a new airport has begun operations in southern israel’s negev desert. located in timna, the ‘ilan and asaf ramon international airport’ is located 11 miles (18 km) from the red sea resort city of eilat and is the country’s first civil airport built from scratch. the project was designed by amir mann-ami shinar architects and […]

Communism collapsed in Albania around 1991. Before, the country lived in severe isolation even from other socialist countries, a situation comparable to the disconnection of North Korea today. The violence during the regime found an equally violent counterpart in the way the country opened up to a so-called ‘free market regime’, which was in reality a destructive mix of pyramid schemes, widespread corruption and anarchy. Also the urban environment suffered from this, being victim to cancerous illegal settlements. People were building everywhere: on rooftops, in courtyards, parks and riverbeds.

The 20 shortlisted projects for the 2019 Aga Khan Award for Architecture have been announced. Located in 16 different countries, the shortlisted schemes will compete for a US$1 million prize fund that recognizes all parties involved in the conception, design, and realization of a built project.

the terminal building is clad with insulating aluminum triangular panels, continuous from the wall to the roof to create one single mass.
The post ramon international airport opens in southern israel’s negev desert appeared first on designboom | …

The project CHILHOOD HOME is located in Saint-Genis-Les-Ollières, Rhône, France. It’s composed to a nursery, a recreation center and a maternel assistant’s relay.

Dealing with data analysis and communication is an important part when it comes to mediating between decision-makers and residents. Architect and Urbanist Lena Pak has developed a personal interest for data visualization in order to improve the communication process in a clear and effective way and she has shared with ArchDaily her last project based on the Pritzker Architecture Prize. A dynamic and interactive infographic that is meant to generalize information about the prize and to highlight curious facts of its distribution.

London-based firm Carmody Groarke and the National Trust for Scotland have celebrated the public launch and debut of The Box in Helensburgh. Designed for the Hill House by Scottish architect Charles Rennie Mackintosh, the project was made to conserve one of Scotland’s most important buildings. First announced in late 2017, the endeavor aims to preserve the building and its iconic facade from extensive moisture damage. 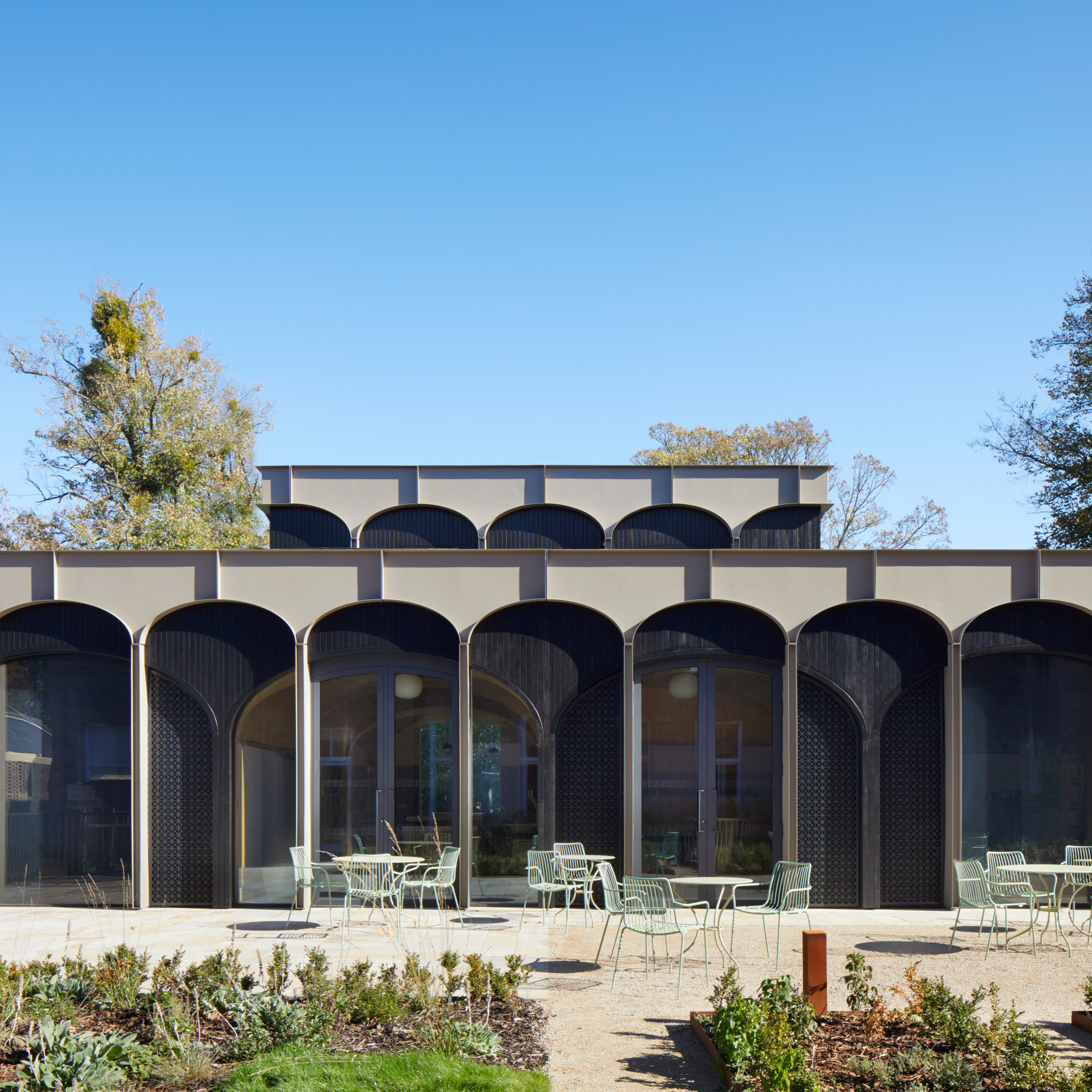 Morris + Company has wrapped a metal arcade around a vaulted timber restaurant pavilion at Wildernesse House, a retirement living scheme in Kent. Raised on a heavy masonry base to deal with its sloping site, the restaurant’s contemporary facade takes visual cues from the arched windows of the adjacent Grade II-listed main house. The pavilion sits within

In case of fire, protecting the lives of people is the most important. All occupants of the building should have the opportunity to evacuate on time, and the time available depends largely on the materials chosen and their behavior during fire exposure.

This former barn constructed of rubble masonry is in the center of the village of ollon, which is densely built-up. The ground floor is a single space, broken up by a utility area. The living room is to the west, next to the entrance, and the main bedroom, which is on a slightly higher level, is to the east. This difference in levels between the living area and the sleeping area reduces the spatial impact of the utility area on the sleeping area and gives the sitting room some height. The floor line is the same as that of the present sloping floor and is therefore compatible with the existing wall openings.