This rural Quebec chalet from the 1960s faced demolition, but was salvaged and given a new life by Montreal-based studio Alain Carle Architecte, which sought to restore the home’s original charm. 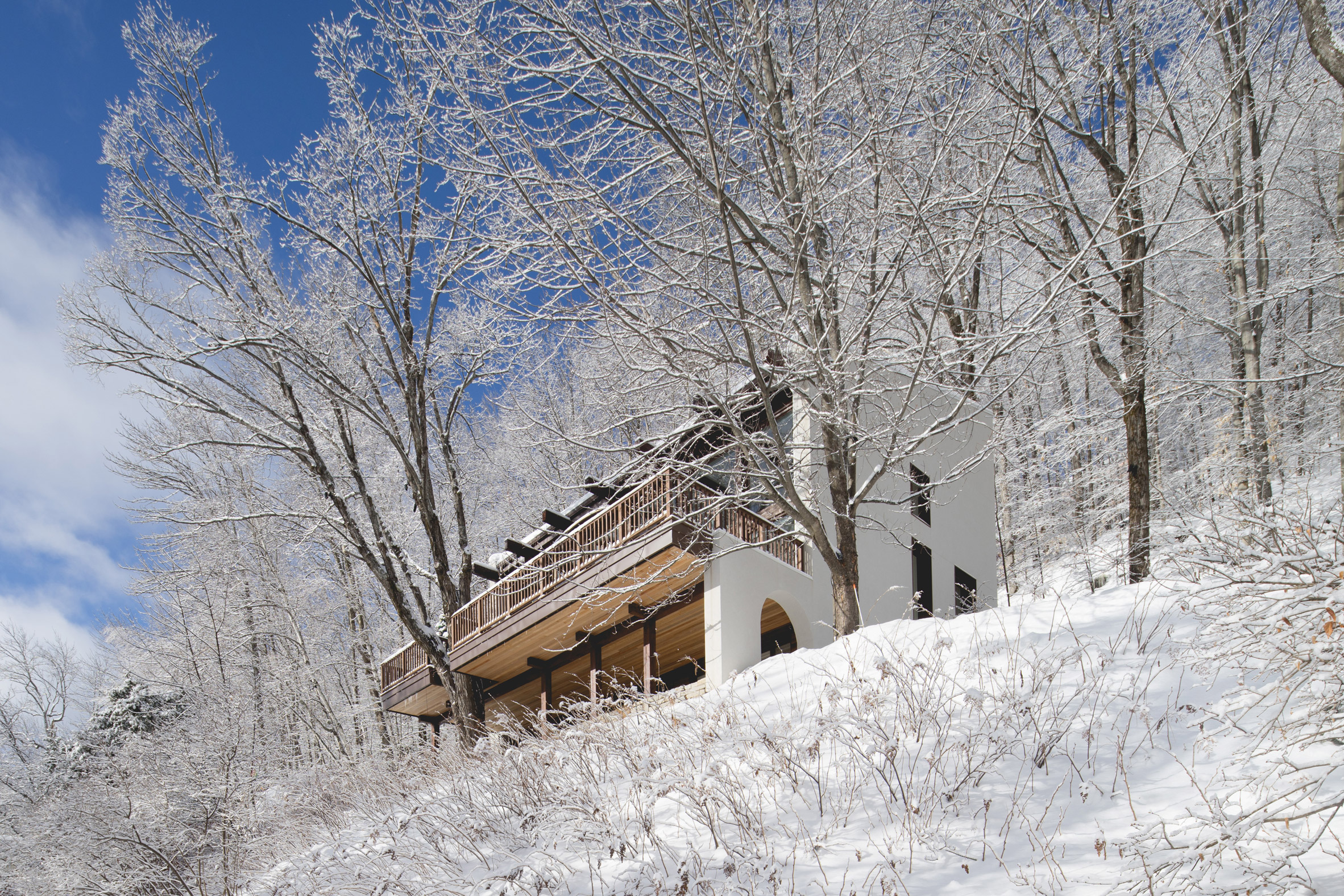 Located outside the town of St-Sauveur, in the Laurentians region, Résidence Maribou was in need of more than a facelift, as its structure, insulation, and cladding were all compromised. However, the owners couldn’t bear to tear it down, so opted for an extensive overhaul. 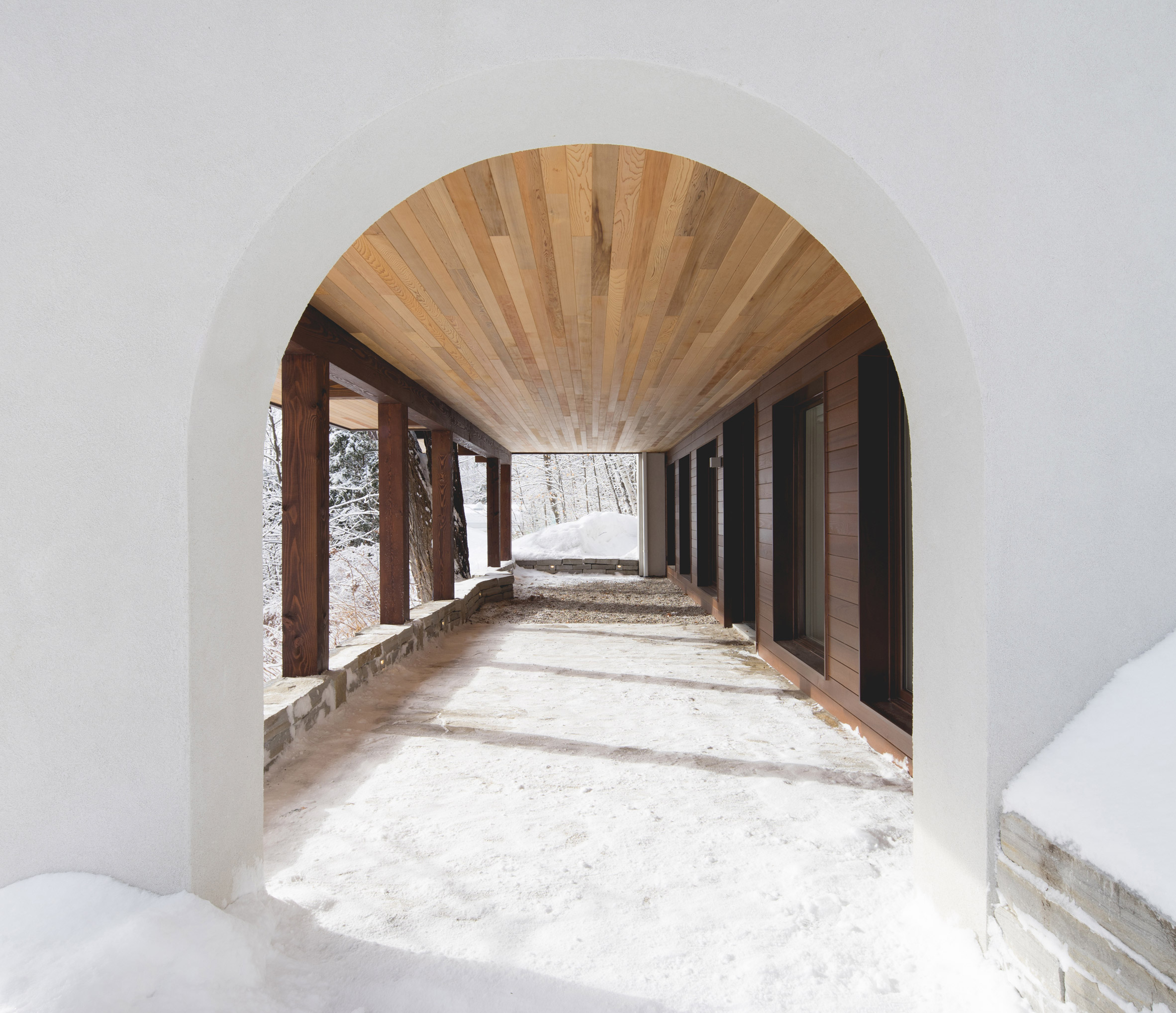 “The home’s charm pushed the owners to invest in renovating, rather than demolishing the home,” said Alain Carle Architecte. “The goal was to maintain its original character, while modernising several aspects and improving its functionality.” 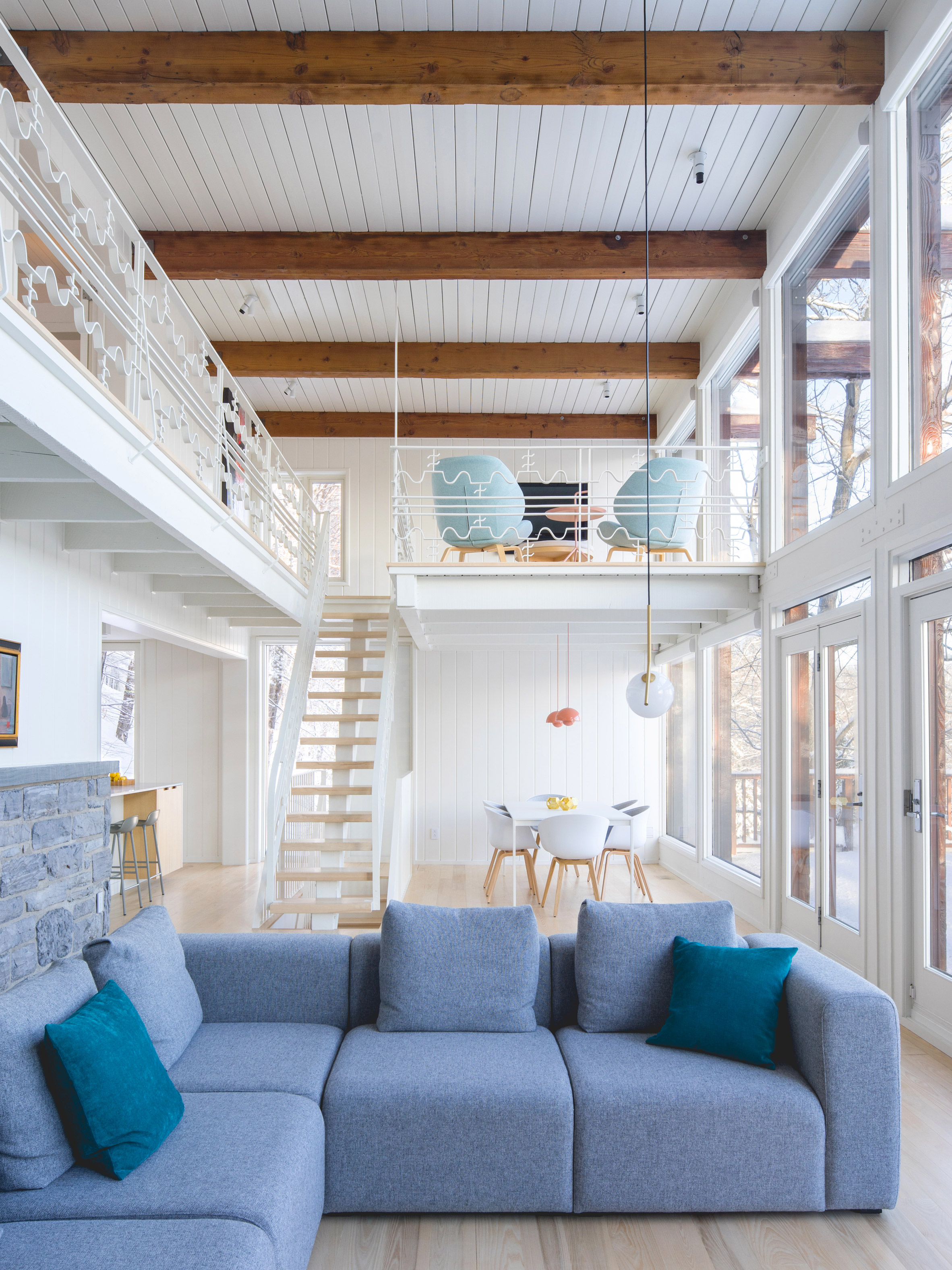 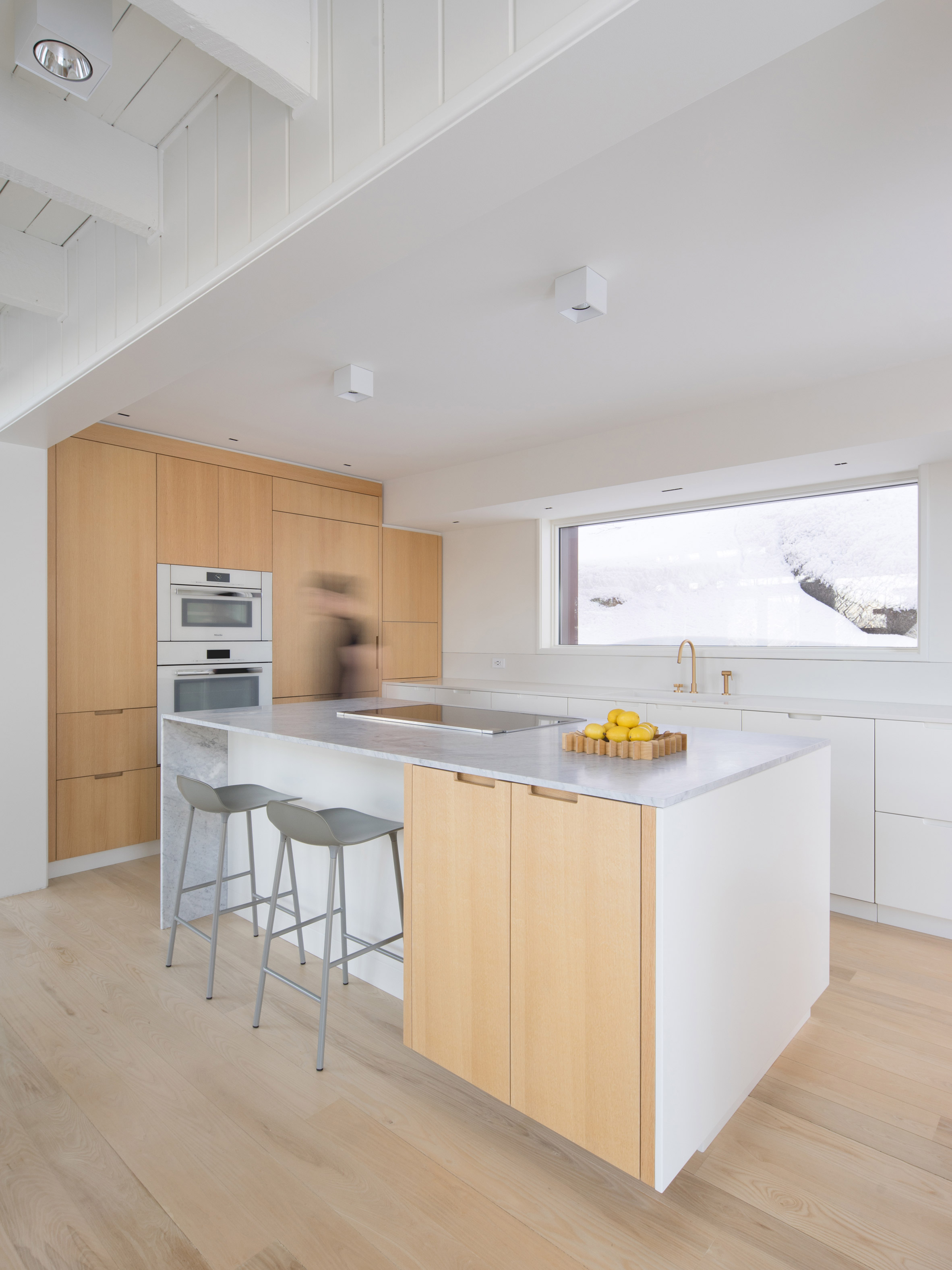 There are now fewer steps to climb to access the entrance, which is marked by a new arch built underneath the balcony.

The lower level, which is partially sunken into the landscape, includes a guest bedroom, family room, and service areas such as a laundry room and storage room. 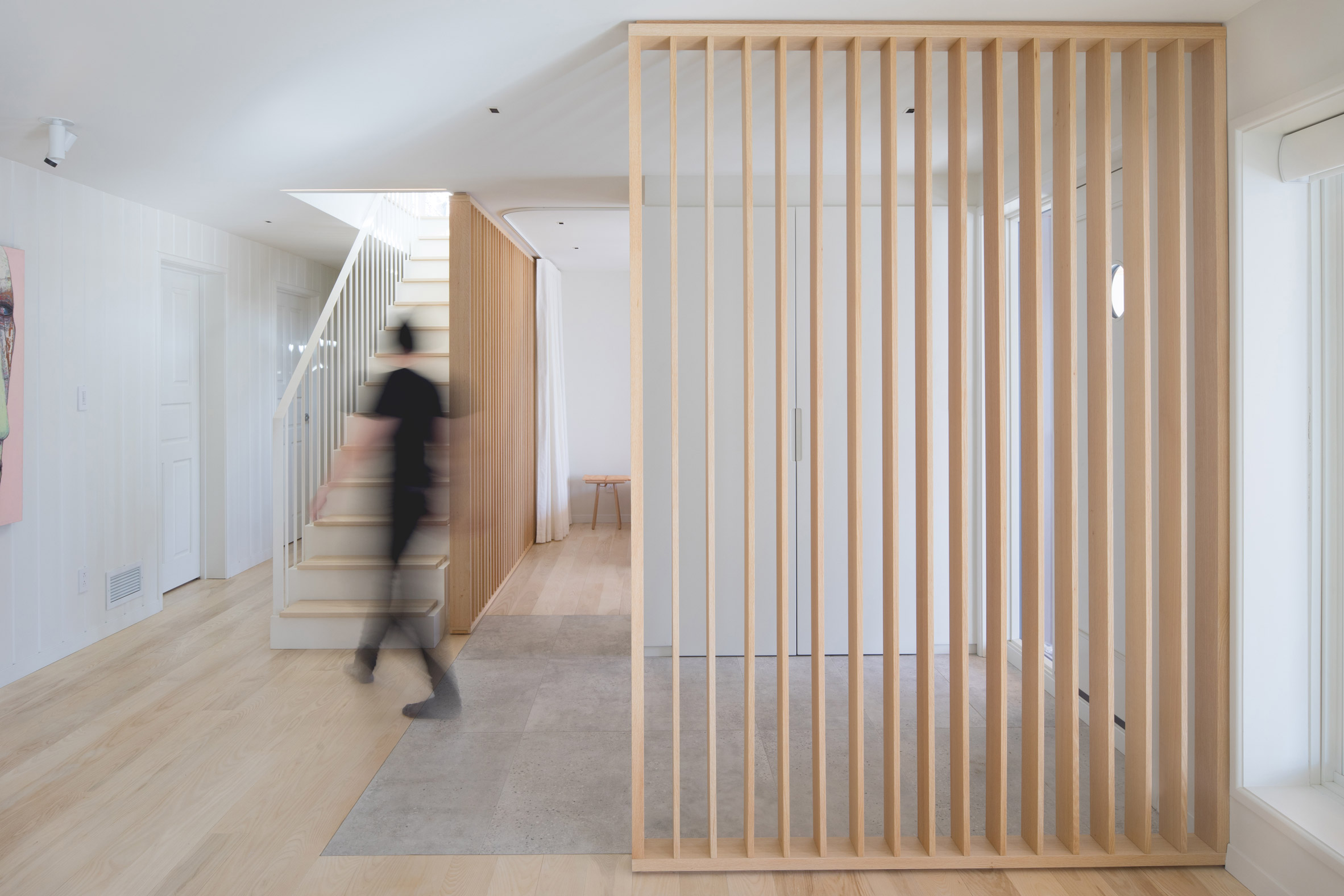 A white steel staircase with wooden treads leads to the open communal areas. Here, the double-height space receives ample light from the glazed facade that opens out onto the deck.

In this room, the architects restored an existing monumental stone wall, as well as the mezzanine’s steel balustrade, which features quirky geometric detailing. There is another guest bedroom on this level, in addition to the kitchen, living and dining areas. 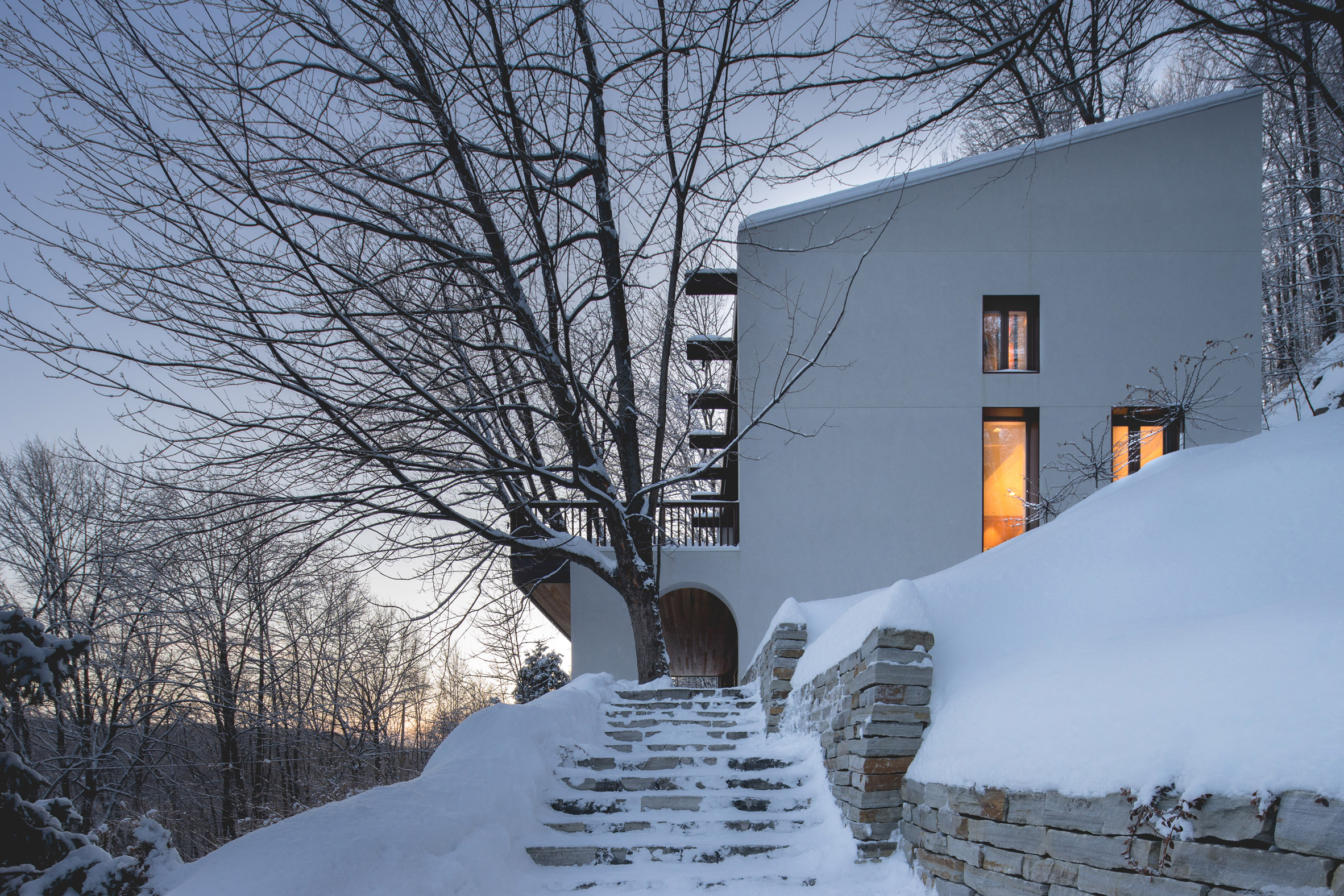 The master suite is on the topmost level, and occupies the entire length of the home. This storey is stepped back, and includes a small sitting area that overlooks the living room below.

With the interiors, Alain Carle Architecte referenced mid-century Scandinavian design. “Originally built in the 1960s, the house featured the traits of that period’s Scandinavian architecture,” the studio said. 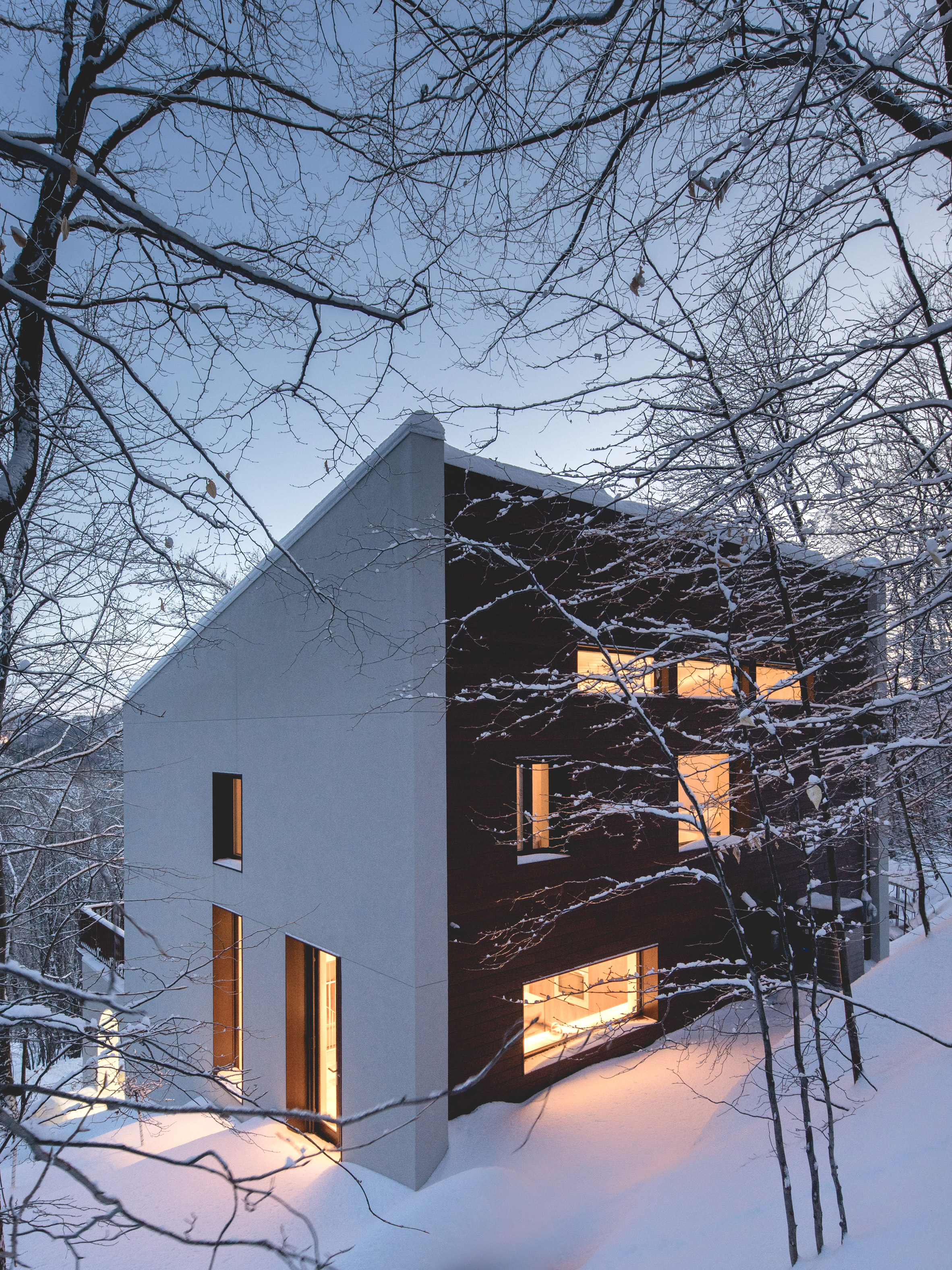 Minimalist finishes such as pale wooden floors and unadorned walls are complemented by accents like colourful fixtures and retro furniture.

The Montreal-based studio has completed a few other residences in the Laurentians region, a popular ski destination. They include an estate made up of four volumes that join in a single point, and a home that has its upper and lower floors divided by an broad terrace.

Photography is by Raphael Thibodeau.