atelierco architects has renovated a traditional house in yokohama, japan, with great attention on maintaining its use as a gathering space, as well as its relation to the outside garden. originally built in 1964 by the client’s grandmother, the house comes with the unusual feature of having the living space and garden on the same level, which the architects have accentuated by transforming the outside space into another ‘room’ of the family residence. 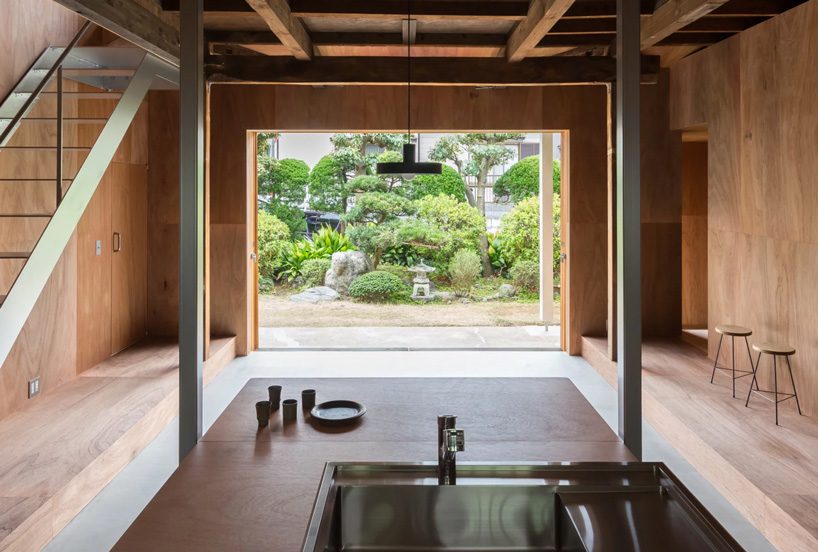 all images by jumpei suzuki

atelierco architects has refurbished the residence’s living space to allow the client’s extended family to gather often, by creating an easy-access route from the garden to the living room through a large sliding window. framing the outside scene like a picture, the window is draped in a multicolored curtain that enhances the boundary between exterior and interior. the japanese studio replaced some of the old damaged wooden pillars in the house, some of which were changed by steel ones which have also been used to hold the large table (1,700mm × 2,000mm) built for parties. 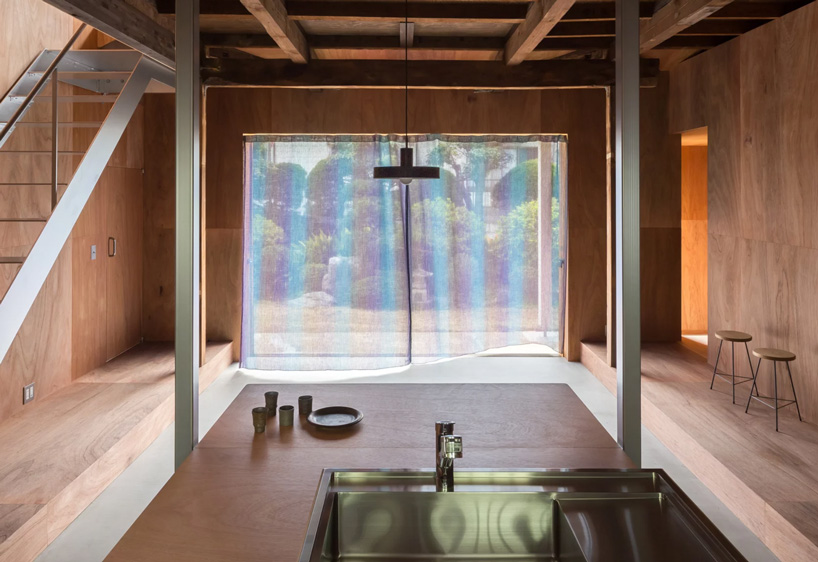 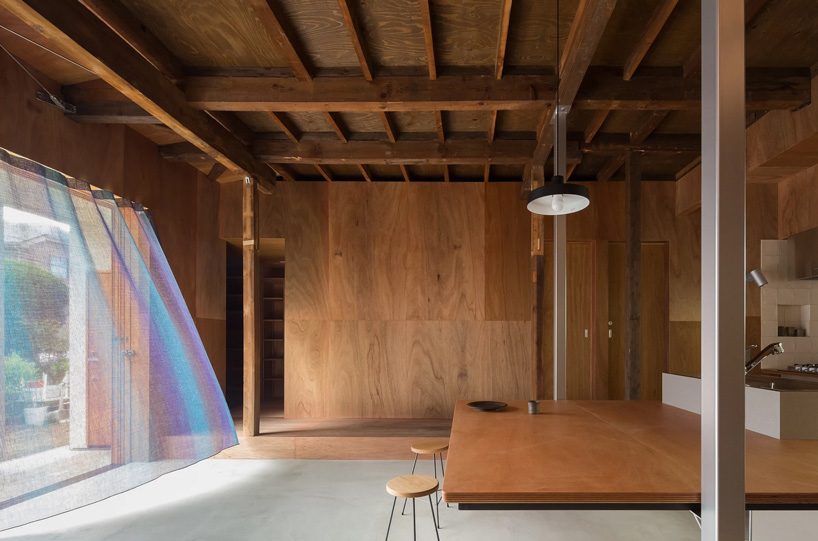 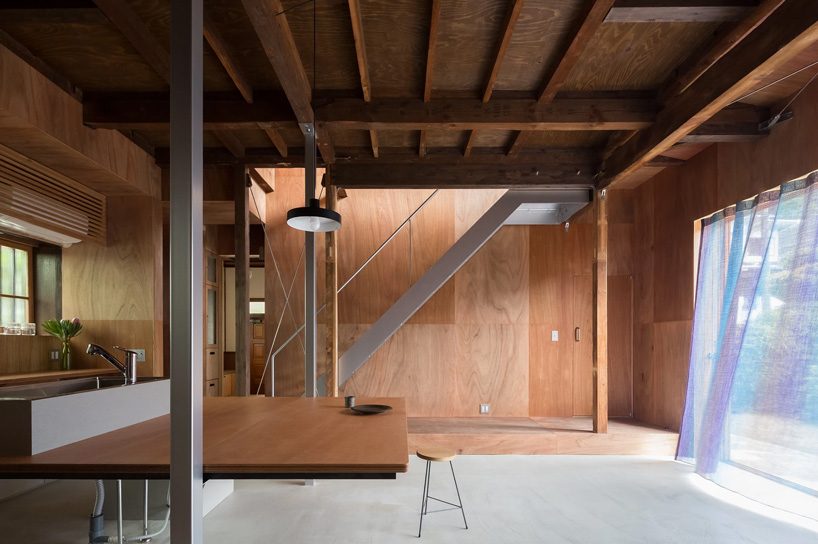 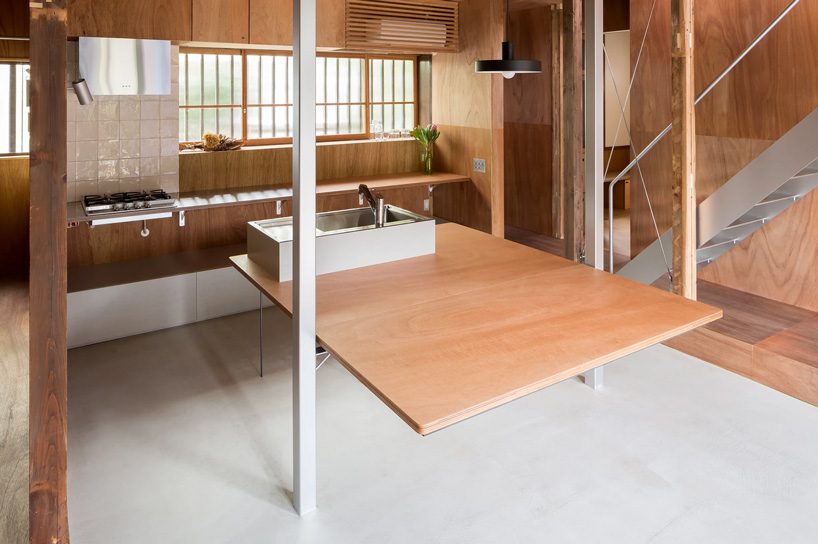 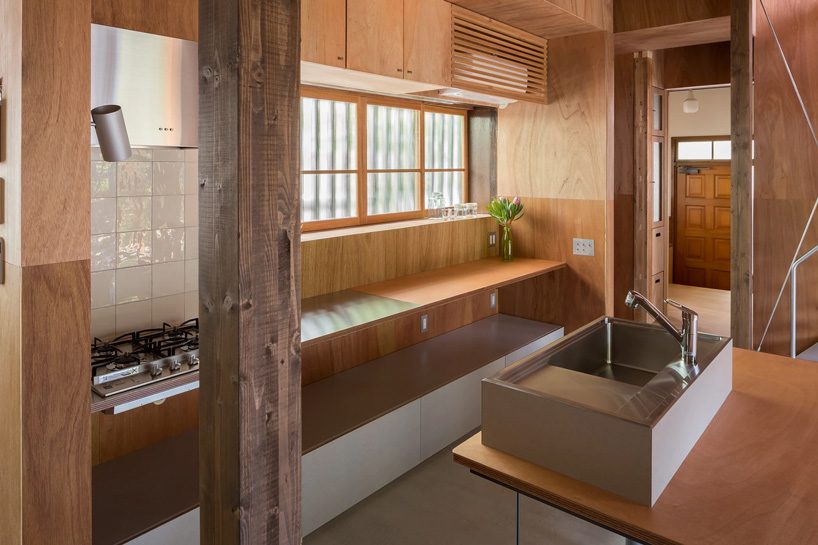 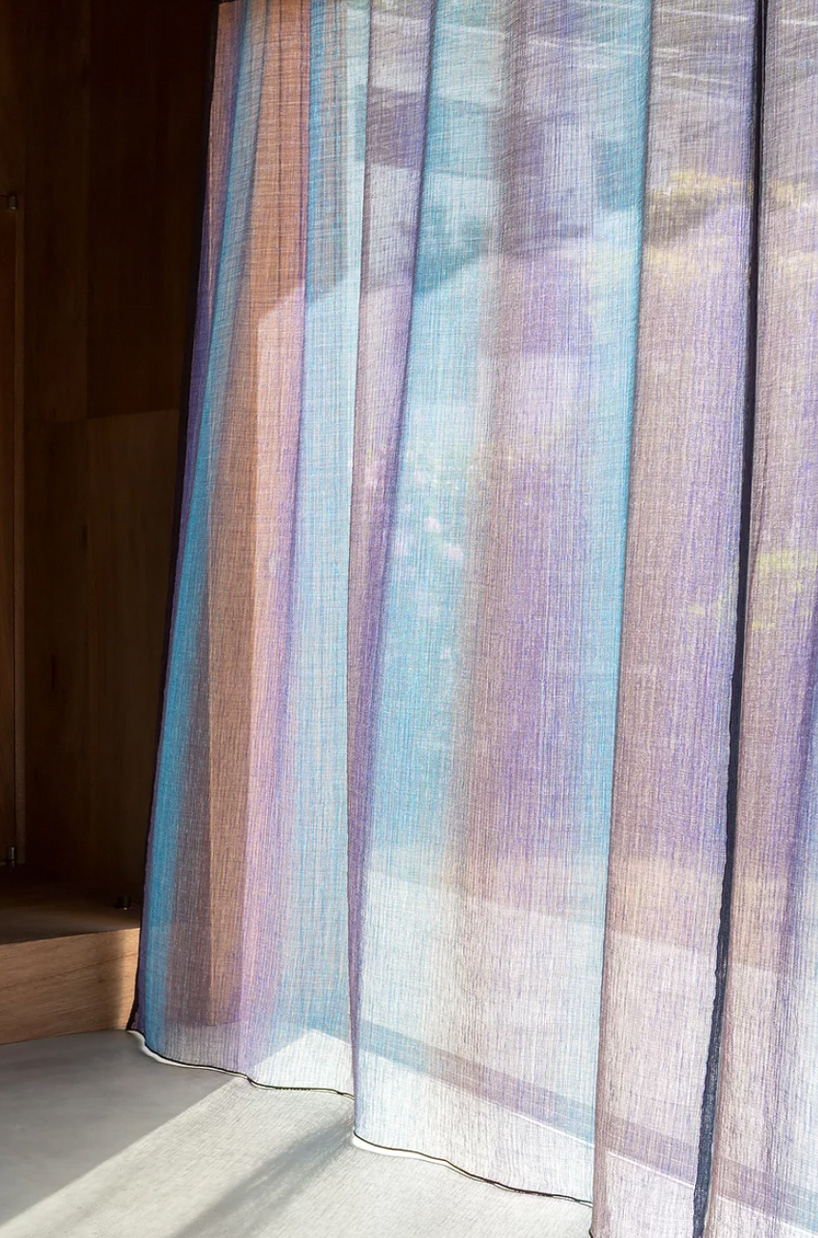 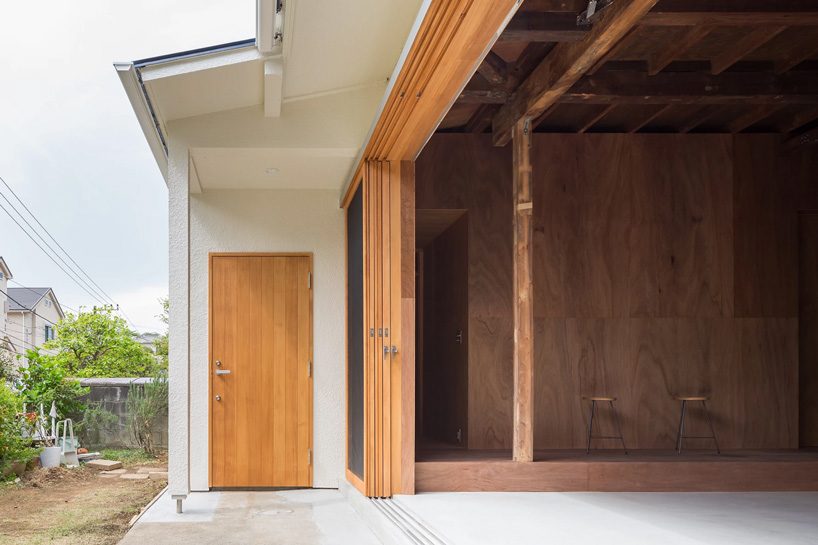 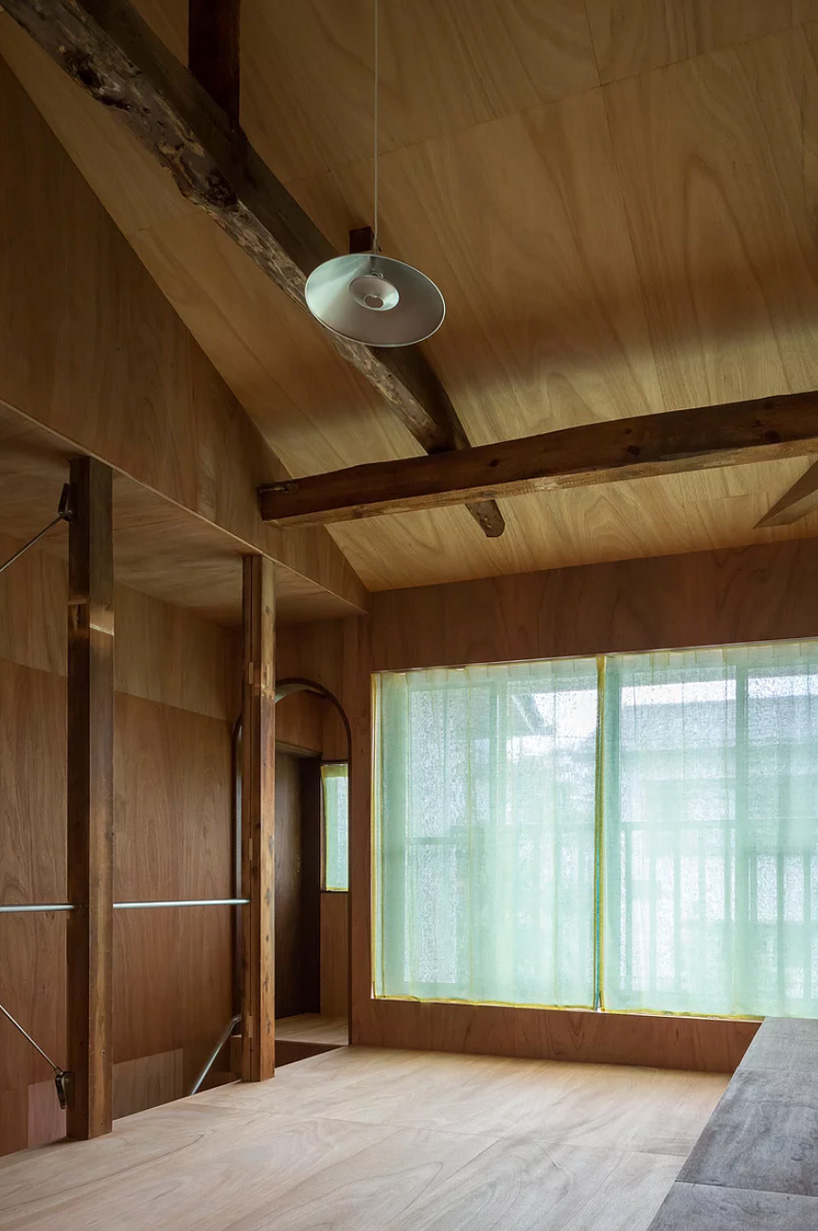 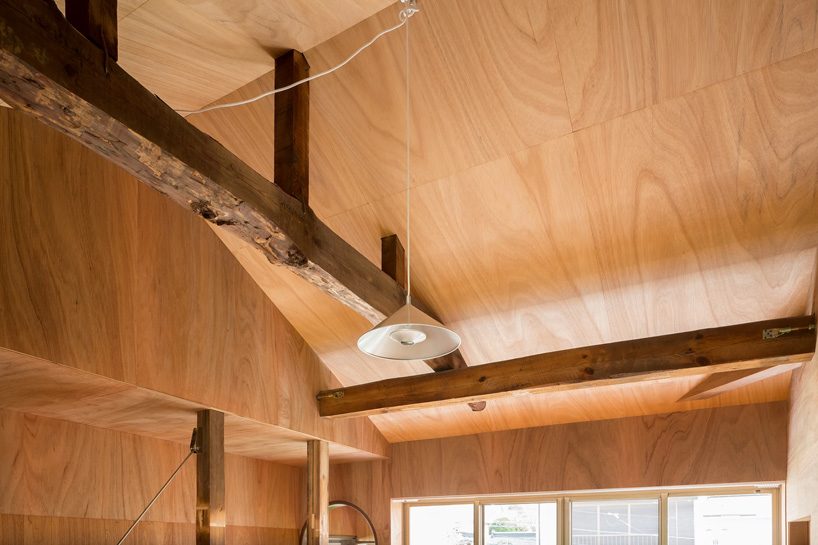 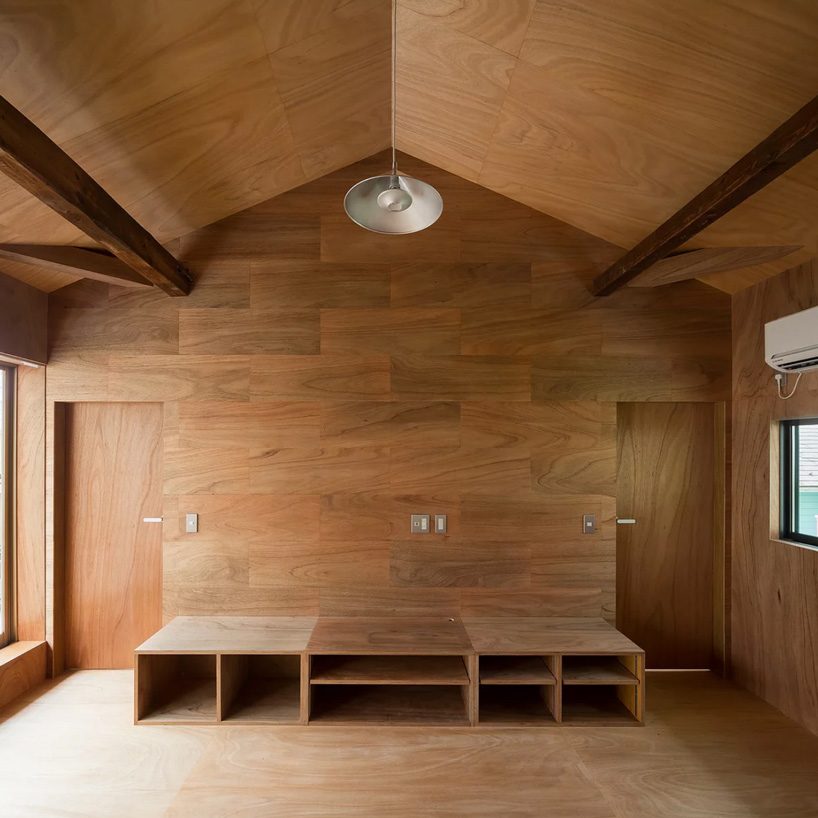 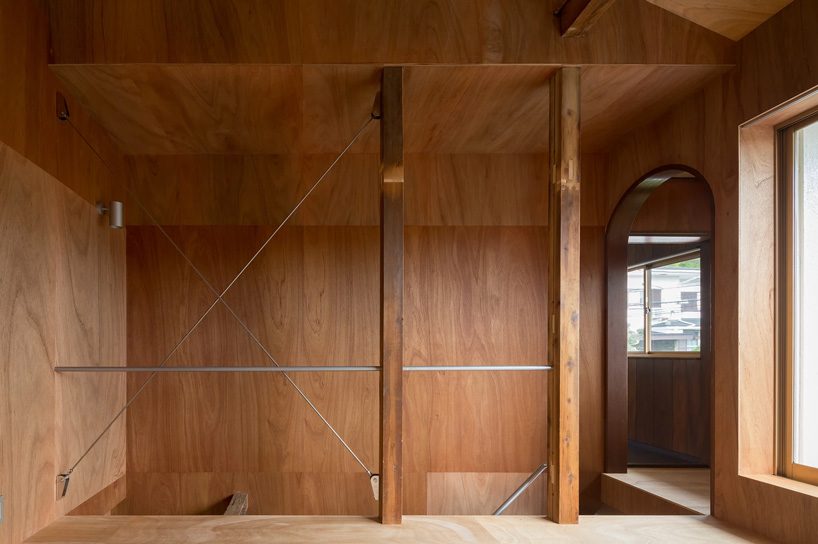 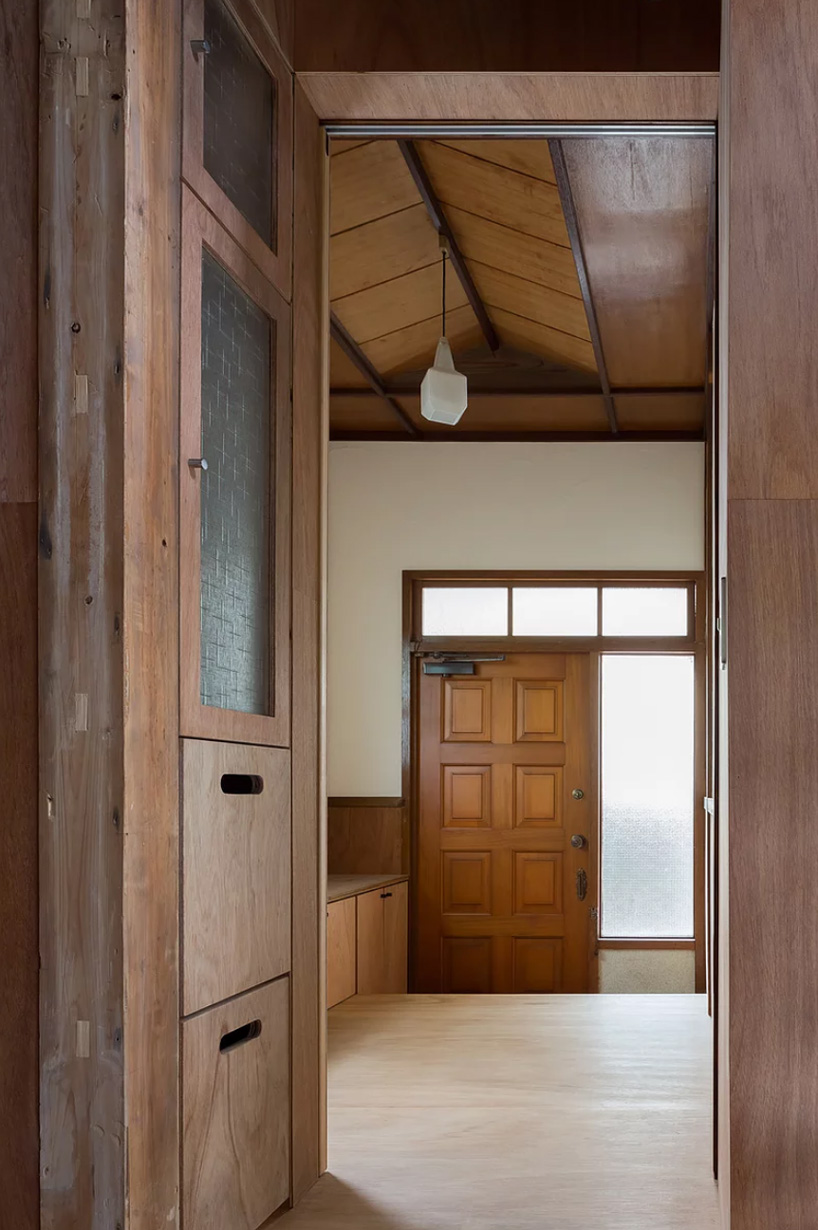