AutoCAD has several graphic card compatibility issue already. This one becomes prevalent in the last few weeks. When you draw objects with red color, you will see it in the display as blue.

This image is from an Autodesk forum topic. As you can see, the object color is set to ByLayer, and it’s supposed to be red. However, the color is shown as blue.

This issue probably arises because of a recent update. I haven’t found which update the culprit is.

The temporary solution is to turn off the hardware acceleration. This solution is basically can fix most AutoCAD graphic card compatibility issues.

If you don’t know how to turn off hardware acceleration, type 3DCONFIG then press Enter. Switch the Hardware Acceleration off. 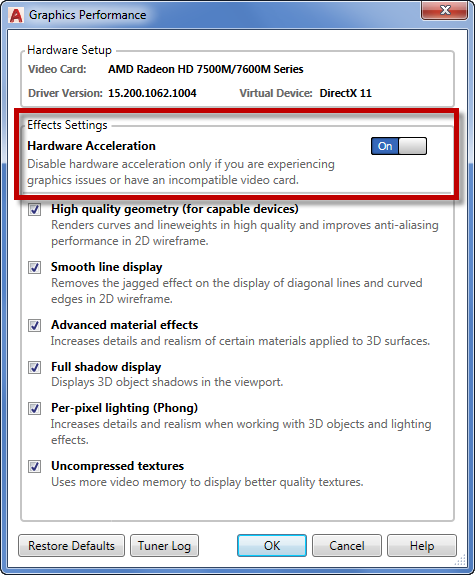 It is surprising that AutoCAD has so many graphic issues as it’s mainly a drafting software. Yes, it is also for 3D modeling in AutoCAD verticals. But I don’t see another software that has so many issues with the graphic card.