Carter Williamson Architects has combined textured black surfaces with large panels of glazing to bring light into the previously dark interiors of this family home in Sydney, Australia. 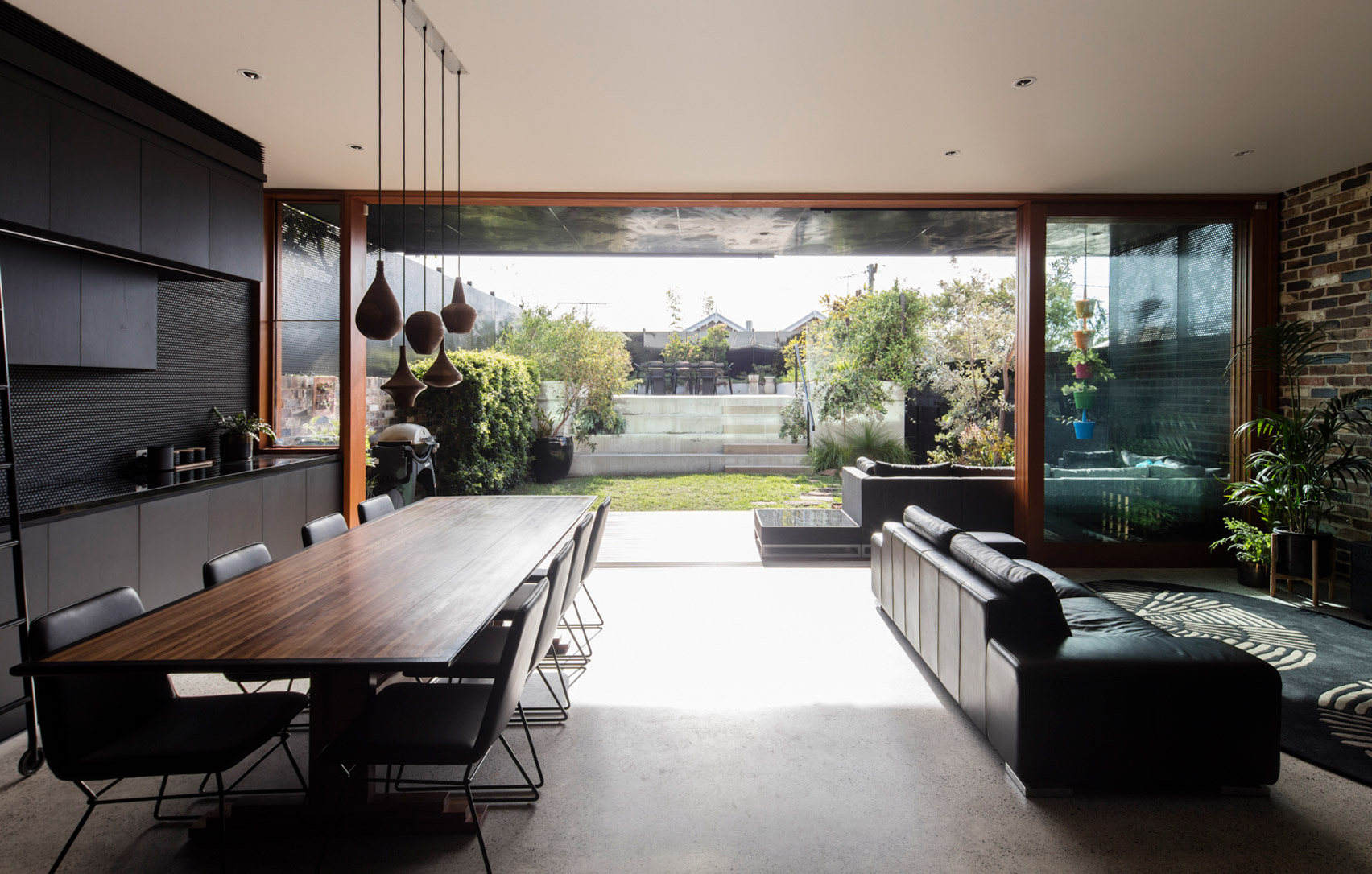 The property is set within the city’s Balmain suburb and belongs to a couple and their two young children.

They approached local practice Carter Williamson Architects to add an additional floor to the single-storey home, but also mentioned that they were unhappy with its disjointed layout and limited access to natural light. 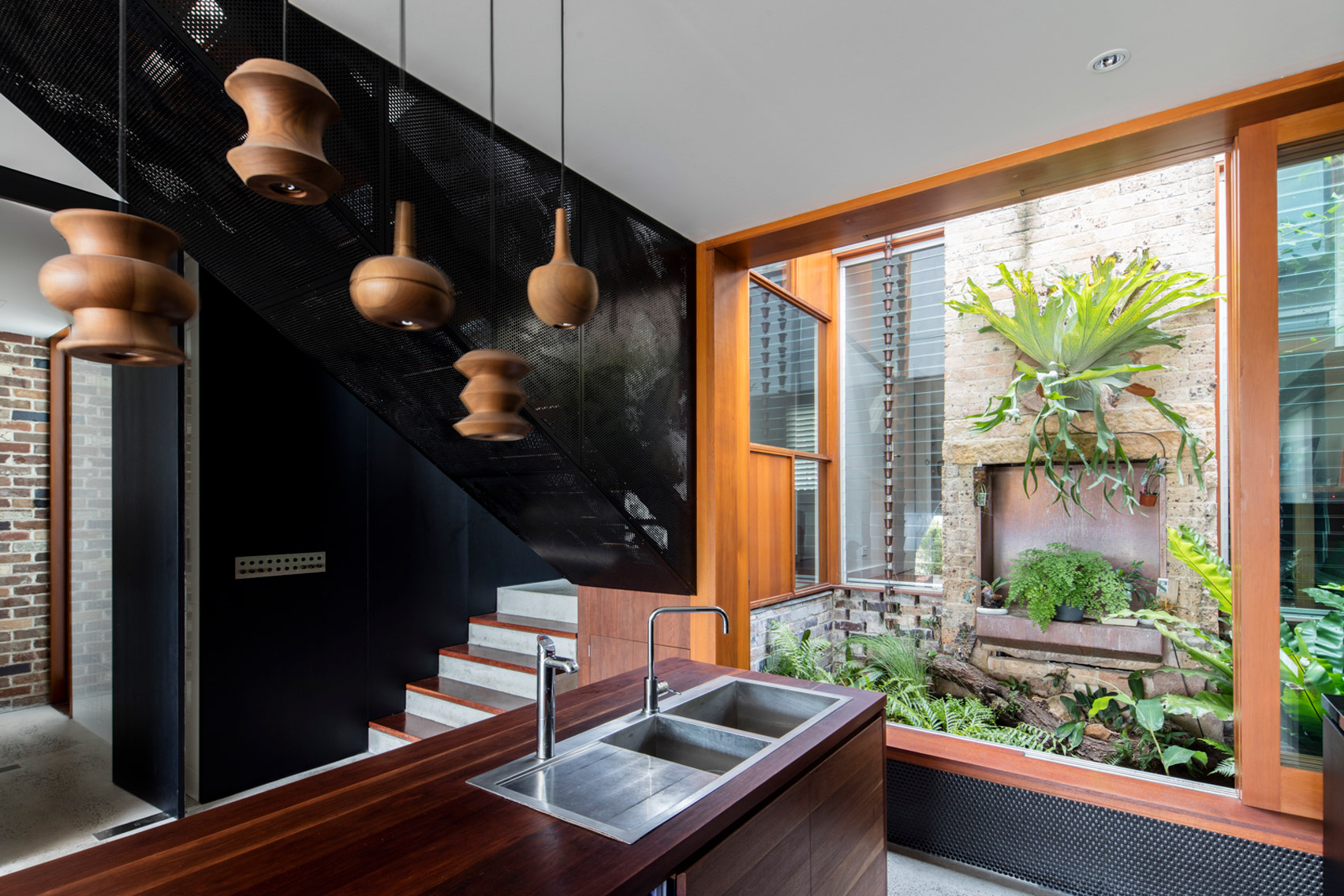 The practice replaced the original house’s various additions with a two-storey extension that has a large open-plan living area and a bathroom on the ground floor, with bedrooms and two further family bathrooms above.

The ground floor space has been fronted with full-height glazed doors that allow for optimum levels of sunlight, while a small greenery-filled courtyard sits between the original building and the extension. 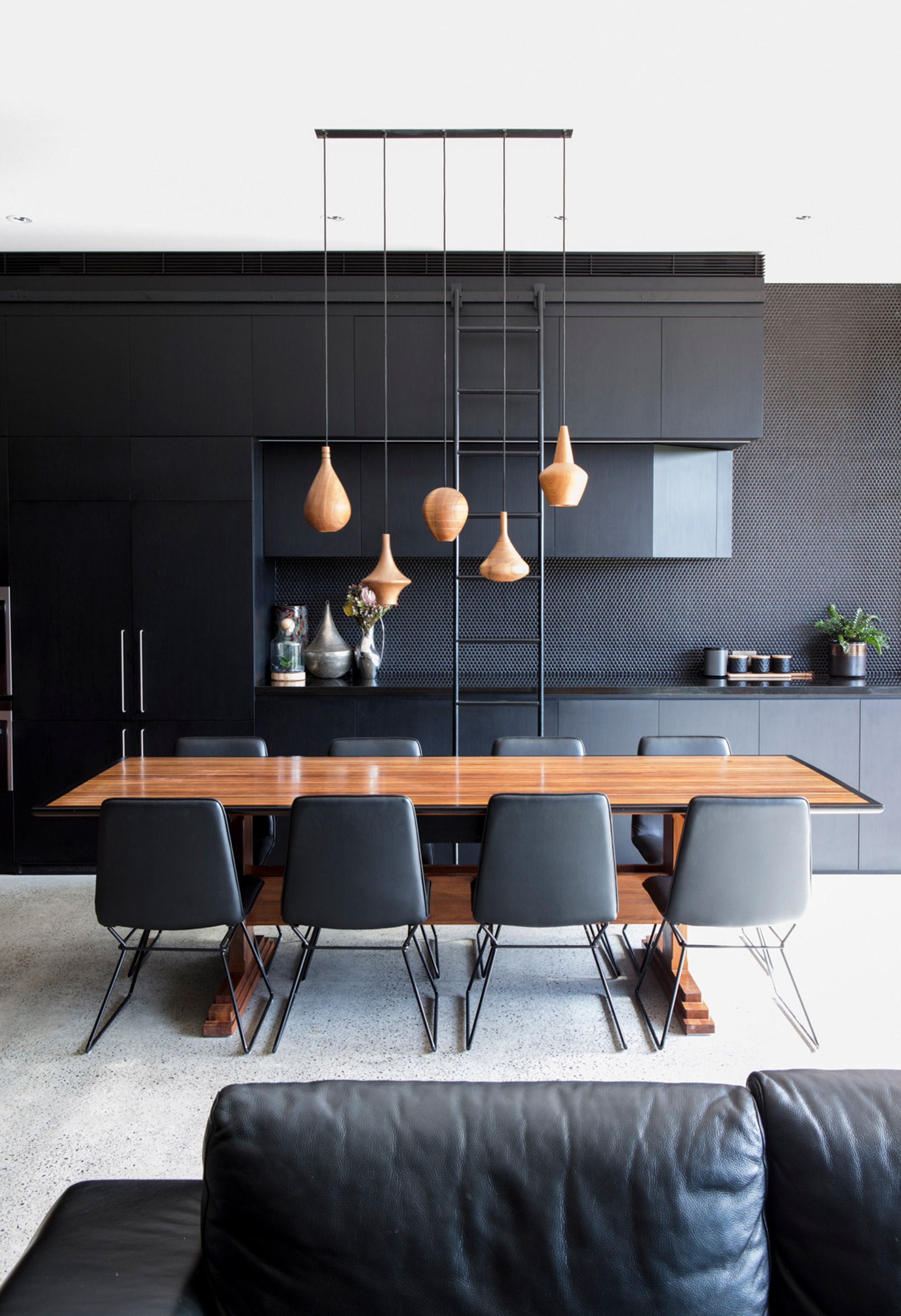 To achieve this the backyard first had to be excavated and lowered in order to minimise the visual impact of the new structures.

“Working in dense inner city areas if often a negotiation between achieving good design outcomes within the constraints of planning and impact to adjoining neighbours,” Ben Peake, architect at the practice, told Dezeen.

A series of black metal panels punctuated with small holes have been erected around the perimeter of the garden to provide privacy from nearby properties – they also lend the property its name of Screen House. 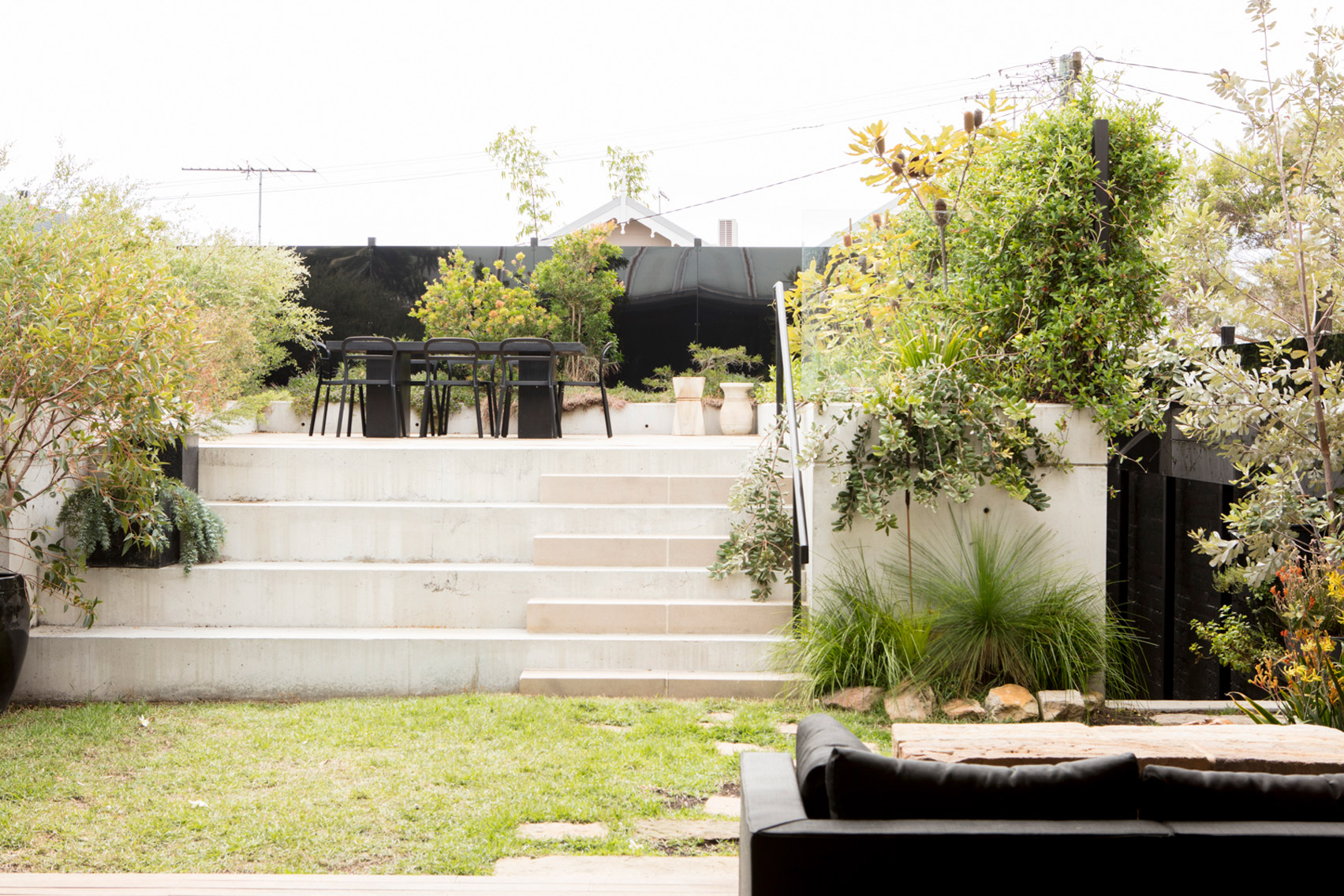 “When we were thinking about abstract patterns to create the perforated screen, we looked to nature. Initially, we experimented with different tree and plant images, in a way the screens would filter light the same way leaves on a tree do,” Peake explained.

“By perforation there is a level of transparency, and the different sized holes create a texture on an otherwise flat plane,” added the architects in a statement. 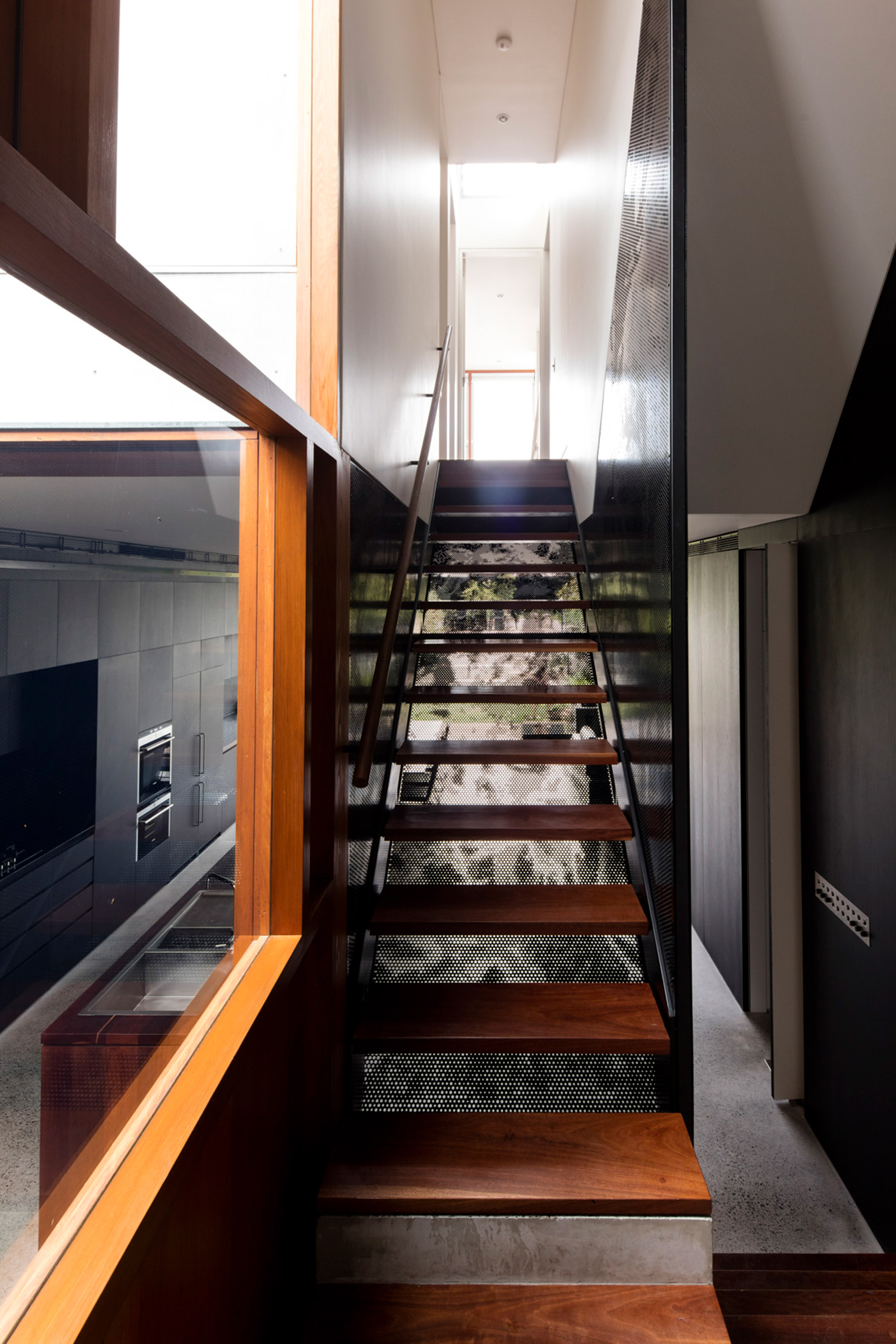 This aesthetic feature is echoed inside the home where a handful of black bubbled walls have also been introduced. These can be seen in the kitchen, which has been completed with matching dark oak cabinetry, and a bathroom that features an asymmetric pitched roof.

The staircase of the property has also been relocated to allow a better transition between rooms and made to feature perforated metal treads. 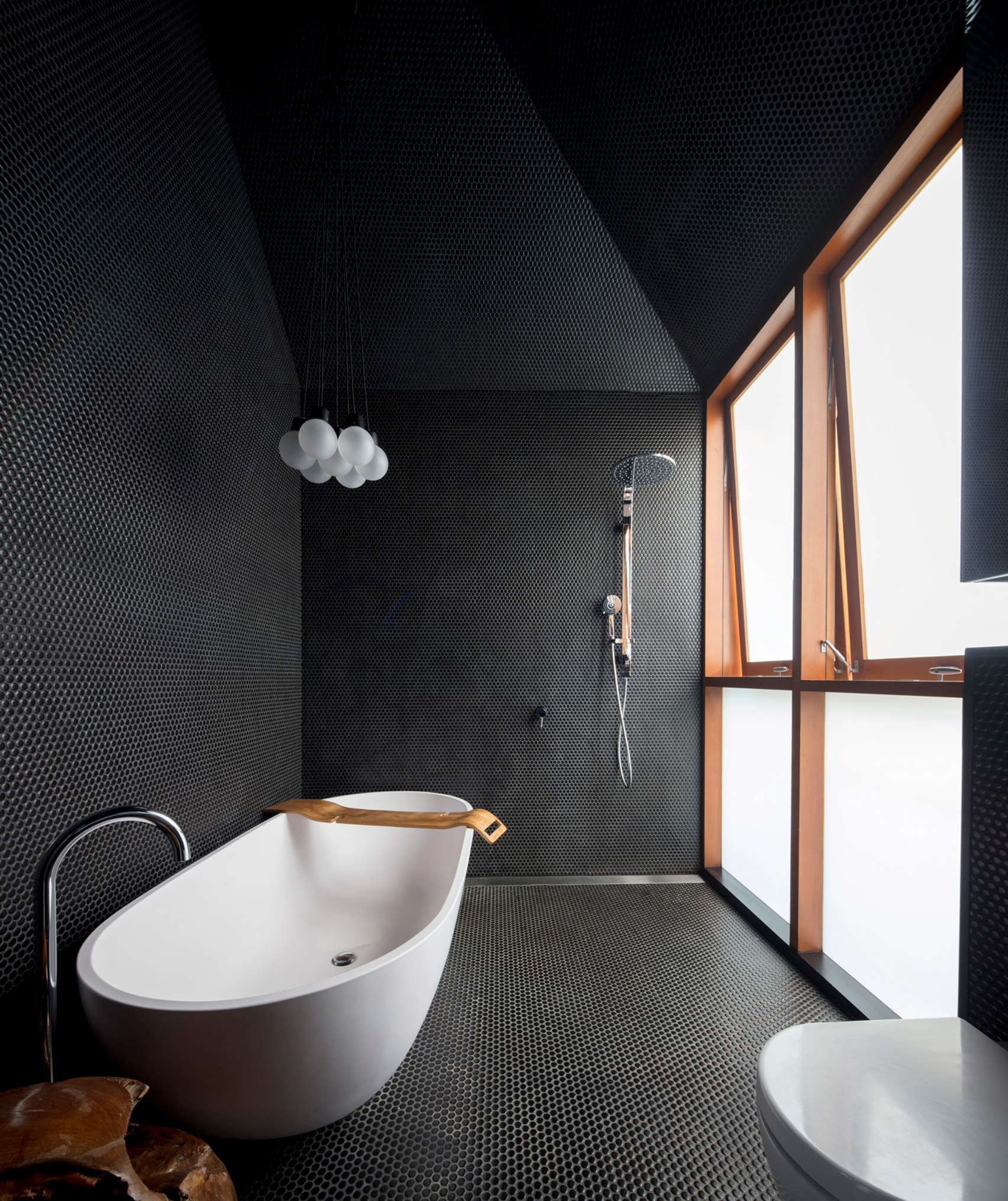 Interest is added throughout the home by a host of wooden fixtures and furnishings such as the window frames, breakfast island and pendant lights that are suspended about the dining table.

Carter Williamson has previously brightened the interiors of another Sydney home by introducing faceted ceilings with large skylights into its kitchen and dining area, inspired by the form of Le Corbusier’s iconic Sainte Marie de La Tourette monastery.

Photography is by Brett Boardman.