This house in Japan’s Tokushima prefecture appears as a nondescript industrial unit from the road, but inside architecture practice CAPD has hidden a bright, high-ceilinged family home.

The Japanese studio designed the 137-square-metre residence to run almost the full length of the plot, with the gabled roof interrupted to create a courtyard and first floor balcony.

From the outside, the bisected roof gives the property the appearance of two distinct volumes, one with an almost flat roof and one sloping. 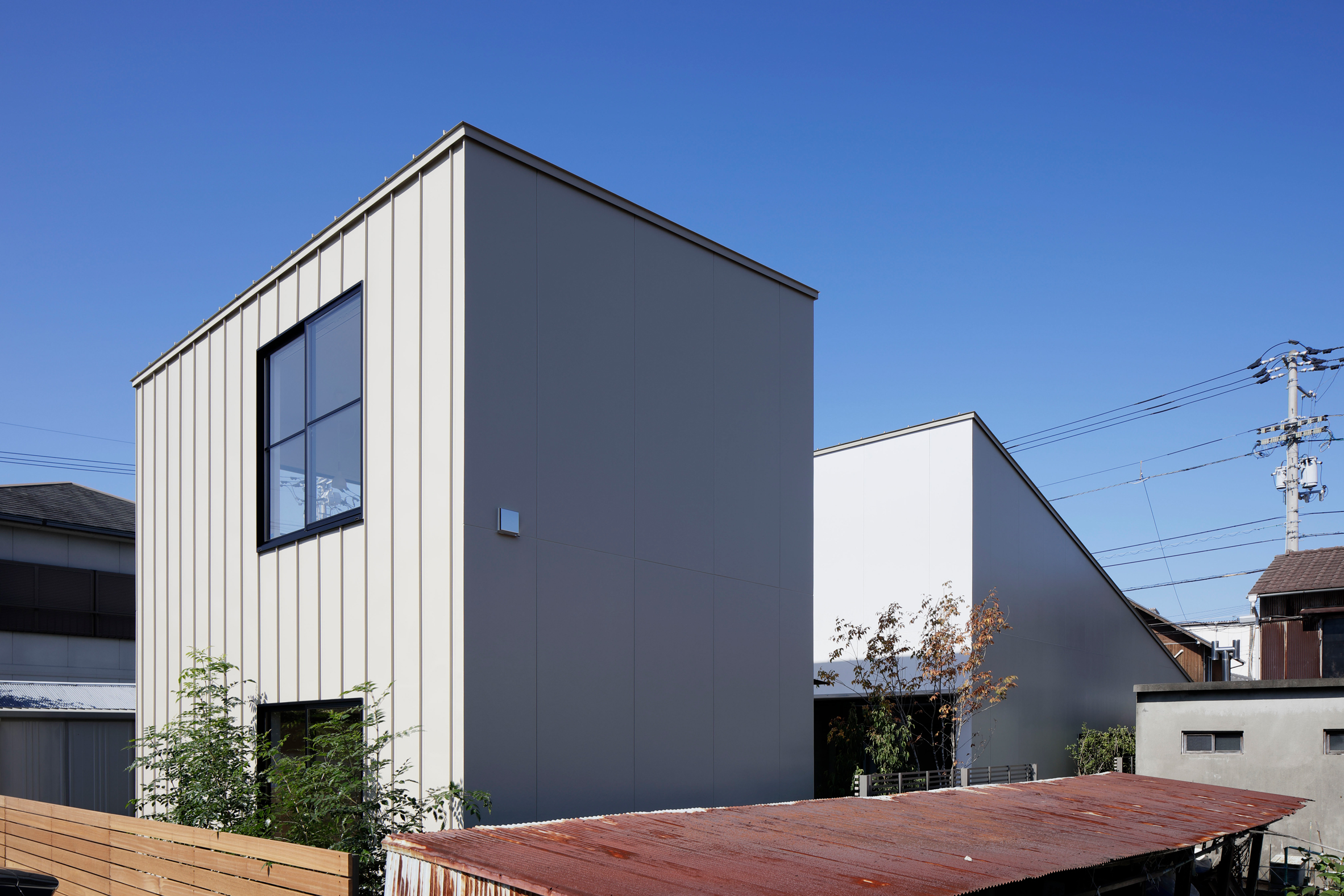 The architects called it the Hi-Lo house in reference to both the sloping roof and the fact that, despite it’s unassuming “warehouse” exterior, “when you enter, the first impression of the appearance is changed, and it becomes a large space”. 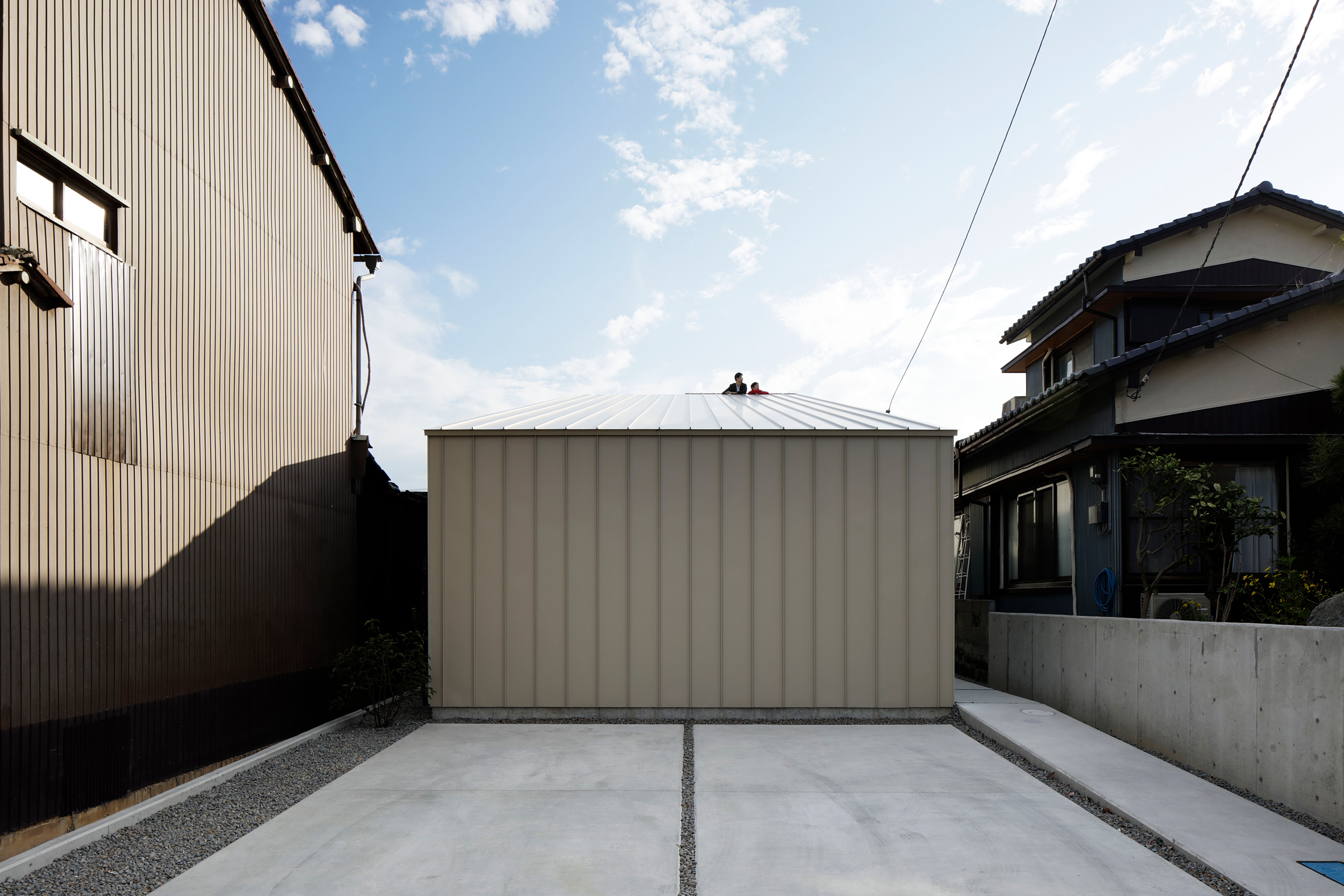 Two poured concrete parking spaces sit at the front of the property, setting the residence back from the road. The entryway is accessed via a path down one side, through a covered porch under the end of the sloping roof.

“It’s just this, but it’s a nifty space to keep your privacy, your bicycle, and your luggage when you open it when it rains or when you lock it up,” explained the architects. 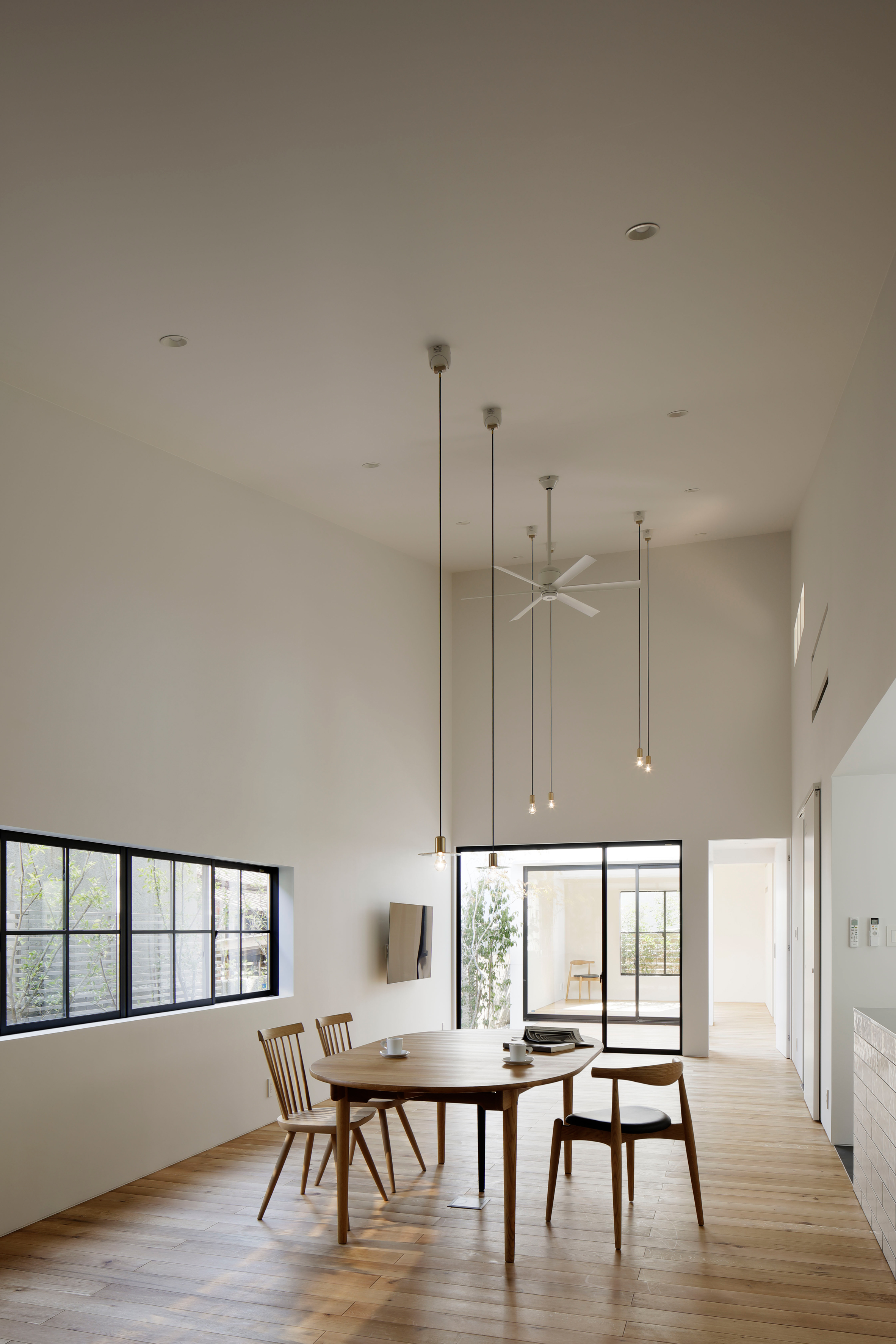 Turning again into the house through the entryway, a cupboard to the right of the door is used for storing shoes.

From here, the room opens out into a double-height open plan space used for living and dining, with a kitchen tucked in to the side. 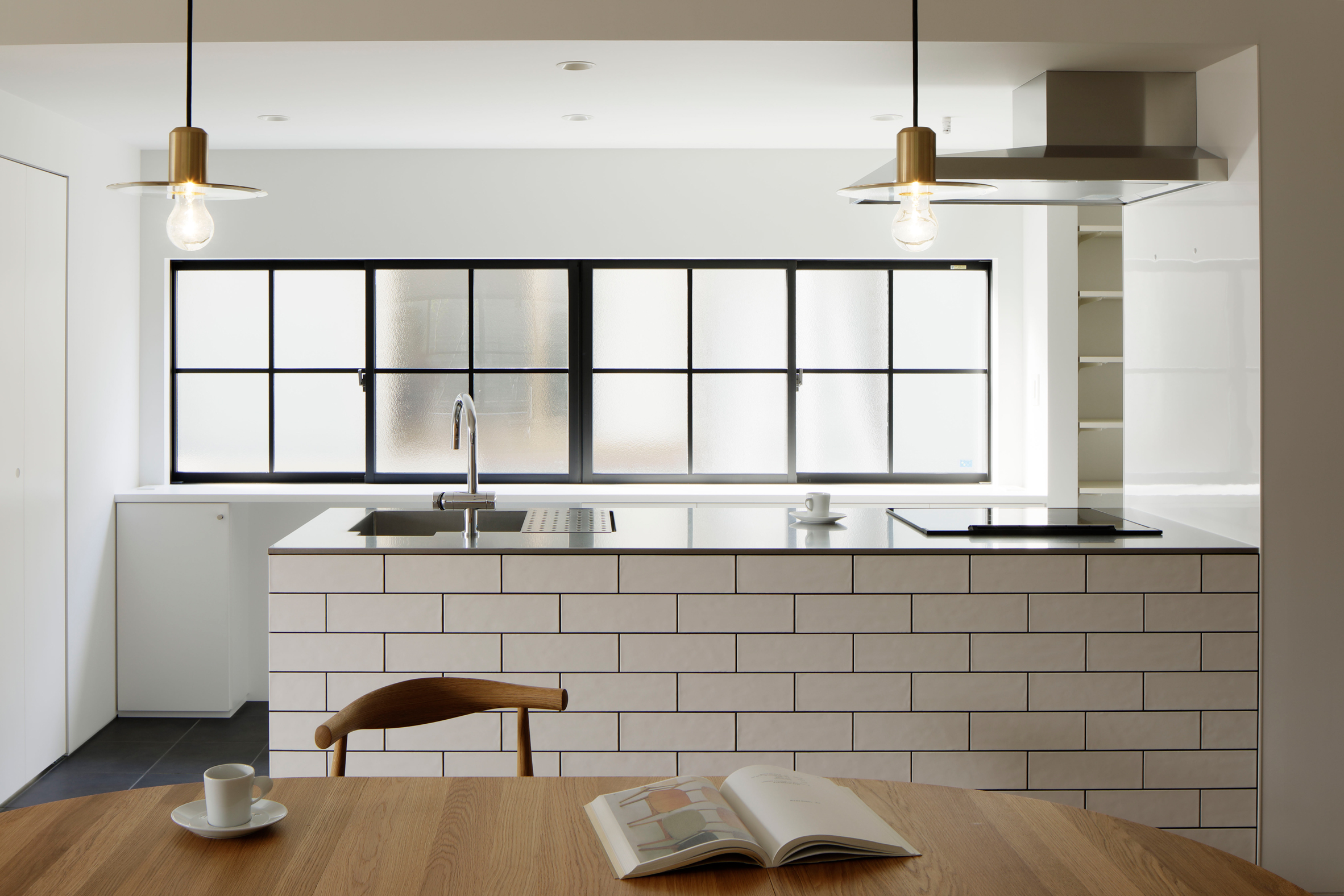 Partially separated by a kitchen island and under a lower ceiling, the kitchen is bookended by a pantry and a utility room.

Large, black-framed windows look out into the garden, and a ceiling glass door opens onto the internal courtyard. The decked terrace is glazed on three sides and open to the garden on the fourth. 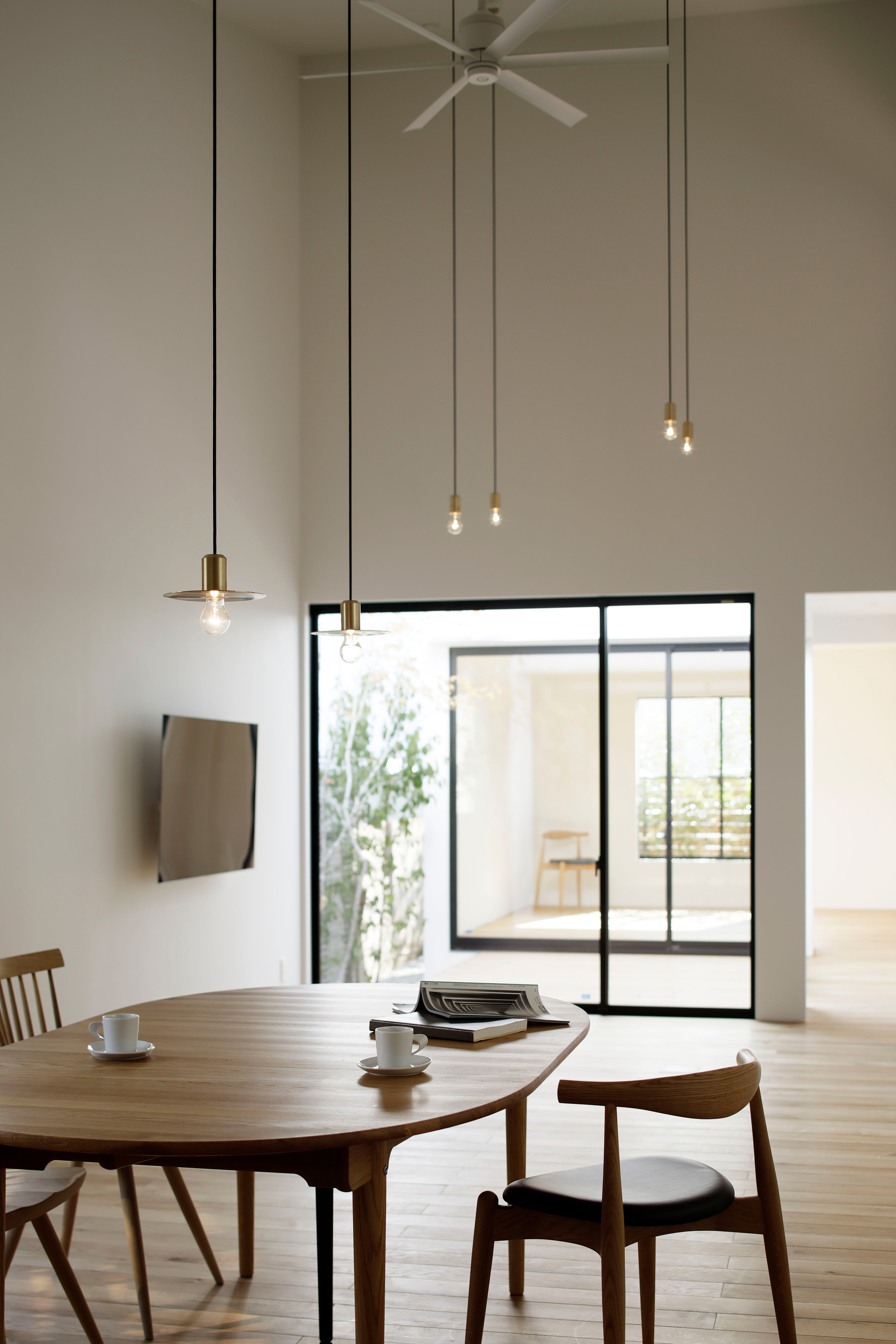 A hallway connects the front part of the house with the sleeping quarters, with a sink room, bath room and toilet off to one side, and a staircase to the first floor.

On the other side of the courtyard the master bedroom and its walk in wardrobe runs the entire width of the building. 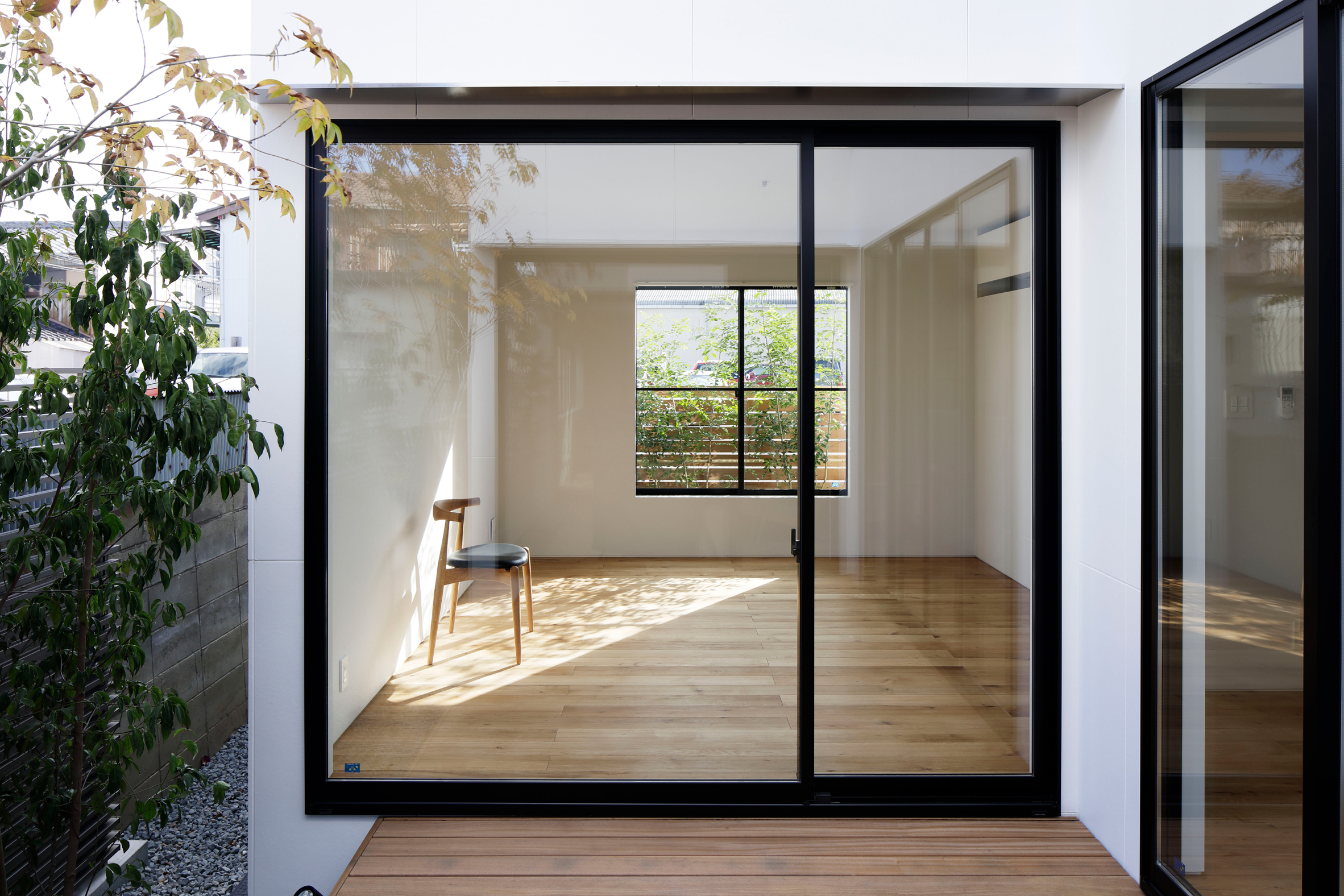 Upstairs, the landing leads to a second bedroom with two built in closets, and an outdoor balcony leading to a room above the kitchen that can be used as a study or storage room.

Comprising just over 137 square metres of floor space, the house is built from a wooden frame clad in tall white panels that are ridged at either end and down the roof. 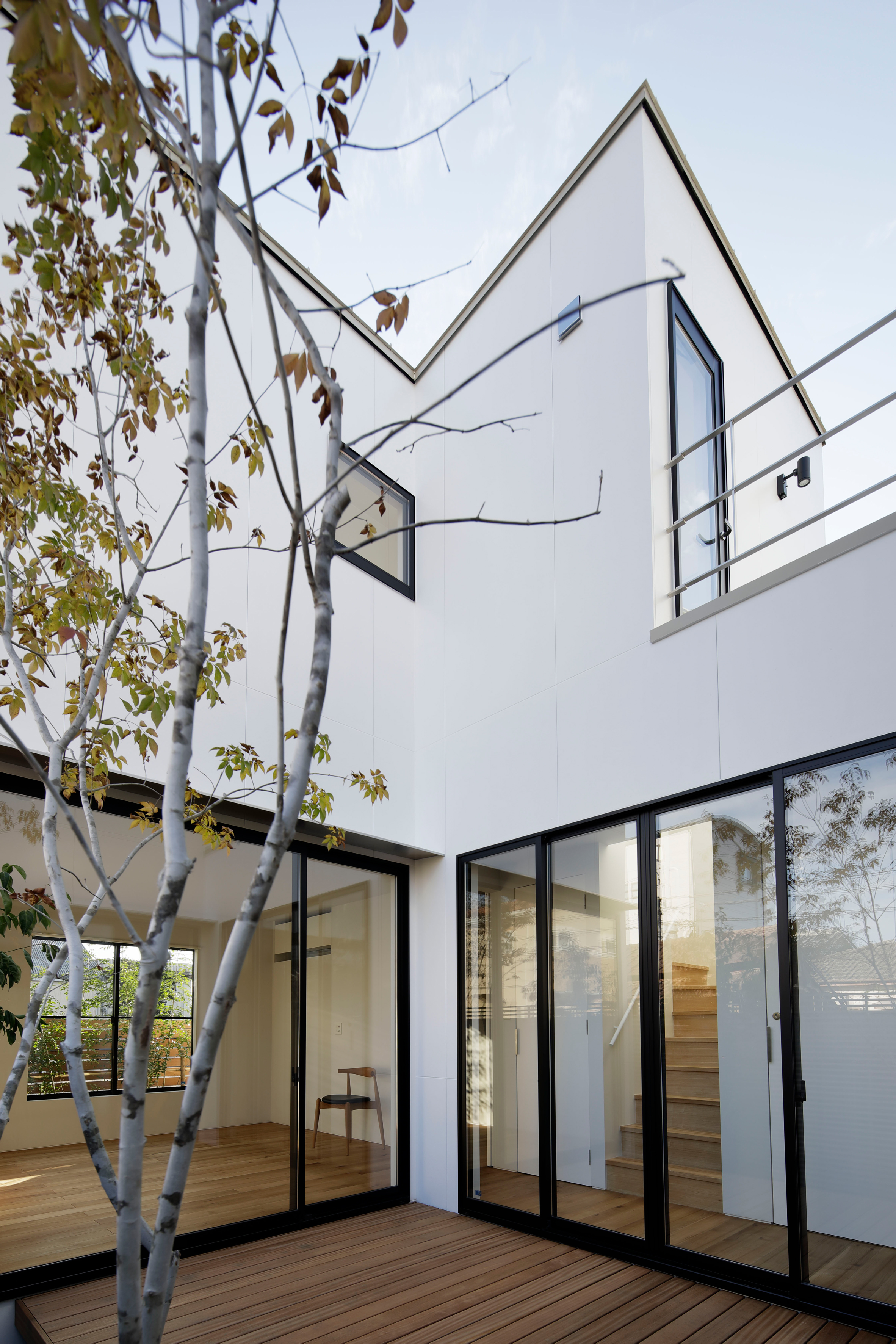 The Hiroshima-based studio has offices in Tokushima, Tokyo and New York. For another house in Tokushima CAPD designed a corrugated metal square with internal rooms formed by a series of wooden boxes. 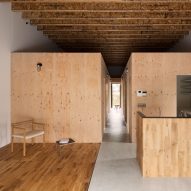