Canadian firm Studio North has built a two-storey residence in Calgary with design features including a built-in dog bed, a lofted niche and a pole for scaling. 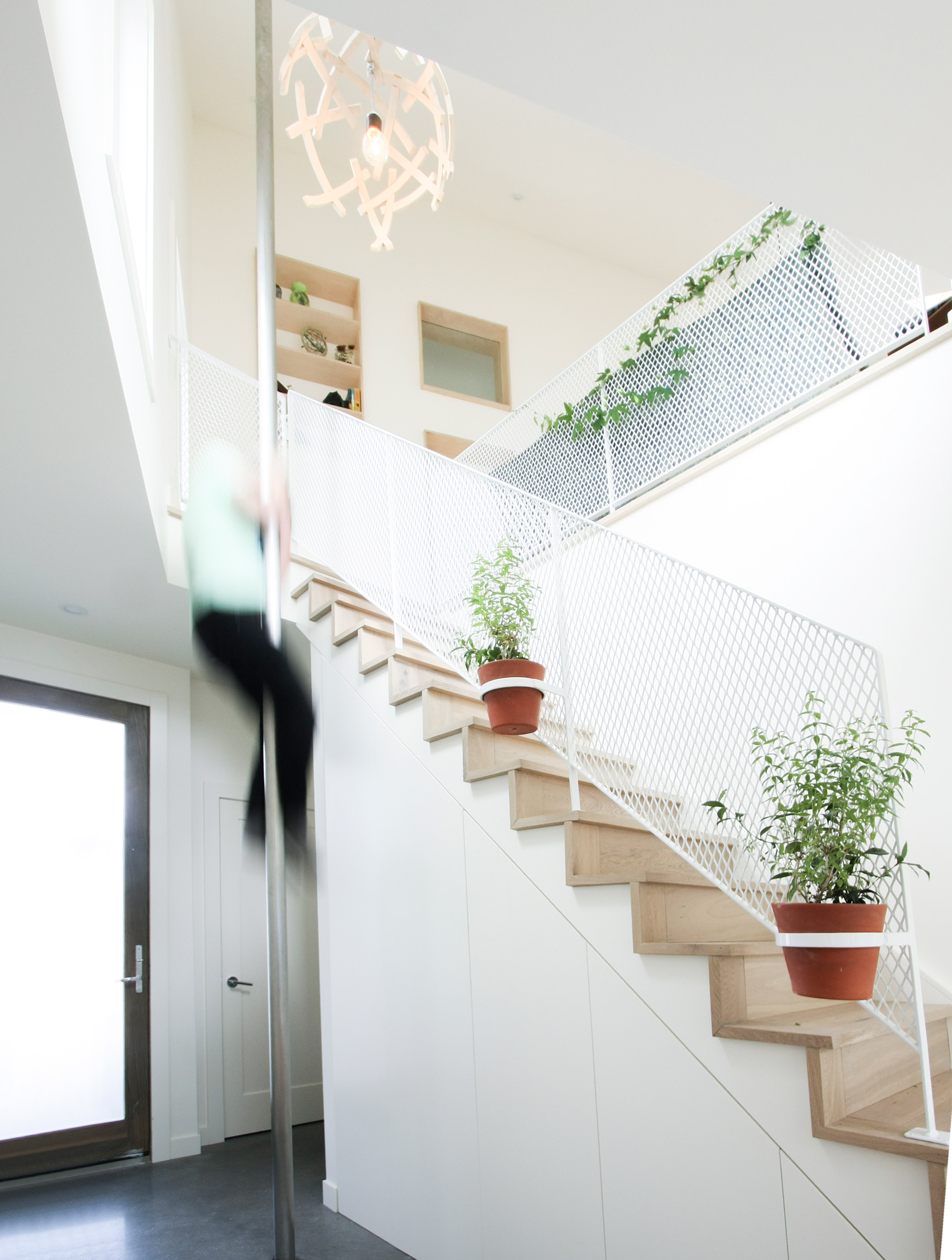 The project is part of a two-phase development plan of a riverfront property in Calgary, including the renovation of a historic house and the construction of another dwelling. 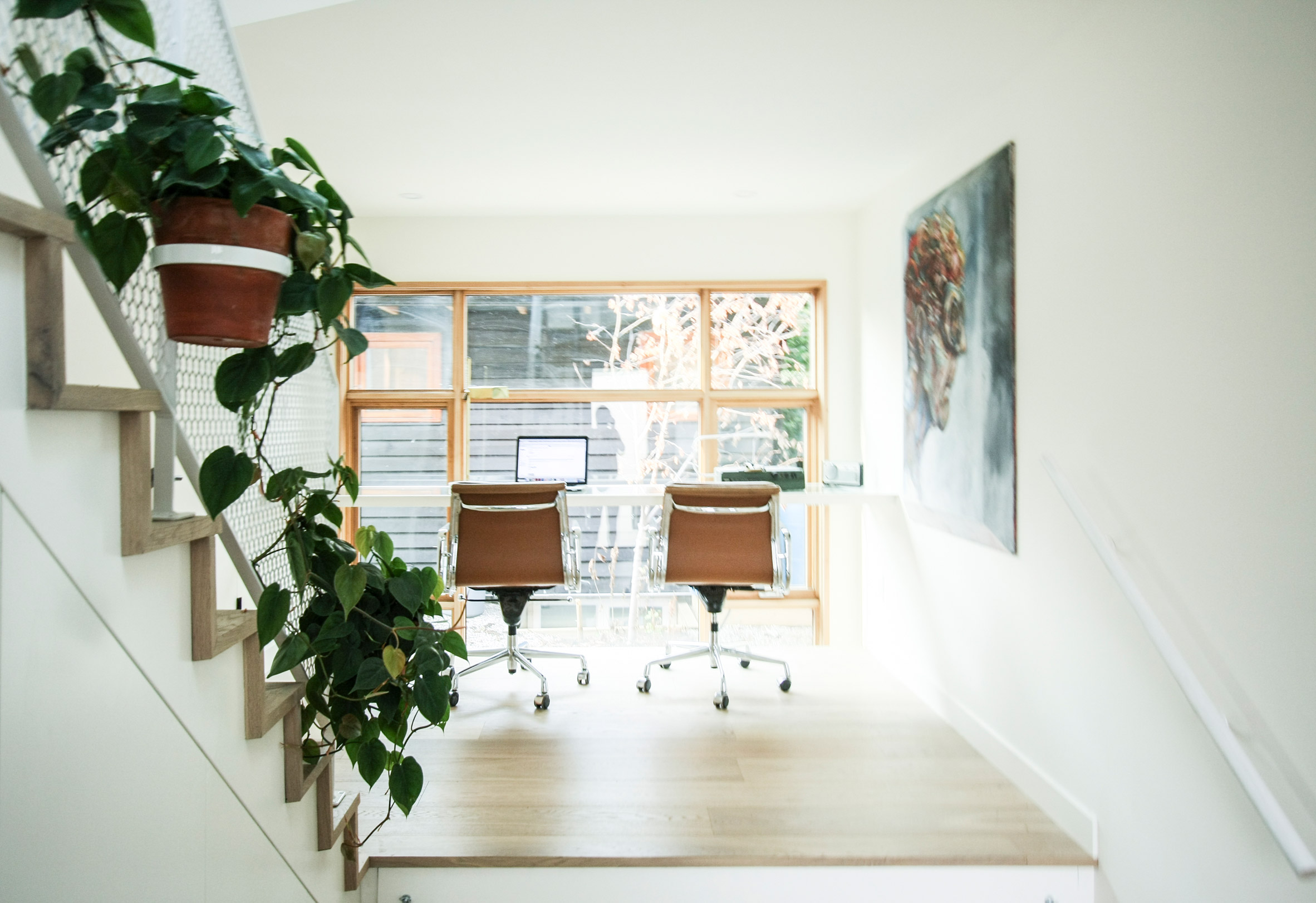 The new building is an example of a laneway house, a typology found across Canada. These residences are often built in the backyards of existing properties that have roads along the front and rear, and open onto the back lanes.

“The project offered an opportunity to save one of Calgary’s heritage houses while building an affordable, compact living space in the inner city,” said locally based Studio North, founded by Matthew Kennedy and Mark Erickson. 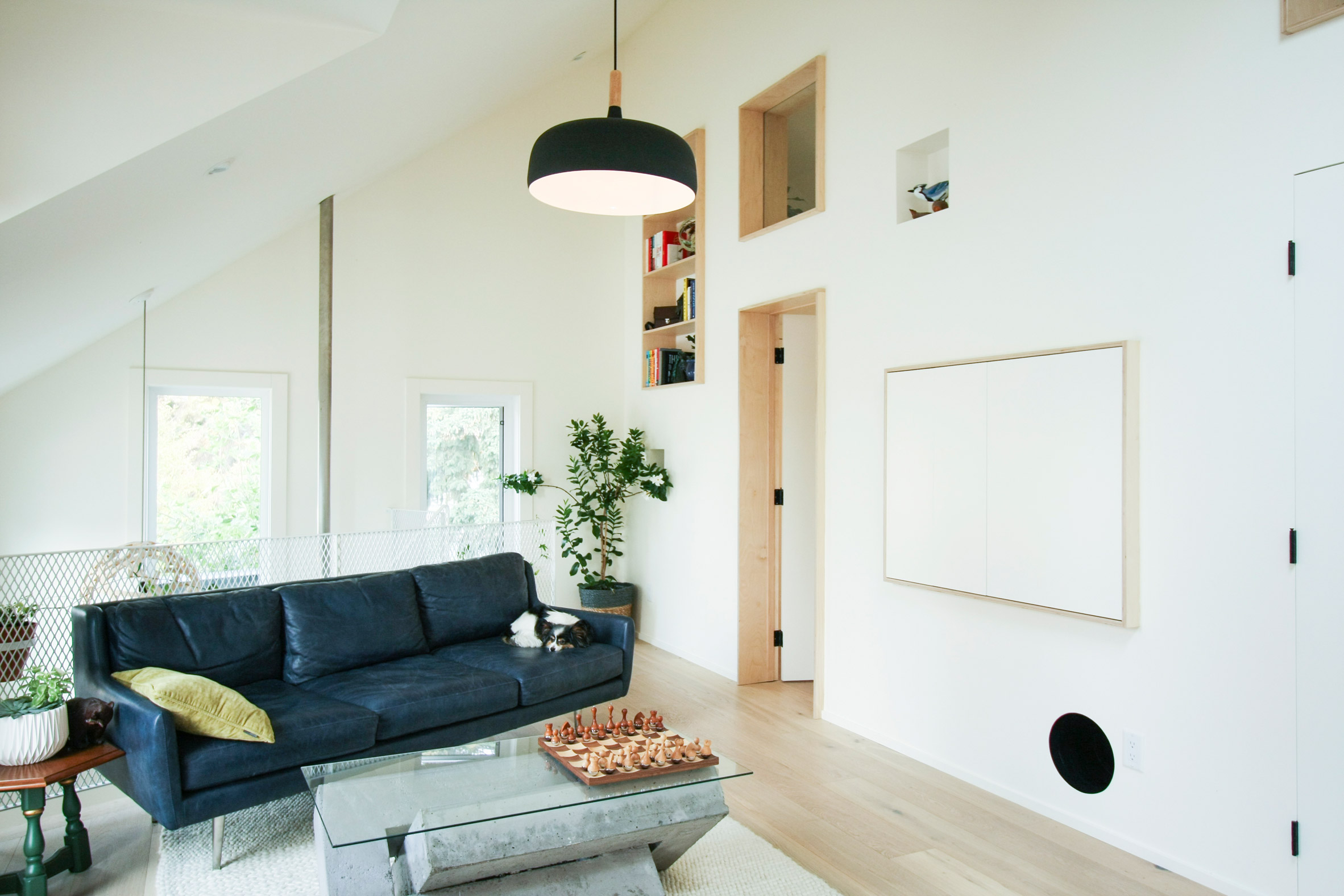 The house was originally built for the founders themselves. “We originally bought the property and built the laneway house, but we have since sold it,” said the studio, but Matt now lives there and rents from a new owner. 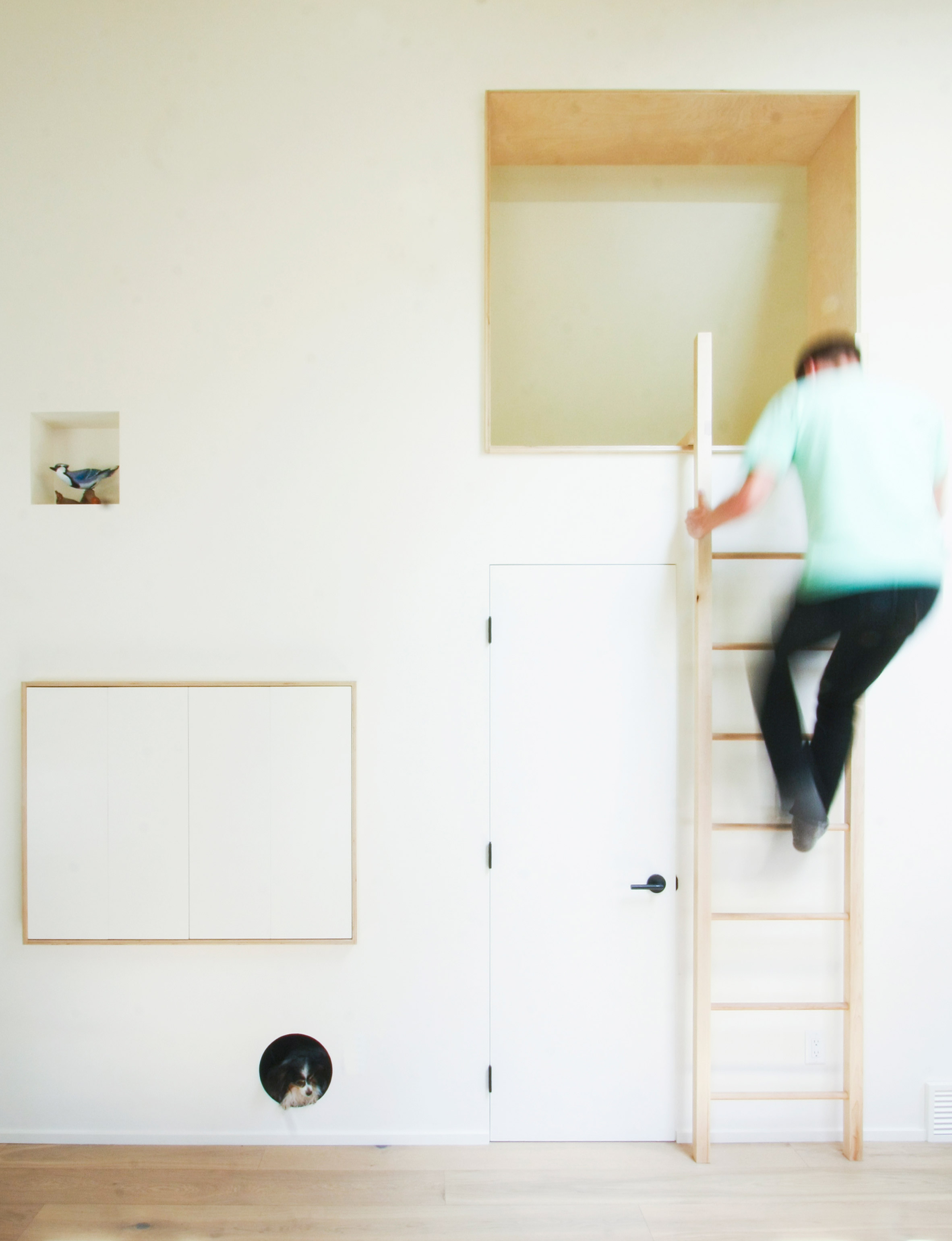 Developing a new laneway house, and renting out the main larger residence across the yard, allowed them to both save and earn money for the project. It was also designed on a limited budget. 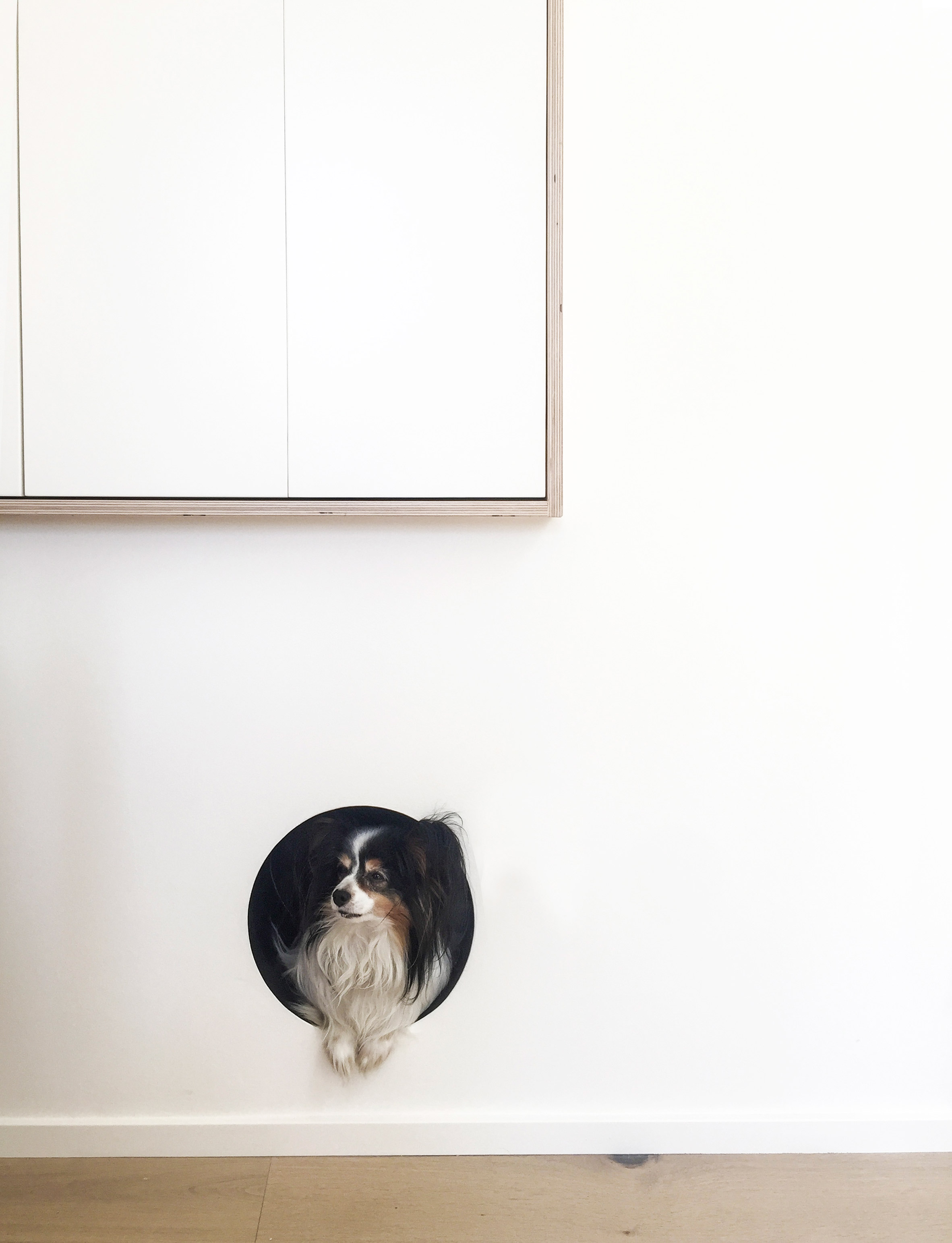 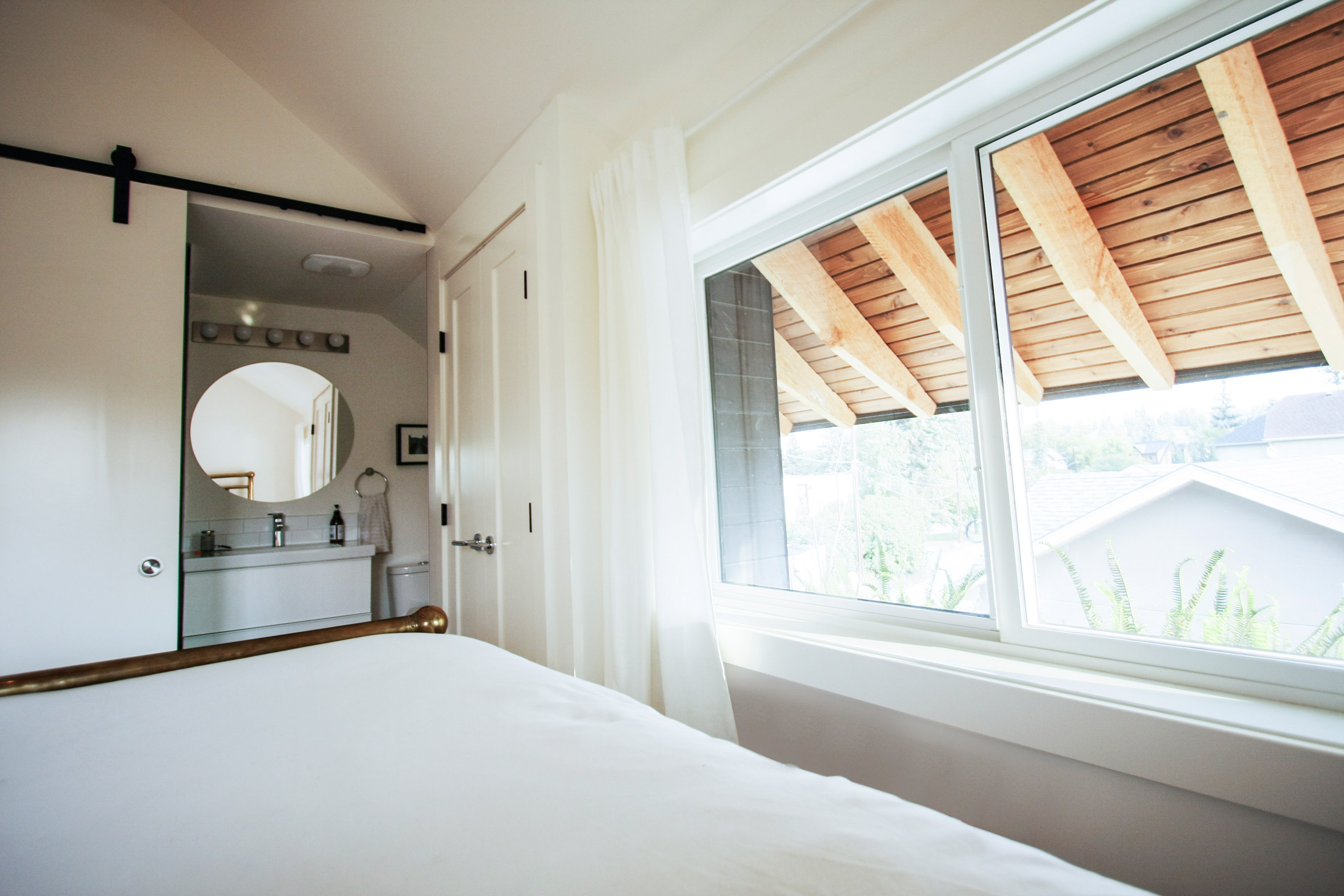 A staircase with timber steps lead up to an open-plan sitting room and kitchen, and is decorated with plants overhanging its white metal rails. Midway along is a work area with a built-in glass desk and two chairs overlooking a glazed wall. 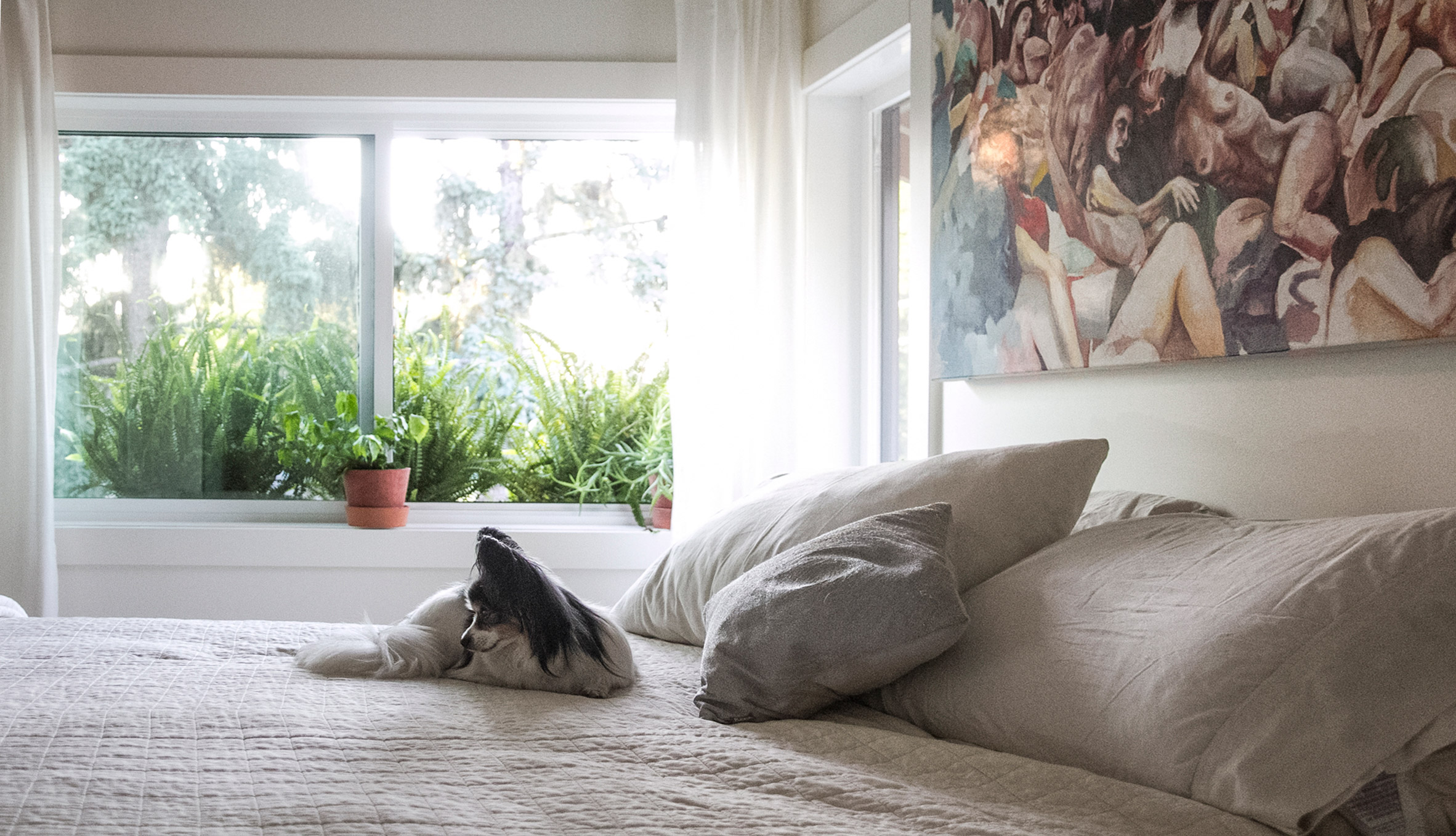 Walls and cabinetry are kept white throughout, creating a seamless effect for the home’s many built-in features. Storage spaces are integrated into the walls, including a lofted nook accessed by a ladder, a door to a powder room, and a circular opening for the family dog. 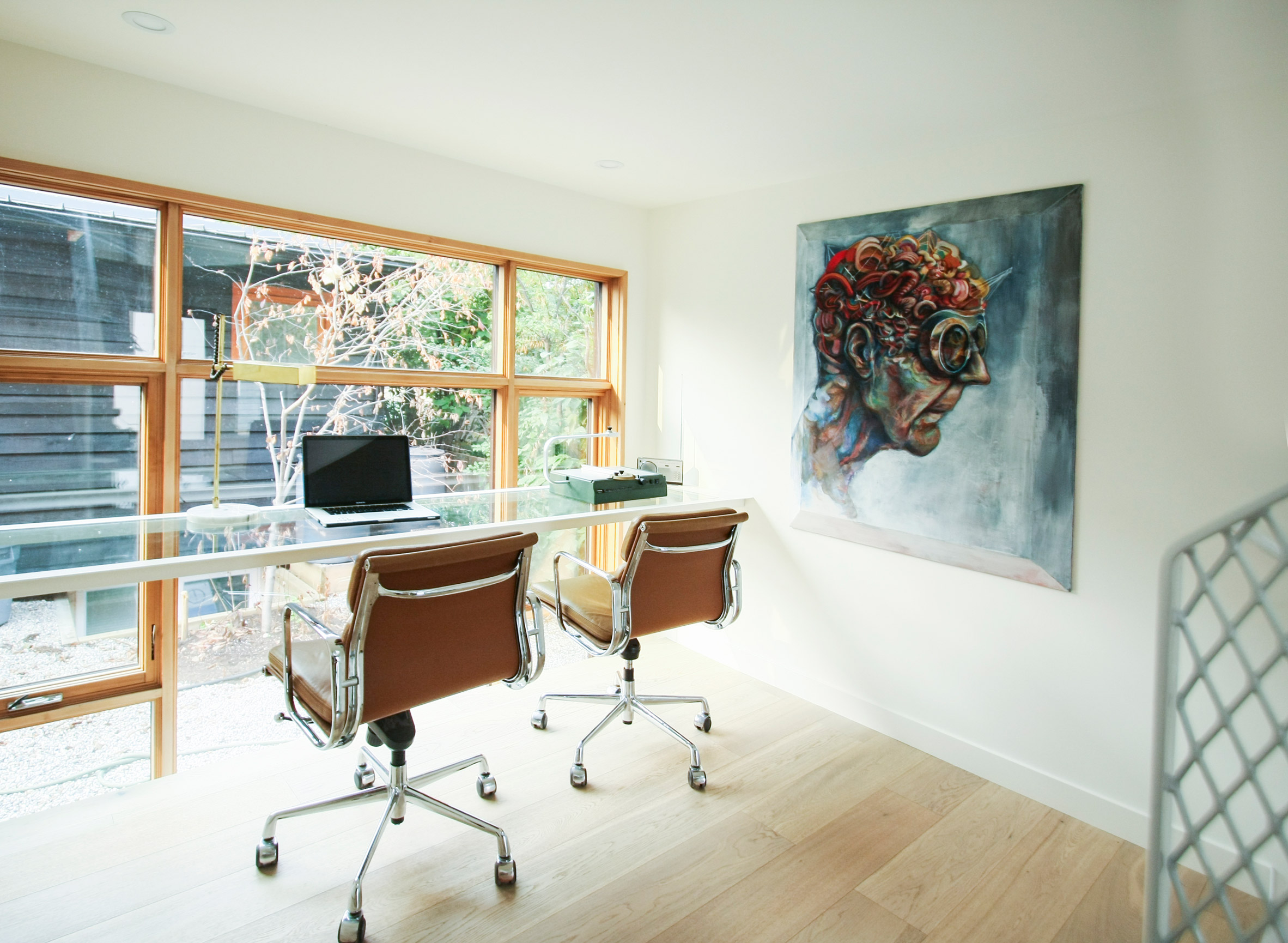 Other homes designed around pets include a colourful townhouse in Brooklyn with crawlspaces for cats by BFDO Architects and a dog nook built from plywood unit for a home in Toronto by StudioAC.

Next to the open-plan cooking and sitting area are two doors that lead to separate bedrooms, each with their own private bathroom. 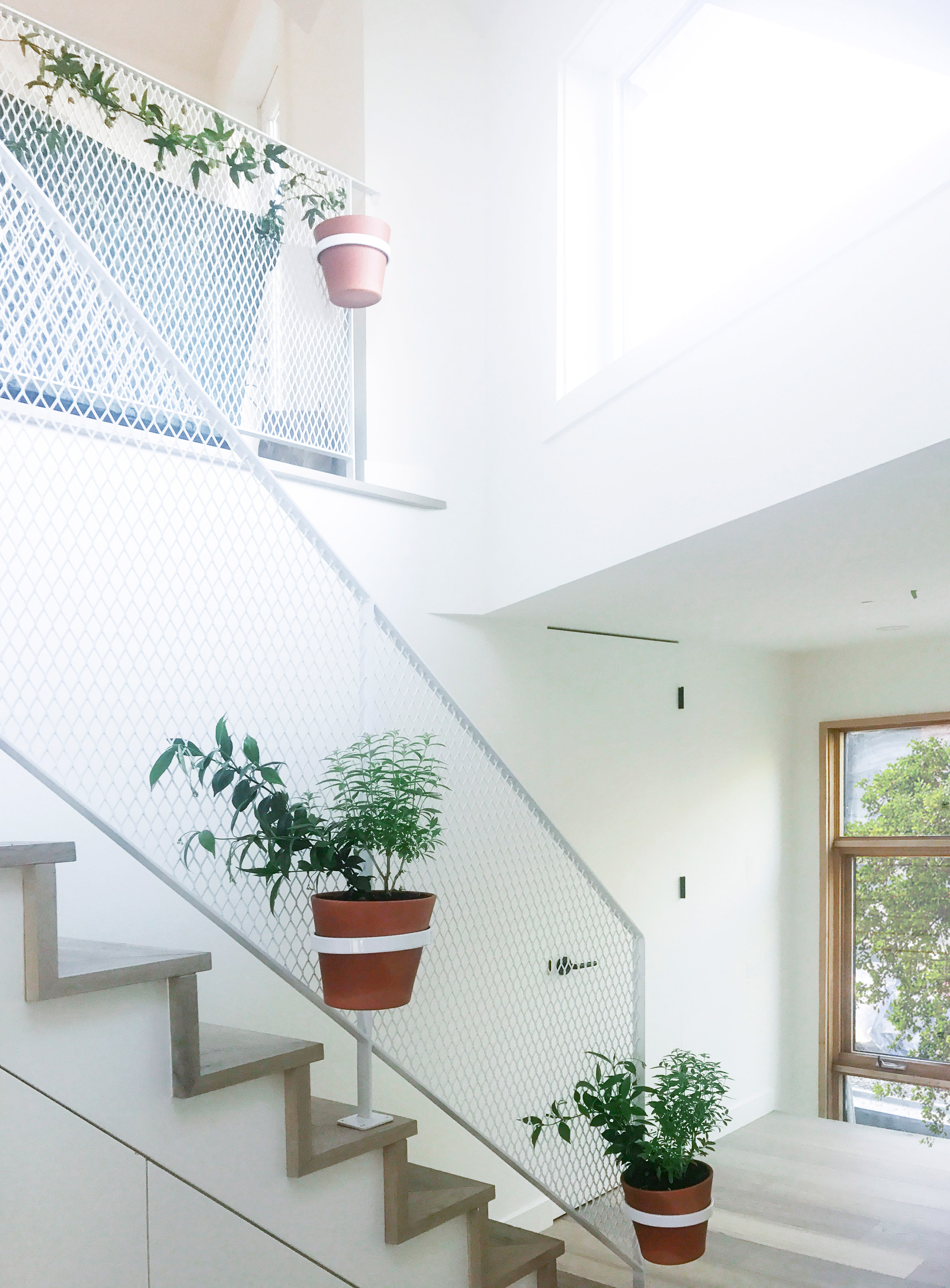 A built-in table folds out from a cabinet in the living room, while a dark wood island in the kitchen serves as a dining table. A small outdoor terrace has a grill, and room for two chairs and a table.

The design also incorporates salvaged materials, such as a second-hand fireman’s pole that allows for a quick route downstairs, and repurposed glass for two skylights in the kitchen. 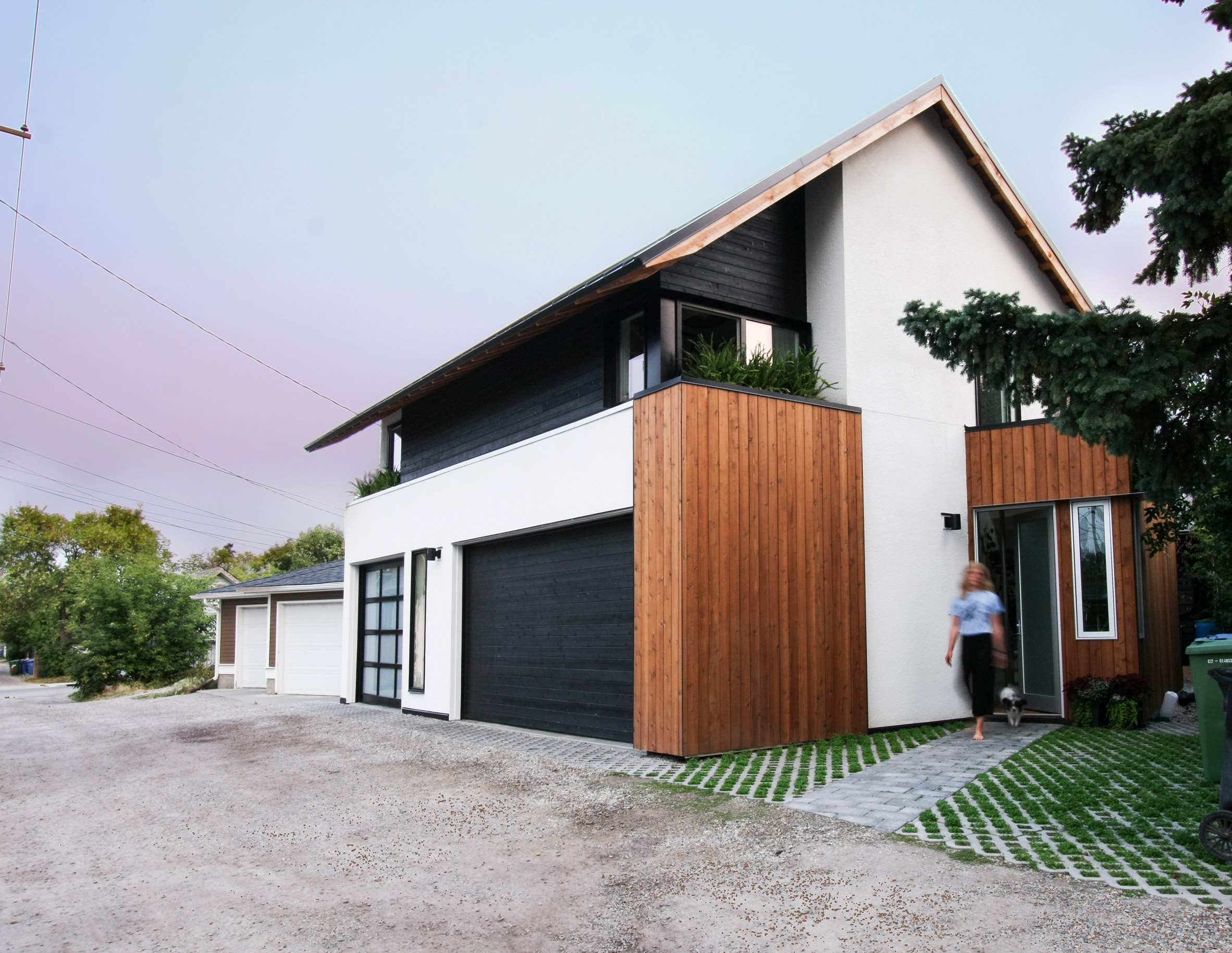 Studio North is an interdisciplinary design + build practice that has also built an A-frame treehouse covered in lightwood shingles and designed for sleeping under the stars in British Columbia.

Two other examples of laneway houses include a two-storey angular unit with one bedroom in Vancouver by Campos Studio and a Melbourne home clad in black corrugated metal by Foomann Architects.

Photography is by Mark Erickson.