Eindhoven University of Technology has announced plans to 3D print a series of concrete houses that will be made available to rent.

In what is being described as a world first, the Dutch university is set to build five 3D-printed houses over the next five years, which will all become rental properties.

“The project is the world’s first commercial housing project based on 3D-concrete printing,” said the university. “The houses will all be occupied, they will meet all modern comfort requirements, and they will be purchased and let out by a real estate company.”

The first house, expected to complete in 2019, will be a single-storey, three-bedroom bungalow. This will be followed by four multi-level homes on the site in Meerhoven, a new region of Eindhoven located west of the city centre, near the airport. 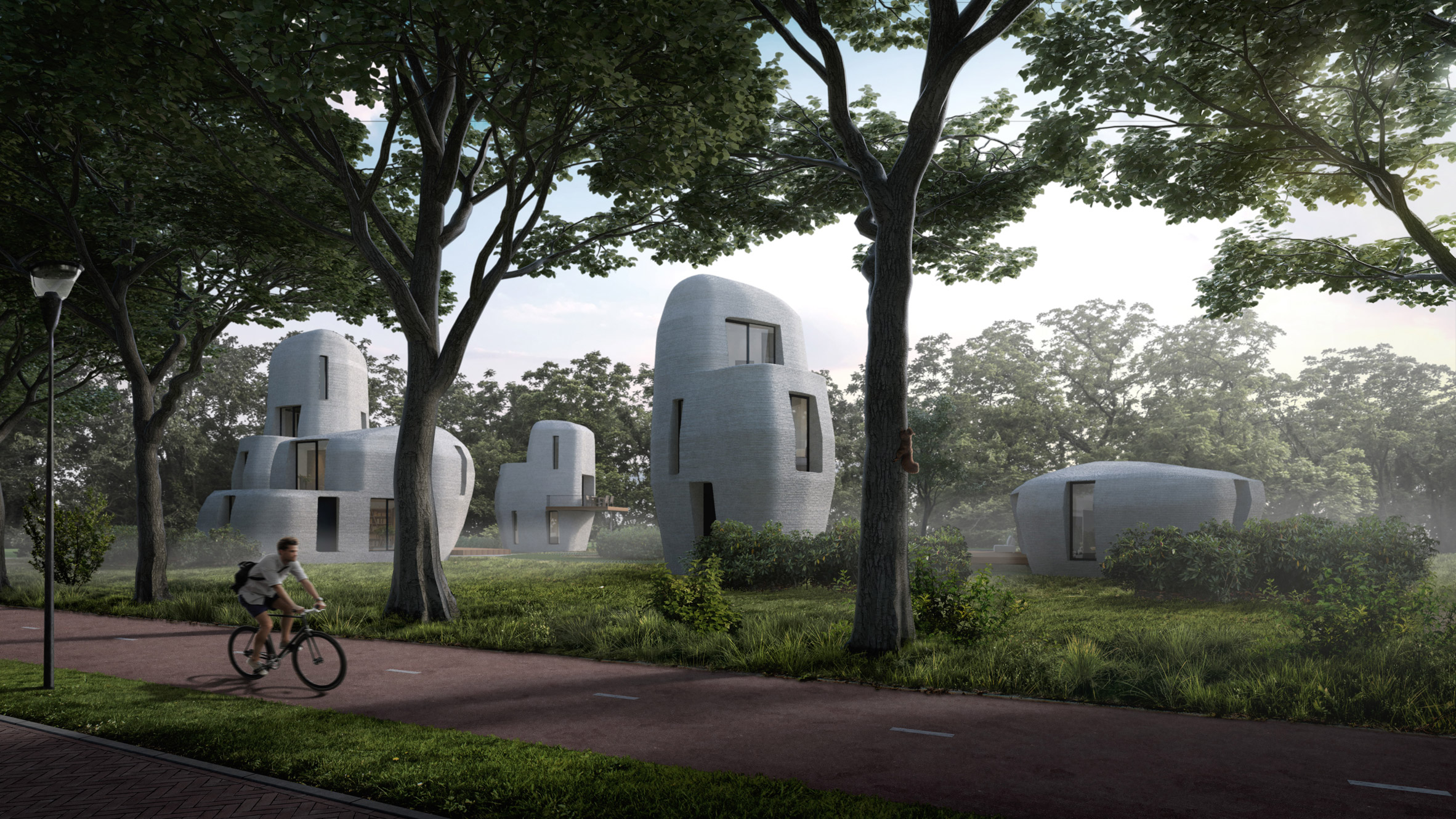 The residences will be produced one by one, to allow the team to learn from each build. To start with, elements will be printed at the university, but the aim is to eventually move all construction to the building site.

According to the team, the final house will be fully printed and assembled onsite.

“The design of the houses is based on erratic blocks in a green landscape,” said the university. “The irregular shape of the buildings can be realised thanks to one of the key features of 3D-printing: the ability to construct almost any shape.” 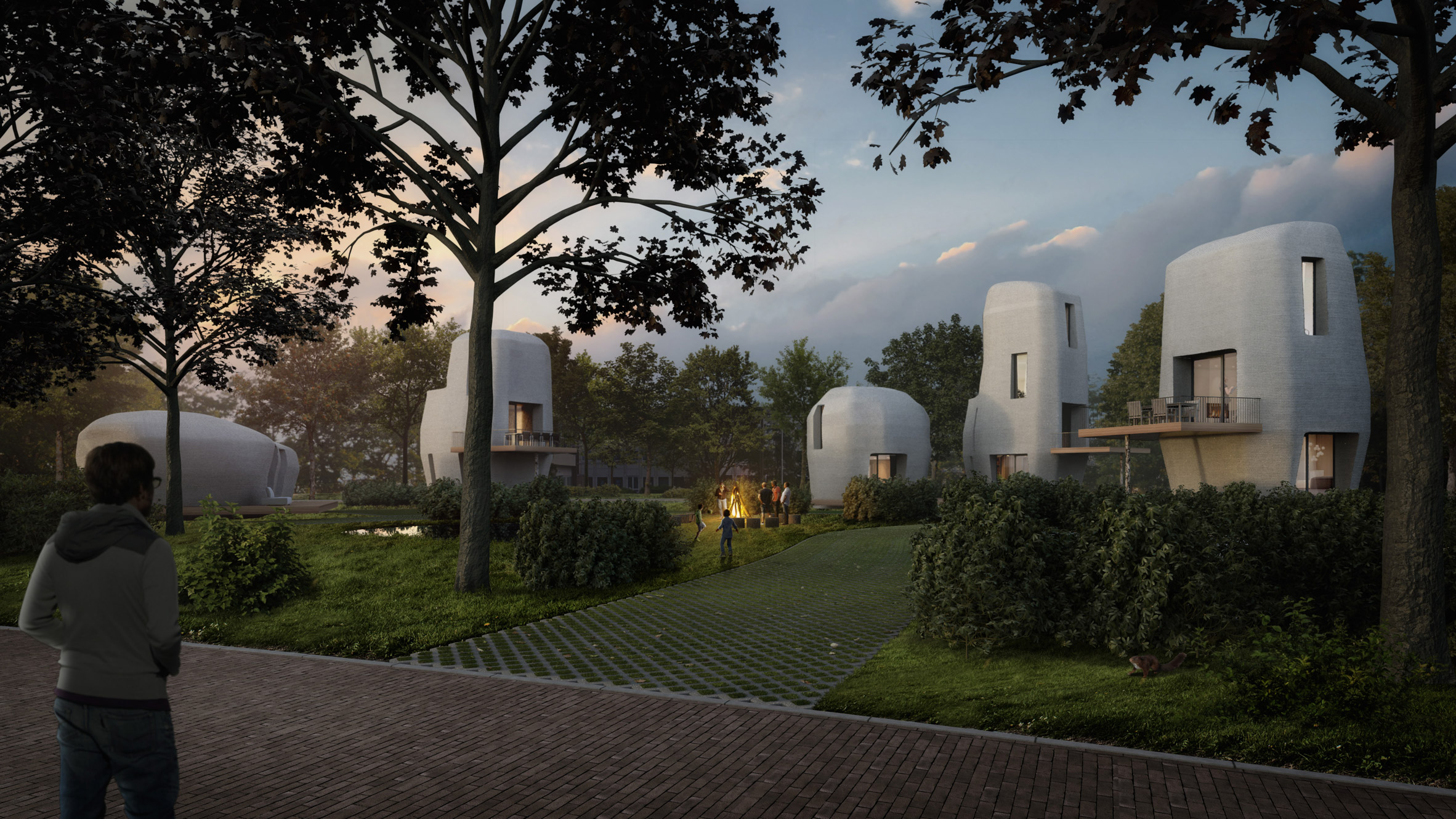 Numerous 3D-printed houses have been produced in recent years, as researchers continue to develop and refine the technology.

Early prototypes were created in China and Russia, but the Netherlands has also produced several, with examples including a micro house in Amsterdam by DUS Architects and a show home presented in Milan by Dutch 3D-printing company Cybe Construction.

Eindhoven, which is also home to the prestigious Design Academy Eindhoven, is hoping to position itself as a specialist for concrete 3D printing.

The Eindhoven University of Technology team, led by researcher Theo Salet, was also behind the world’s first 3D-printed concrete bridge, built in late 2017.

“3D-printing of concrete is a potential game changer in the building industry,” added Salet’s team. “Besides the ability to construct almost any shape, it also enables architects to design very fine concrete structures.”

“Another important advantage is sustainability, as much less concrete is needed and hence much less cement, which reduces the CO2 emissions originating from cement production,” they added.

The post Eindhoven to build “world’s first” 3D-printed houses that people will live inside appeared first on Dezeen.