London studio Feix & Merlin lowered the floors and raised the ceiling inside this former warehouse to transform it from a cramped apartment into a spacious open-plan residence.

The apartment is located within an old grain store on the banks of the River Thames in Rotherhithe, southeast London. 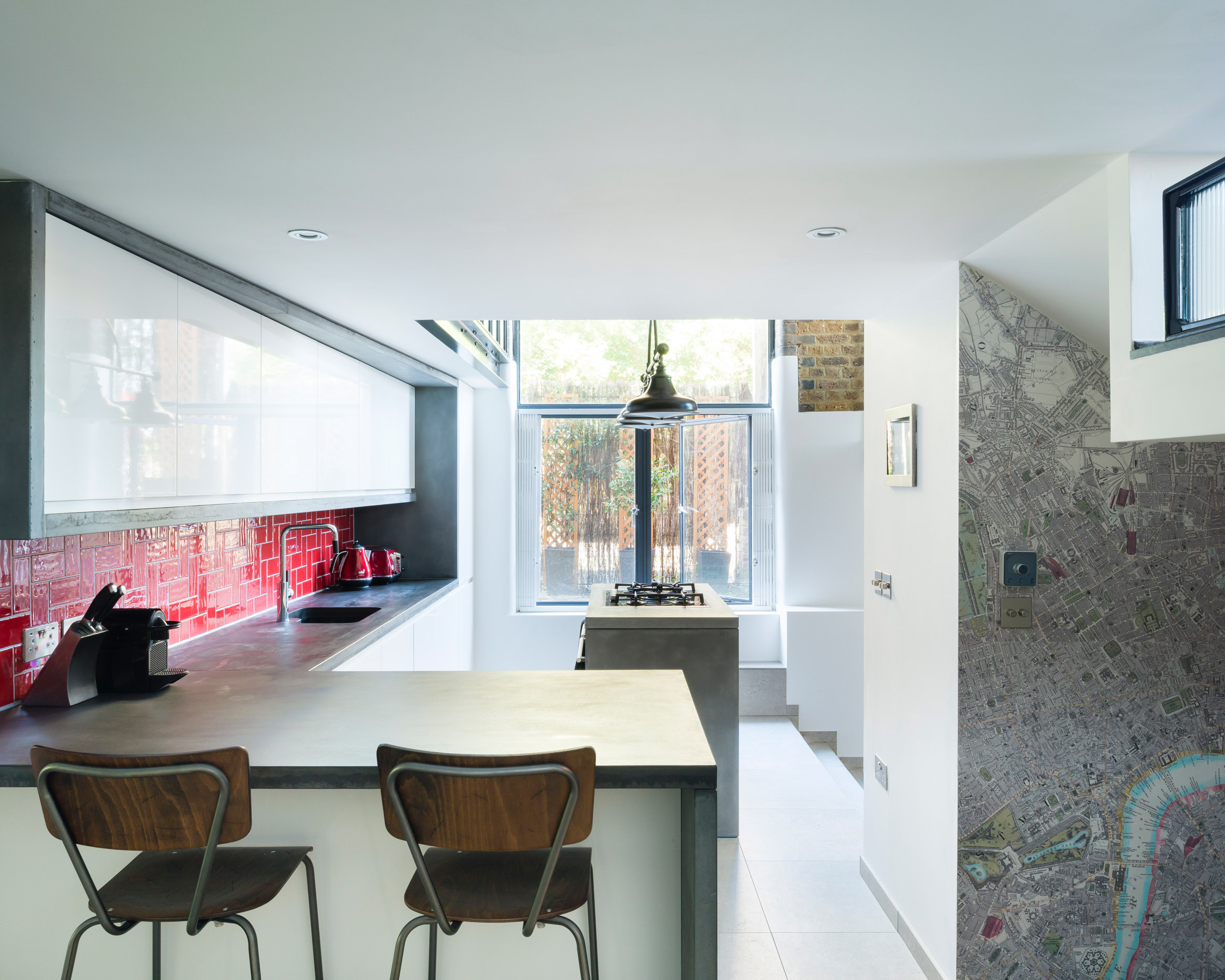 Before their refurbishment, Feix & Merlin – made up of architects Julia Feix and Tarek Merlin – described the property as being “cramped and tight”.

Their solution to this was to make considerable structural changes, which included lowering the floor by one metre and opening up the ceiling to create a double-height space. 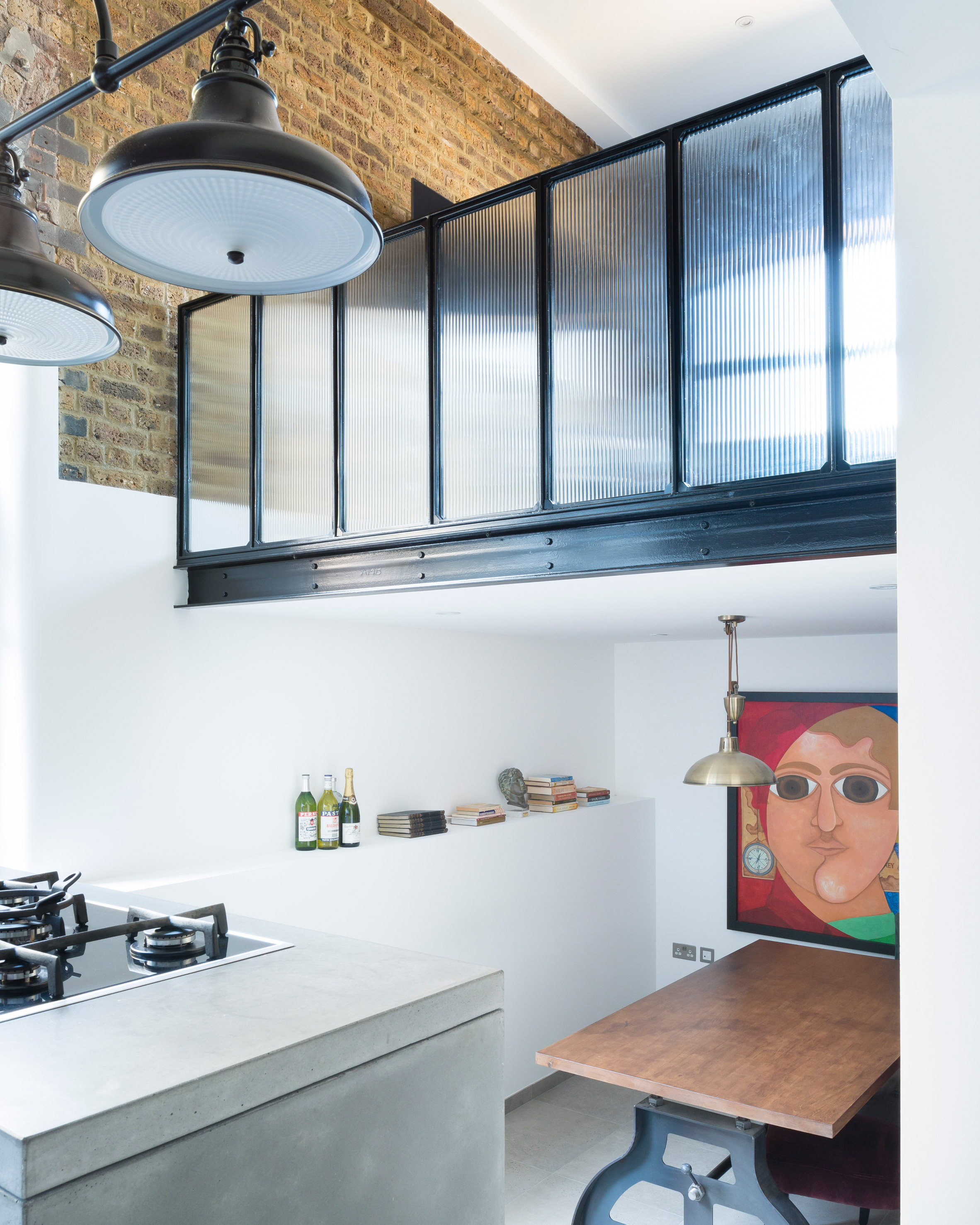 Due to its location next to the river, the excavation was a complex process that involved assessing the risk of flooding – something the clients had their reservations about.

“It felt very cramped and tight before,” said the architects. “We knew that in order to successfully improve on the spatial experience of the apartment, we needed to take floor area away, create the double-height space over the kitchen and give the apartment some room to breathe.” 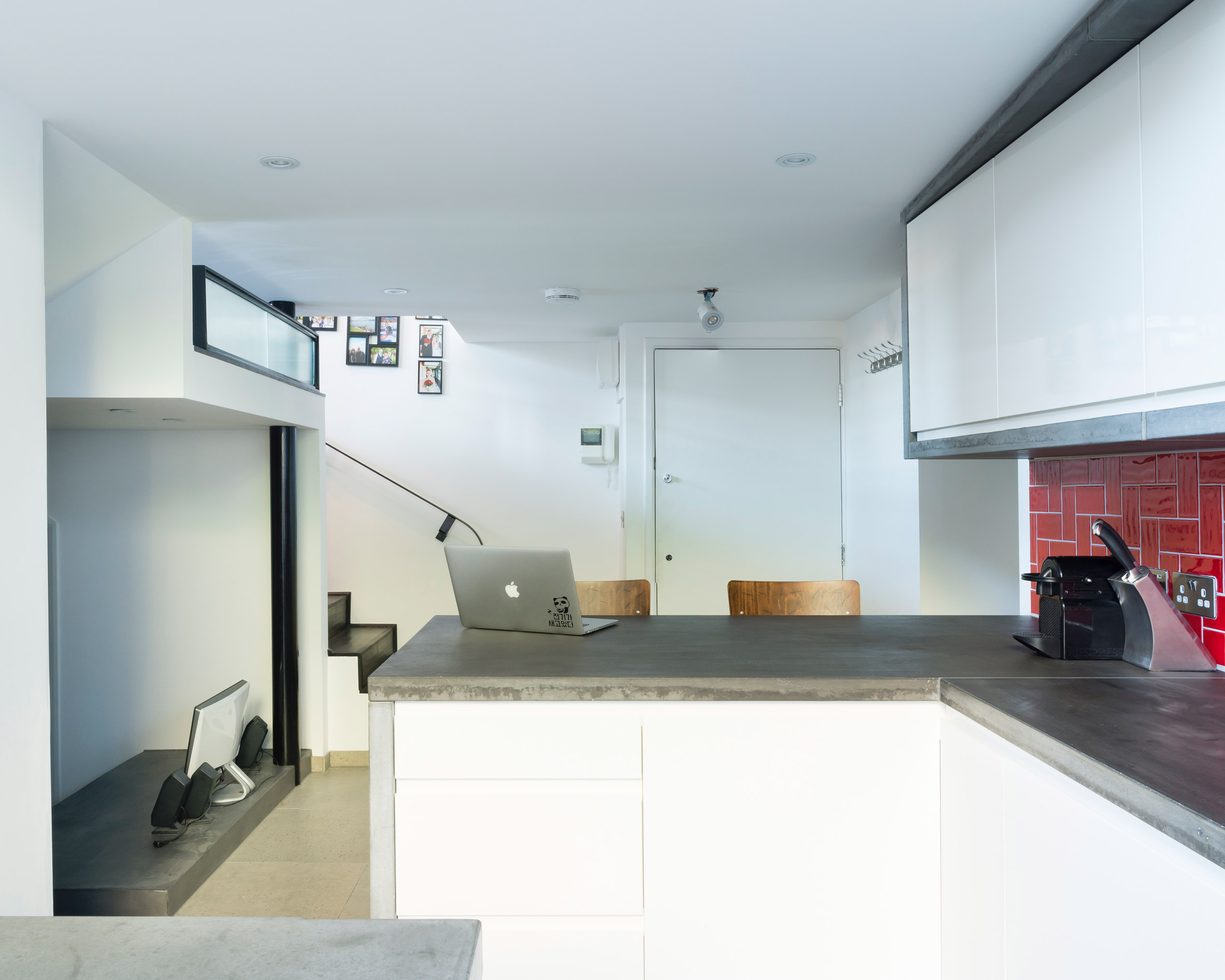 “Understandably this initially wasn’t an easy decision for the client,” they continued. “It felt a little counter-intuitive. But with the excavation and the additional space gained by that it all fell into place.”

Once these changes had been made, the architects went on to remodel the entire layout of the apartment. 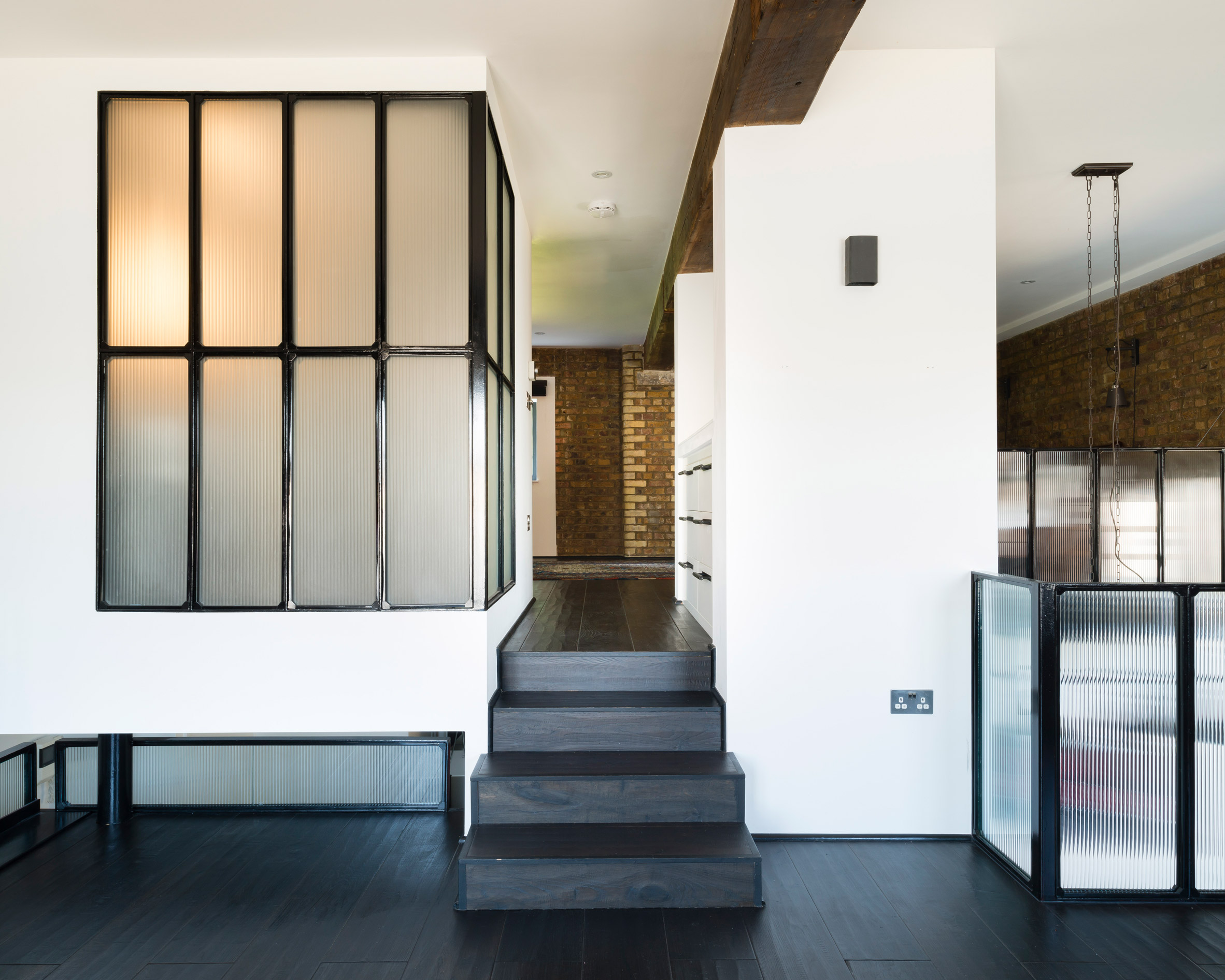 The lowered floor made room for a new open-plan dining room and study, while the removal of a section of the upper floor created a double-height space over the kitchen.

This space above the kitchen connects the lower level of the property to the floor above, where the master bedroom, en suite and living space are located. 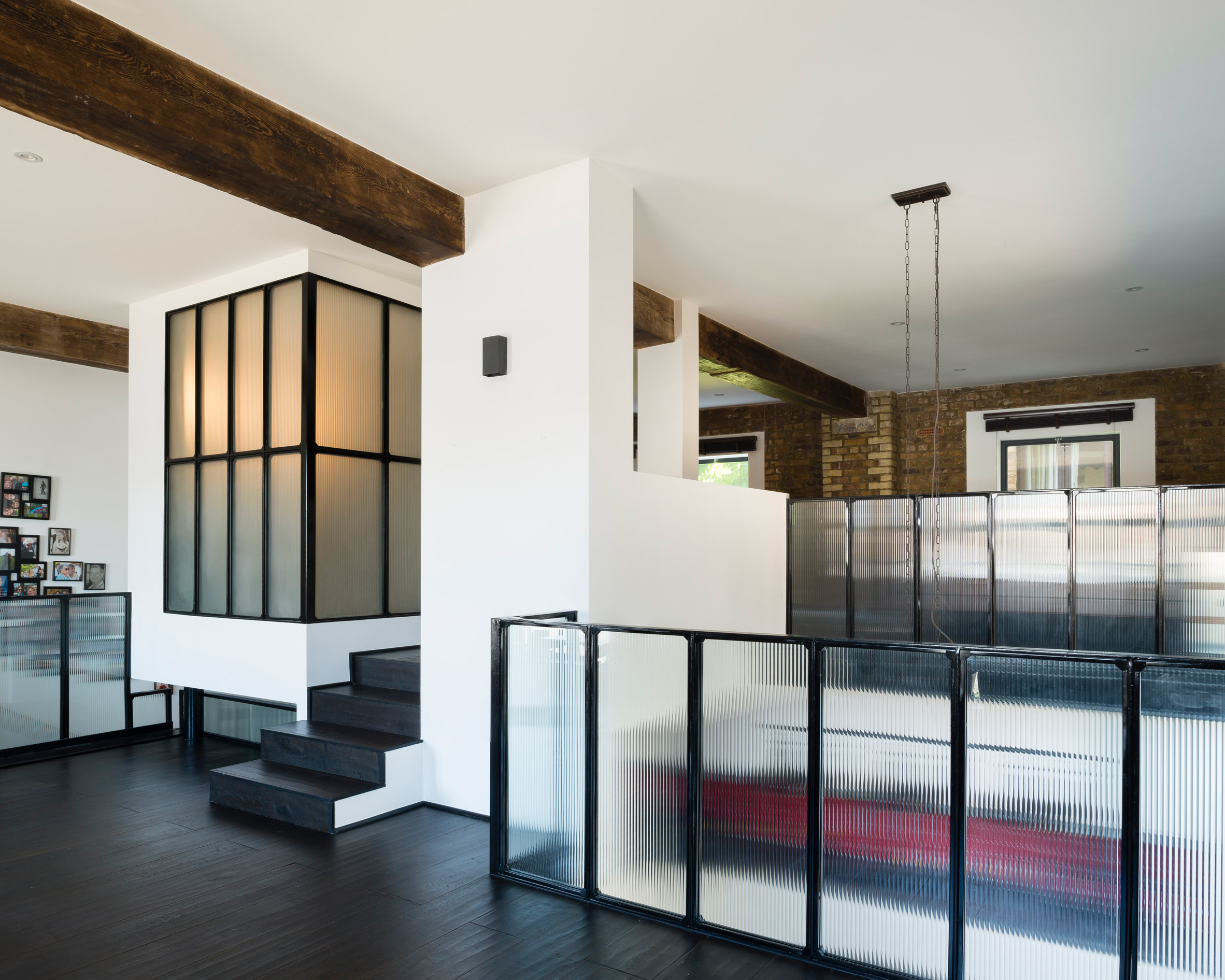 Given its exposure, the kitchen became a central point for the house, and features a concrete breakfast bar that contrasts with bold-red glossy tiles.

On the upper level, the double-height void is framed by steel and glass balustrades instead of walls. This exposes the master bedroom, so that it is on a mezzanine level rather than inside a closed-off space. 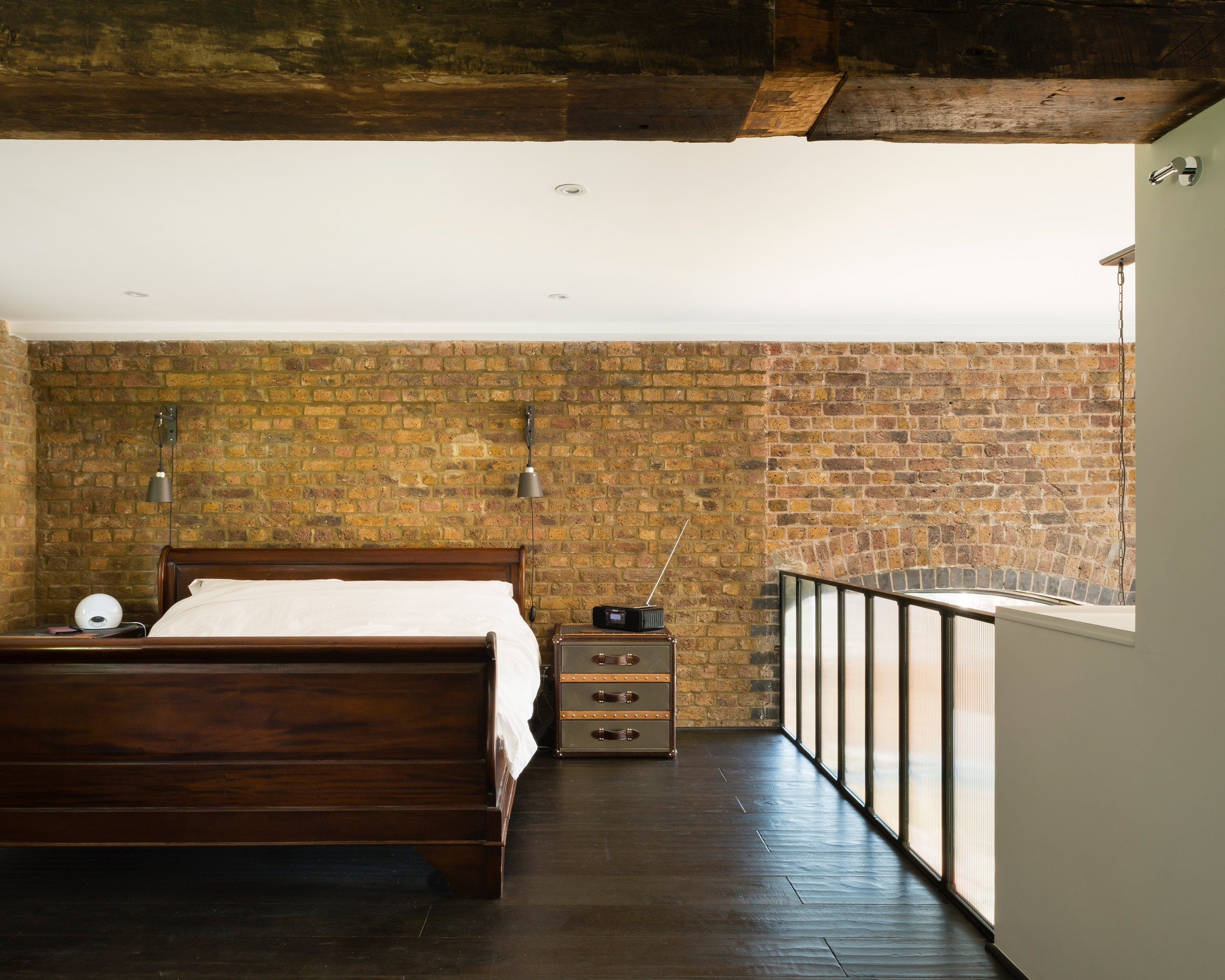 Here, black wooden floors sit against stark white walls. Industrial-style detailing is used throughout the apartment, and original windows were reinstated to ensure plenty of natural light can flood through.

“We were keen to open up and rationalise the space and bring more light into the ground floor spaces to give the apartment more of an open-plan warehouse feel, more in tune with the building’s origins,” Merlin told Dezeen. 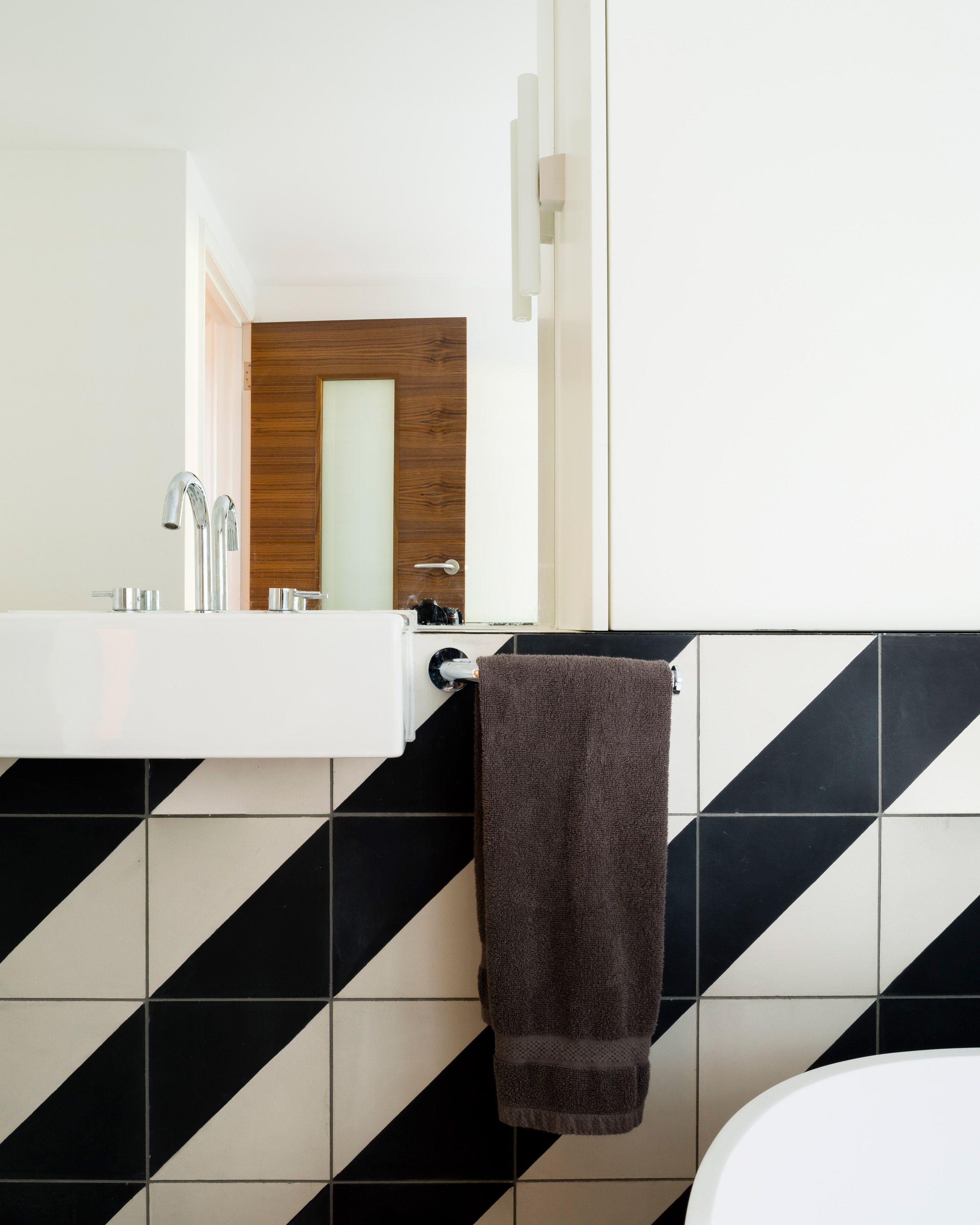 “The steel-framed balustrades and shower room elevations echo this and the choice of concrete as the main material in the kitchen follows the same principle,” he continued.

Warehouse conversions continue to be popular in the British capital. Previously, Dingle Price revamped a warehouse in south London to create a home and studio for a painter, while Sadie Snelson Architects transformed an east London warehouse, adding a folded steel staircase and mezzanine level.

Founded in 2006, Feix & Merlin is based in both London and São Paulo. Previously, the pair created a lounge space for London School of Economics students to take time out from studies.

Photography is by Jim Stephenson.