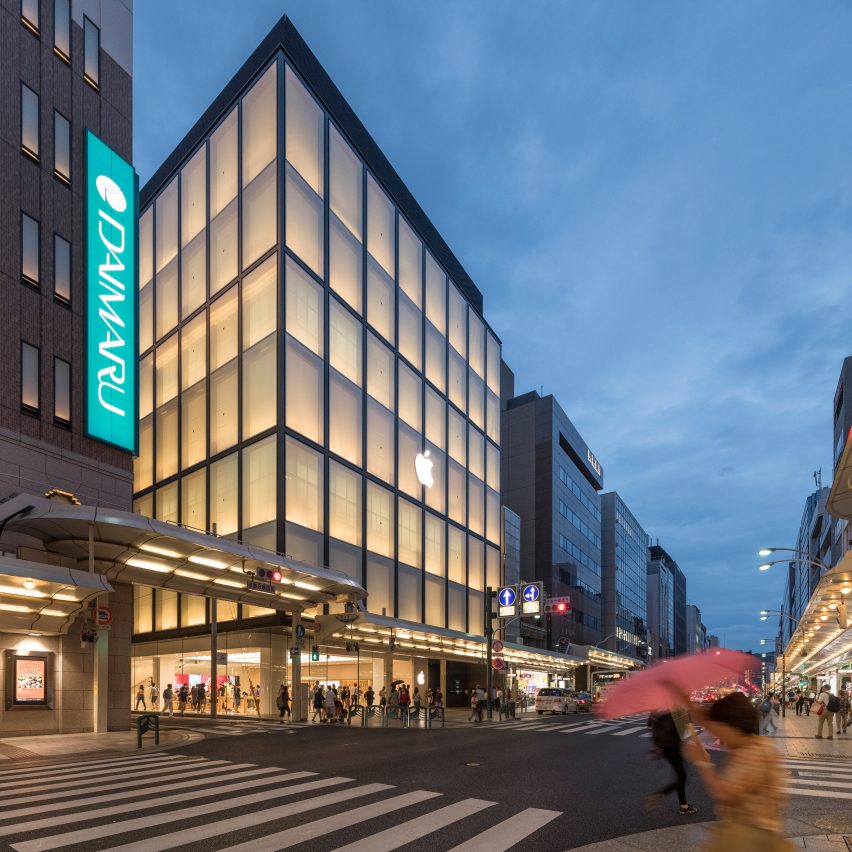 Foster + Partners has completed the first Apple Store in Kyoto, Japan, which is fronted by a translucent facade made from a lightweight timber frame and paper.

Informed by the materiality of traditional Japanese houses and lanterns, Apple Kyoto’s minimal facade overhangs a glass-walled ground floor, designed by Foster + Partners as a continuation of the street.

It is located on the historic street, Shijō Dori, which has remained the city’s primary shopping location since the 1600s. 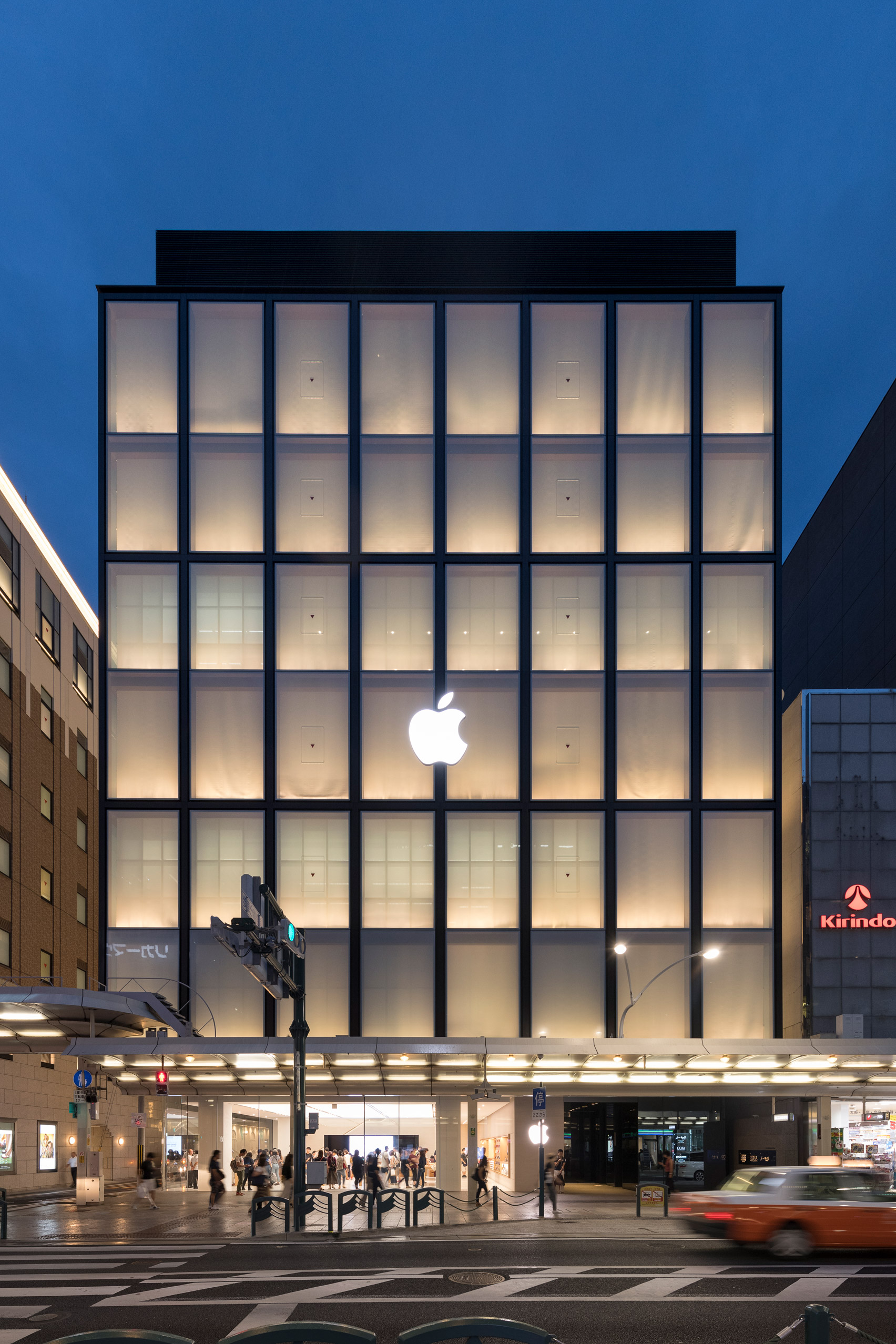 “On the ground level, the transparent glass facade blurs the boundary between the busy street and the calm interior, inviting people into the store.” 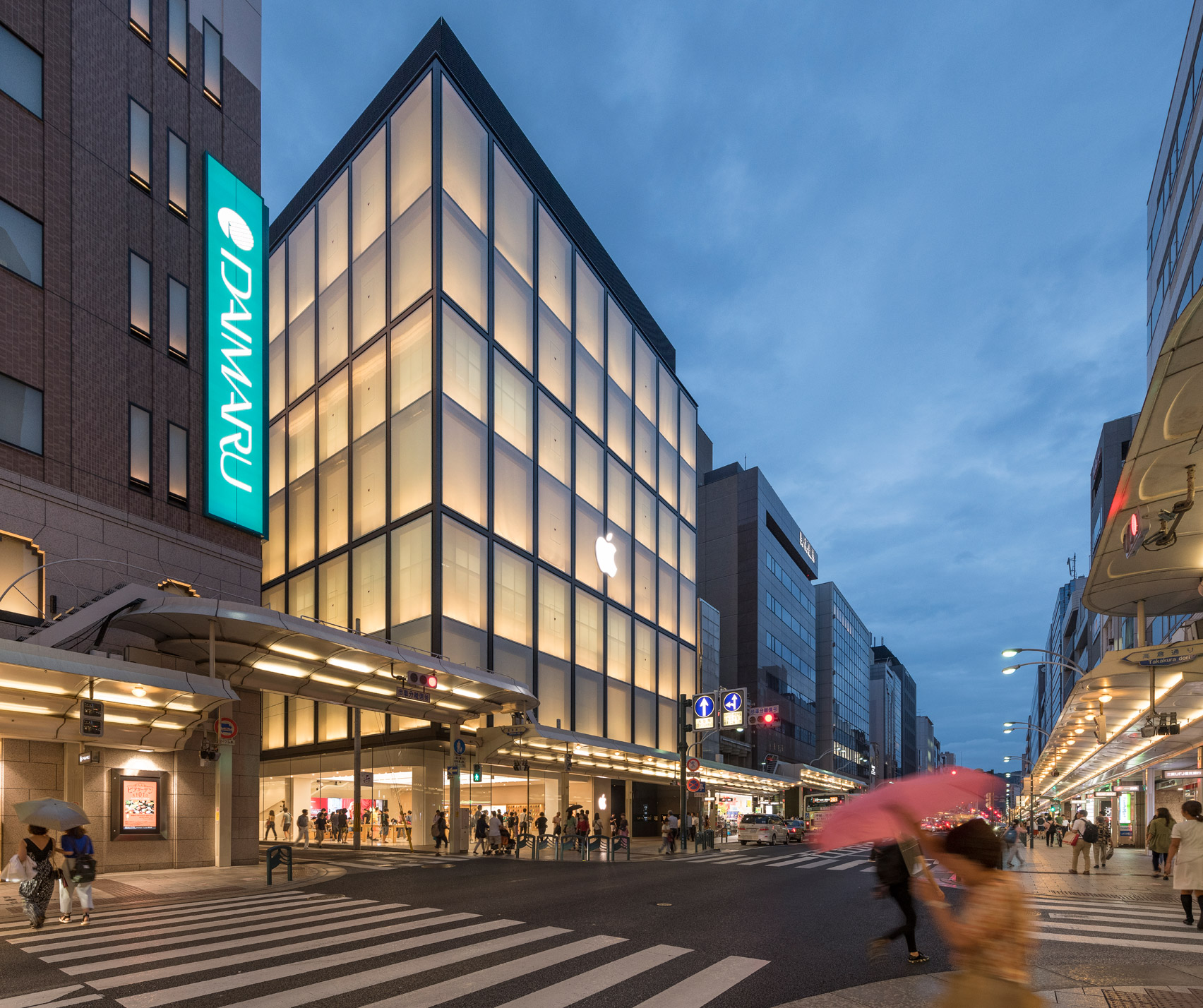 Apple Kyoto comprises two storeys, which are organised around a “soaring” multi-level atrium that sits at the back of the building.

The entrance is marked by sliding glass doors that lead onto the central display area, which is lined with wooden cabinetry and tables that showcase the latest Apple products.

At the far end of Apple Kyoto, Foster + Partners has incorporated a large display screen that forms an “animated backdrop” to the store.

It is paired with a set of moveable cube-shaped stools so that the space can be used to host free events and workshops.

Behind the screen, Foster + Partners has disguised a minimal white staircase with a recessed handrail, which leads up to more display areas on the floor above.

Apple is currently undergoing a retail expansion in Japan, which became the first country to house an Apple Store outside of the US in 2003. 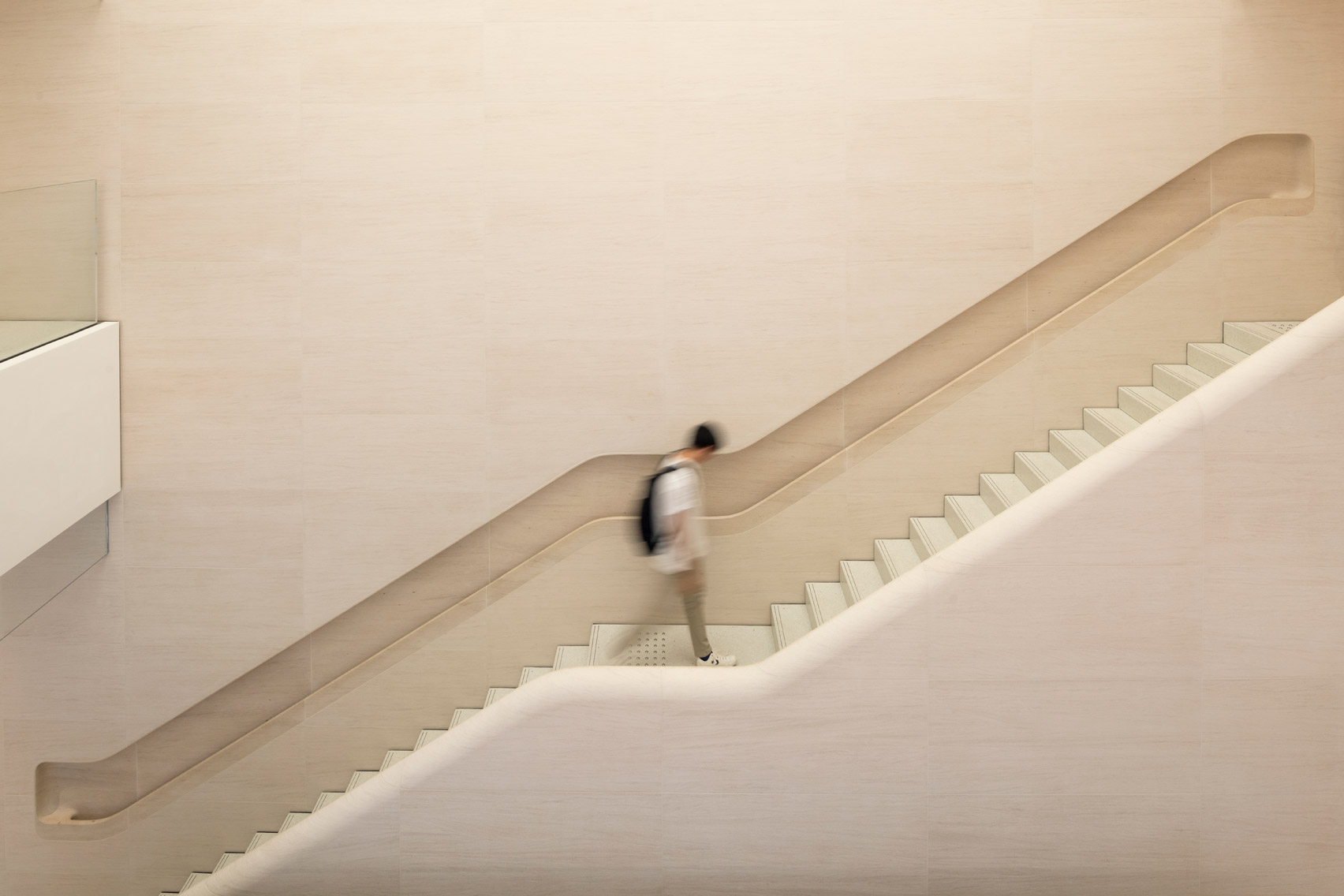 Apple Kyoto is the first in Japan to be designed by Foster + Partners, the practice behind the design of all the latest Apple Stores, including Apple Centre Cotai, which also has a translucent facade.

Other recently completed Apple Stores by Foster + Partners include the tree-lined Apple Iconsiam in Thailand, and Apple Champs-Élysées, which is topped by a kaleidoscopic solar roof.

Photography is by Nigel Young/Foster + Partners unless stated.