The founder of east London architecture studio Paper House Project has transformed a former warehouse in Hackney into a two-bedroom house featuring a double-height living space and nods to its industrial heritage. 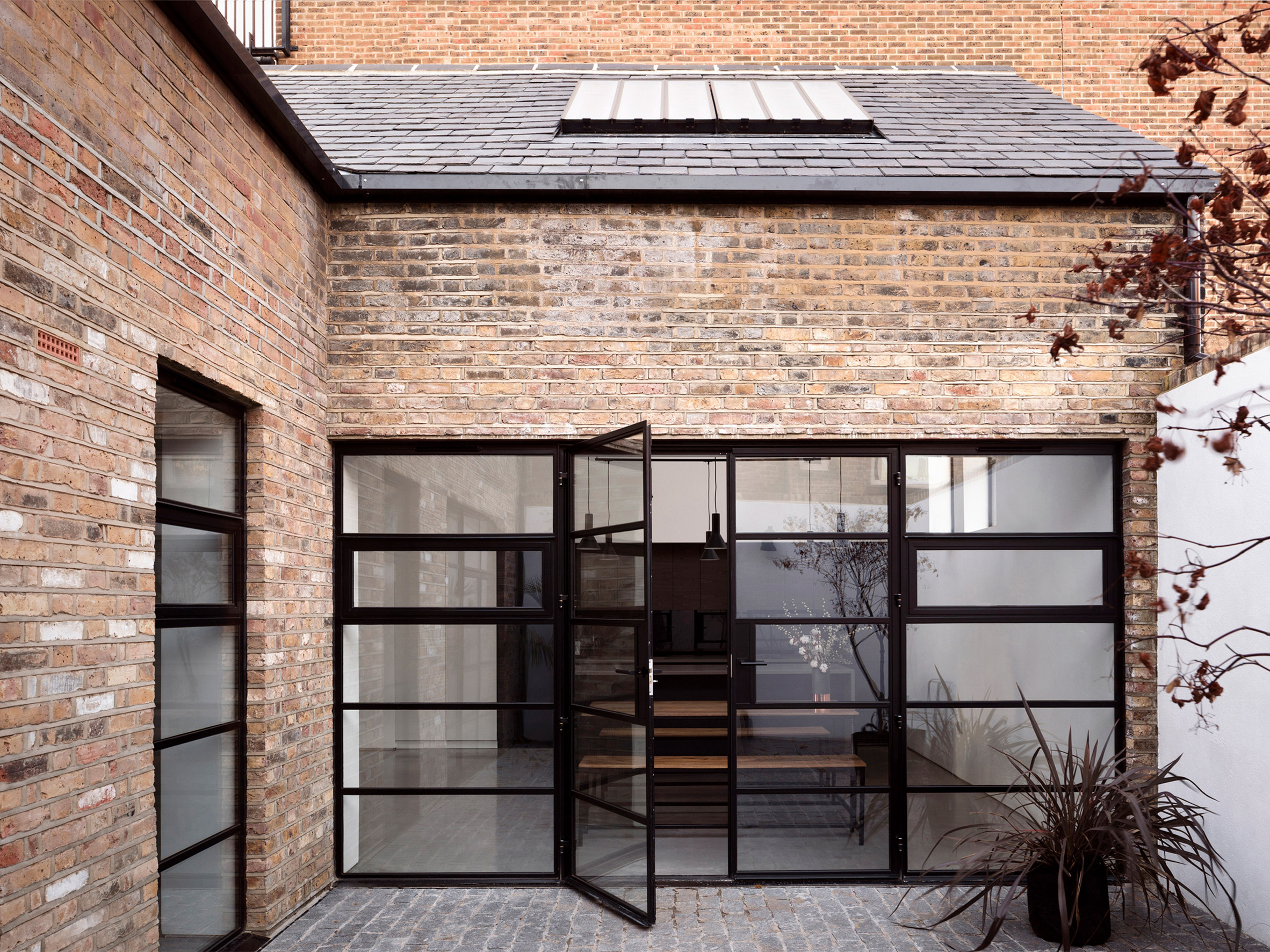 Architect James Davies discovered the disused building tucked away off the busy Hackney High Street, and decided to convert it into his own home as a personal project.

Davies recognised the potential offered by qualities such as the roof height and robust, industrial material palette of the building, which was also previously a schoolhouse. 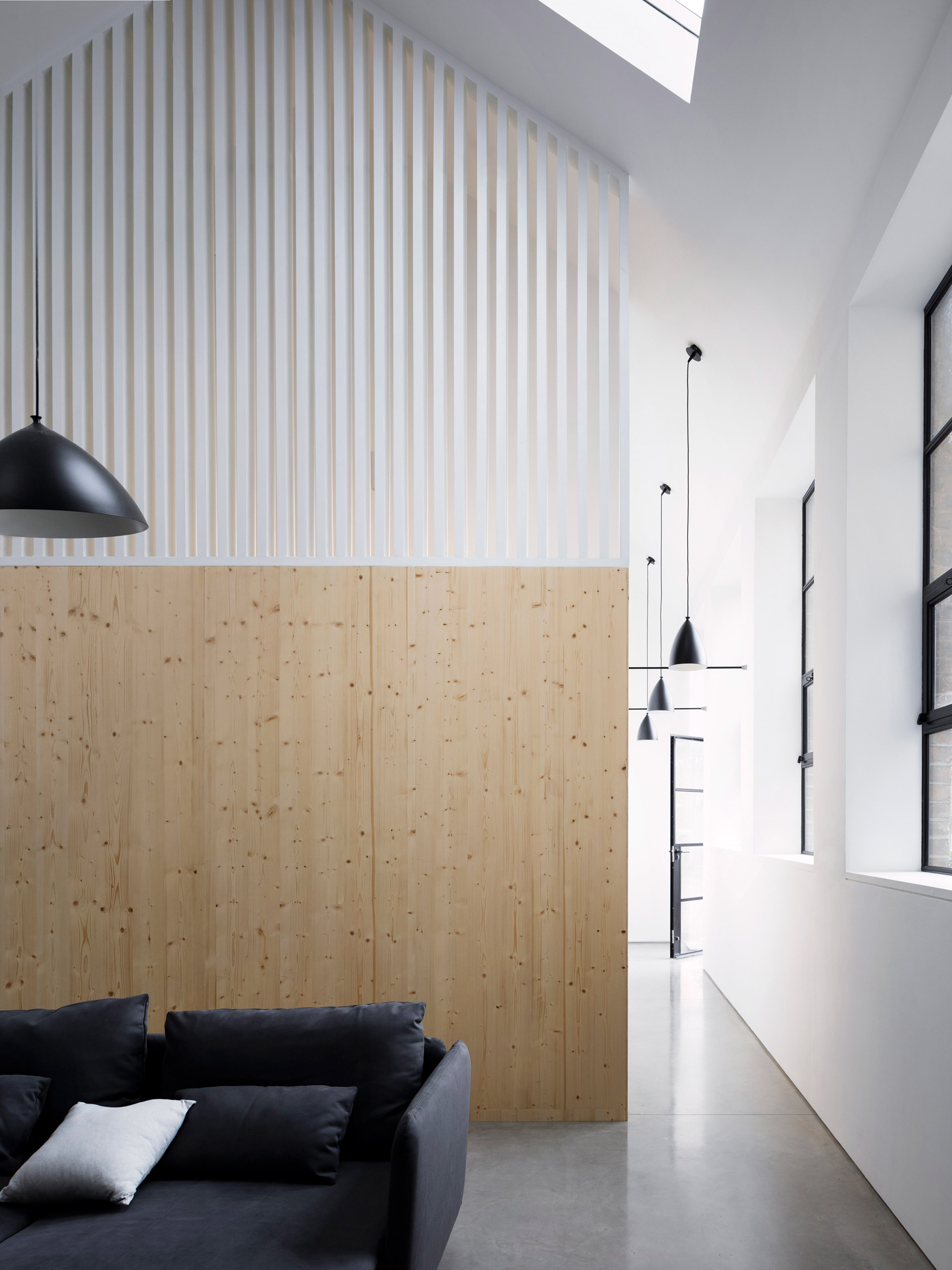 The architect, who runs the practice Paper House Project, set about obtaining permission to renovate the building and repurpose it as a home that encapsulates many of the ideas he explores in his practice.

“This house is an expression of my personal taste,” said Davies, adding that the project was influenced by his visits to London’s Albert Docks and the Tate Modern gallery’s Turbine Hall, as well as his experience living in a warehouse conversion in New York. 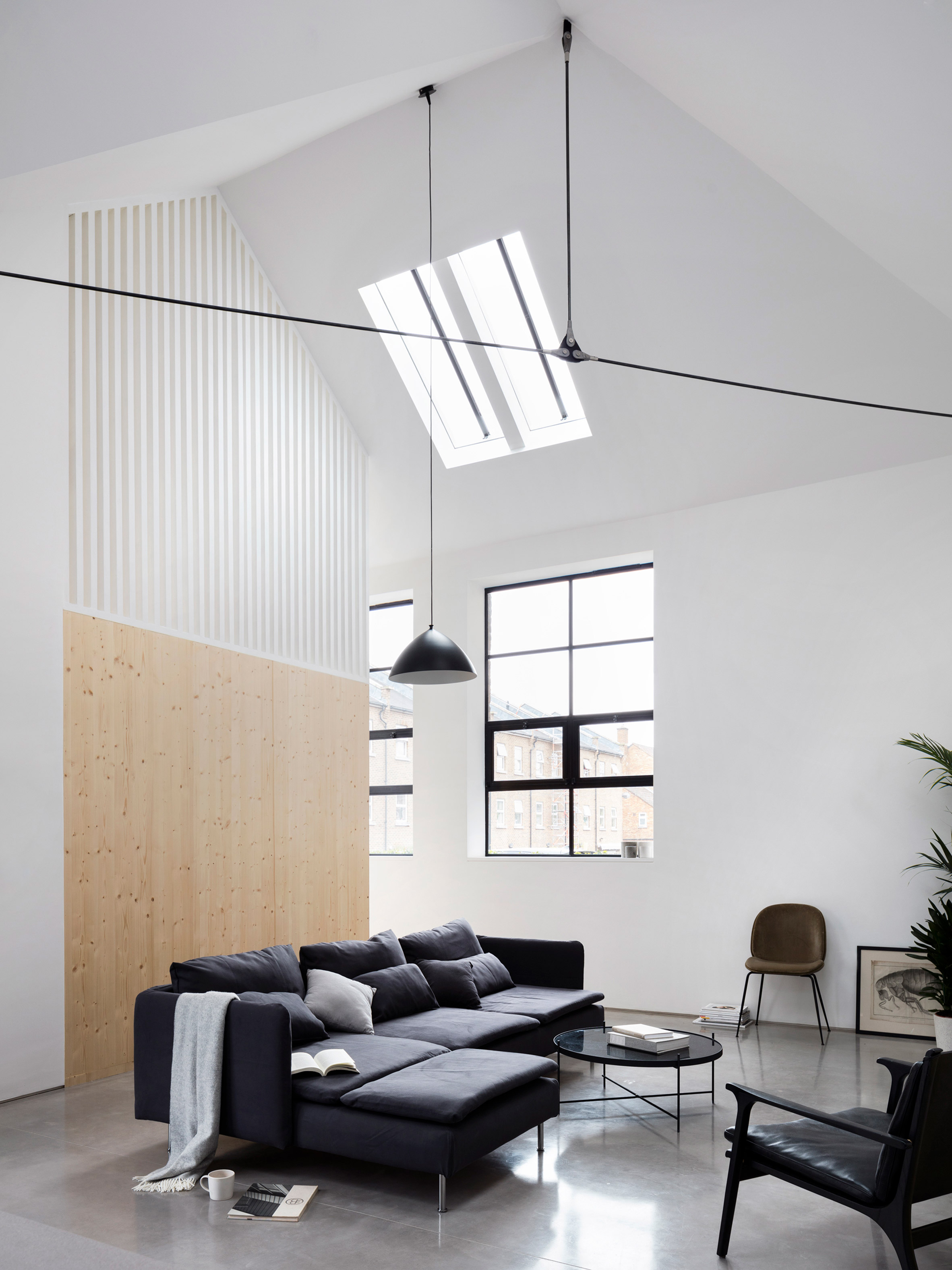 Due to the site’s location in a courtyard with limited access, Davies had to negotiate a new right of way and overcome problems posed by the inability for large vehicles to reach it.

In response to the access issues and the need to minimise disruption for the neighbours, most of interventions to the historic building were designed to be prefabricated off site. 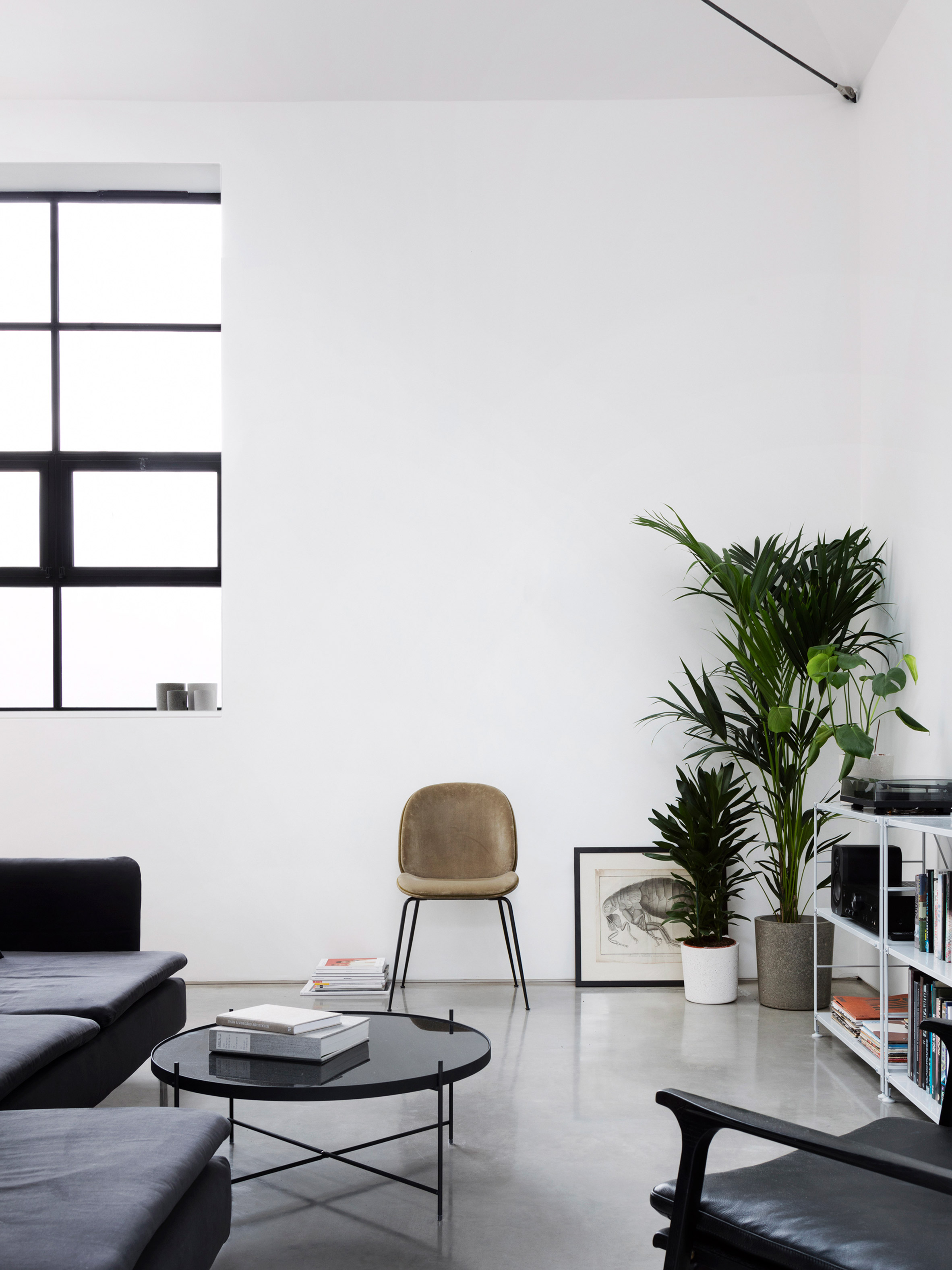 The resulting kit of parts comprised components that were small and lightweight enough to be carried through the courtyard by two people.

The building’s brick exterior was preserved and is held together by a high-level ring beam set into concrete corner bonders. 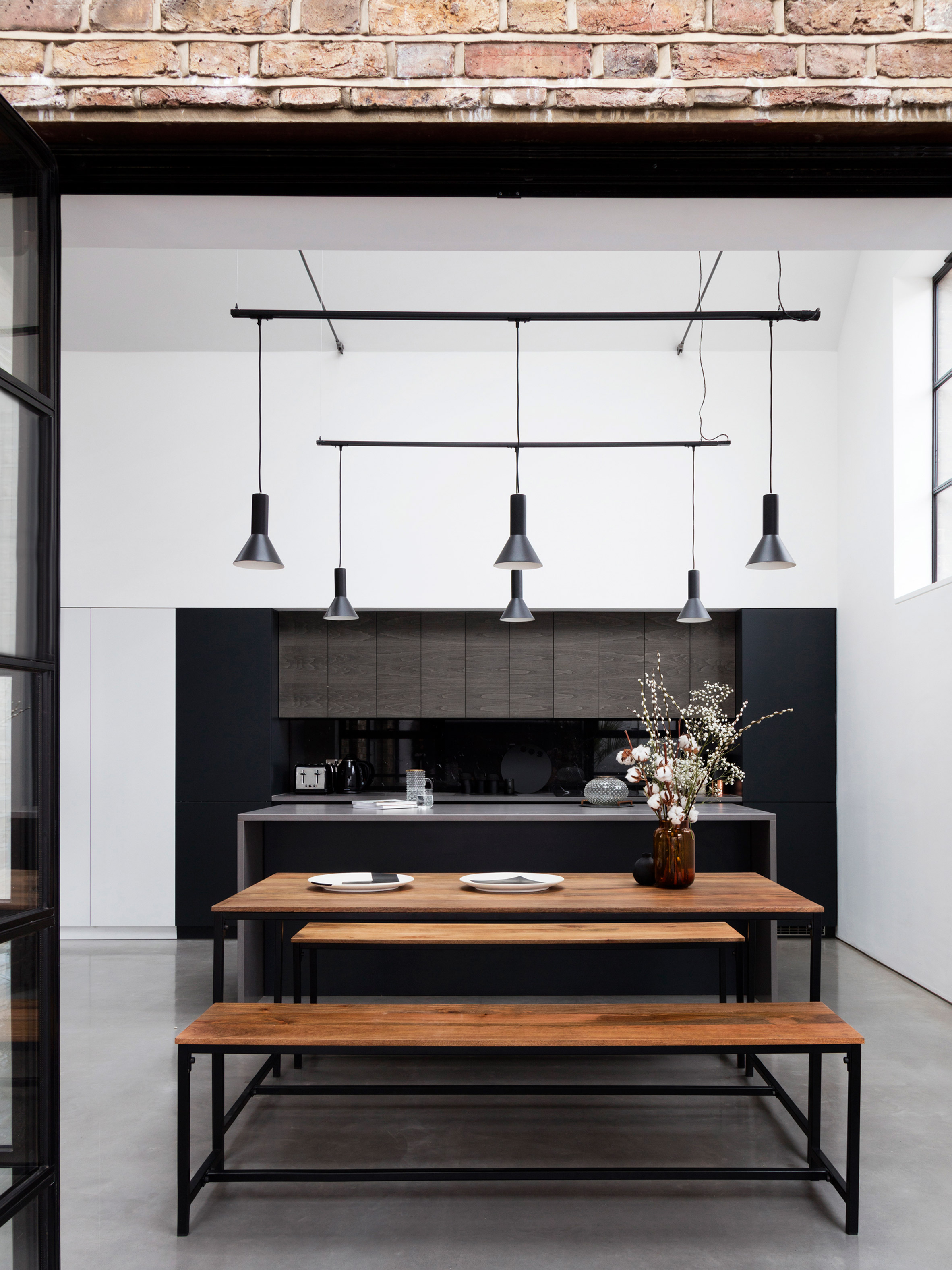 The result is an envelope that is robust enough to incorporate large steel-framed windows that allow natural light to flood into an open-plan interior arranged over two floors. 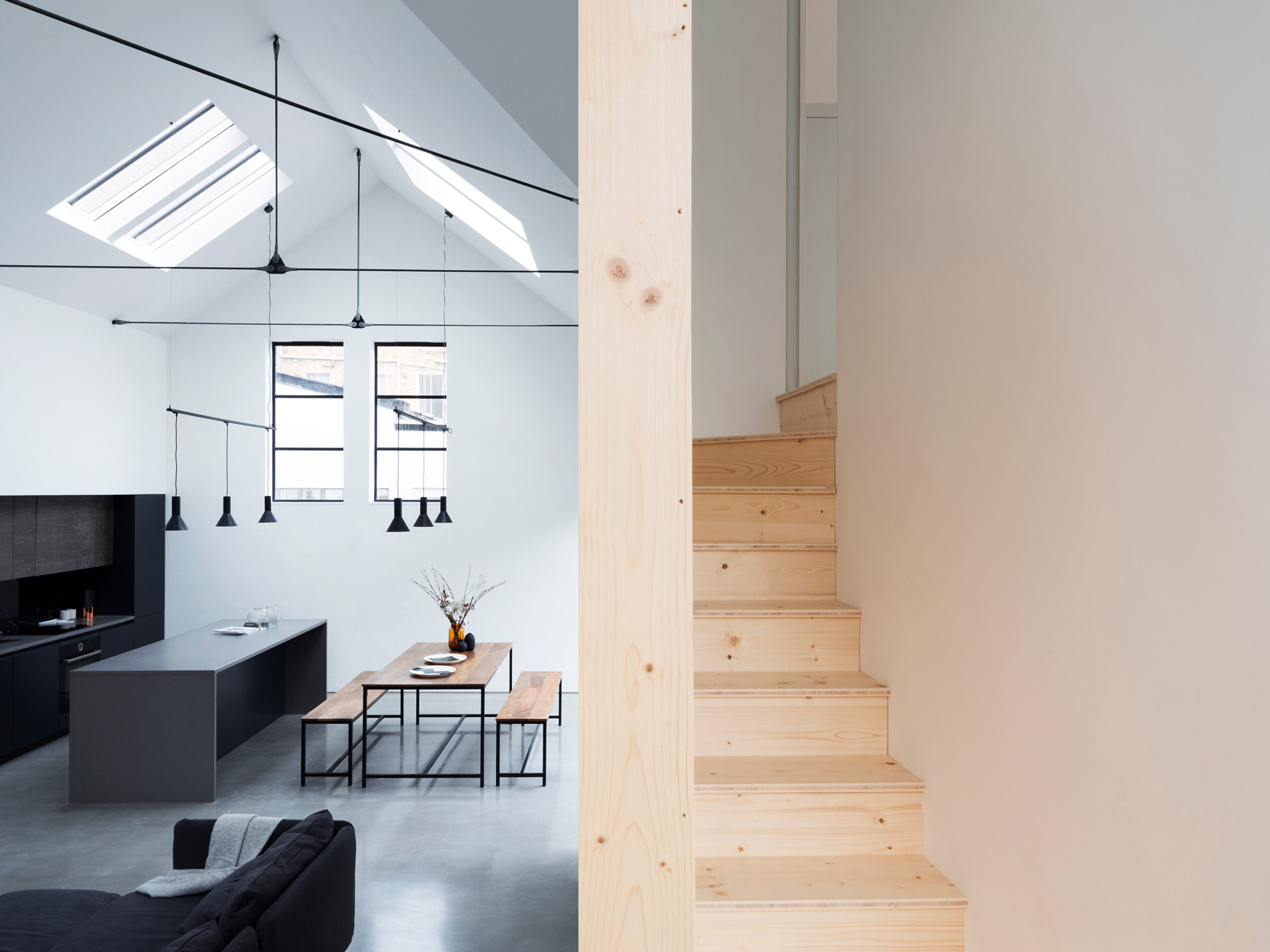 “The concept was to open up the space and add light and height to allow a practical, modern space to be created,” said a statement from Paper House Project.

“Working closely with a design engineer, a series of complex structural interventions were implemented to minimise visible structure within the double-height space.” 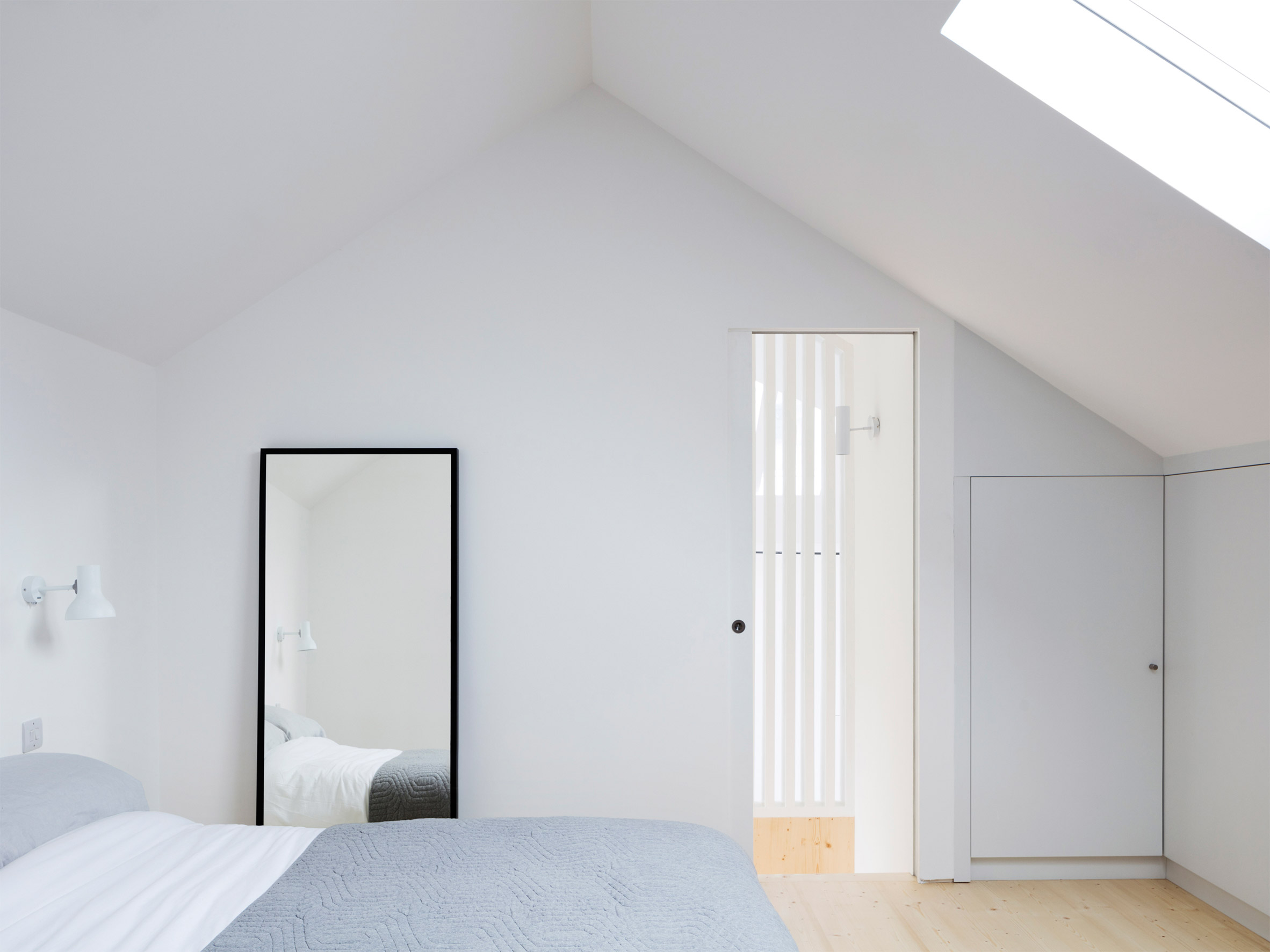 The kitchen is set flush into a double-height wall and features a black-marble splash back, matched with oak-veneer door fronts to contrast with the predominantly white interior. 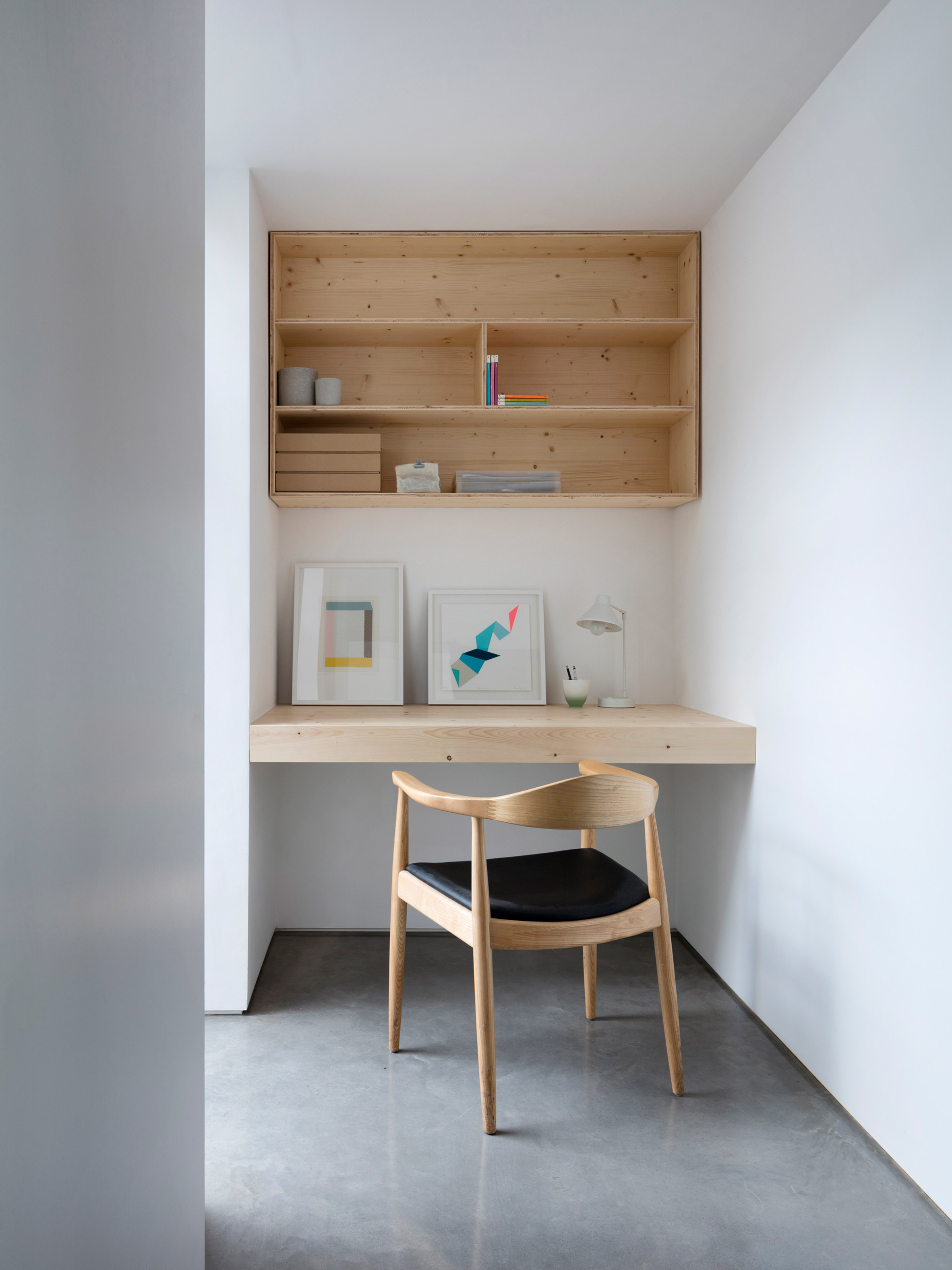 Wooden elements such as the spruce-panelled staircase and a dining table with matching benches introduce warmer elements, while a polished concrete floor evokes the building’s original use.