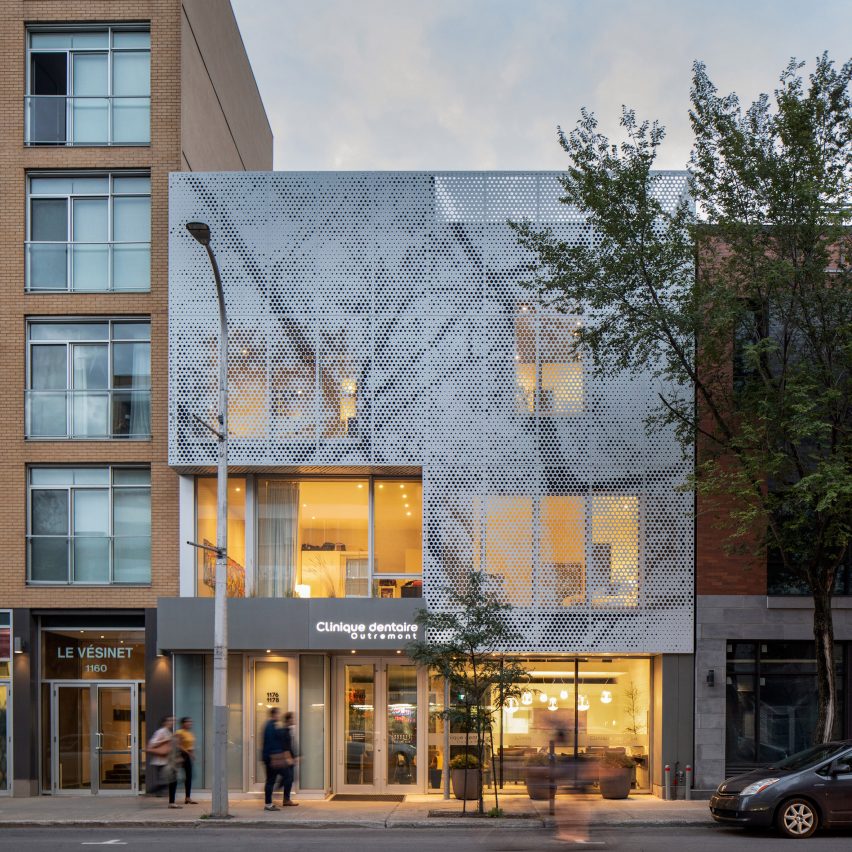 Local firm Paul Bernier Architecte created the three-storey Van Horne building in the city’s Outremont neighbourhood. It is slotted in between two brick structures on Van Horne Avenue, and contains a dental clinic on the ground floor, Clinique Dentaire Outremont. 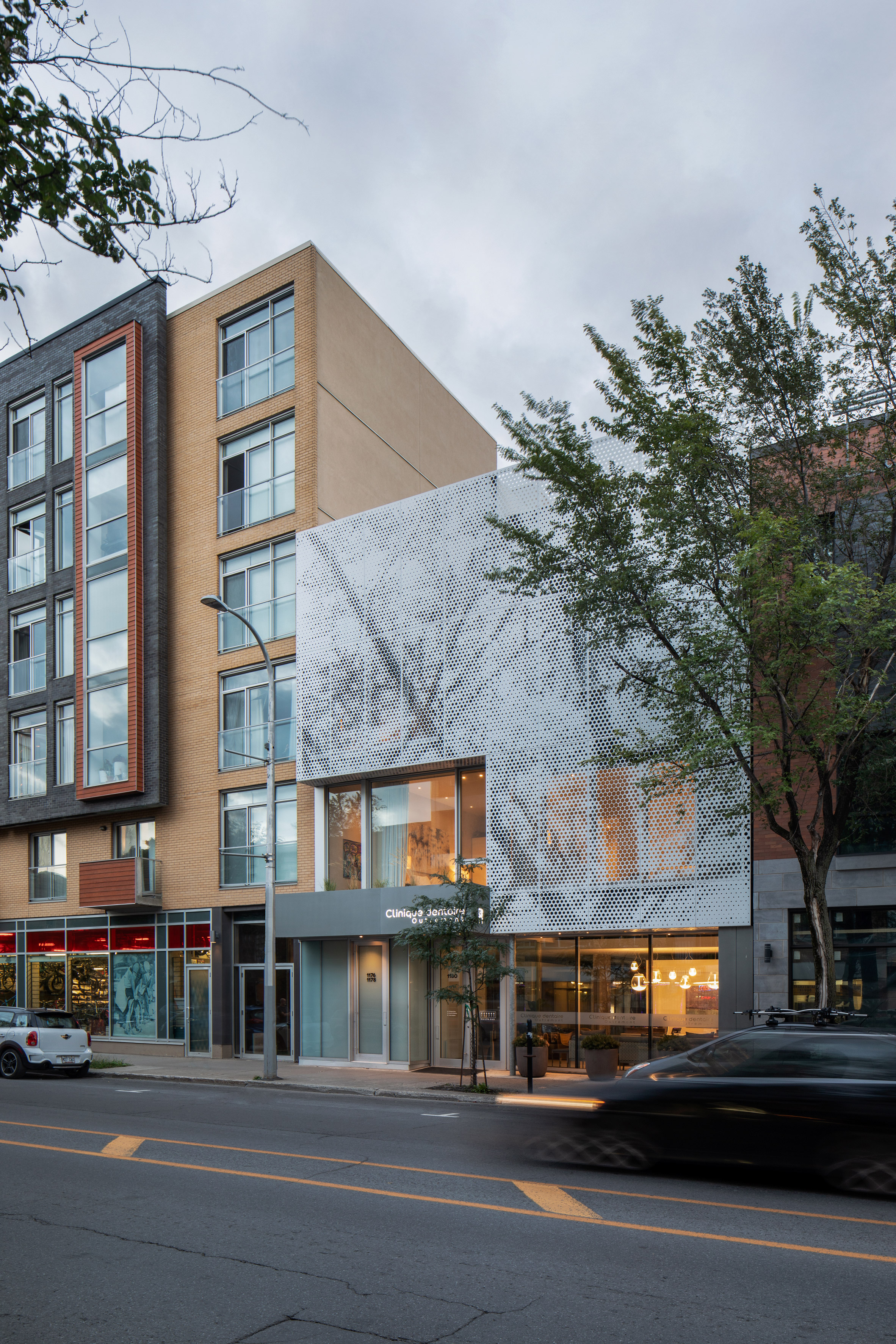 Only the concrete structure on the ground floor of the original building was retained during the overhaul. The top two upper levels are new additions, and each contains a two-bedroom apartment – one of which is for the owners of the complex. 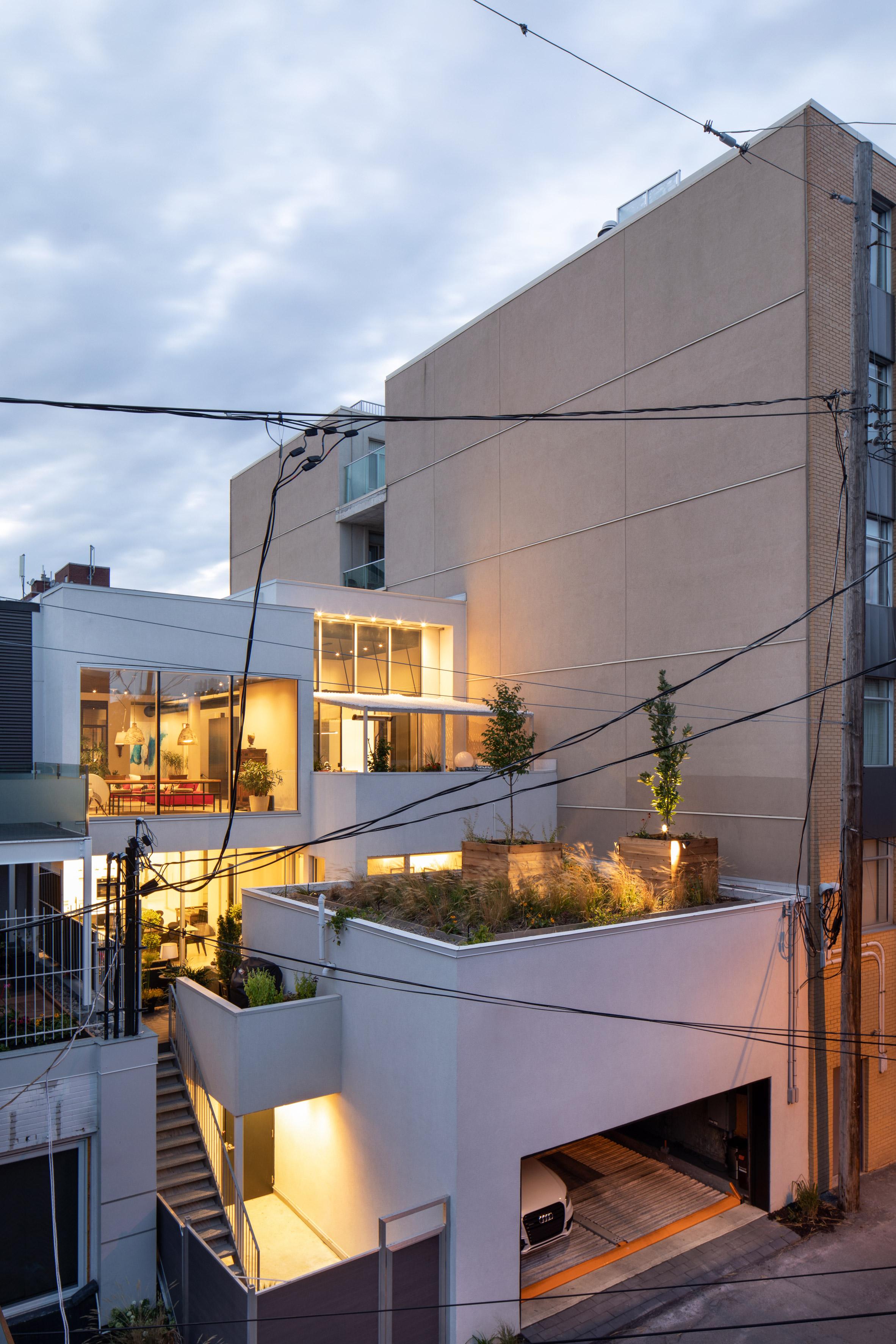 The two new levels feature the perforated aluminium panelling, which screen windows into the residences. One of the openings is left uncovered and has sliding glass doors that lead onto a terrace.

The cladding, which distinguishes the project from neighbouring buildings, was designed in collaboration with local artist Carl-Antonyn Dufault. 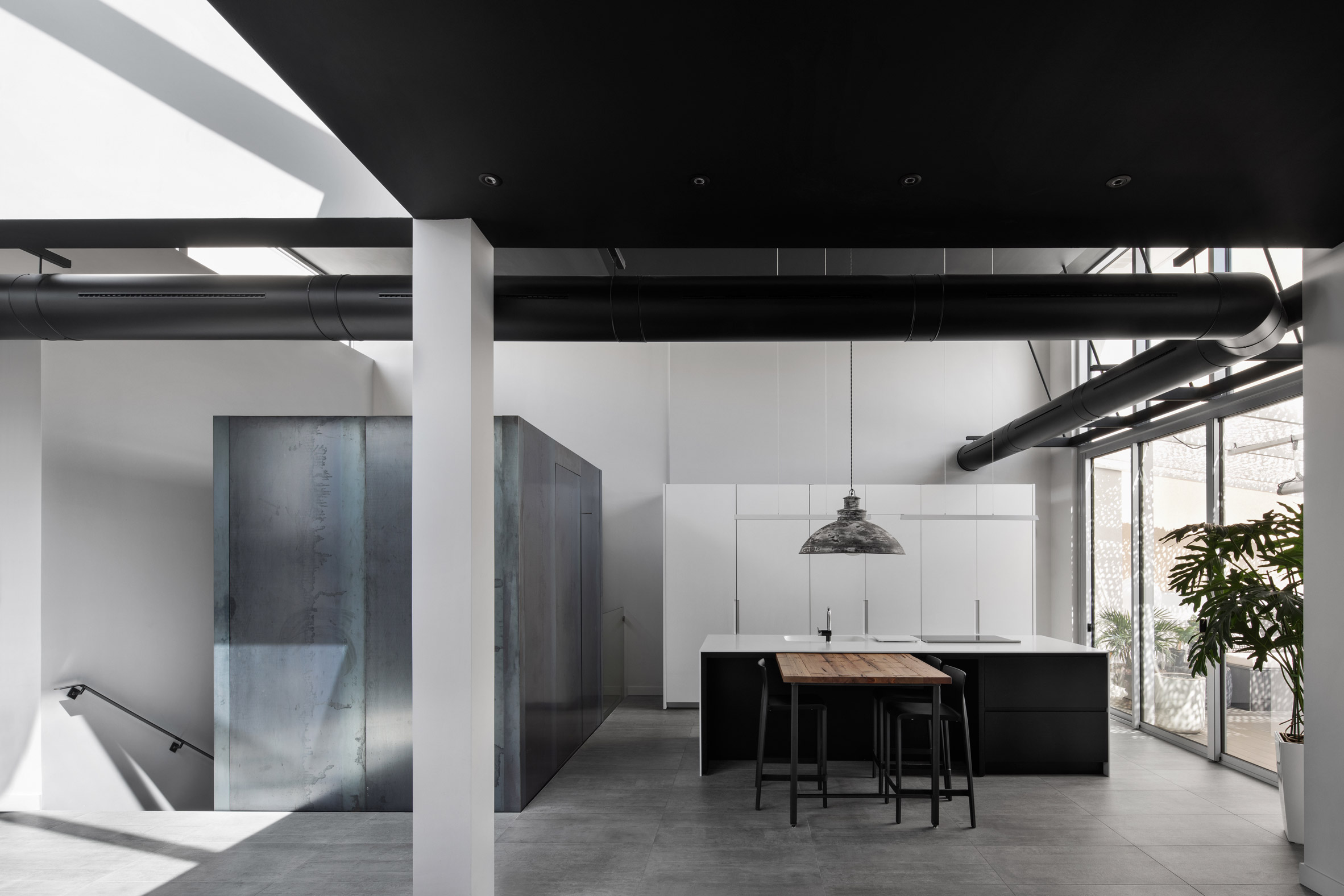 For the rear side of Van Horne, which faces onto an alleyway, the team arranged a series of overlapping, white volumes for different levels.

“The project plays with imbricated volumes,” the studio said. “In the back, those boxes are either protruding or set back, which creates private outdoor terraces for each unit.” 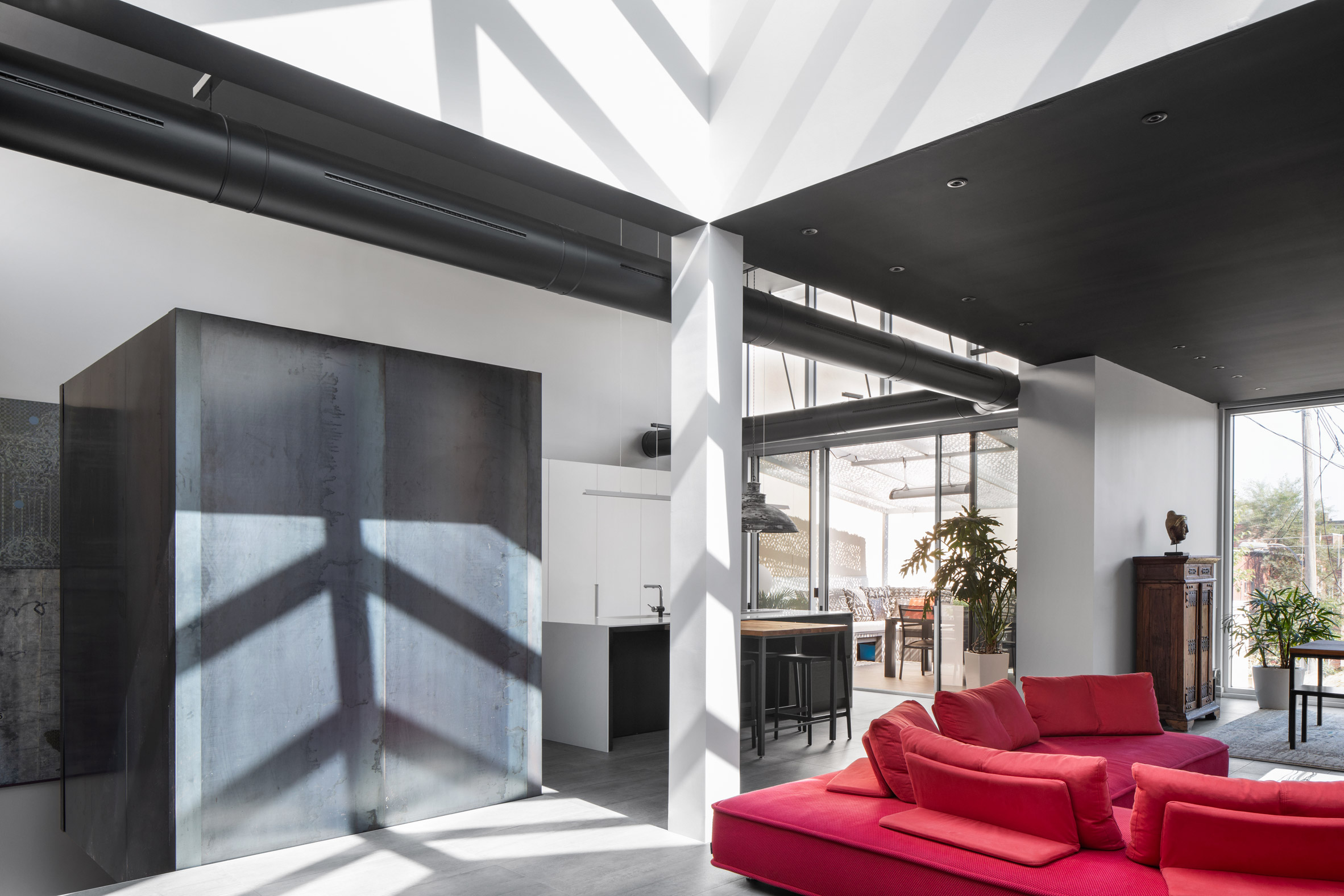 A two-car garage is at the back of the building, and its roof is topped with a garden and planted trees. A gated entry has a door to the dentist office, and outdoor steps access the rental unit upstairs. This entry is topped by a cantilevered green roof.

Van Horne has two entrances – one for the dental practice and one for tenants – placed next to each other along the avenue. 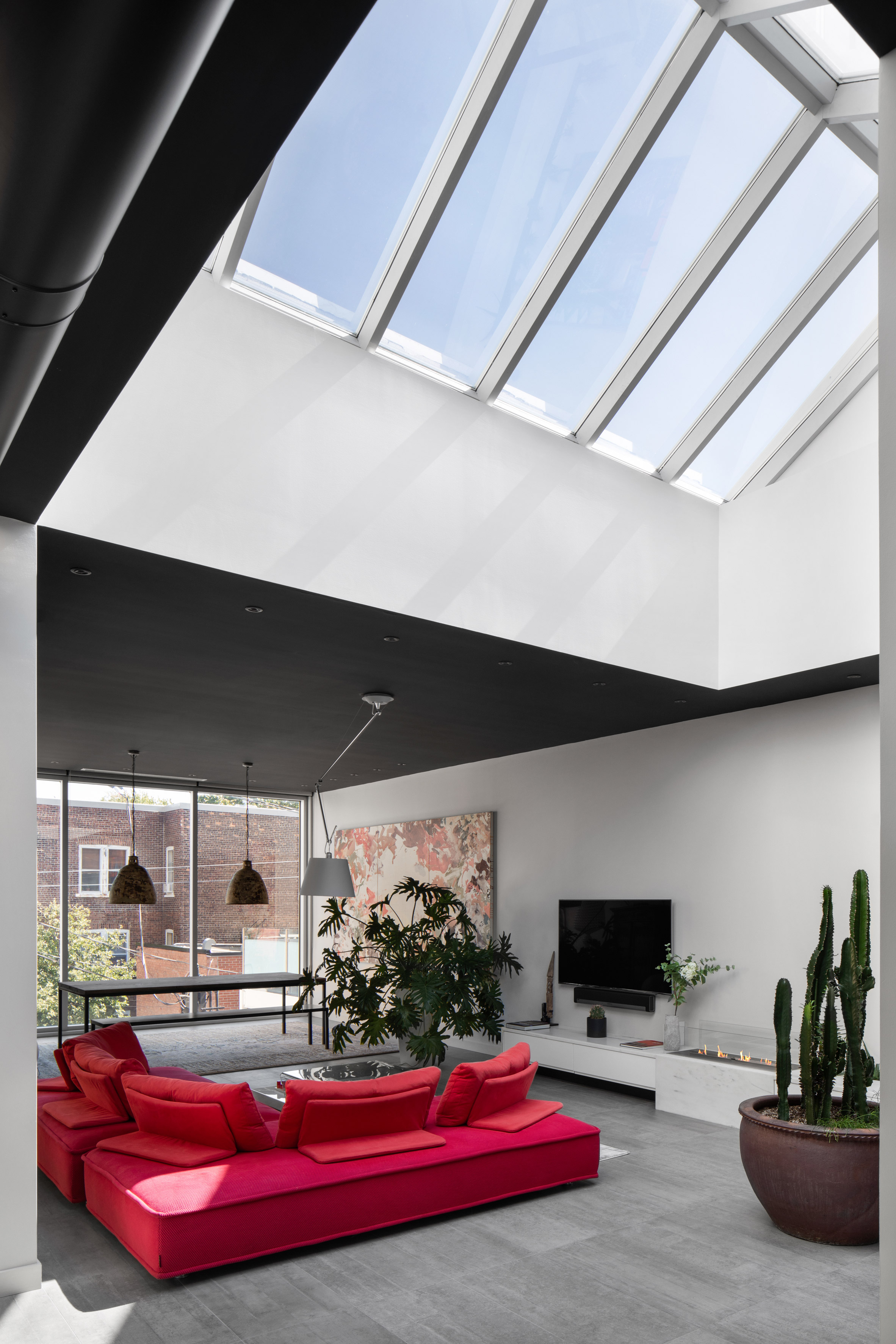 “A recess on the first floor of the main facade creates a loggia, an architectural element quite present on the avenue Van Horne,” Paul Bernier Architecte said.

“This loggia is occupied by a green roof installed on a cantilever which marks the entries of the housing units and the dental clinic.” 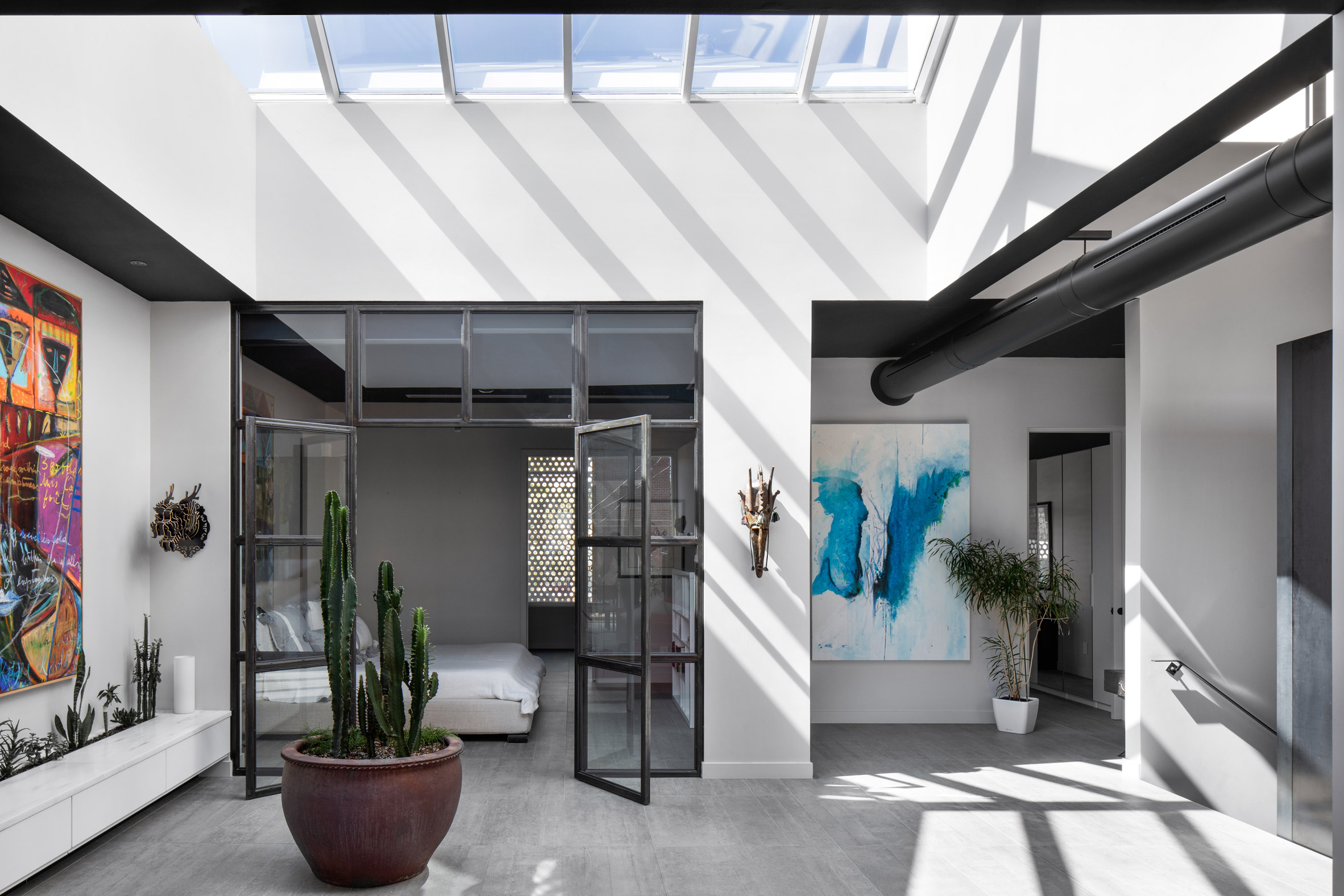 The building contains three stairwells inside: one at the front, one at the back, and one within to access the upper unit.

Both apartments have two bedrooms, overlooking Van Horne Avenue, in addition to an open-plan kitchen, living and dining room in the rear. 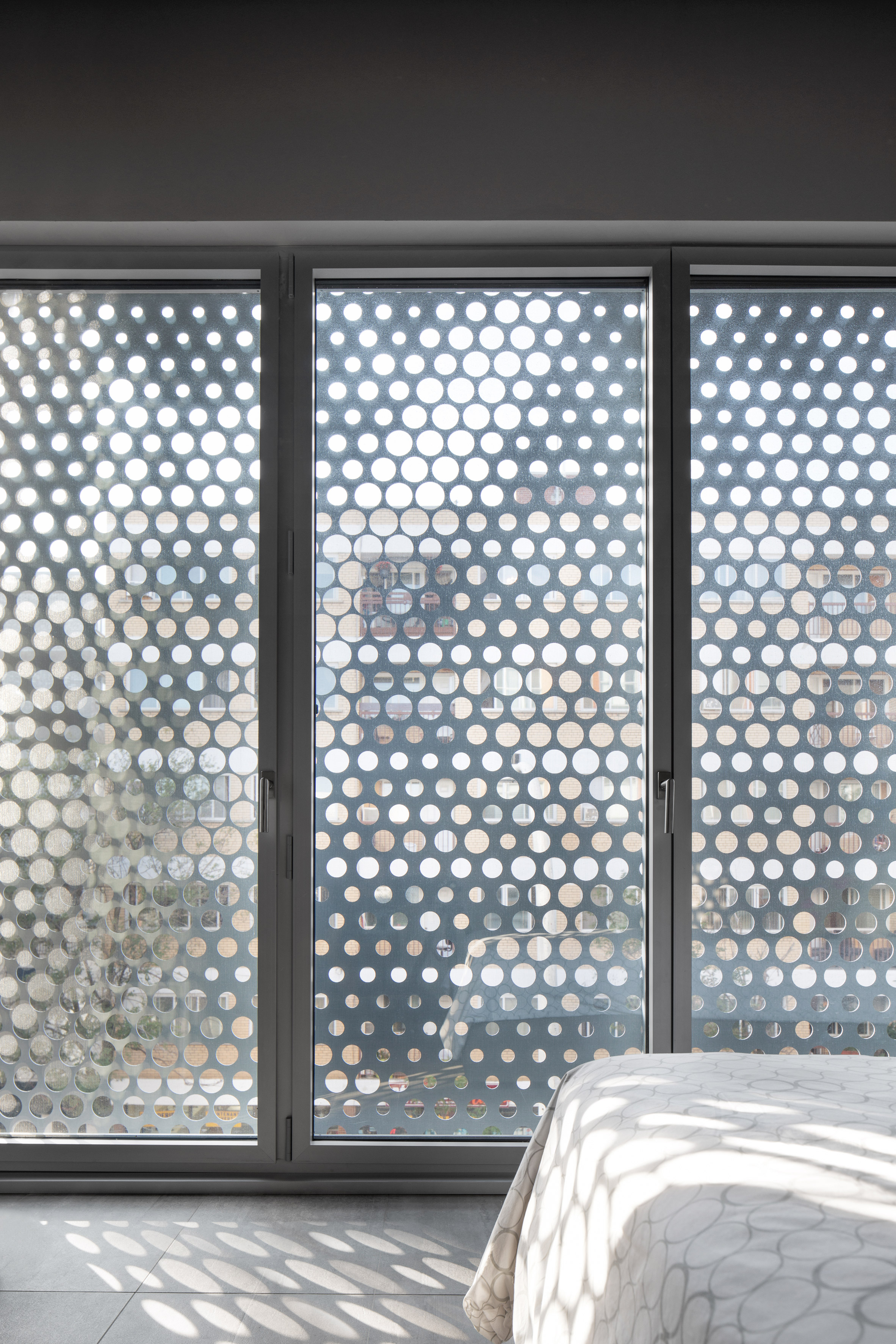 For the clients’ home on the top storey, sliding glass doors in the kitchen access a patio that offers a second dining area. A window above this door brings light into the home, in addition to a skylight.

Interiors are minimally decorated with contemporary furnishings and have white walls, concrete floors and black ceilings for contrast. 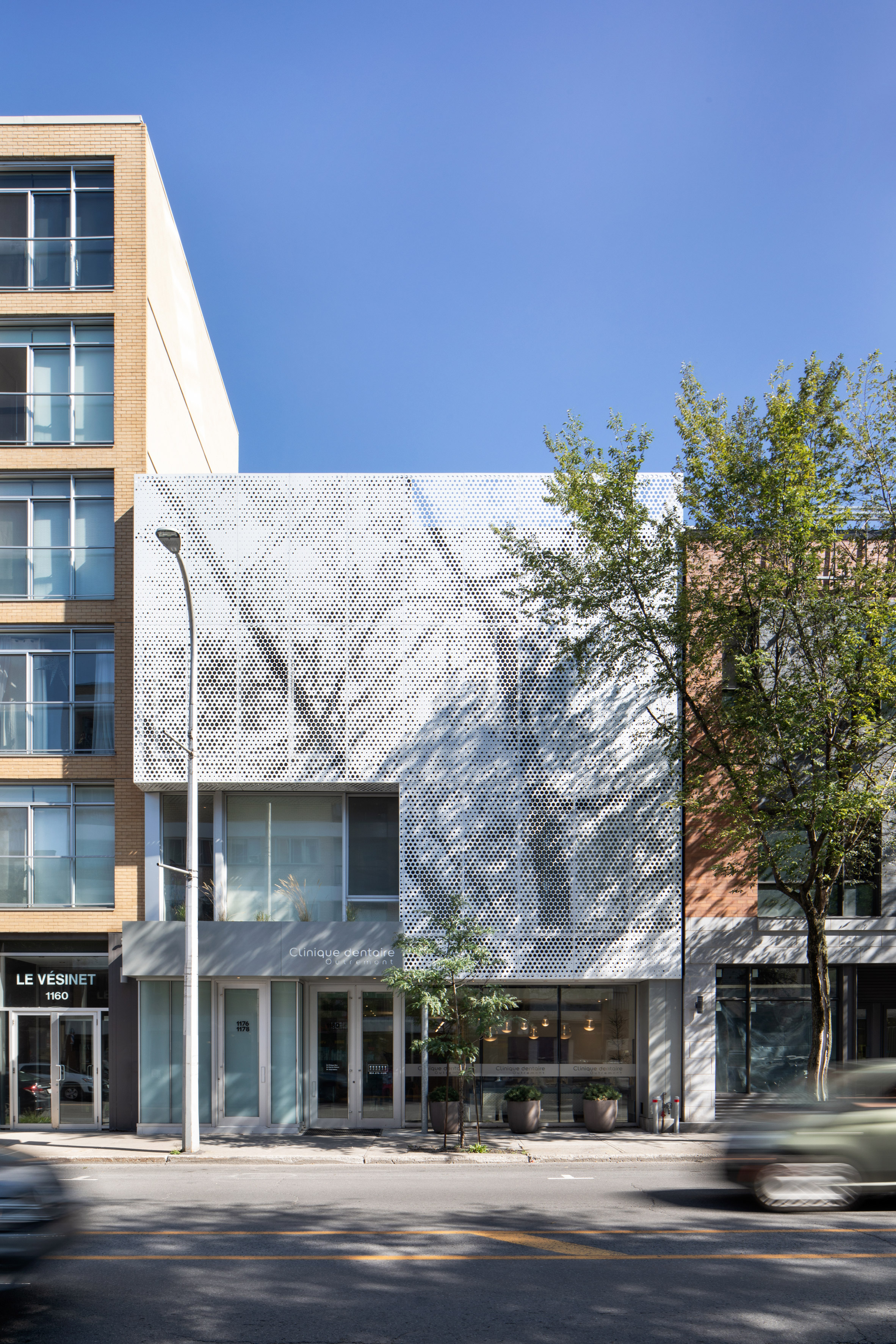 Another house also in the area of Outremont, meaning “beyond the mountain” of Montreal’s Mount Royal, is a renovated mid-century dwelling by local firm Naturehumaine.

Founded in 1991, Paul Bernier Architecte is a small studio based in Montreal’s Plateau neighbourhood and is led by Canadian architect Paul Bernier. The firm has also built a lake house in Quebec with rectangular volumes of weathering steel and blackened wood.