Japanese studio Tato Architects designed the interior of this house in Osaka as a single room containing angular platforms that perform multiple functions and are connected by a spiralling sequence of wooden steps. 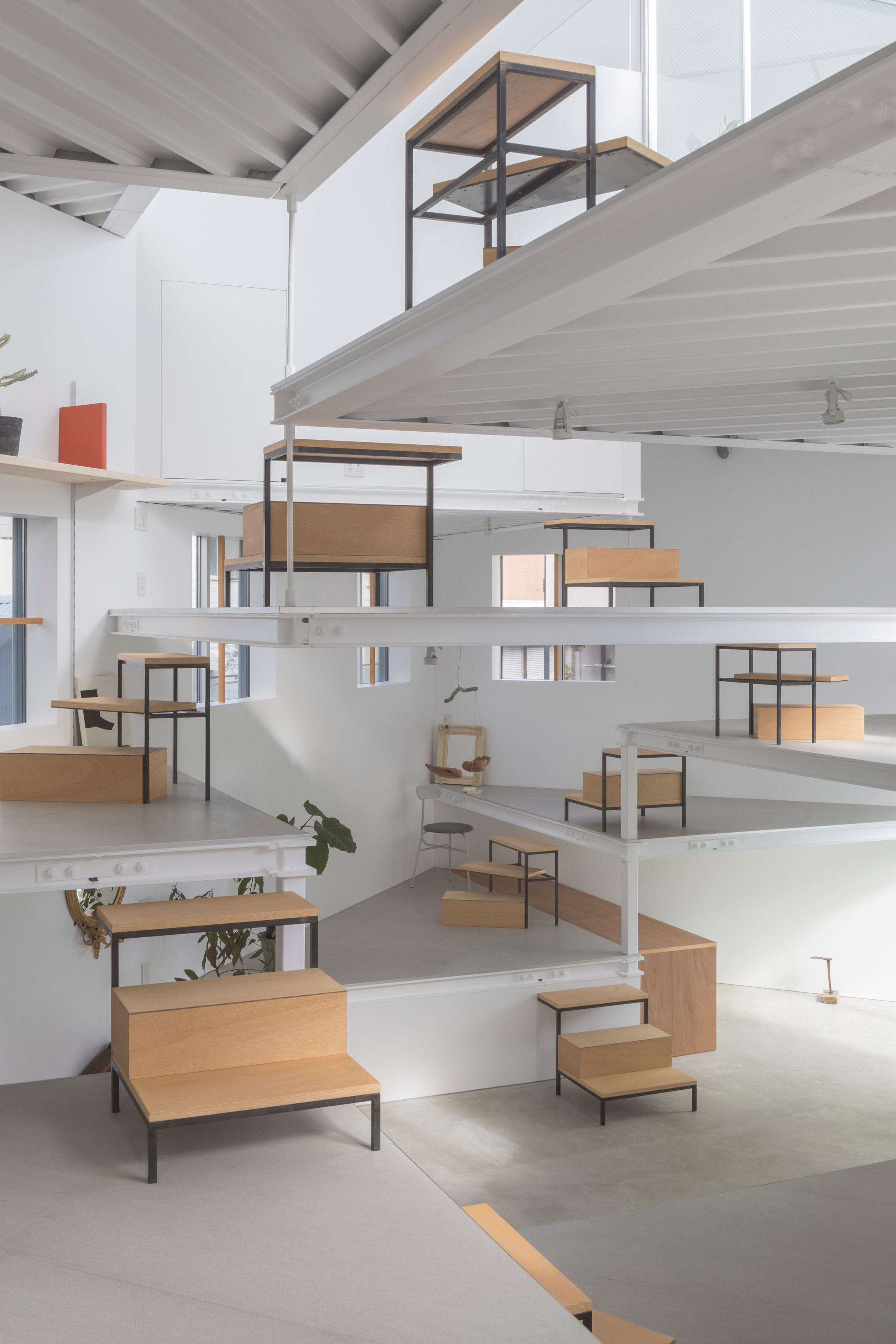 Tato Architects developed the house for a family of three who wanted a seamlessly connected interior space that facilitates a stronger connection between its occupants. 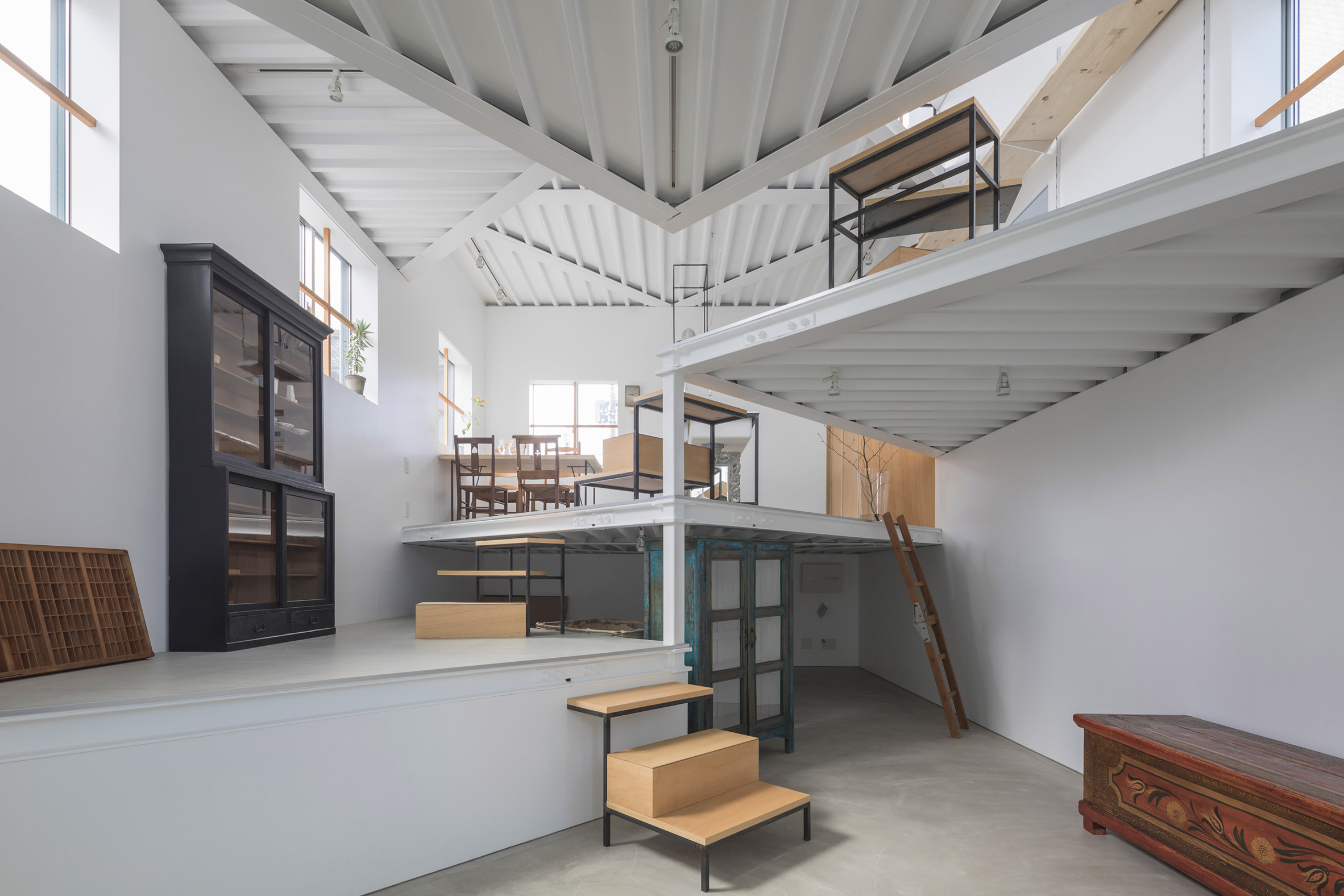 “The client requested that the members of the family can feel close to each other regardless of where they are in the house,” said a statement from the studio, which is based in nearby Kobe.

“Moreover, private rooms were not needed because they feel that it is lonely to withdraw into one’s own space, and storage space was also unnecessary because they did not want to tuck things away.” 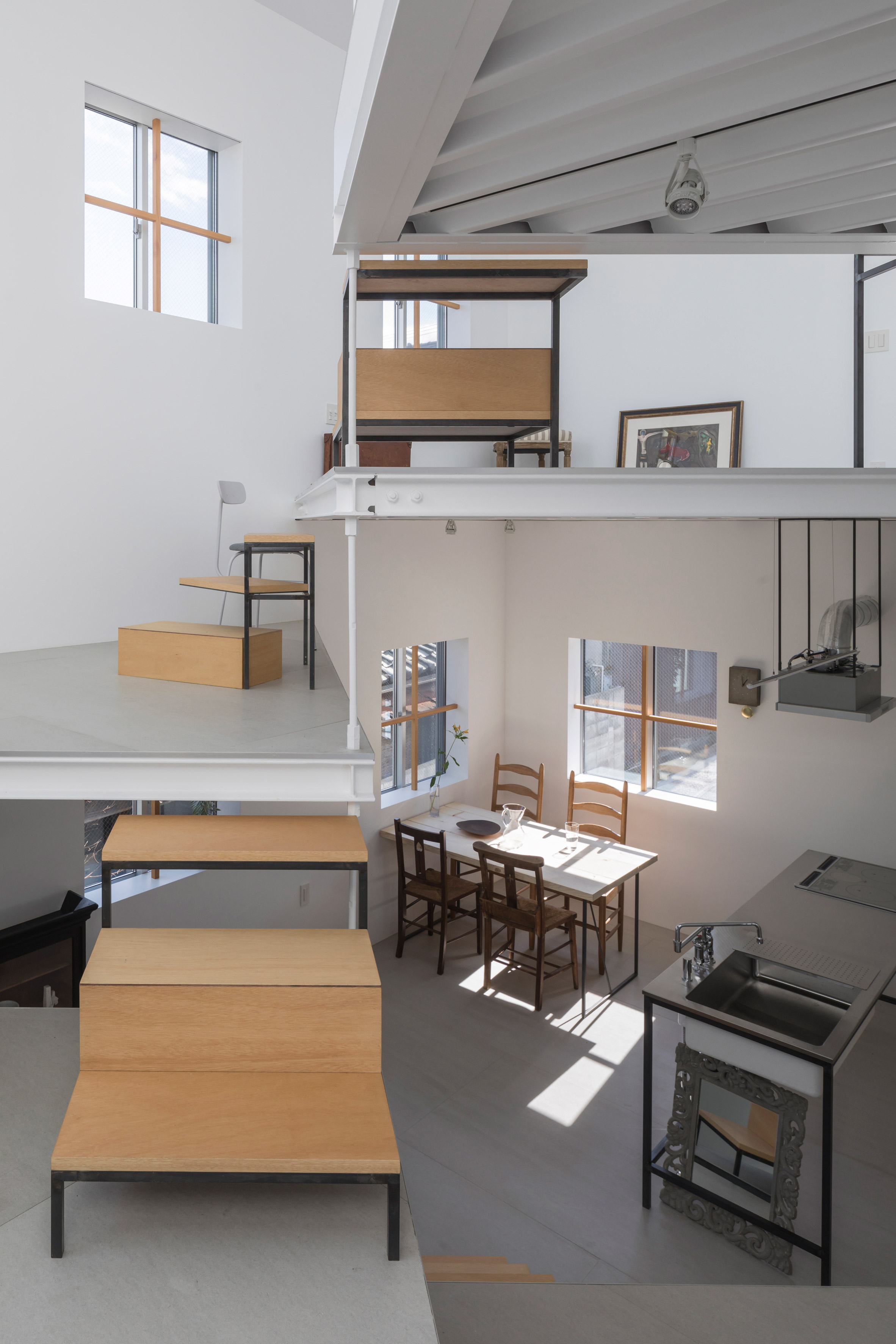 The building, which is equivalent in scale to a typical two-storey dwelling, is portioned up using a series of angular floors that create dedicated functional zones within the interior.

Each of the different levels is raised 70 centimetres above the one below. This height difference enables the floor surfaces to function additionally as tables or shelves. 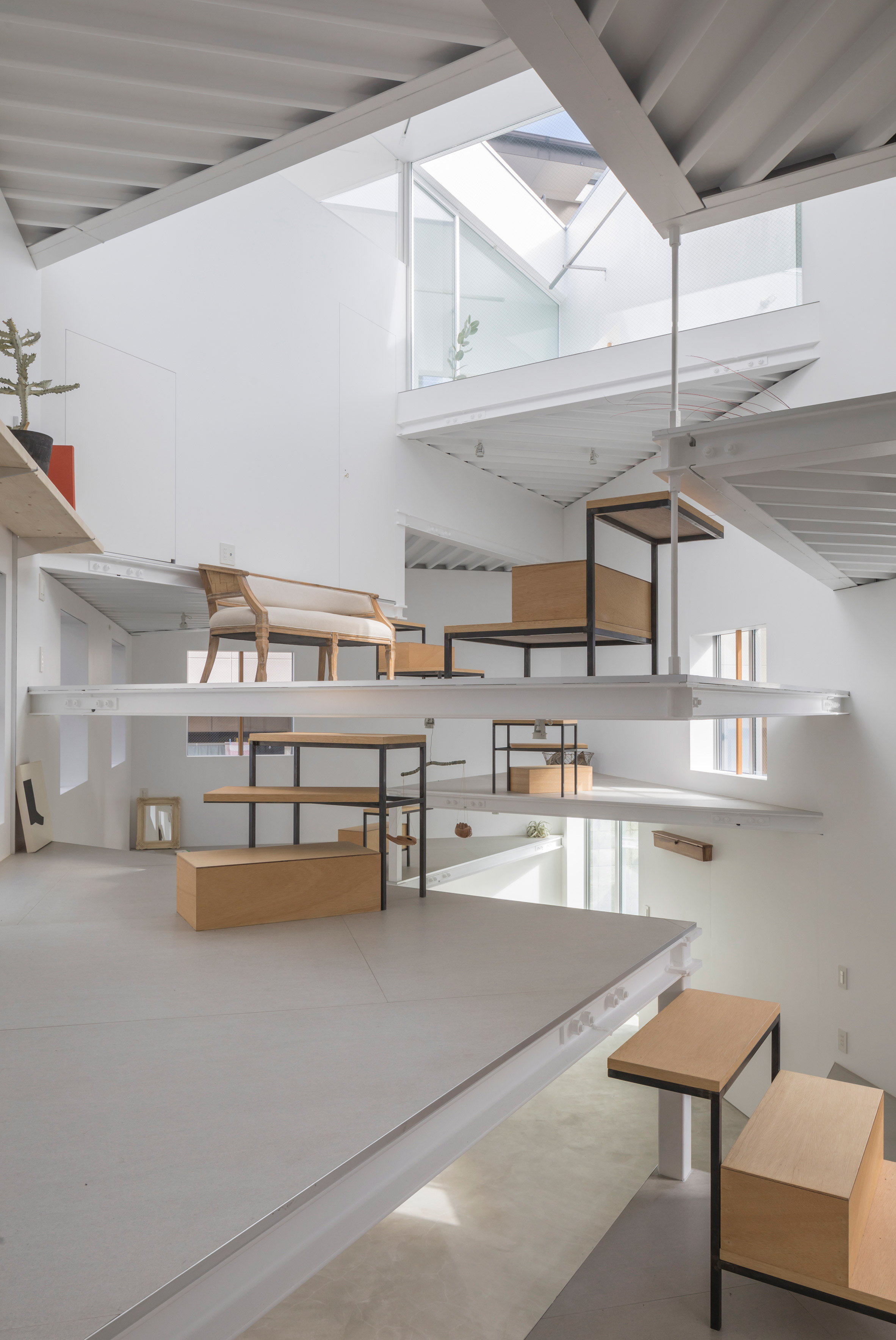 From an entrance level accommodating storage for coats and bikes, the floors spiral upwards along two sides of the space. They converge at a central living area, before branching off again and ascending towards a pair of roof terraces.

“By using this combination of two spirals, we were able to create multiple paths inside the house that allow different room compartments and changes in the circulation, equipping the house to be able to accommodate changes in the lifestyle of the client,” said the architects. 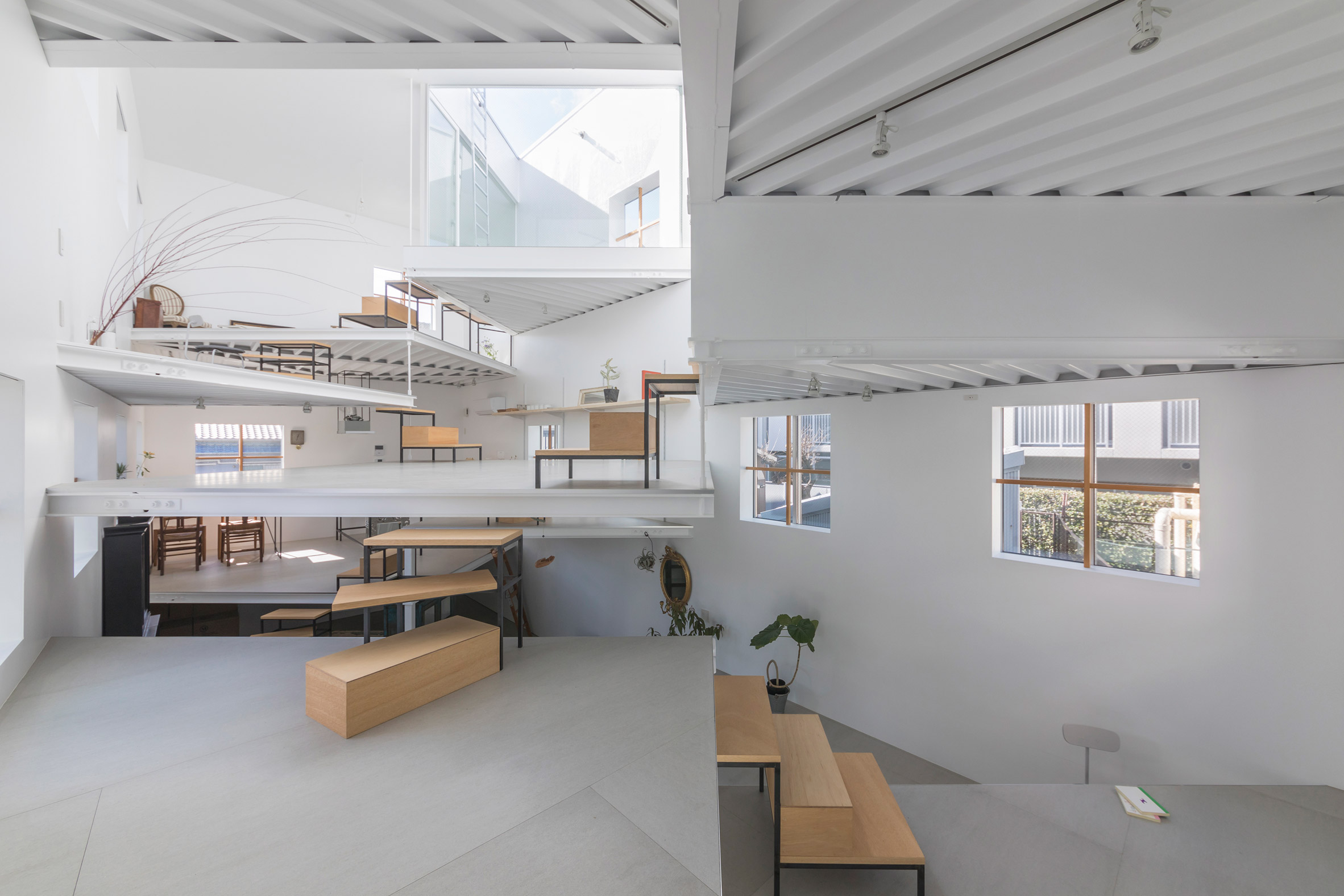 The house’s steel framework conforms with local fire regulations and forms a supporting structure for the 13 separate floors – seven of which are suspended from the roof beam, with the other six raised up on square steel pipes.

The platform floors are constructed using simple steel beams supporting sturdy corrugated-metal panels that are left exposed on the underside.

Each level is connected to the next by a short set of steps featuring a black metal frame and timber surfaces that introduce a warm, natural detail to the otherwise minimal interior. 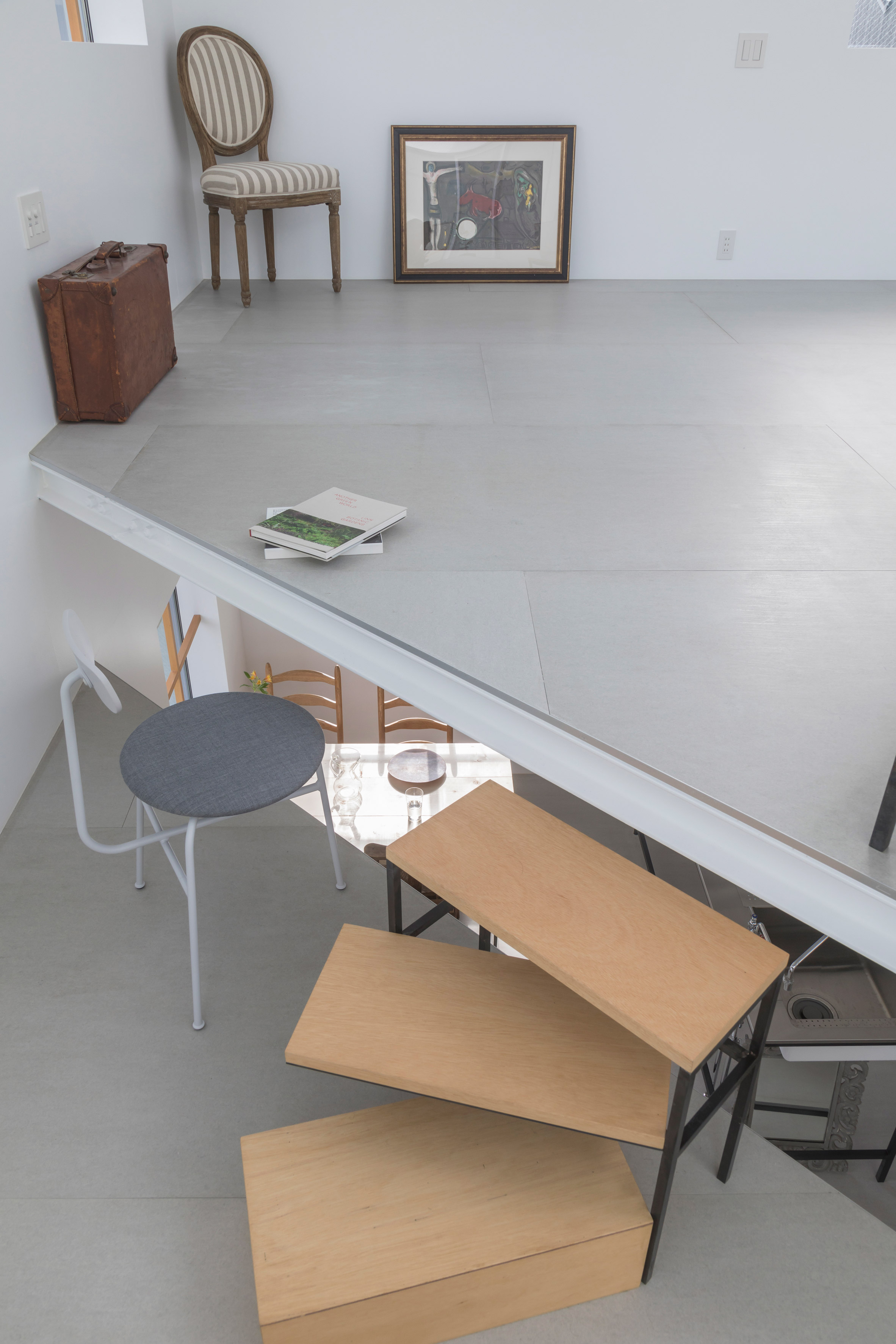 The property’s location in a densely urbanised and developing neighbourhood prompted the studio to propose a design that takes into consideration the likelihood of tall buildings being constructed around it.

Rather than attempting to accommodate any sort of garden at ground level, the building’s footprint extends almost to the perimeter of the site and the roof terraces provide outdoor spaces with optimal exposure to sunlight. 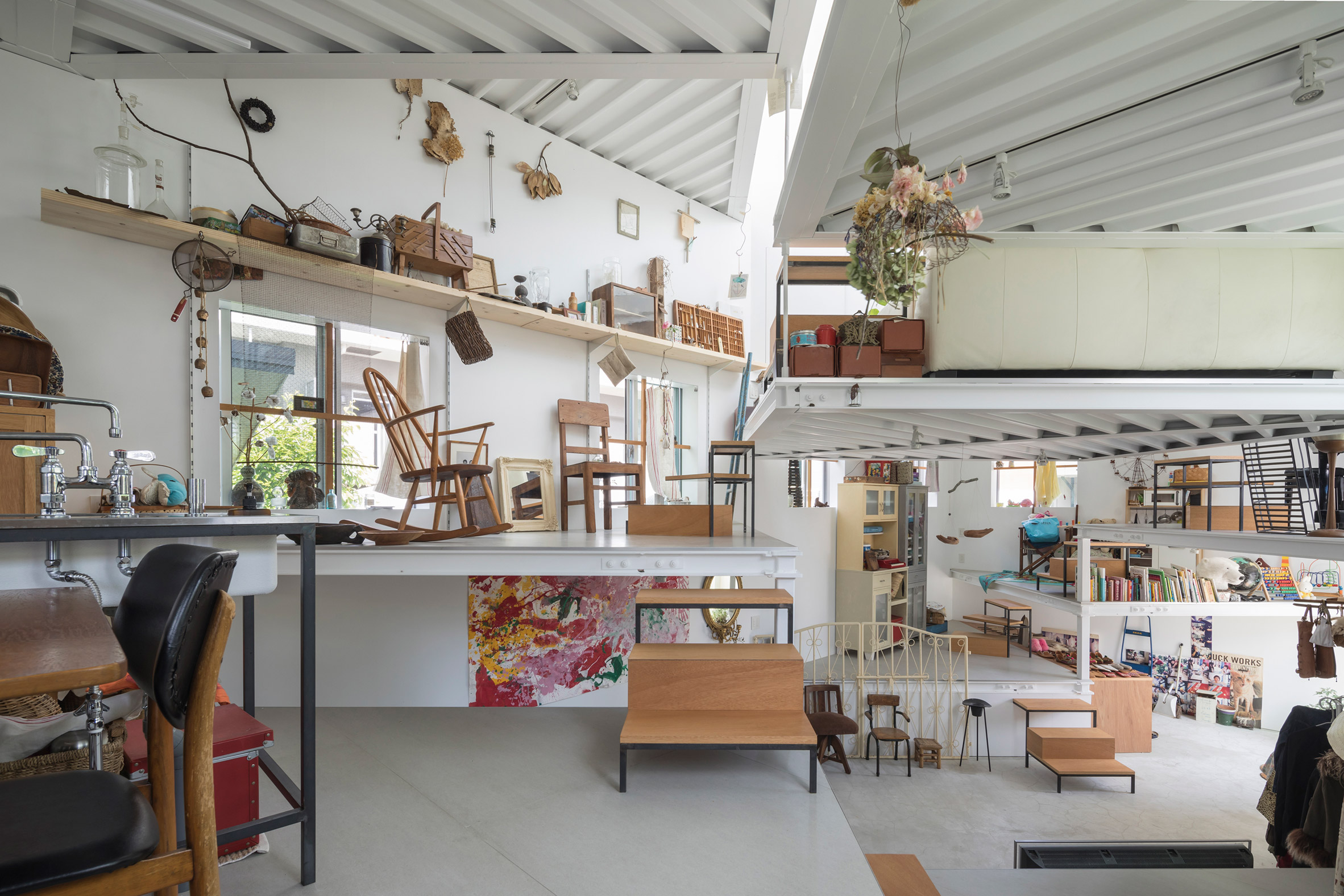 The terraces are accessible from the main bedroom and a bathroom at the top of the house, which are in turn connected to the central living space.

The owners, who were previously living nearby, moved into the house gradually and have steadily filled the various platforms with their furniture and possessions, resulting in the sort of richly personal environment the architects envisioned. 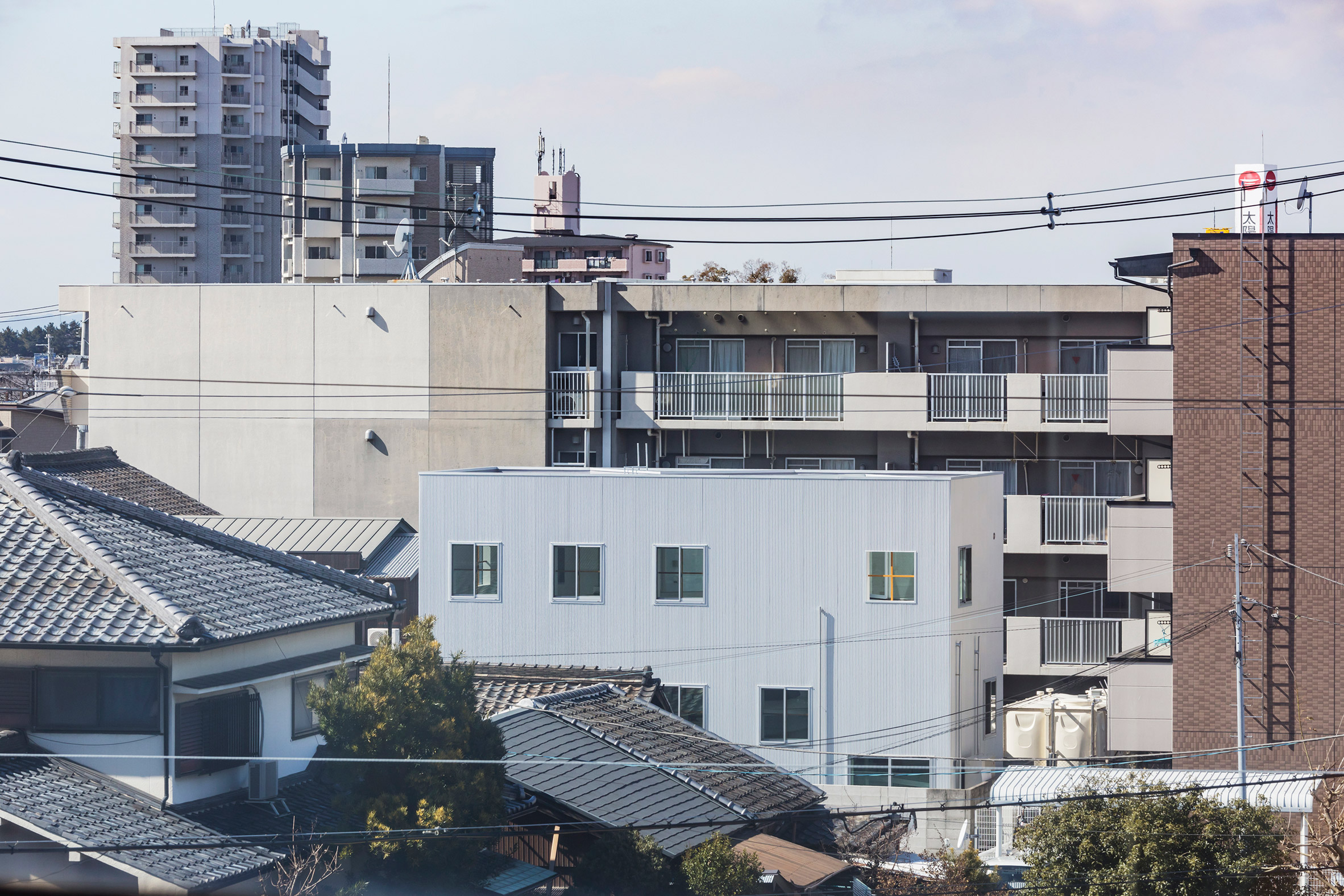 Tato Architects has previously used similar methods to create houses with multipurpose surfaces, including one with a desk that functions as a landing for a staircase, and another with built-in furniture forming part of the stairs.

Photography is by Shinkenchiku Sha.

The post Platforms function as tables and shelves inside Tato Architects’ House in Miyamoto appeared first on Dezeen.