American studio EC3 has created a residential development in central Detroit, comprising a cluster of different-sized Quonset huts made of steel and polycarbonate panels.

The True North complex is located in Core City, a quiet neighbourhood that sits a few miles west of the downtown district. The development is the neighbourhood’s first new construction project in over 60 years, according to EC3, a local studio led by architect Edwin Chan. 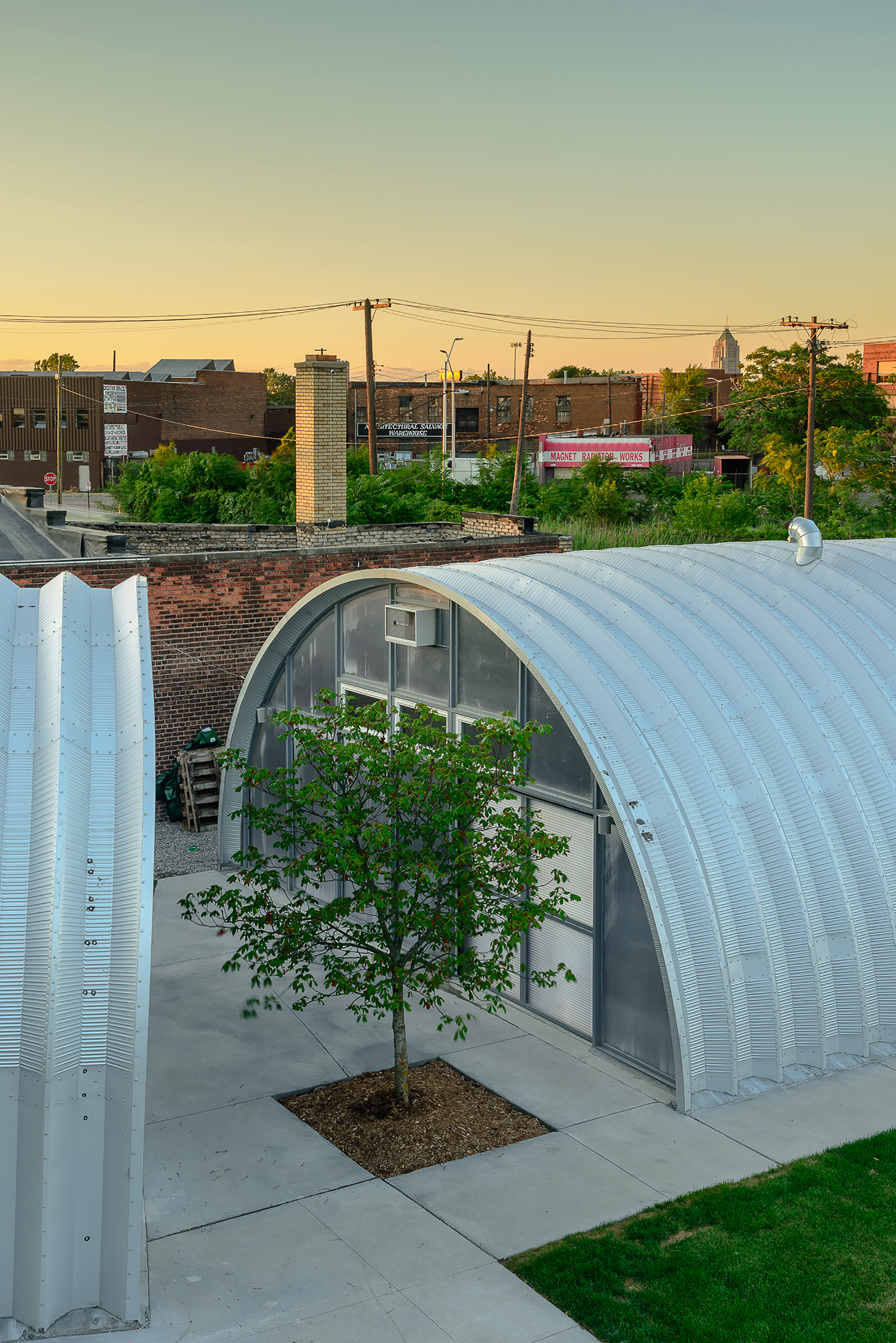 Built in less than a year, the complex consists of eight structures that are modified versions of the Quonset hut — an arched, prefabricated, lightweight structure that became popular during the second world war.

The True North dwellings have a structural frame made of prefabricated steel ribs, with exterior walls clad in metal and polycarbonate panels. The Quonset hut style was chosen for aesthetic and economic reasons. 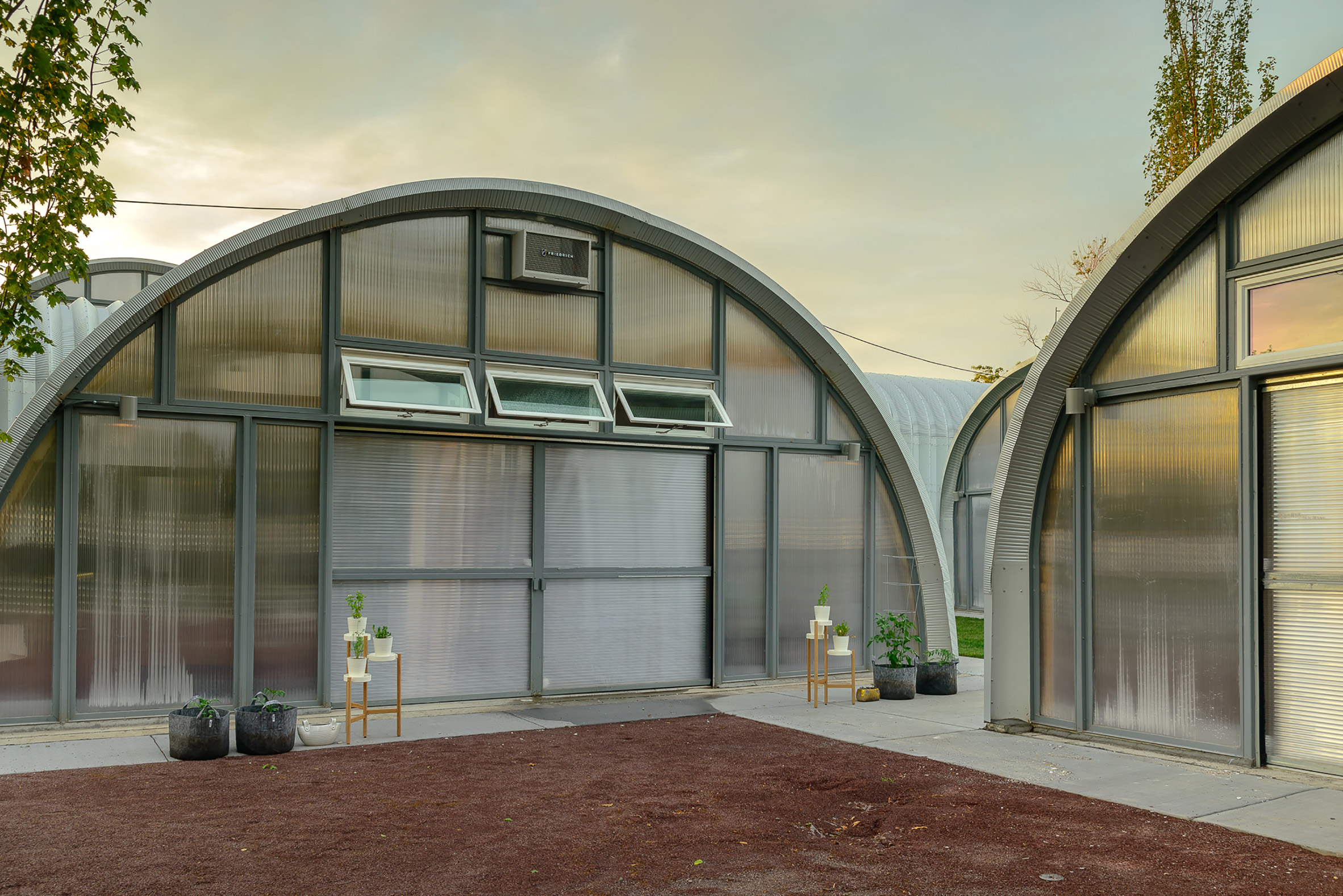 “The shared vision for True North was to elevate the simplicity and prowess of the Quonset hut form for how we live and work today, as well as to meet the regulatory codes and requirements for new residential development,” the studio explained in a project description.

The huts are placed at various angles on a half-acre site, which features parking spots, walkways and newly planted trees.

“The strategic size and placement of the huts fosters a sense of openness and security, views and privacy, socialising and solitude,” the team said. “It also makes for a destination spot in Detroit’s ever-developing built environment.”

The complex is described as a place for living and working. Six of the huts contain a single rental unit, one contains two units, and one houses a flexible event space on the ground level and a rental unit up above.

Inside, rather than taking a standardised approach, the design team treated each unit in a slightly different way. “Each interior is unique and designed to inspire different creative lifestyles in Detroit,” the firm said.

Plywood, drywall or a cementitious material were used for walls and ceilings. In all of the units, in-floor radiant heating helps keep the interior comfortable during Detroit’s chilly winters.

All of the huts feature a core “island” that consists of a wood frame and polycarbonate cladding. The island houses the kitchen, bathroom, storage closet and mechanical functions. The top of the structure forms a mezzanine, which the occupants can use however they see fit.

The project was developed by Prince Concepts, a real-estate company founded by an entrepreneur in New York City. During the planning stage, the team welcomed questions from the public and even hosted a barbecue for local residents. 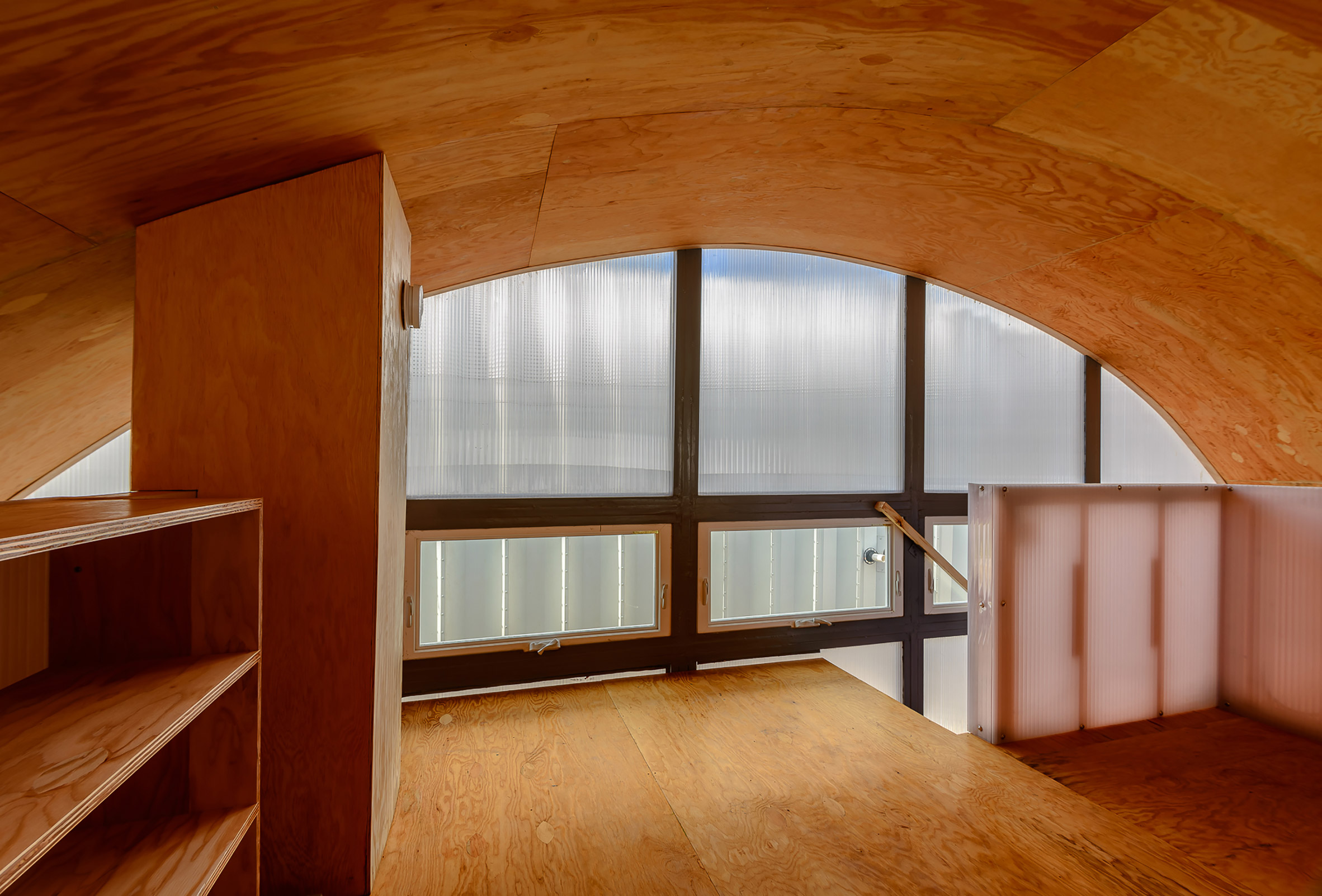 “The team strongly felt that the project had to serve and respect the community, embodying a new idea for elevating the attraction and value of a place without isolating or bulldozing the context and people who make up that context,” the architect said.

After years of regression, Detroit has been undergoing a revival in recent years. Projects in the Michigan city include a plan to create an urban riverfront park designed by Michael Van Valkenburgh and David Adjaye and a proposal by Schmidt Hammer Lassen for two glazed towers overlooking the city’s historic theatre district.

Photography is by Chris Miele unless stated otherwise.