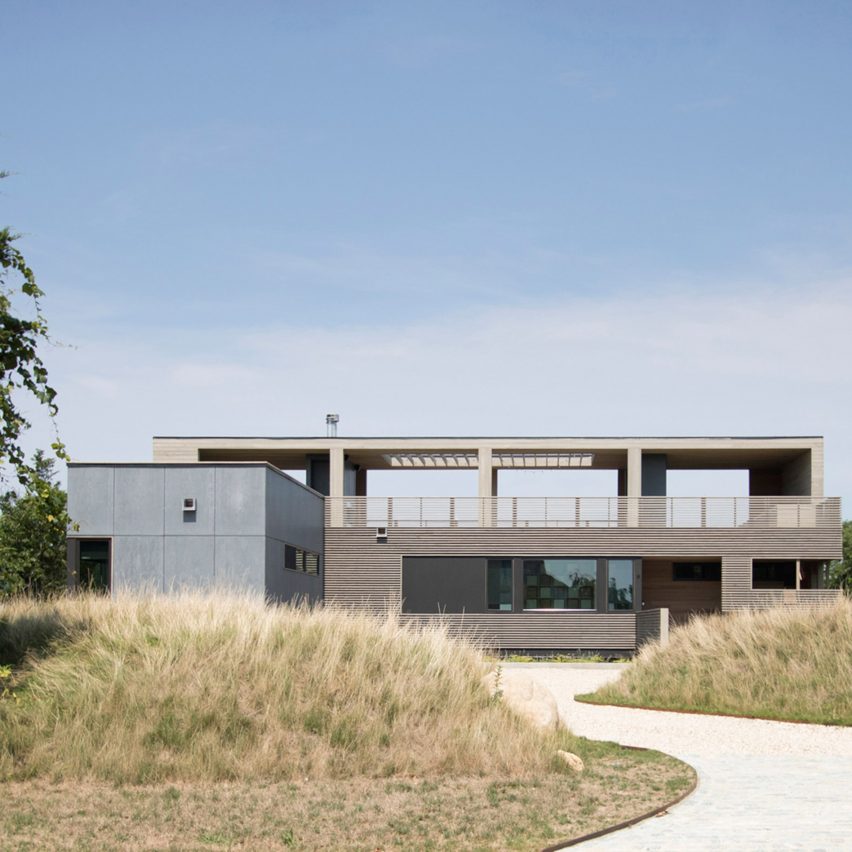 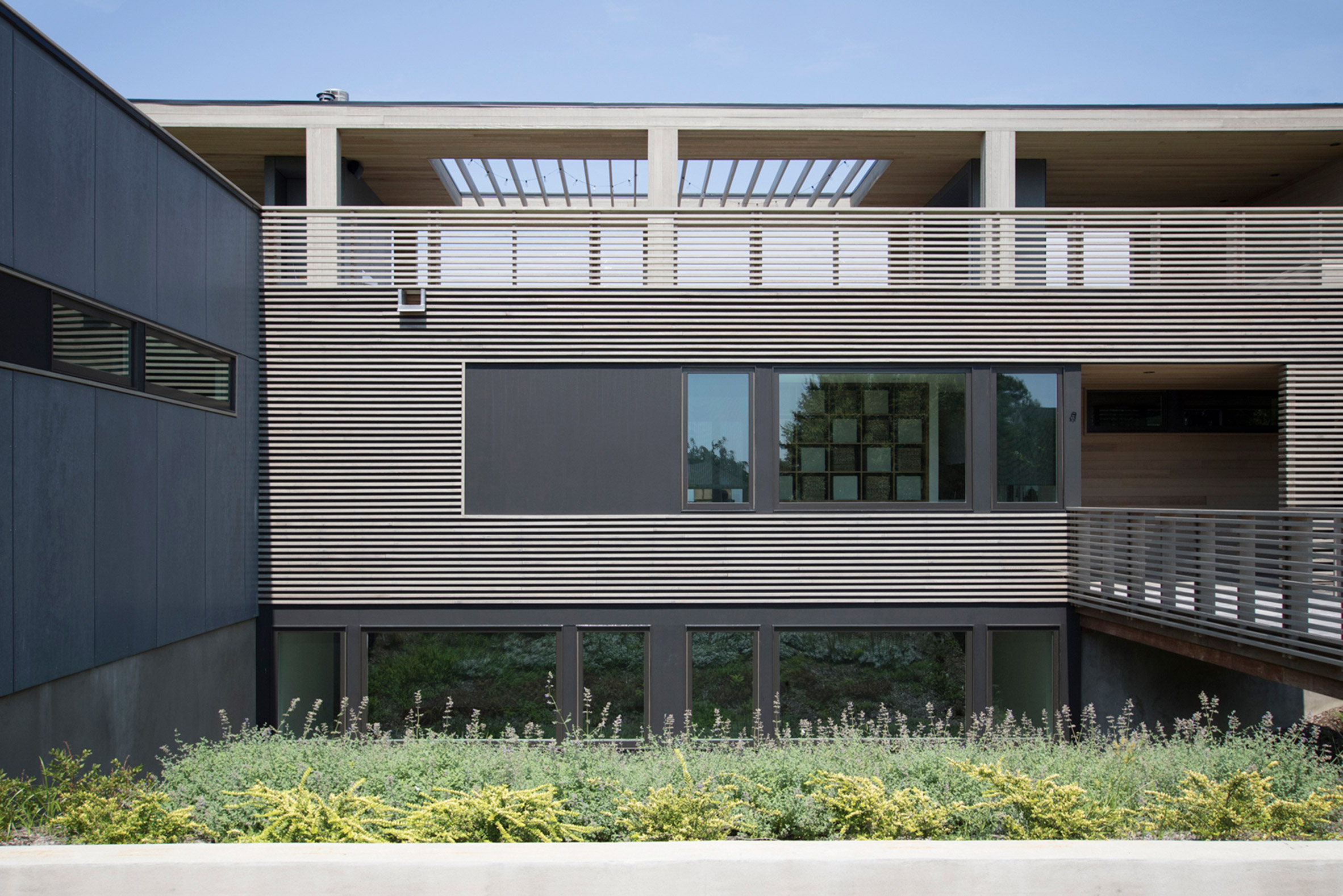 Located on the North Fork of New York’s Long Island, the private home is built from four equal-sized units that were fabricated elsewhere before being brought to the site. 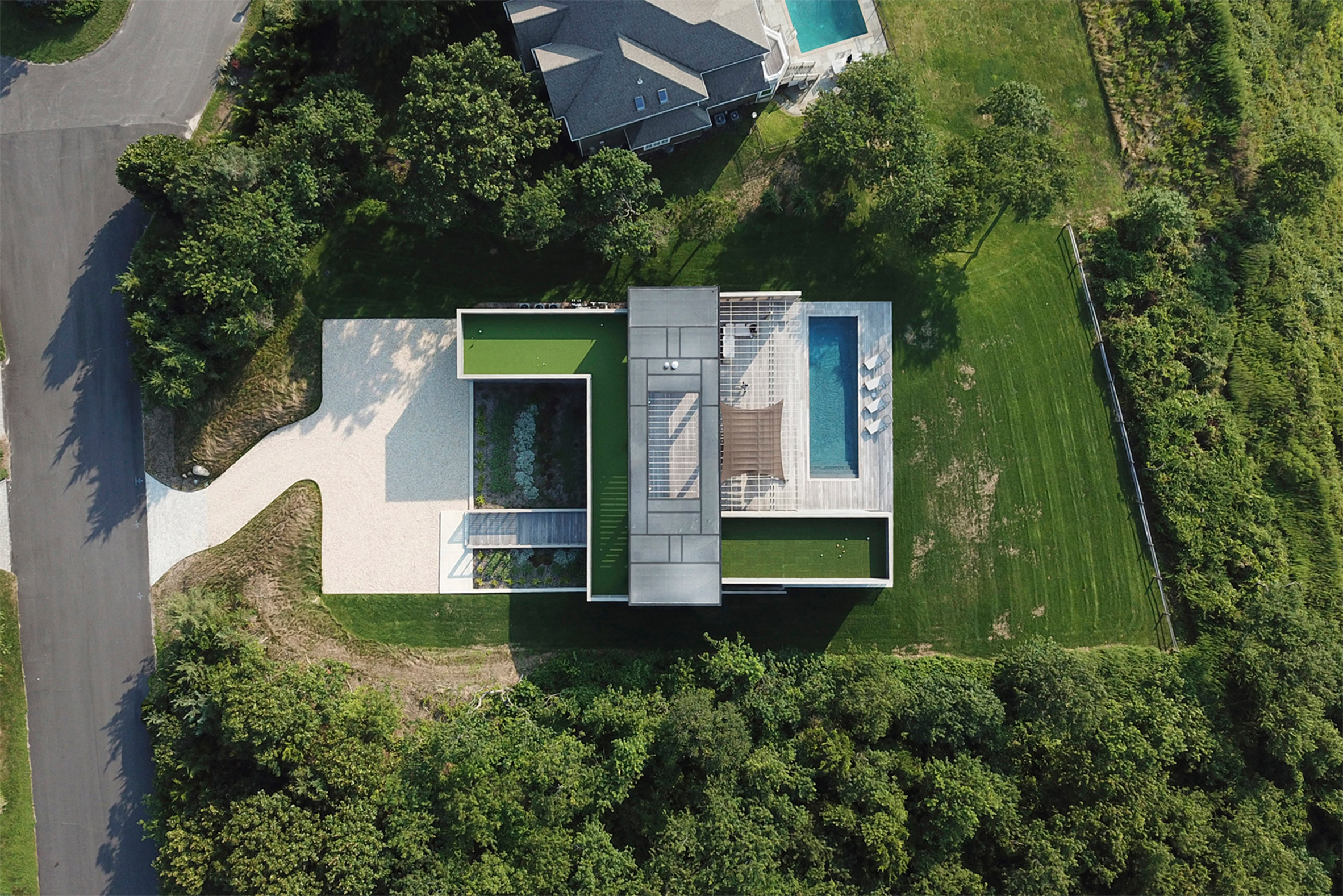 “The home is composed of four modular units that were fabricated in Scranton, Pennsylvania, then shipped and set in place at the home’s site overlooking a bluff to the Long Island Sound,” said Resolution 4 Architecture (RES4) – a Manhattan-based studio. “Minimising site disturbance to the natural bluff landscape was critical.” 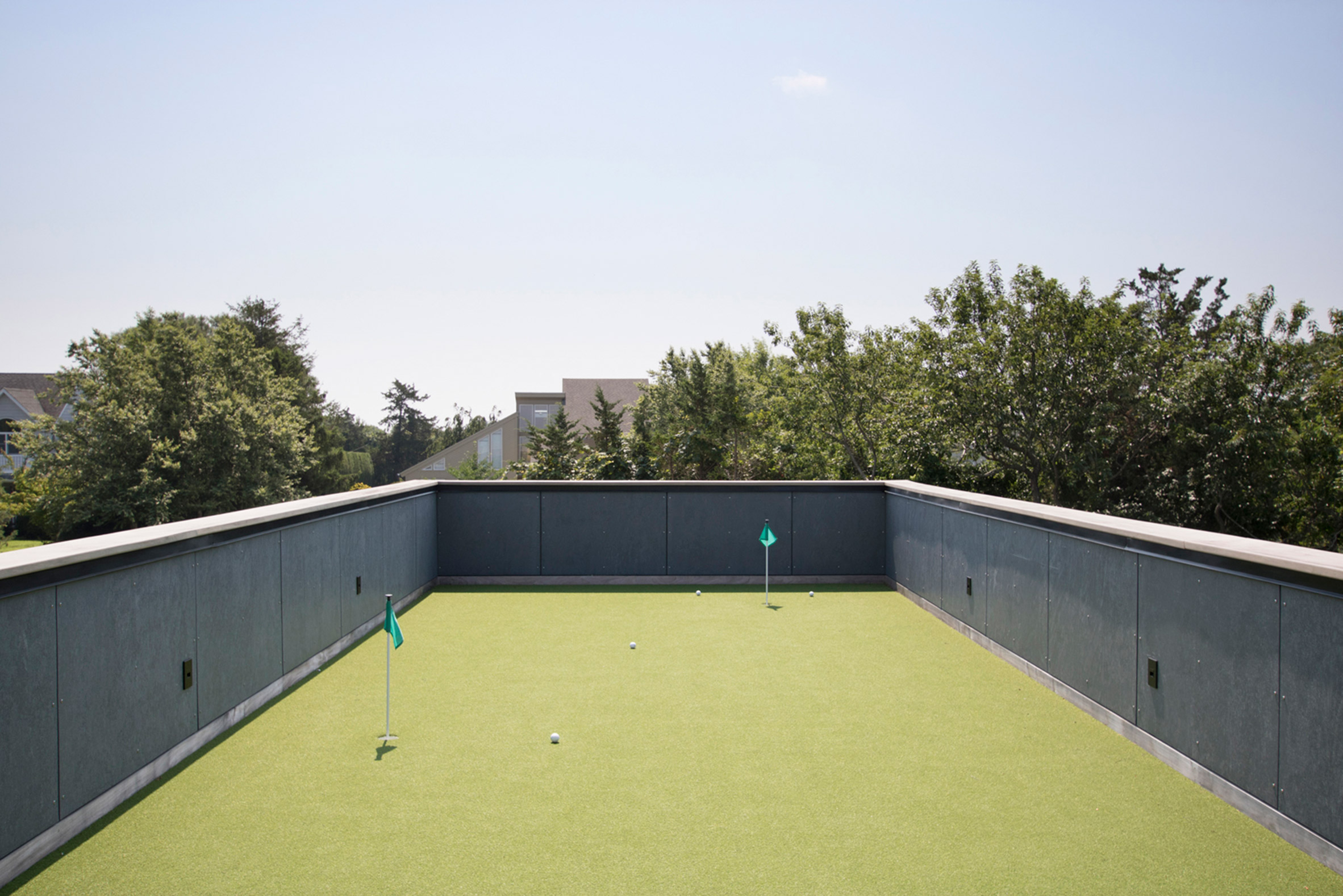 The 5,100-square-foot (473.8-square-metre) home was designed as a summer retreat for three generations of the same family.

A gravel driveway leads up to the building from the street. From here, the site slopes down, bringing natural light to the basement level, and a footbridge off to one side leads to the ground-floor entrance. 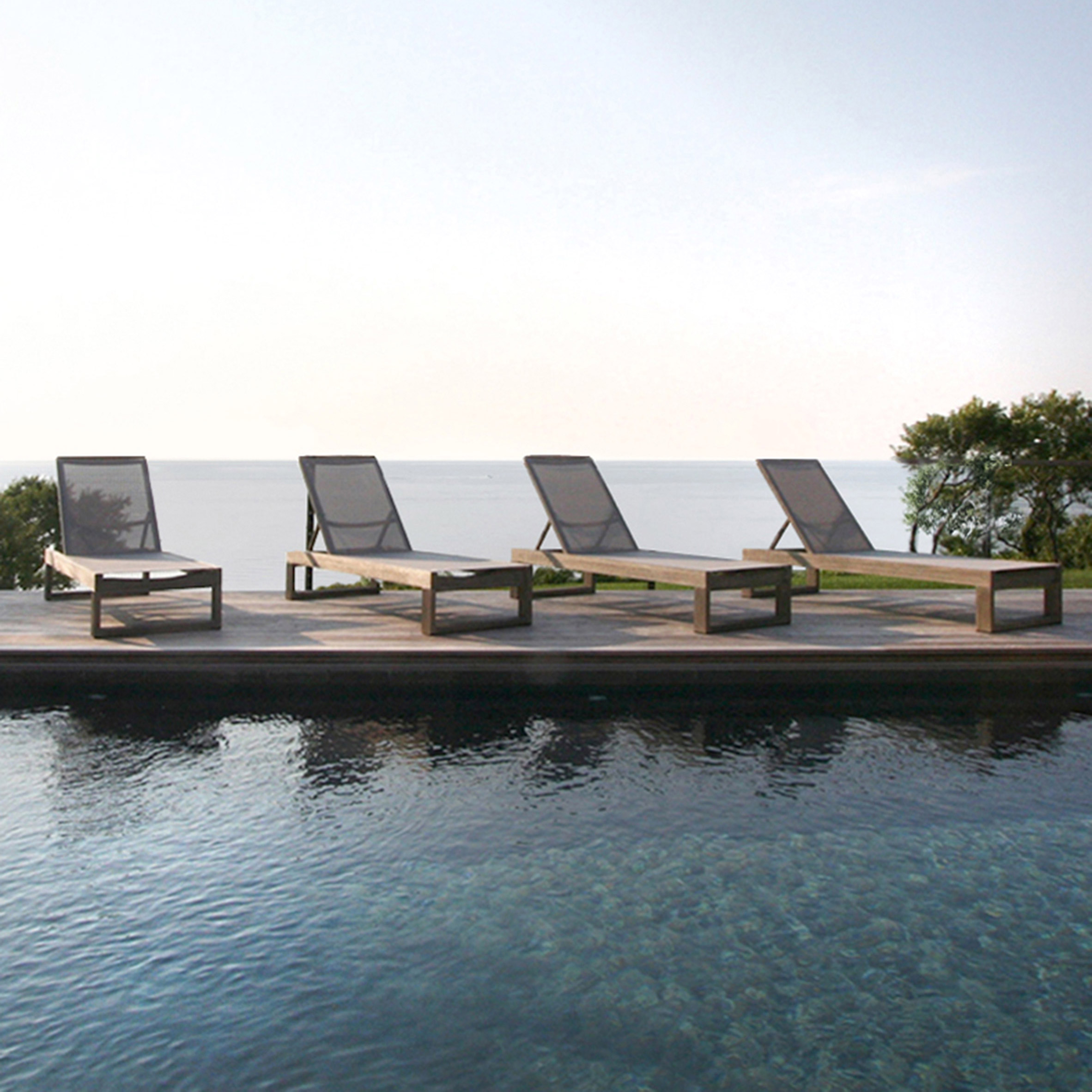 “The North Fork Bluff House has an informal relationship to the street compared to the adjacent homes in that there is not an obvious front door,” the architects said in a project description. 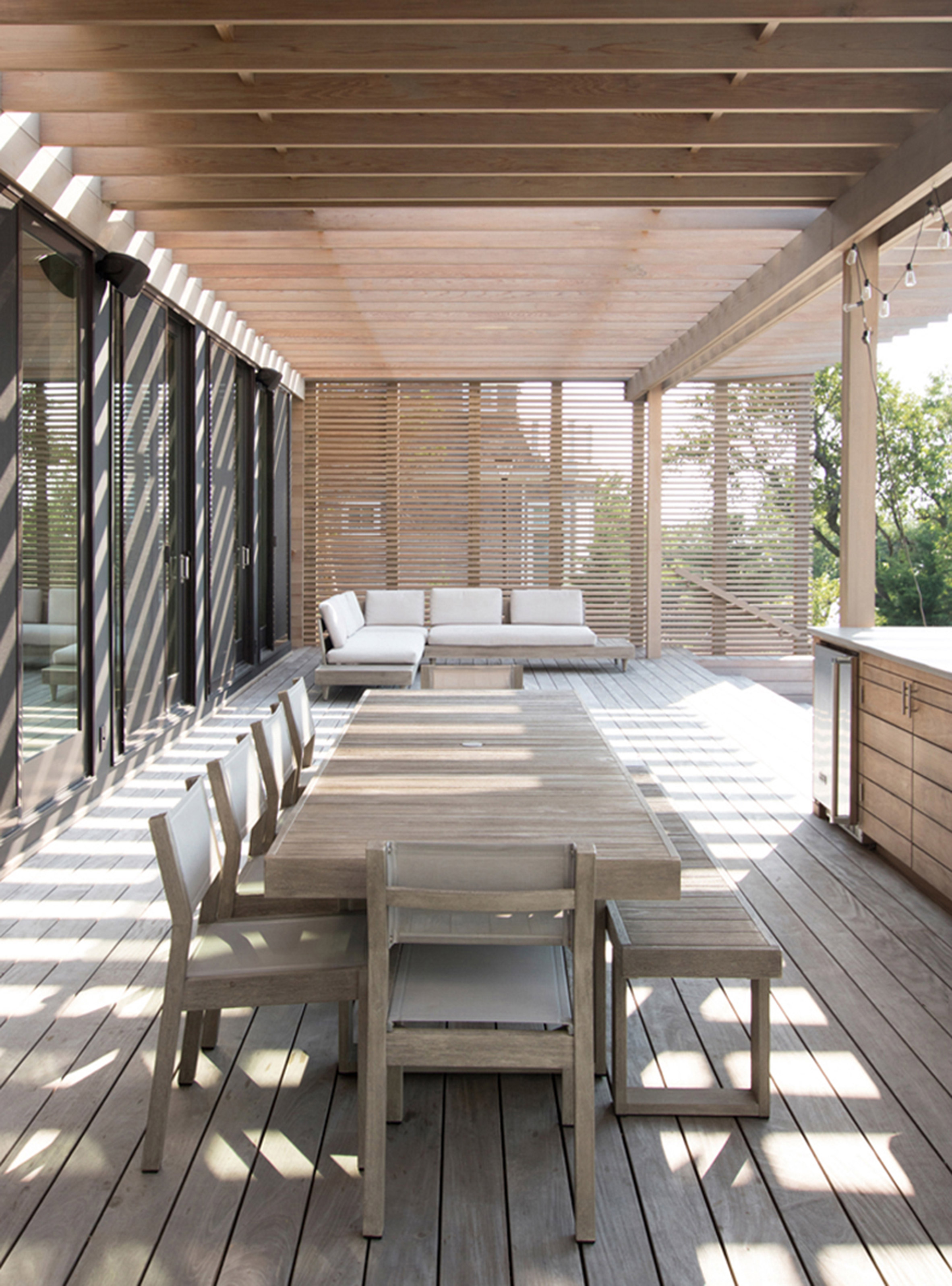 Two of the four volumes that make up the home are oriented perpendicular to the water, and each contains two bedrooms with private bathrooms. These bookend the home, allowing the social areas to occupy the centre of the building. 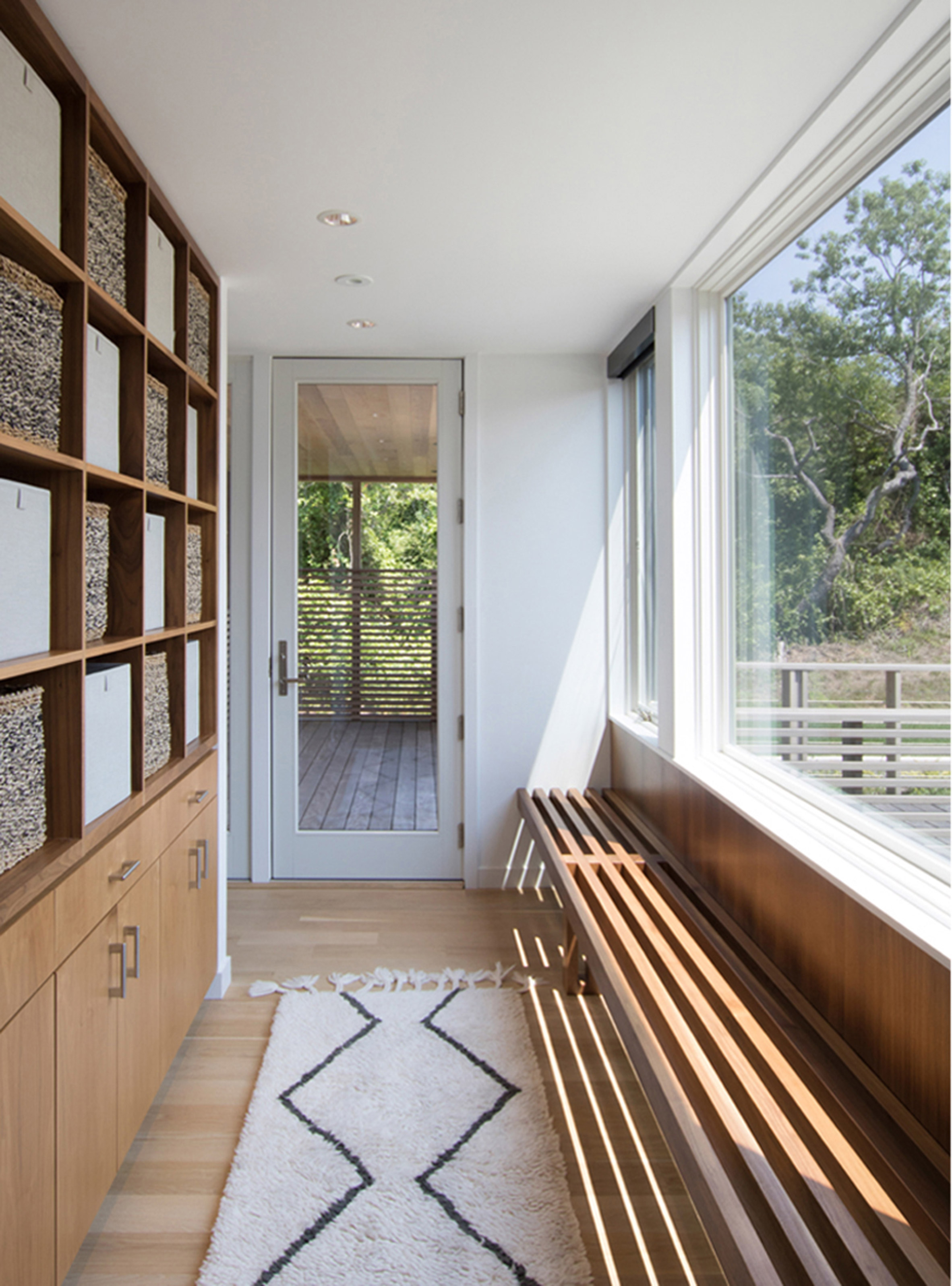 The other two modules contain an open-plan area that encompasses the kitchen, living, and dining room at the centre, with a music room and television room at either end.

“The living space opens fully on the north side via full height sliding glass doors onto a large pool deck,” said the architects. 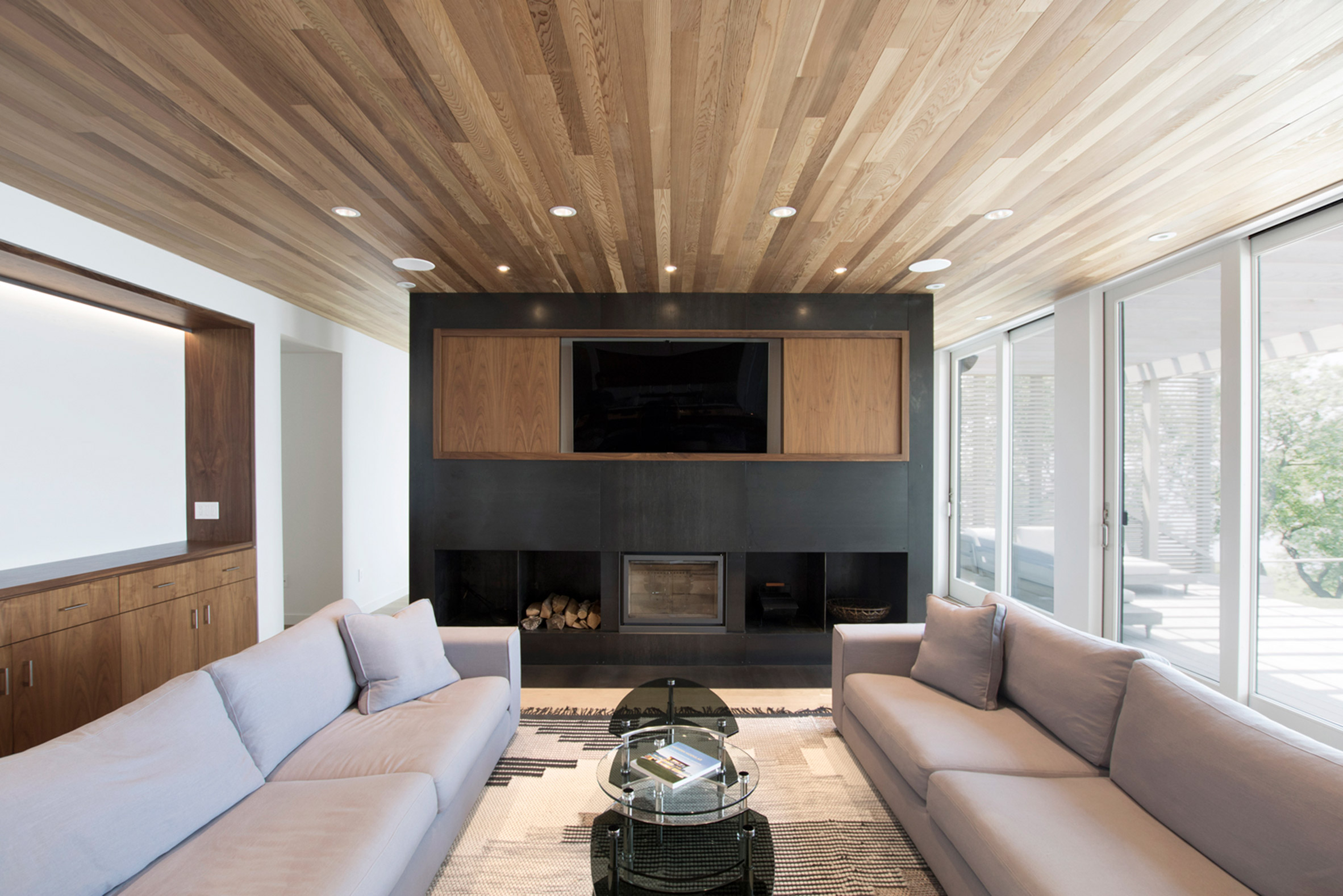 In the back, a wooden deck surrounds the pool, and a trellis overhead provides some shade for an outdoor dining table and barbecue area.

A rooftop terrace above the central volume maximises the client’s usable outdoor space. This covered area features a fireplace, and provides better views of the Long Island Sound. 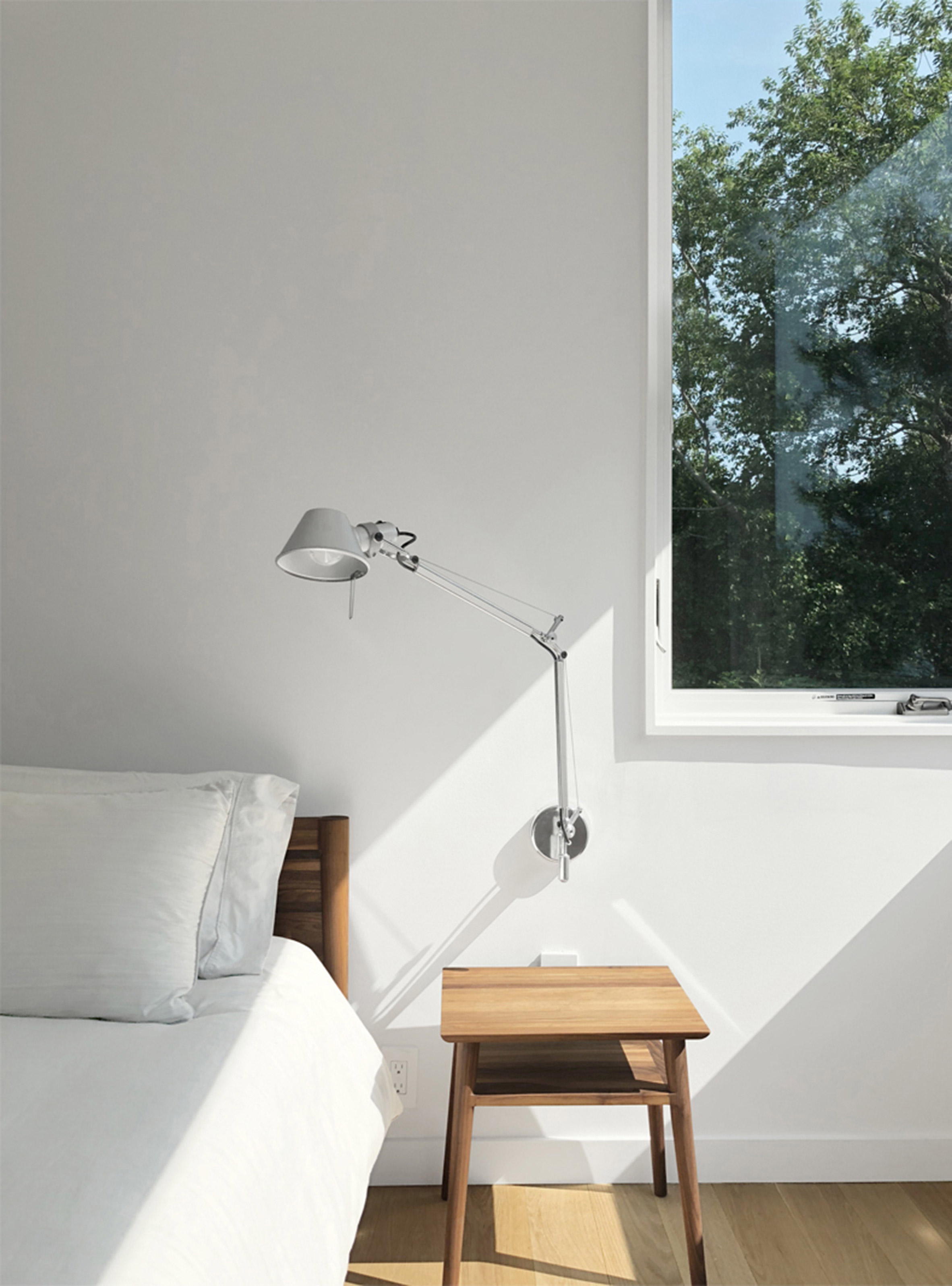 Atop the annex volumes, RES4 also included a minigolf course and a bocce court for the grandfather.

The modules were brought to site after the basement was built using traditional poured-concrete construction. This level contains two bunk rooms for children, and an expansive play area in between them. 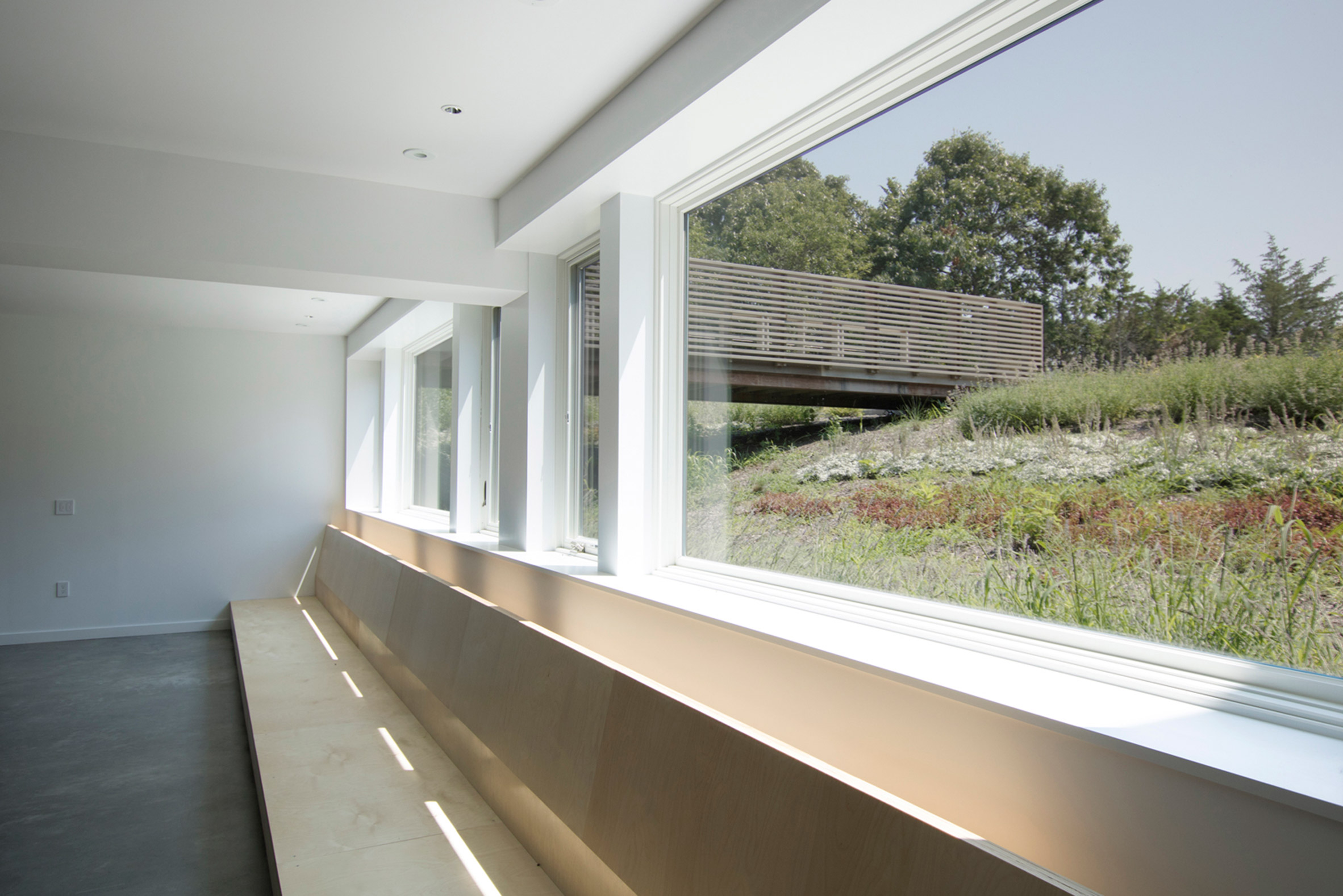 Black and grey cement-board panels clad the residence. These contrast wooden screens that cover parts of the home, and match exterior elements such as the pergolas over the rooftop terrace and back deck. 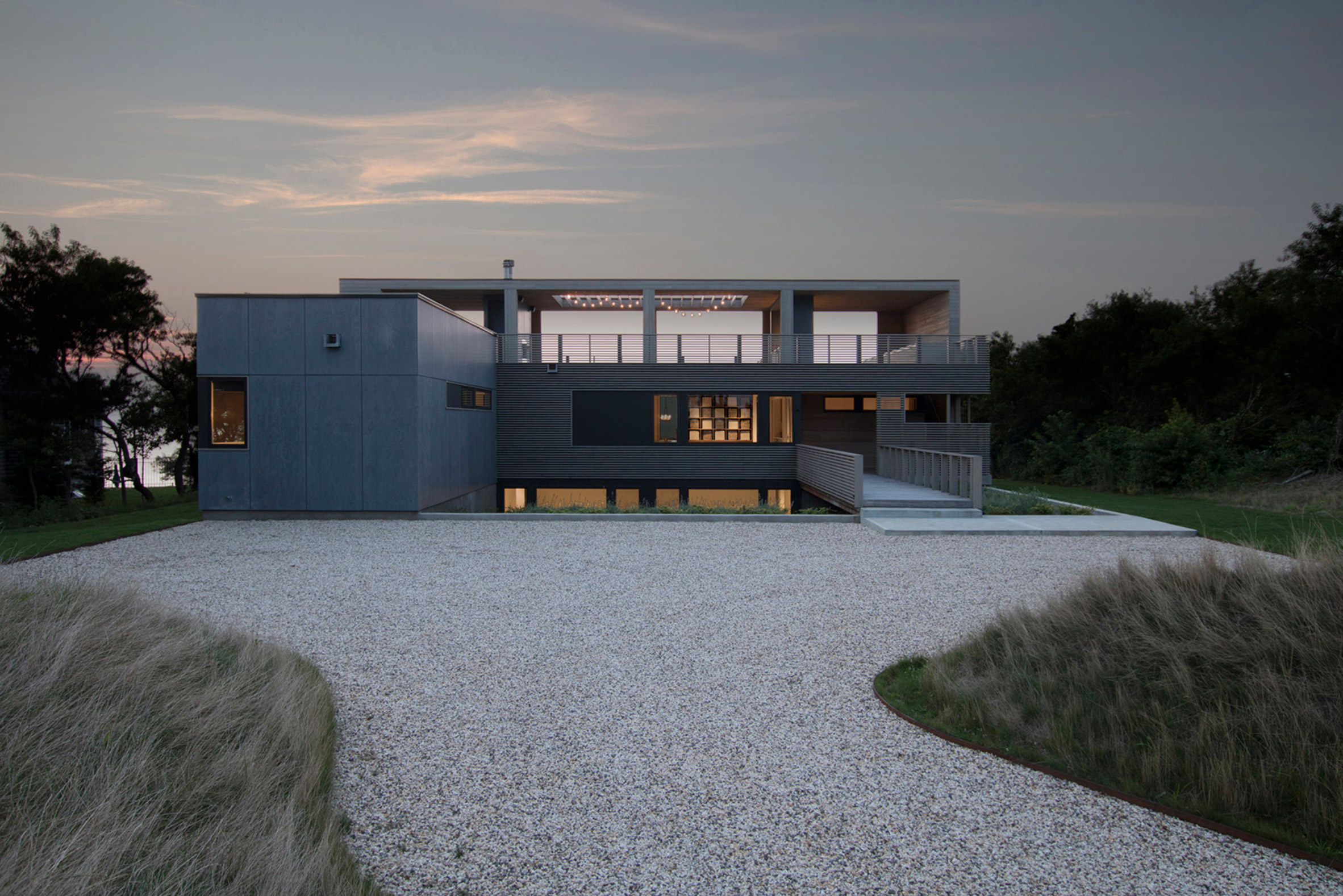 Long Island is known for its summer getaways, and is a popular destination for New Yorkers seeking to unwind. Other projects also on the North Fork include a cedar-clad home with an infinity pool that seems to recede into the landscape and a residence topped with a grass-covered roof.

Photography is by Resolution 4 Architecture.