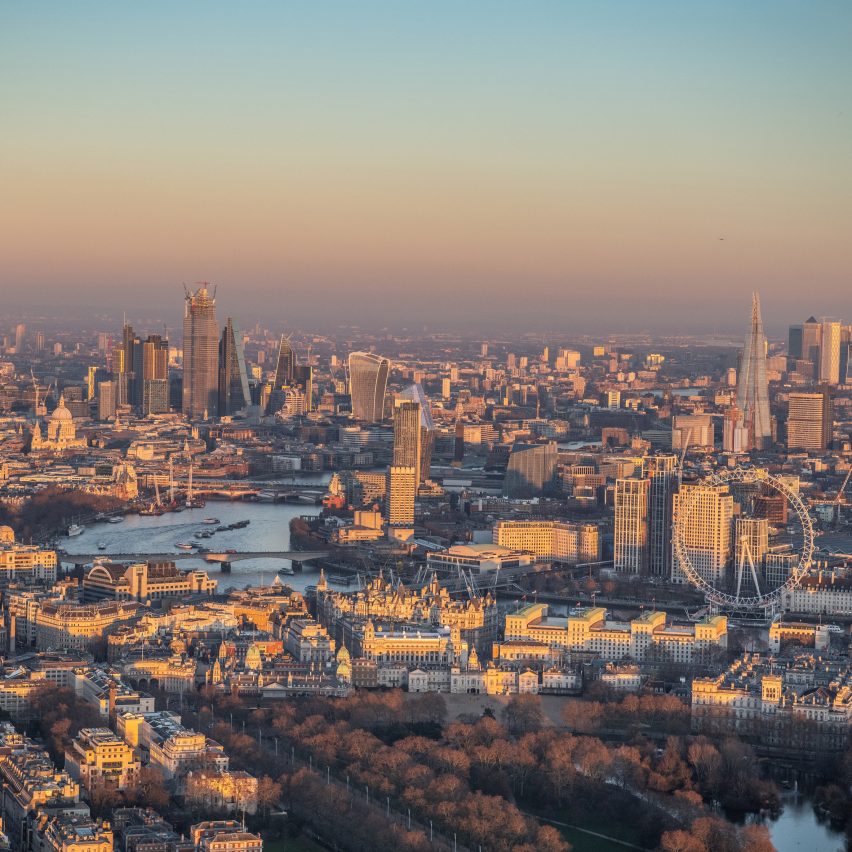 The number of new tall buildings planned for London has gone up to 541 thanks to a surge in planning approvals, according to research from New London Architecture.

The annual survey, released this week, recorded a six per cent rise in the number of buildings over 20 storeys planned for the city since last year.

The rate of approvals is up 14 per cent in 2018, despite the number planning applications for tall buildings dropping by four per cent. Only eight tall buildings were refused permission at the planning committee stage, the report reveals.

“In spite of the current political uncertainty the pipeline remains steady.”

The research reveals that only 25 tall buildings completed in 2018 – just half of the number that were scheduled to. NLA puts this down to skills shortages or problems with financial viability. Over-optimistic timelines were also to blame.

However this is still an increase on the 18 that completed in 201. Due to these pushbacks, up to 76 new tall buildings could complete in 2019, adding to the 360 tall buildings already standing in the city.

The data shows that focus has shifted to the outer rings of London’s 33 boroughs. The majority of tall buildings are still planned for inner-city boroughs, but areas such as Barking and Dagenham, Brent and Ealing have seen a marked increase in the number of tall buildings planned.

One challenge raised by tall buildings is the crisis of affordable housing in London.

Residential accounts for 90 per cent of the tall buildings planned for London. NLA estimates they will deliver 110,000 new homes – nearly twice the mayor’s annual target of 60,000.

But there is currently no data on how much of that will be affordable, or even owner-occupied and not part of the build-to-rent sector.

“I think the big thing missing and the biggest challenge for residential is provisional affordable housing,” said Kohn Pederson Fox‘s design lead John Bushell. “Perhaps we need to start to monitor whether these tall buildings can reasonably provide it.”

Tall buildings have come under particular scrutiny in major cities where the race for height isn’t delivering the kinds of homes that people, particularly those with families, want to live in.

Towers full of high-end, single occupancy apartments being sold off plan to investors fail to meet the needs of most residents.

“There’s a big backlash in New York over the pencil towers and the perception that they’re all privatising the skyline,” said Bushell. “The discussion there is very much now about public benefits.”

London has Section 106, which requires developers to strike a deal with local planning authorities about the contribution, such as affordable housing, offered by their buildings. In New York, developers get a 35-year property tax break if they set aside between 25 and 30 per cent of the units they build for low to moderate-income tenants.

But trying to offset cheaper units with higher priced ones can skew the market.

“In trying to achieve the affordable numbers, you’re increasing the value of everything else to pay for this. In fact there’s a huge gap in the middle, it used to be called key worker housing but it’s now almost everyone,” said Bushell.

“There’s a fundamental issue about the provision of affordable and the economics of tall buildings and how that can be done successfully.”

Numbers could pose problems for the environment

These constantly rising numbers raises questions about the sustainability of so many tall buildings in the UK capital.

Tall buildings are generally less sustainable than lower rise structures, with their higher level of energy consumption and their larger carbon footprints. This issue is compounded by their long life.

“These numbers [in London] don’t register on the world scale in terms of pure height, but pure height is not the most important thing,” said Steve Watts, chairman of the Council on Tall Buildings and Urban Habitat.

“There are almost 1,500 building around the world at 200 metres high or more, but nothing that high has ever been demolished.”

The tallest tower ever to be voluntarily demolished was New York’s  Singer Building, which was 187 metres high, or 41 storeys.

“Whilst most of these buildings are not going to be that high, it still means that the London skyline is going to be changing irrevocably,” said Watts.  “They are more difficult to demolish particularly when they’re clustered together.”

Many of London’s tallest buildings are built in a very small area known as the Eastern Cluster, in the city’s financial district.

Watts warned that if carbon footprints and making efficient use of existing infrastructure weren’t taken into consideration early on, the impact on the environment could be compounded further down the line.

Main photo is by Jason Hawkes.