Spanish practice SelgasCano has extended the roof of the Second Home offices in east London, creating five studios with winding desks, and a terrace with a serpentine border of aquatic planting. 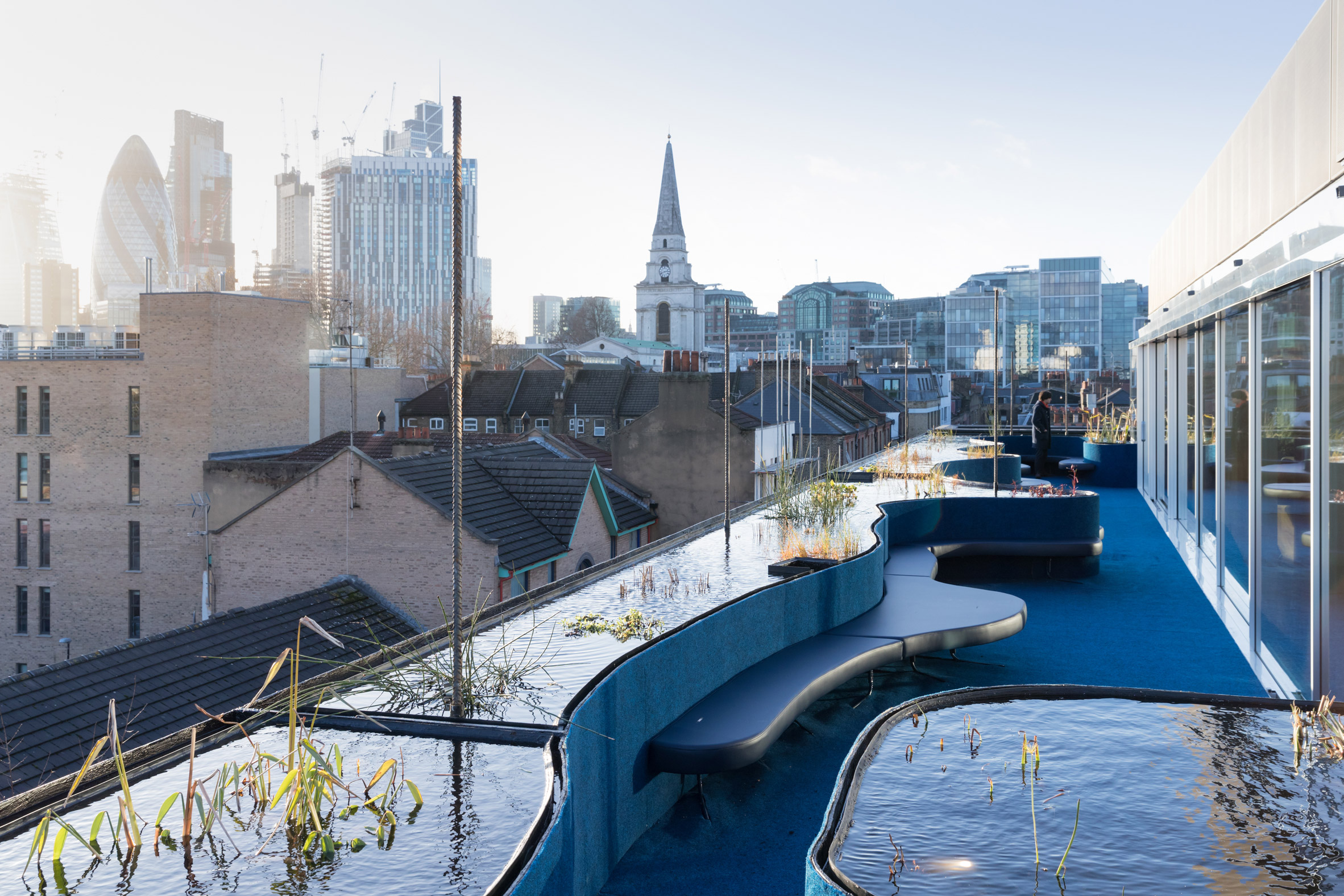 Madrid-based SelgasCano – run by José Selgas and Lucia Cano – was invited back to extend the offices it designed for the workspace provider Second Home inside a former carpet factory in Shoreditch in 2014.

The extension houses an additional five private offices – three of which have already been taken over by a company of 150, which outgrew its space in the building below. 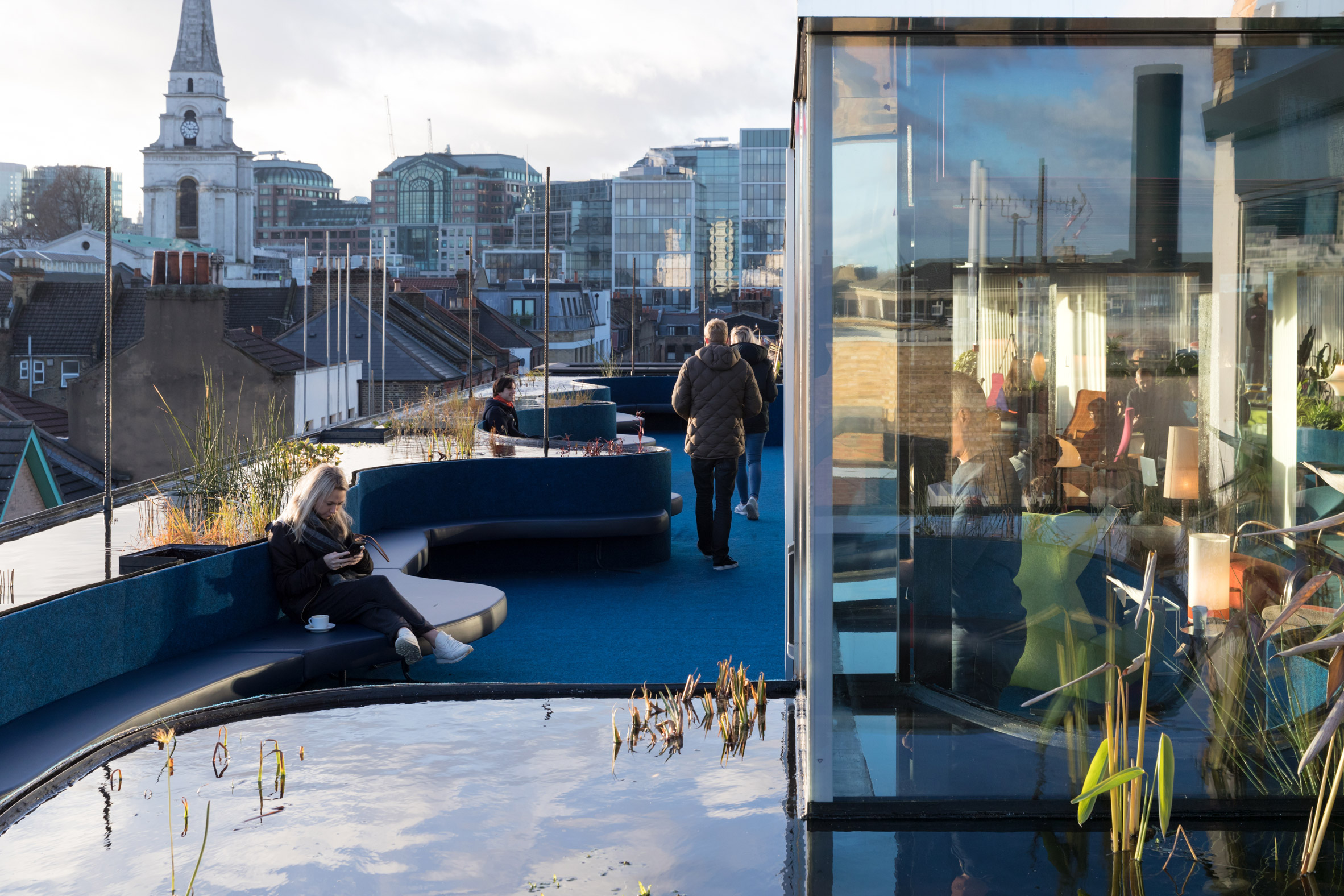 Each of the five offices has its own private outdoor terrace with views over east London. The terraces feature wavy seating areas, and pools of water filled with aquatic planting.

The theme continues indoors, wheres office spaces feature integrated seating alongside winding banks of planting. The ceilings are covered in sinuous fins that echo the lines of the layout below.

The ceiling of the larger studio spaces are covered in 10,000 brightly coloured felt hats, which asides from their decorative effect, also act as sound baffles. 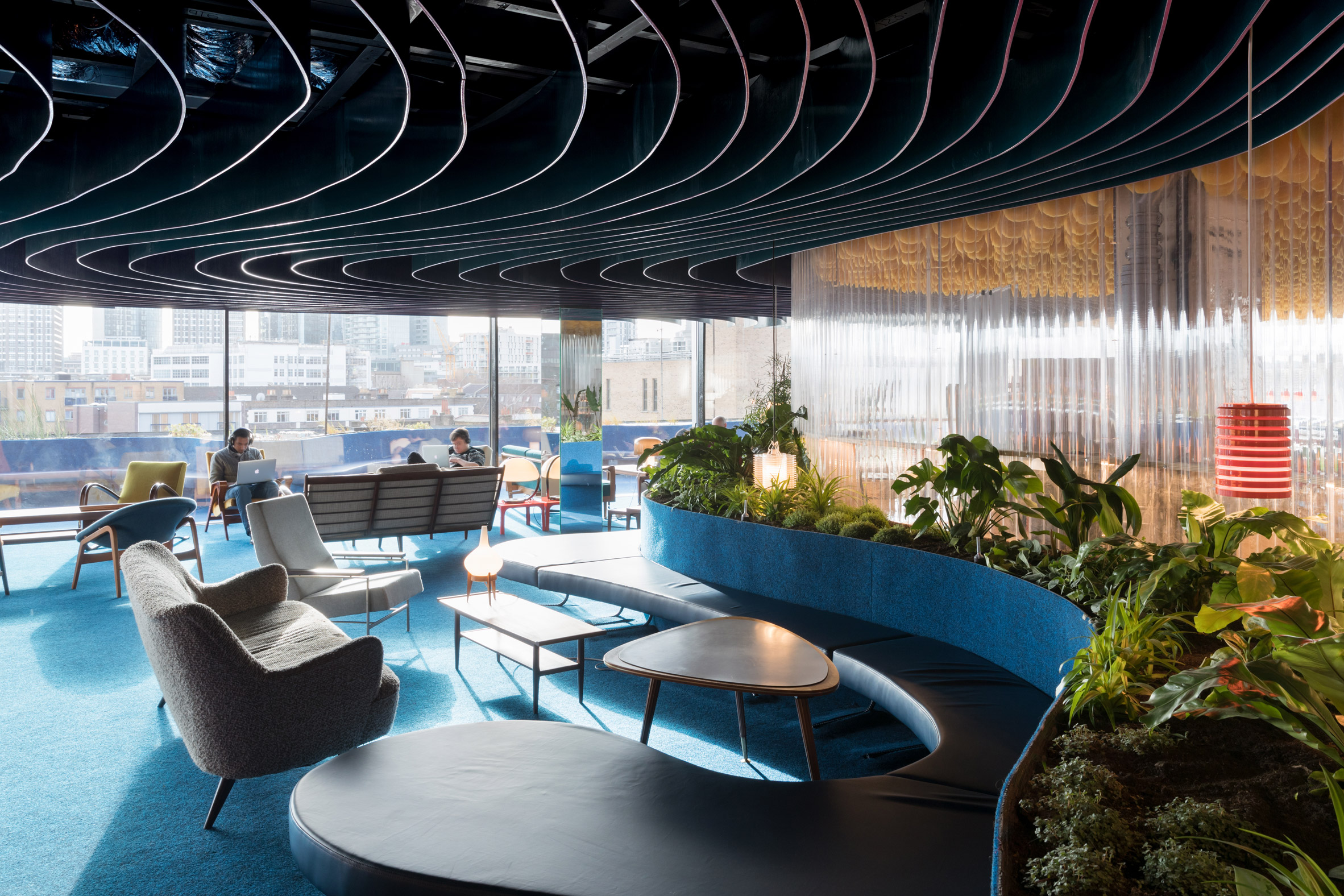 The space has been so successful that the duo have already opened a second workspace in Lisbon. Another is also due to open in London’s Holland Park in January 2018, following Silva’s comments that west London is in need of cultural investment, and a fourth is planned for Hackney.

The offices are currently home to over 200 creative companies, including Kickstarter and Ernst & Young. 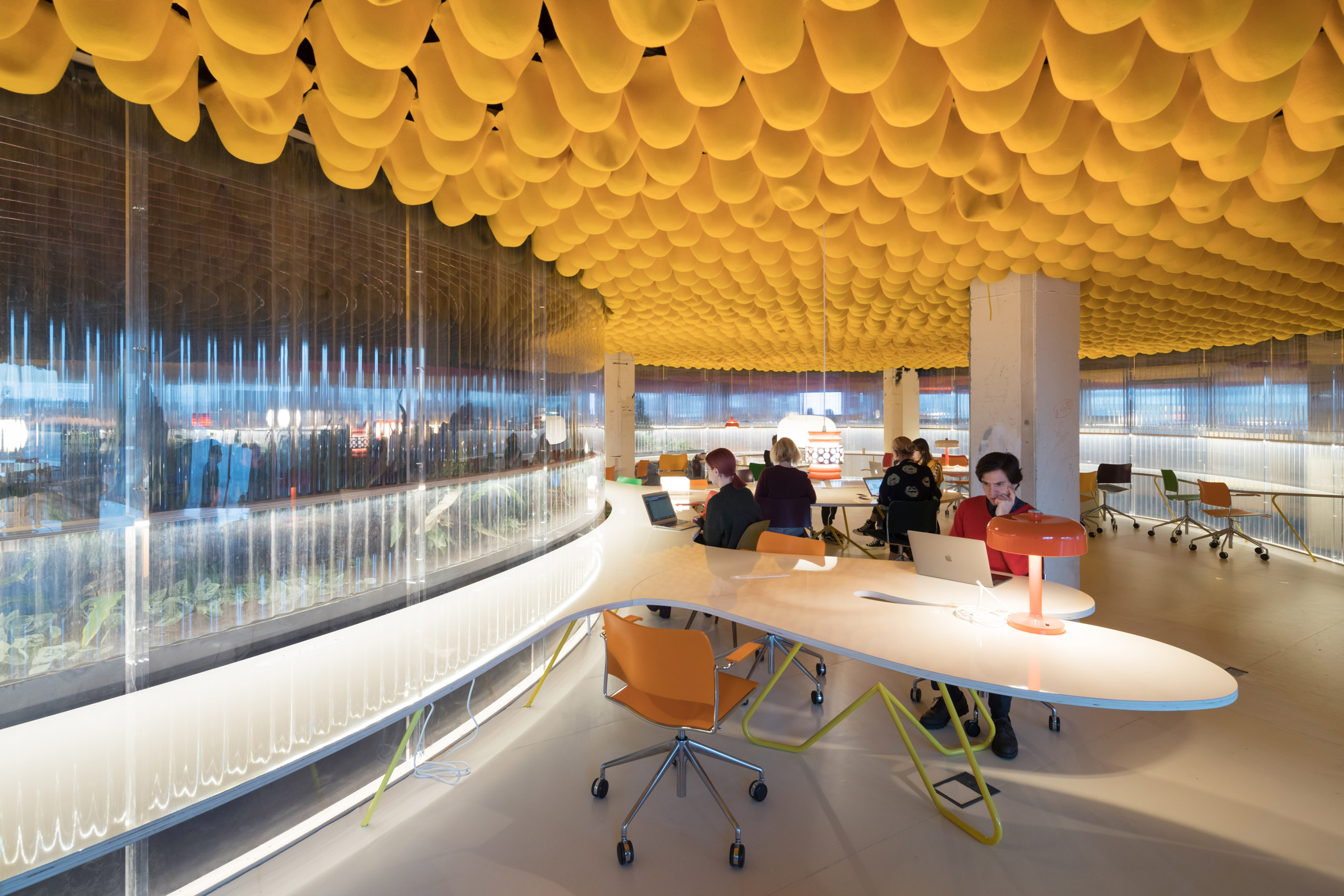 “Companies based at Second Home grow 10 times faster than the national average, which is why we’ve opened this beautiful rooftop space so we can support them from startup all the way through to being a major business with 150 employees,” claimed Silva.

“By harnessing aspects of nature – like the ponds and 800 plants – SelgasCano have created a place where teams can be happier, more creative and more productive, which is what Second Home is all about,” he added. 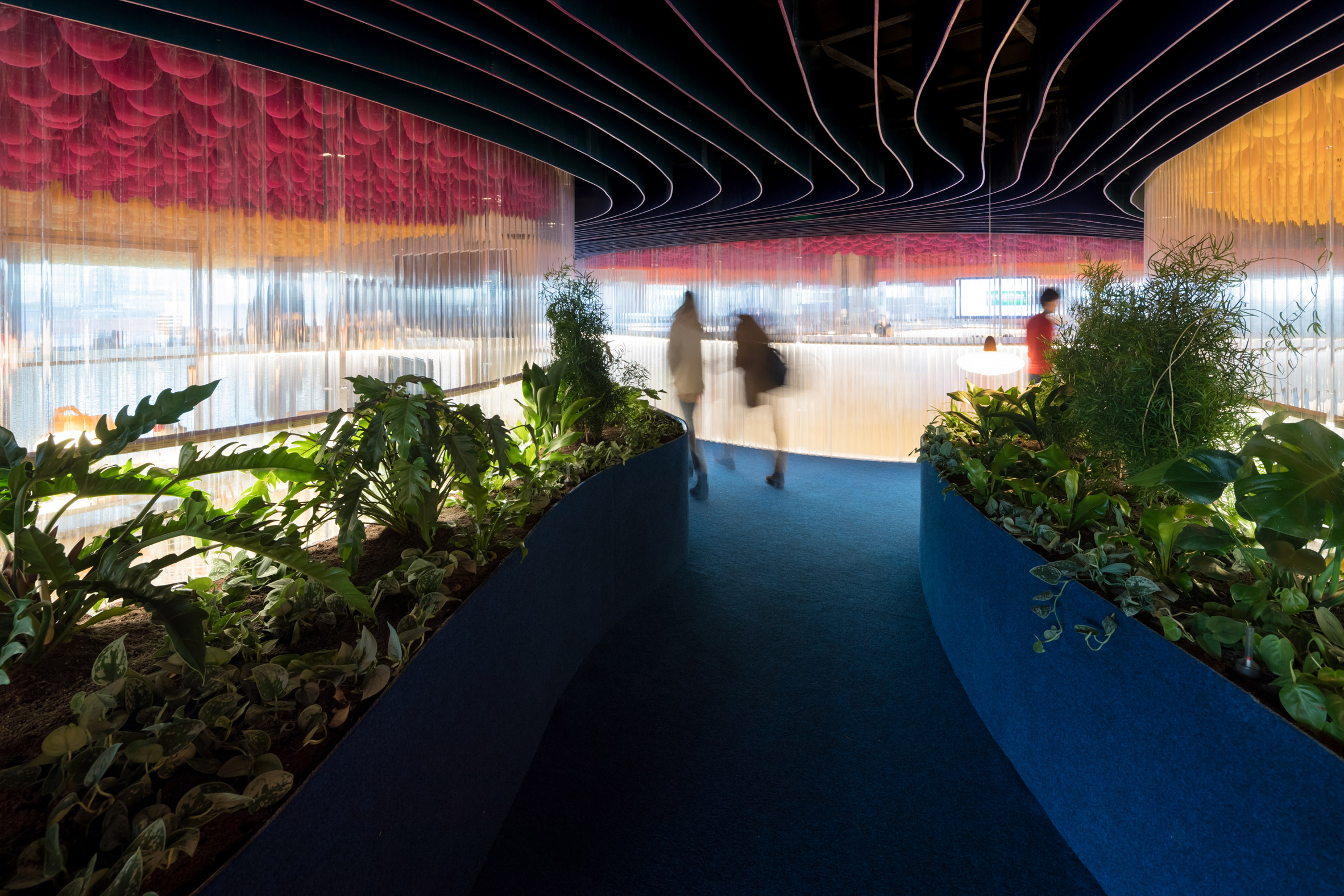 In addition to the private spaces, there is also a shared terrace and a cultural venue with a capacity of 150.

The 1,394 square metre space is  furnished with mid-century chairs and lamps, as well as the SelgasCano-designed furniture. 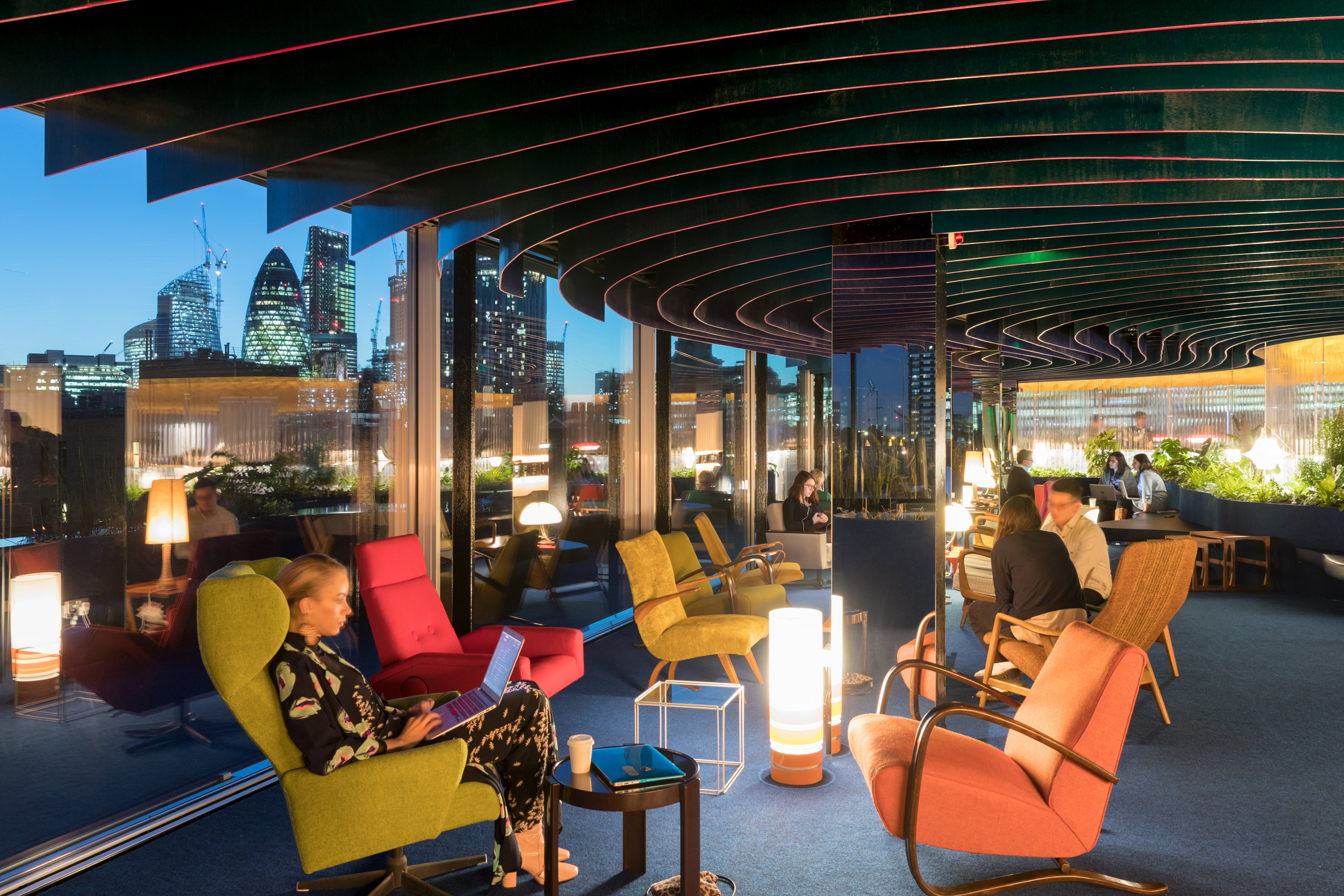 “What’s so brilliant about SelgasCano’s designs is that everything has a purpose – like the way the felt hats increase the surface area of the ceiling and create a tranquil working environment for larger teams,” added Aldenton.

The post SelgasCano adds roof extension with pools and plants to Second Home offices in London appeared first on Dezeen.