Architecture firm Snøhetta has used microscopic studies of Copenhagen‘s foods and beer to develop the colour and material palette of this restaurant, which has taken over the space previously occupied by famed eatery Noma in the Danish capital. 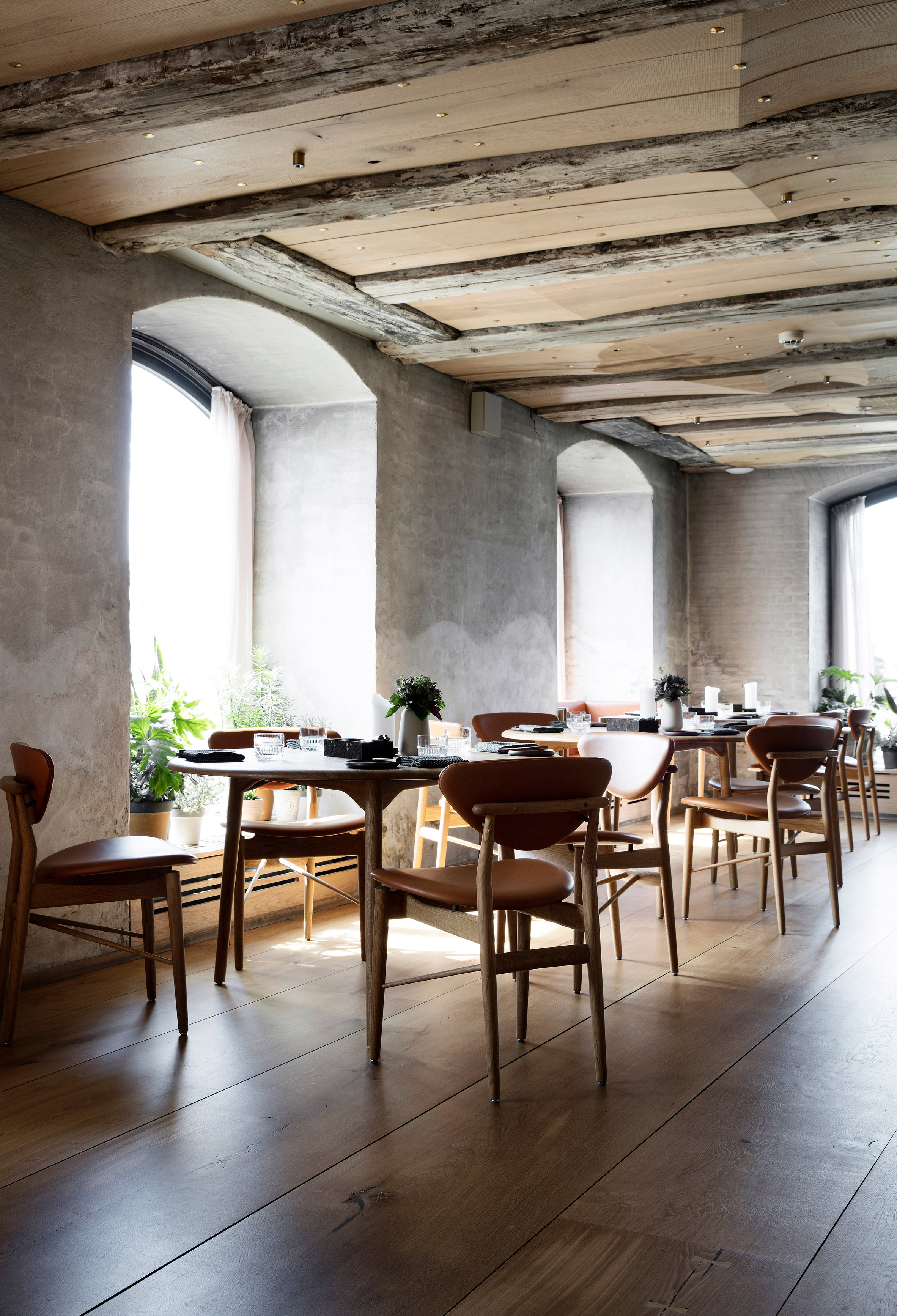 The restaurant called Barr, which means barley in old Norse, is located in North Atlantic House – a cultural centre that occupies part of a listed maritime warehouse in Copenhagen. 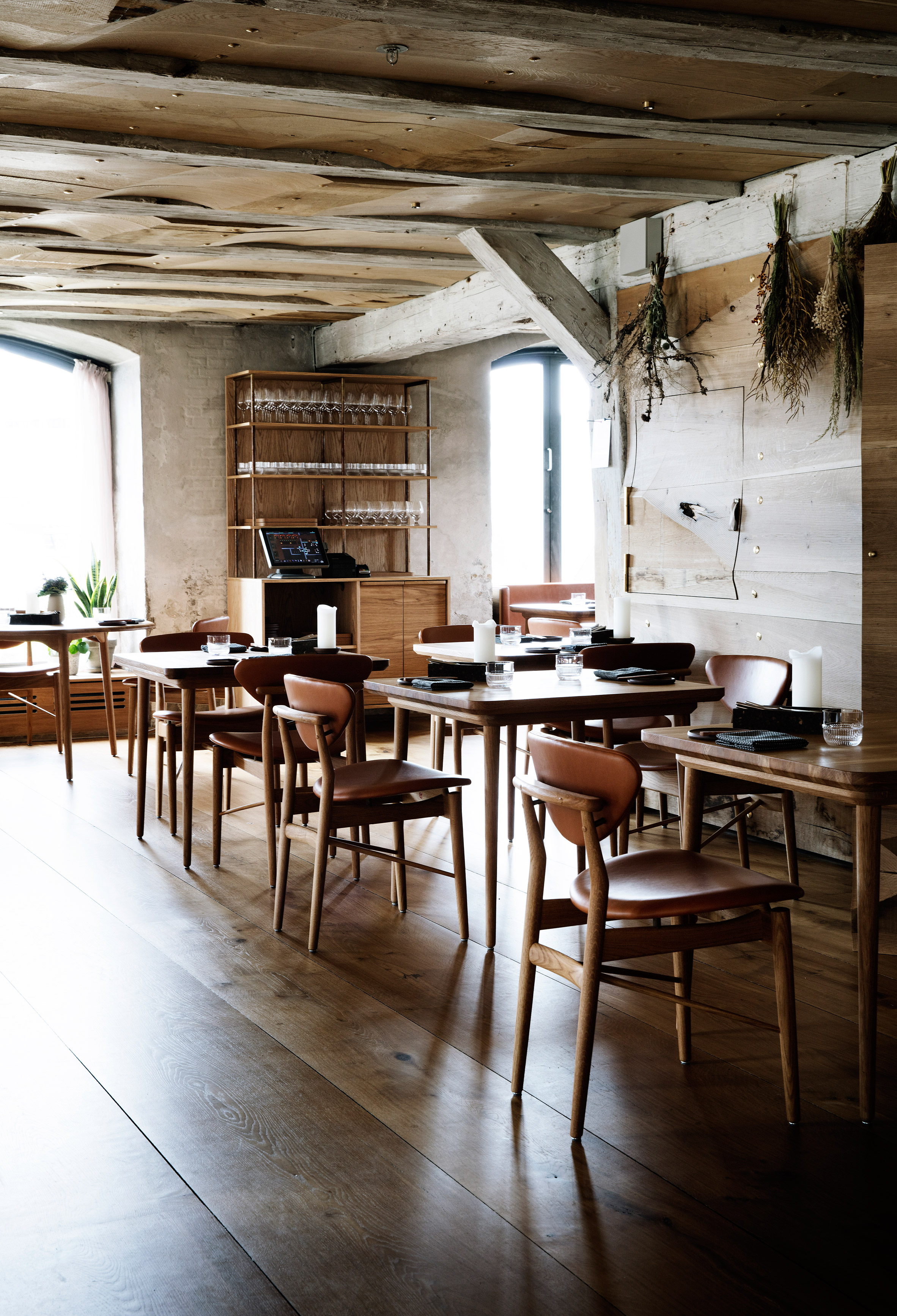 The space was previously home to the world-famous restaurant Noma, which was also founded by Redzepi and is moving to a new location. 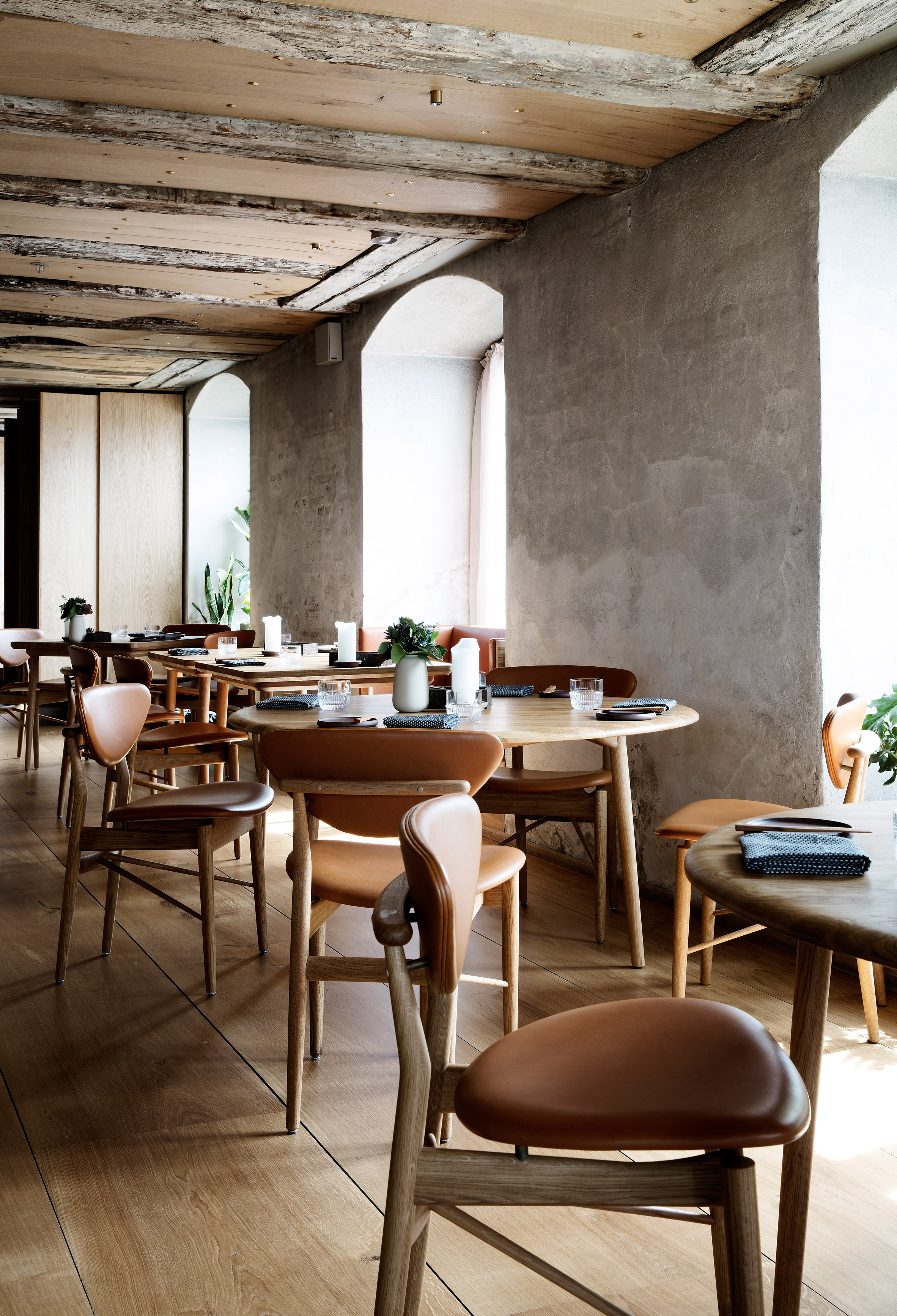 The new restaurant will serve traditional Nordic cuisine and foods found in the North Sea area, including Scandinavia, Germany, Benelux and British Isles, as well as a large selection of craft beers and aquavits. The hues and textures of the offering formed the basis for the architect’s palette. 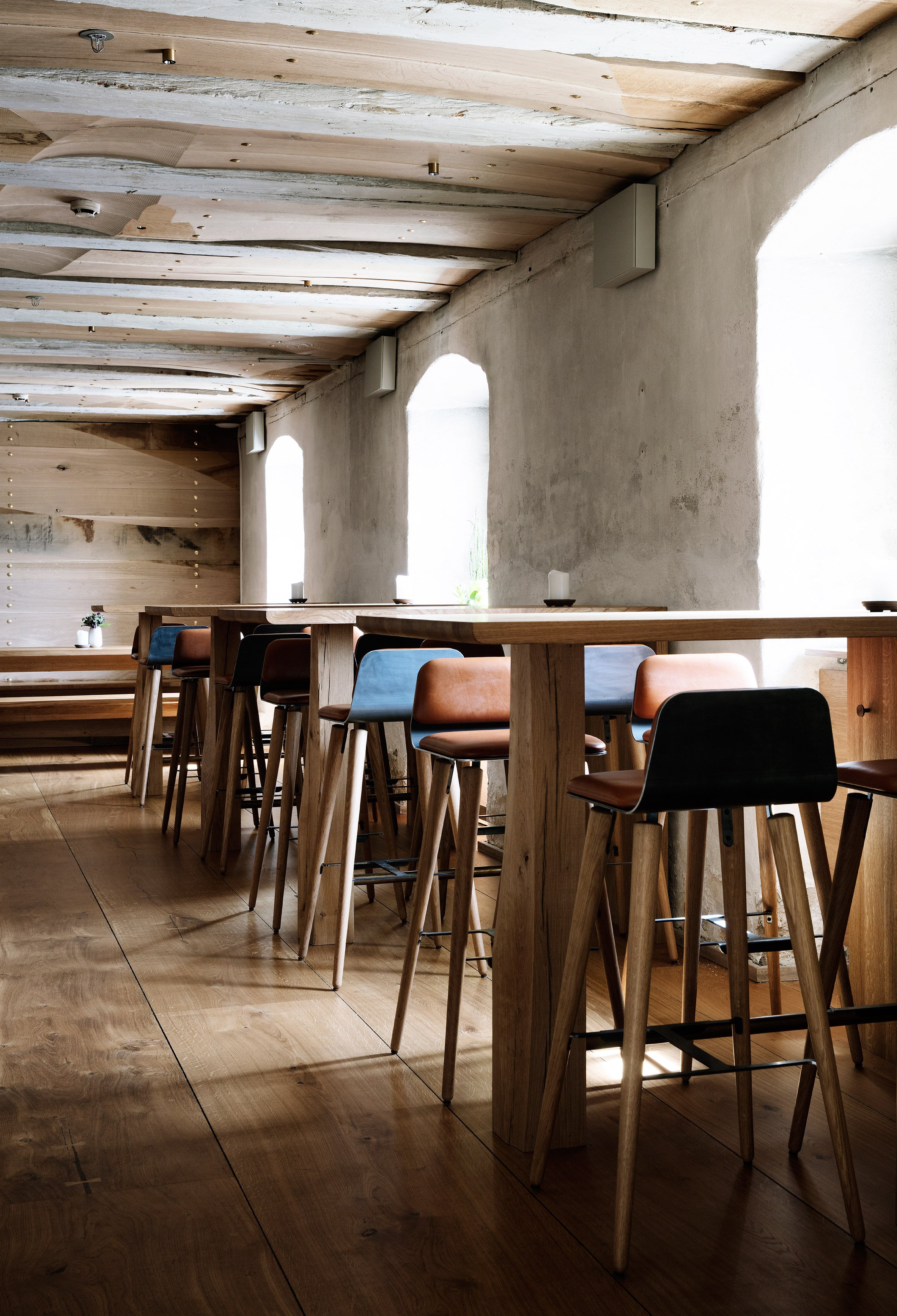 “The concept of ‘gestalt’, meaning an organised whole that transcends the smaller constituent parts from which it is built, informed the overall concept of the design,” said the team.

“[We] looked to microscopic studies of foods and beer from the region, which influenced everything from the colour palette to the furniture.” 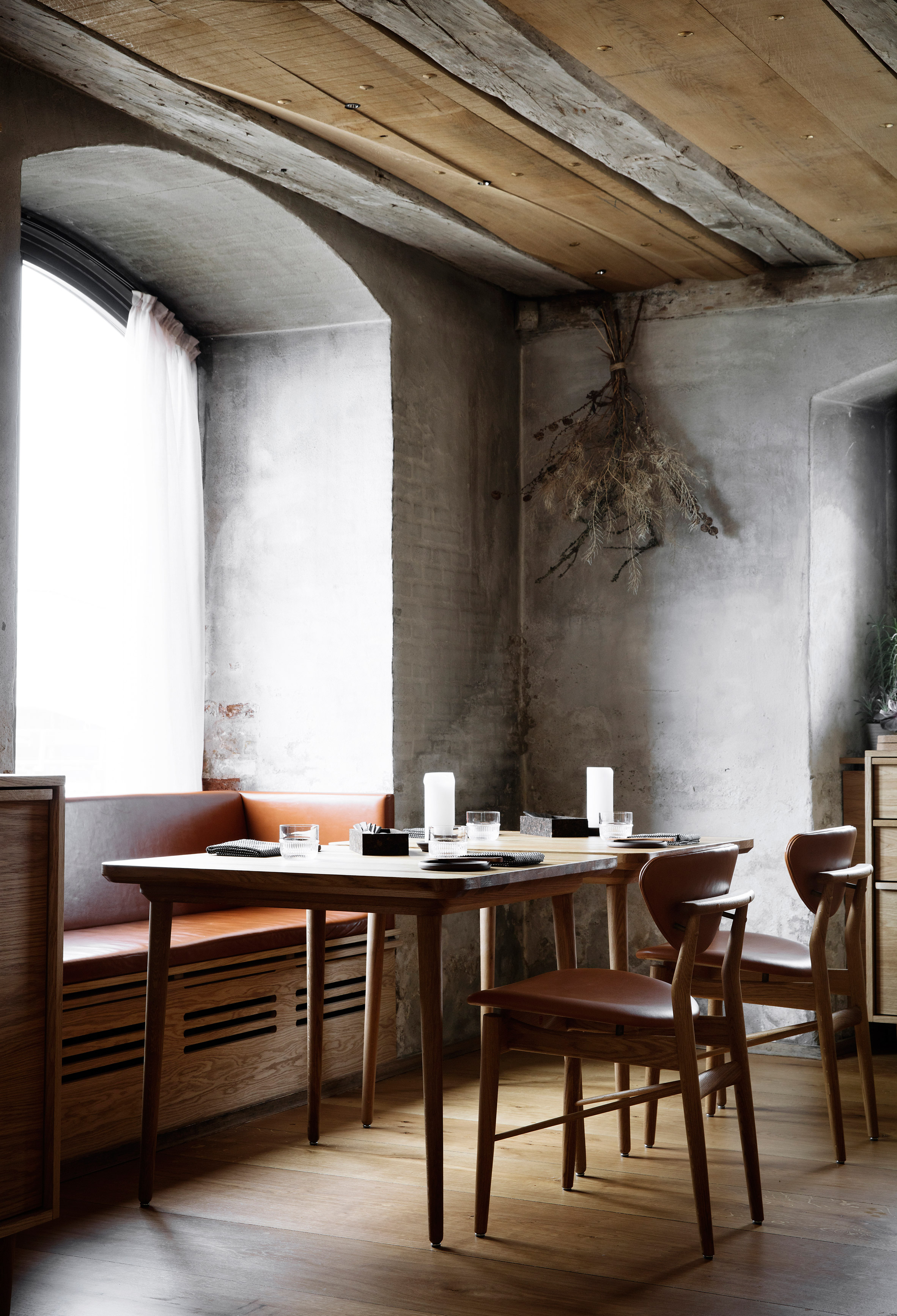 A detailed study of barley – one of the three main ingredients used to make beer – informed the shape of the wooden panels, which line the walls and slot between existing ceiling beams.

The panels are sculpted to create an undulating relief and fitted with brass details that reflect light. 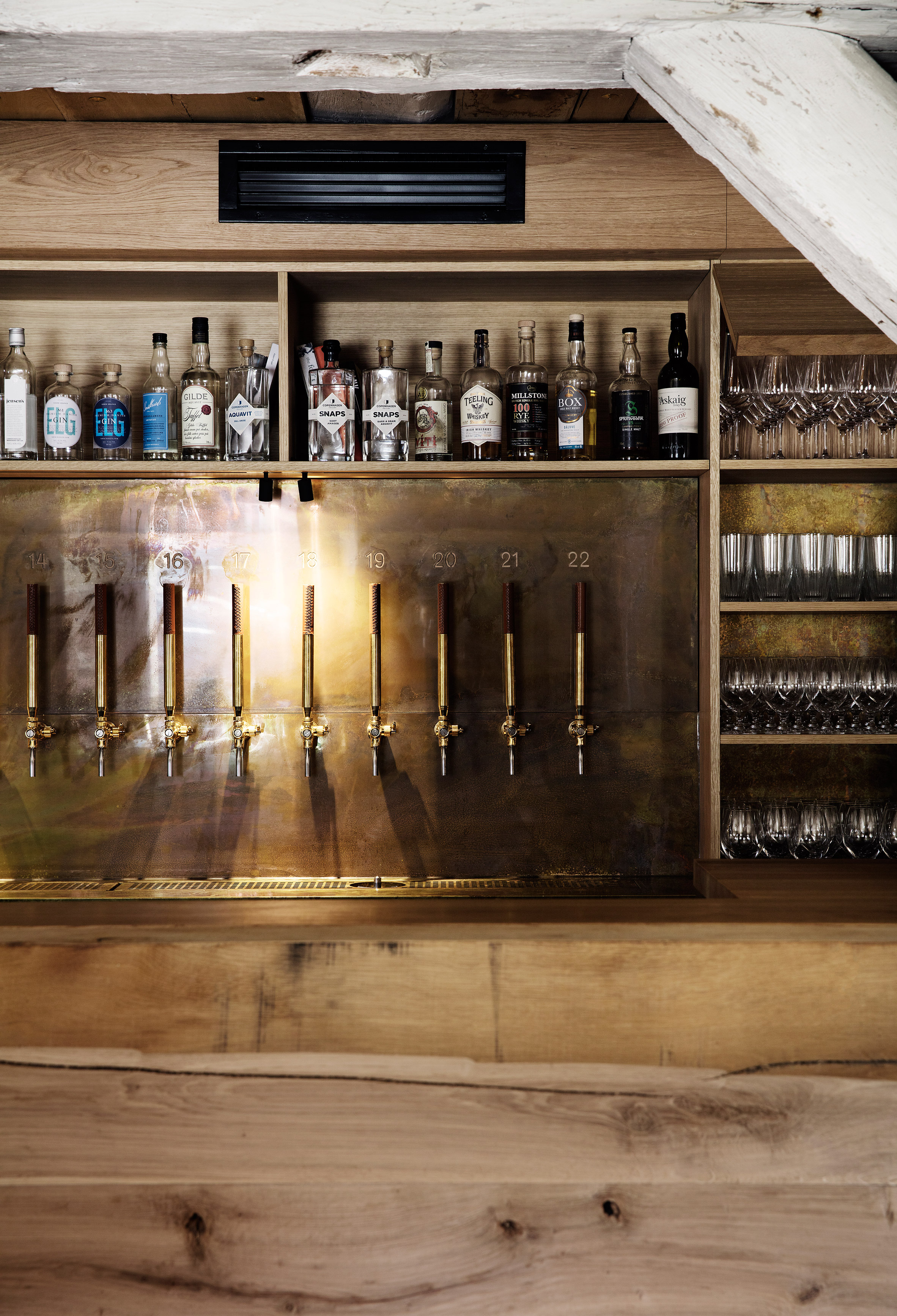 A long, carved wooden bar counter spans the length of the restaurant, with a brass bar behind forming the cabinets for alcohol and beer taps. 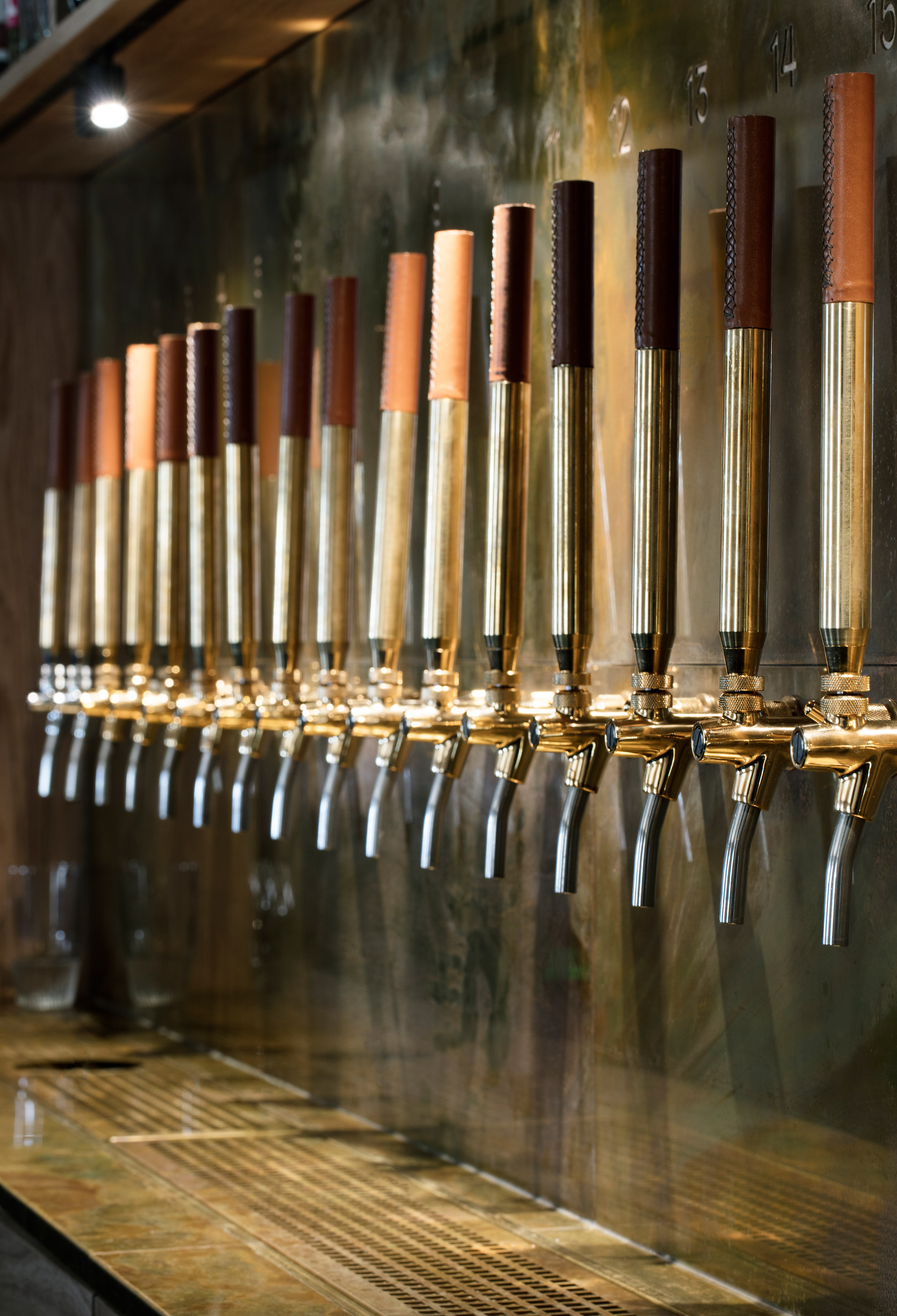 Furnishings include oak wood chairs with brown leather seats and back supports, and matching tables.

Diners can chose from variety of seating options, from high and low tables to bar stools, as well as benches slotted into the arched windows. 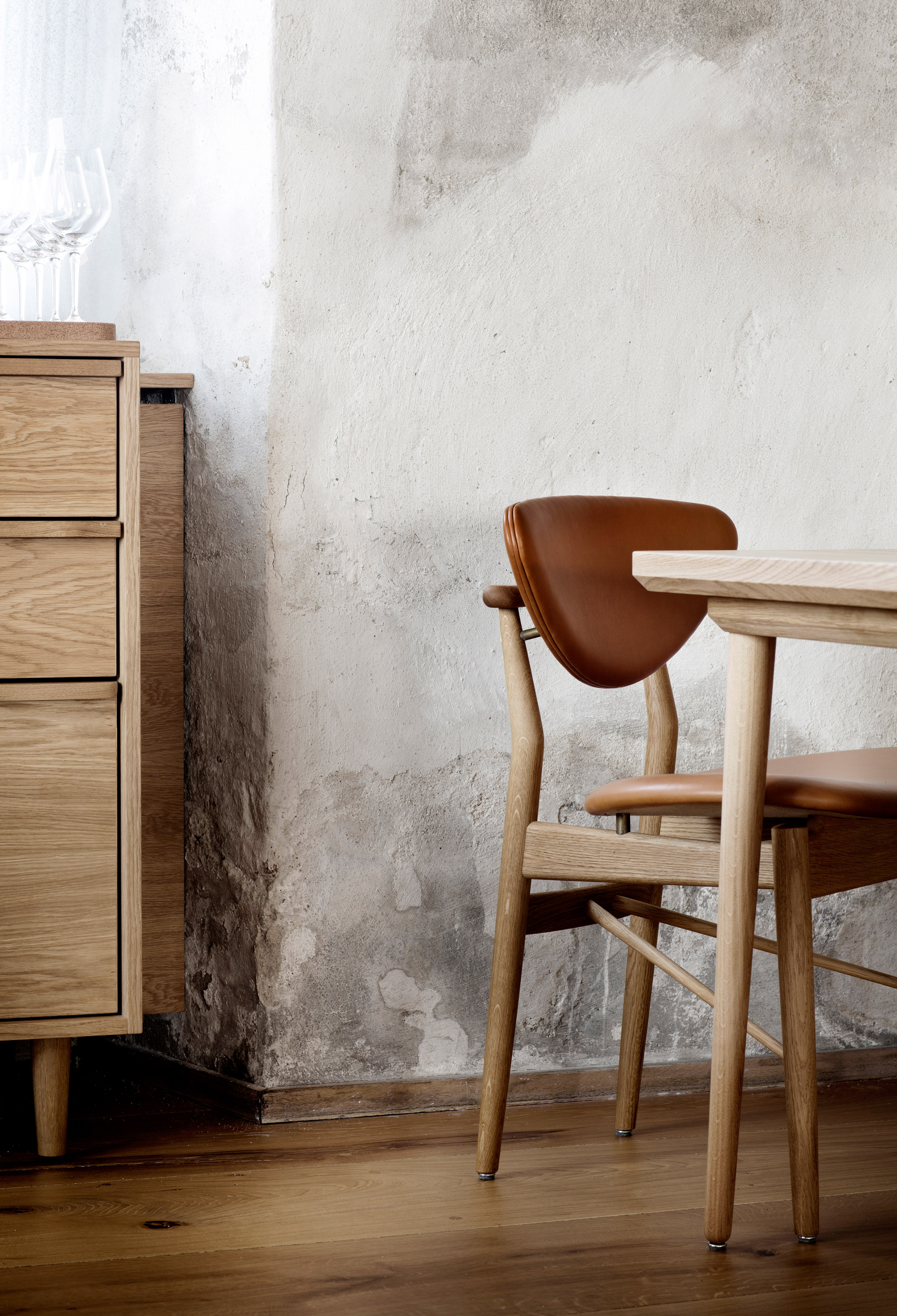 Danish carpenter Malte Gormsen created the furniture using local techniques. The majority of the oak for furniture and interior was harvested from trees grown less than 50 kilometres away from the restaurant. 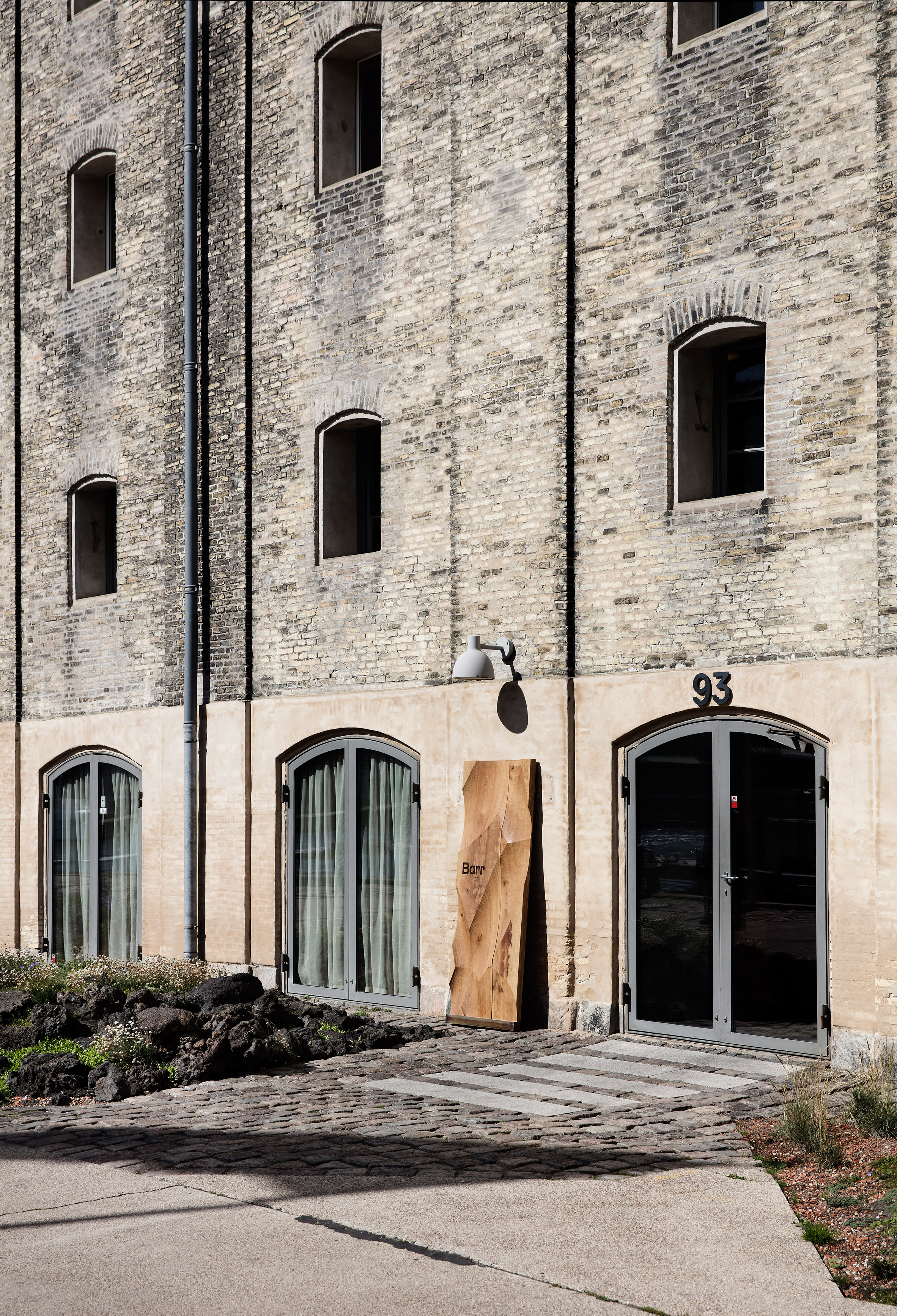 The architects were also enlisted to develop the branding and visual identity for the restaurant, including a new typeface called Barr Gräbenbach based on the typographical heritage of the North Sea region, and a selection of papers embossed with different patterns. 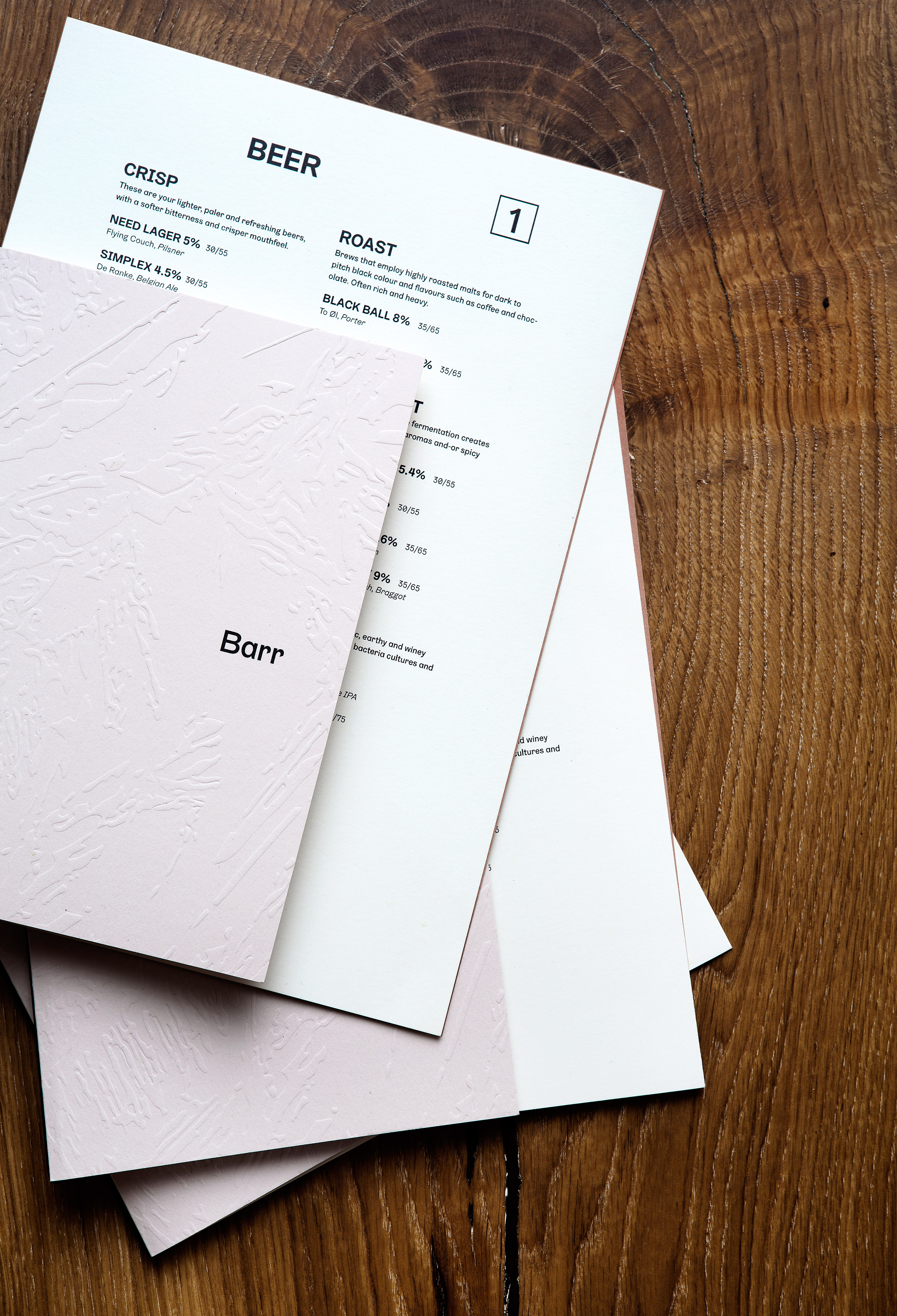 Snøhetta, which has offices in Oslo and New York, ranked at number 37 in the inaugural Dezeen Hot List.

The firm’s recent projects include plans to overhaul former paper mill to offer views of a waterfall in Oregon. It also teamed up with Harvard University and Skanska Technology to retrofit an old house, as an example of making existing buildings more energy efficient to help address climate change. 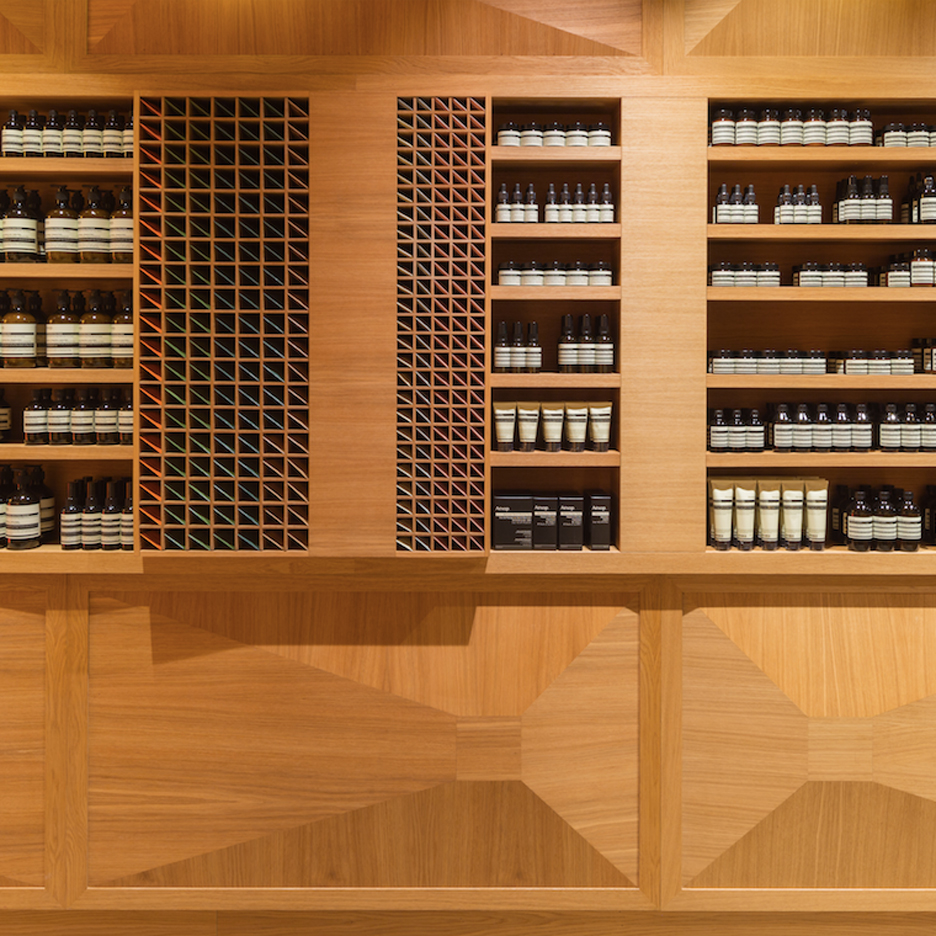