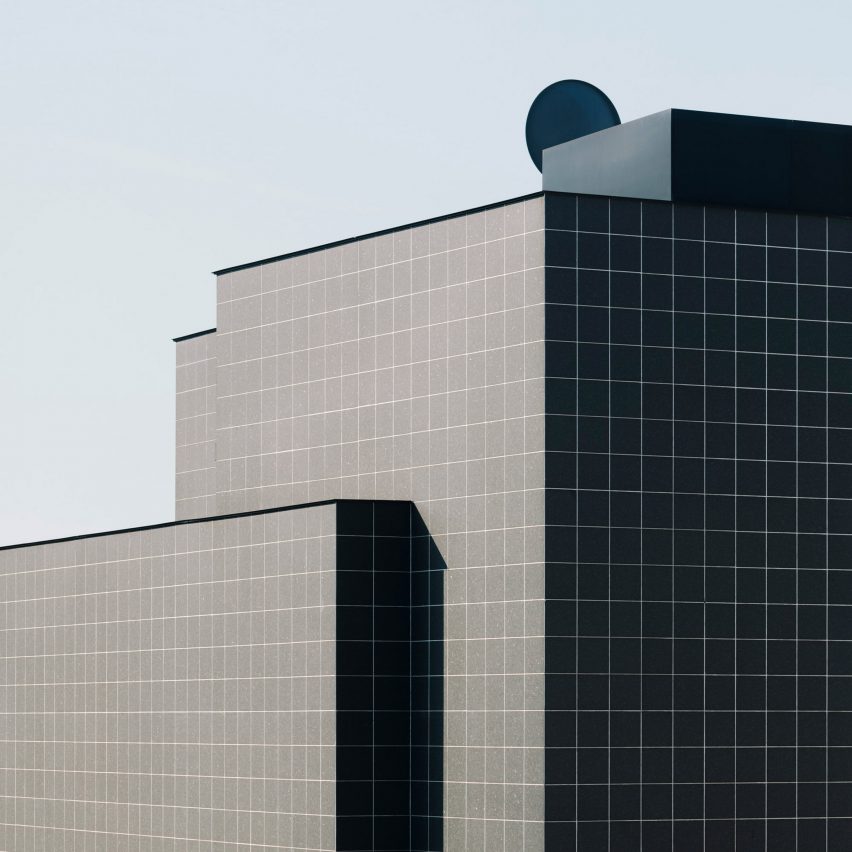 Built on a derelict garage plot, the anonymous four-storey building houses the DJs’ vinyl collection and music production facilities, as well as an apartment with a roof terrace for overnight stays.

Soulwax is made up of Ghent-born brothers David and Stephen Dewaele – also known as 2manydjs – who use the studio as the hub for their record label Deewee.

Originally finished in 2013, the building is captured here in a series of photographs that were taken to mark the label’s 50th release and shared exclusively with Dezeen.

According to the Dewaele brothers, every record released on their label has in some capacity been produced at the Ghent studio, nicknamed Deewee001.

“Our project was ambitious,” said David Dewaele. “We wanted to create something that was functional so it had to be a complex building in order to address different needs but we also knew that Glenn [Sestig] is incredibly efficient.”

“He has a very Japanese way of making the most of every inch of a space,” he added. “He was instrumental in helping us understand that you can do a lot with little.”

The layout of the building revolves around a central recording room, located on the double-height lower ground level. This space is home to the mixing desks, which the brothers describe as “the building’s very heart”, alongside a wall of moveable, monochrome acoustic panels.

Above the recording room is a library housing the DJs’ entire collection of 60,000 vinyl records.

An open-plan living space with a roof terrace is located on the very top floor, while a guest bedroom and dedicated synth and video rooms sit on the levels in between.

Next to the recording studio on the ground floor is a rectangular paved courtyard lined with white pebbles, which creates the impression of being in a Japanese stone garden.

“While acoustic and mechanical requirements were key to the design due to the project’s technical nature, its aesthetics were just as important,” explained Sestig.

Other recording studios featured on Dezeen include a garden shed in Australia with its own stage and a former warehouse in south London that has been divided into separate music studios with the help of geometric plywood panels.

Photography is by Younes Klouche, Maxime Verret and Ill Studio.