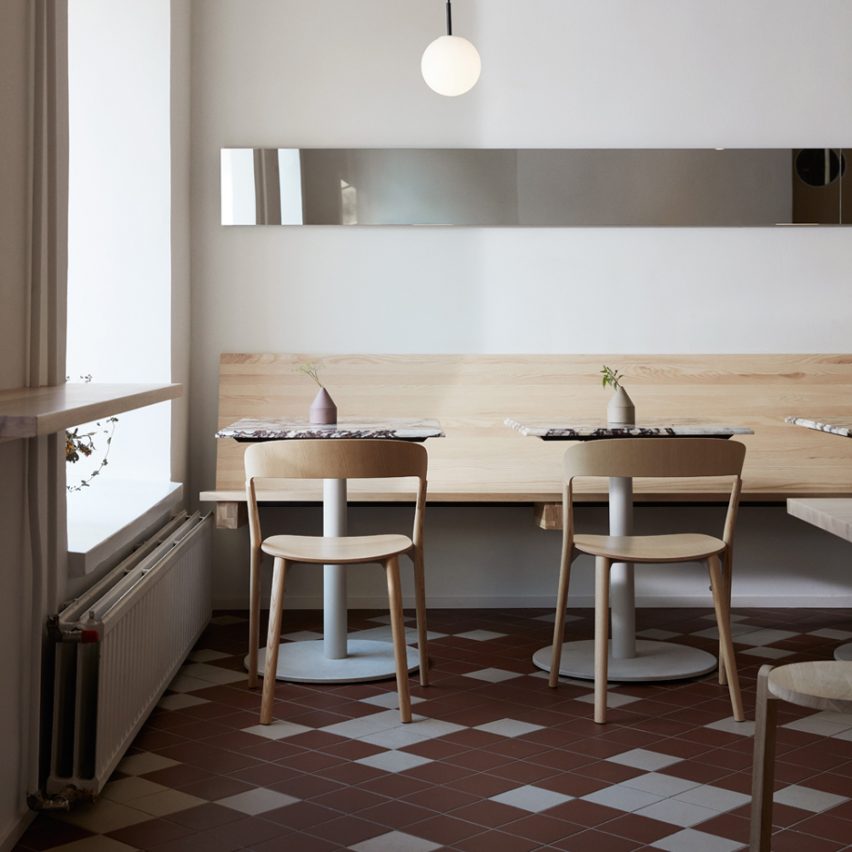 Housed within a building in the Finnish capital’s Kallio district, The Way bakery and wine bar has an interior designed to reflect the organic food and drinks that it serves. 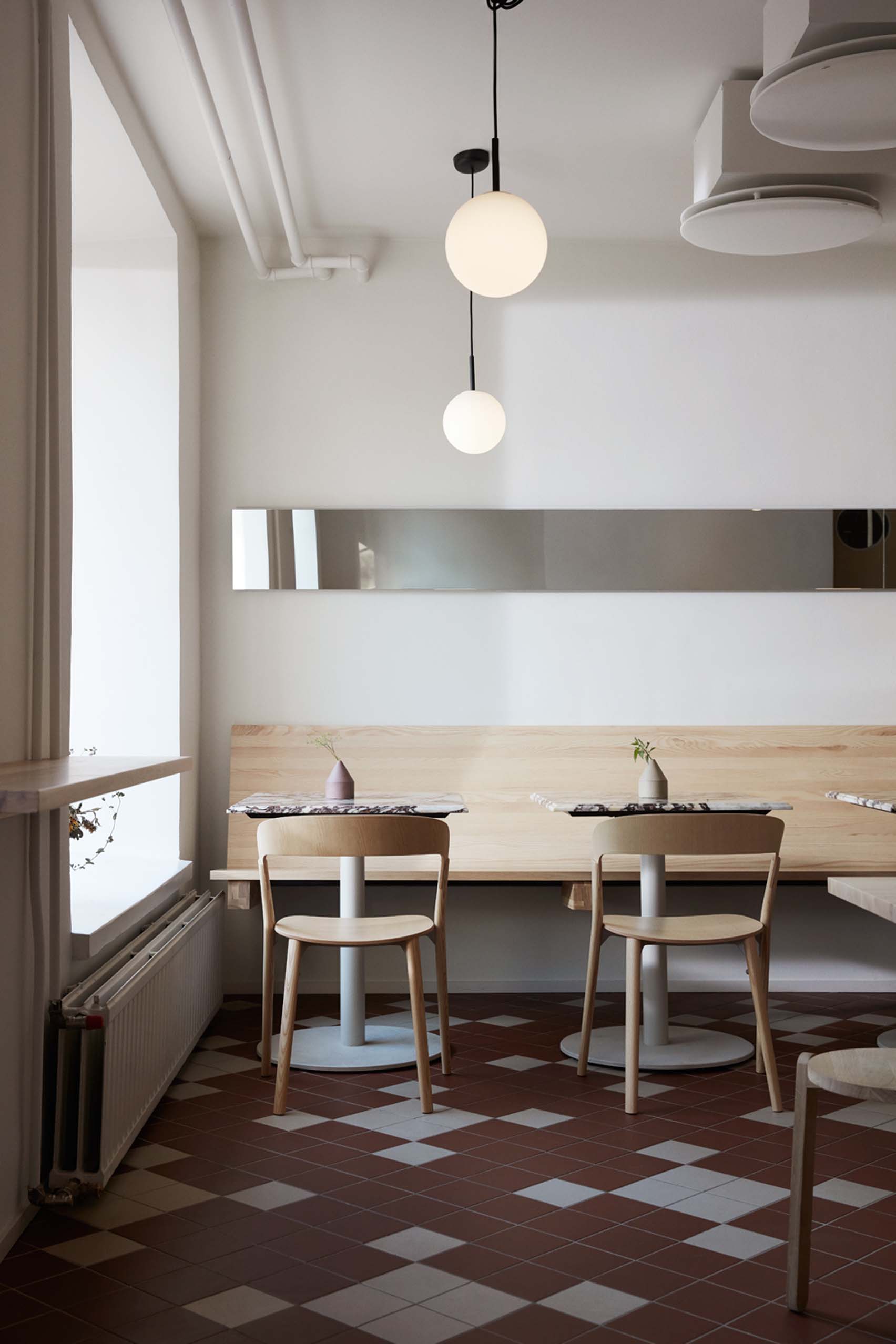 Brick red and cream floor tiles bring texture and warmth to the space while also paying tribute to the original architecture of the building.

Stools and chairs, as well as a custom banquette that runs the length of one wall, are made from natural ash to match the window frames and shelving. Table tops are made from a marble with a rich, purple veining. 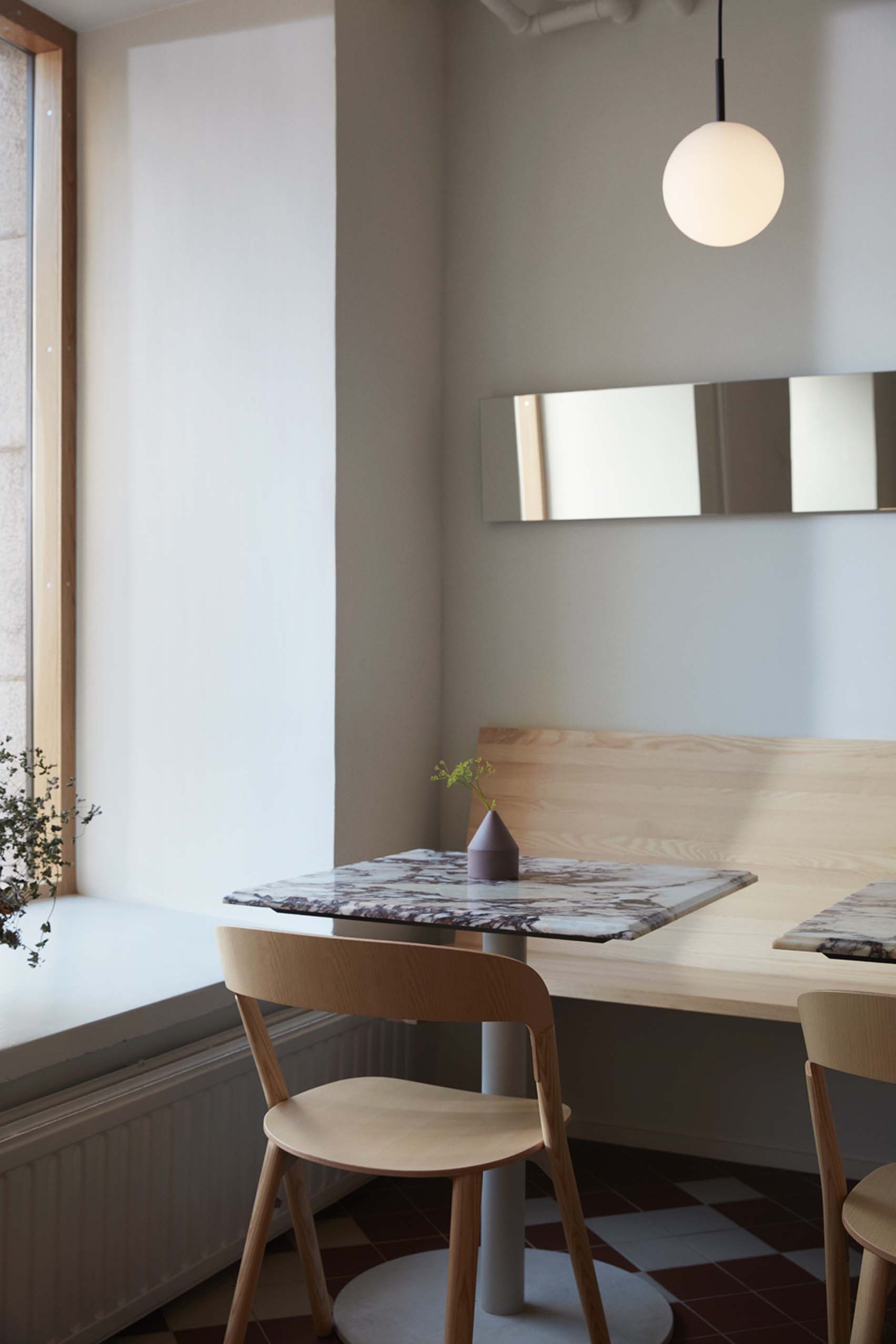 A stainless steel counter greets customers and is also used as a surface for displaying food preparation and display.

In the bathrooms, Laajisto chose white tiles with red brick-coloured grout to echo the floors. 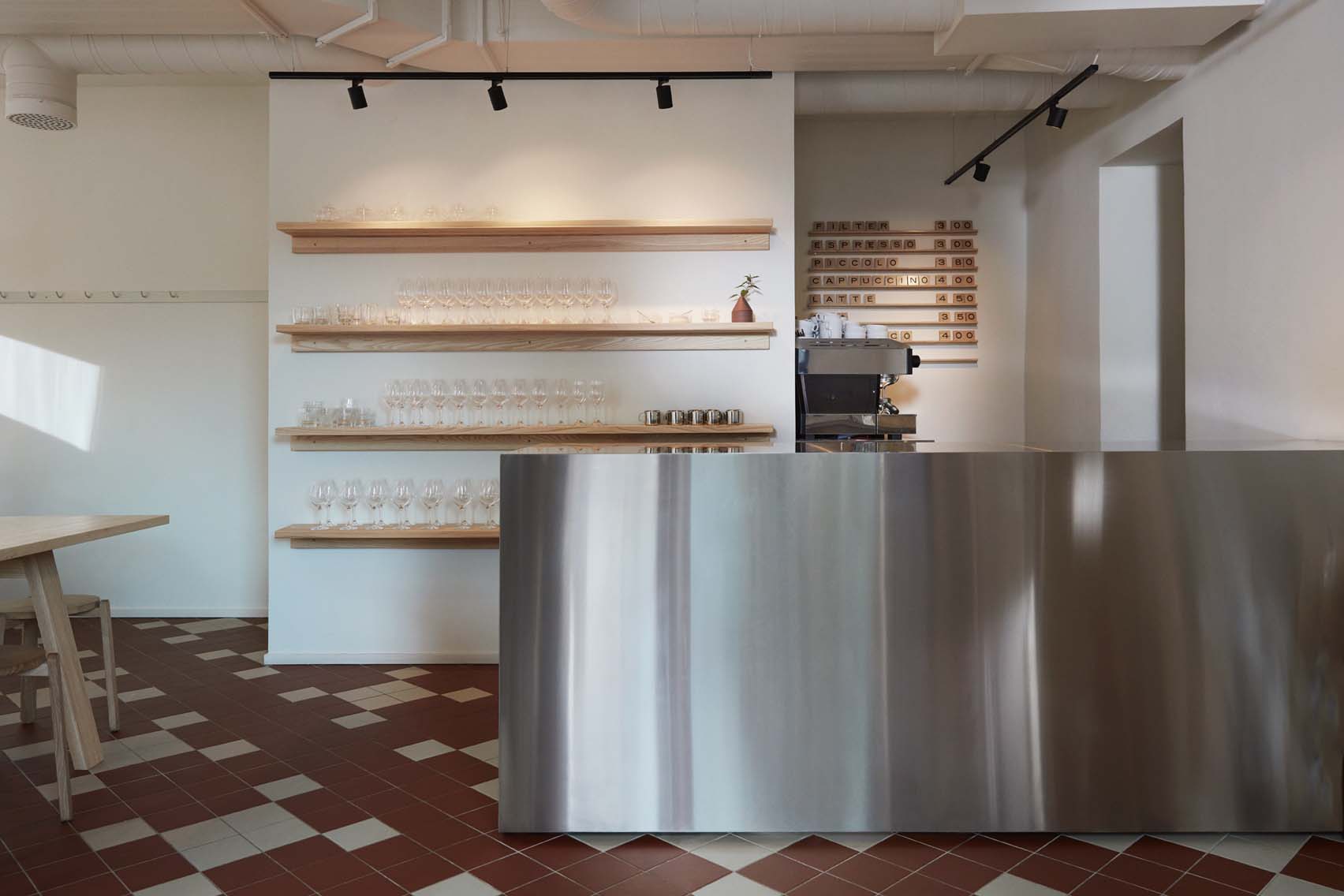 “I wanted to create a minimalistic place where the quality of the ingredients used would be in the starring role,” said studio founder and lead designer Joanna Laajisto.

“The interior is kept simple and minimal with some carefully chosen accents.” 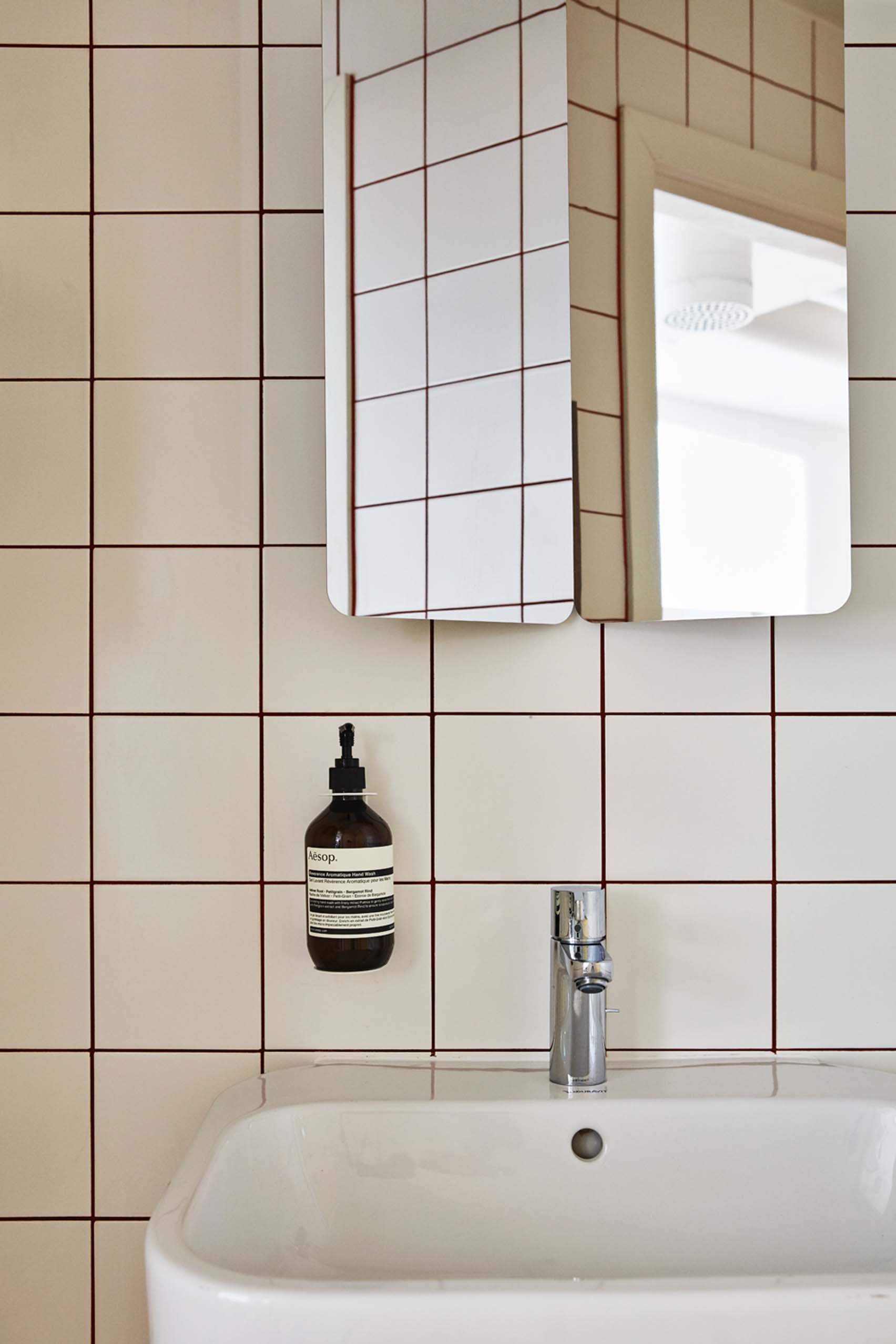 The Way bakery and wine bar is run by Lauri Kähkönen and Toni Kostian – the names behind Restaurant Grön, which was rewarded with a Michelin star in 2018.

Sommelier Toni Feri, who is in charge of the wine at The Way, also runs a natural wine import business, while The Way barista Lauri Pipinen is also a part owner of a local coffee shop and roastery. 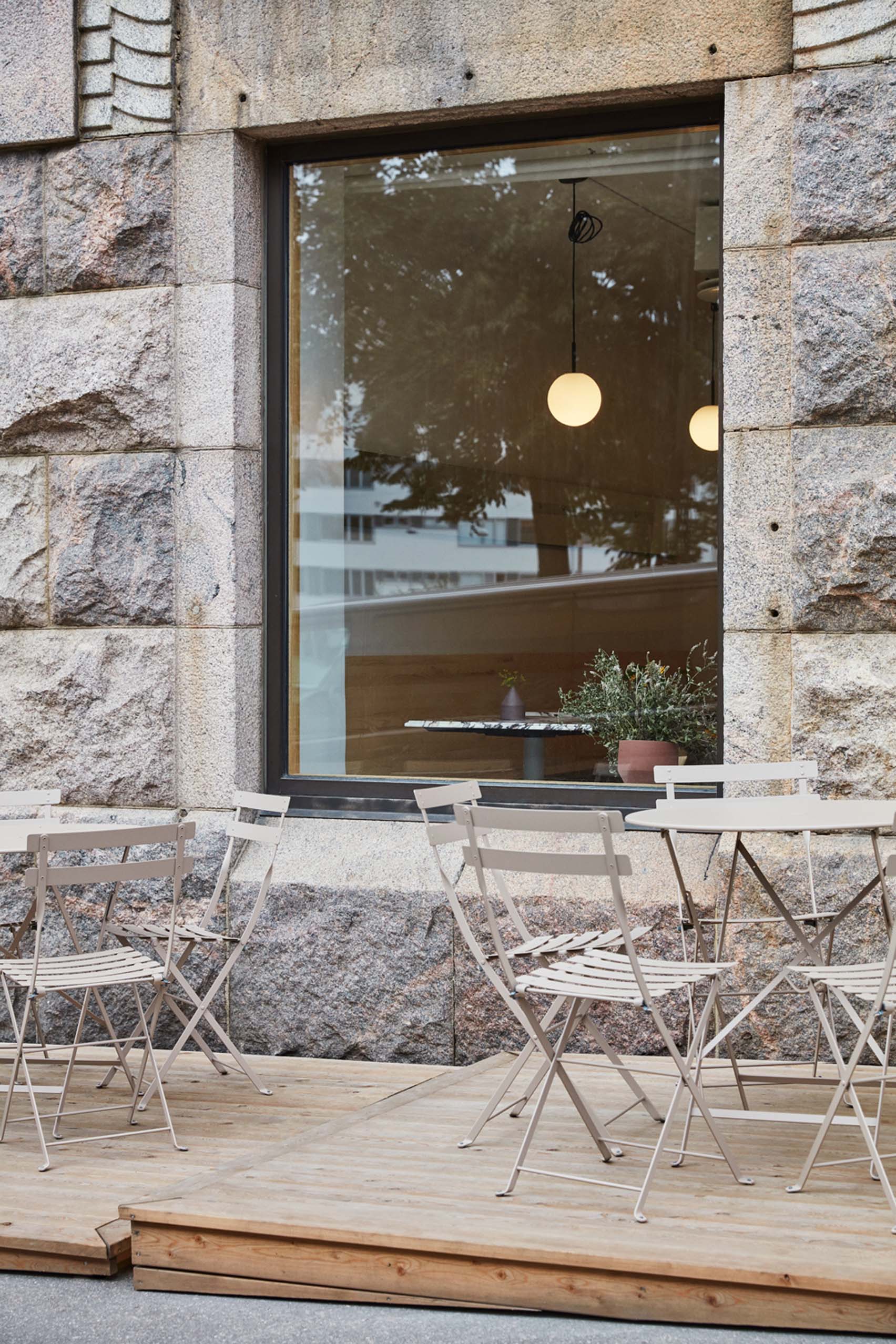 The Way serves bread, pastries and coffee to eat in or take away until 4pm each day, before it turns into a wine bar that opens late into the night. The seasonal menu uses organic ingredients from Scandinavia and Southern Europe.

Other recent designs by Studio Joanna Laajisto include an office for a Finnish advertising agency inside a former bread factory.

The post Studio Joanna Laajisto designs The Way bar in Helsinki to reflect its organic menu appeared first on Dezeen.