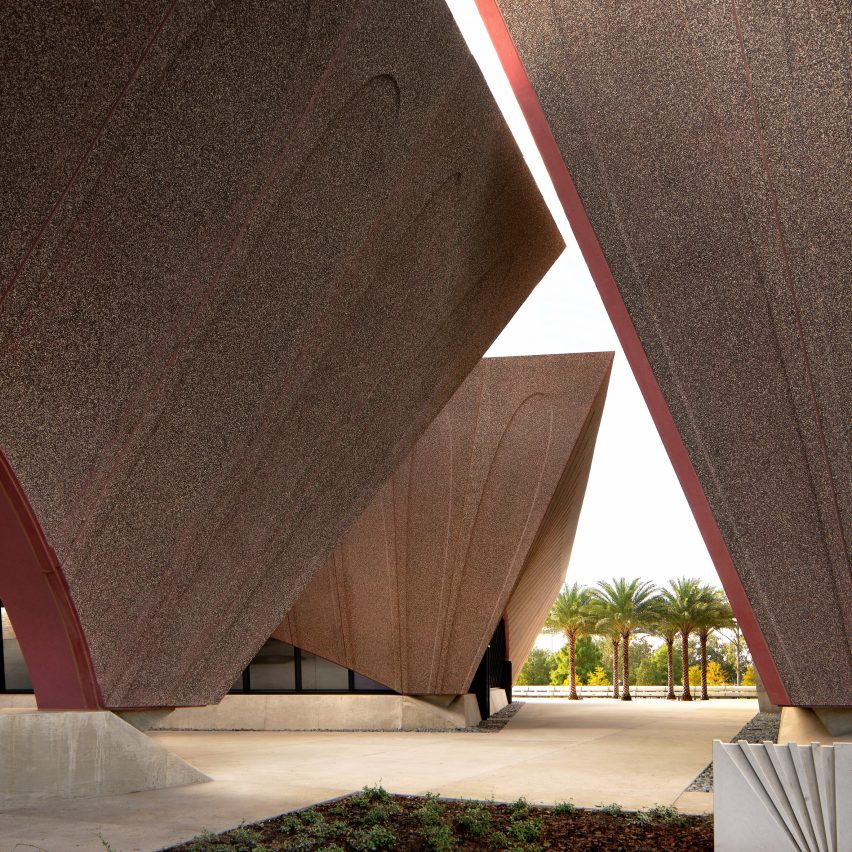 British architecture firm Adjaye Associates has designed a collection of pigmented-concrete pavilions in Winter Park, Florida, to house a library and an events centre. Located on the northwestern corner of the 23-acre (9.3 hectares) Martin Luther King, Jr. Park in Florida, the Winter Park Library and Events Center comprises three pavilions and was described as 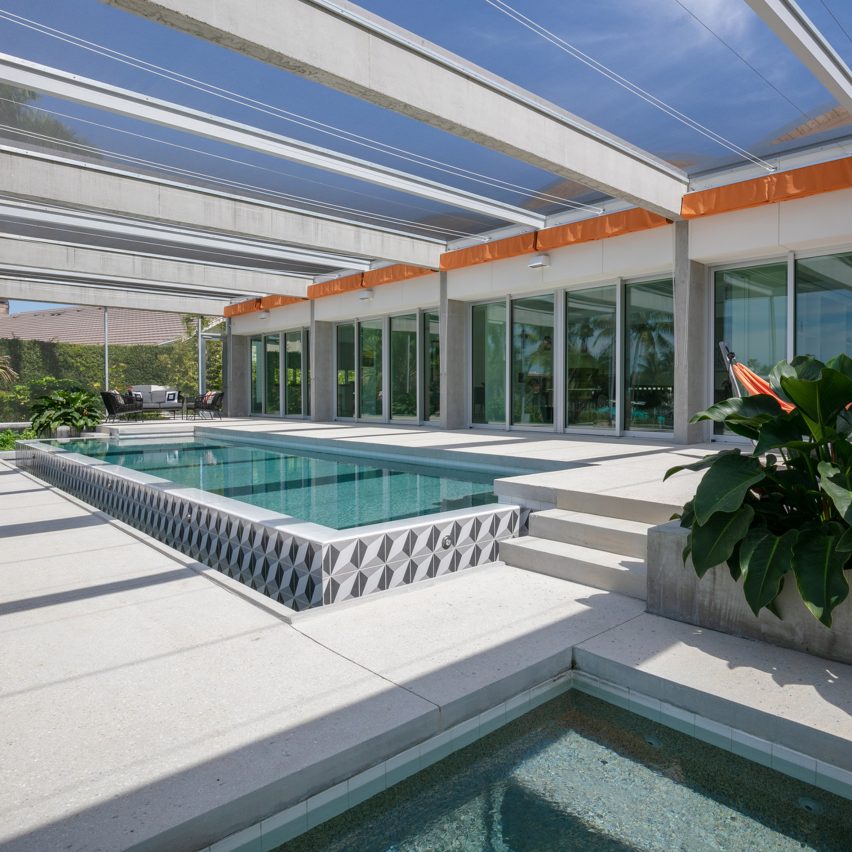 A glazed courtyard occupies the centre of this Florida residence by Seibert Architects, bringing light to the interiors and organising the circulation around the building. Completed earlier this year, the Schechter Residence is a low-slung home that offers its owners a beach-focused lifestyle in Sarasota, Florida. Located just a few metres above from the shore, 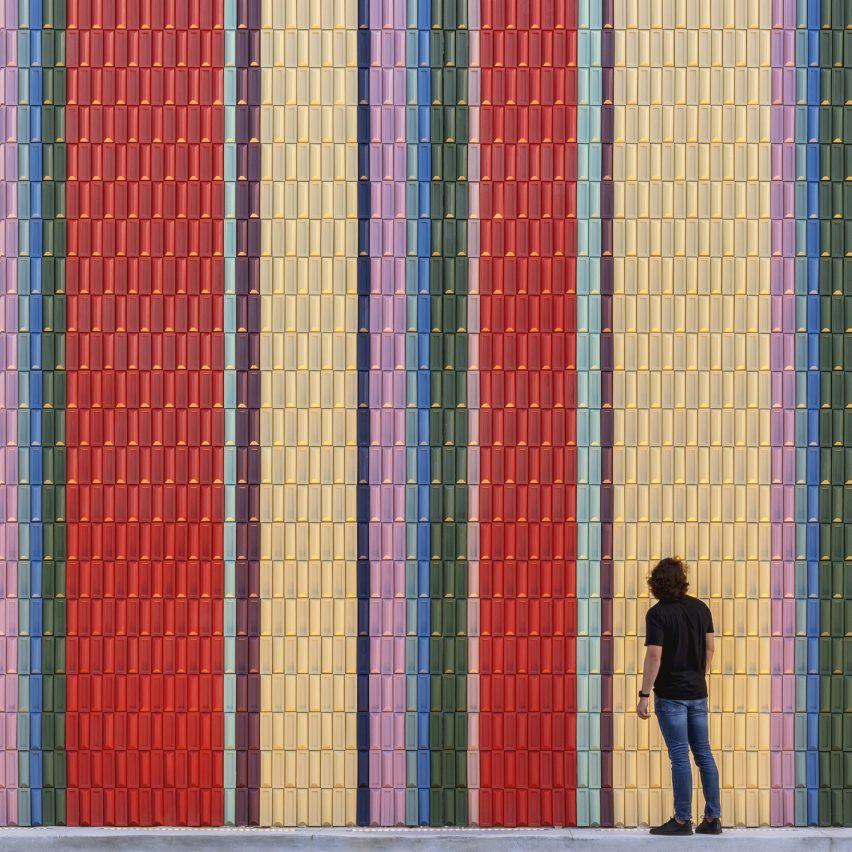 Multicolour tiles form graphic stripes across the exterior of this showroom in Miami, which Esrawe Studio has designed in collaboration with art collective Superflex. The showroom belongs to natural stone company Grupo Arca and is located in Wynwood, a former industrial district of Miami where scores of converted warehouses are now covered with vivid murals by some 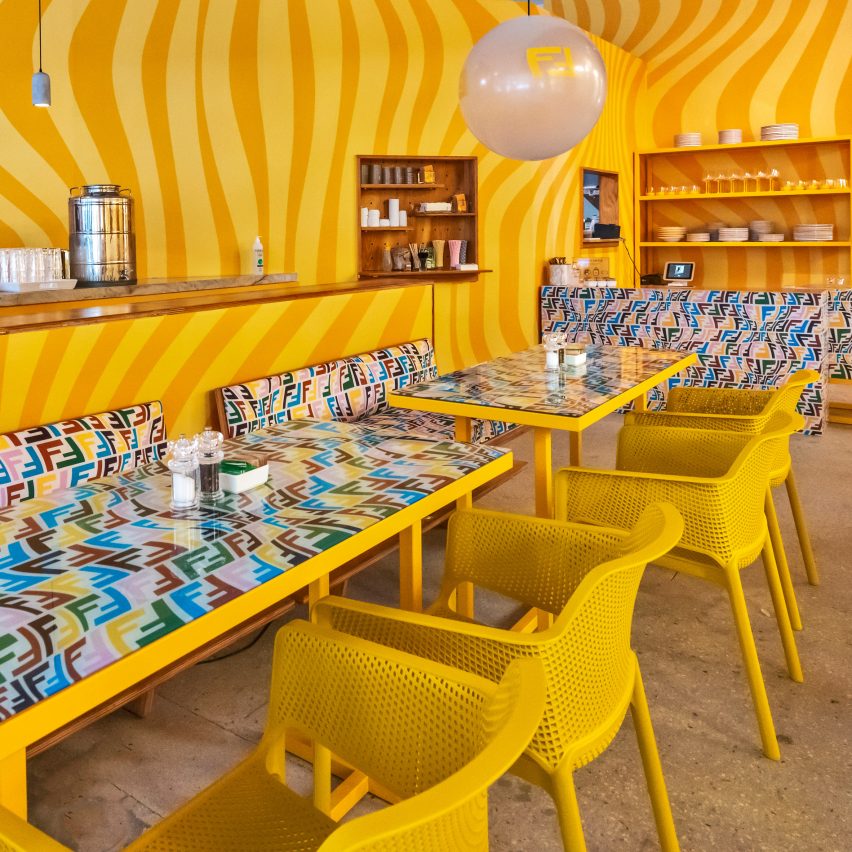 Artist Sarah Coleman has added a psychedelic twist to Fendi’s distinctive double-F logo for a pop-up cafe she designed for the brand in the Miami Design District. Stylised as the Fendi Caffe, the cafe designed for the Italian fashion house was located on the outdoor corridor of OTL restaurant in the heart of Miami’s Design

The post Sarah Coleman puts a psychedelic twist on the brand’s logo at the Fendi Caffe appeared first on Dezeen. 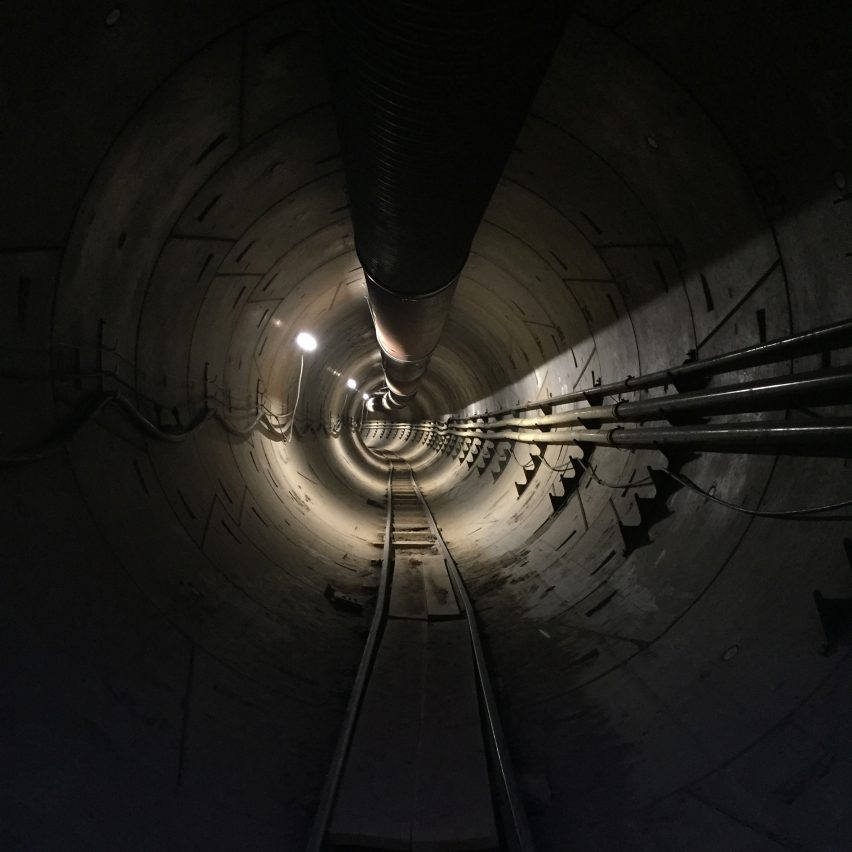 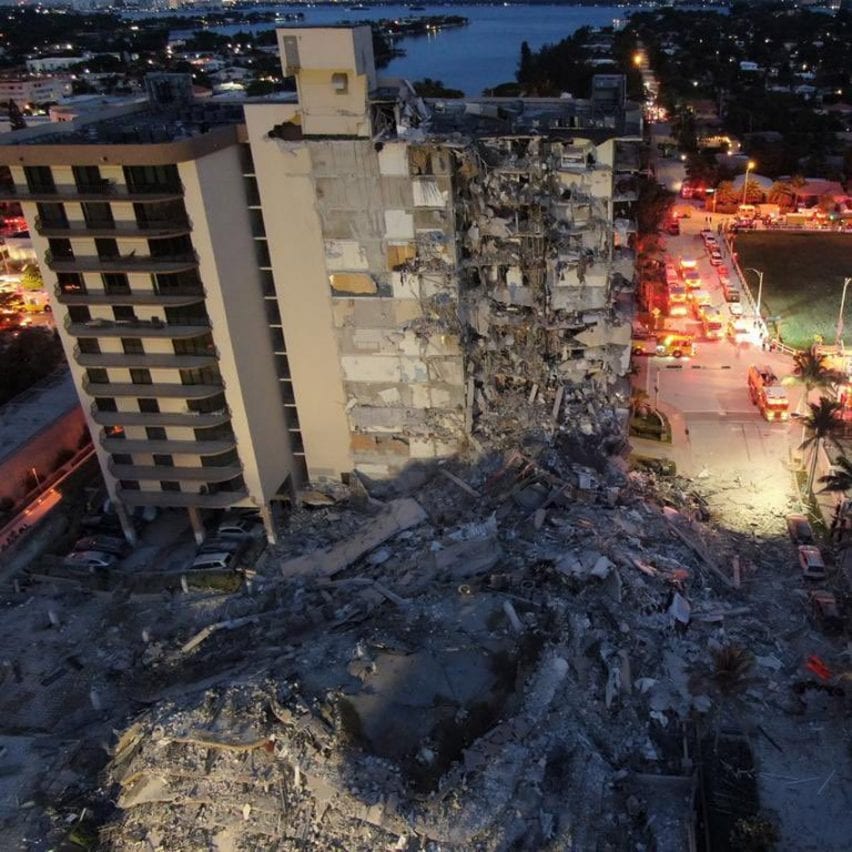 Engineers warned of “major structural damage” to the concrete of the Champlain Towers South condominium in Miami, which collapsed last week leaving 10 people dead and 150 missing. A 2018 report on the condition of the 136-unit residential building in the town of Surfside, Florida, noted that deterioration in the concrete would “expand exponentially” unless

The post Report on collapsed Miami building warned of “abundant cracking” in its concrete appeared first on Dezeen. 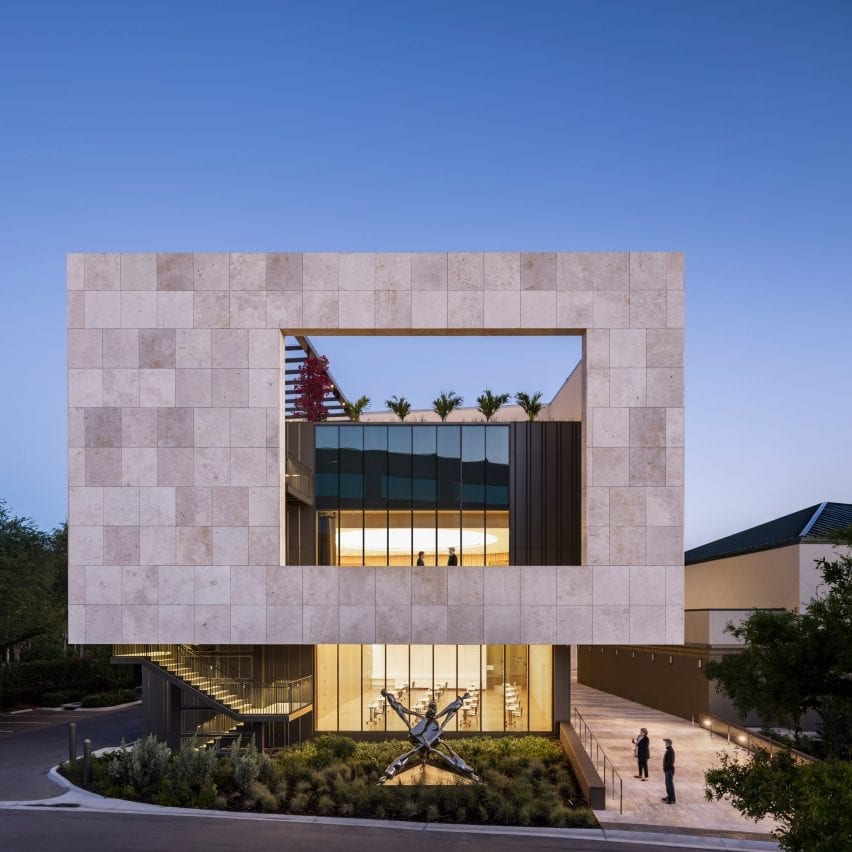 The Baker Museum in Naples, Florida, has been revamped by New York architecture firm Weiss/Manfredi following significant damage during Hurricane Irma. Part of South Florida’s Artis—Naples arts centre, the museum displays a collection of modern and contemporary art. It was badly damaged when it was flooded by the category three hurricane in 2017 and forced to 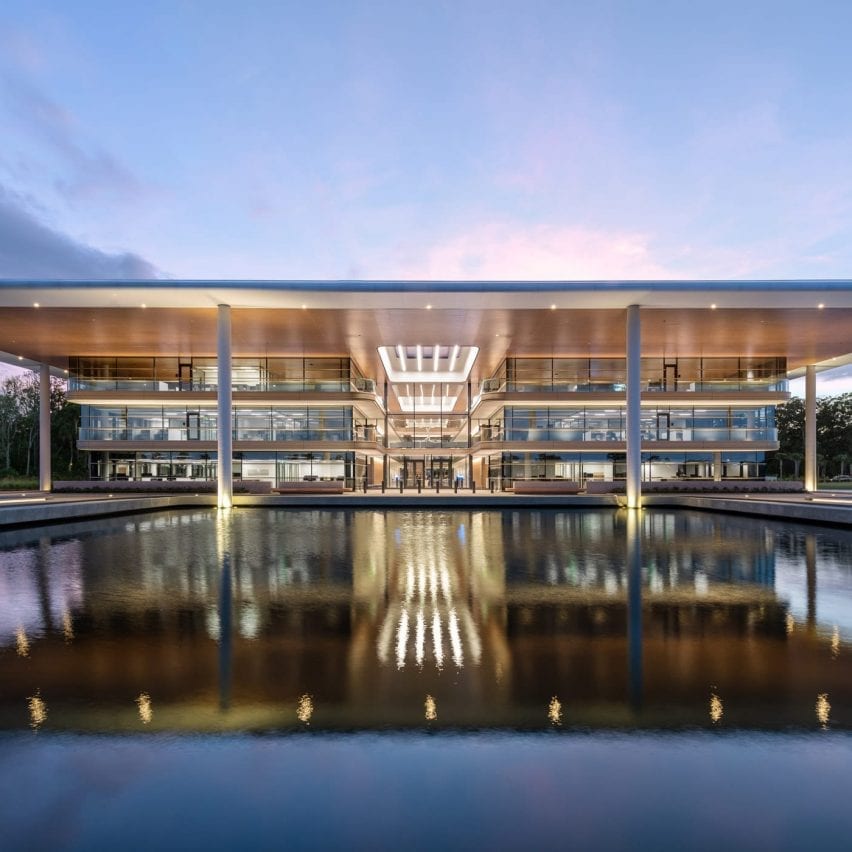 British studio Foster + Partners has completed an office building for the PGA Tour in Florida, which has been topped with an oversized roof. The headquarters for the PGA Tour was built near natural wetlands alongside the Ponte Vedra Sawgrass golf course, which hosts The Players Championship annually. The 187,000 square-foot (17,373 square metres) building for PGA Tour, 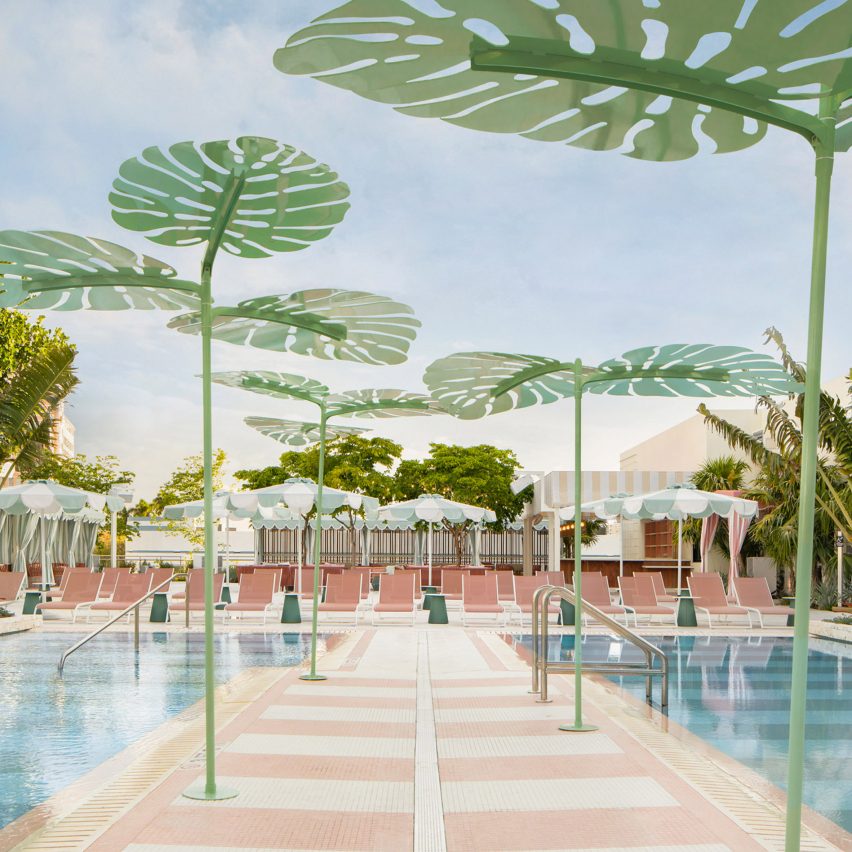 Pastel colours and wicker furniture clash playfully with the leopard print fabrics in this Miami hotel, created by American designer Ken Fulk for musician Pharrell Williams. The Goodtime Hotel, which was designed to reflect the famed art deco architecture of the local area, is a collaboration between Williams and entrepreneur David Grutman. While Fulk was 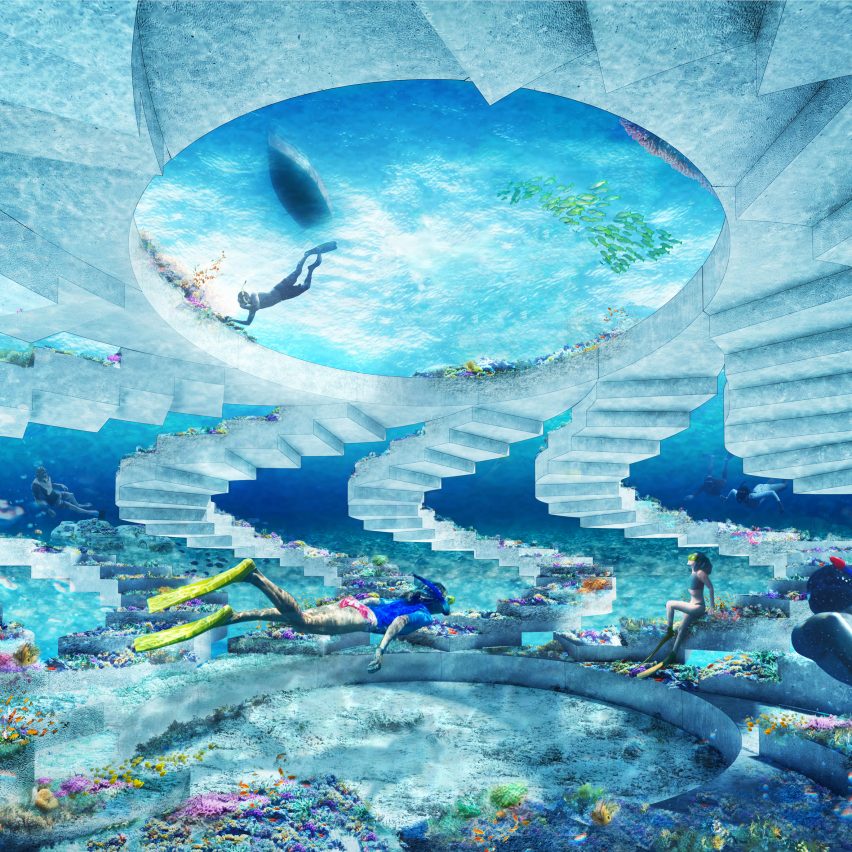 Architecture firm OMA is building a seven-mile-long, underwater sculpture park, which it says will bolster the shoreline of Miami Beach against the effects of climate change and include installations that can only be viewed while snorkeling. Initiated by Argentinian curator Ximena Caminos, The ReefLine is intended to respond to, and raise awareness of, the way