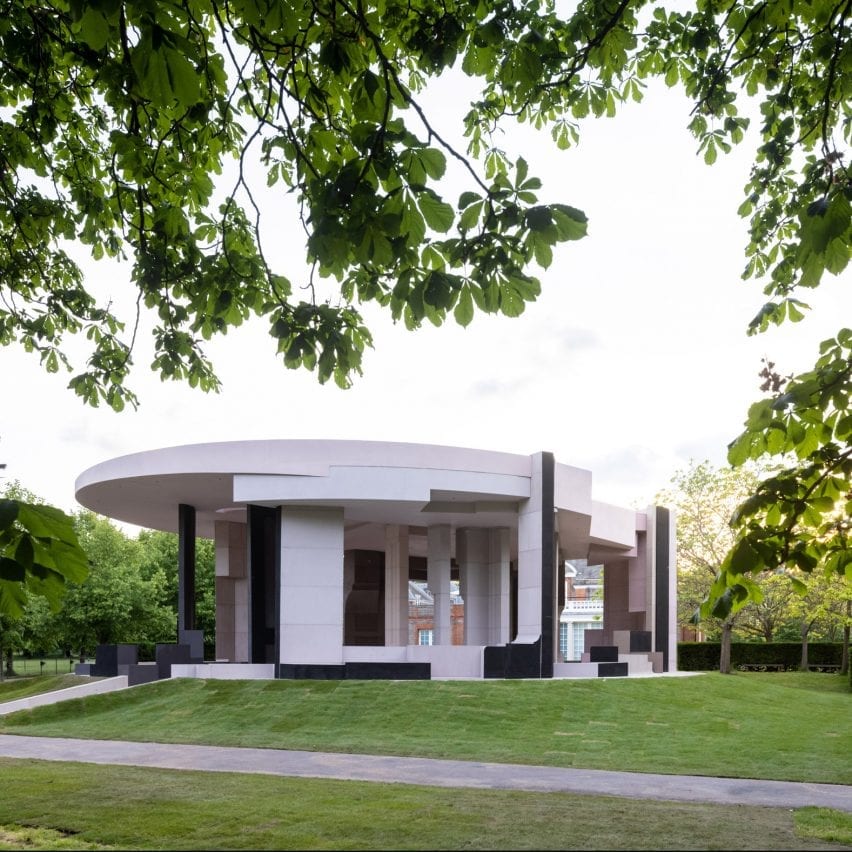 This week on Dezeen, this year’s coronavirus-delayed Serpentine Pavilion, a carbon-negative structure made from abstracted fragments of London, opened its doors.

Designed by South African studio Counterspace, the pink and grey structure in London’s Kensington Gardens is the latest pavilion built as part of the prestigious annual commission.

In an exclusive video interview, Counterspace founder Sumayya Vally explained how the pavilion was designed to reference the architecture of London’s migrant communities.

“I became really interested in places with a history significant to migration – small spaces that birthed community and that have held forms of cultural production over time,” Vally explained in the video.

Also in the UK capital, the London Design Biennale continued with designer Ini Archibong explaining the meaning behind the Pavilion of the African Diaspora.

Speaking to Dezeen, the designer said the structure was intended as a place where people of African descent can come together.

“This is meant to be a platform for the people in the diaspora to have a conversation,” he said. “This isn’t a platform for Ini to express his views on race. It was never intended to be that and it won’t become that.”

Following the opening of a fully transparent swimming pool in London, we rounded up eight spectacular pools with see-through walls and floors from around the world.

With Euro 2020 kicking off yesterday, we took a look at the kits that all 24 teams will be playing in at the tournament.

Also to mark the tournament, twenty graphic designers reinterpreted iconic moments from the championship on a series of beer mats that are being sold for charity.

“Co-living offers very real solutions to problems that many of us face today, from rising property prices to chronic loneliness,” said Frearson.

Our lookbook this week focused on projects where kitchens and dining rooms have been combined.