Valerio Olgiati designed to structure to mark the start of the Pearling Path, a 2.2 mile trail situated close to the historic market buildings on Muharraq Island. It connects oyster beds and a series of buildings that were significant to Bahrain’s historic pearling industry. Like a hypostyle hall, the new 10-metre high concrete canopy covers a series of ruins at the entrance of the trail that were once an “amara” – a combination of warehouse, factory and marketplace.

They also cover a small building that functions as a museum for the trail. “It is an urban room for the people of Muharraq with the scale of a public park,” said architect Valerio Olgiati.

“Concrete elements are placed along the property boundary to form a new locus in the dense city.” 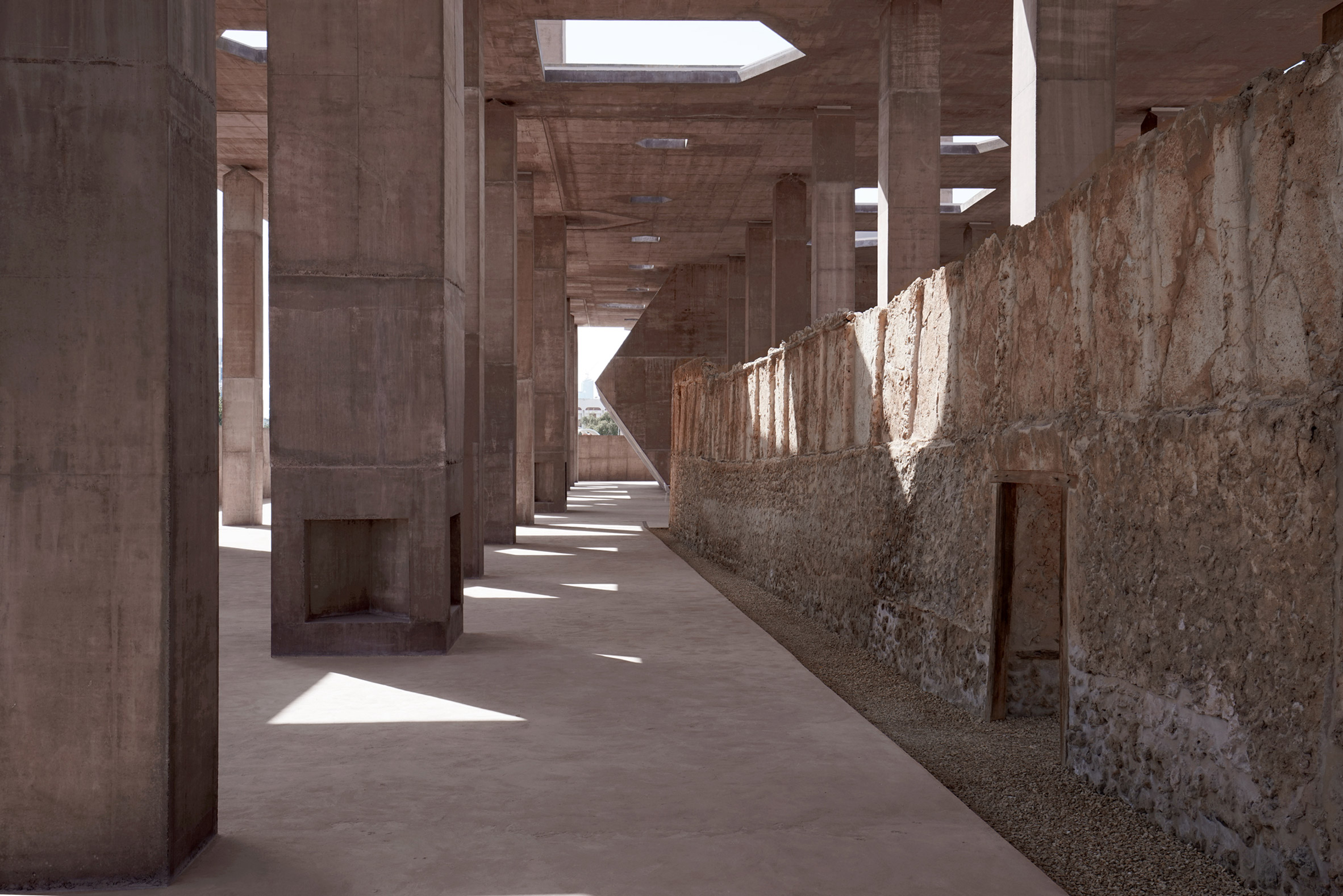 The site, which is in the centre of an area of active city buildings, is surrounded by segments of high concrete wall, with  the larger gaps between these elements becoming entrances into the site.

Inside, the weight of the roof is offset by the concrete columns’ pointed tops, on which the canopy seems to perch. Thicker columns burst through the canopy to become wind catchers of varying heights, with openings at their base that help create a cool atmosphere and double as seating areas.

“A roof, understood as an archaic gesture, donates vital shadows for the people of Muharraq in this very hot climate and produces a new and unique situation through its different scale,” added Olgiati. 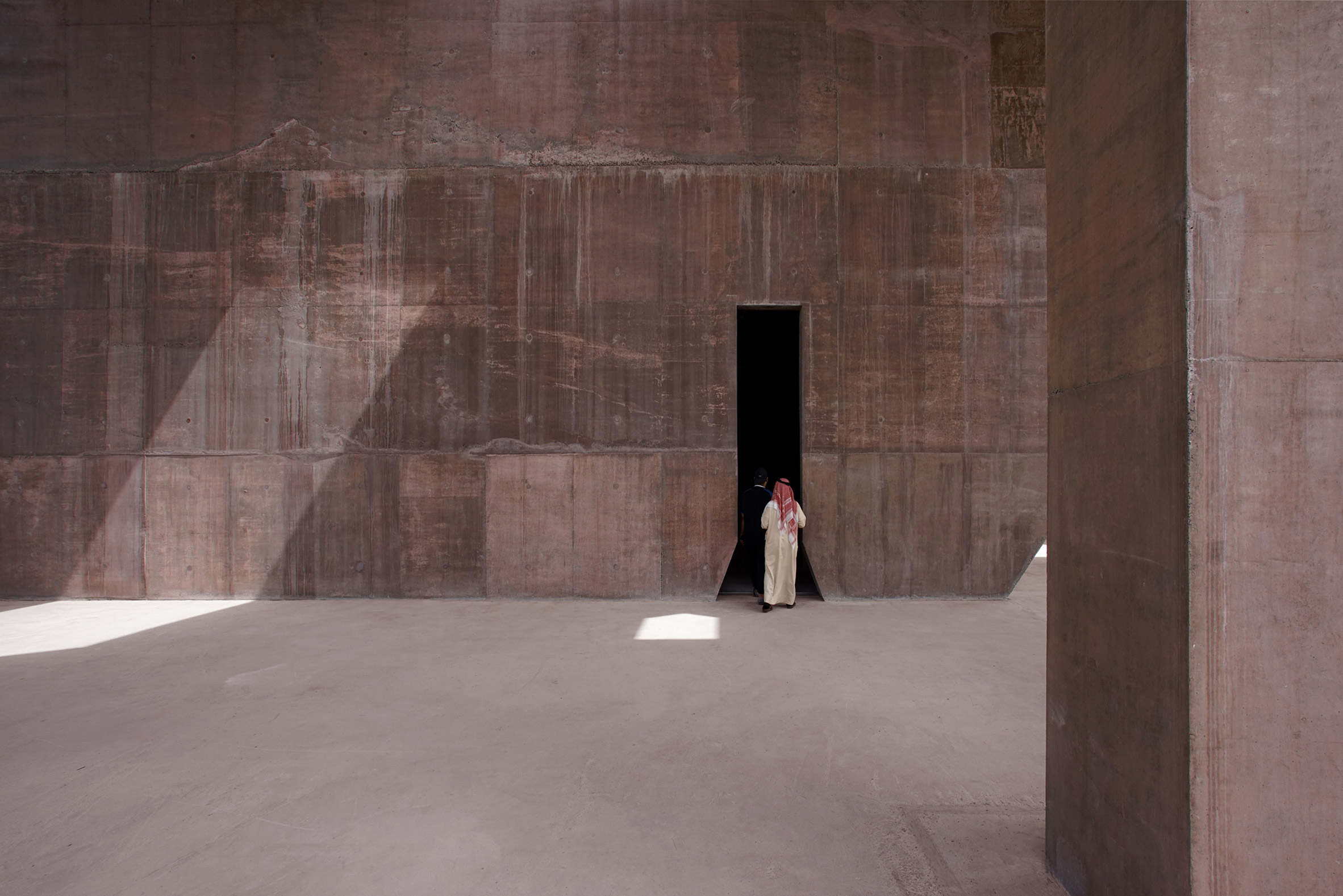 The canopy is perforated with an arrangement of geometric openings, mirroring the pitched form of the columns and the wind catchers, and bringing patches of bright light below. Coloured concrete is proving popular right now when it comes to musuems. In Peru, Barclay & Crousse used pigmented concrete for an archeology museum, while BBGK Architekci designed stained concrete walls for a museum in Poland.

Valerio Olgiati previously used the material on a work studio for a poet and musician in Switzerland.