A wood-lined cafeteria, black and white stairwells and blue lounges all feature at the Montreal offices for video game company Electronic Arts. The aim was to produce a creative working environment for employees at the global company, which is behind popular game franchises like FIFA and The Sims, and also owns developer Motive Studios. “Electronic Arts has always believed that game creators are highly qualified artisans and wanted to create a space that reflects that philosophy,” said a statement from Sid Lee Architecture. “A space that could serve as a backdrop where its own people’s art and Motive Studios’ creative-focused culture could grow and take centre stage.” To do this, work areas were treated as clean, simple and adaptable, while communal leisure spaces were imbued with more character.

In the open-plan offices, black frames are used to partition desk spaces and provide supports for ceiling lights. Mirrors are used to make the floor area look larger and help to bounce natural light around. Black is the dominant hue in the reception area, which is lined with glossy panels and giant screens. The same materials can be found in conference rooms, stairwells and bathrooms, where white surfaces are also used for a stark contrast. Next to the reception area, a space for coffee breaks and informal meetings sits under images of leafy trees affixed to the ceiling.

Various breakout rooms each have their own theme, including one that is almost entirely painted blue, and another that looks like a sitting room. The cafeteria features timber panelling on its wall and ceiling and has long wheelable tables for employees to sit at using mismatched chairs. 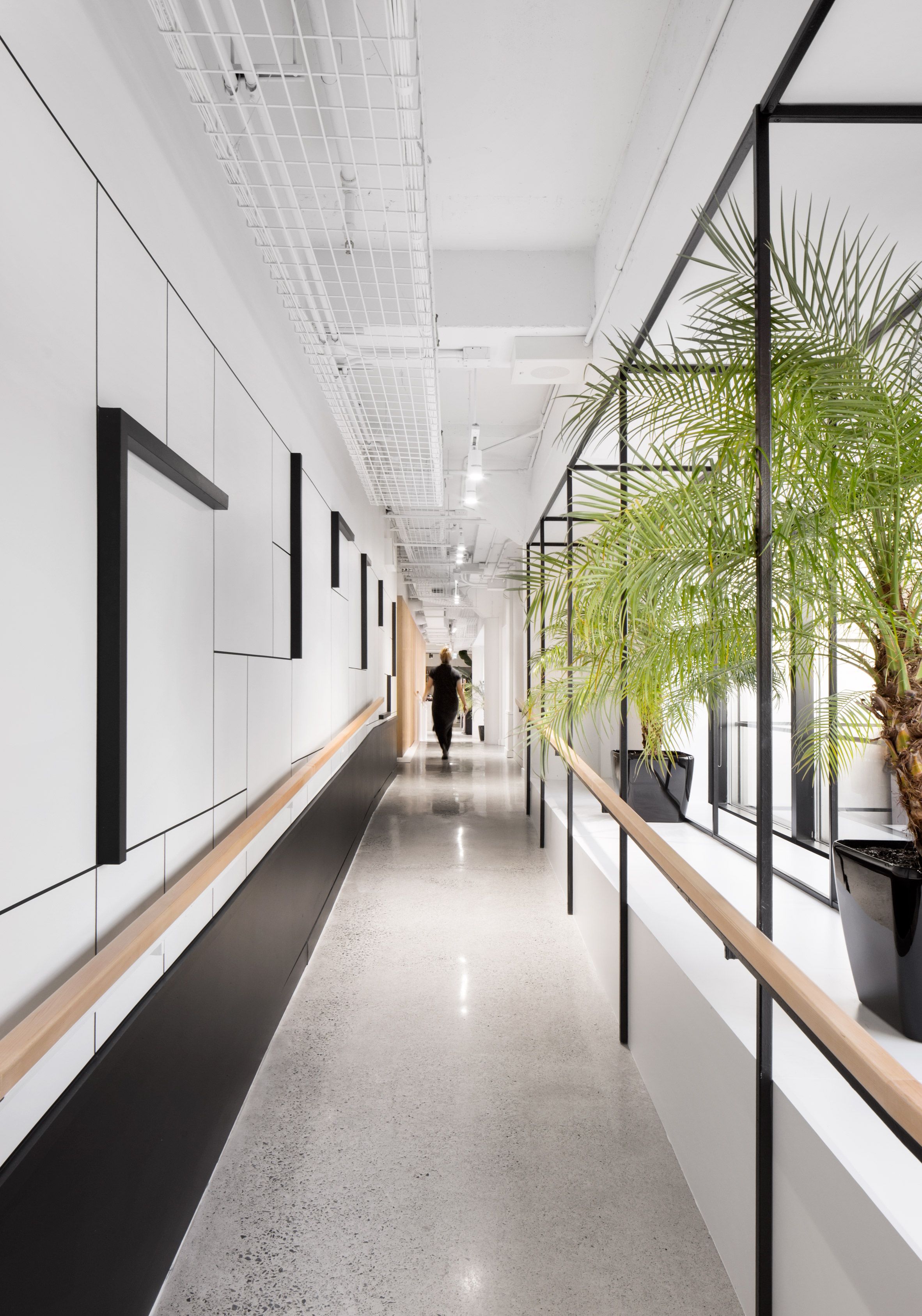 Other areas include a library, a gallery, a space for video game testing.

“Among the key drivers of the project was the desire to attract and retain top talent in the gaming industry, and to build and foster a strong creative culture,” Sid Lee Architecture said. 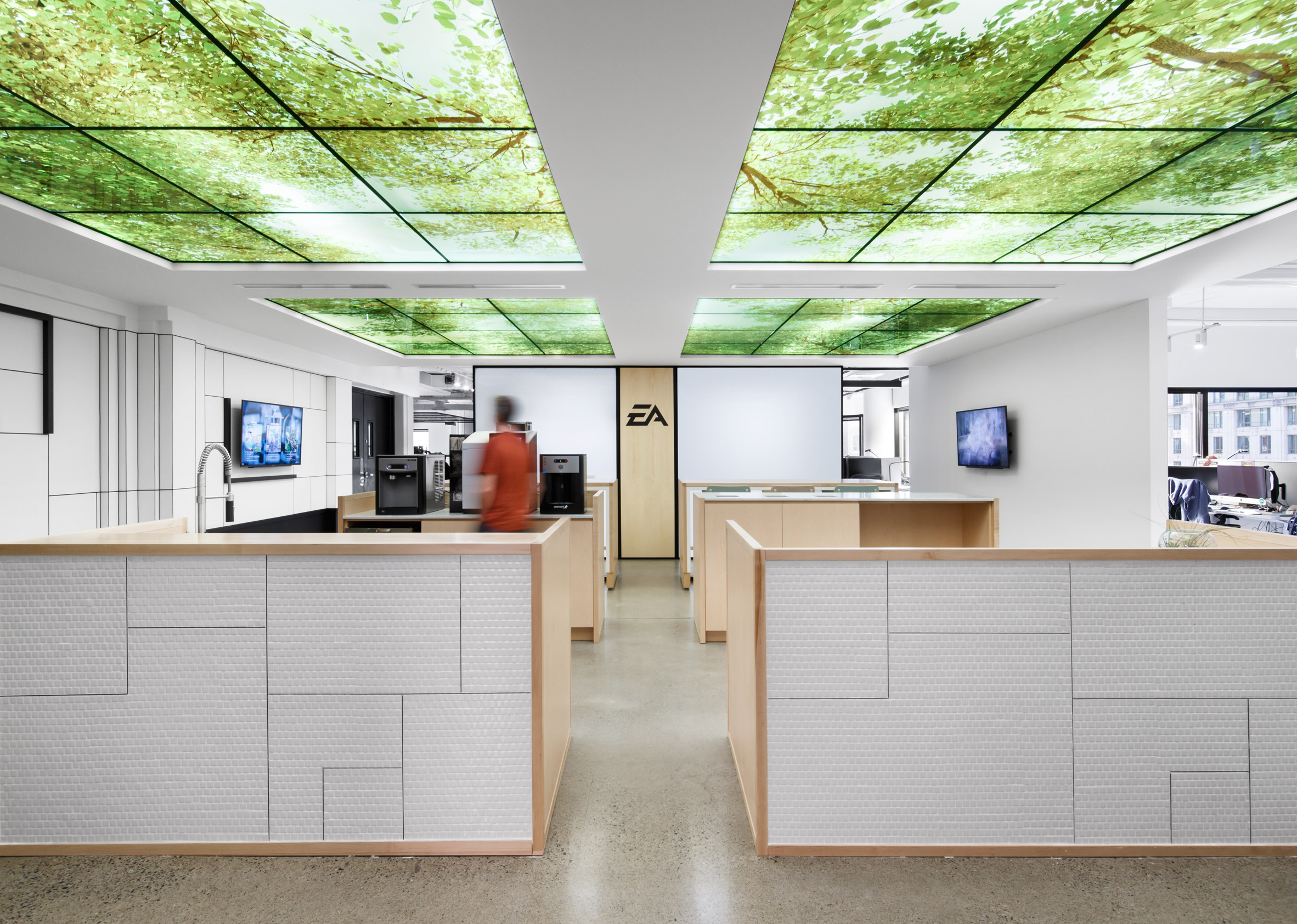 Photography is by Stéphane Brügger.