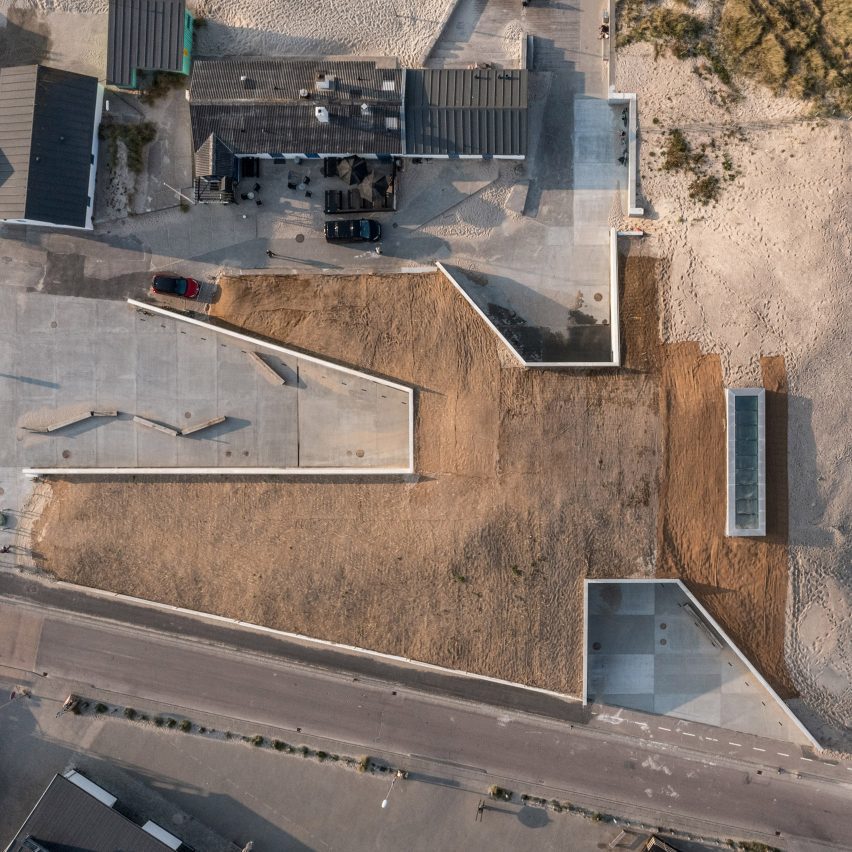 Danish firm Loop Architects has completed a visitor centre for Thy National Park in Northern Jutland, Denmark, which has a concrete structure that is embedded in the coastal landscape. The building was designed by Loop Architects for a site in the small coastal village of Nørre Vorupør, which is located at the heart of the 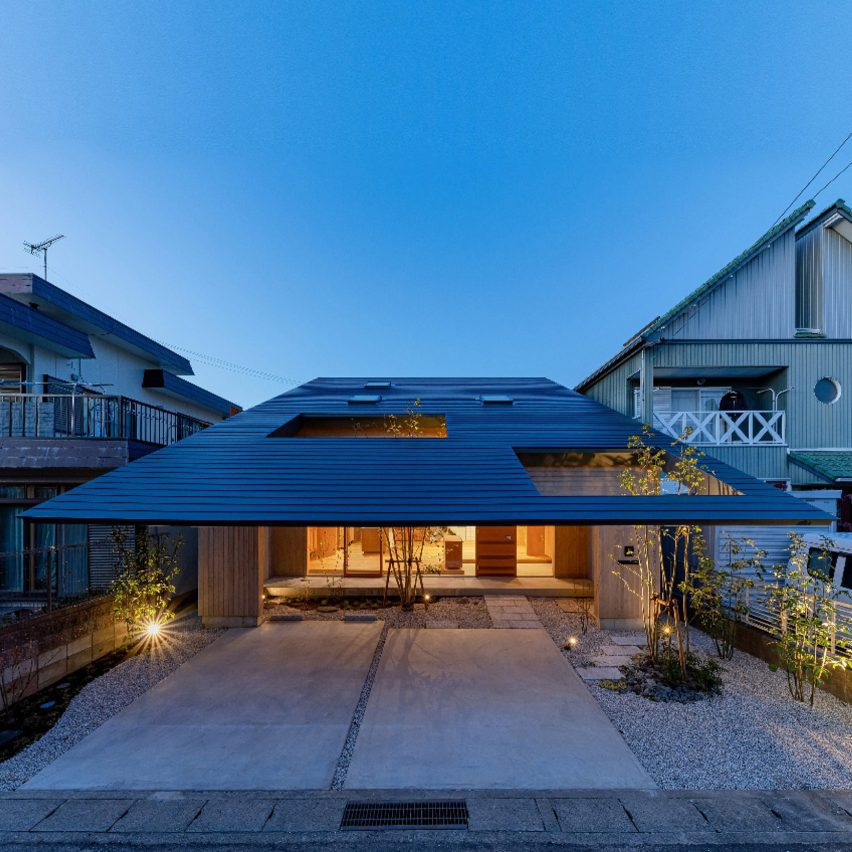 Japanese studio Tatsuya Kawamoto + Associates has created a house in the city of Ichinomiya, Japan, with exaggerated eaves that shelter an outdoor living space and garden. The dwelling, named Imaise House, is situated on a private side road in a densely populated district. It is shortlisted in the urban house category of Dezeen Awards 2021. A sequence of curving paths and bridges form a route between courtyards surrounded by water at this landscaping project created by Qidi Design Group for a development in Danyang, China. The Sunac Yunyang in Huanan project was created by landscape design firm Qidi Design Group as part of a sales centre commissioned by property developer 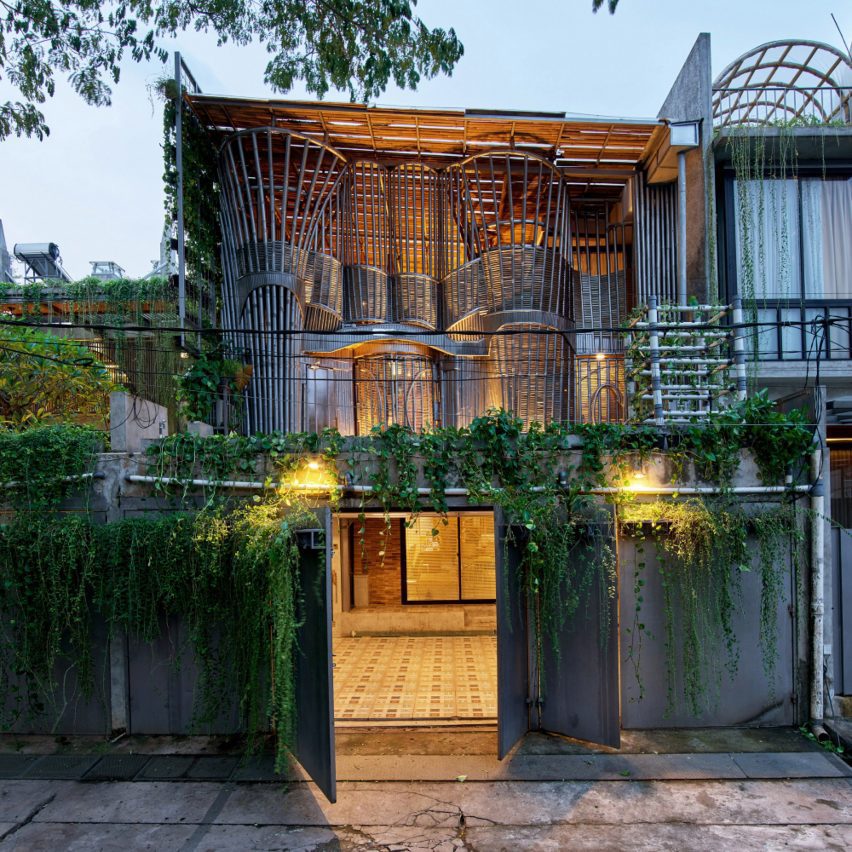 Indonesian studio RAW Architecture used local materials and traditional building techniques including bamboo construction to create a new studio adjoining a multipurpose building designed by its founder in Jakarta. The Guha project, which is shortlisted in the business building category of the Dezeen Awards 2021, involved the renovation of a building completed by RAW Architecture 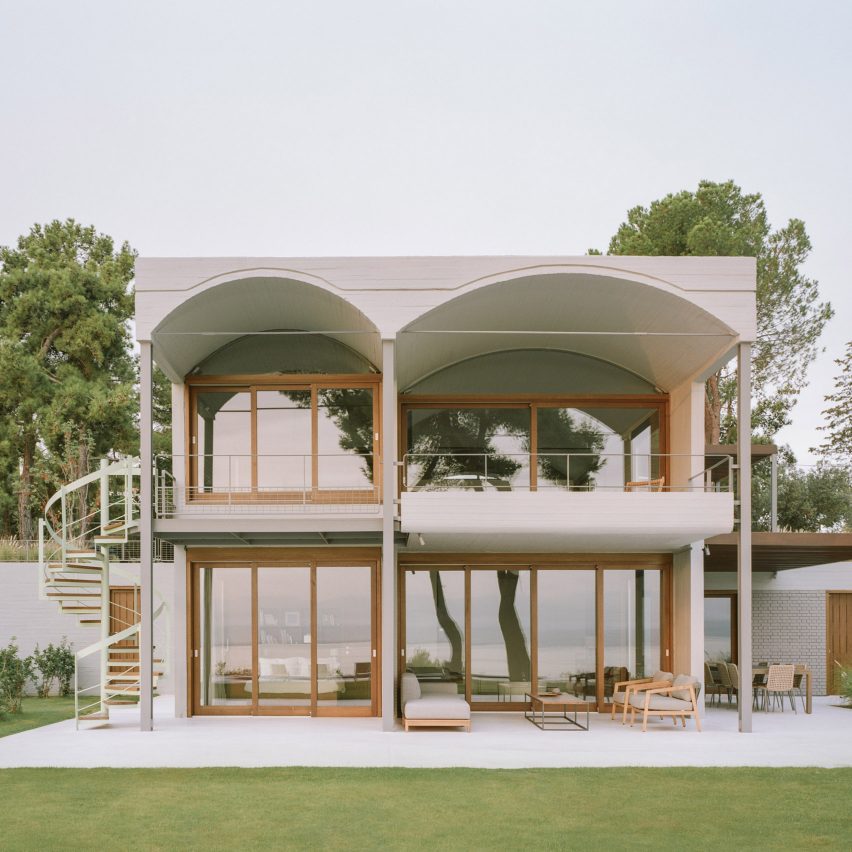 Architecture studio Neiheiser Argyros has overhauled a vacant 1970s villa on the Greek coast, which features a concrete roof with a pair of arches that frame views towards the sea. The dwelling, named St Minas House, is located north of Athens near the village of St Minas, where it sits on a tree-lined site that 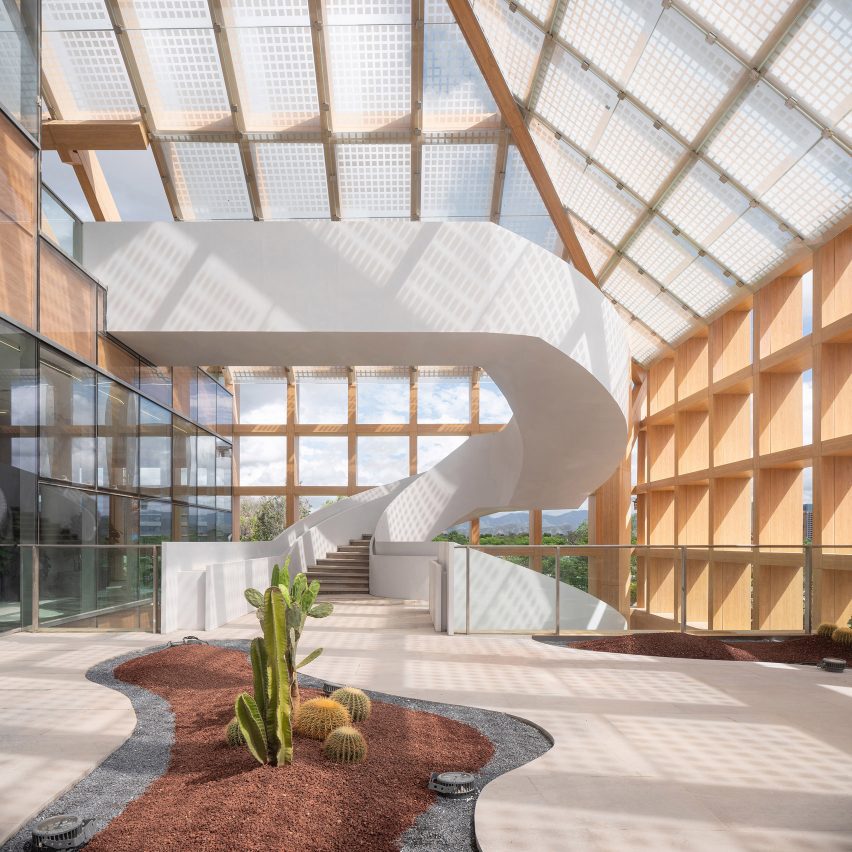 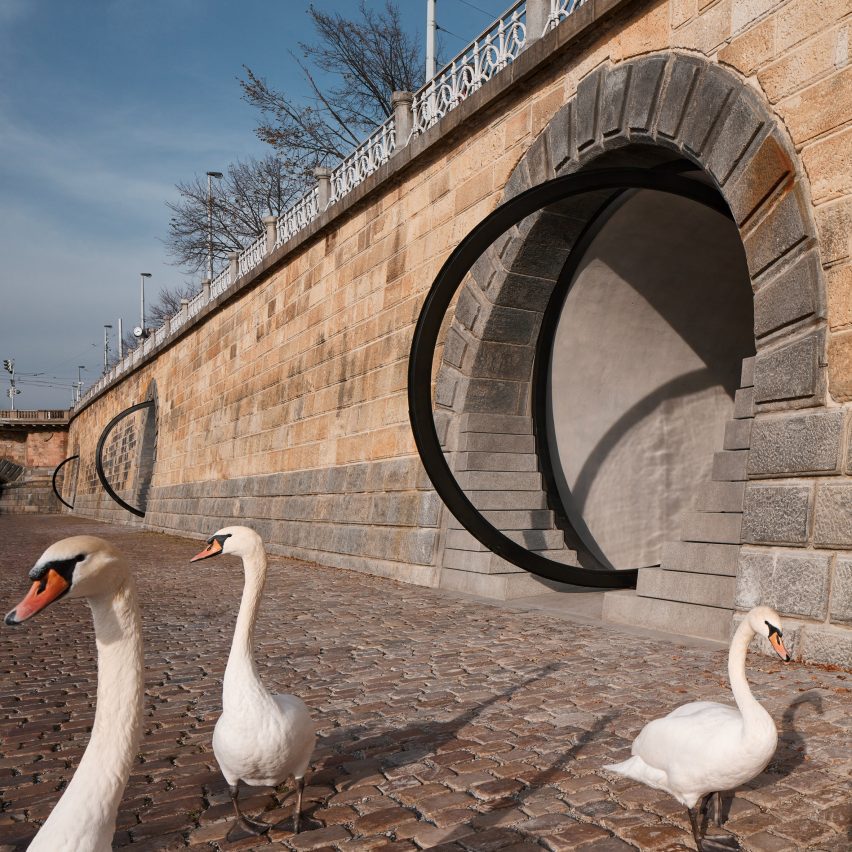 Architect Petr Janda has transformed a series of vaults on the banks of the Vltava River in Prague into versatile public spaces as part of a project aimed at revitalising the embankment. The project to transform approximately four kilometres of the Czech capital’s riverbank was initiated in 2009, by which time the former quayside had Architecture office VATRAA has reused bricks salvaged from the demolition of an existing sidewall to construct this extension to a Victorian house in north London. The owners of the house in the borough of Camden had lived in the property for 15 years before asking VATRAA to design a rear extension housing a new kitchen 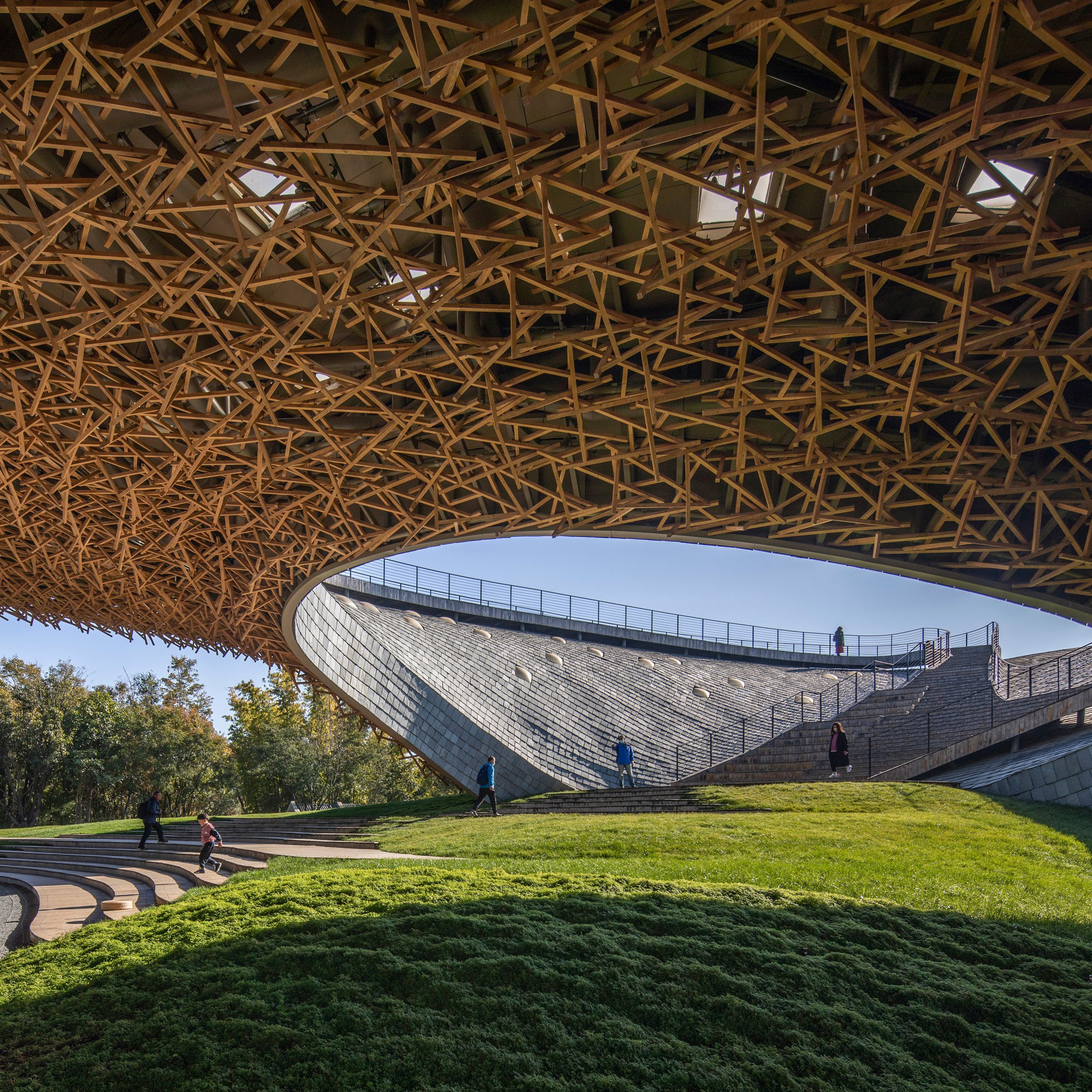 Architecture office Studio Zhu-Pei has completed a performing arts centre in the Chinese city of Dali featuring an undulating roof that incorporates viewing areas and seating. The arts facility was commissioned by local professional dancer Yang Liping for a site to the northeast of the city’s historic centre, where Beijing-based Studio Zhu-Pei has also designed Architect Martin Neruda has completed a single-storey house in the Czech town of Lanškroun featuring translucent polycarbonate walls that conceal living spaces arranged around a secluded garden. The property is located in a residential area of Lanškroun and was designed by Neruda to occupy the site of a demolished two-storey terraced house. The brief for

The post Martin Neruda incorporates “secret garden” at the heart of House in Lanškroun appeared first on Dezeen.