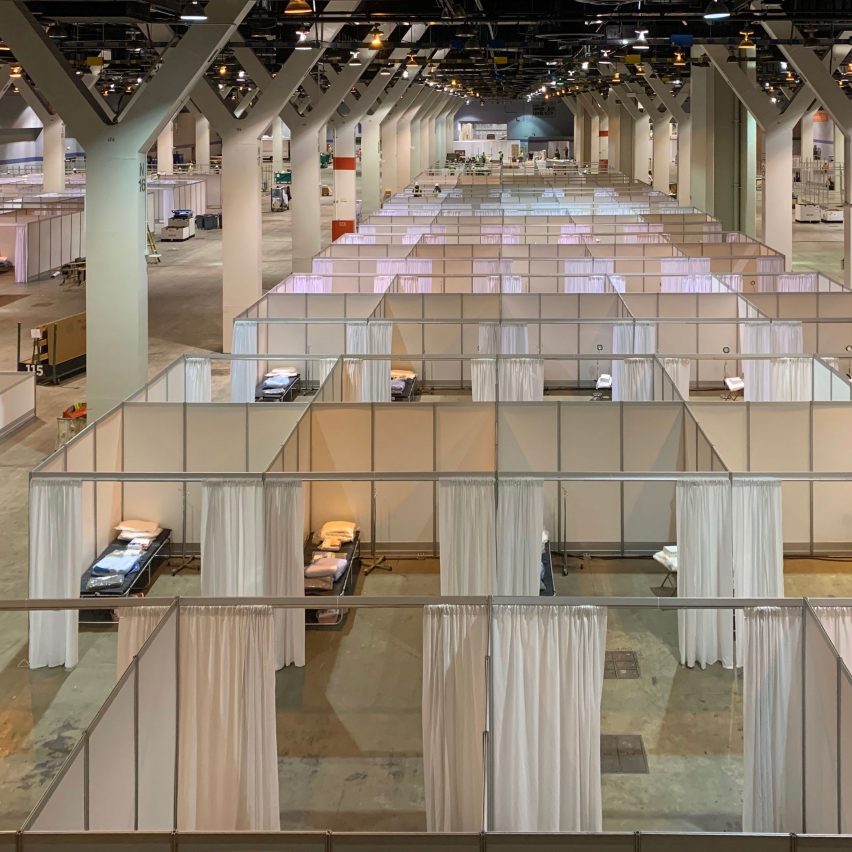 Convention centres that have been rapidly turned into facilities for coronavirus patients should not be called hospitals, says Doug King, the healthcare principal of Stantec, which has overseen the transformation of Chicago’s McCormick Place. Stantec worked with contractor Walsh Construction to turn three halls in the centre into an alternative care facility with 3000 beds.

The post “This is not a hospital” says architect behind conversion of McCormick Place appeared first on Dezeen. 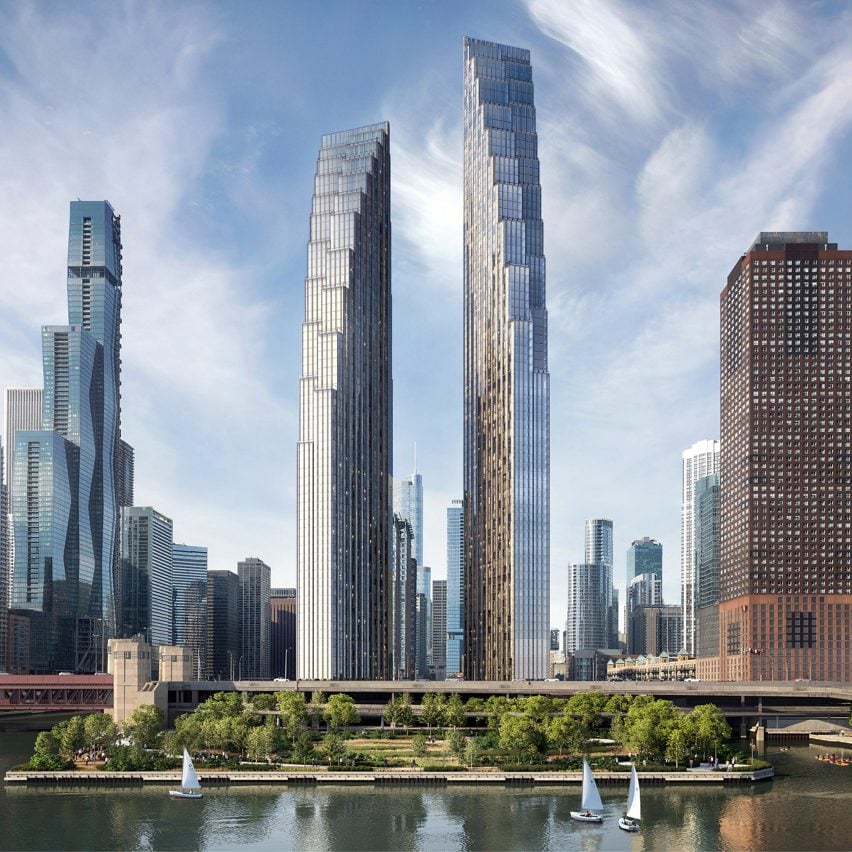 SOM’s David Childs has updated the design of a pair of towers proposed to occupy the site of Santiago Calatrava’s Chicago Spire. The amended plans come over a year after Chicago vice mayor Brendan Reilly halted Childs’ proposal for the “sister skyscrapers” on 400 Lake Shore Drive. The redesign alters the height of the two

In the recently completed Pretty Cool Ice Cream Shop in Chicago, Illinois, Tumu Studio created a sculptural tiered seating element for visitors of the shop to relax on. The curvy tiered seating makes use of the high ceilings by creating various heights for people to sit on, providing a view of the shop and the […] 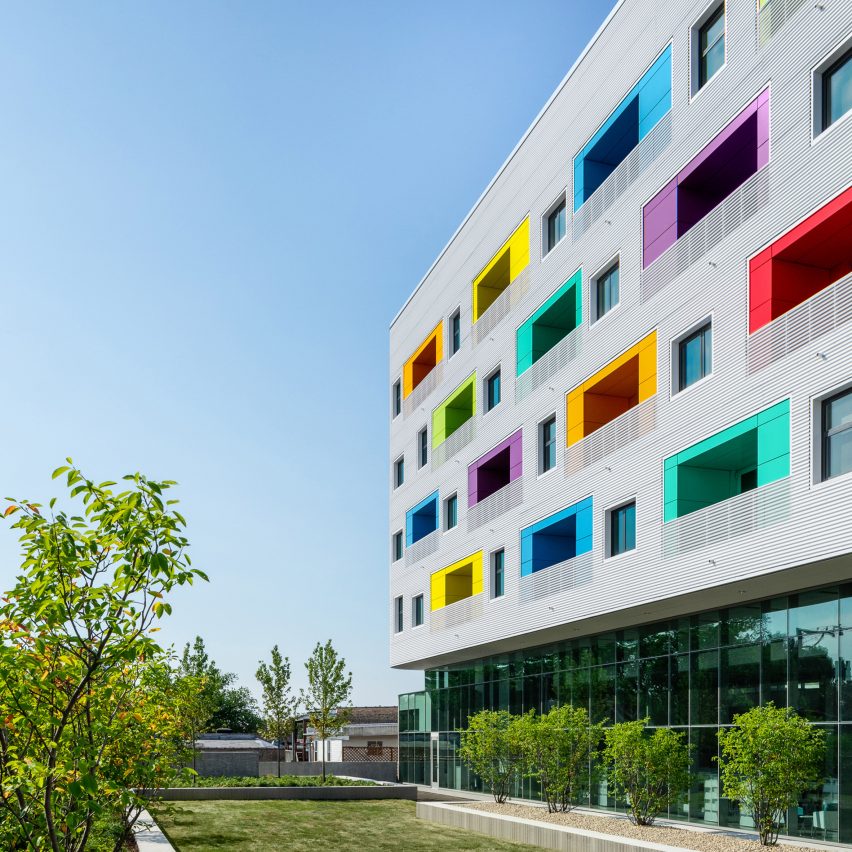 A spectrum of vivid hues were incorporated throughout a mixed-use building in Chicago by John Ronan Architects that contains a public library at ground level and low-cost senior housing up above. The Independence Library and Apartments are located in the Irving Park district on the city’s Northwest Side. The area features a mix of historic and

The post John Ronan creates affordable housing in Chicago with colourful balconies and a library appeared first on Dezeen. 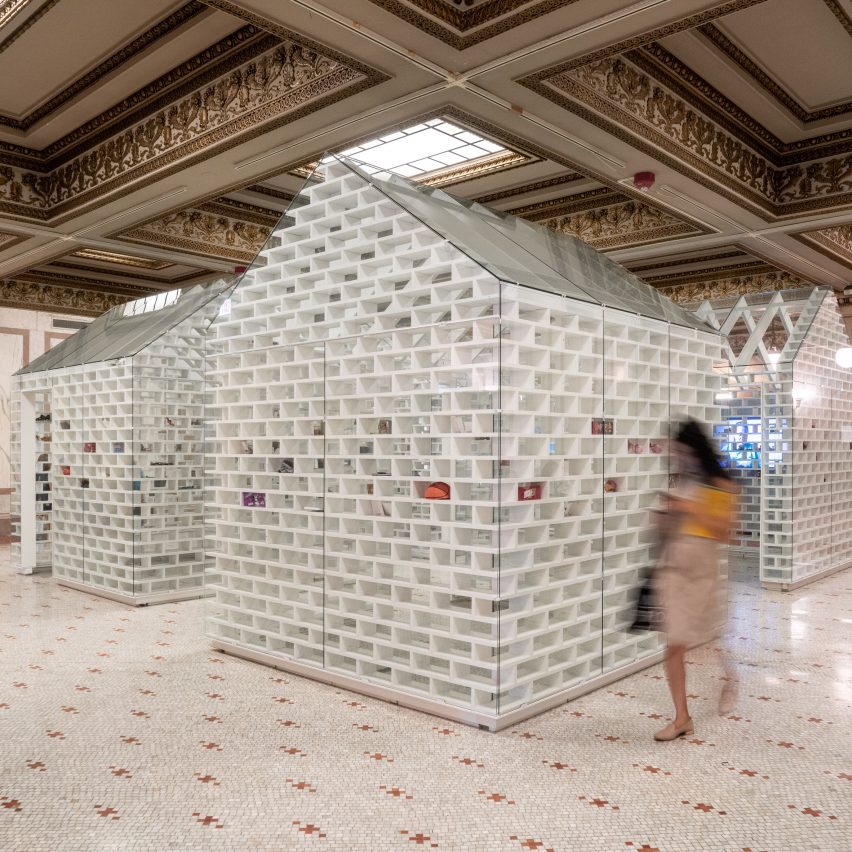 The Gun Violence Memorial Project at this year’s Chicago Architecture Biennial is an installation of houses filled with items belonging to victims of gun violence. Architecture and design collective MASS Design Group created the exhibit with conceptual artist Hank Willis Thomas, Chicago advocacy group Purpose Over Plain and Everytown for Gun Safety, a nonprofit that 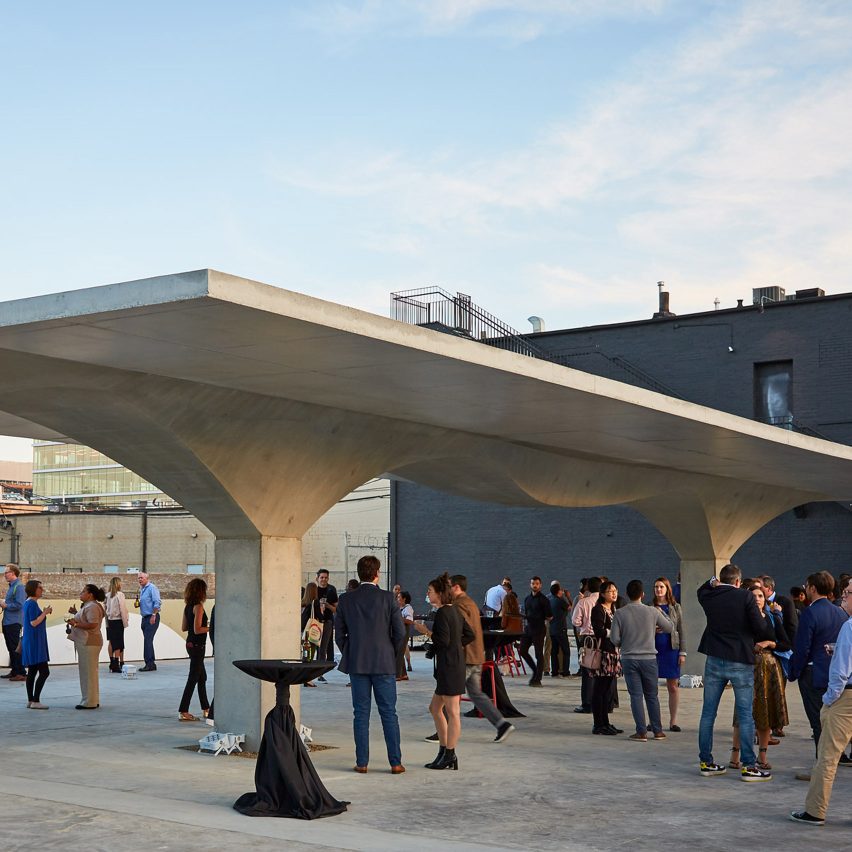 Two concrete columns hold up a curving concrete roof of this pavilion that architecture firm SOM has built using a method it says could reduce the carbon footprint of high-rise concrete buildings. Skidmore, Owings & Merrill (SOM) has erected the Stereoform Slab for this year’s Chicago Architecture Biennial in the city’s West Loop. The concrete 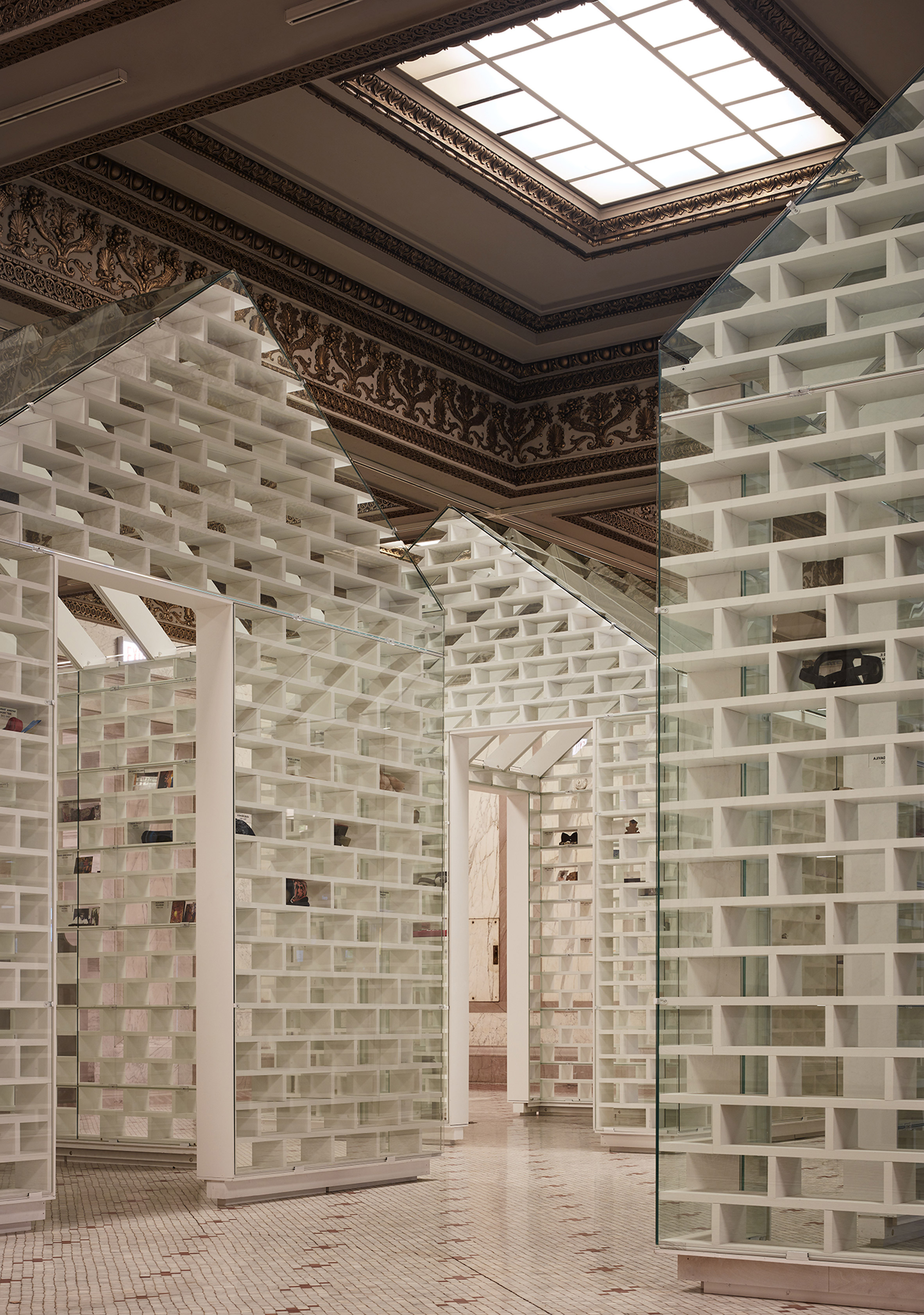 The artistic director of this year’s Chicago Architecture Biennial Yesomi Umolu has picked five highlights from the event, including a glass memorial dedicated to victims of gun violence victims and a small cinema set that explores race and gender in 20th-century. Umolu and co-curators Sepake Angiama and Paulo Tavares developed the 2019 Chicago Architecture Biennial,

The post Five installations and exhibits not to miss at Chicago Architecture Biennial 2019 appeared first on Dezeen. 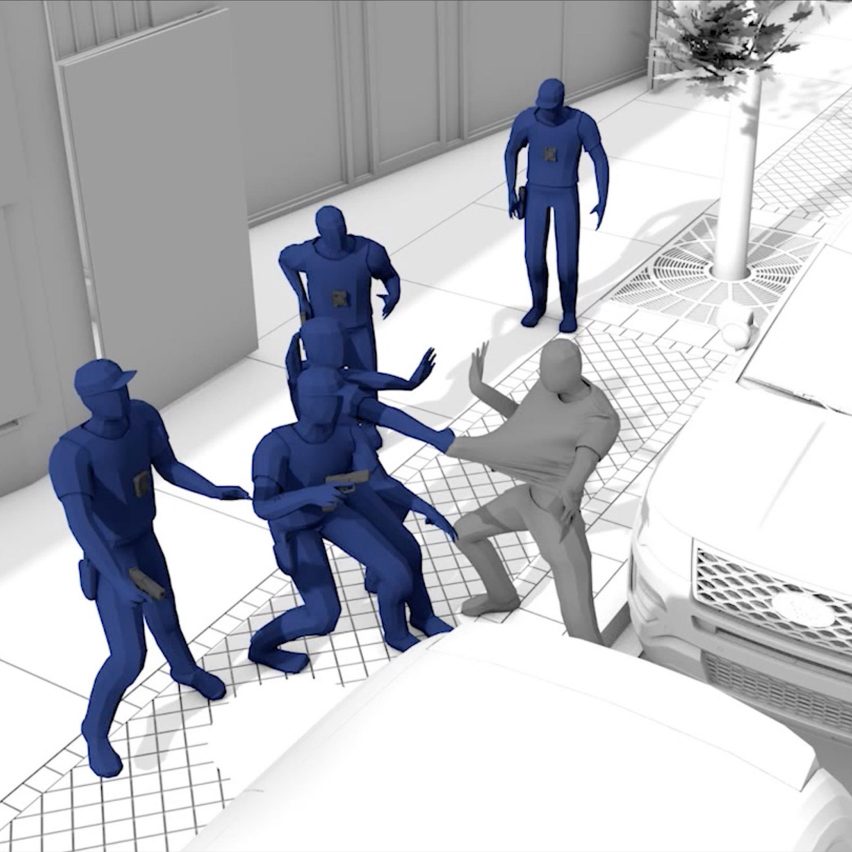 Forensic Architecture and Invisible Institute have created six videos that investigate the police’s killing of African-American barber Harith Augustus for this year’s Chicago Architecture Biennial. Turner Prize-shortlisted research group Forensic Architecture teamed up with Chicago’s Invisible Institute to investigate the death of Augustus – a 37-year-old African-American barber who was shot dead by the Chicago Police 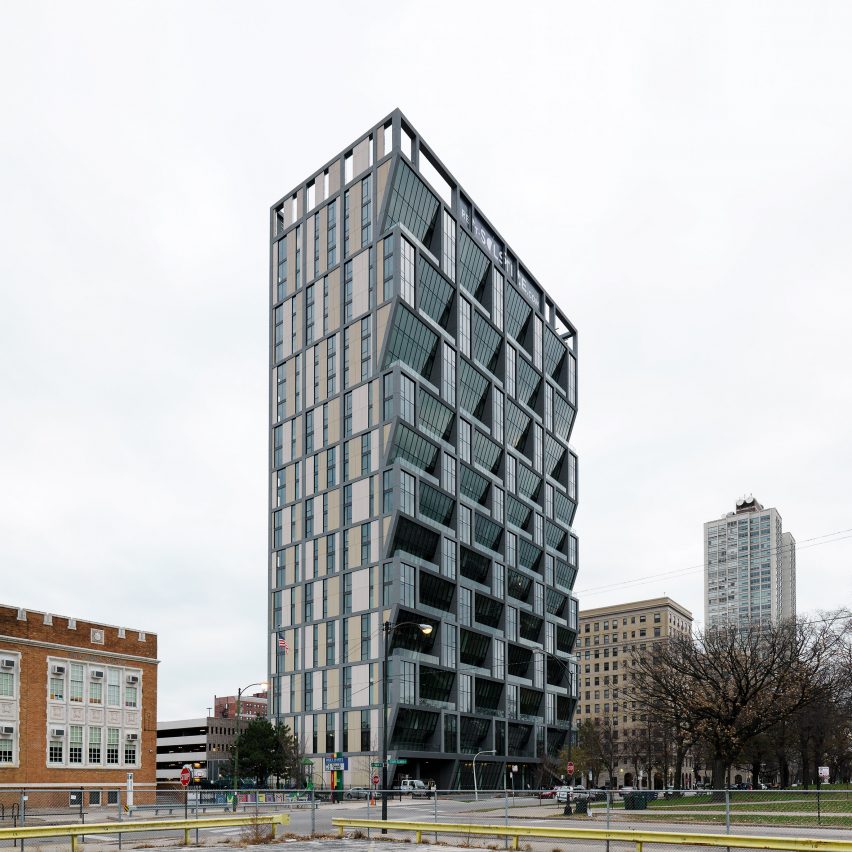 Dezeen promotion: materials developer Rieder has clad the facades of Solstice on the Park, a residential tower in Chicago designed by Studio Gang, in modular concrete panels. The tower, clad by Rieder, is named Solstice on the Park due to the distinctive angular forms cut from its south, park-facing facade. The form of the building has 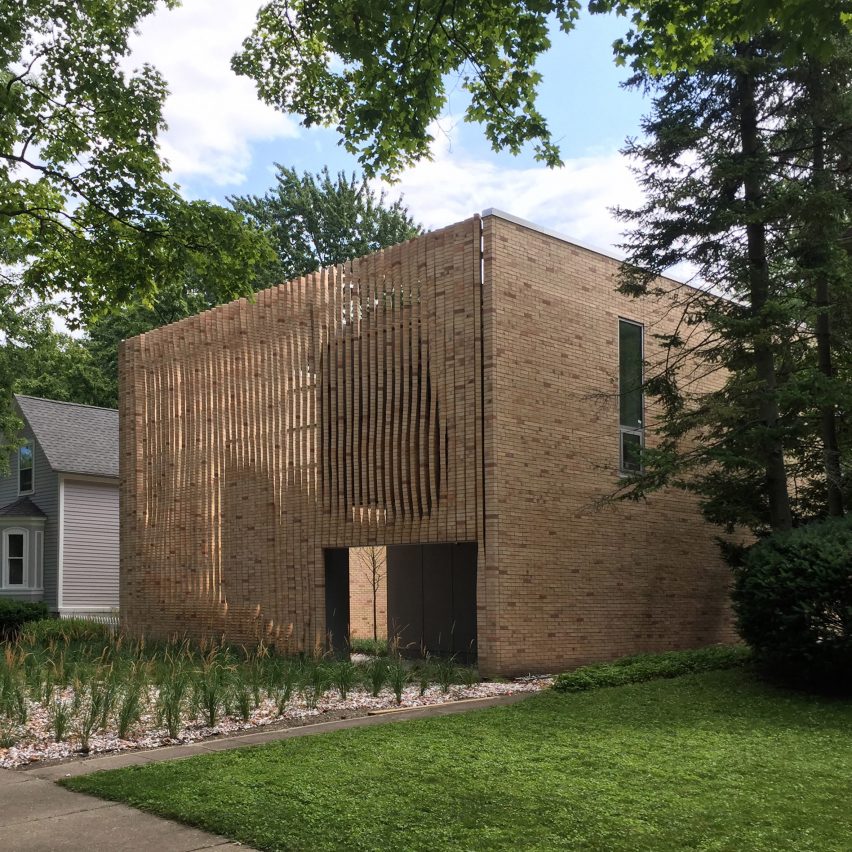 American firms Brooks + Scarpa and Studio Dwell have created a suburban Chicago home with an inner courtyard  screened from the road by “vertical twisting columns” of brick. The Thayer Brick House sits on a leafy street in Evanston, a college town just north of Chicago. Designed for an investment banker, the dwelling occupies a

The post Thayer Brick House is hidden behind a brick screen appeared first on Dezeen.