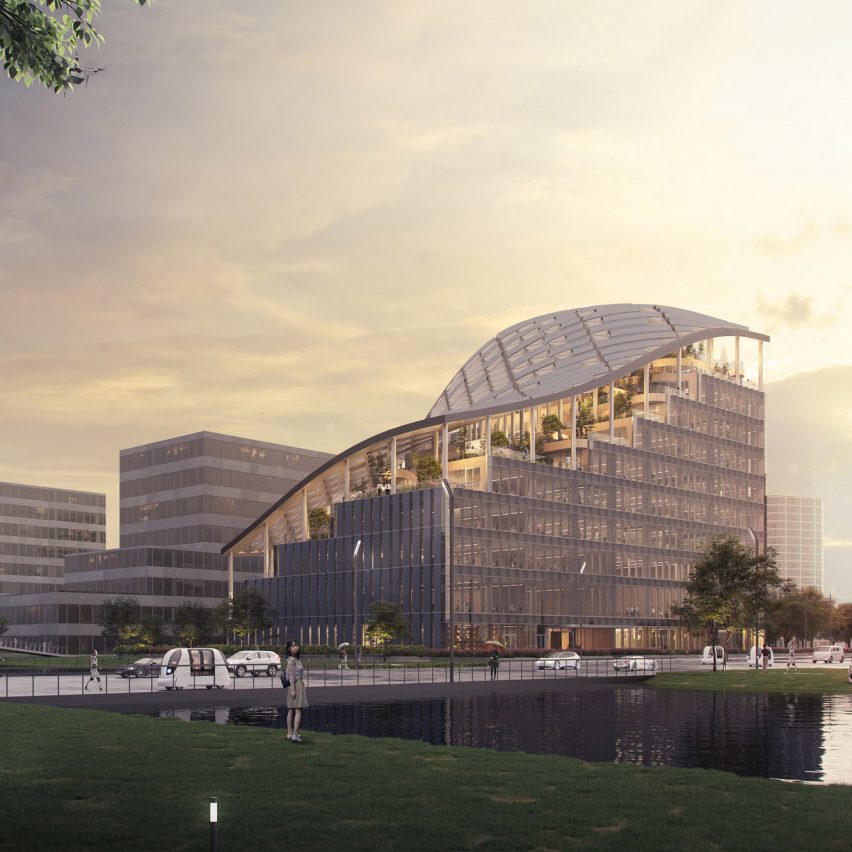 Dutch architecture studio MVRDV has released designs for a terraced office block clad in solar panels for Chinese agriculture development company Lankuaikei Agriculture Development. Located lakeside in Lingang New Town, Shanghai, the building will feature a “technological” roof that will follow the shape of its 11 stepped storeys. The northern part of the roof is 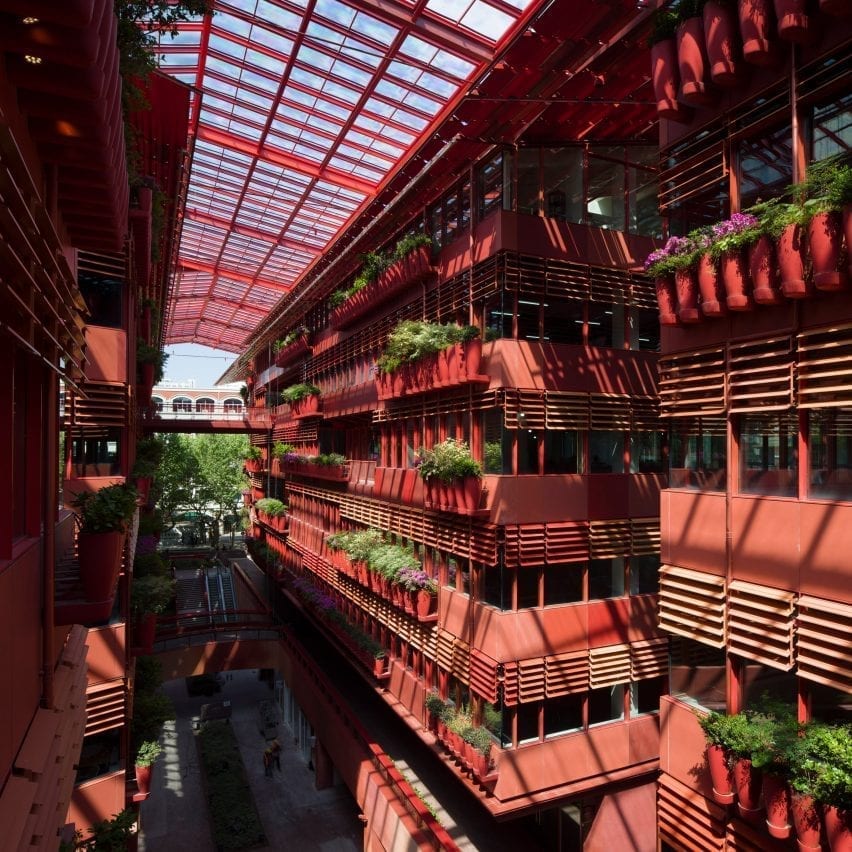 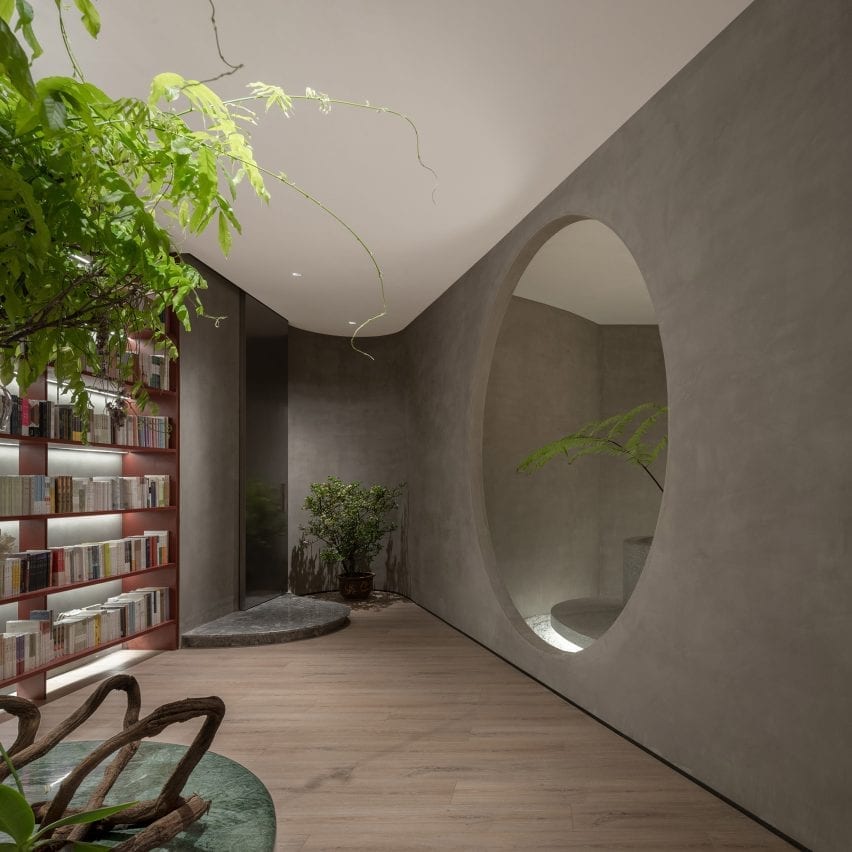 Bookshelves made from perforated aluminium and quartz stone double as partition walls in this maze-like Shanghai bookstore by local architecture studio Wutopia Lab. The 452-square-metre bookstore, which opened last month, is located at the base of a recently completed brick-red office block called Cifi Xintiandi (which translates as “The Roof”) by Ateliers Jean Nouvel. The 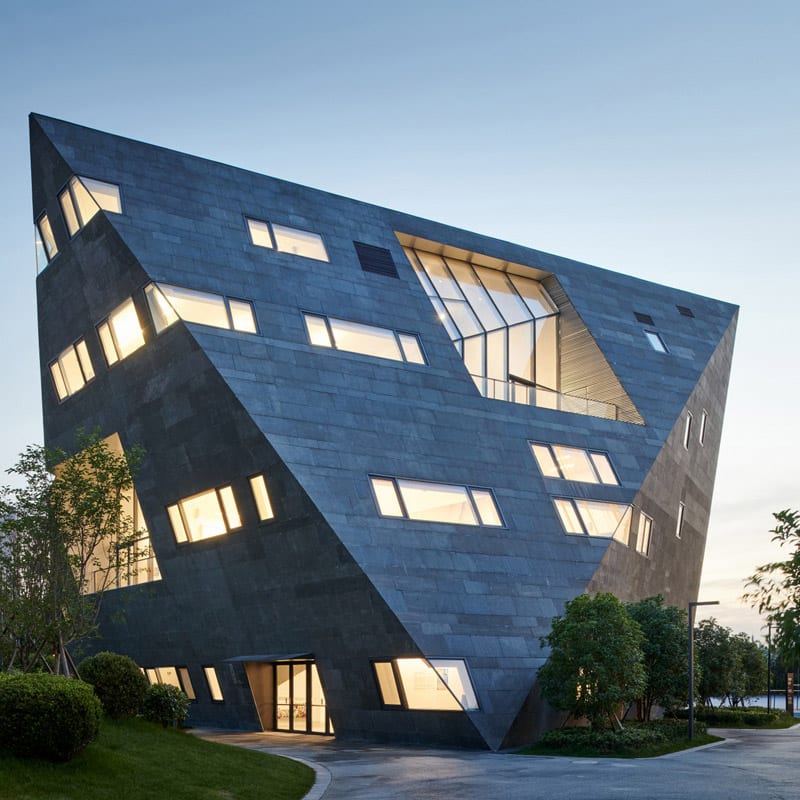 An eclectic mix of buildings form the Shanghai Qingpu Pinghe International School, designed by Chinese studio Open Architecture to promote a richer and more varied learning experience. Open Architecture co-founder Huang Wenjing told Dezeen the aim was to find an alternative to the “school-as megastructure” model, which has become particularly prevalent in China. Instead of

The post Open Architecture designs Shanghai school to be more like a village than a megastructure appeared first on Dezeen. 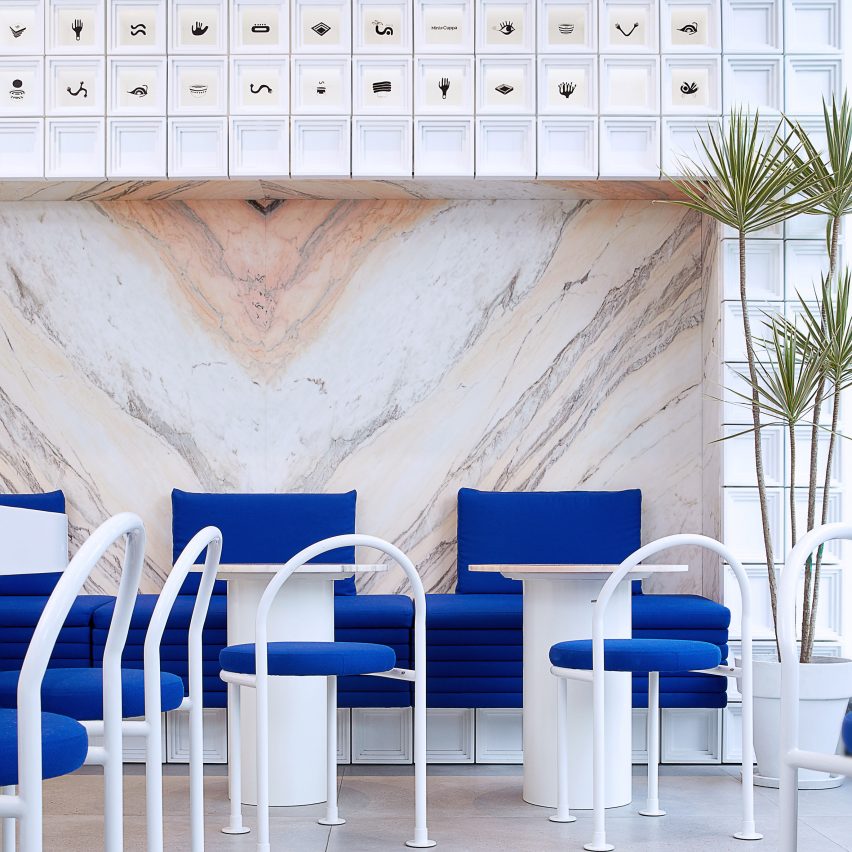 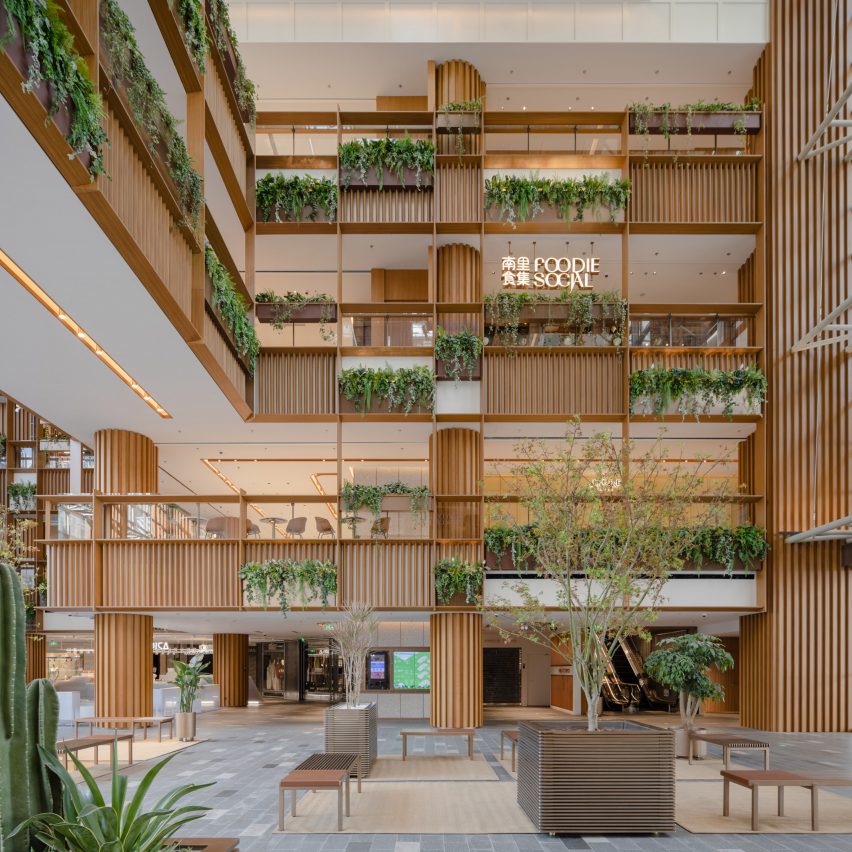 Shopping centres don’t have to “bright, white and shiny” according to AIM Architecture, which has transformed the Xintiandi mall in Shanghai by adding natural materials and plants. The previously underused atrium has been reimagined in the spirit of a garden plaza, with wooden surfaces, plants hanging down from the balconies and natural light filtering in from above. 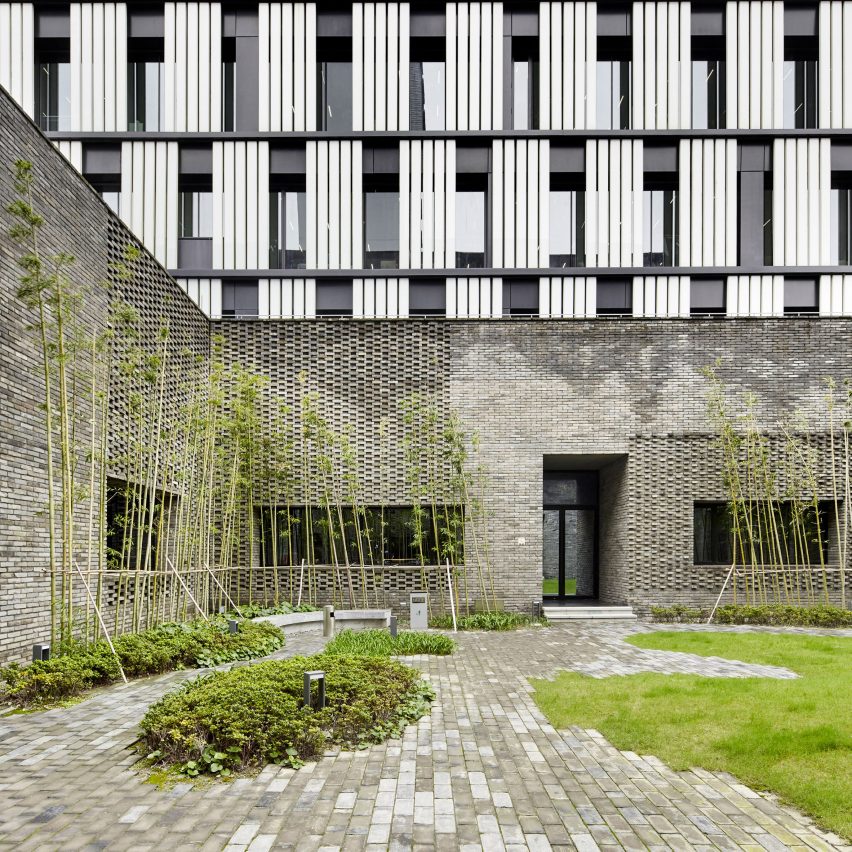 A podium made of recycled grey bricks links three clean-cut office blocks on the campus that Neri&Hu has created for elevator manufacturer Schindler in Shanghai, China. Named Schindler City, the 32,400-square-metre complex in the Jiading district unites all of the company’s departments in one place, having previously been scattered throughout Shanghai. The campus comprises offices, 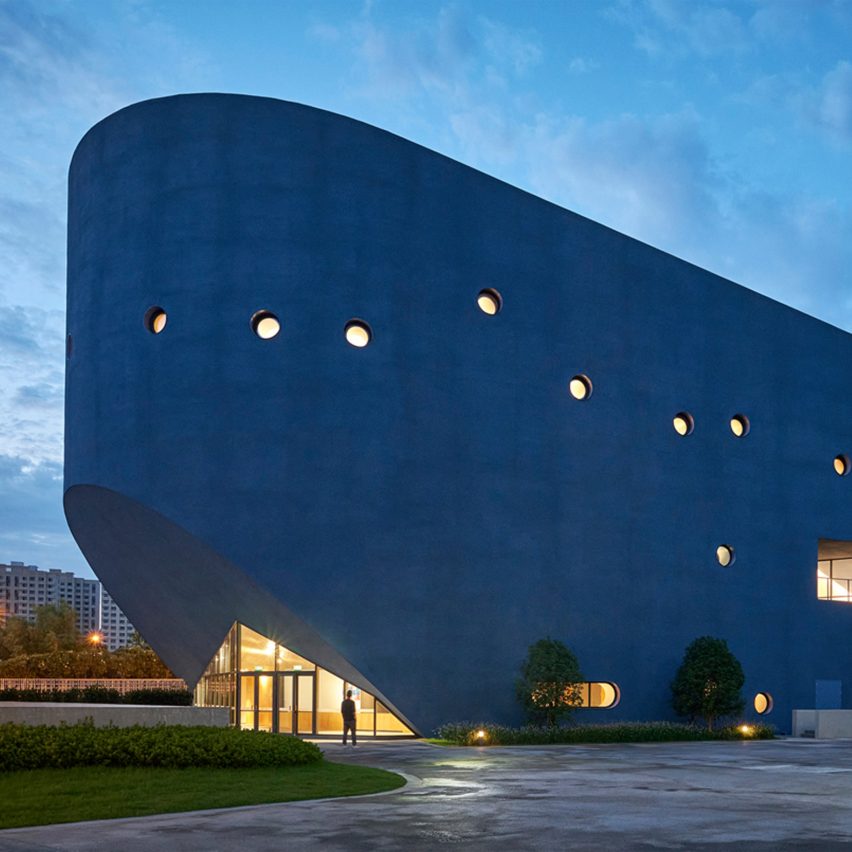 Chinese studio Open Architecture has designed a theatre and library at the Shanghai Qingpu Pinghe International School China within a blue-coloured building that resembles a whale. Named the Pinghe Bibliotheater, the building was designed by Open Architecture to combine two theatres with a library in one structure that would be a visual marker for the international school 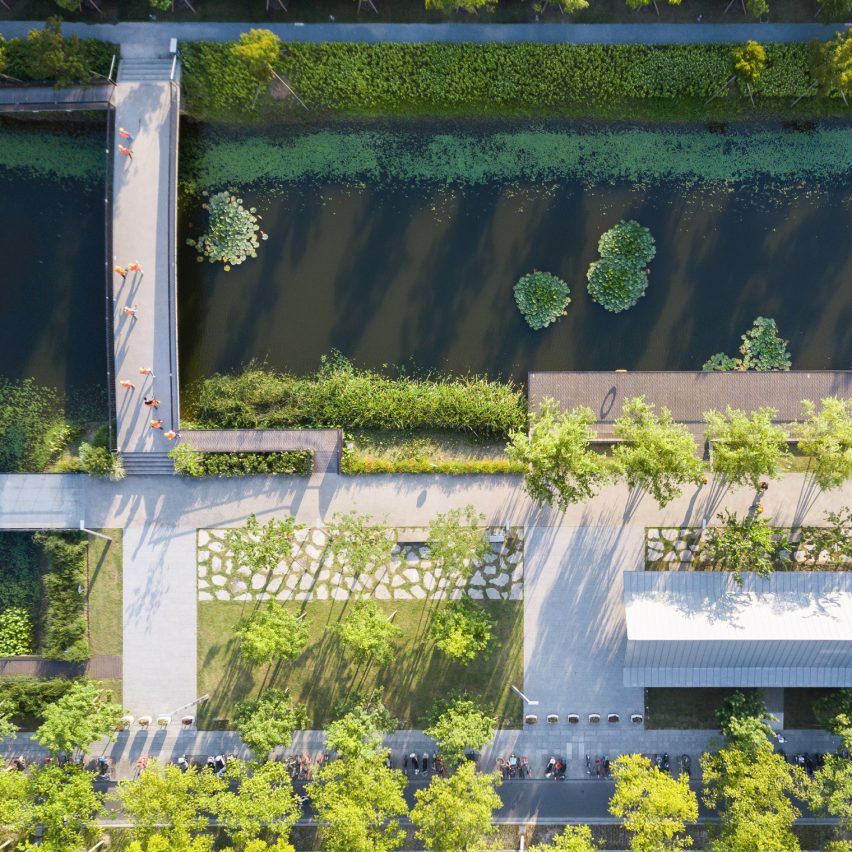 Architecture studio Sasaki has created an expansive linear park on the site of the runway for the former Longhua Airport in the Xuhui riverfront area of Shanghai. The 1,830-metre-long park was built on the site of the runway of Longhua Airport, which was Shanghai’s only civilian airport until 1949 and closed in 2011. “Xuhui Runway Park is an innovative urban revitalization project 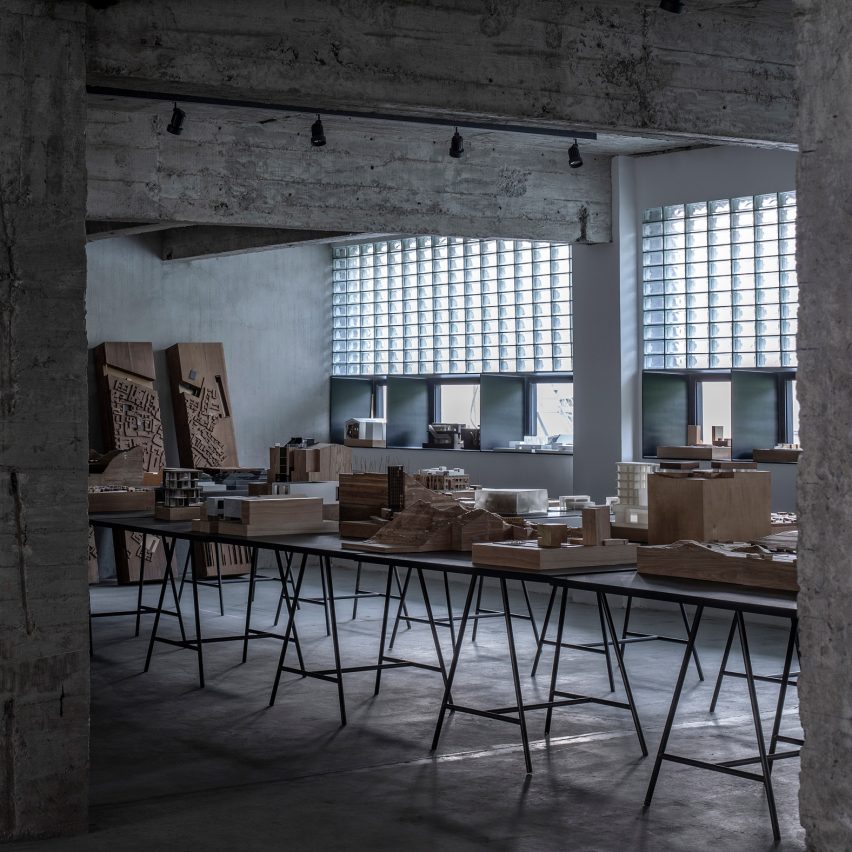 The post Neri&Hu embody ethos of “reflective nostalgia” with own architecture studio in Shanghai appeared first on Dezeen.