Dark clay panels and light green tiles cover the cross-laminated timber structure of this holiday home created by Murmuur Architecten for a spot in the Flemish Ardennes countryside. 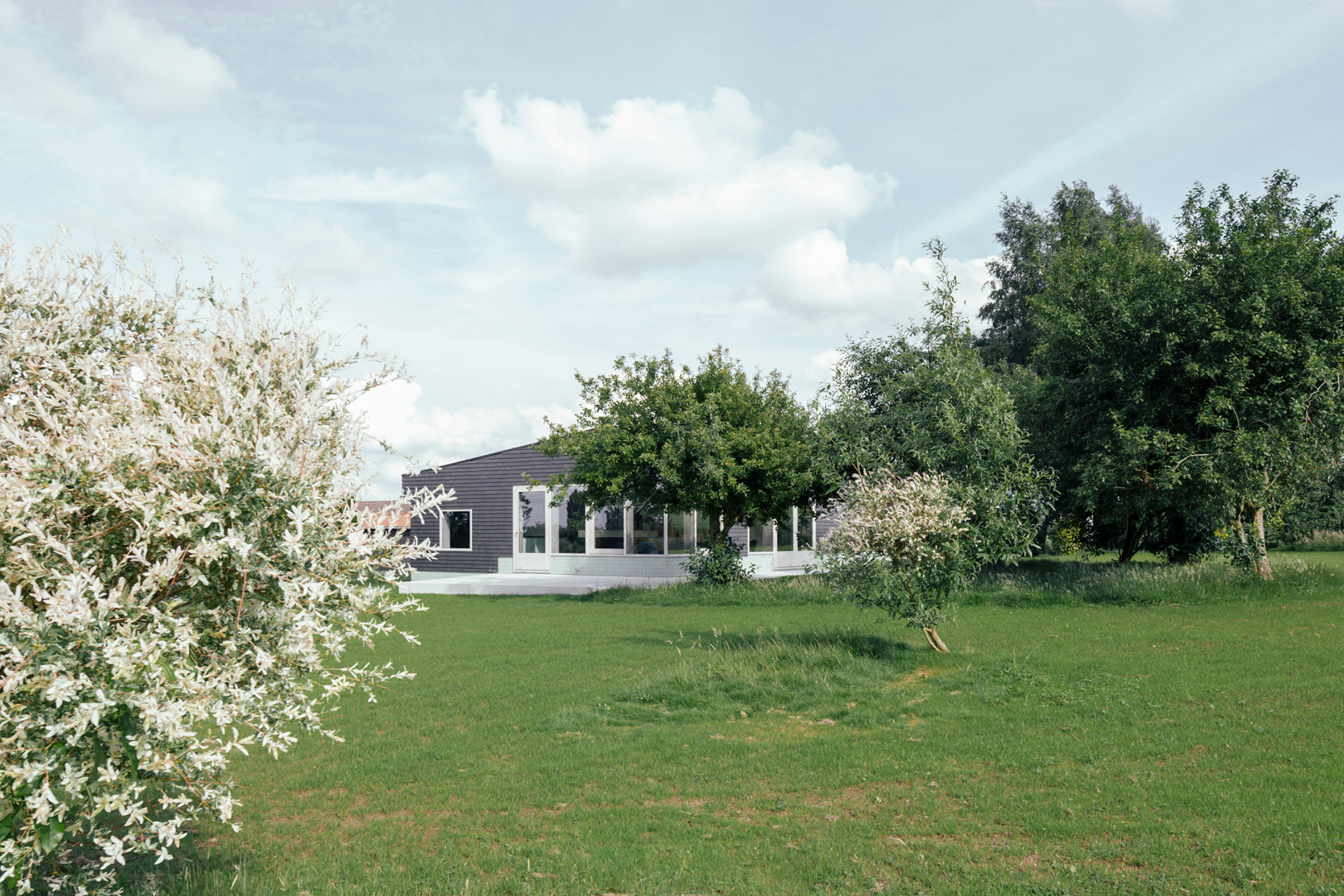 The structure is built from cross-laminated timber – a strong type of engineered wood that is becoming increasingly popular thanks to its sustainable credentials. 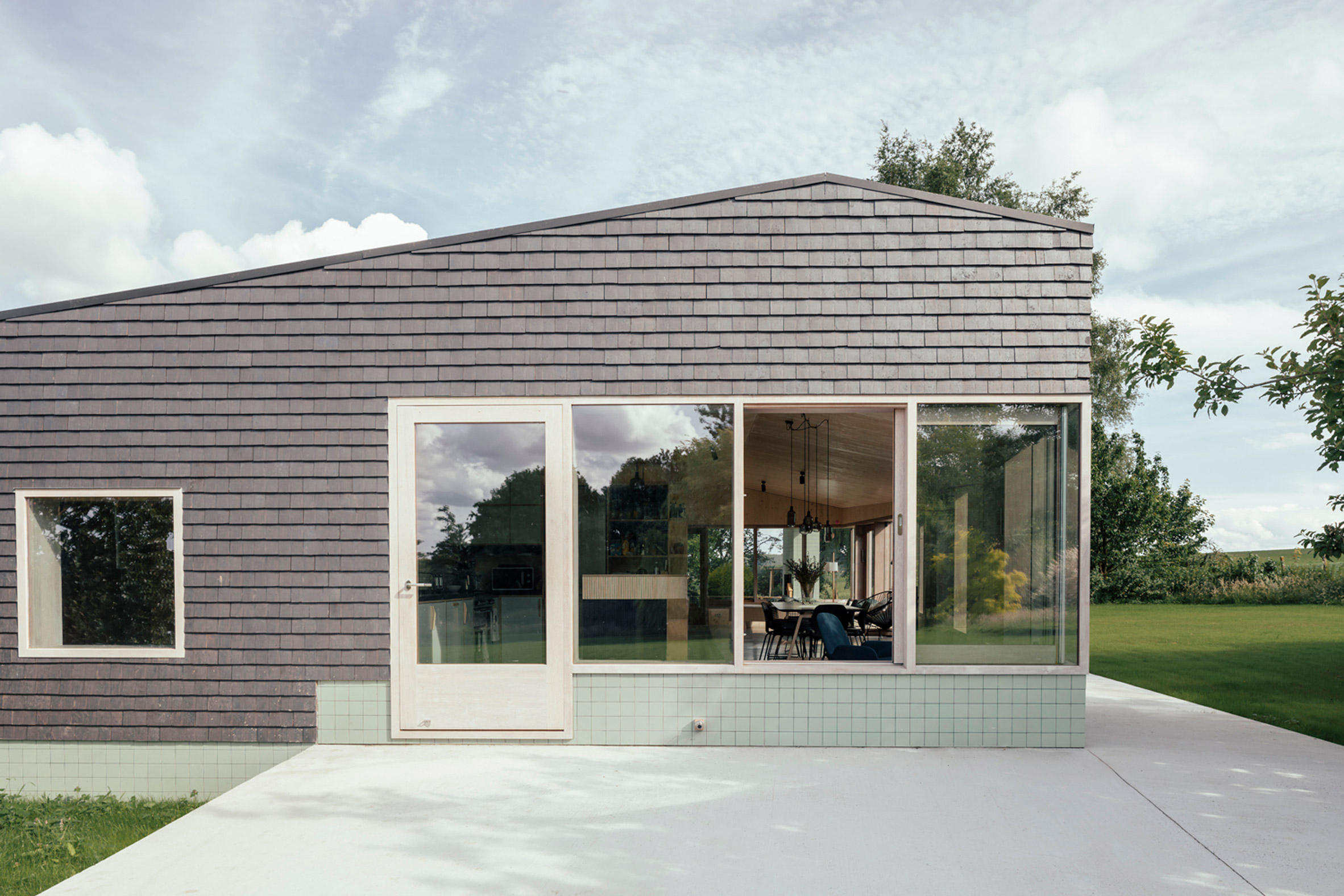 The building is set among mature trees and partially concealed by the the crest of a grassy hill.

Grey tiles cover the upper portion of the low-lying building, while a strip of light green tiles runs around its base. The gently sloping roof is covered in sedum. 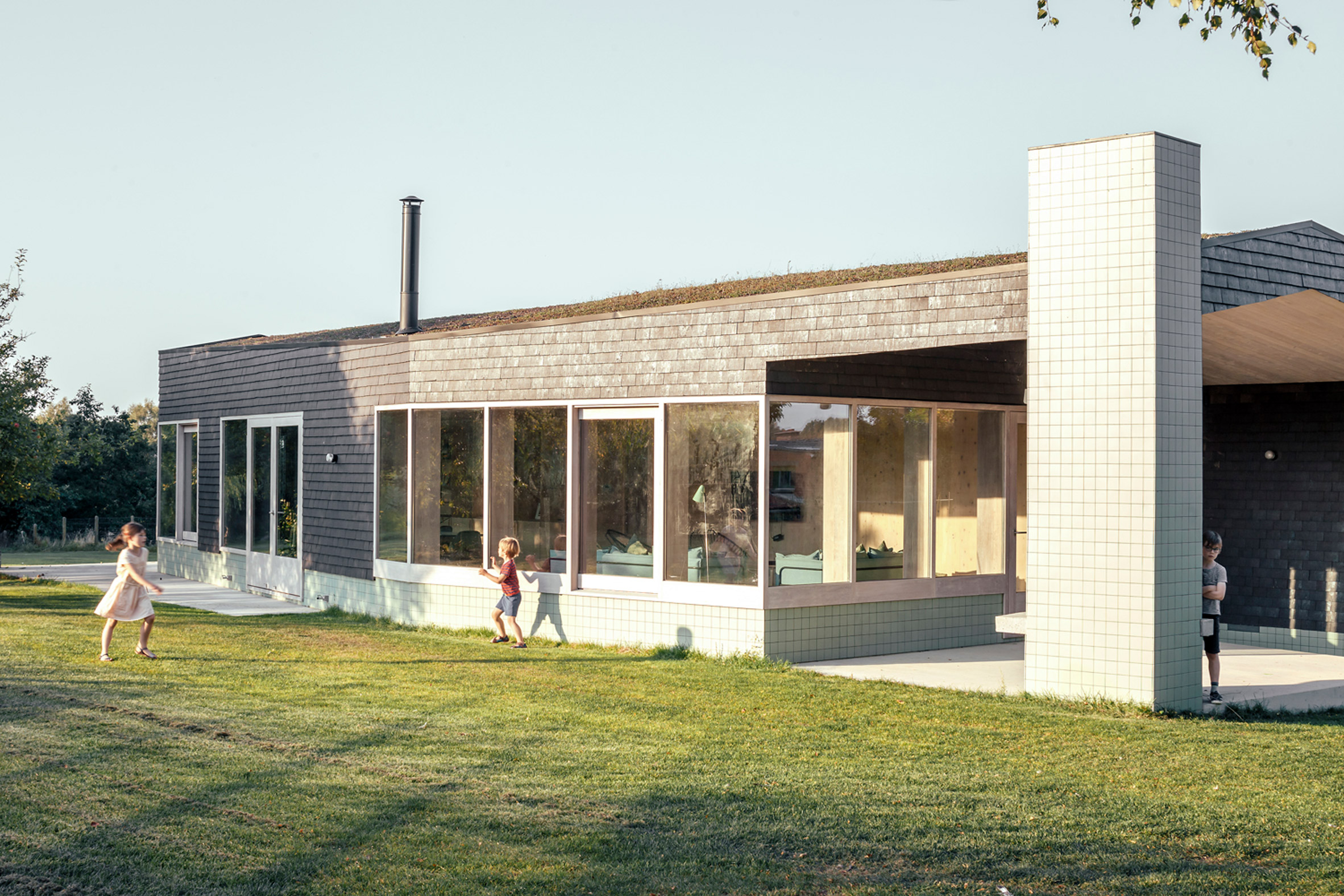 “We placed the volume carefully between the mature trees in the old garden, and folded the facade along lines of sight and orientation so plants can grow close to these walls,” said the architects, who included large windows in the facades to take advantage of the views. 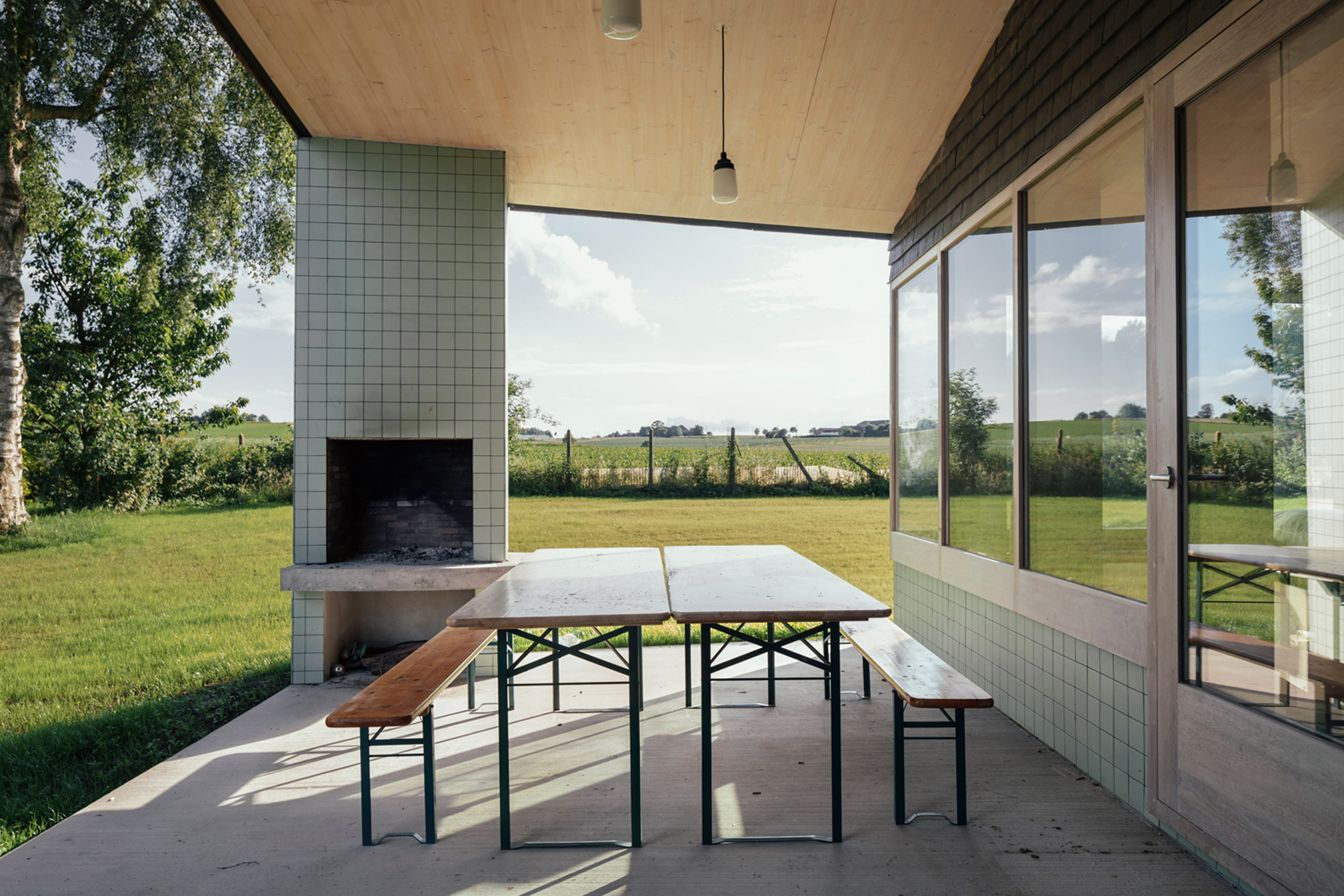 An outdoor fireplace is integrated into a tiled column supporting the roof of a terrace to the southeast of the house, offering residents a warm, sheltered spot to sit and admire the scenery throughout the year. 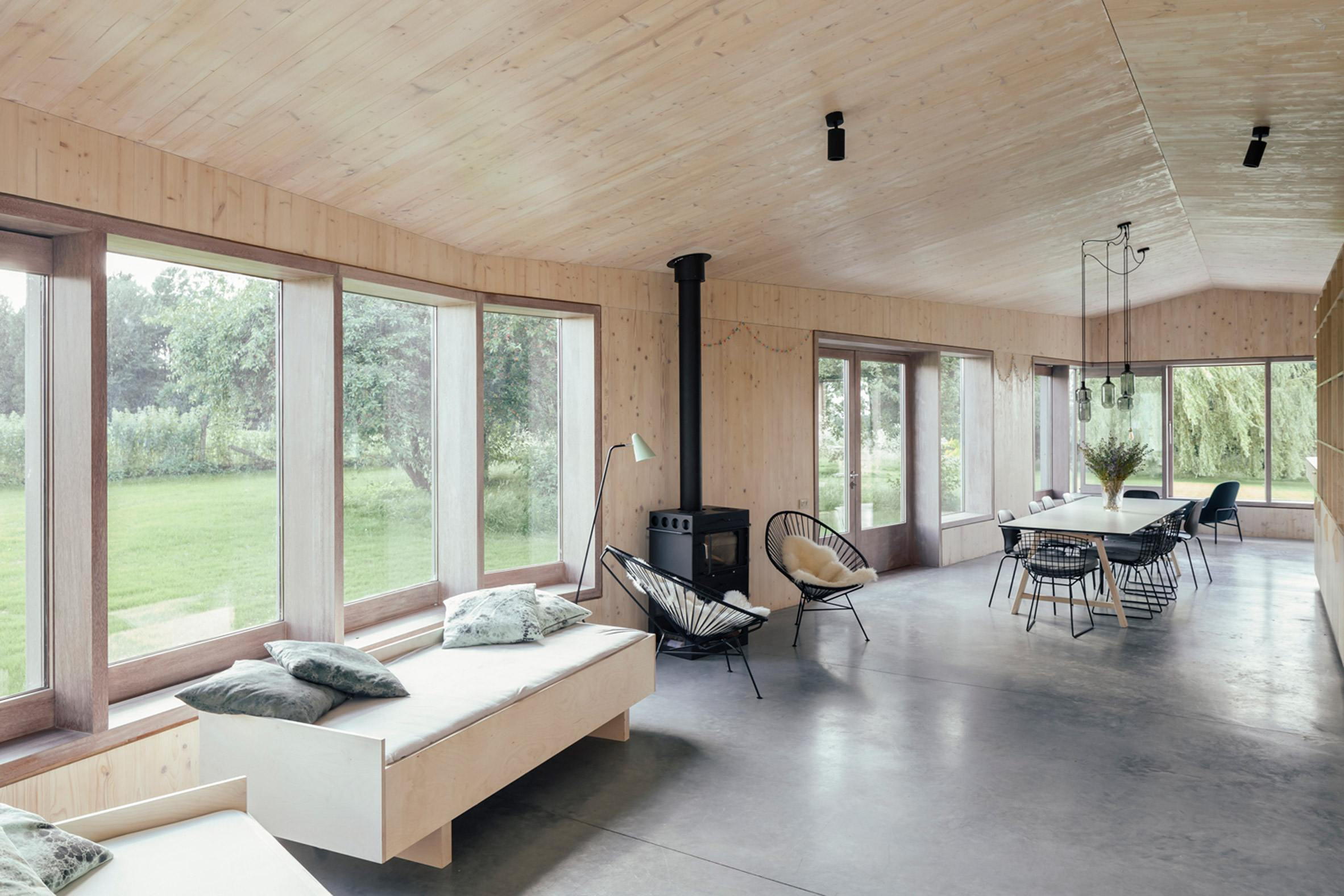 Immediately to its rear is a large open-plan living space with windows that face out onto a lawn.

Bedrooms are set at a slightly lower level at the back of the house, indicated by the irregularly pitched roof. 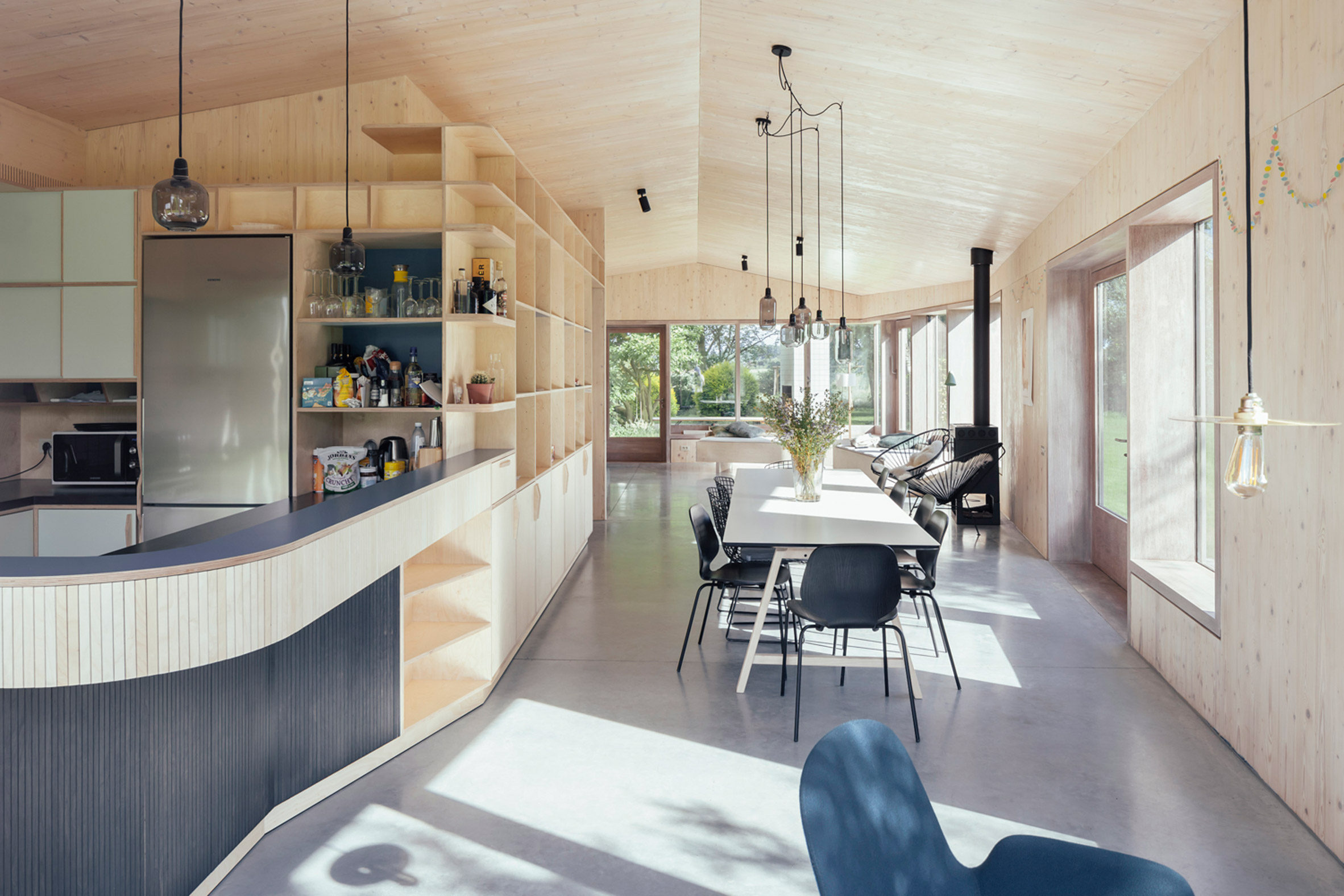 “The bedrooms lie a few steps lower; the roof follows this movement so that it looks as if the house has been shifted in the relief of the site,” said the studio. 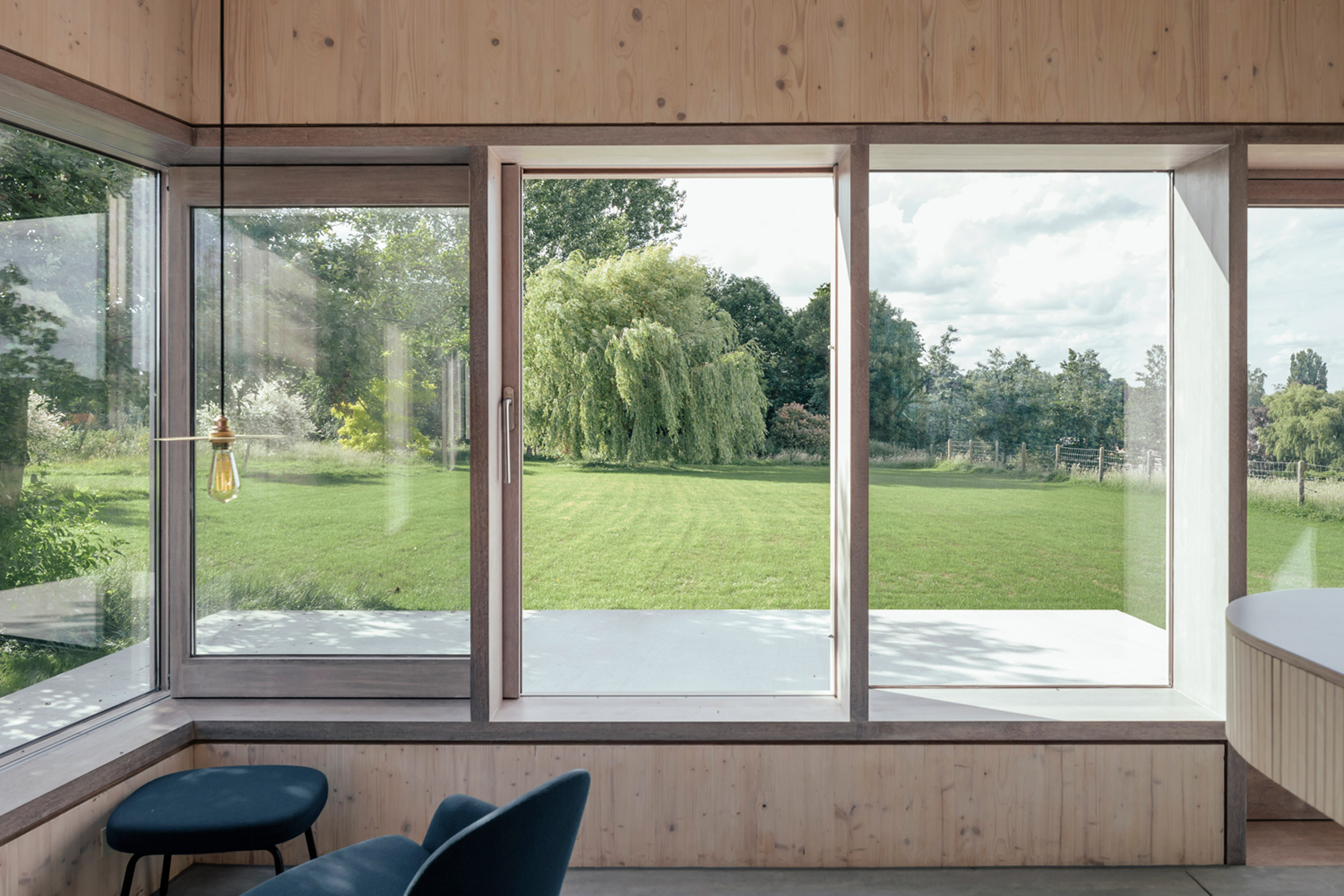 The interior is lined in planks of light-coloured wood, contrasting with the muted tones of the facade. The space is flooded with natural light by the abundant glazing. 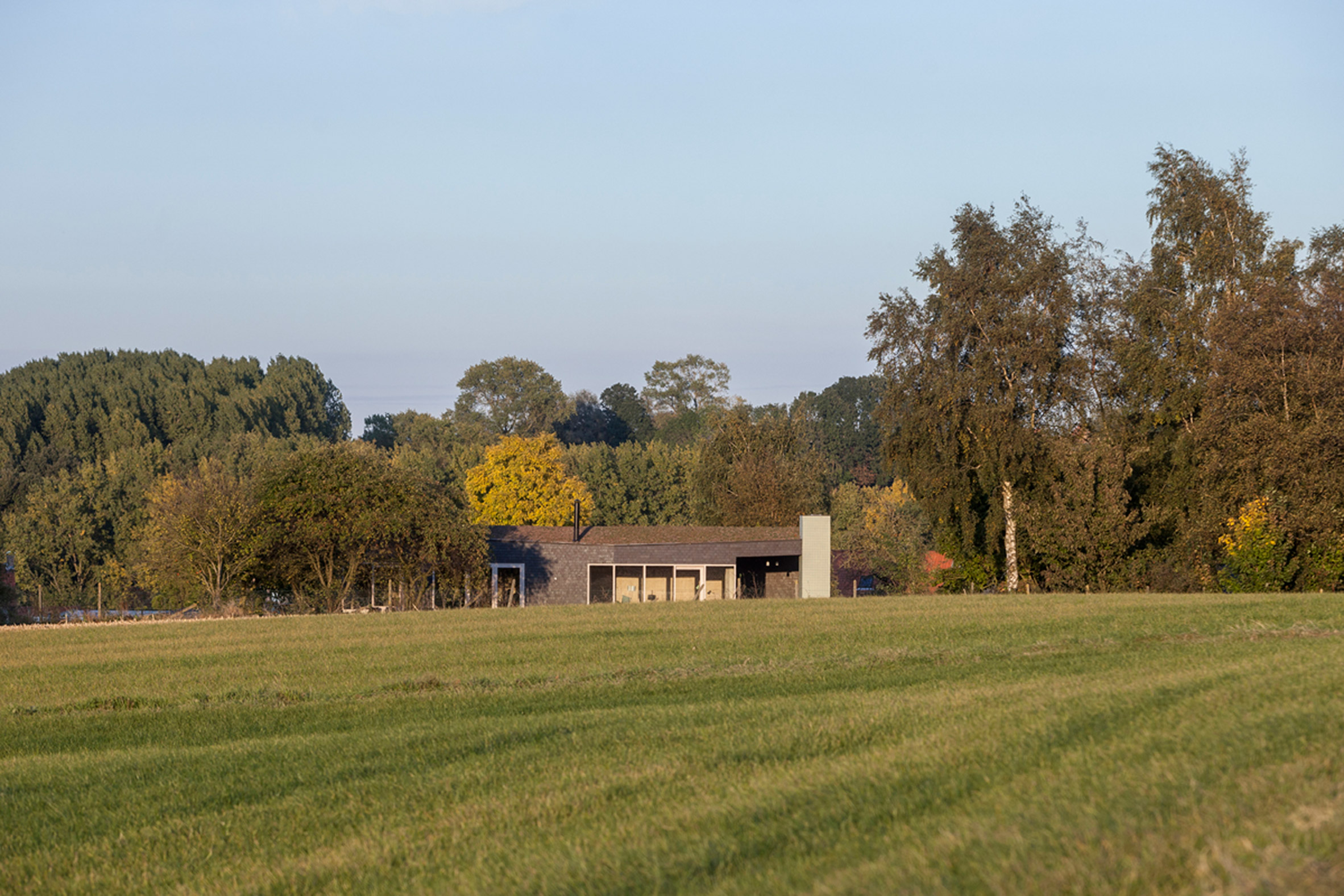 Corner windows were introduced to offer diagonal views through the house. Their chunky wooden frames create niches that double as casual seating. 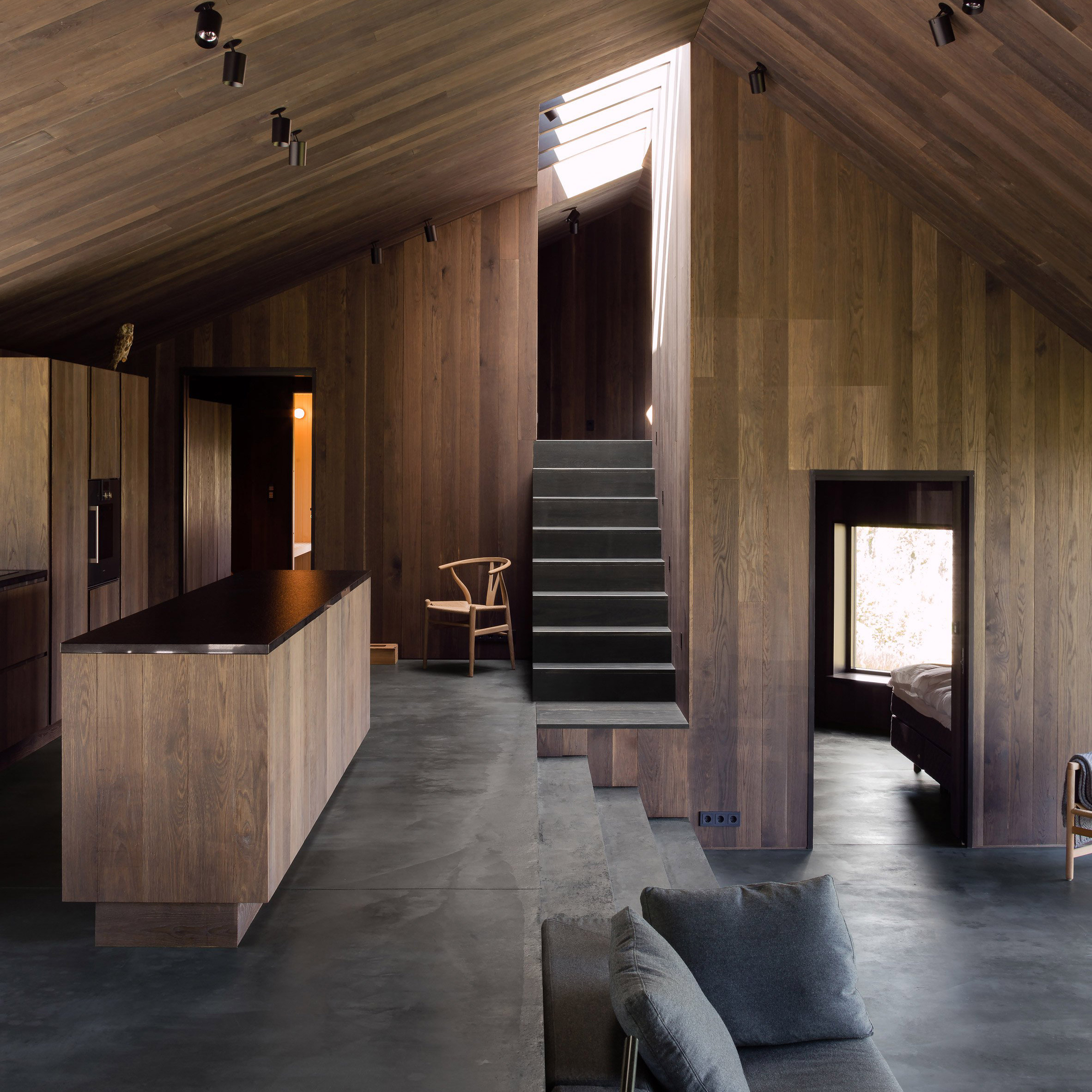 Other rural retreats include a blackened timber and concrete holiday home at a Norwegian ski resort, and a larch and glass house in England’s New Forest designed as a weekend escape for a London-based family.

Photography is by Thomas Min and Dennis De Smet.