Zaha Hadid Architects has completed the new mathematics gallery for London’s Science Museum, which is modelled on a wind tunnel for a 1920s plane.

The Mathematics: The Winton Gallery at the Science Museum in South Kensington is the first UK project by Zaha Hadid Architects to open its doors since the firm’s figurehead died earlier this year.

The gallery was created to host over 100 objects from the museum’s science, technology, engineering and mathematics collections. These objects show how mathematics impacts the world, from trade to travel and architectural form.

Suspended from the ceiling is a 1929 Handley Page Gugnunc aircraft – the inspiration for the gallery’s design.

Huge three-dimensional curls form a canopy over the space, based on the air flows that would have surrounded the aircraft in flight. The translucent, undulating forms are illuminated by violet light.

The Gugnunc’s wing design was influenced by pioneering aerodynamic research, and is used in the gallery to illustrate how mathematics can be used to solve practical issues.

“Conceived as a wind tunnel for the largest object in the gallery – a Handley Page aircraft from 1929  – the space follows the lines of airflow around it in a stunning display of imagined aerodynamics,” said a statement from ZHA.

“Inspired by the Handley Page aircraft, the design is driven by equations of airflow used in the aviation industry.”

Zaha Hadid – who ranked number one in the Dezeen Hot List – studied mathematics at the American University of Beirut prior to launching her architecture career.

Her firm’s work is characterised by strong, geometric forms, ranging from the curvaceous canopy of the Serpentine Sackley Gallery to the jutting planes of the Vitra Fire Station.

“When I was growing up in Iraq, math was an everyday part of life. We would play with math problems just as we would play with pens and paper to draw – math was like sketching,” Hadid has previously said of her formative years in Iraq.

Also on display in the gallery is a 17th-century Islamic astrolabe, an Enigma machine, as well as furniture and an early artificial intelligence machine.

Mathematics: The Winton Gallery opened today for a press preview, and will be open to the public from 8 December 2016.

It forms part of a £60 million redevelopment of the Science Museum, which includes a new suite of medical galleries by Wilkinson Eyre, a library and research centre by Coffey Architects and an interactive exhibition featuring slides by Muf.

“Mathematical practice underpins so many aspects of our lives and work, and we hope that bringing together these remarkable stories, people and exhibits will inspire visitors to think about the role of mathematics in a new light,” said curator David Rooney.

“We were hugely impressed by the ideas and vision of the late Dame Zaha Hadid and Patrik Schumacher when they first presented their design for the new mathematics gallery over two years ago,” added Science Museum director Ian Blatchford.

The London-based architecture firm is now led by Zaha Hadid’s former partner Patrik Schumacher. The architect made headlines across the UK following his speech at the World Architecture Festival last month, in which he called for social housing to be scrapped and advocated the privatisation of public space. The speech also sparked a protest outside the firm’s London offices.

Schumacher later released a statement saying he regretted the negative reaction to his speech, while Zaha Hadid’s closest confidantes have distanced themselves from his opinions.

Fellow architects and writers have come out in support or outrage at Schumacher’s remarks, with critic Phineas Harper arguing his views should be disregarded as a rehash of failed establishment ideas but Austin Williams of the Future Cities Project supporting his willingness to shake up concensus thinking. 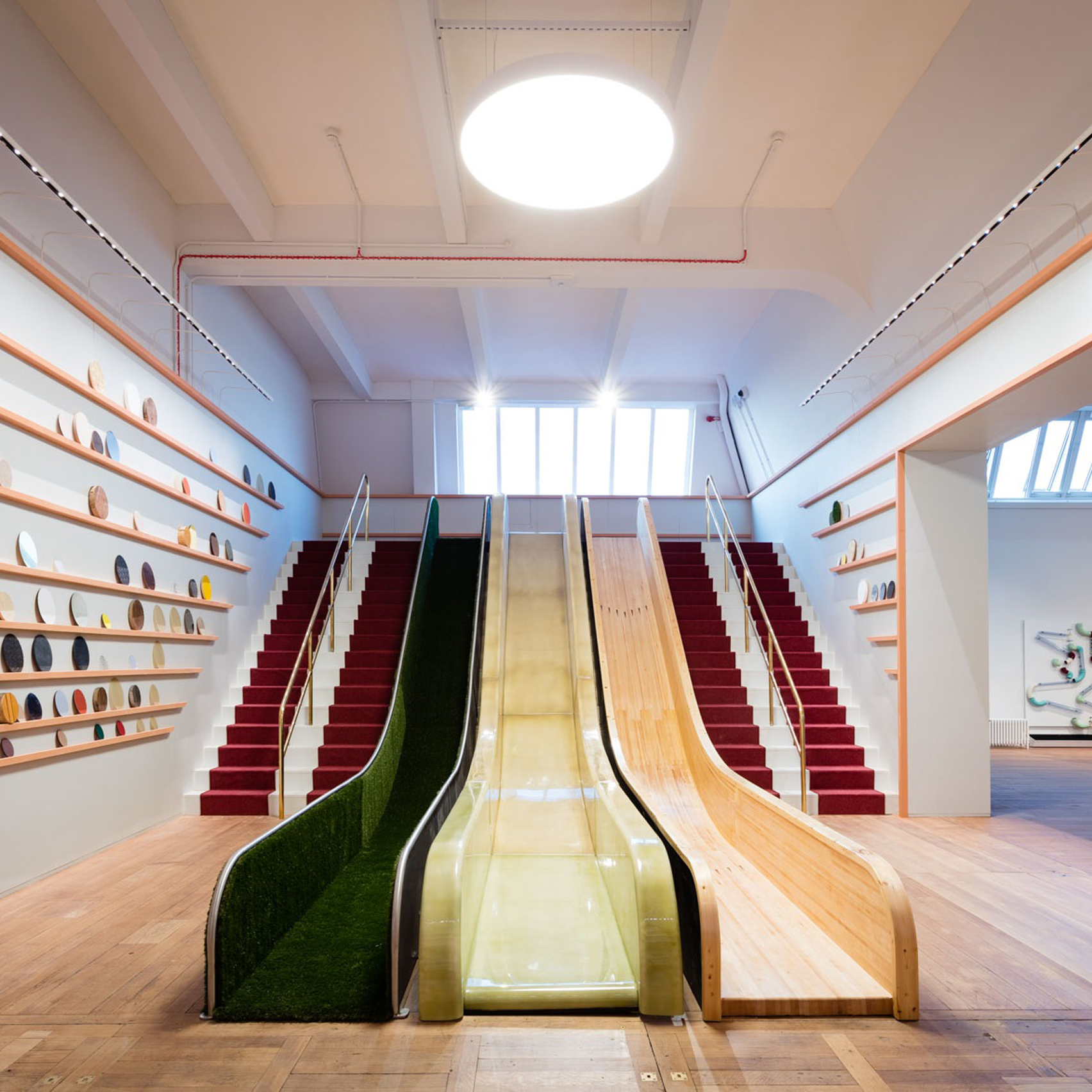