When refurbishing the interior of this gallery in Rome, Antonino Cardillo looked to the colours and textures used in the opening scene of Richard Wagner’s Das Rheingold opera. 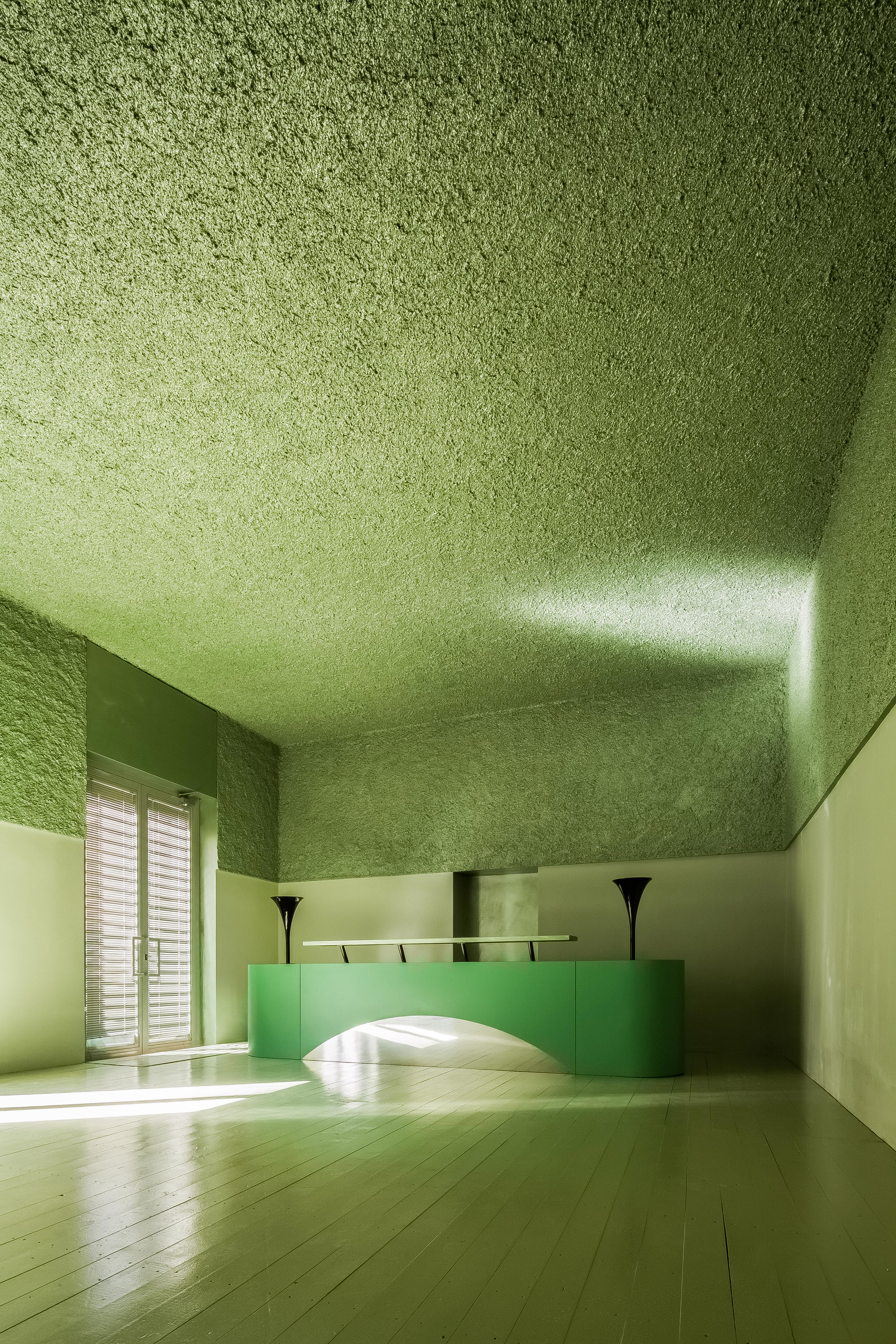 Described by the architect as a “green golden grotto”, the space was based on the opening scene of the Wagner opera Das Rheingold. This particular scene depicts the bottom of the Rhine river, where the three Rhinemaidens – Woglinde, Wellgunde and Flosshilde – are playing together. 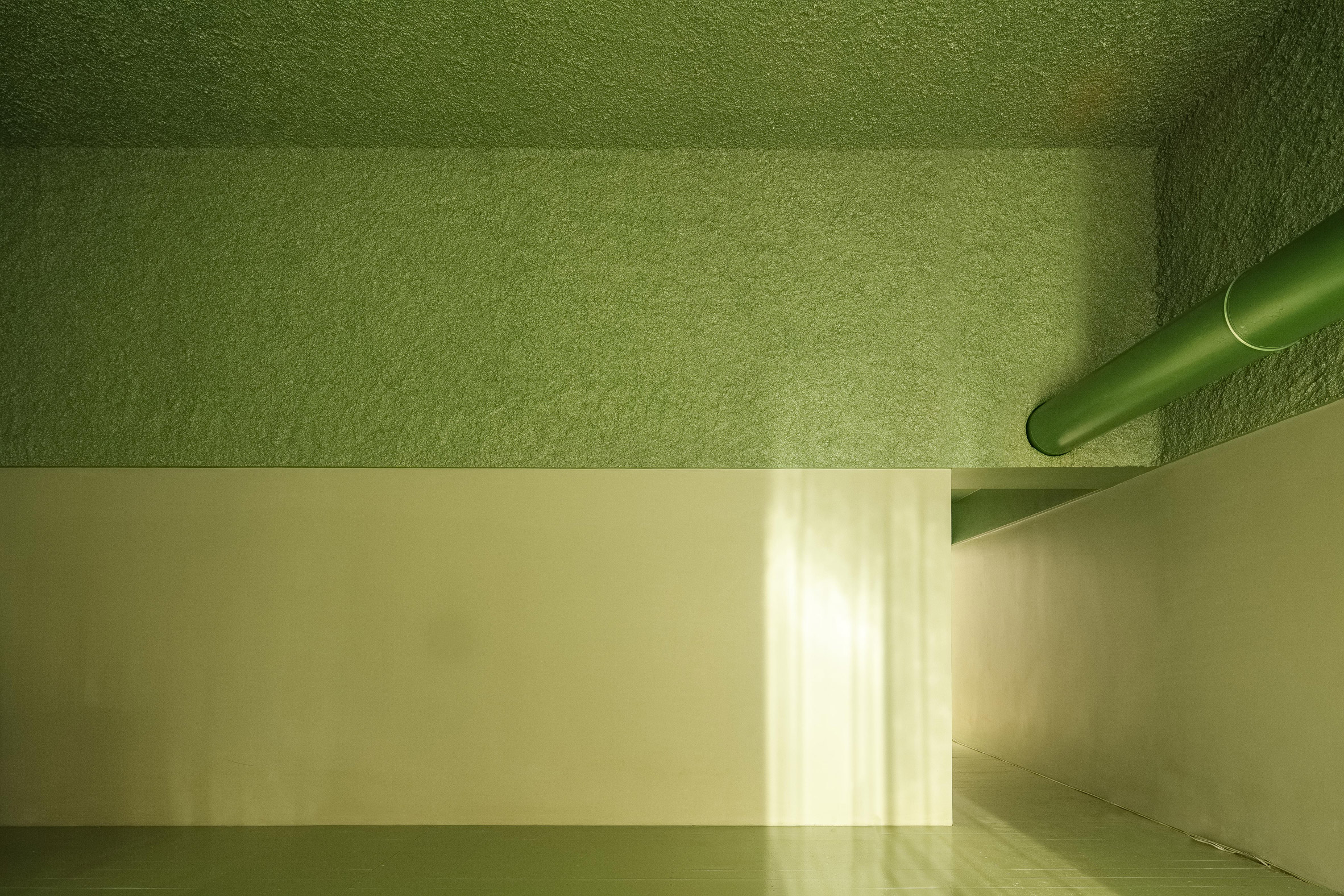 Green lighting is traditionally cast across the stage, with each character wearing green-coloured costumes, and it was this that inspired Cardillo’s decision to use an all-green colour palette.

“The use of colour and texture is inspired by the opening scene of Richard Wagner’s Das Rheingold, which depicts a greenish dawn as seen from the depths of the river,” he said. 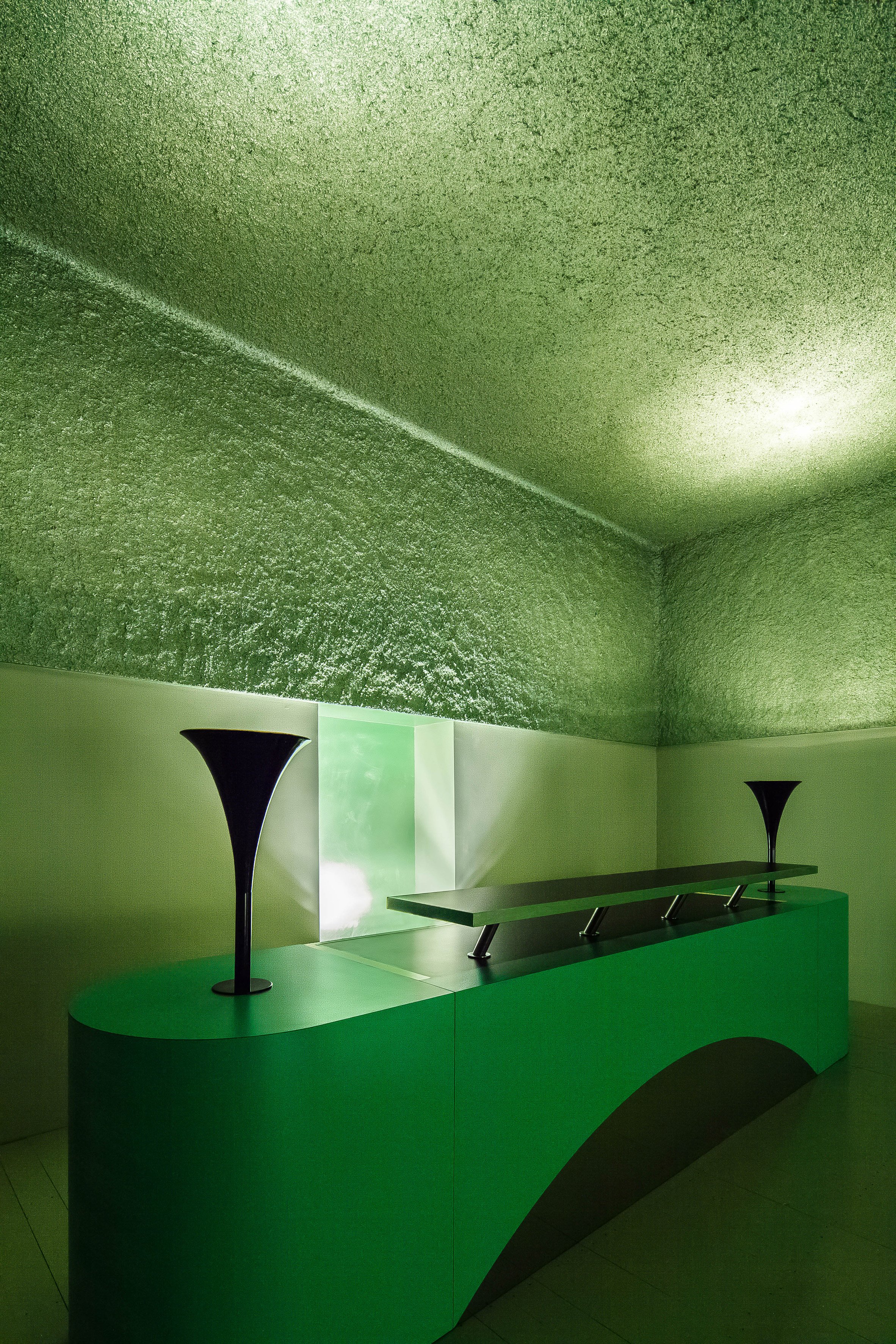 “Everything is painted by shades of green. Words of the space speak each other a cohesive narrative, which aims to unfold the imaginary of the inhabitants.”

What Cardillo describes as a “rusticated vault” forms the entrance to the gallery. In here, the lower portion of the wall is smoothly rendered, while the top section is rough in texture – a signature feature seen in most of the architect’s work. 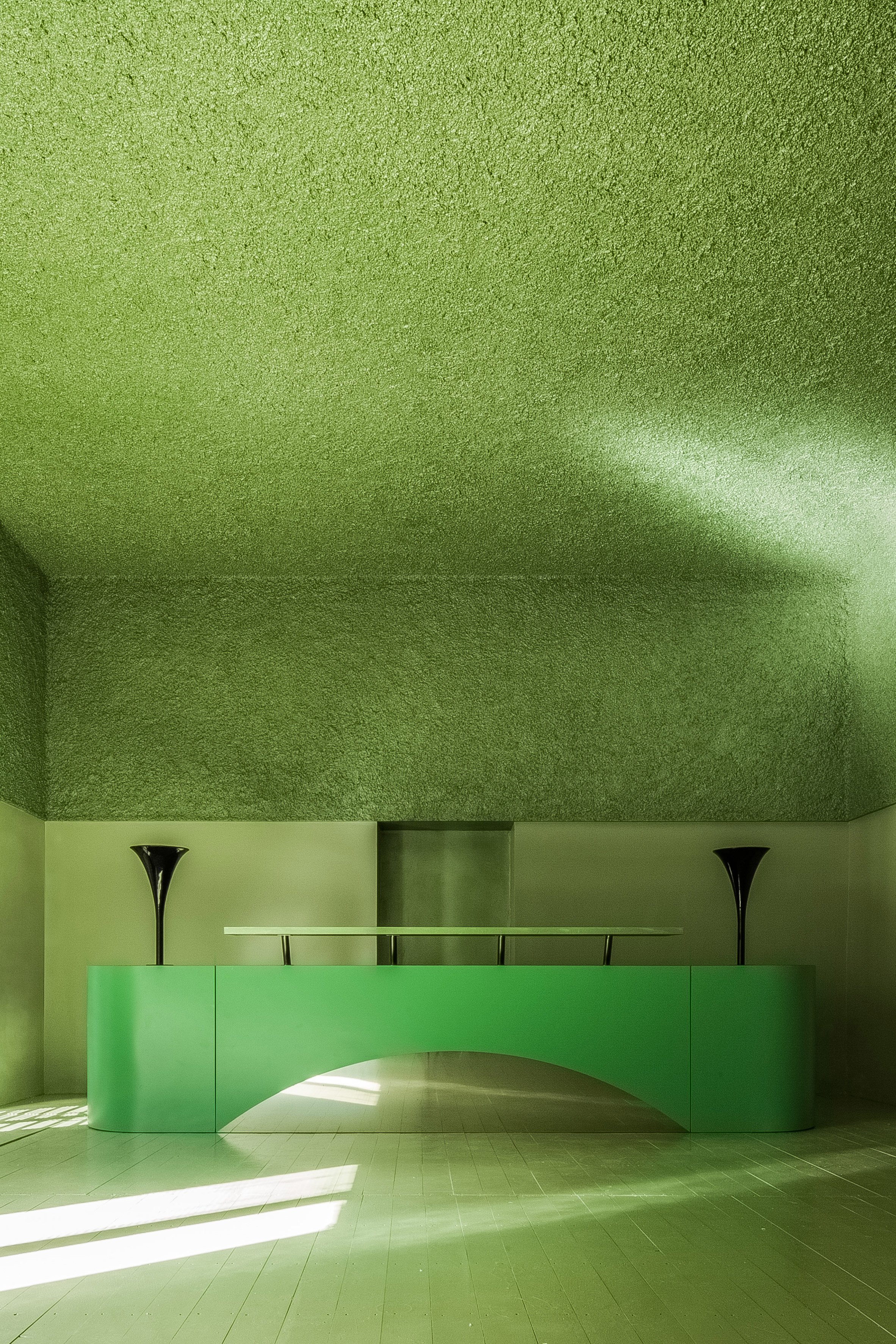 A desk, or “altar”, features a mirrored arch that reflects the green tiled floor. It is flanked by two black and gold lamps that emit a soft light upwards onto the roof.

“Words of the space speak a cohesive narrative, which aims to unfold the imaginary of the inhabitants,” said Cardillo. “This work was made on a low budget with one mason. The poverty of means is here applied, which suits to the idea of architecture as a faculty to transcend the ordinary.” 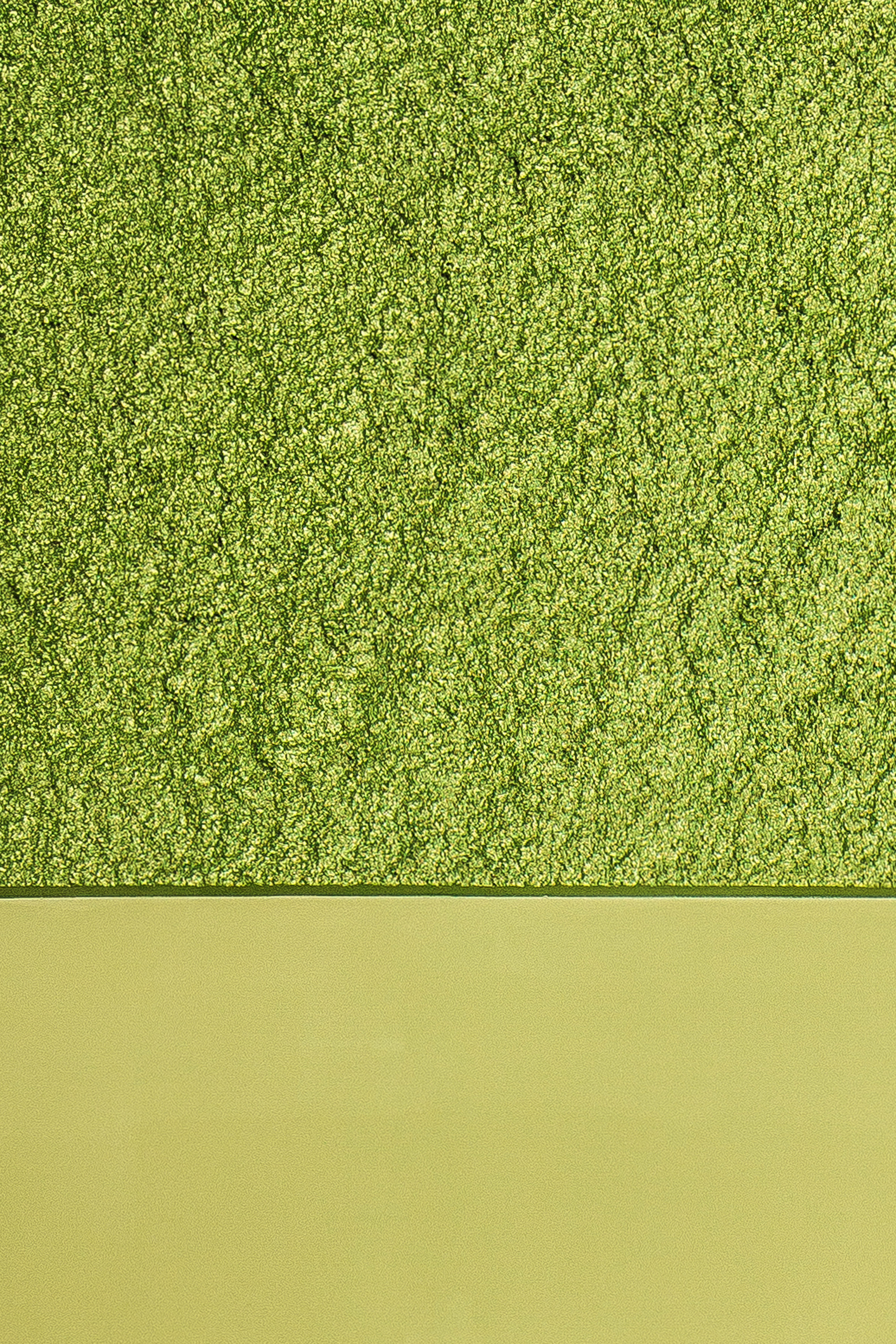 Crepuscular Green is the latest in a string of projects by Cardillo to feature heavily textured plasterwork and bold colour palettes. Another, named House of Dust, is a Rome apartment with lumpy brown walls and ceilings, while his Illuminum Gallery combined scent with texture for a fragrant installation.

Most recently, he coated the walls of a vaulted chamber-music and events space in coral-pink, grey and green plasterwork. 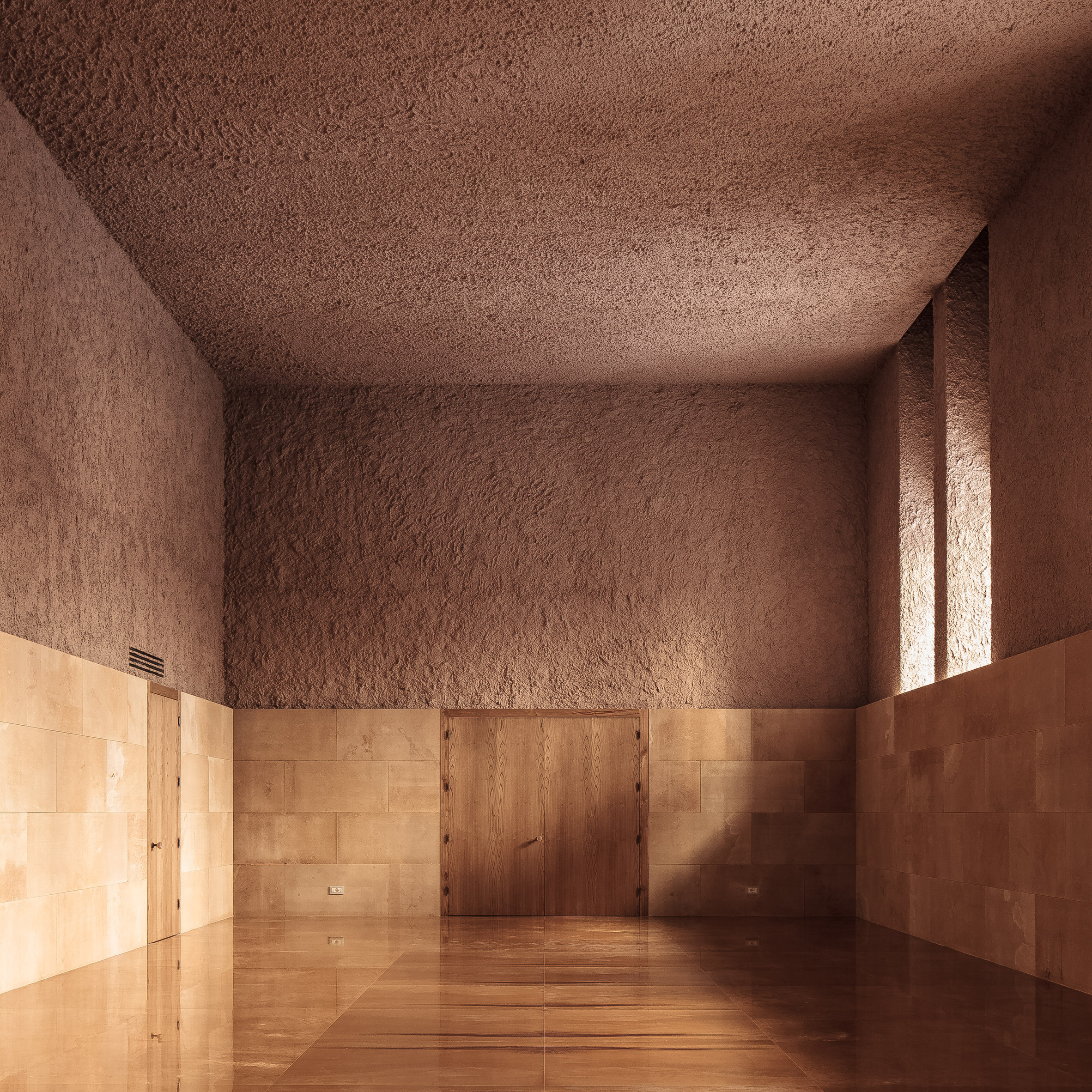