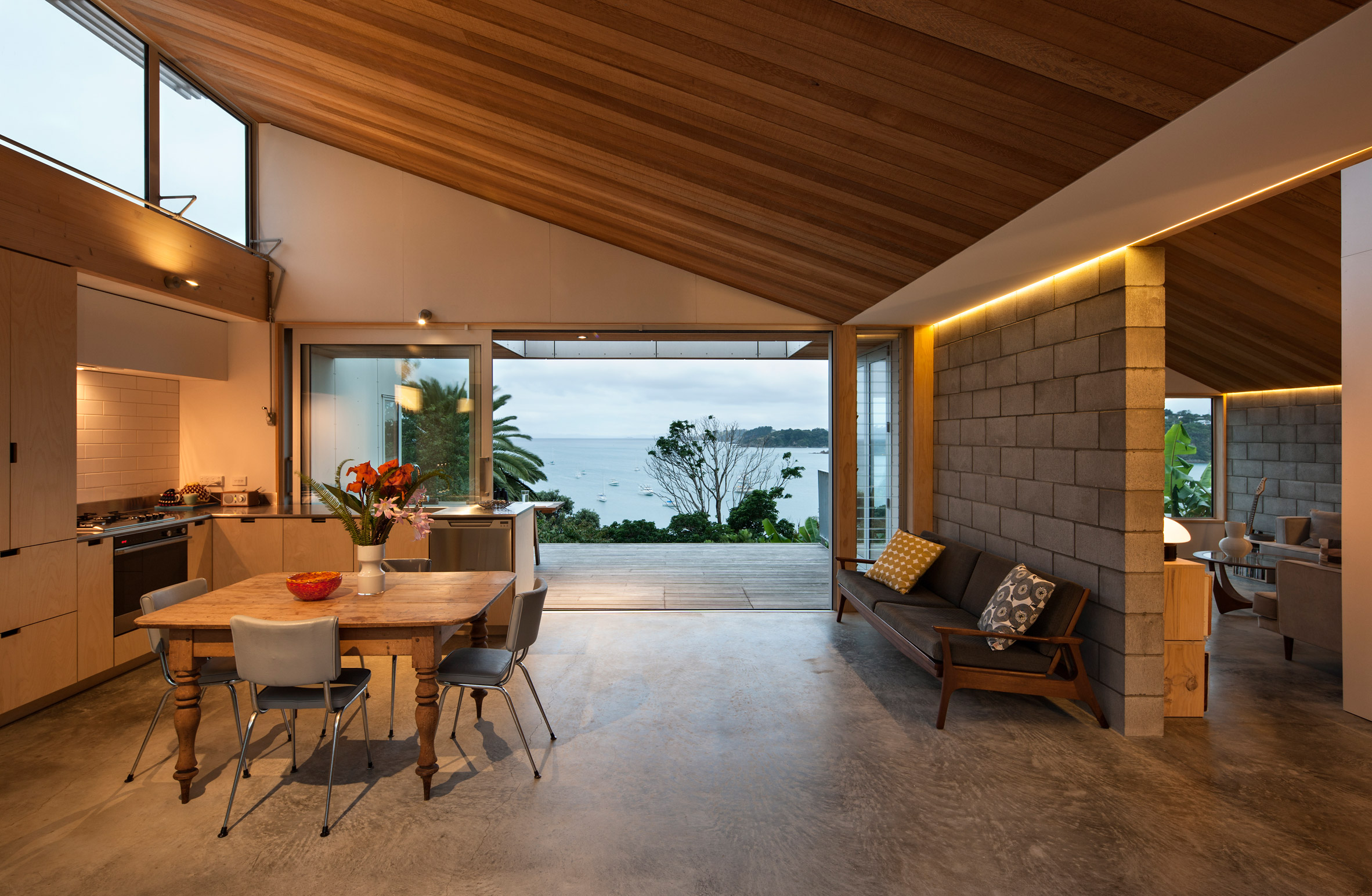 McQuarrie was asked to design Oneroa House for a client who has spent 26 years residing in the cottage on the edge of the island, located around 20 kilometres off Auckland’s coast. 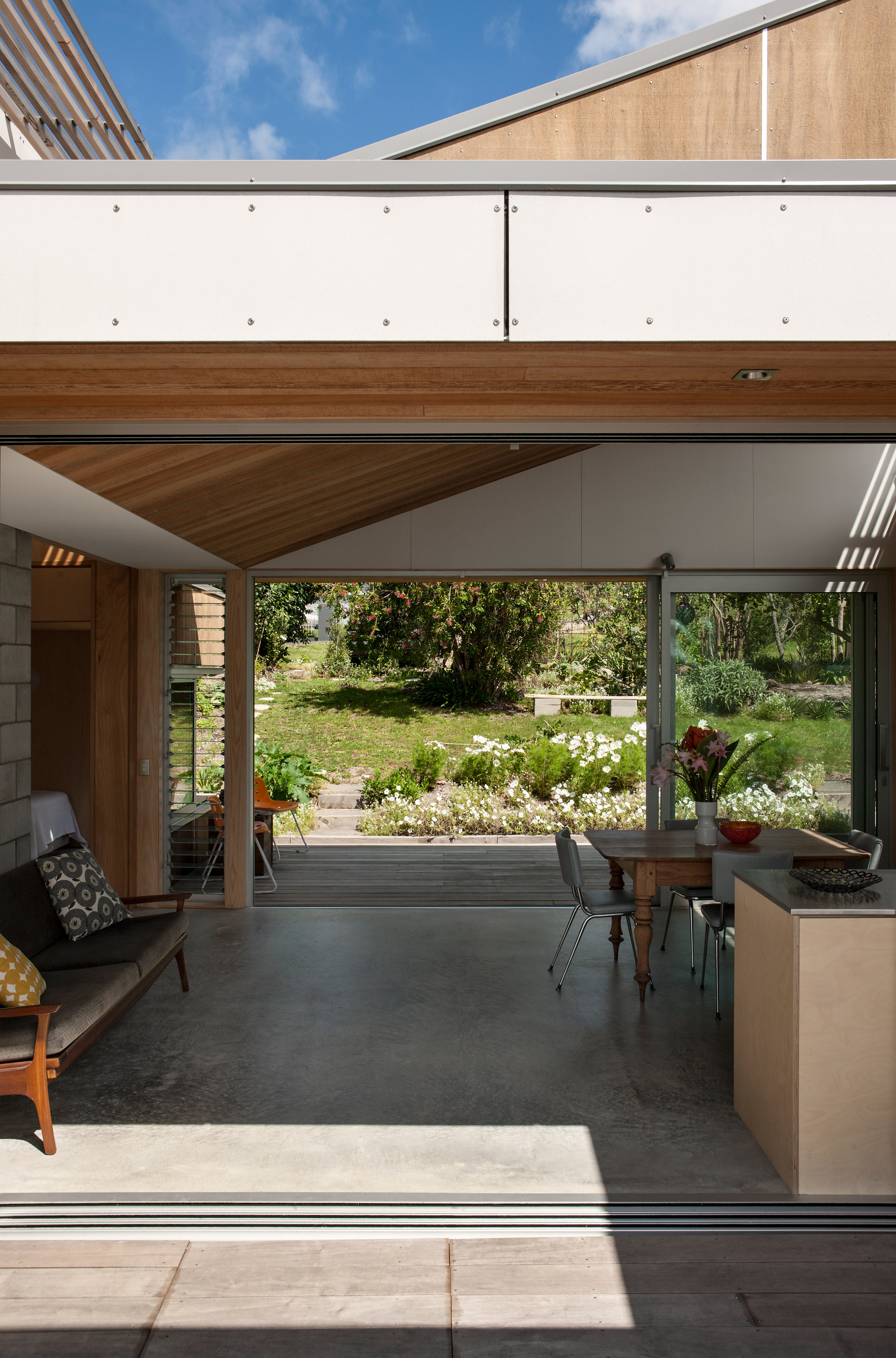 “The owners had lived on the site in a 1920s cottage for the past 26 years; the cottage was beyond repair however the site has grown up around it,” explained McQuarrie, who set up his practice on the island in 2009 after a decade working in the UK. 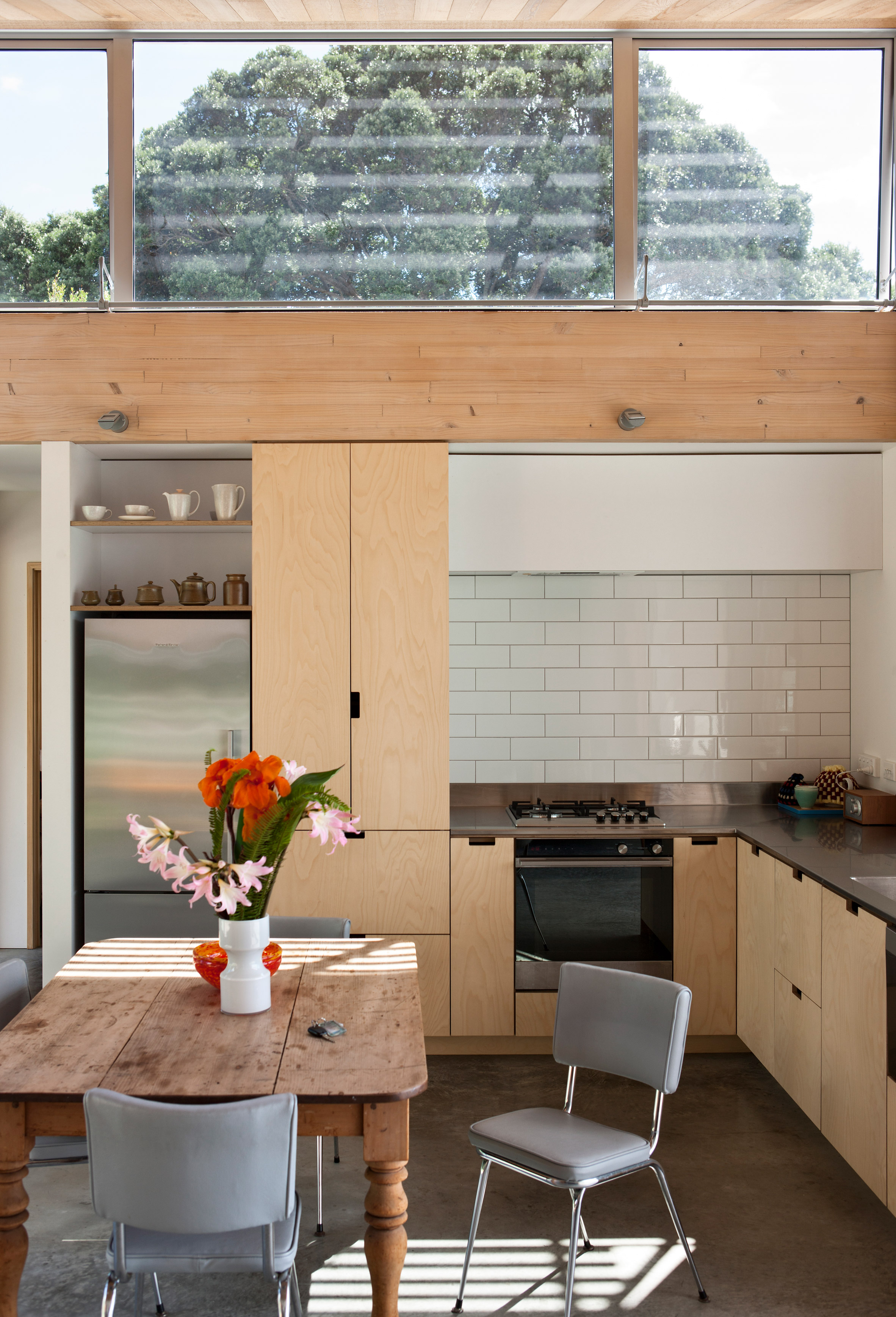 “In order to take advantage of the existing established planting, the new house was designed in a similar position to the cottage, incorporating the original large concrete water tank,” he added.

“The house opens up to views to the east of the sea and west to the garden. Neighbouring properties to the north and south are intentionally ‘blinkered’.” 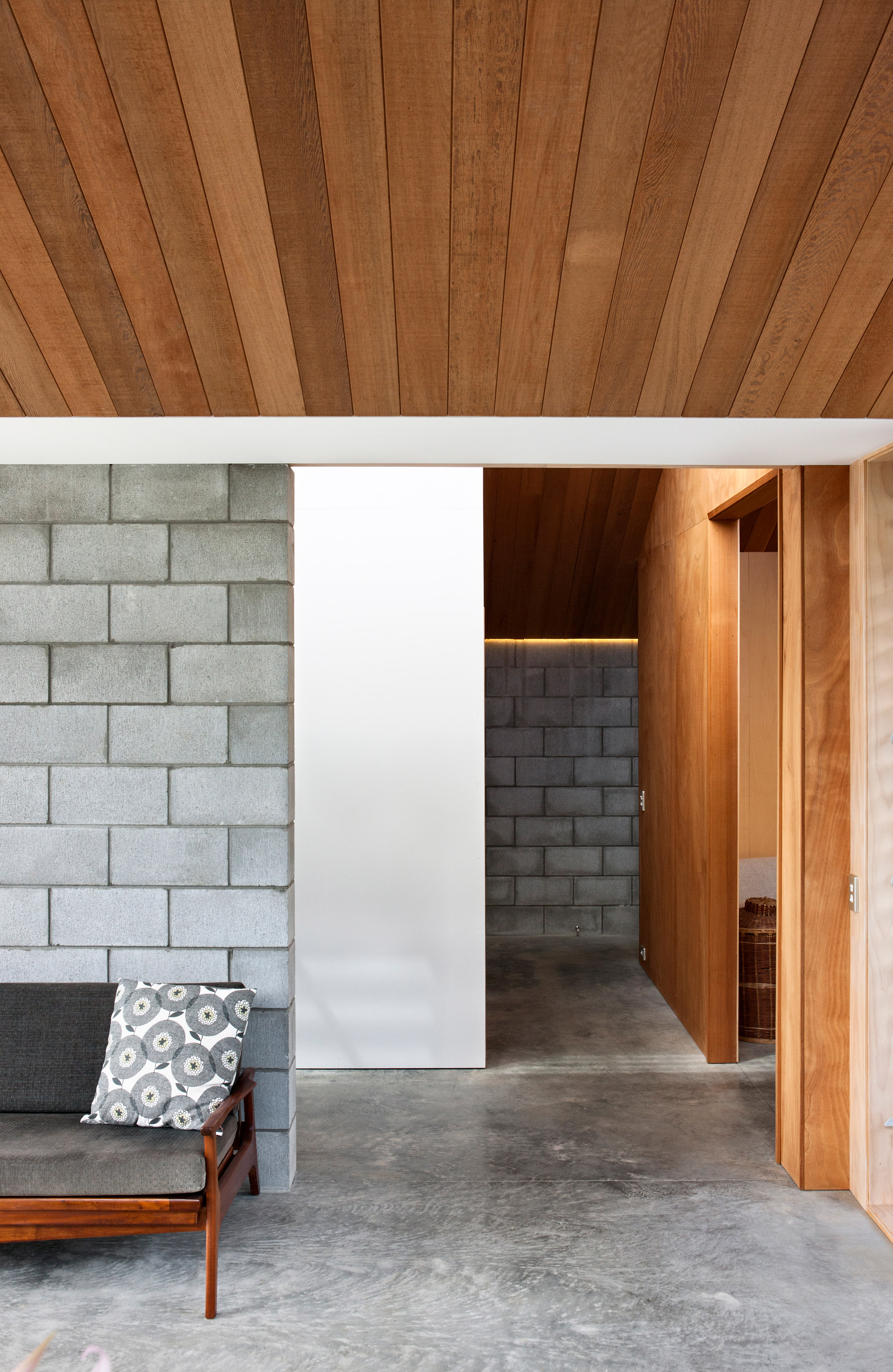 Two mono-pitched roofs lift up from the main body of the 104-square-metre house to make room for north-facing clerestory glazing. This brings light down into the kitchen and a snug, but prevents spaces being overlooked by a neighbouring property. 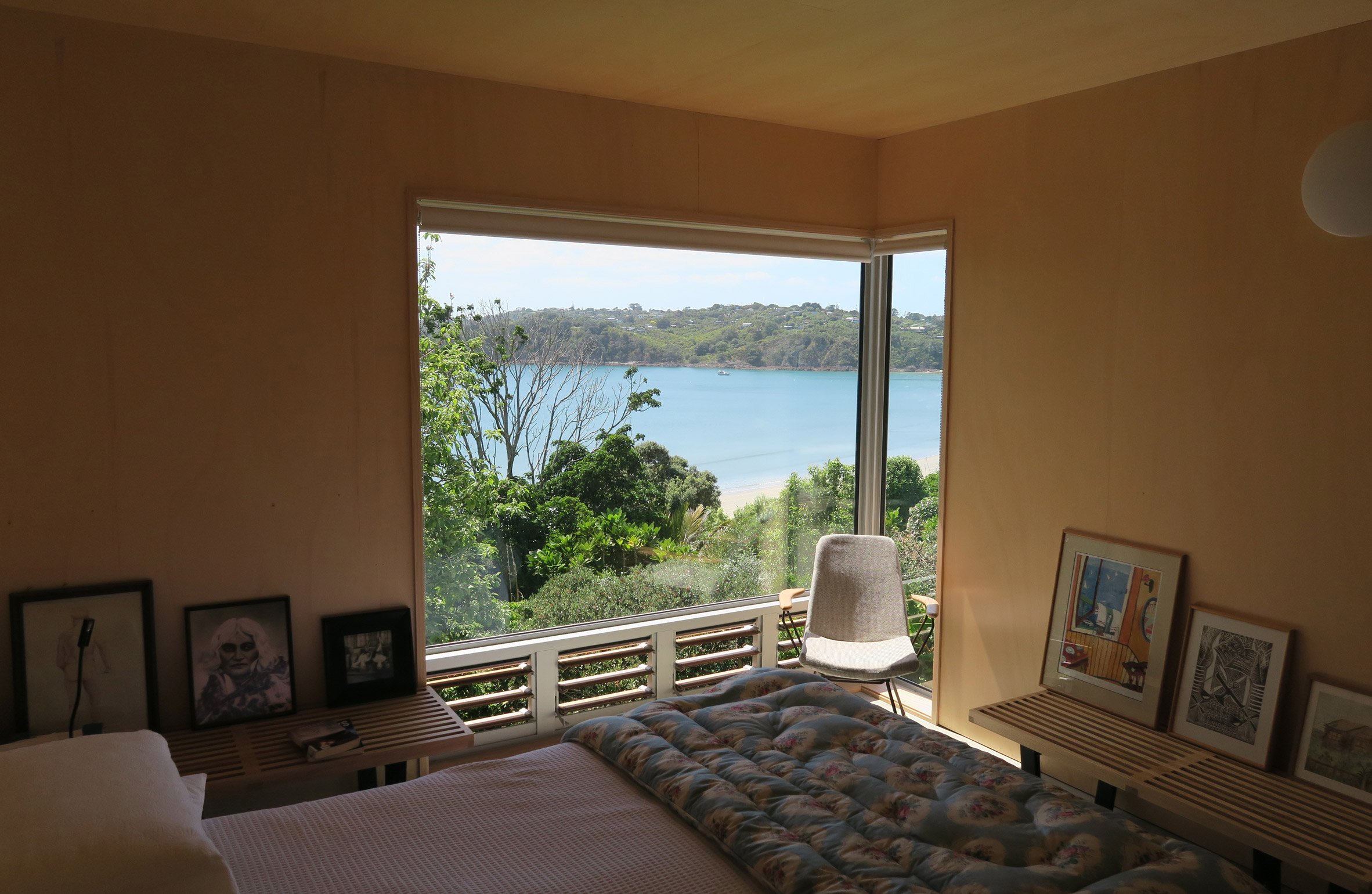 Brise soleil project from the tops of these high-level windows, so residents can take advantage of winter sun, but are offered some shade in summer.

A bedroom is separated from this skylight space by a shared bathroom. It features a corner window that opens up to views of the sea, as well as a patio. 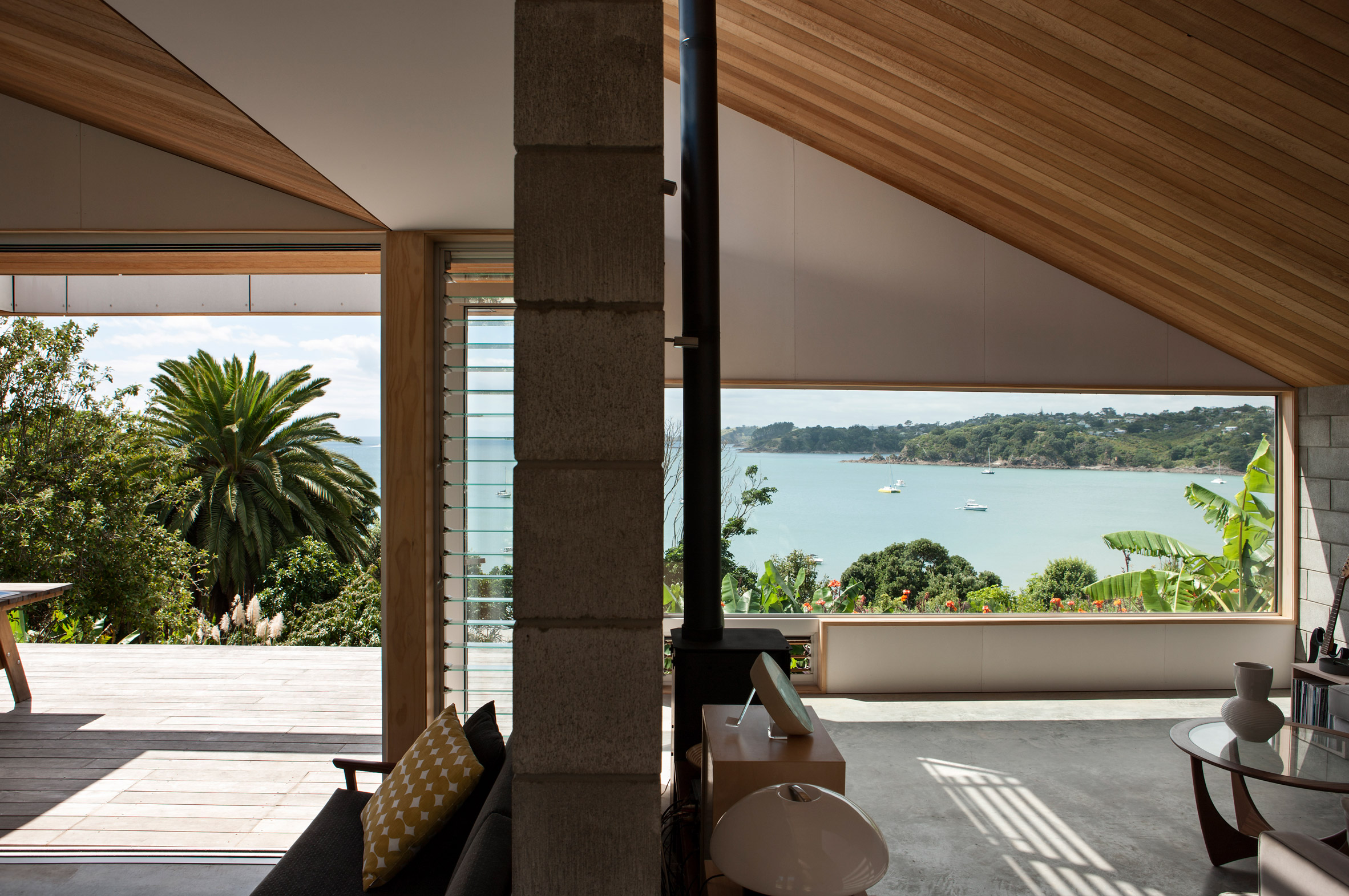 Inside, concrete blockwork walls and slab floors are left exposed, and paired with cedar boards and plywood.

Folding and sliding glass doors connect each part of the house with the decked patio and the gardens, which the architect designed the whole house around. 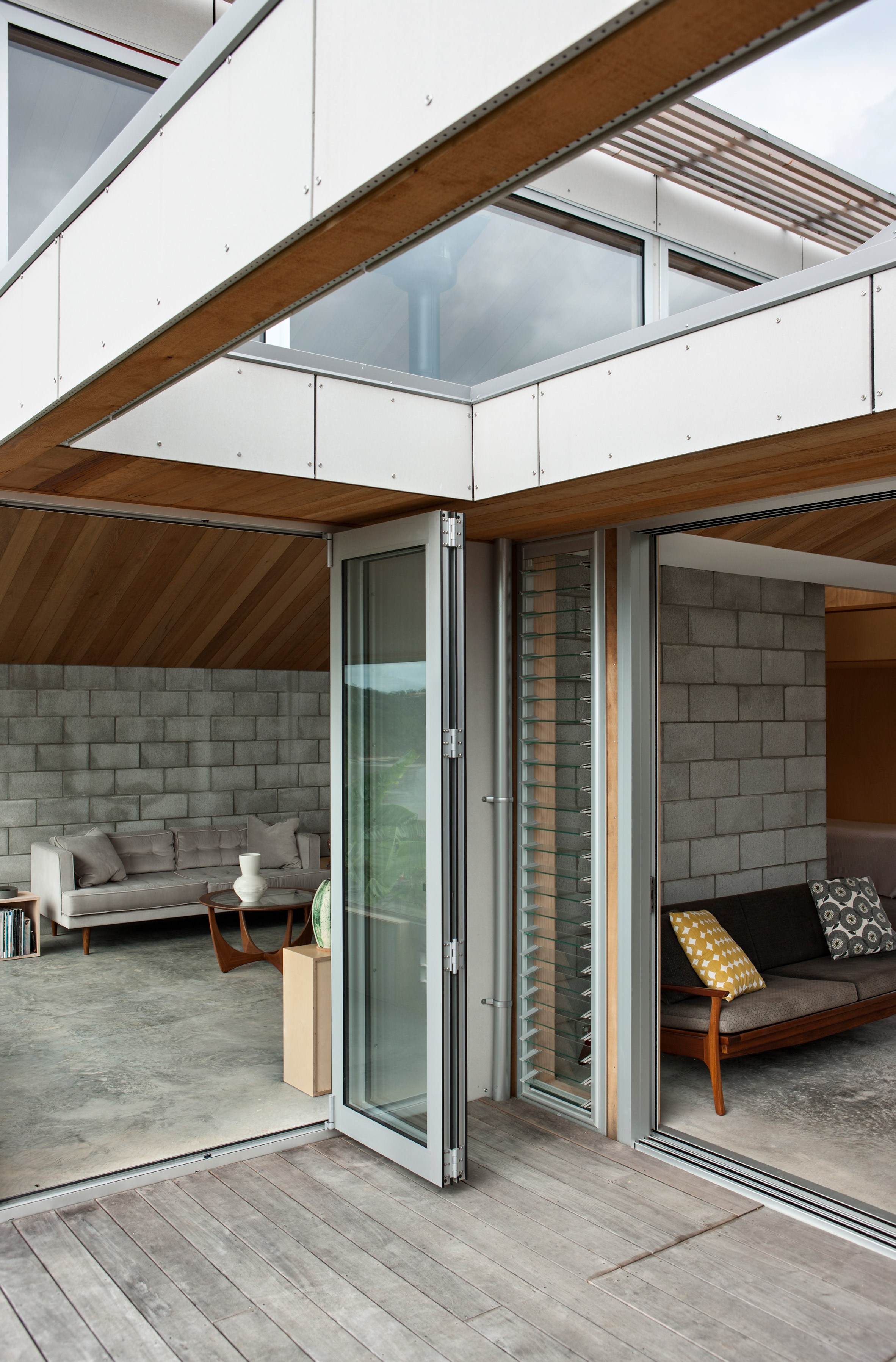 “Materials have been chosen for their inherent texture, colour, and robustness, as well as thermal mass benefits,” he said. “Very little paint has been used throughout the project.” 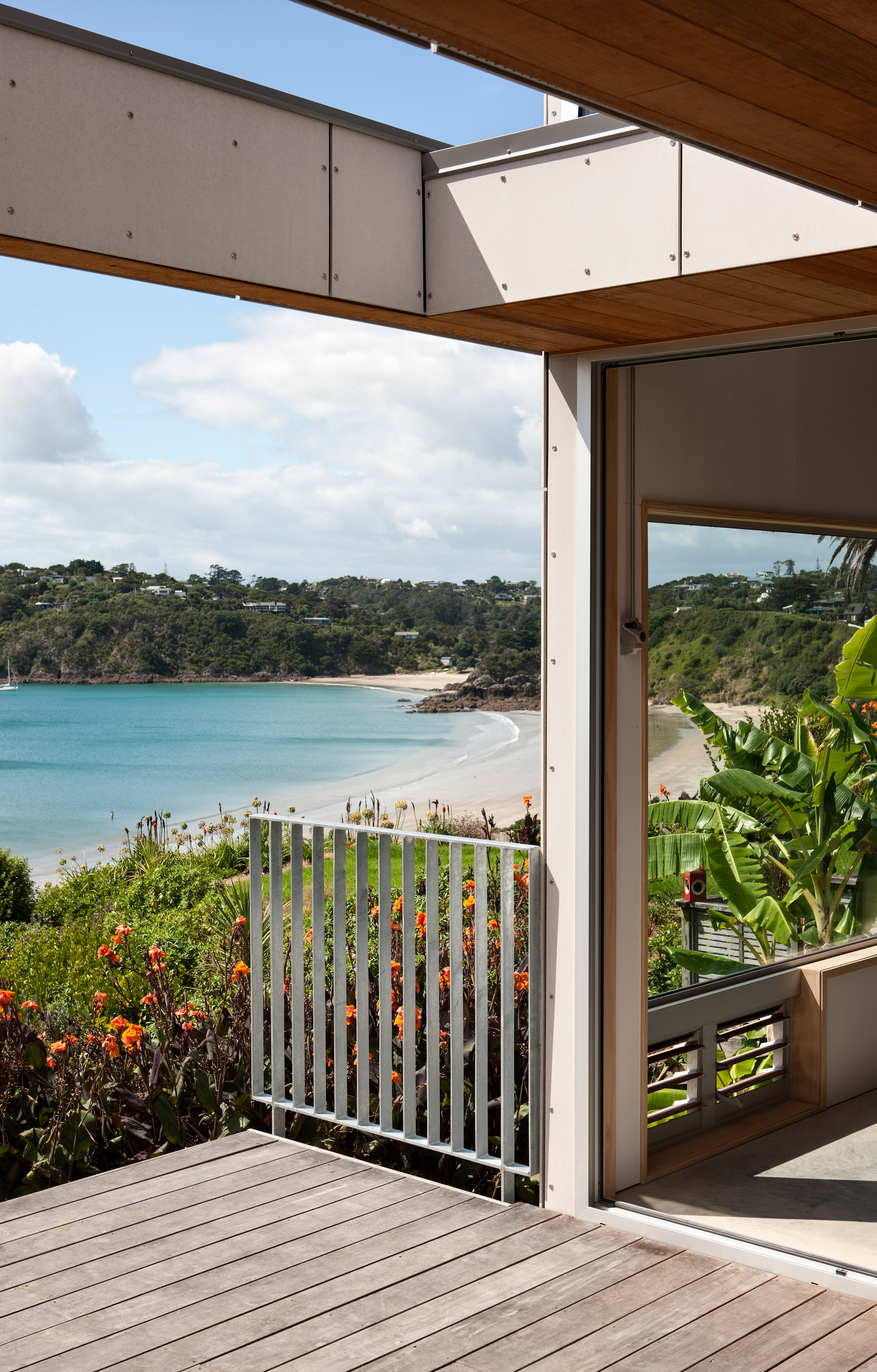 Other coastal retreats in New Zealand include a tiny stone cottage by Patterson Associates, which provides a honeymooning spot on the rugged coast of the Banks Peninsula, and a set of blackened-timber cabins by Cheshire Architects, which face the Tasman Sea. 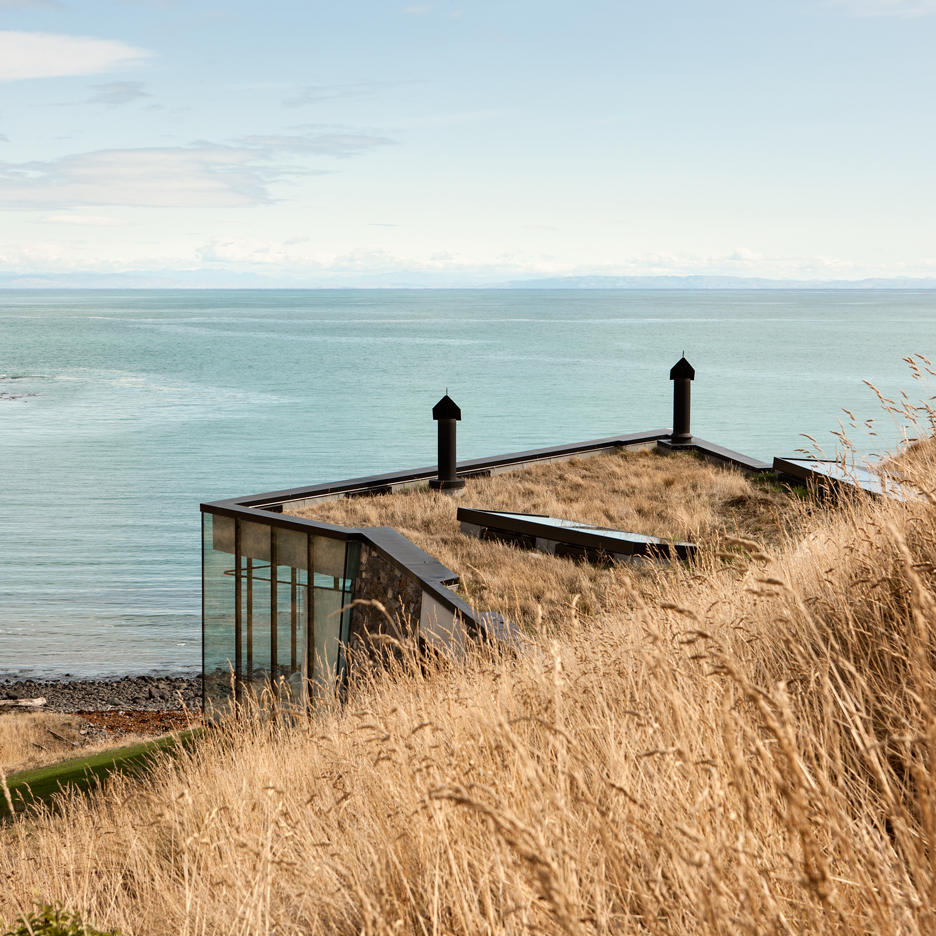