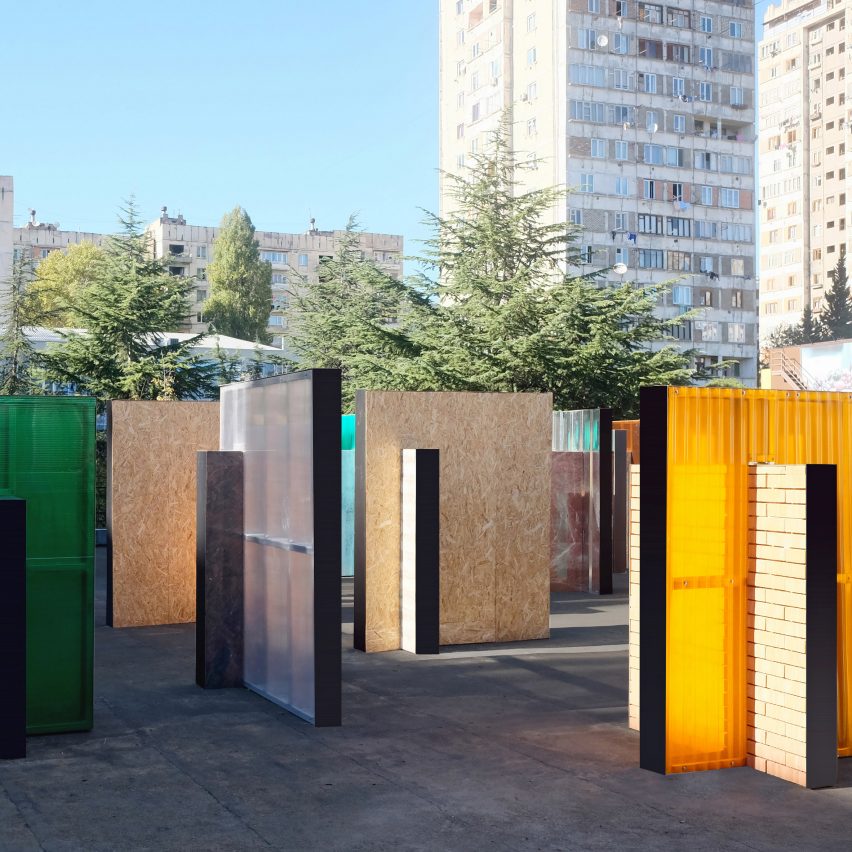 The inaugural Tbilisi Architecture Biennial saw architects create installations across the city suburb of Gldani. Here are 10 of the best, from a group of “migrating” sheds to a series of colourful self-made structures.

Held between 26 October and 3 November, with the theme Buildings Are Not Enough, the Tbilisi Architecture Biennial 2018 offered architects a platform to discuss the current state of the Georgian capital.

It revealed that the city is in the midst of architectural chaos, but that there are reasons to be optimistic about the future. Russian architect Alexander Brodsky, a founding member of the Paper Architects collective in 1980s Moscow, built a caravan of slender cabins “migrating” over the rooftop of the DKD Bridge in Gldani.

The “nomadic sheds” were intended as a comment on the overdevelopment of cities. Washes of grey paint were added to make the structures appear as if they were melded with the surface of the bridge, and tips of gabled roofs created the illusion the horde of temporary buildings were sprouting from the bridge itself. To Be Constructed by Adrian Judt and Helen Schaurer

In an architectural social experiment, Austrain collaborators Adrian Judt and Helen Schaurer covered a bright blue pallet in building materials such as breeze blocks and cans of paints. Local residents were encouraged to take anything they needed for free, in return for a photograph and details of what they planned to do with the items.

The project was conceived in response to Gldani residents’ gonzo DIY approach to augmenting their crumbling Soviet-era apartment blocks. Judt and Schaurer were surprised by the speed with which the materials were collected and the diversity of uses their new owners had determined to put them to. 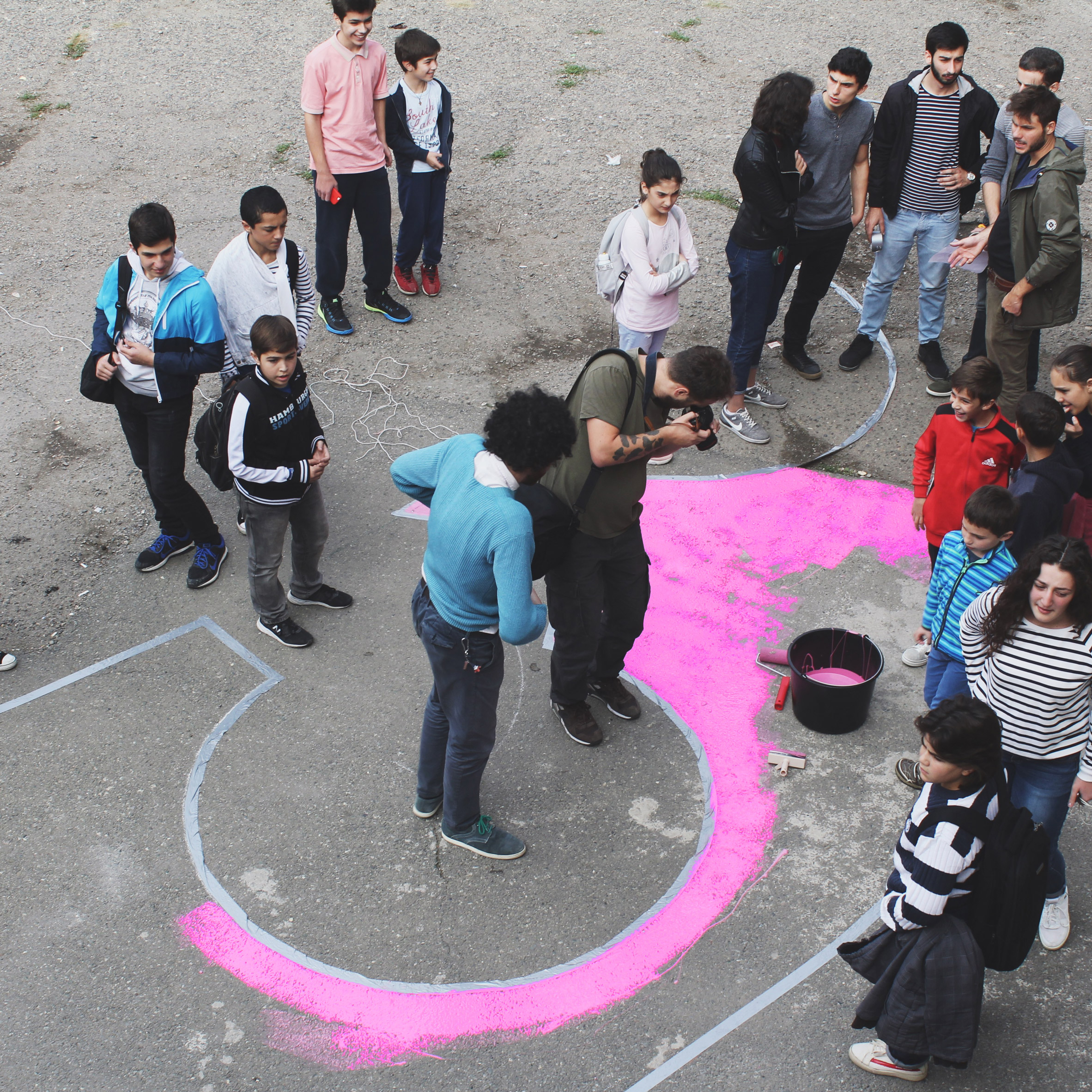 Venice-based architecture and landscape office Babau Bureau transposed the floor plan of the Mausoleo de Santa Constanza, a fourth century basilica in Rome, onto a courtyard surrounded by apartment blocks in Gldani. Studio founders Marco Ballarin, Stefano Tornieri and Massimo Triches found the appropriate spot for their project by looking at satellite images on Google Maps.

Pink paint and painted blocks outlined the chapel’s shape, with a wooden structure erected in the centre of the courtyard to evoke a domed apse. Graffiti classes and furniture up-cycling workshops were held on site during the biennial, and local children adopted the floor shapes as a playground. 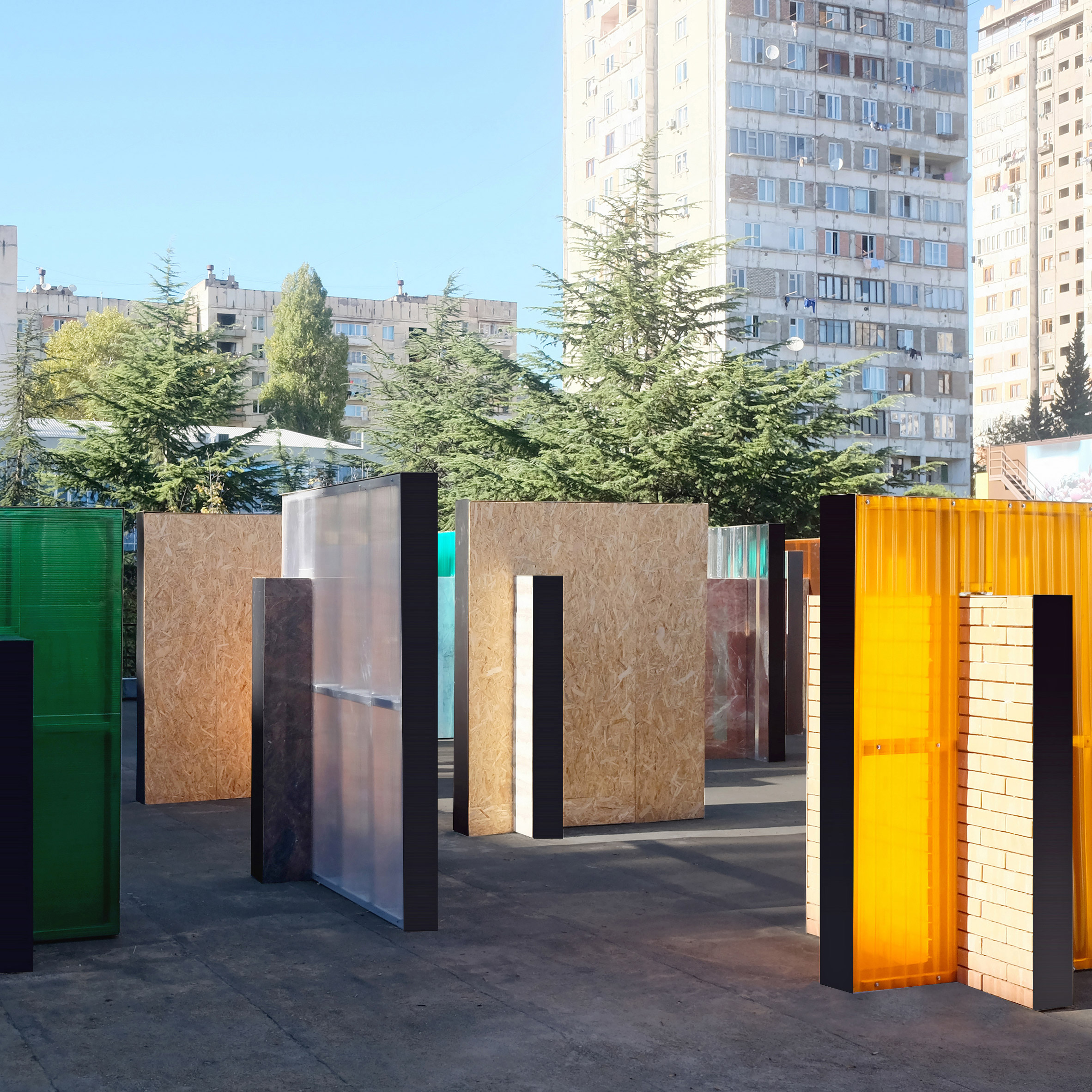 Copy Paste, a collective made up of Tezi Gabunia, Ivane Ksnelashvili, Nika Maisuradze and Davit Tsanava, comes together for competitions and festivals to work on projects that fuse art, activity and architecture.

In recognition of Gldani’s “spontaneous, self-made architectural style”, the team devised a series of interlocking walls made from contrasting materials, which could be gradually re-arranged and re-located throughout the event. 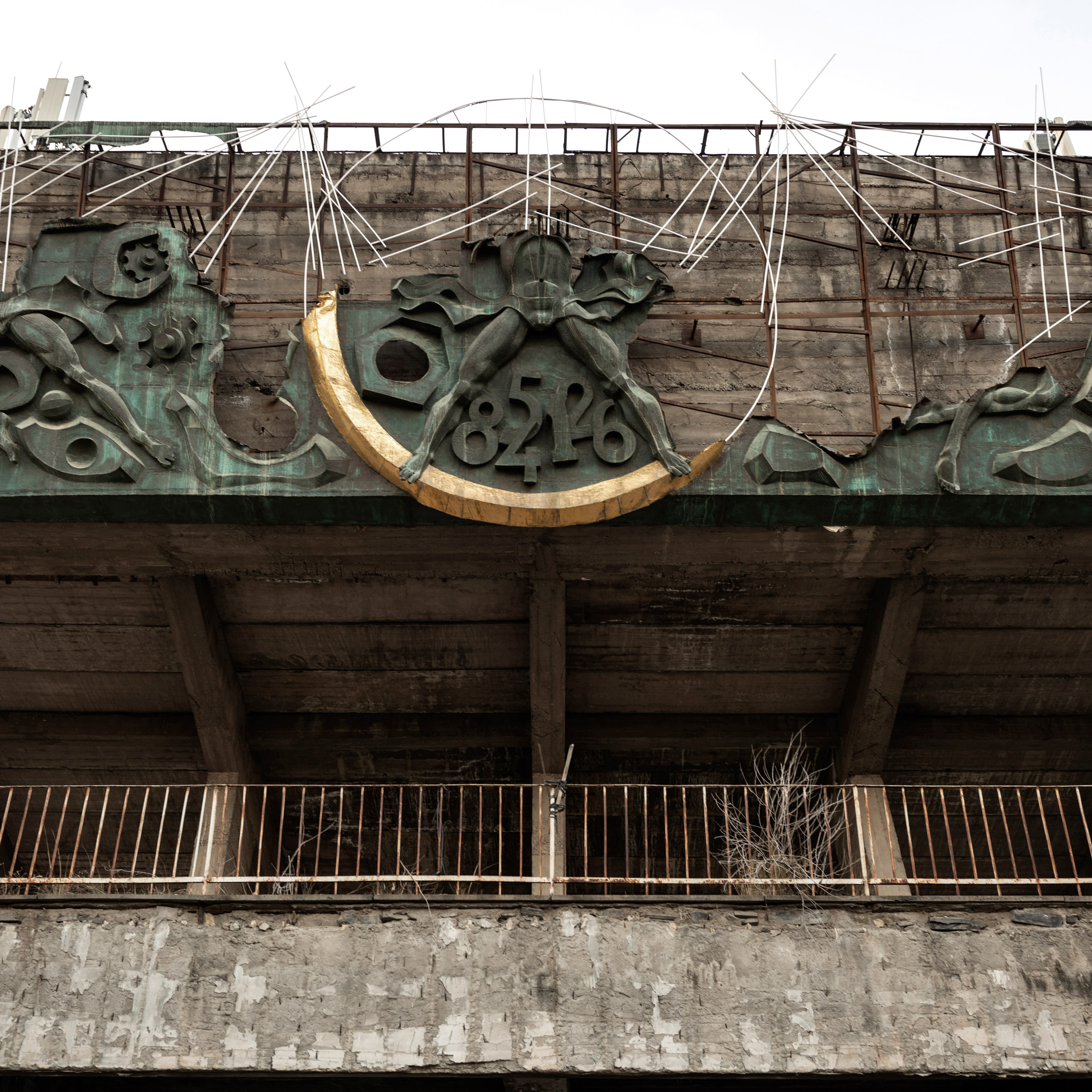 Part architecture, part anarchic occupation, Inhabit! saw architecture students and refugees take over an abandoned Soviet-era modernist building in Tbilisi to reclaim it as a public space for the city, but in particular the internally displaced people of Georgia’s civil wars living there.

American architecture graduate Thomas Ibrahim designed a staircase, based on traditional Abkhazian architecture, to provide the inhabitants with easy access to a newly cleared community space under the statue. 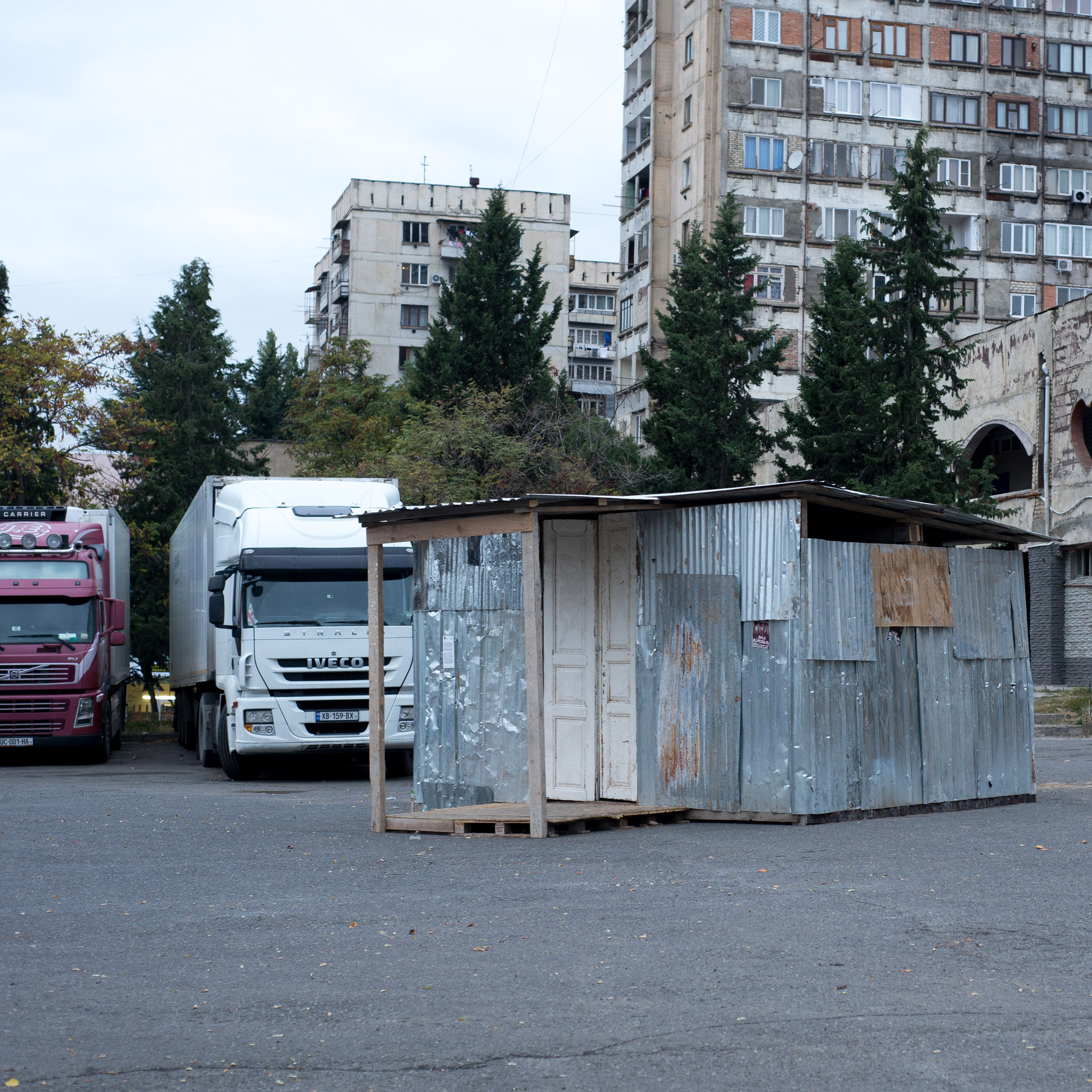 A practice formed of young architects from Tbilisi, Moscow and London, XOPA readily embraced the theme of informal architecture with their project. A makeshift shed erected from found construction materials in a Gldani truck carpark, the structure is an experiment in unofficial infill architecture.

When the city council failed to provide a source of electricity, XOPA struck up a friendship with a shoemaker based in the DKD Bridge next door, who ran a cable in exchange for keeping the structure once the biennial came to a close. 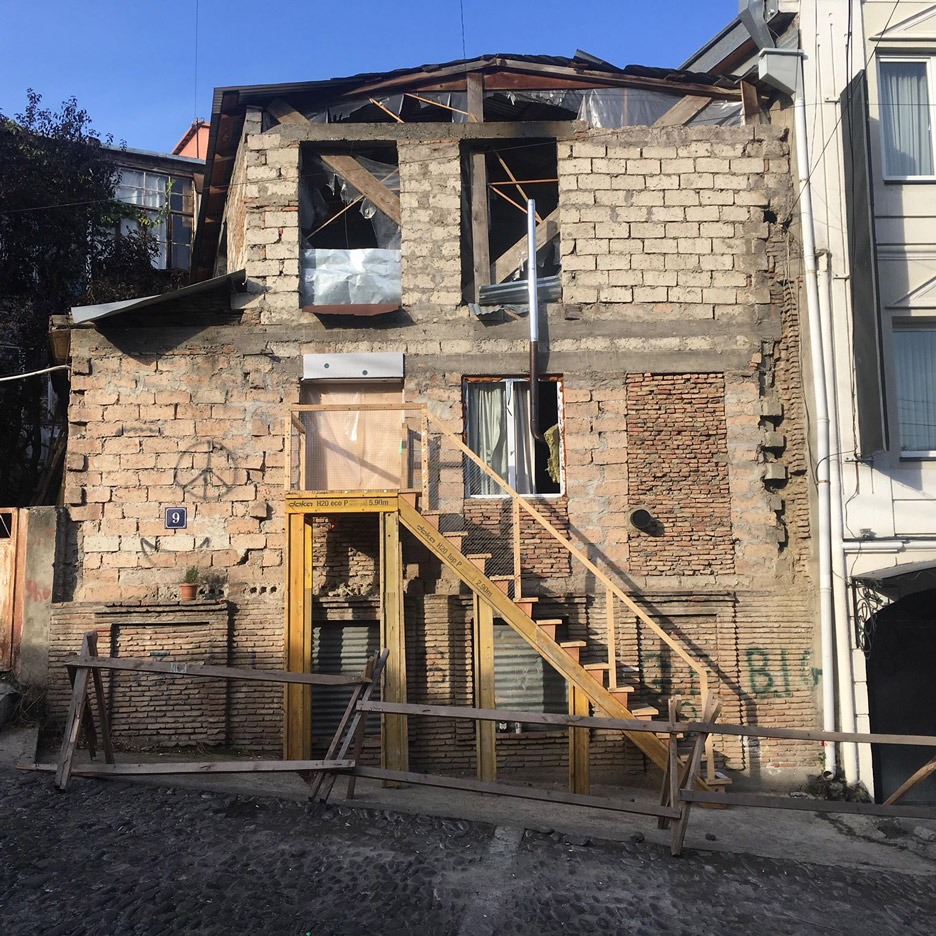 The official-unofficial social hub of the biennial was Boiler, the culmination of a year-long project from architect David Brodsky, son of Alexander, and his sister Kura. The siblings had been living in the abandoned 19th-century brick house in central Tbilisi while turning it into a chaotic-yet-functional home that operated as an intellectual salon and a late night house party venue.

A wooden staircase leads straight from the street to a gap in the first-floor facade, bypassing any need for a traditional entrance and embodying Boiler’s open-door policy. 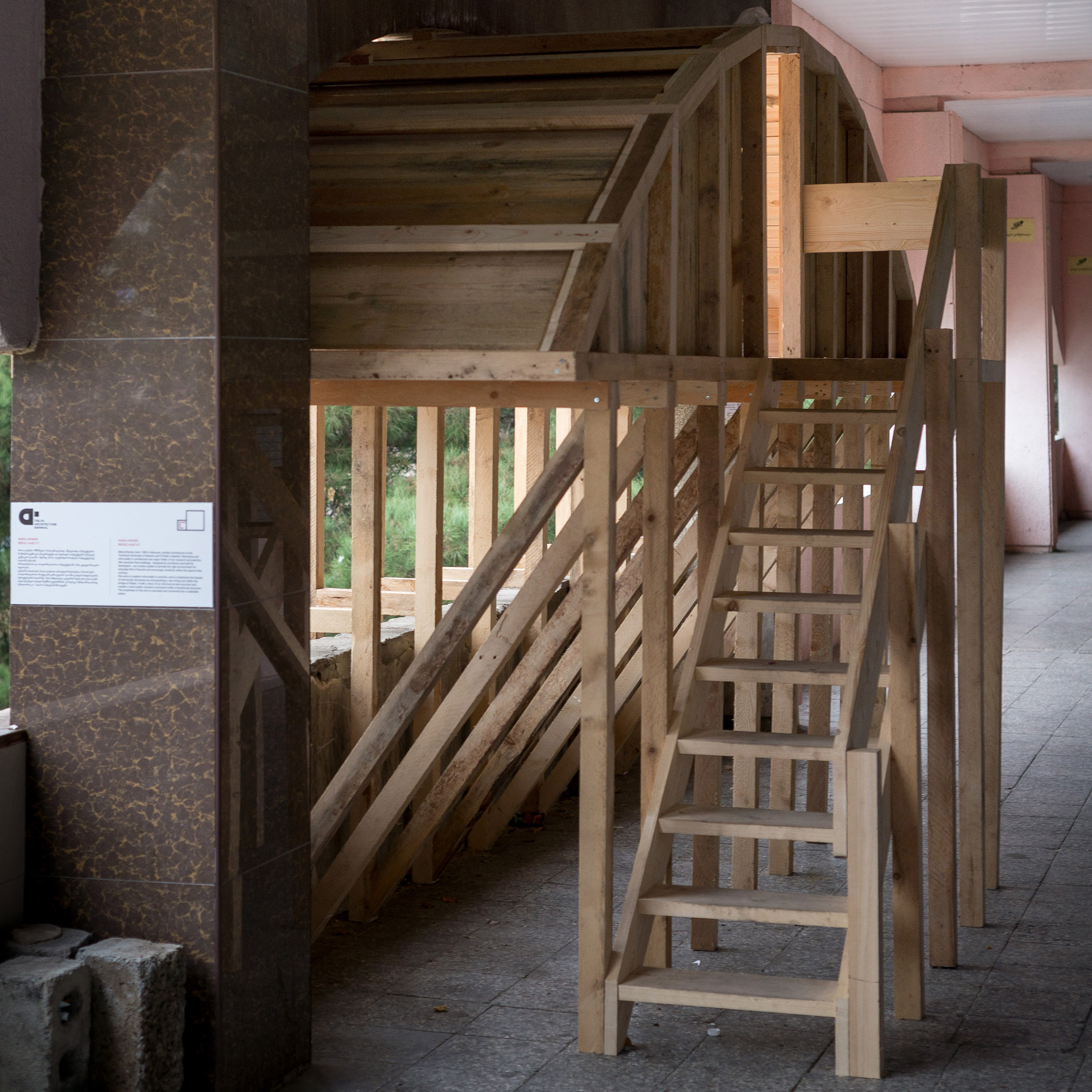 Those crossing the DKD Bridge, a Soviet modernist take on Venice’s Ponte Vecchio, during the biennial would have come across a treehouse-style platform built into an archway.

Muscovite architecture graduate Maria Kramer converted the empty space in the architecture into a habitable space, where passersby could ascend the timber stairs to find a sheltered cocoon looking down over Gldani towards Tbilisi. The symbolism of wine, from Greek mythology to Christian sacrament, and its place in Georgian history provided a psychedelic – and pleasingly pungent – overlay to the cityscape. 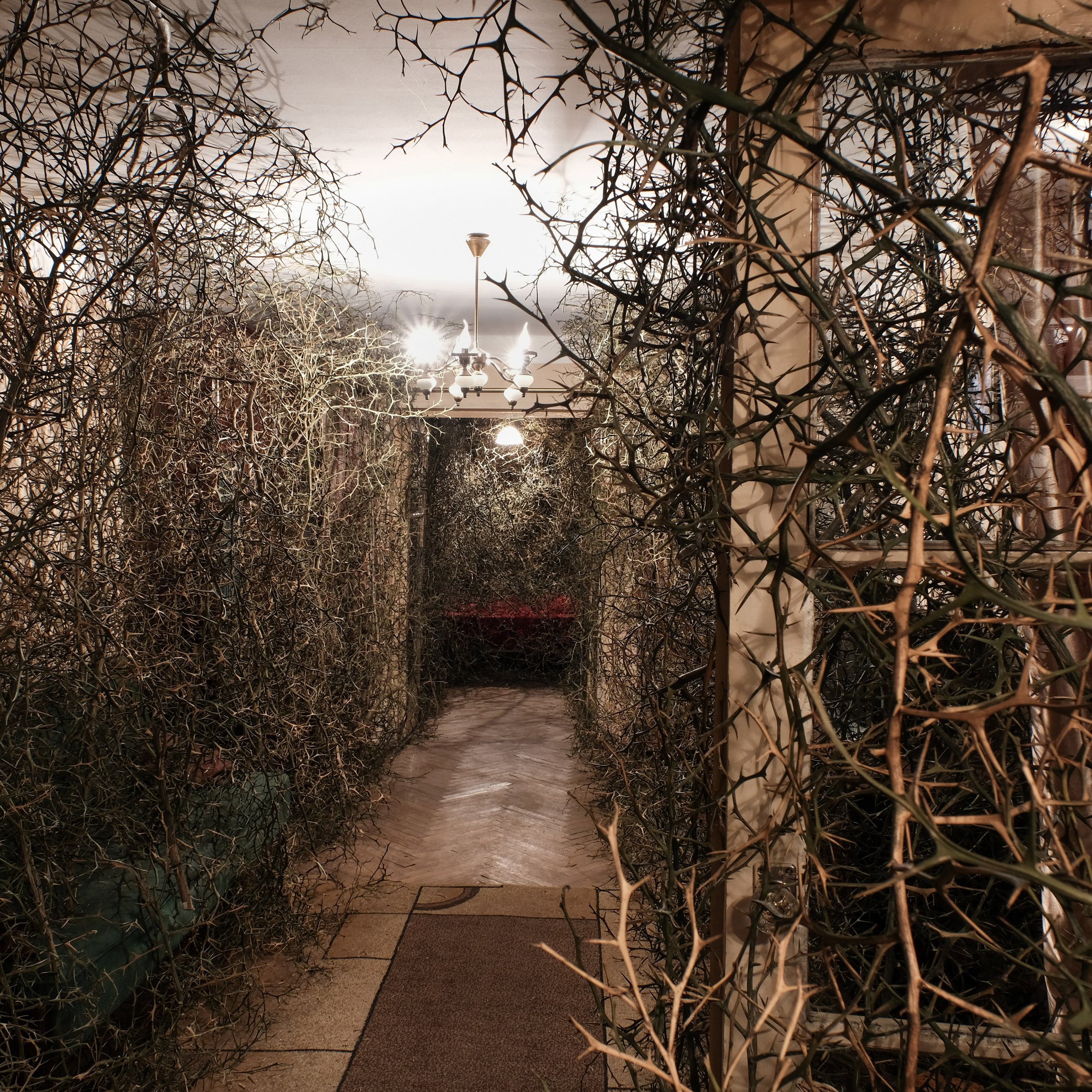 To Protect My House Whilst I’m Away by Nika Kutaledze

Rather than making the informal habitable, one biennial project made the habitable inhospitable. Artist Nika Kutaledze transformed a home in Tbilisi into an interactive fairytale nightmare, filling every room with the spiny branches of lemon trees.

The installation was a replica of a house from Georgia’s Guria region, where absent property owners who’d gone to work in the city filled their rooms with thorns to deter potential thieves and wild animals who might be tempted to nest there.

The post 10 installations from the first Tbilisi Architecture Biennial appeared first on Dezeen.