The architecture of Columbus, Indiana, has made the city an unlikely modernist mecca and is used as the setting for a new feature film. We’ve rounded up 11 of the best examples, which include a house by Eero Saarinen, a fire station by Robert Venturi and a library by IM Pei. 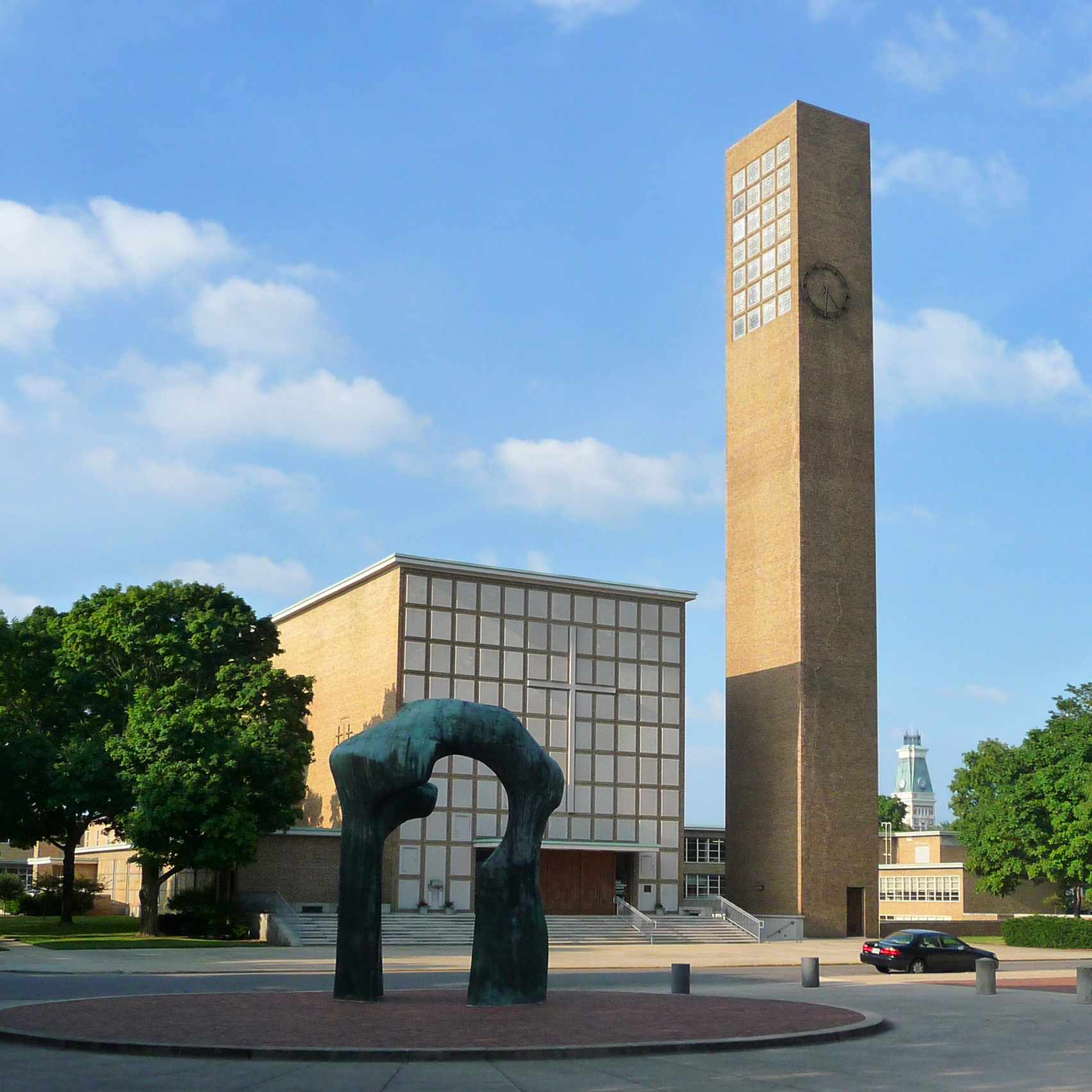 The First Christian Church was one of the first modernist religious buildings in the US, and – like many subsequent projects in Columbus – was proposed in the style by local industrialist J Irwin Miller.

Saarinen’s brick structure comprises cuboid volumes, including a tall tower with a perforated top that allows sounds from the organ to proliferate. 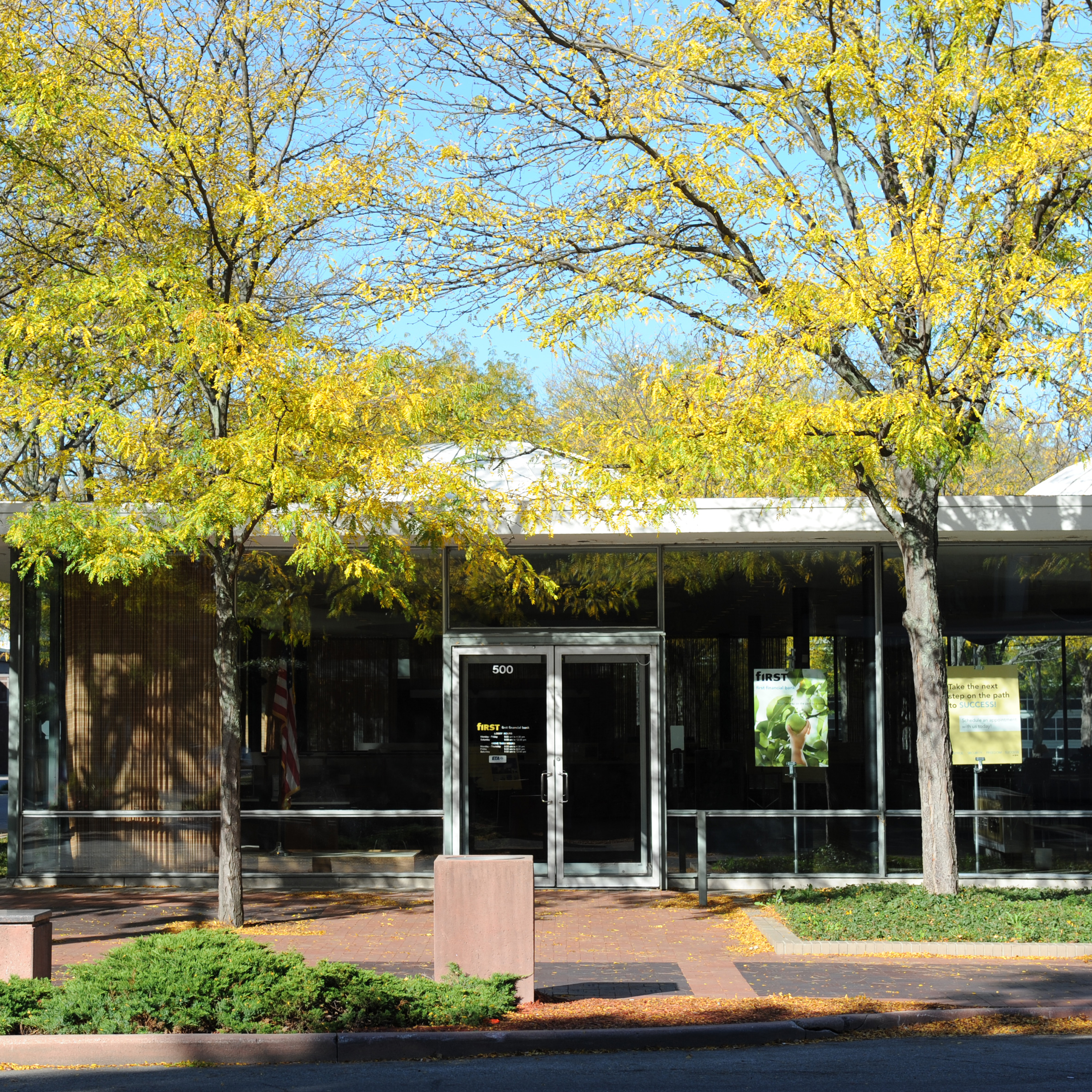 Designed as a counterpoint to neoclassical bank architecture, this single-storey building eschewed brick and stone for glass walls.

A grid of large domes forms the roof, which locals joked made it look like a brasserie factory, while the interior was kept open by clustering all the filing spaces at the centre. The structure was renovated and turned into a conference centre in 2014. 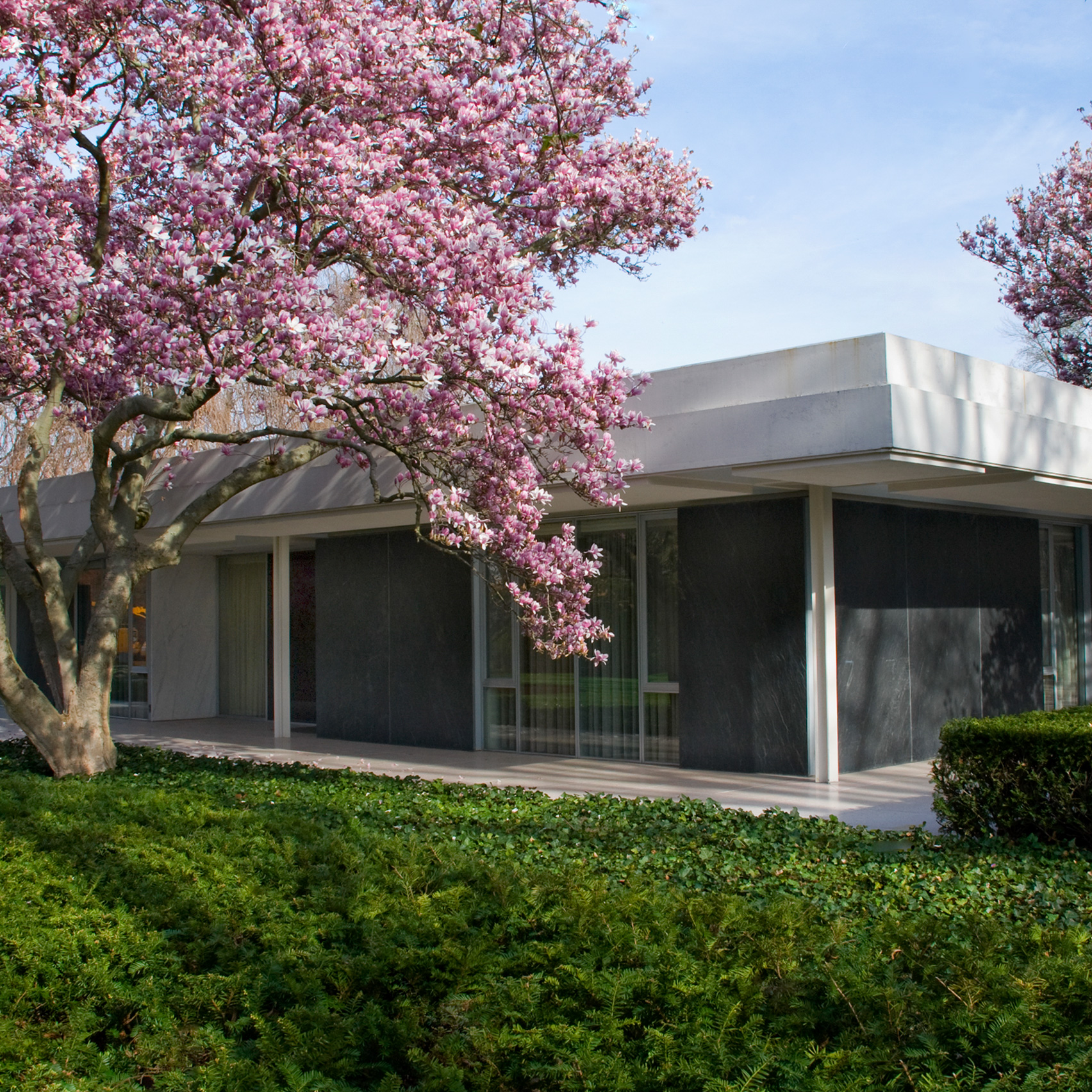 The younger Saarinen designed this mid-century home for J Irwin Miller and his wife Xenia, who owned the home until her death in 2008, when acquired by the Indianapolis Museum of Art and made accessible to the public.

The 6,838-square-foot (635-square-metre) building – one of the architect’s few private houses – is typical of modernist residences with its horizontal emphasis, abundance of glass, and open layout, which was furnished by Alexander Girard. 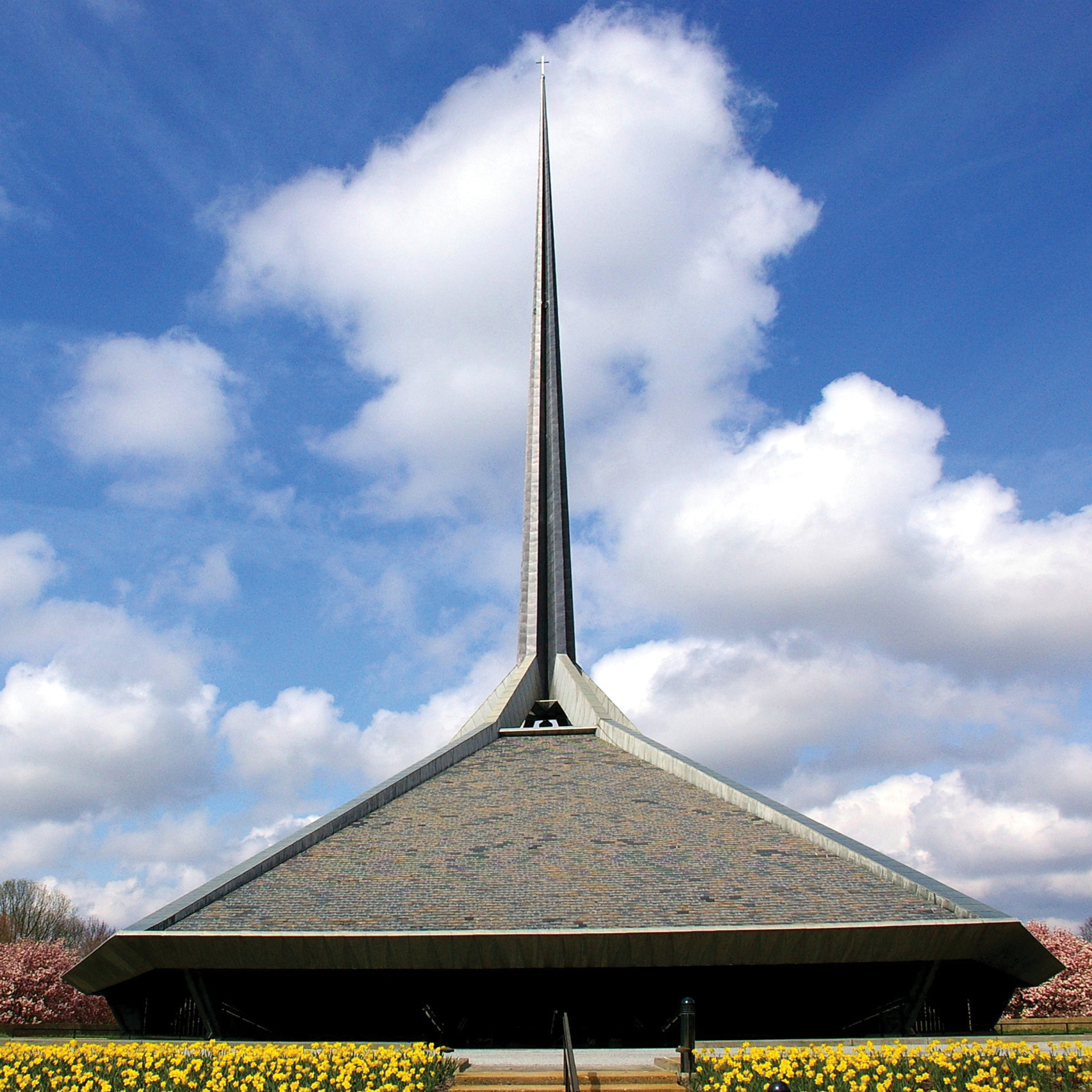 A slender, tapered metal spire rises 192 feet (59 metres) above the centre of this hexagonal church, while an oculus at its base lets in light.

The interior is organised around the central communion table, with seating stepped up each side apart from the one occupied by the organ. 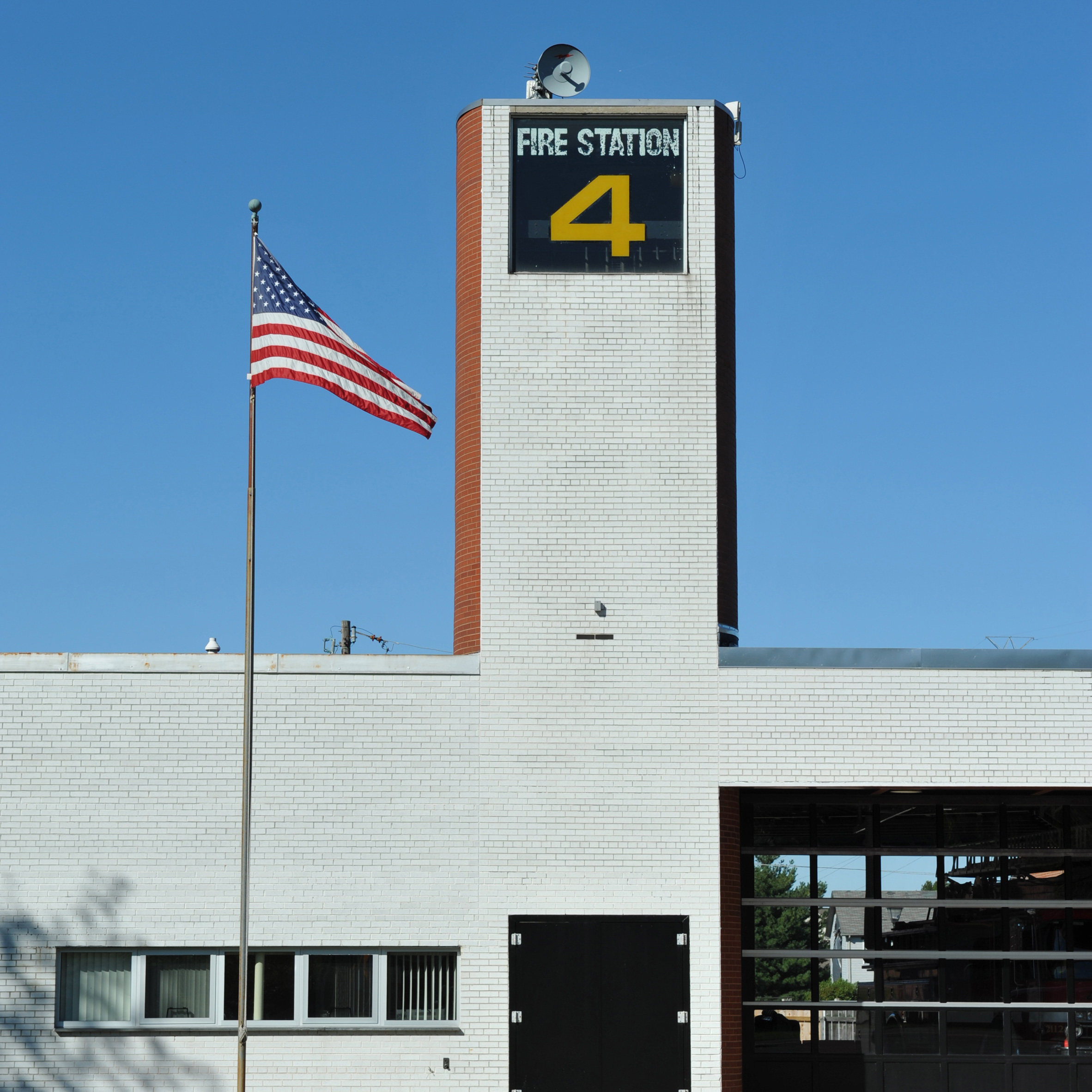 Venturi designed the front facade of the red-brick fire station to be symmetrical, even though the truck garage on one side is much taller than the office spaces on the other

In the middle sits a tower shaped like a cylinder with a vertical section sliced away, and a large portion of the wall is painted white. 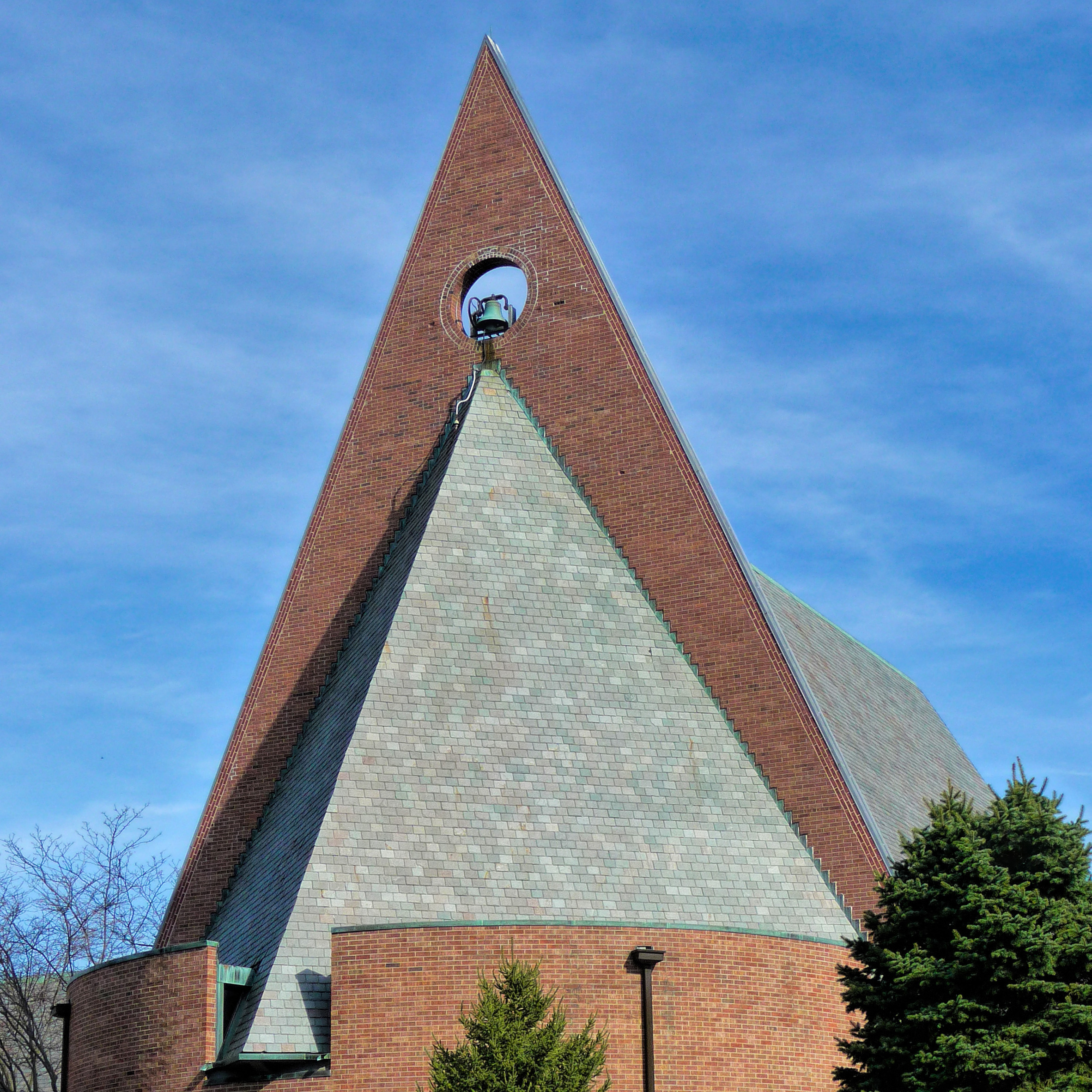 Two triangular-sectioned brick buildings house the principle spaces for this church complex, located in a suburban neighbourhood at the base of a gentle hill.

Brick walls and slate roofs were used for the exterior, while wood panelling and furniture create a contrasting aesthetic inside. 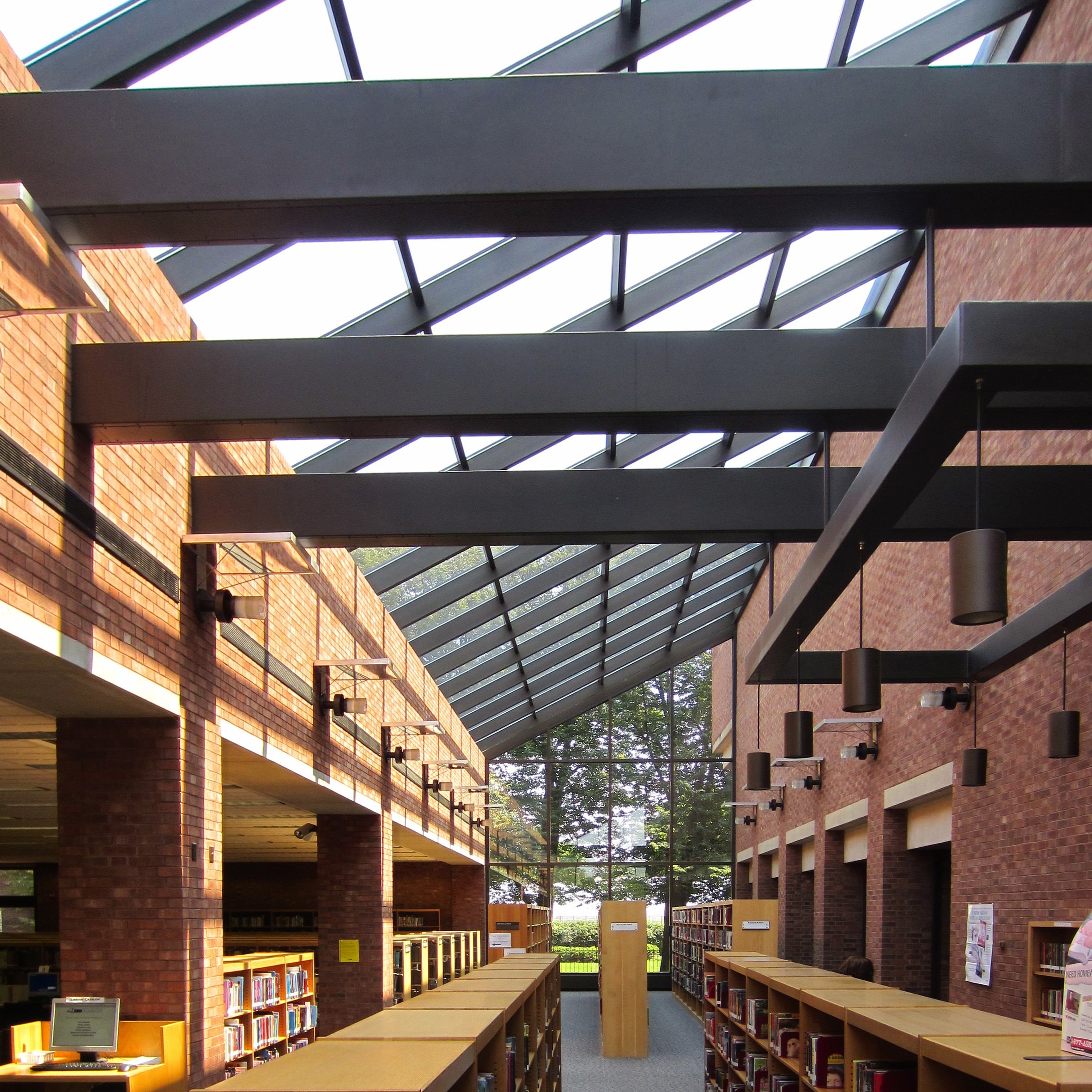 This red-brick building with concrete details presents an austere facade to the public plaza it abuts.

Light is brought in through a large canted skylight that runs down the middle of the structure, which has been added to and renovated several times during its lifetime. 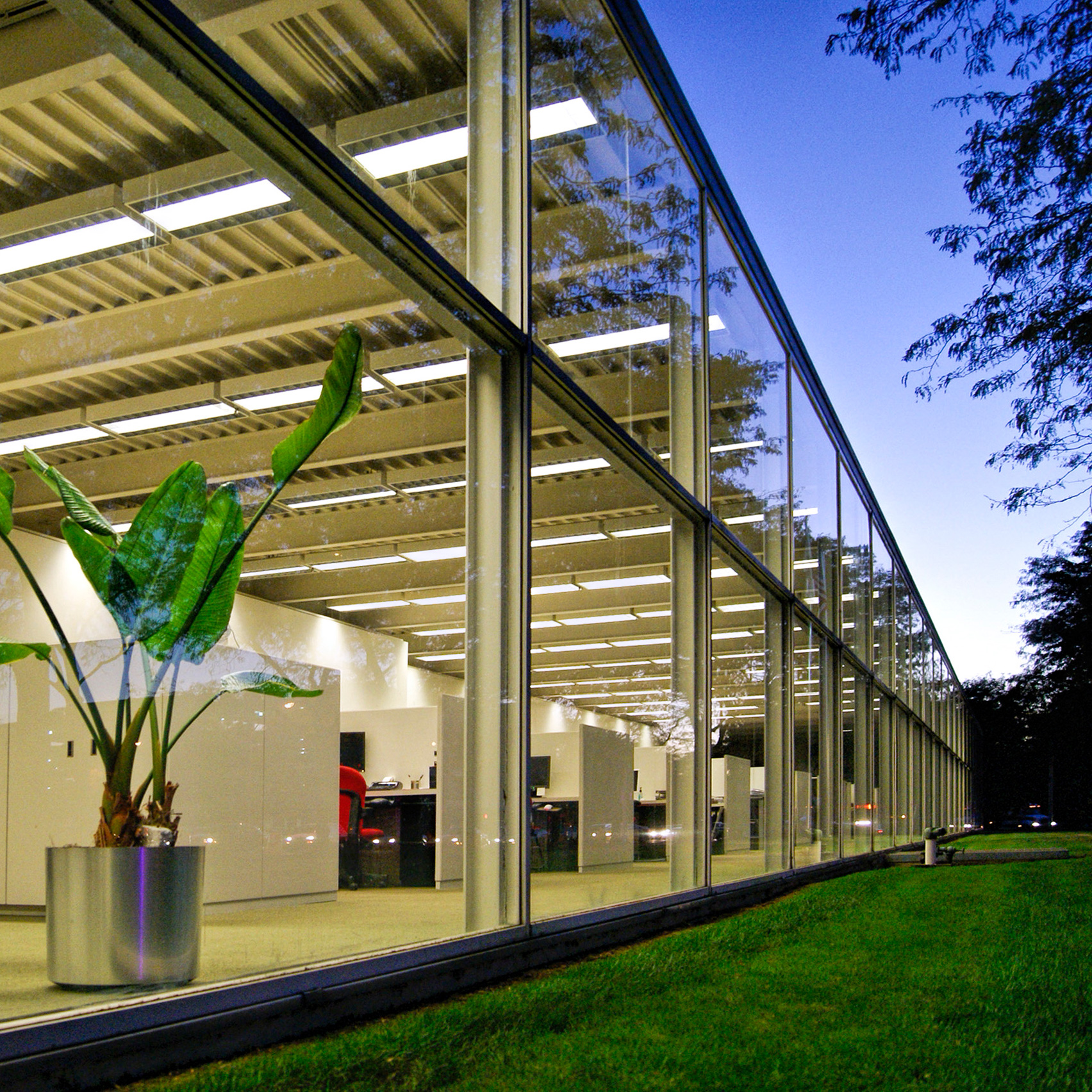 The Republic Newspaper Building by Skidmore, Owings and Merrill, 1971

Faced almost entirely in huge glass panels, stacked two high within aluminium frames, this office and plant for The Republic newspaper was the first project to complete as part of SOM‘s masterplan for revitalising Columbus in 1960.

The printing press was housed within an acoustically insulated, yellow pavilion that was anchored separately from the building’s foundations. 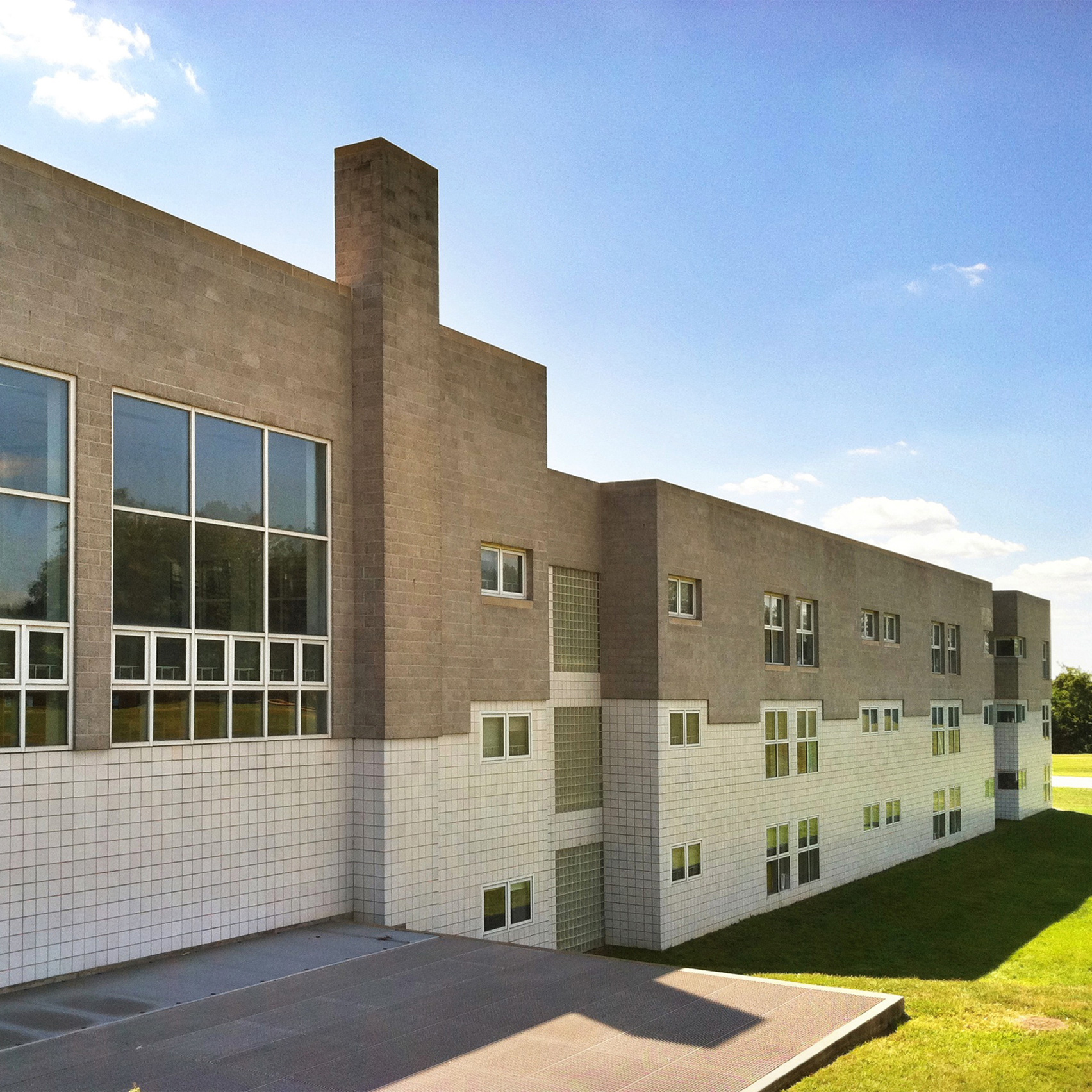 This 72,000-square-foot (6,690-square-metre) school for children from kindergarten to grade six comprises two wings: one for teaching spaces, and the other housing the library, cafeteria, gymnasium, and art and music rooms.

Teaching spaces are partitioned with moveable walls, and a ramp through the double-height library connects the two sides of the building at various levels. 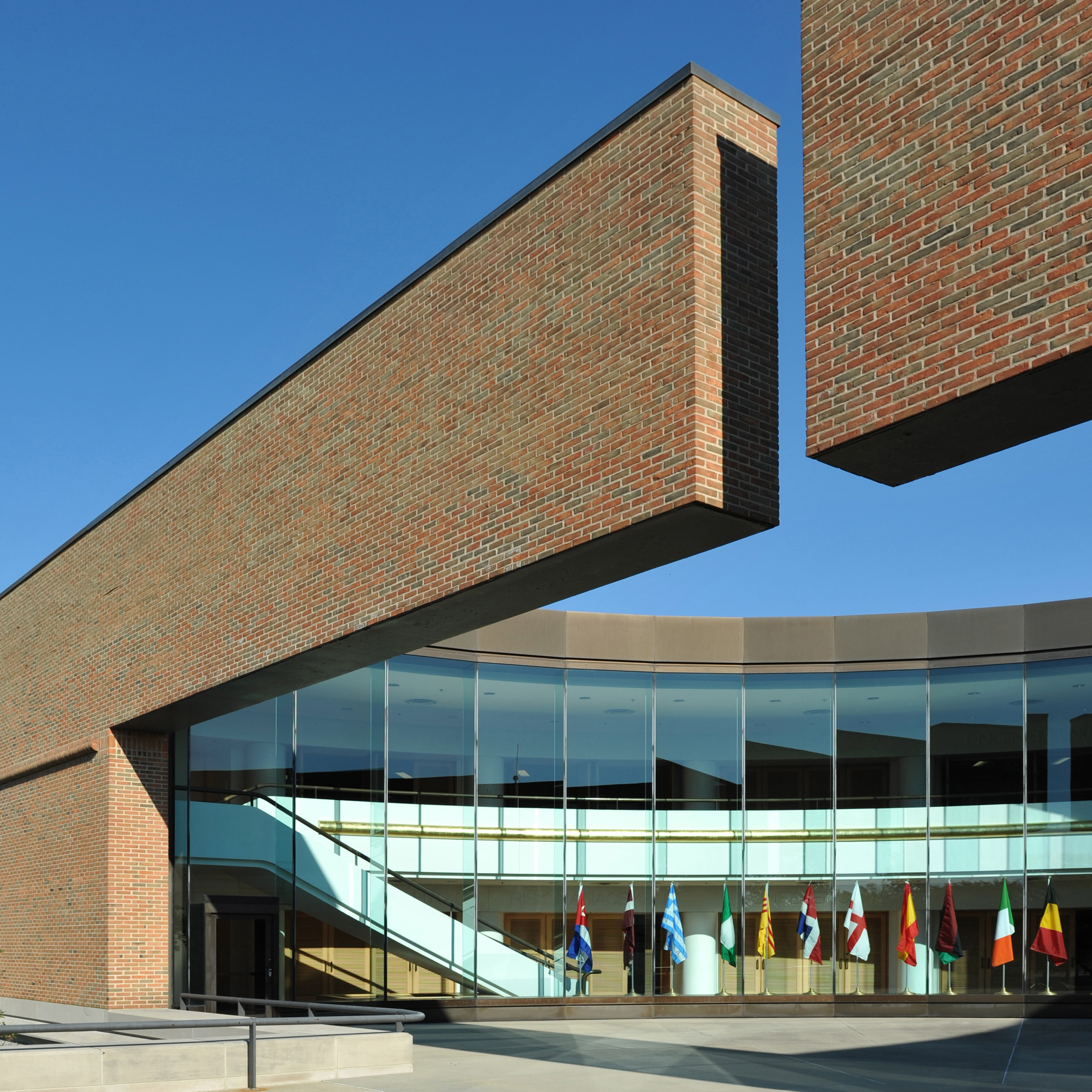 Its most prominent architectural feature is the forecourt in front of the curved glazed entrance, which is accessed under deep brick beams that extend from either side by don’t meet in the middle. 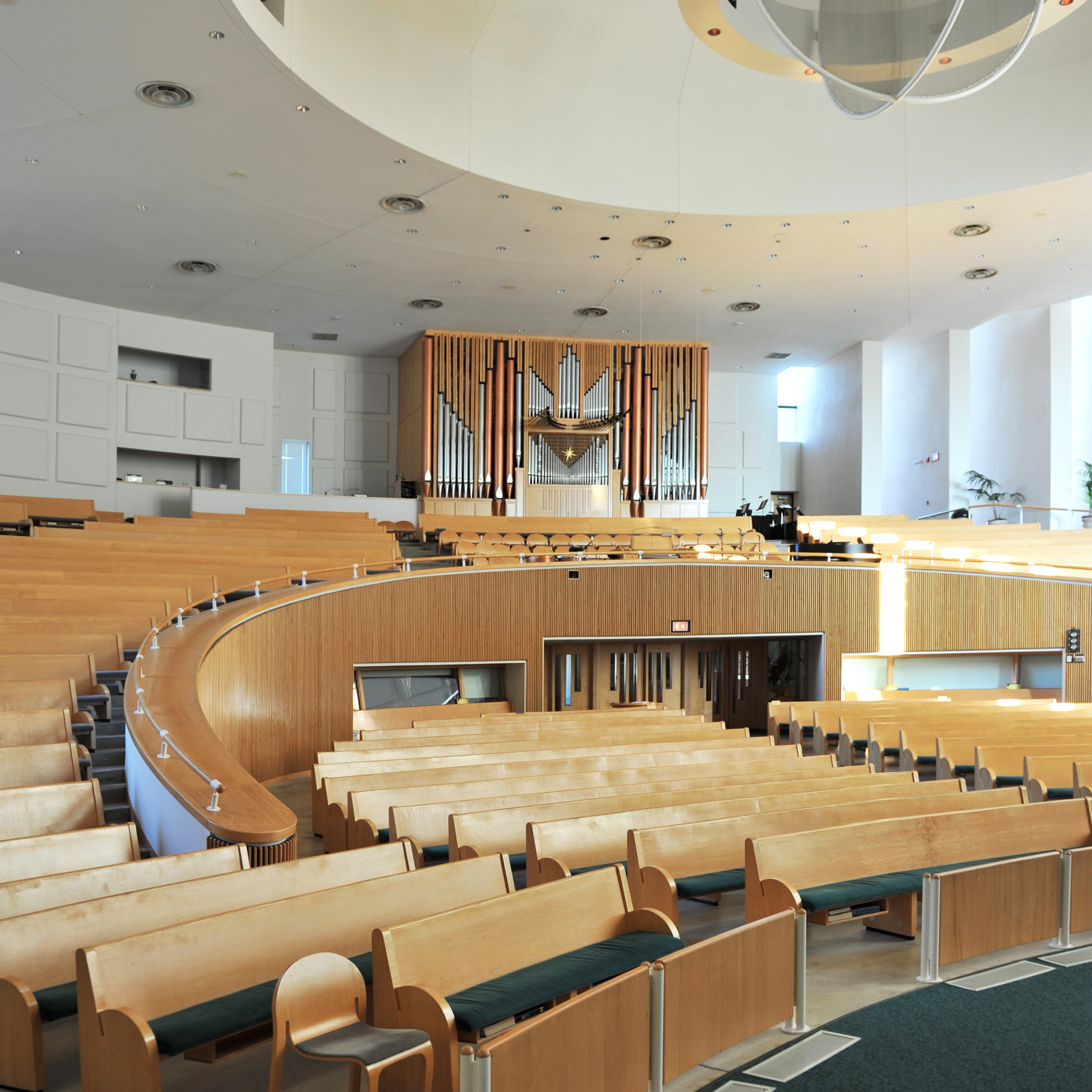 Similar to Eero Saarinen’s church, St Peter’s is topped by a tall, slender spire, but Birkerts clad his in copper that has patinated to green.

The heavy-looking building’s circular interior is washed in light from strips of windows sandwiched between sets of layered walls on both sides.