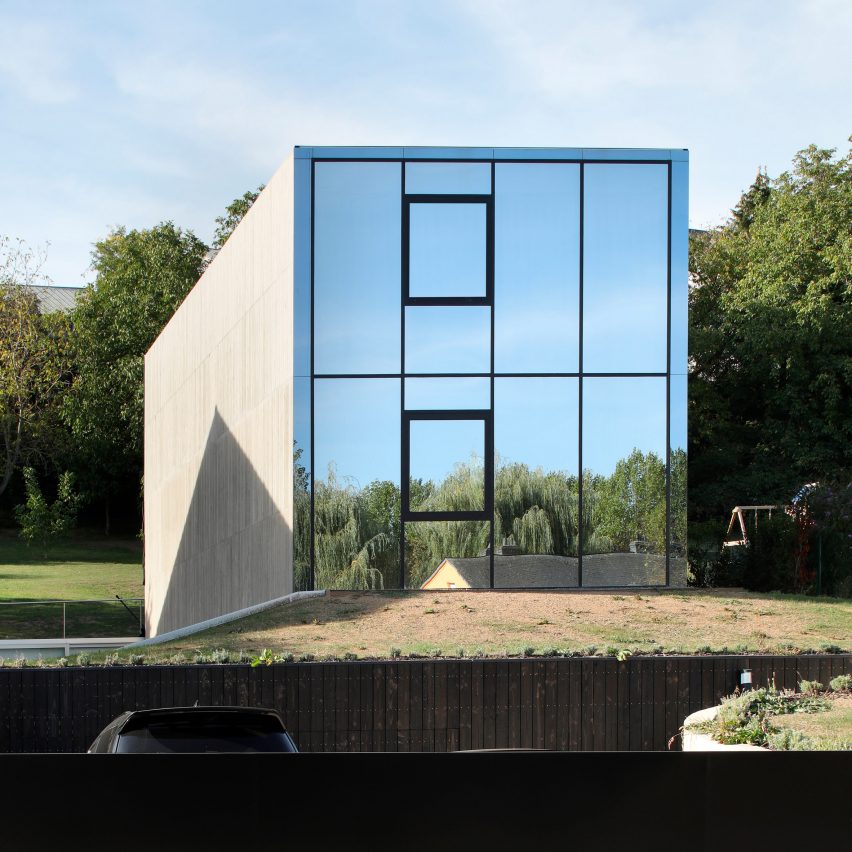 Named after a local strongman, Hercule is a concrete-and-glass house that makes the most of a small sloping site in Mondorf-les-Bains in the south of Luxembourg.

The name of the house is a nod to local hero Johann Grün, known as the Luxembourg Hercules, who rose to fame in the late 19th century. The architecture studio explained the choice as a reference to the “robust strength” of the concrete structure and its bold form in a relatively traditional neighbourhood. 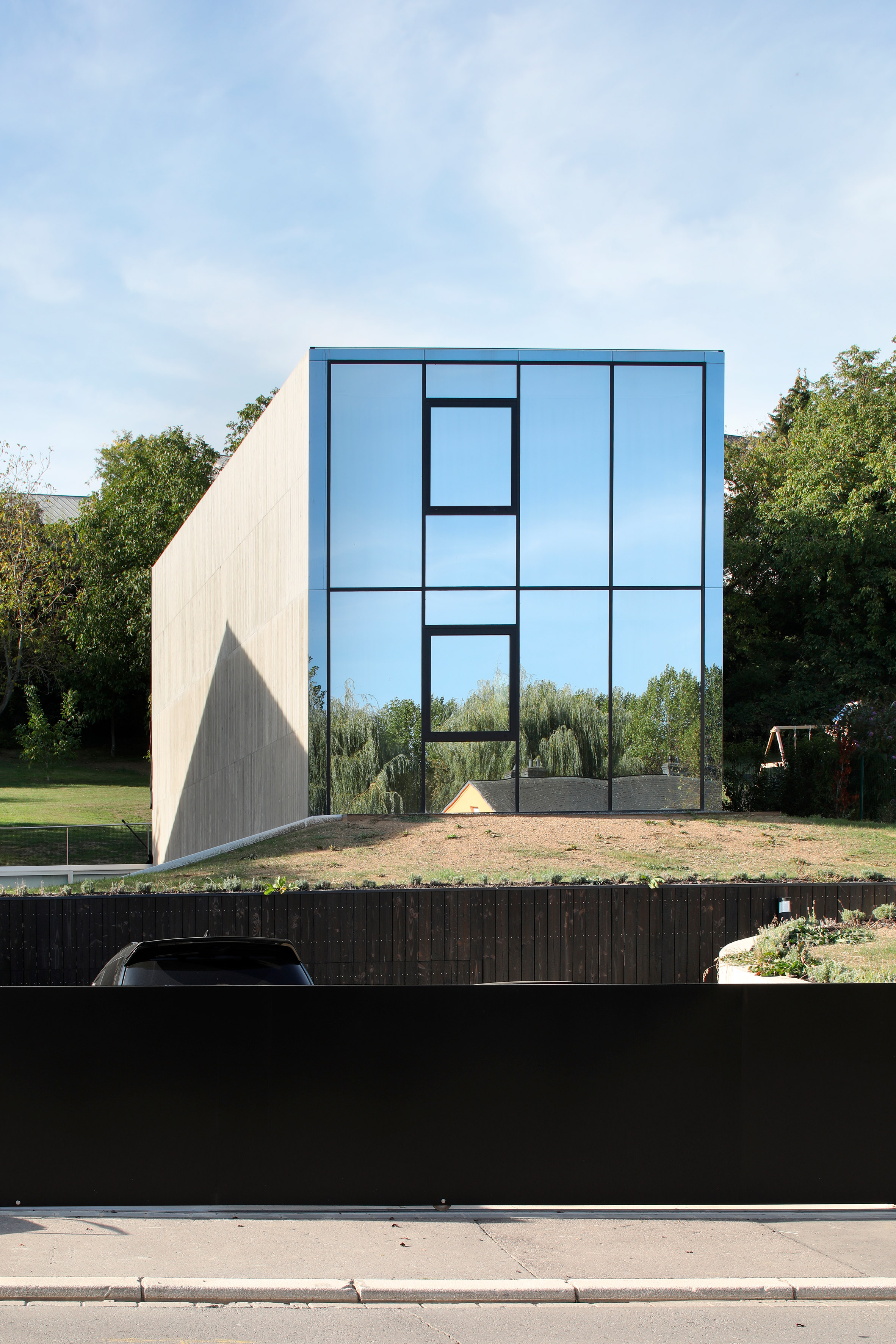 The couple that commissioned the house inherited the steep plot, which is sandwiched between a farmhouse and a typical Luxembourg suburban home.

“The wife felt that the program they were looking for demanded a big house, but that the plot would not allow for it and she clearly hinted at not wanting a house of the proportions of a typical Luxembourgish suburban house,” explained Philippe Nathan, founder of 2001. 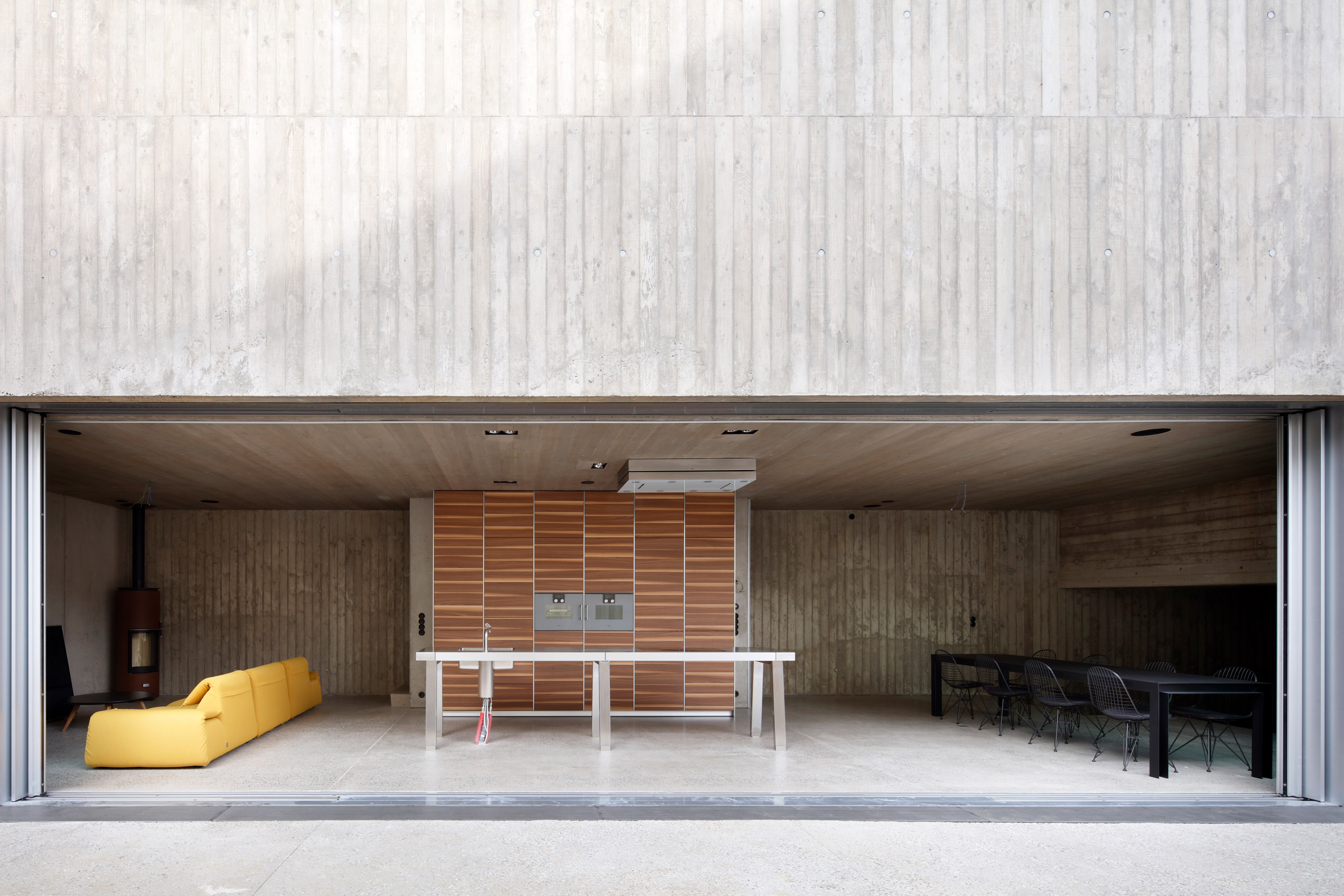 2001’s solution was to take advantage of the topography and build into the slope, creating a 446-square-metre building that steps down over three levels.

The house is entered from the lowest level, which is almost invisible from the street. This floor has the largest area and contains the communal, family spaces. The focal point is the open-plan 14-metre-by-six-metre kitchen, dining and living area that faces onto an enclosed patio at the side of the house. A garage and a small gym and wine cellar also occupy this level. 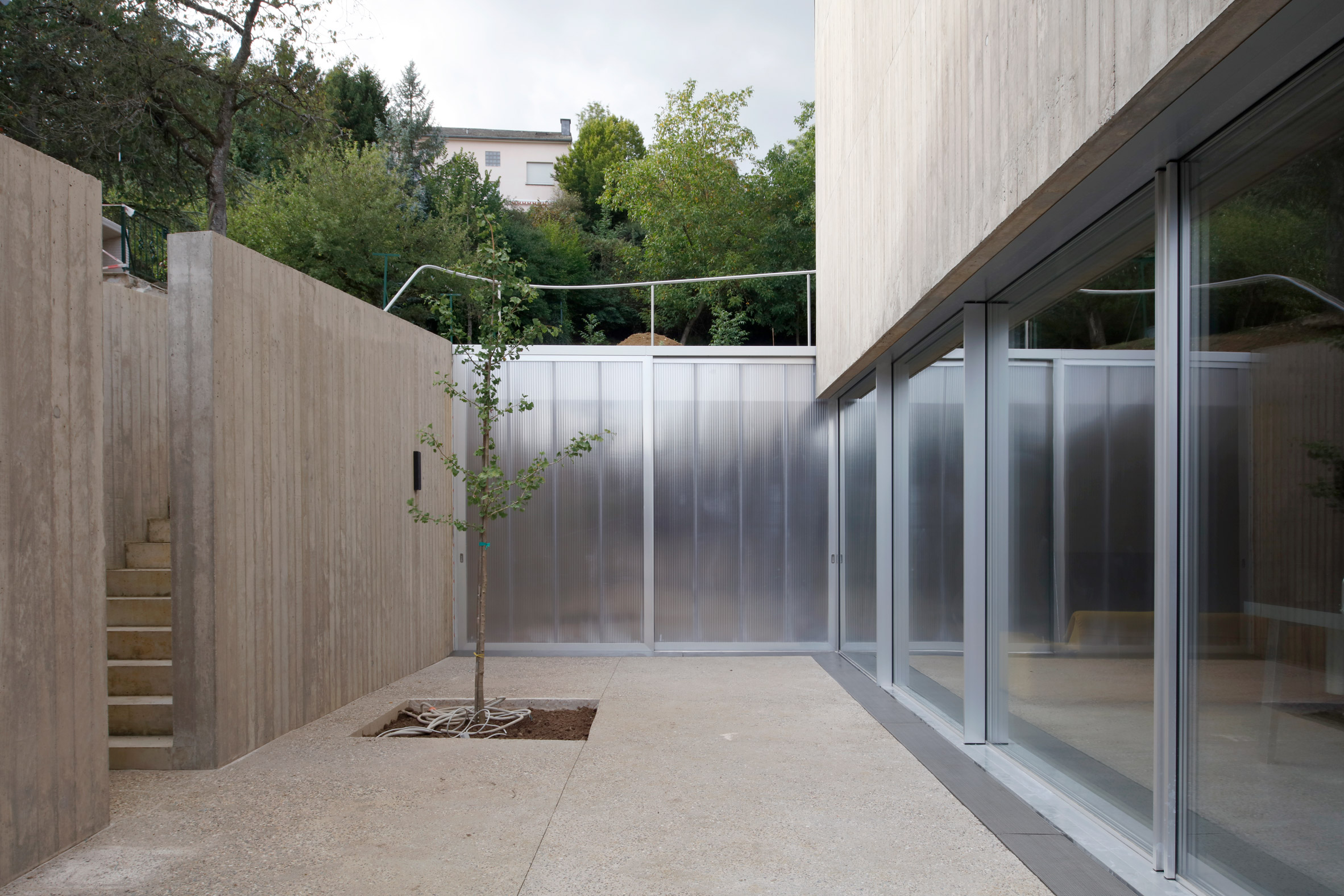 The master bedroom, two single bedrooms and bathrooms occupy the upper two levels, which protrude up from the site to give the impression of a more compact, concrete and glass building.

The structure had to be made of waterproof concrete due to massive amount of groundwater on the site. Nathan described the living area as “basically a submarine” made of concrete. 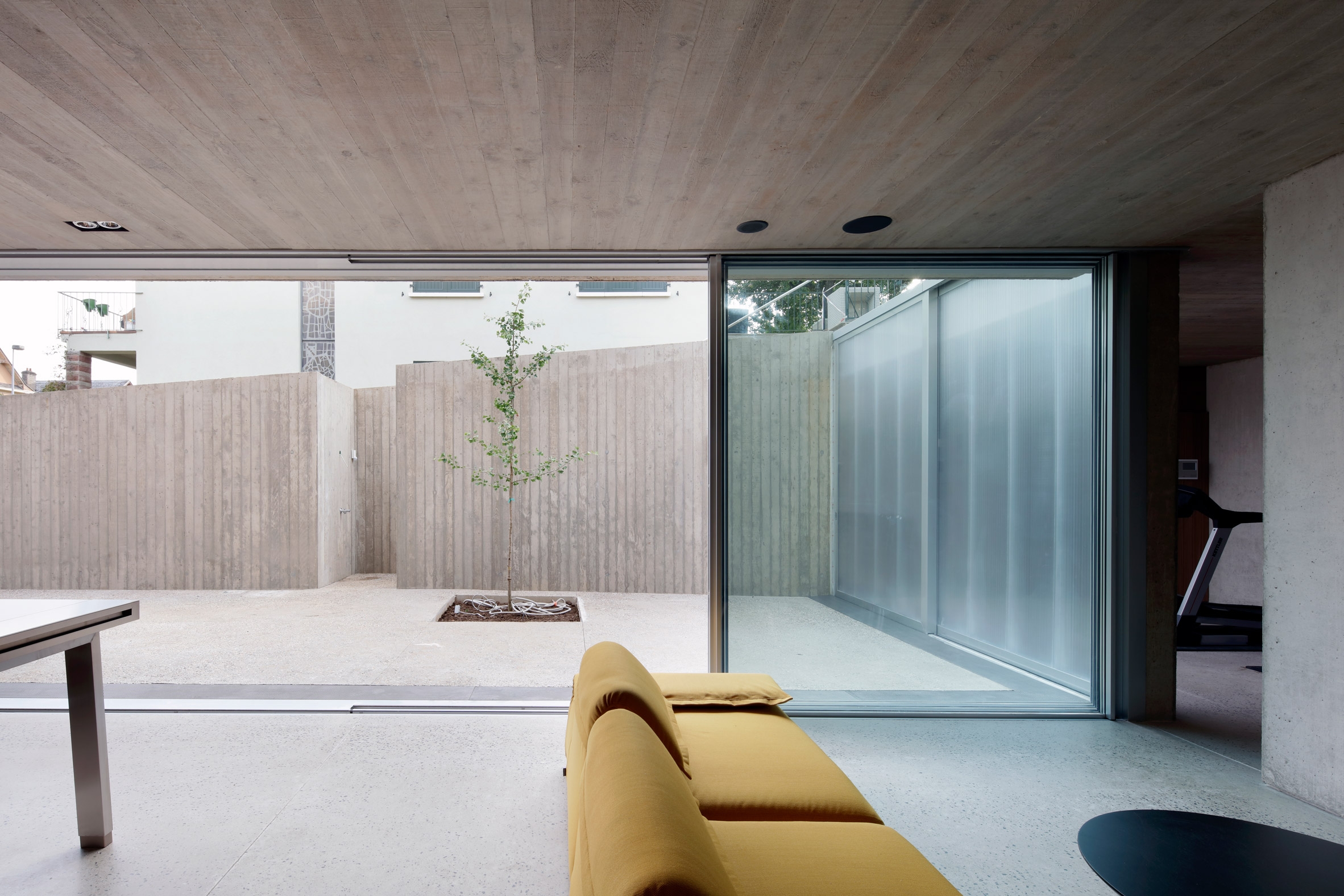 Concrete was also used to create the 14-metre beam that supports the upper structure of the house and creates a solid facade above the living area. The road and garden-facing facades are glazed, and the final side mixes glass and concrete with a series of picture windows.

The architects decided to make the structural concrete an aesthetic feature of the house, either polishing it or leaving the raw wood-plank marks from the forming process, depending on the space in which it was being used. 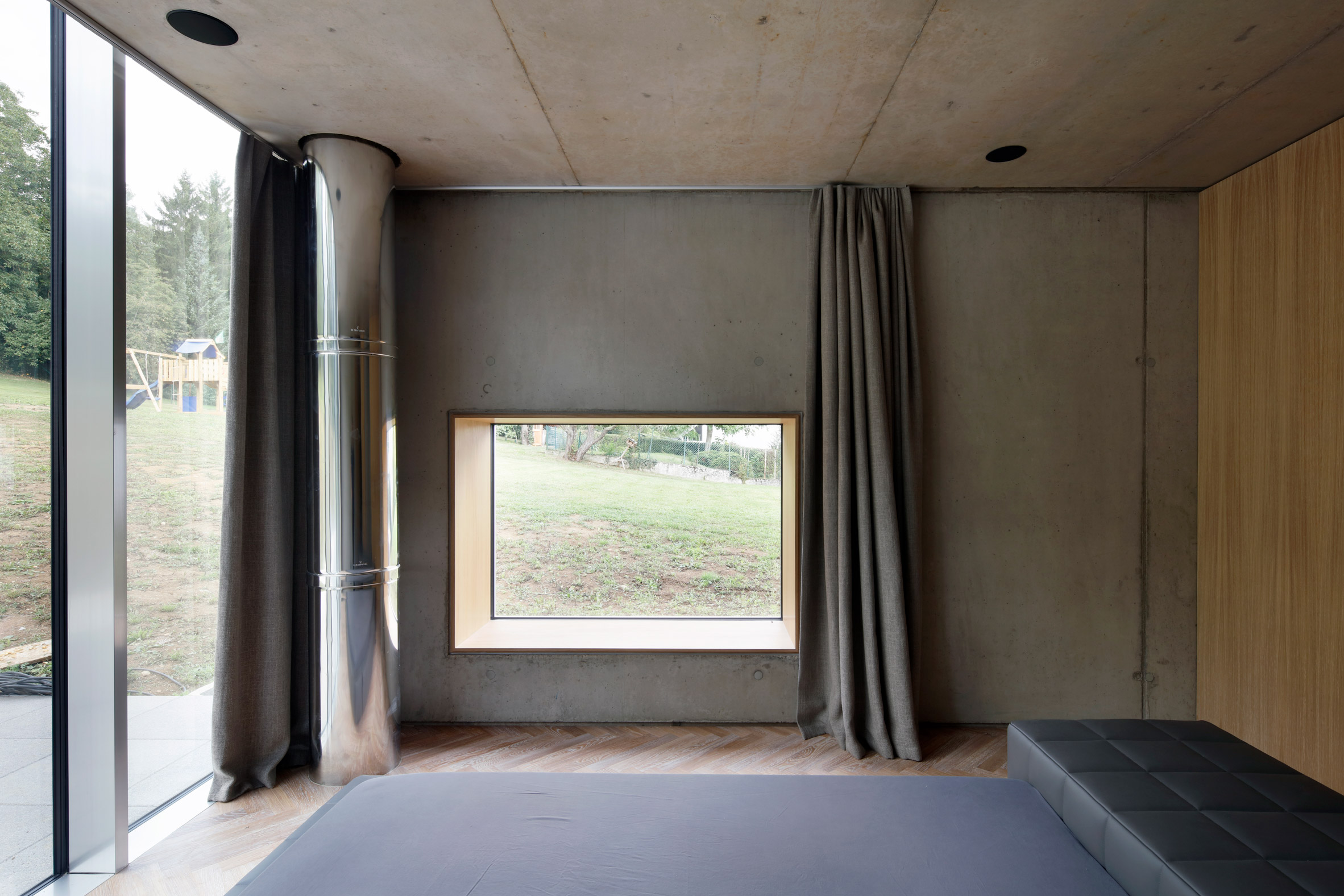 “The bathroom is split from the other spaces through a glass in which we integrated a metal textile, thus functioning as ‘spy glass’, enabling light transmission and views from the private spaces into the shared areas,” explained Nathan.

Local oak was used to create the shower floor, doors and bespoke fitted furniture in the children’s bedrooms. 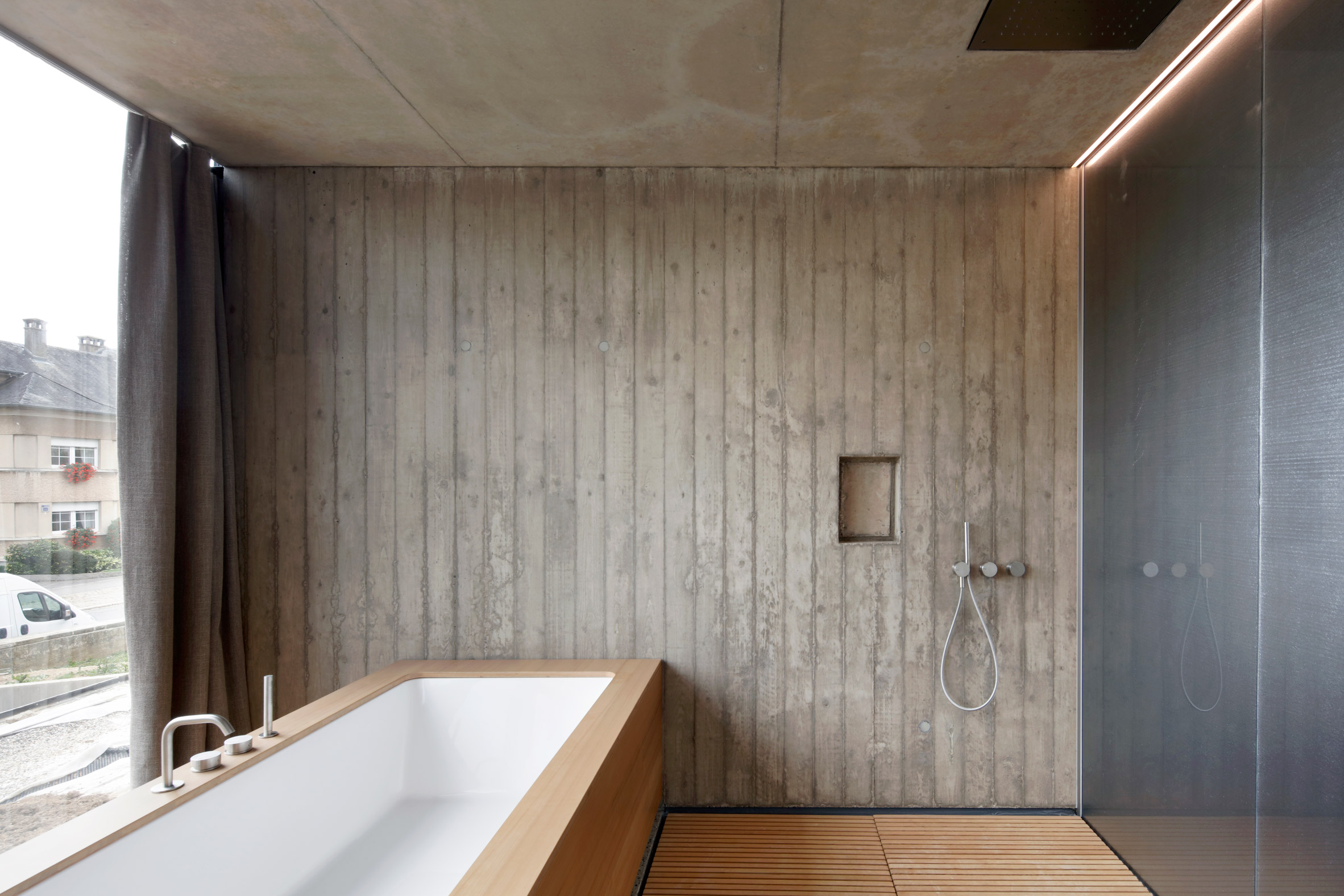 It took nine months of working with the local authorities to gain permission for the building. “Several changes they insisted on during the process, like for instance sloping the perimeter walls of the patio in order to fit exactly the natural incline of the plot, definitely improve the architecture,” Nathan told Dezeen.

“Most importantly, the house seems to have an impact on a larger scale and is qualified by some as a paradigm shift for building culture in Luxembourg, which is either ‘fairly traditional’ or ‘fairly expressive’.” 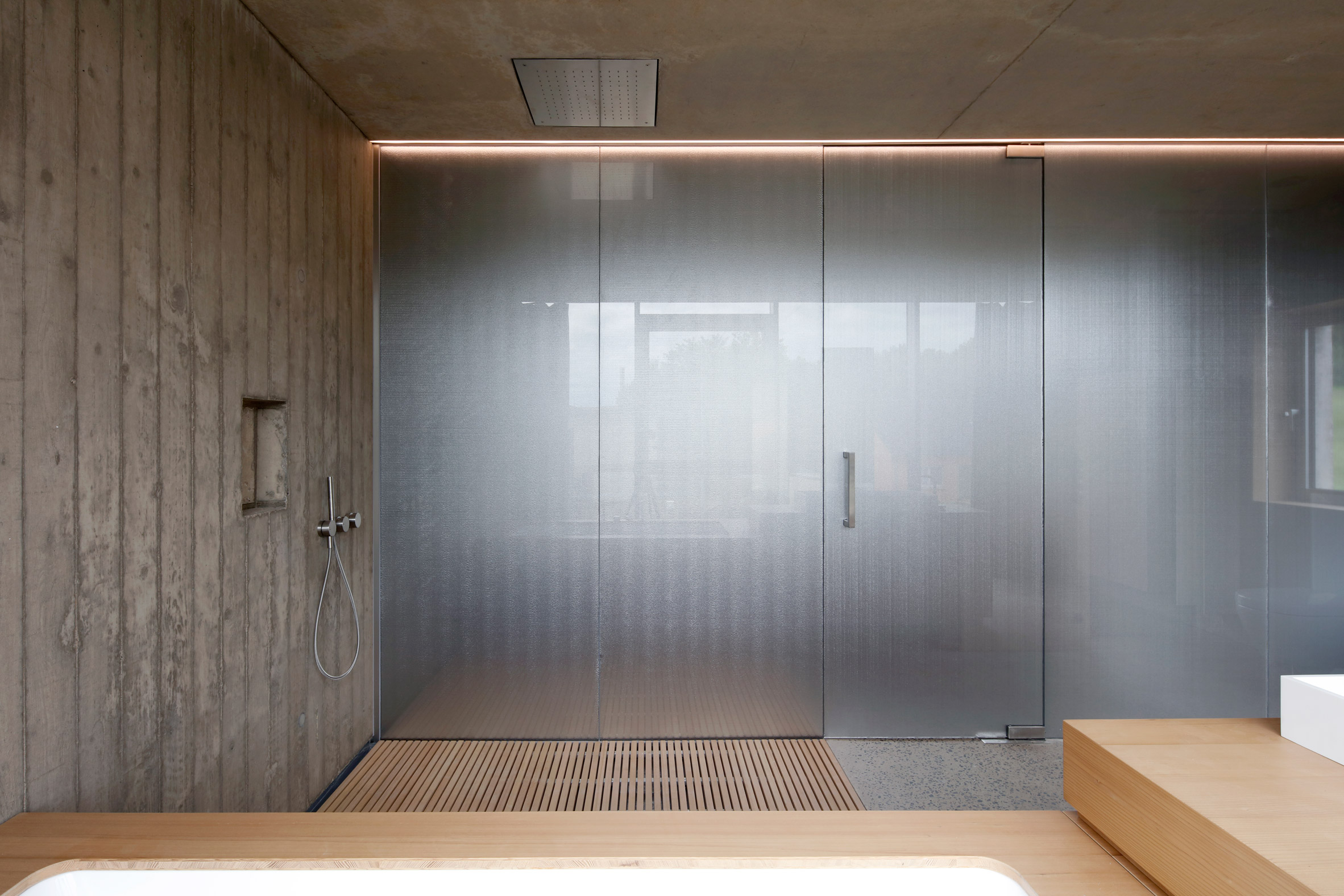 Founded by Nathan in 2010, with Sergio Cavalho joining as a partner in 2014, 2001 is based in Luxembourg. The architecture studio has previously featured in the Luxembourg pavilion at the Venice Architecture Biennale and is currently working on various housing projects in the country as well as a garage for a car collector and a medical centre.

Other examples of houses where concrete structures have been used to negotiate a complicated site include a recently completed home by London firm Carmody Groarke, which is slotted inside a Victorian warehouse.

Photography is by Maxime Delvaux.