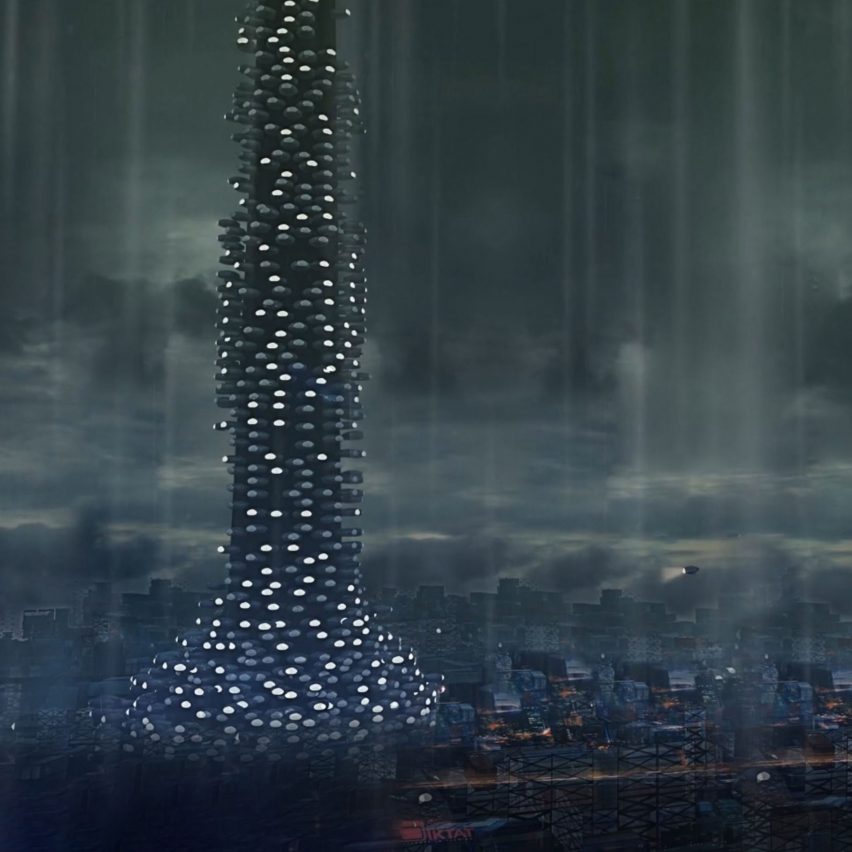 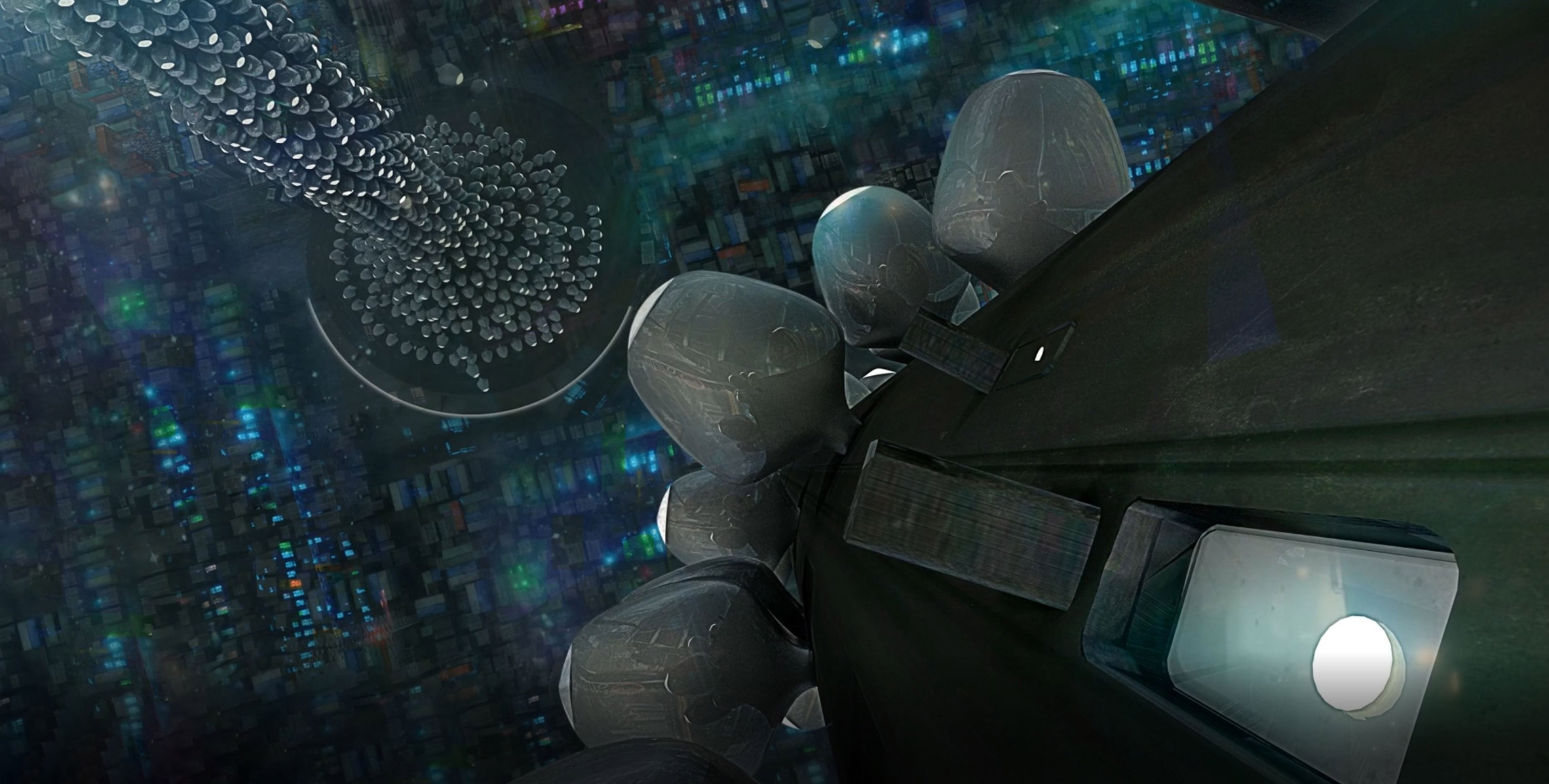 “Personally, I believe that metabolism is the future of cities with its architectural megastructures and organic biological growth,” Kogan told Dezeen.

“Japanese architects such as Kiyonori Kikutake, Fumihiko Maki, and Kisho Kurokawa with his Nakagin Capsule Tower, were deeply inspired sources.”

Residences in the film are imagined as pods that appear to sprout from huge towers. Called “villadrones”, each of the homes can be detached and flown using drone technology to move to different towers, depending on the owner’s circumstances.

“The main idea of a dystopian future ended up being based upon nomadic habitation founded on drone systems composing 1000-unit metabolistic towers,” Kogan added. “The residents can move to better or worse places according to their needs or financial situations, in other words, nothing has changed!” 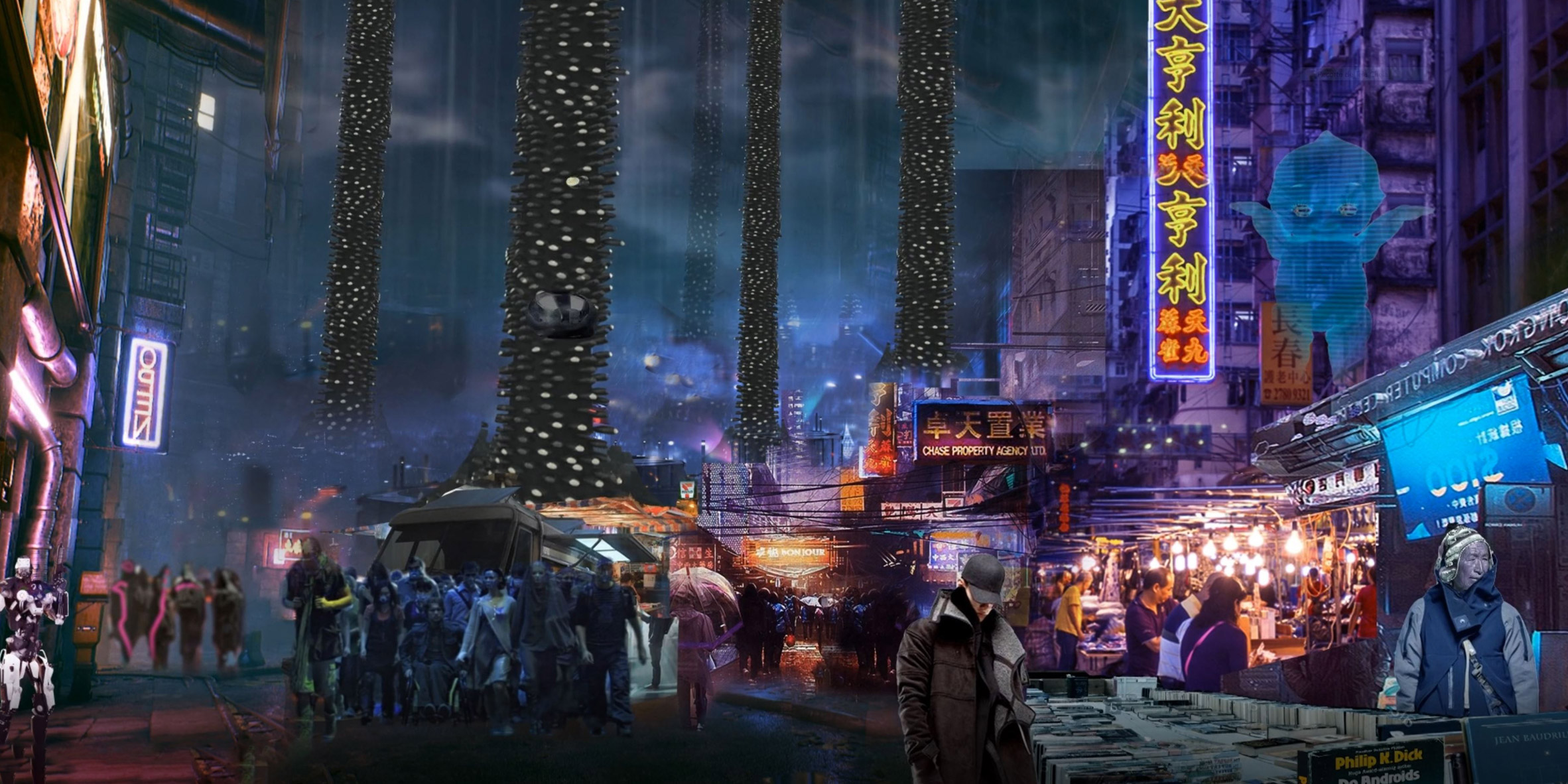 Studio MK27’s concept for A Metallic Villadrone was kickstarted by an idea the studio developed for Dezeen’s 2018 MINI Living Future Urban Home Competition.

“I was always fascinated by this theme,” Kogan added. “We had already done a project for a nomadic shelter to be used on the moon.”

The studio first sketched out illustrations to resemble “futuristic retro comic books”, and then developed the film using special effects and collages.

The nearly four-minute-long short shows the city through the eyes of a resident as they undertake everyday tasks on the last day of the year 2100.

It is also narrated by the resident – the voiceover is provided by British actress Lydia Rose Bewley – to reveal extra information of a dystopic future.

Details include the ideas that 3D-printed food is commonplace, robot chefs are vintage and body organs can be easily replaced.

Kogan said that many of these ideas take cues from science-fiction movies and literature that have similarly explored future living. 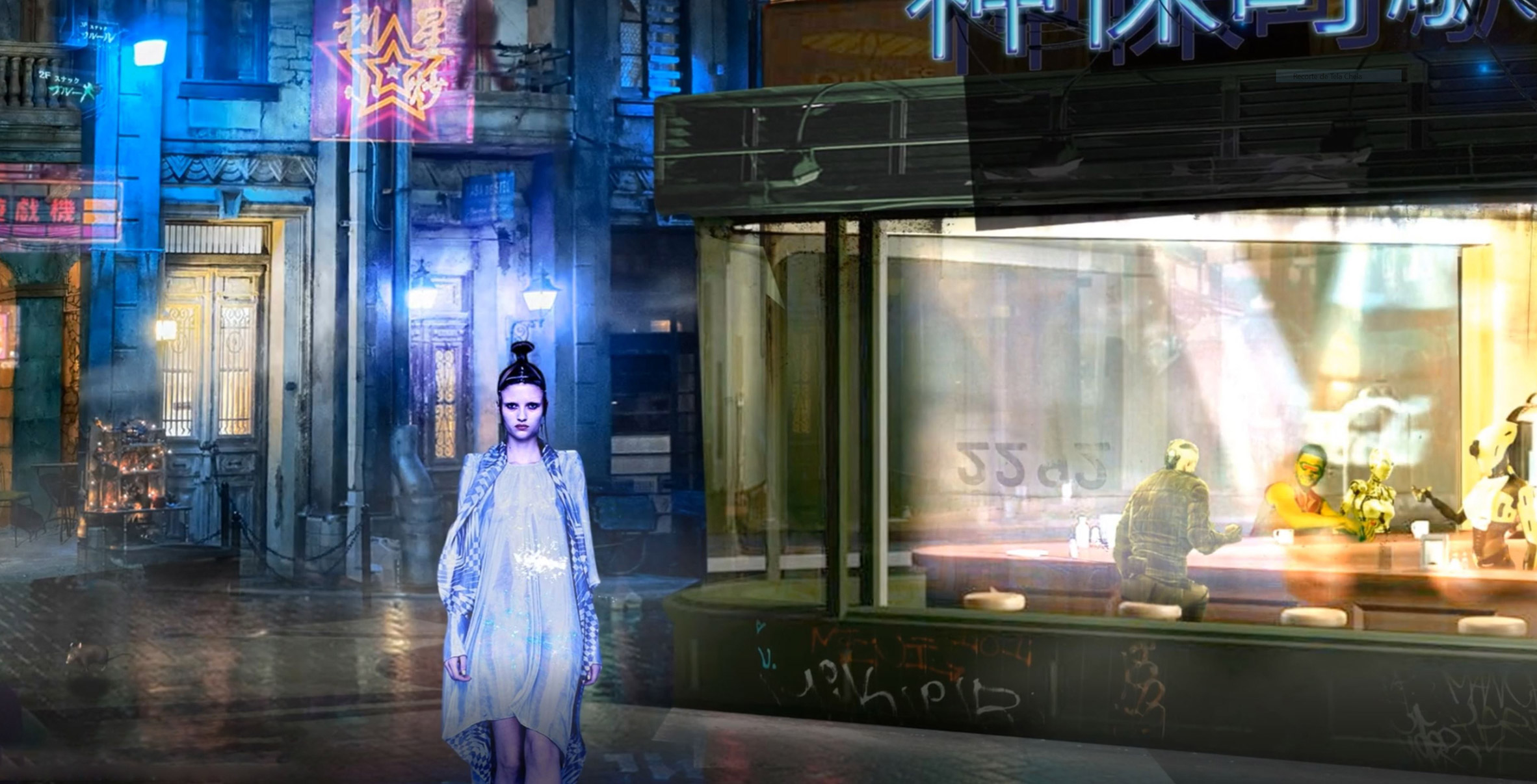 “For the A Metallic Villadrone project we began a profound investigation from scientific articles to literature and even movies to try and see what they had thought about this subject, such as Clockwork Orange, 1984, Blade Runner and 2001: A Space Odyssey,” Kogan continued.

“Small citations such as the Bauhausian Triadisches Ballet by Oskar Schlemmer, which appears holographically in the window at a mall, an old surviving bar that reminds us of Edward Hopper, and the nostalgic dream of a home like Villa Malaparte, appear in the film.”

A Metallic Villadrone is the latest architecture film by Kogan, who was previously a film director.

Others have focused on Studio MK27’s projects, including one that explores the interior of Micasa Vol C through the eyes of a bee, one that shows his Toblerone House from the perspective of a cat and another that suggests his Redux House was the cause of a marriage breakup.