Adrian Smith + Gordon Gill Architecture has unveiled plans for a glass office tower in Downtown Toronto, the latest in a string of skyscrapers proposed for the city.

160 Front Street will rise 46 storeys close to the Entertainment District and the iconic CN Tower. The area is already dense with skyscrapers, but several more have been unveiled for this and other parts of the city over the past year. 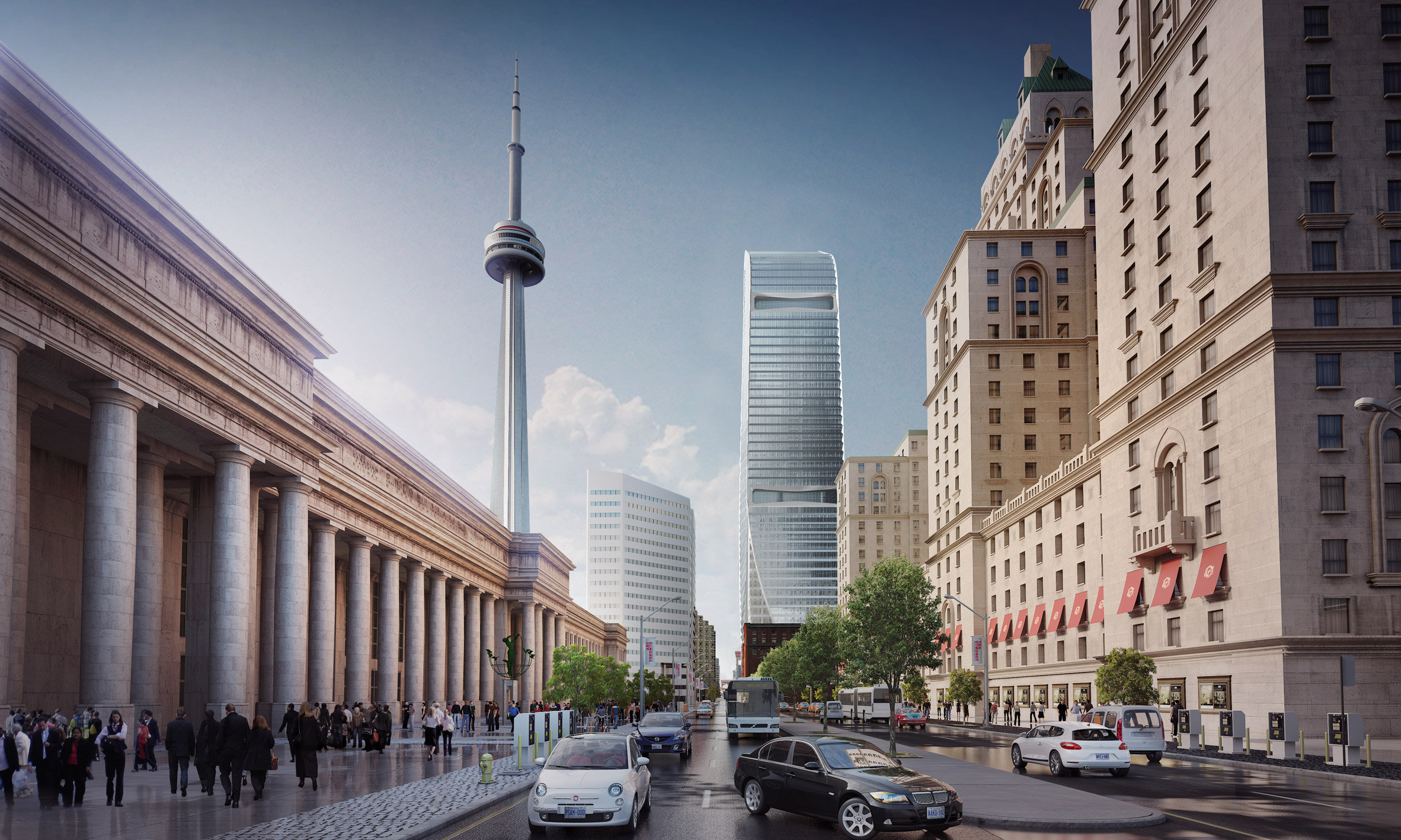 Towers by Studio Gang, Rogers Stirk Harbour + Partners, Hariri Pontarini Architects, 3XN, and Foster + Partners are all in the works. 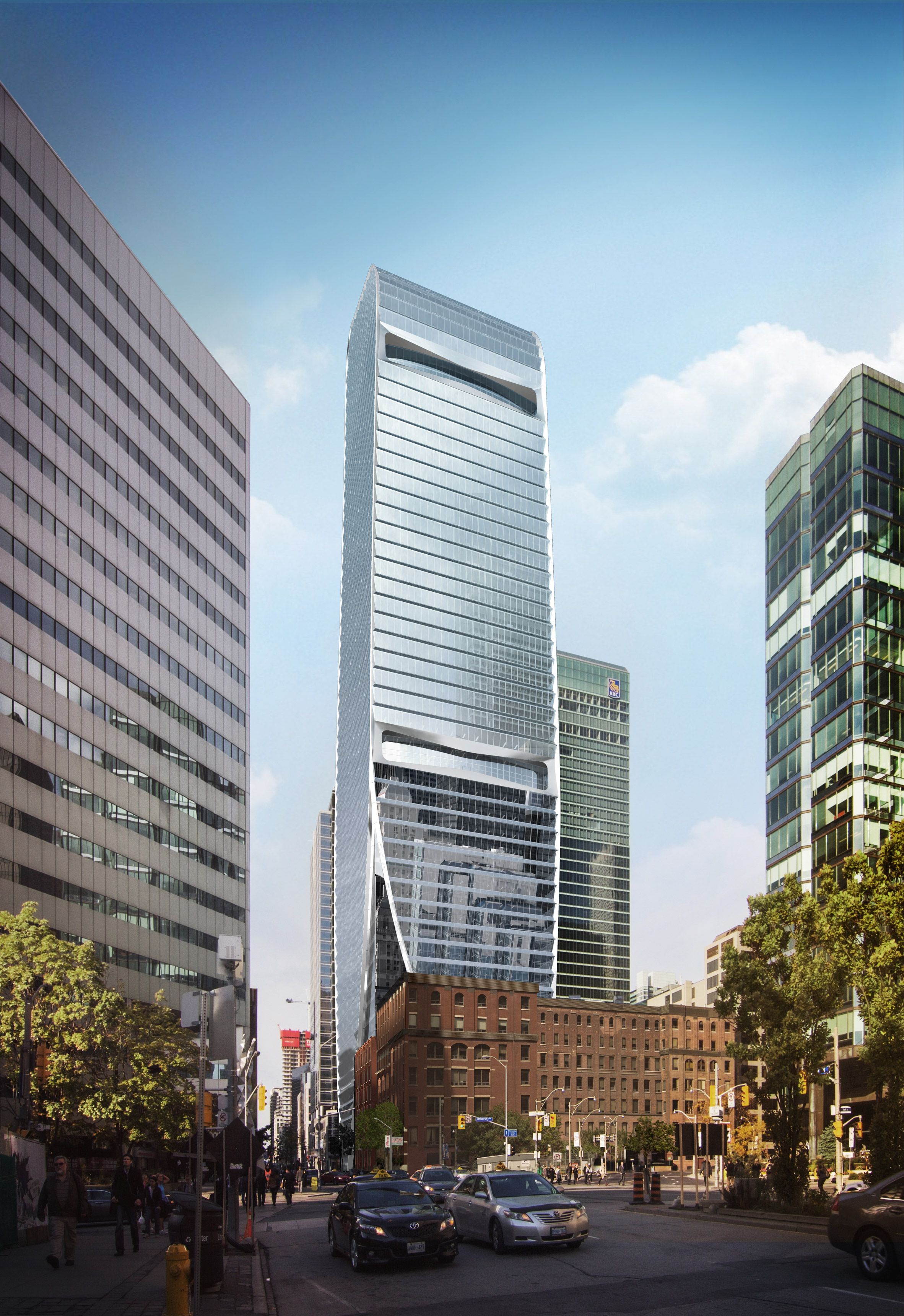 The office tower is designed to withstand the strong winds and snowstorms experienced in Toronto, where cold air masses meet the expanse of warmer water in Lake Ontario.

“The building’s form was sculpted in response to extensive environmental analysis,” said a statement from AS+GG. “One of which included that the main axis of the building should ideally be oriented parallel to the direction of the site’s prevailing winds, minimising its resistance to the wind’s lateral loads.”

The curved top of the tower deviates from the more traditional rectangular shapes of buildings in the vicinity. Its slanted peak is echoed by an inward taper towards the base, creating an almost trapezoidal section.

“We spent a significant amount of time on analysis,” said Smith. “It’s a holistic building that incorporates its form with its performance,” added Gill. 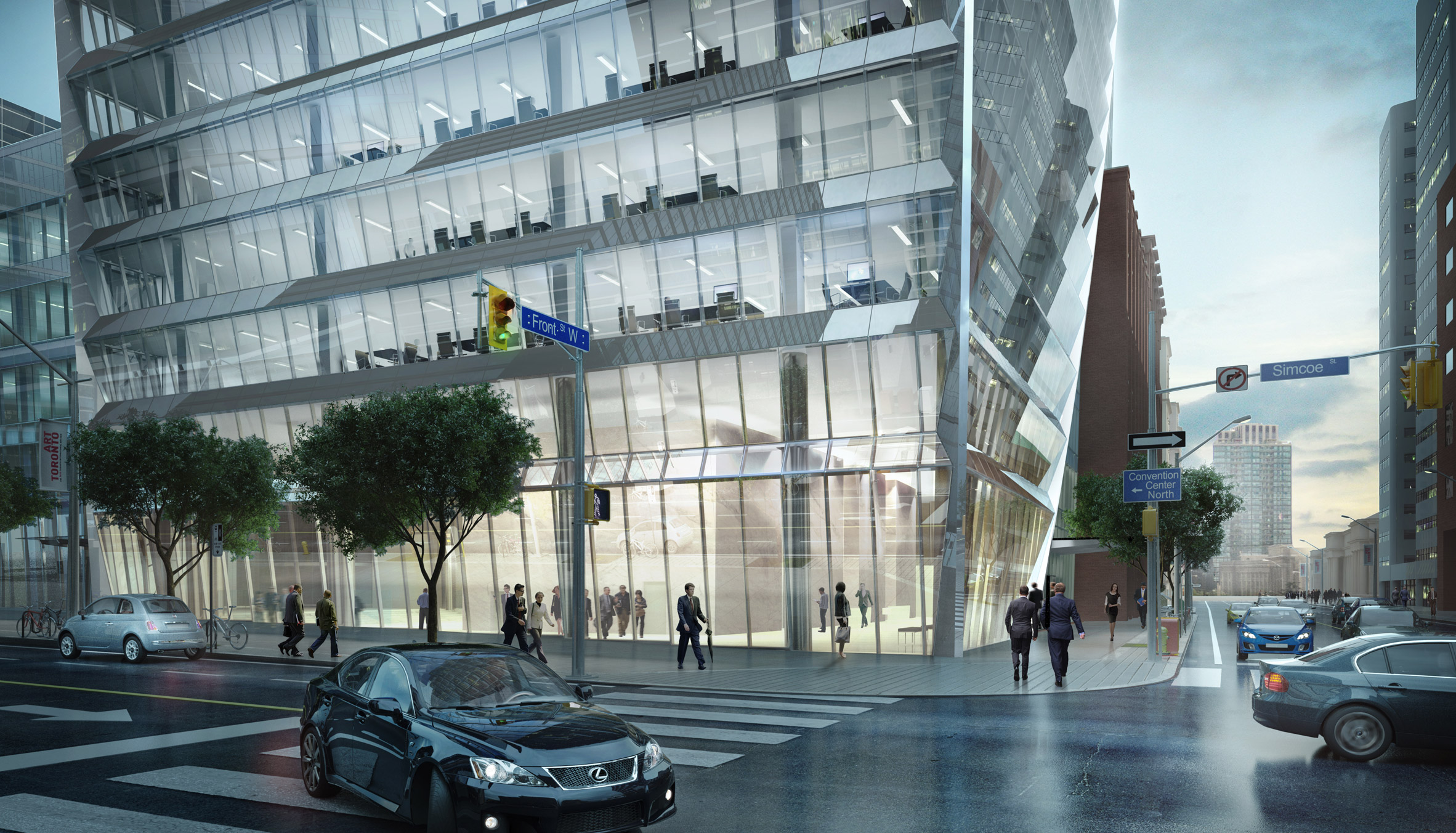 Angled facades at street level are intended to minimise its imposition on pedestrians, while plans include wider sidewalks and landscaping along Front Street and Simcoe Street. Four levels of parking underneath the building will accommodate 340 cars, along with ample bike storage. 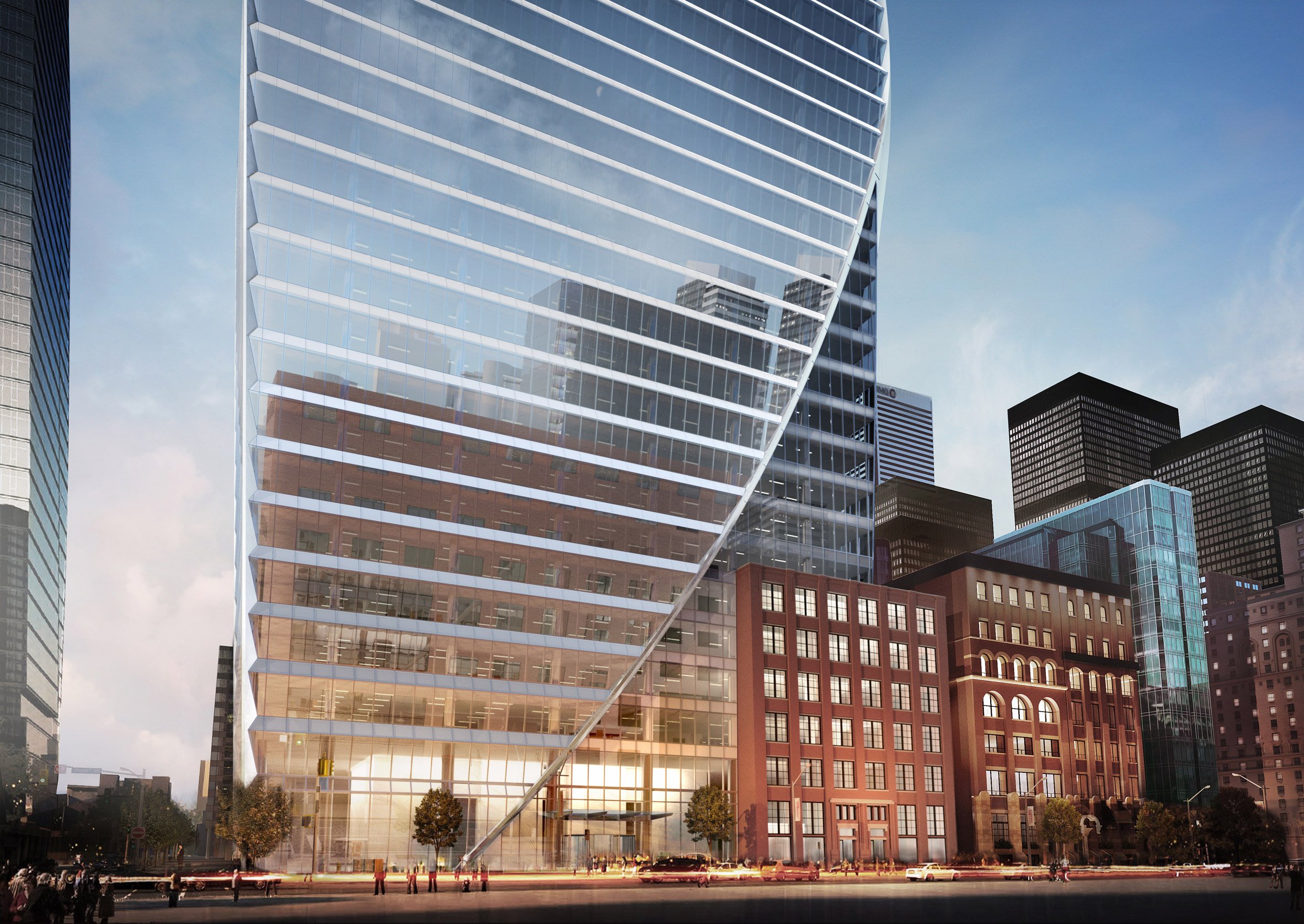 Exterior walls will incorporate sustainable and passive technologies, with plans for substantial energy and water savings. The tower will be built to conform to LEED Platinum status from the Canadian Green Building Council.

“Its skin, for example, is borne of its solar and glare mitigation for not only energy efficiency but user comfort,” said Gill. “It’s beautiful and intelligent”. 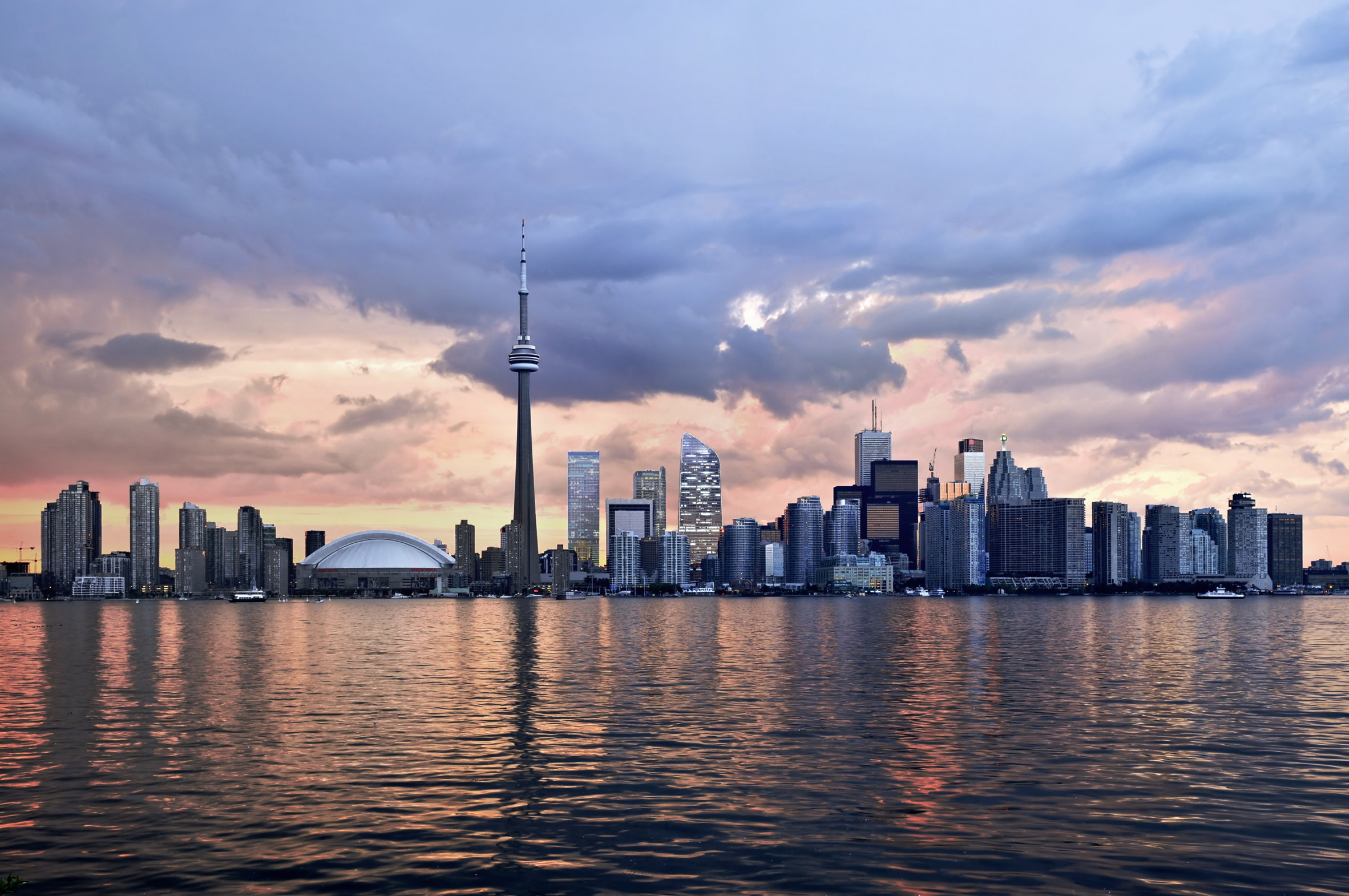 Occupants will have access to a green roof, and several other “inlets” up the sides of the building.

The project also entails the preservation of a six-storey masonry heritage building next door, which is planned to be renovated and integrated into the tower. 160 Front Street is slated to commence construction in 2019. 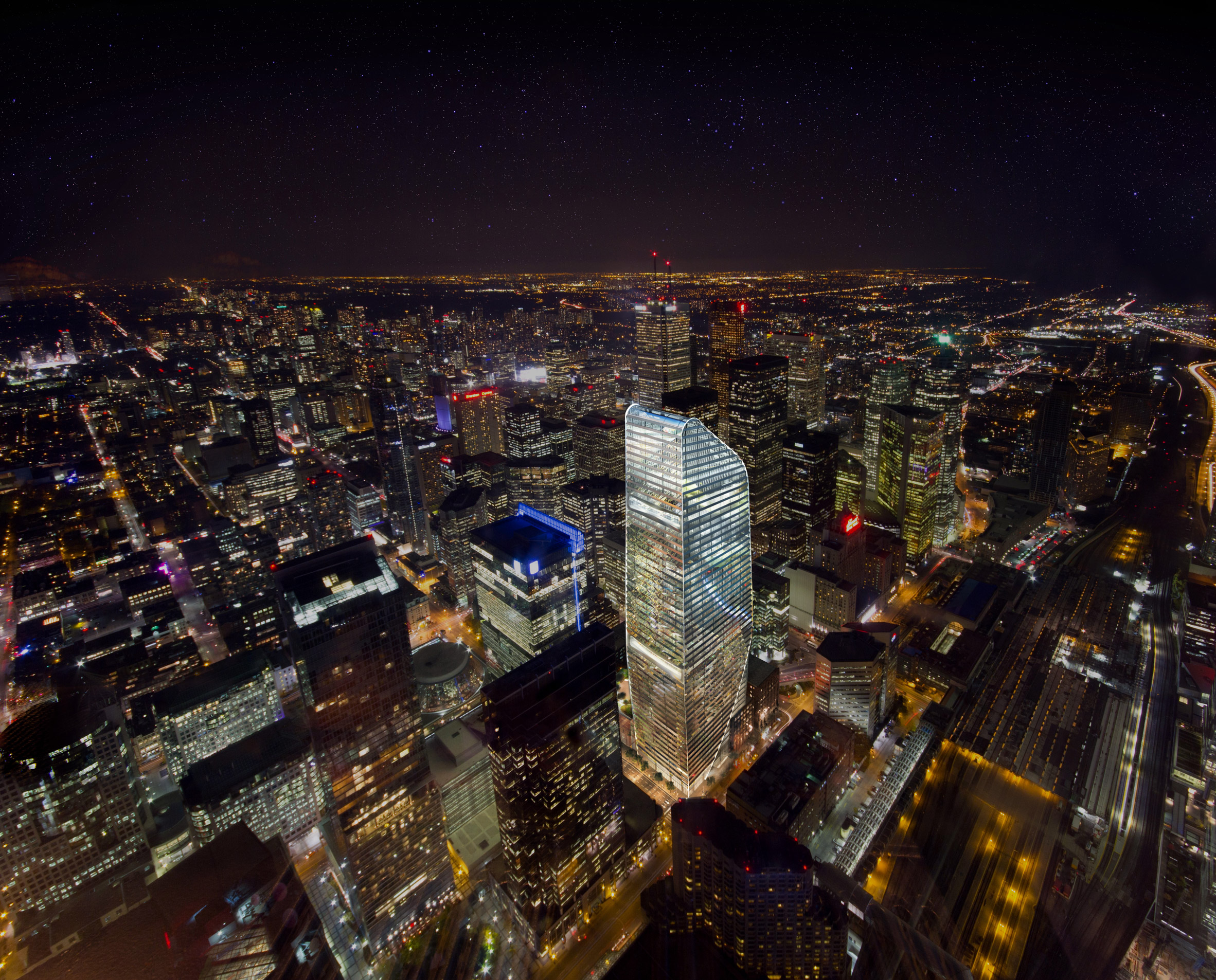 Earlier this year, AS+GG revealed plans to build the second-tallest skyscraper in Chicago, which is set to rise next to the city’s historic Tribune Tower along the riverfront.

The firm’s founders are behind many of the world’s tallest skyscrapers, including the current record holder – the Burj Khalifa in Dubai – and its apparent successor: the Jeddah Tower under construction in Saudi Arabia.