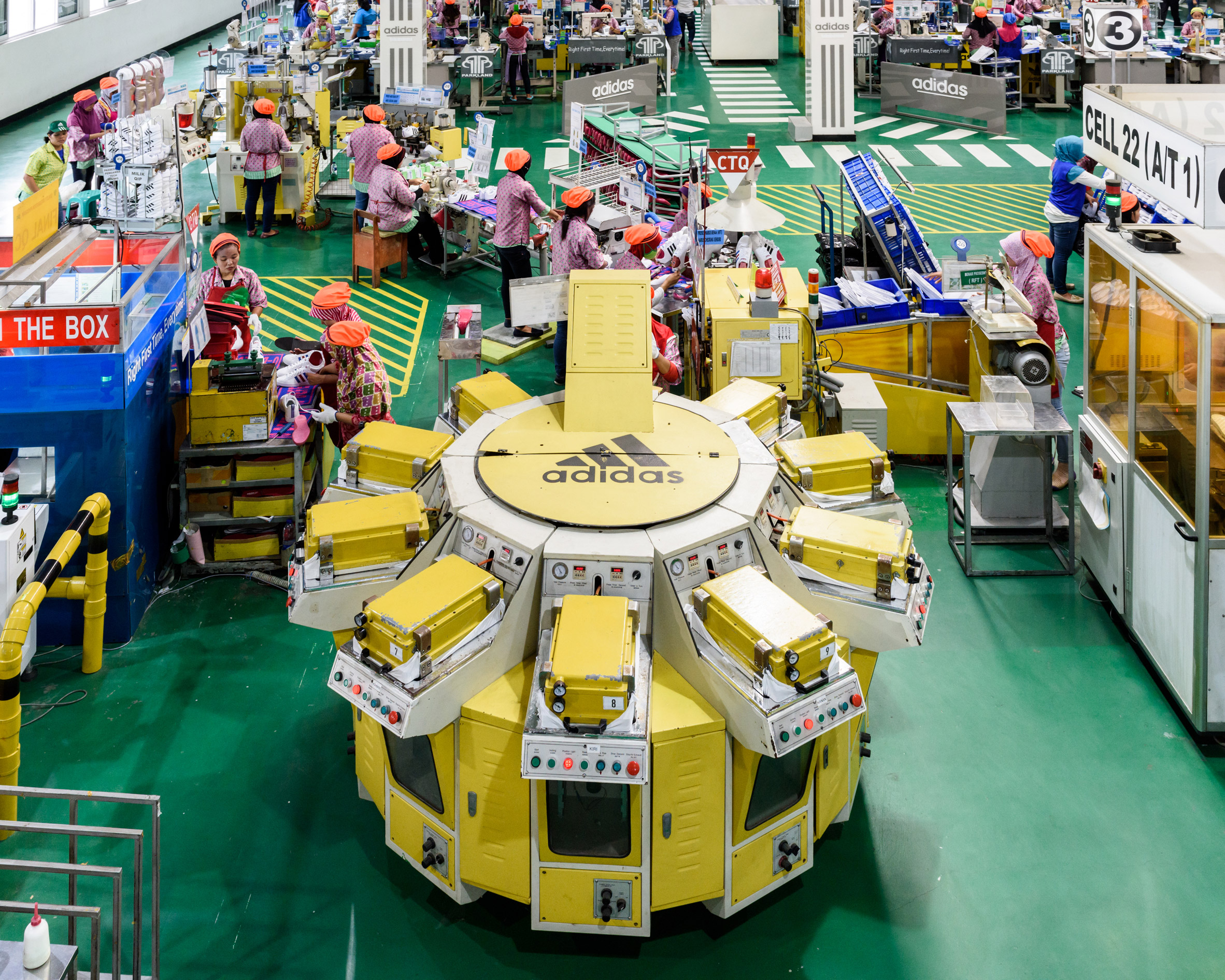 Wiper visited a range of Adidas’ locations, including the headquarters in Herzogenaurach, Germany, where new materials and concepts are tested, a factory in Indonesia where products are manufactured, and a location in Bavaria where customised shoes are made.

His aim was to show the processes that goes into making the brand’s best-known shoes, including Superstars and Stan Smiths. 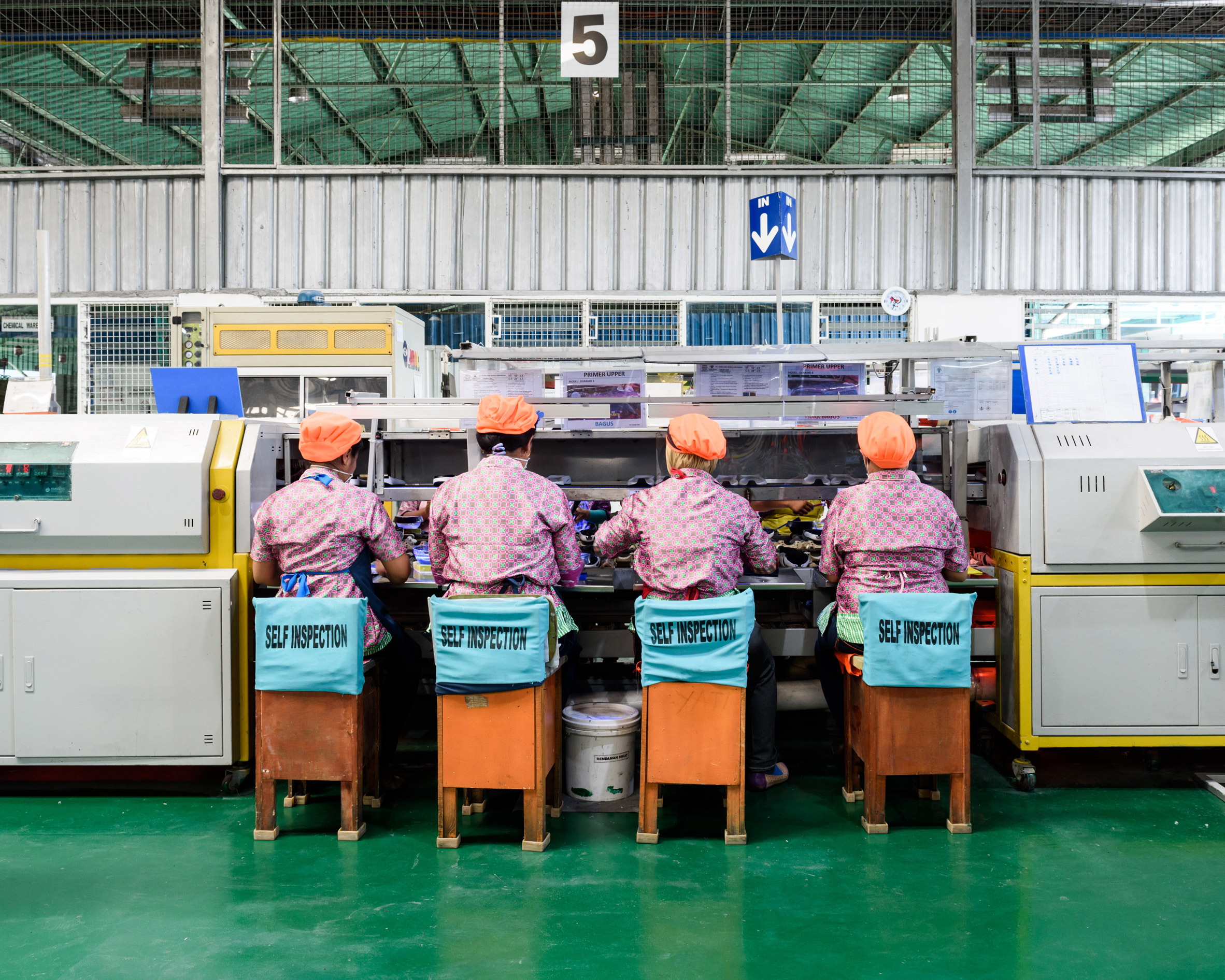 “Adidas is such an iconic brand, so having the chance to visit the place where it all started and see the way they work was very interesting for me,” the photographer told Dezeen. 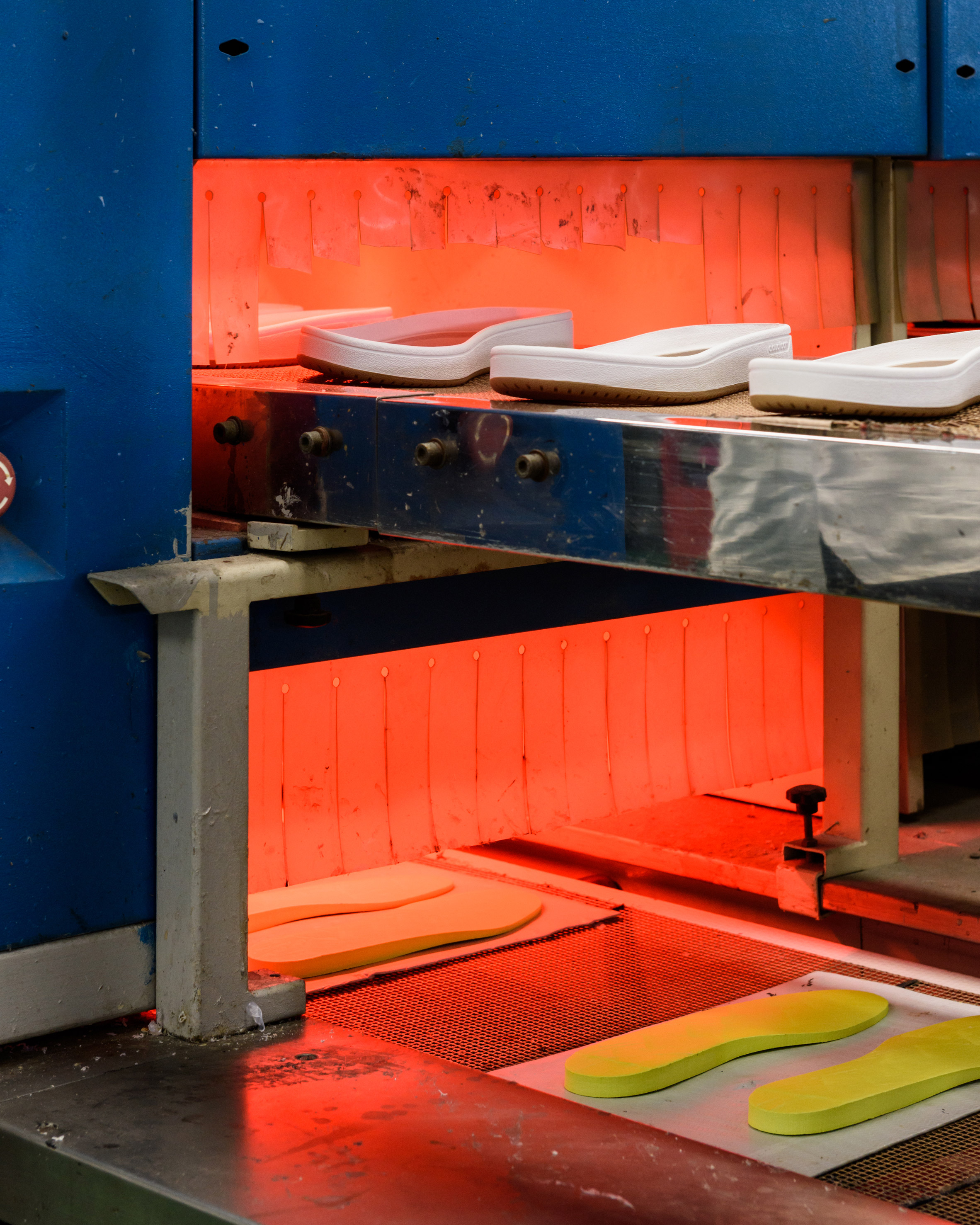 “I visited a factory in Indonesia where over 100,000 workers churn out 75,000 pairs of shoes per day, and I visited the Speedfactory in Bavaria where customised shoes can be produced from raw materials within a day, and which Adidas sees as the future of its production,” he continued.

“I also visited Adidas’ headquarters in Herzogenaurach, where new materials and concepts are tested by robots and athletes covered in sensors, and where skilled cobblers hand make prototypes of new shoes.” 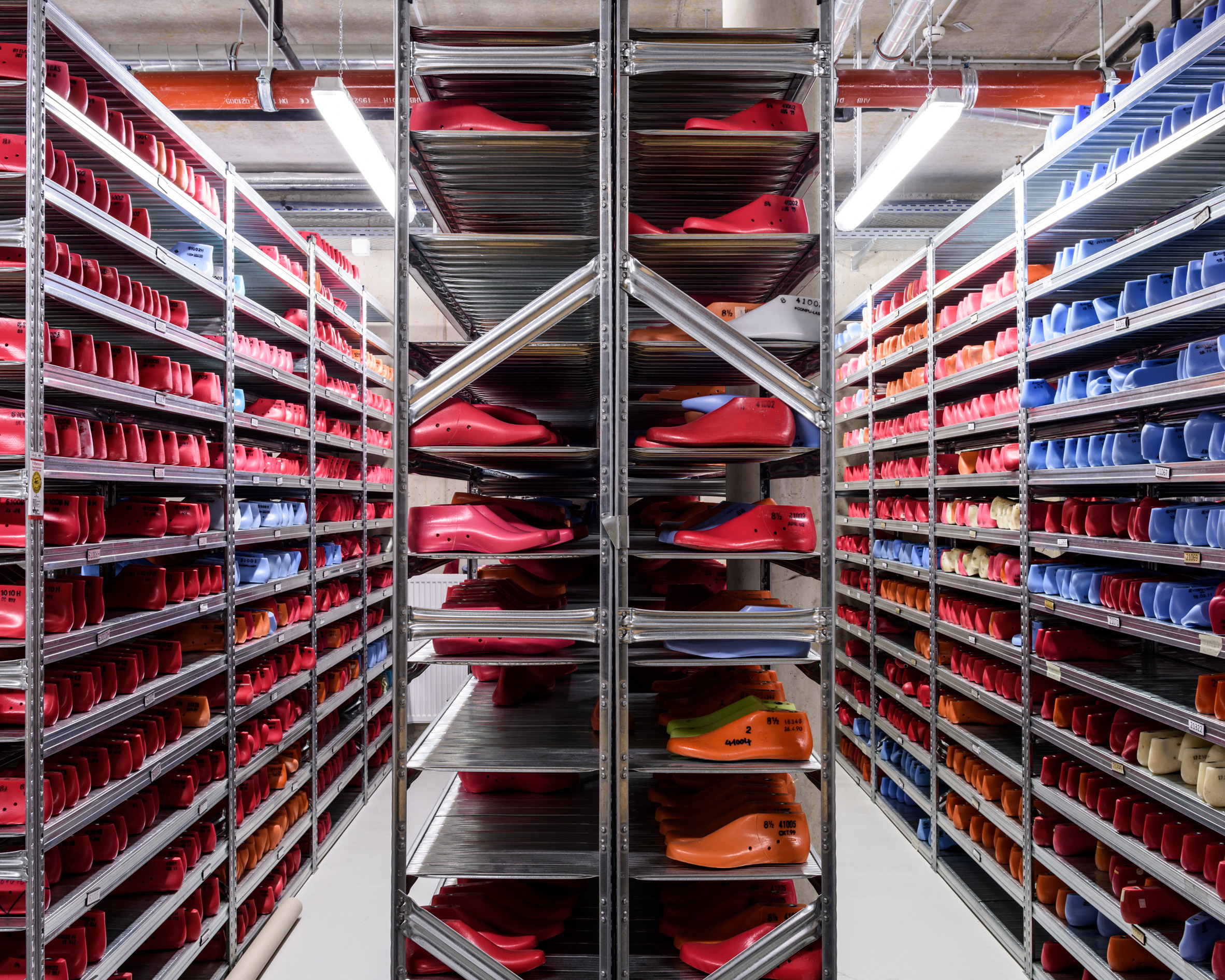 His photography series, called Inside Adidas, features a range of different shots.

They range from wide-angle views of the factory in Indonesia, where rows of sewing machines and factory workers create a field of colour, to close-up views of the materials used in production and the shoes themselves. 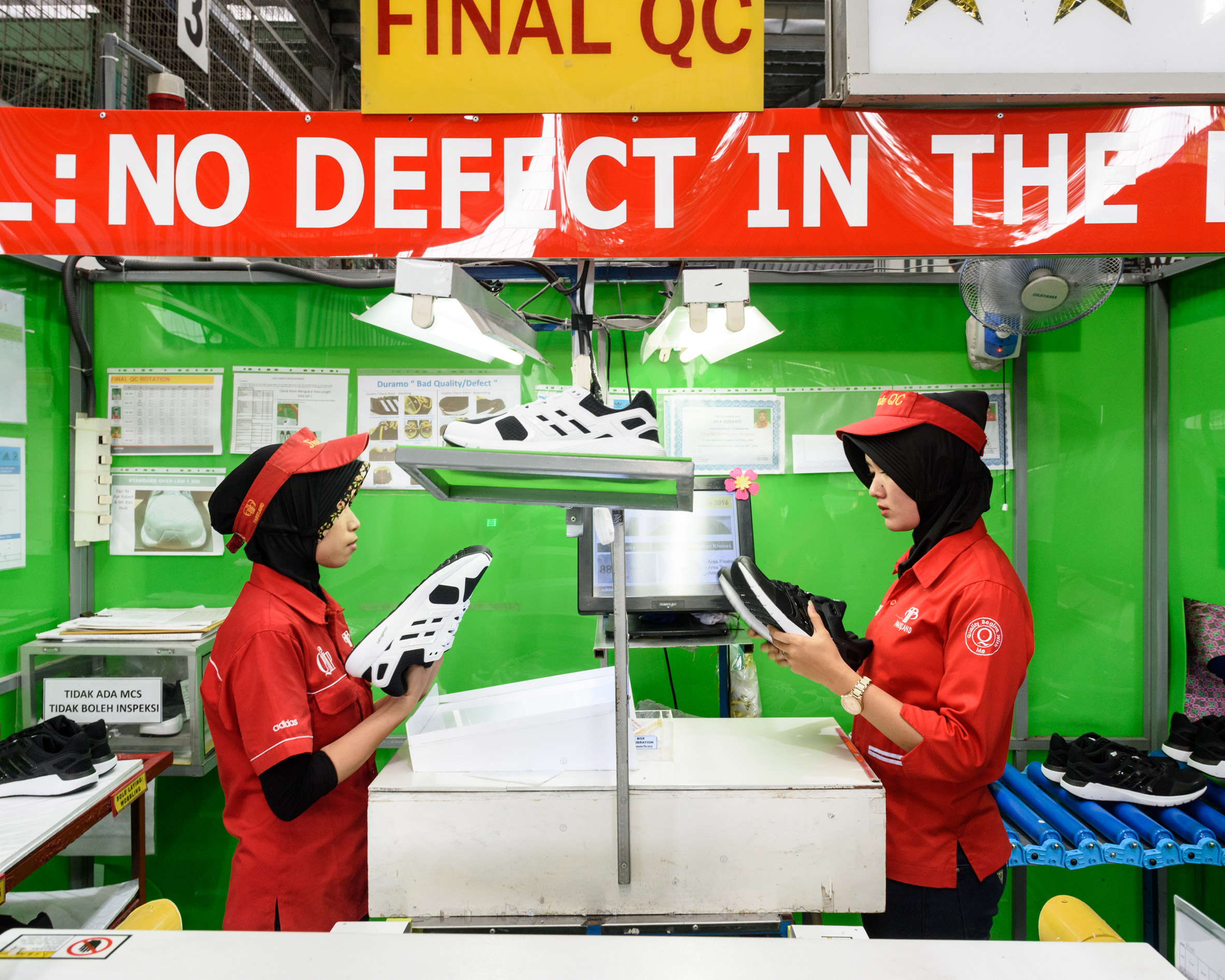 Other images showcase the industrial machinery used to make the different elements of the shoes.

Wiper’s aim was to show all the different processes undertaken by the company, from the mass-manufacturing of popular designs, to the smaller-scale production of new performance materials. 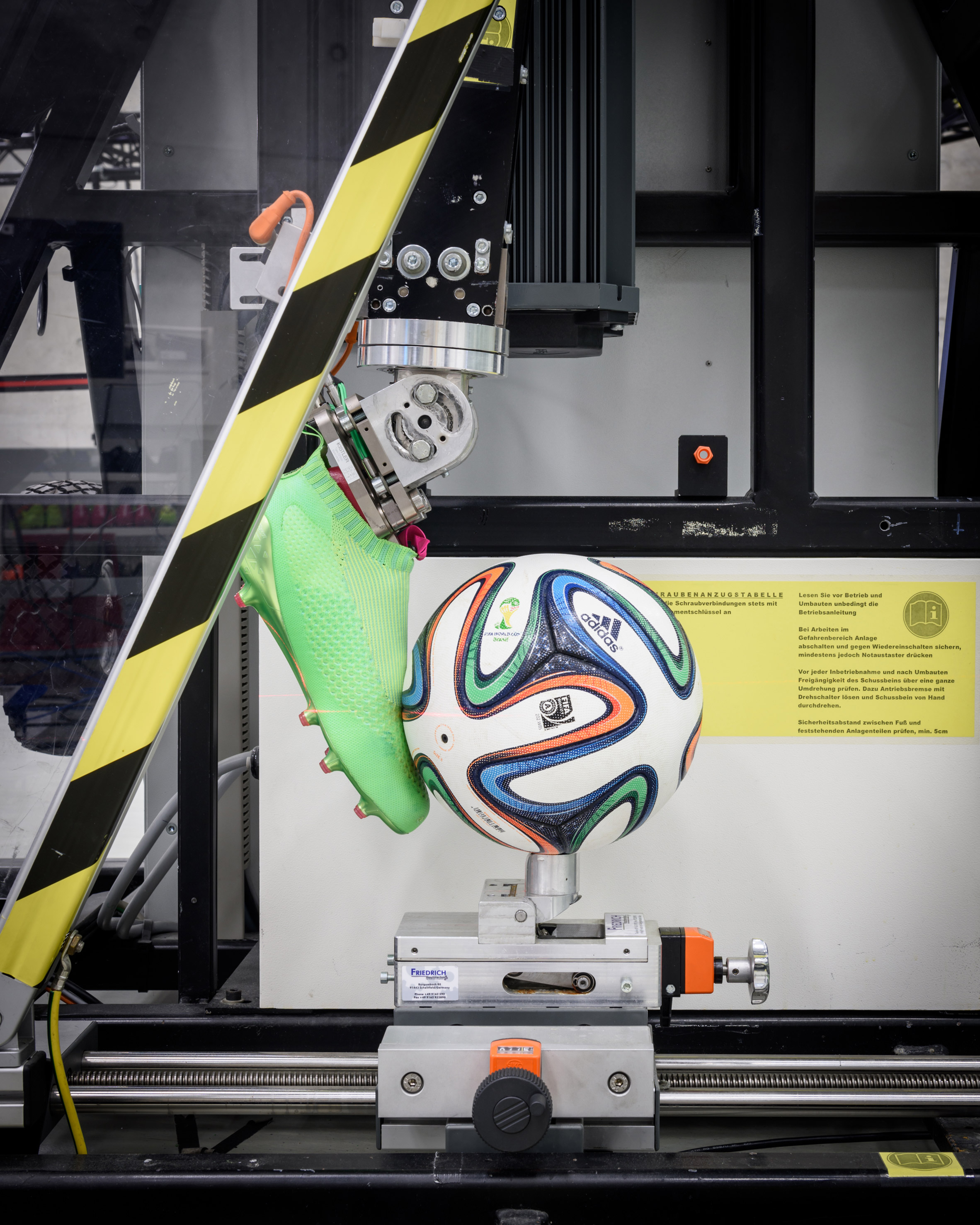 “It was interesting to see the contrast between the huge multinational company and the small-scale workshop, which almost every pair of shoes passes through as part of its development,” he said.

“It’s like one is the bread-and-butter and the other is the future. But I wouldn’t be surprised if Superstars and Stan Smiths are still earning Adidas quite a few bob in 50 years from now.” 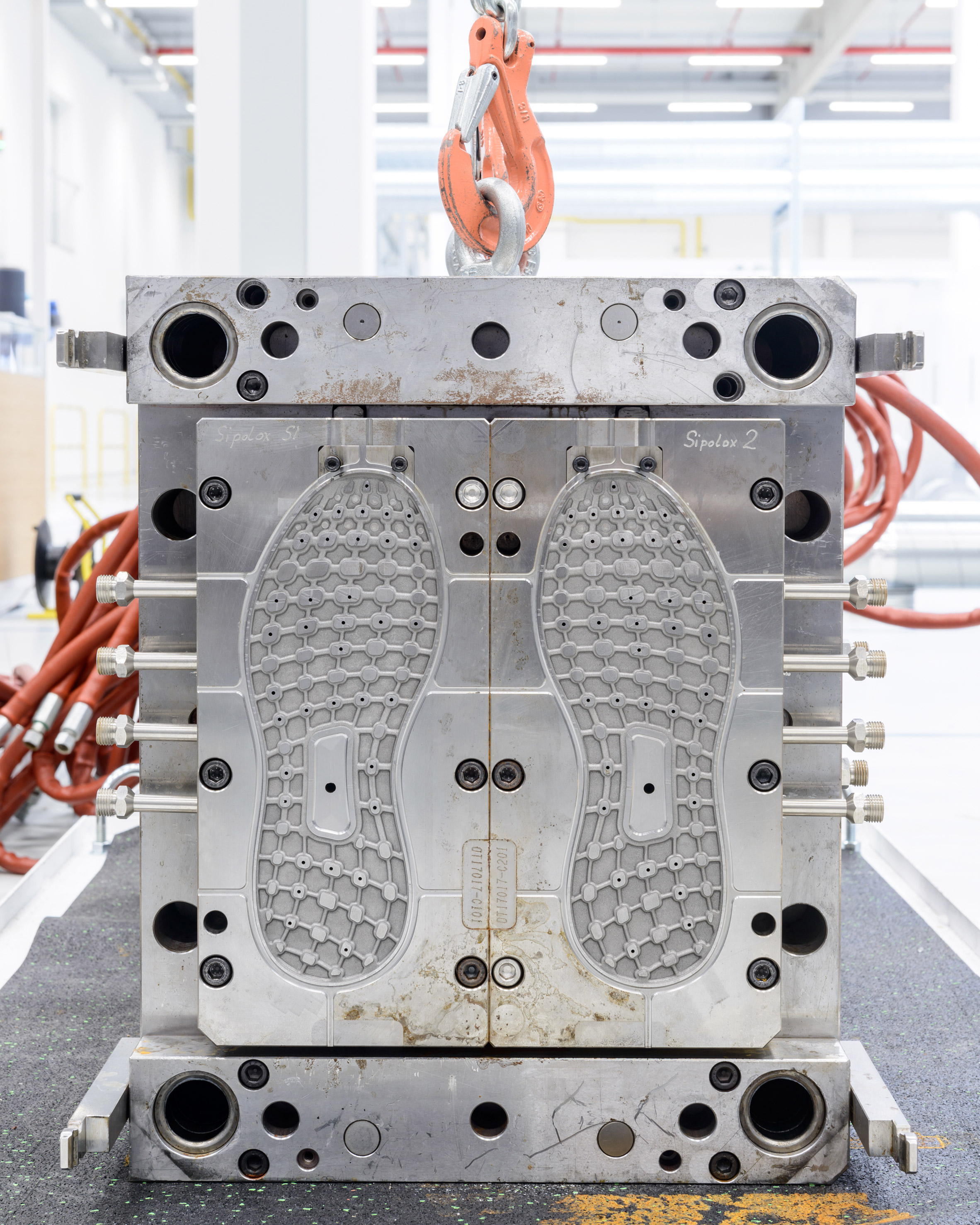 Based in Copenhagen, Wiper specialises in photographs of industrial buildings. In the past, he has explored the Kvadrat textile factory, Bang & Olufsen’s production facilities, and one of the largest slaughterhouses in the world.

This latest project forms part of a collaboration with human-science consultancy ReD Associates. 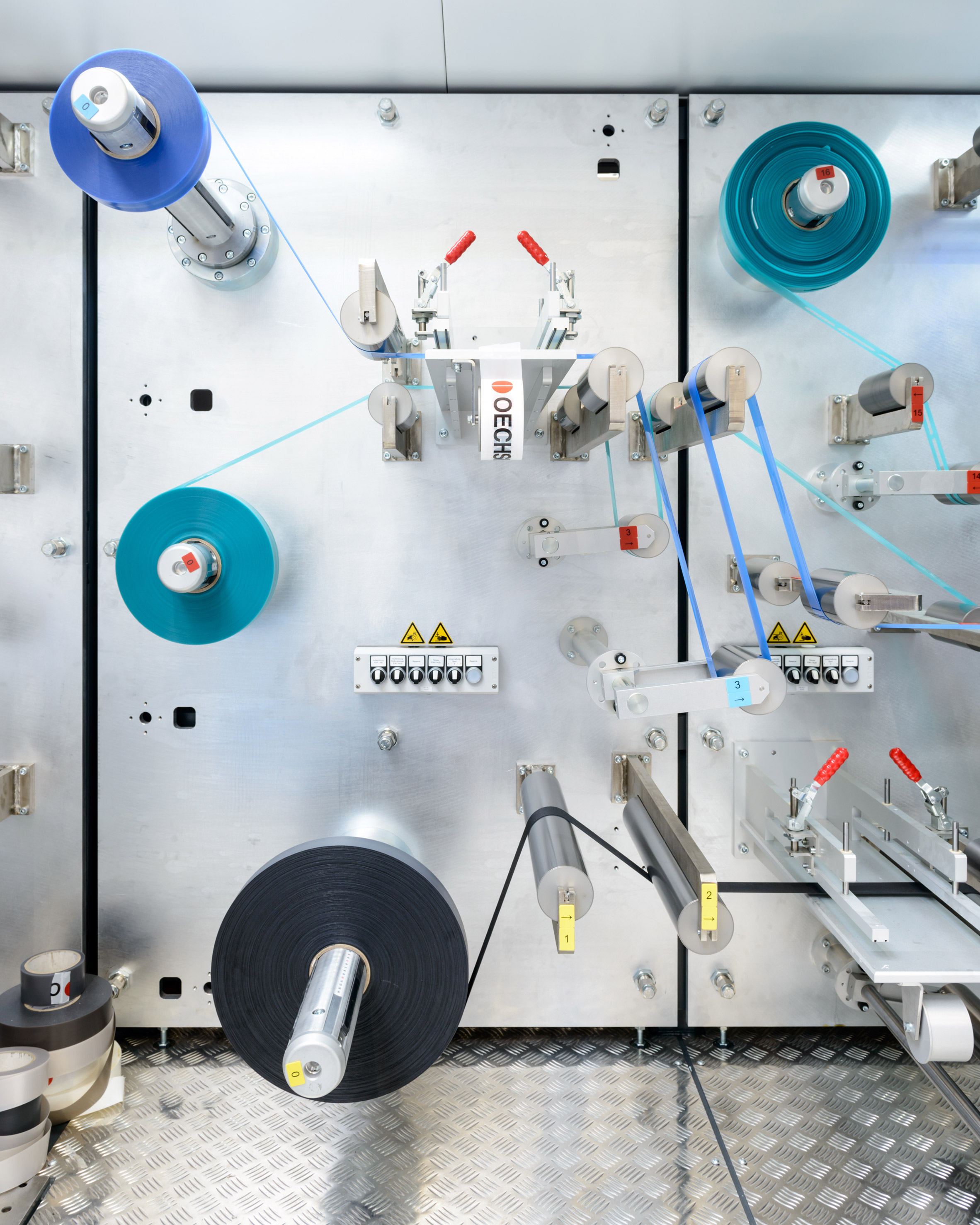 “Adidas is a huge company and I saw a lot of different parts of its operations. I wanted to be able to show as much as possible in as few images as possible,” added Wiper.

“I wanted to give a glimpse of certain aspects the company and still leave room for questions, with each image standing on its own.”

The post Alastair Philip Wiper goes behind the scenes at Adidas for new photography series appeared first on Dezeen.