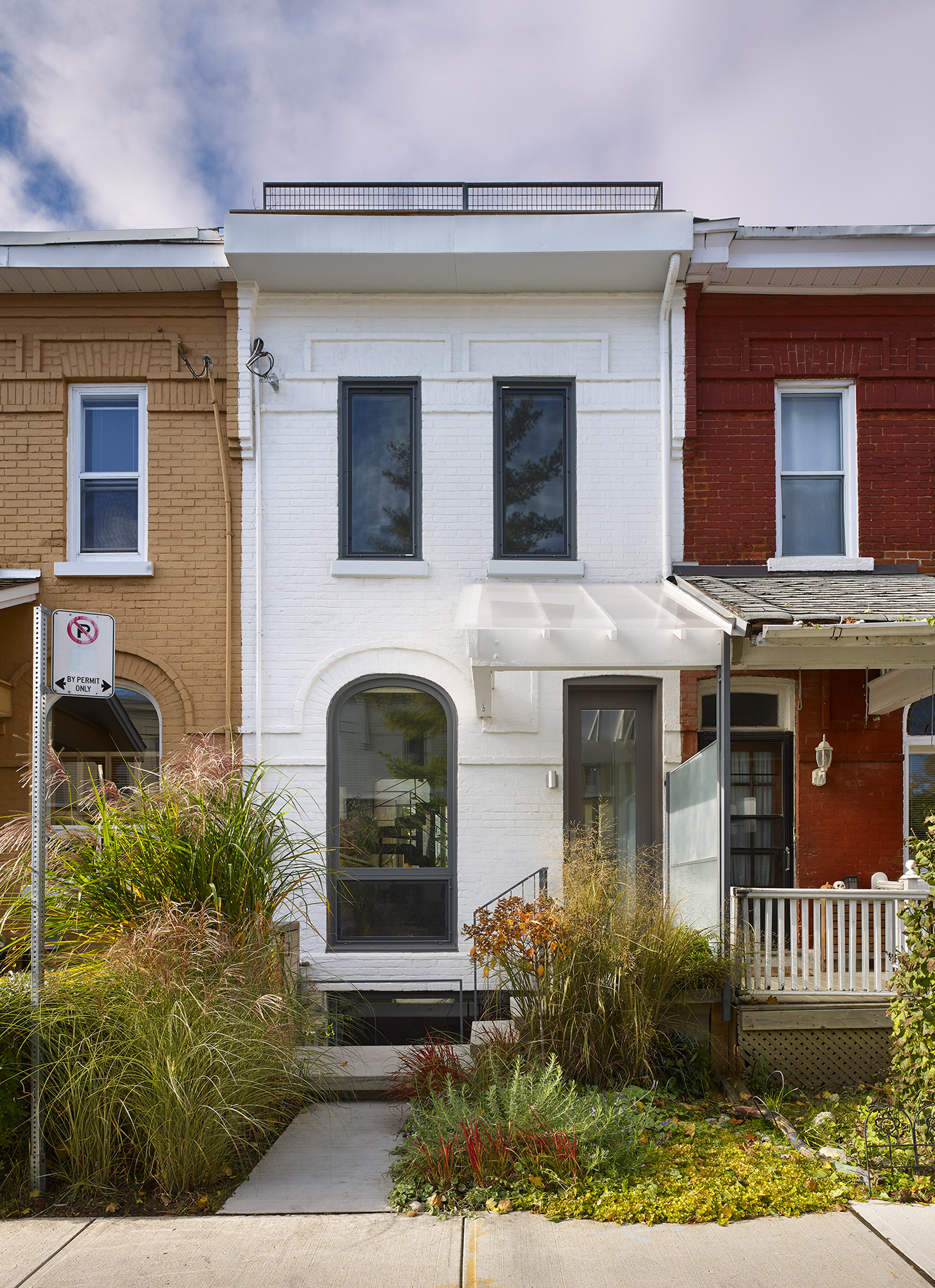 Called Twelve Tacoma, the home is located in the Summerhill neighbourhood in central Toronto. It is situated on a street lined with 19th-century workers’ rowhouses known for their coloured brick facades and front porches.

Mindful of the project’s context and working within strict zoning regulations, the team painted the townhouse white and added a rooftop extension clad in corrugated aluminium – resulting in “distinctly elegant” modifications to the traditional dwelling. 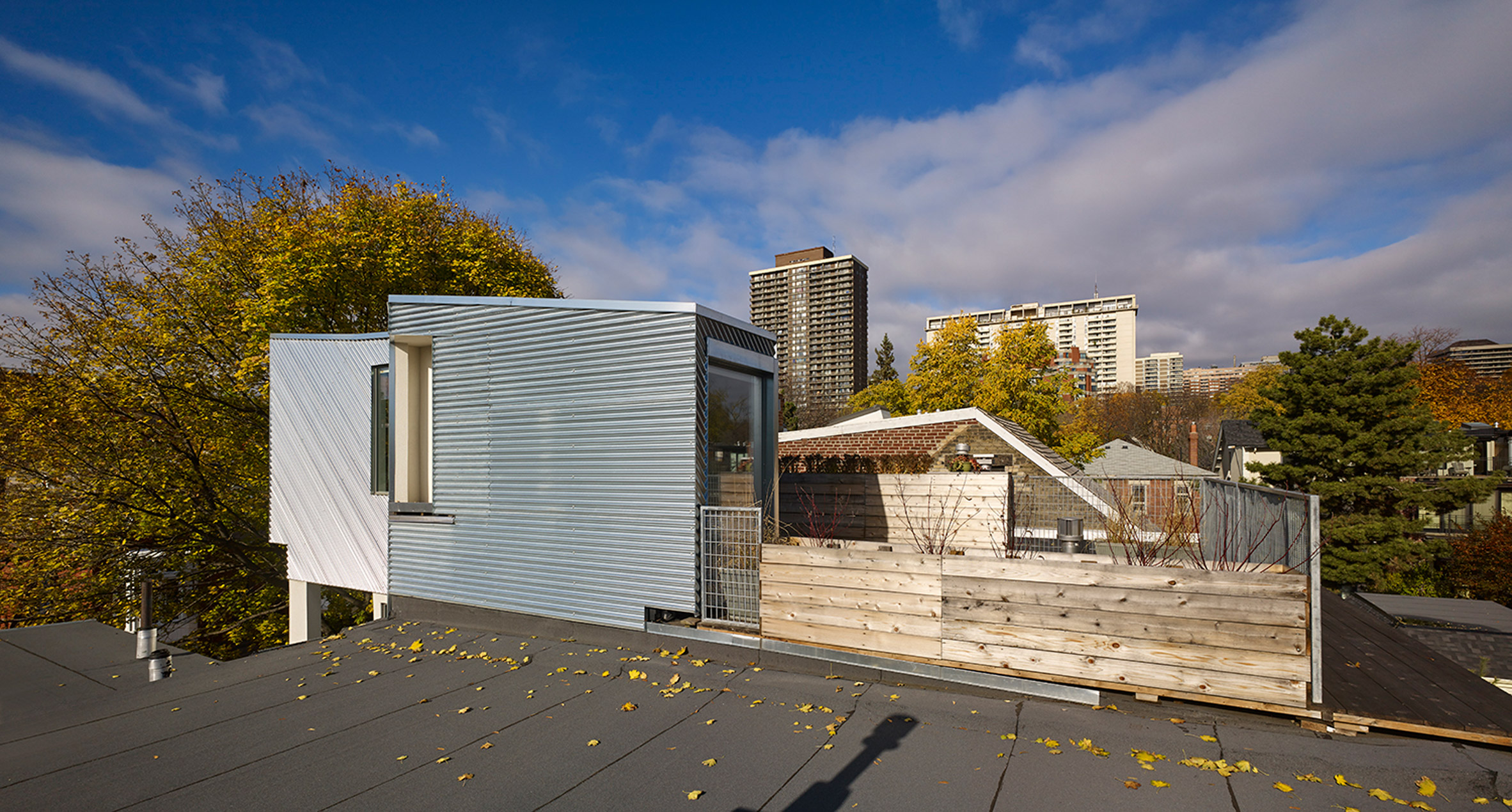 “Certain details, like the simple front railing and plexiglass awning over the door, mimic the ordinary signifiers of the neighbouring homes, but with a decidedly contemporary bent,” said Aleph-Bau, a Toronto-based studio.

“[The] project amplifies the sensory, imaginative and intellectual relationship to traditional architecture in an intense dialogue with its urban context and surrounding natural elements.” 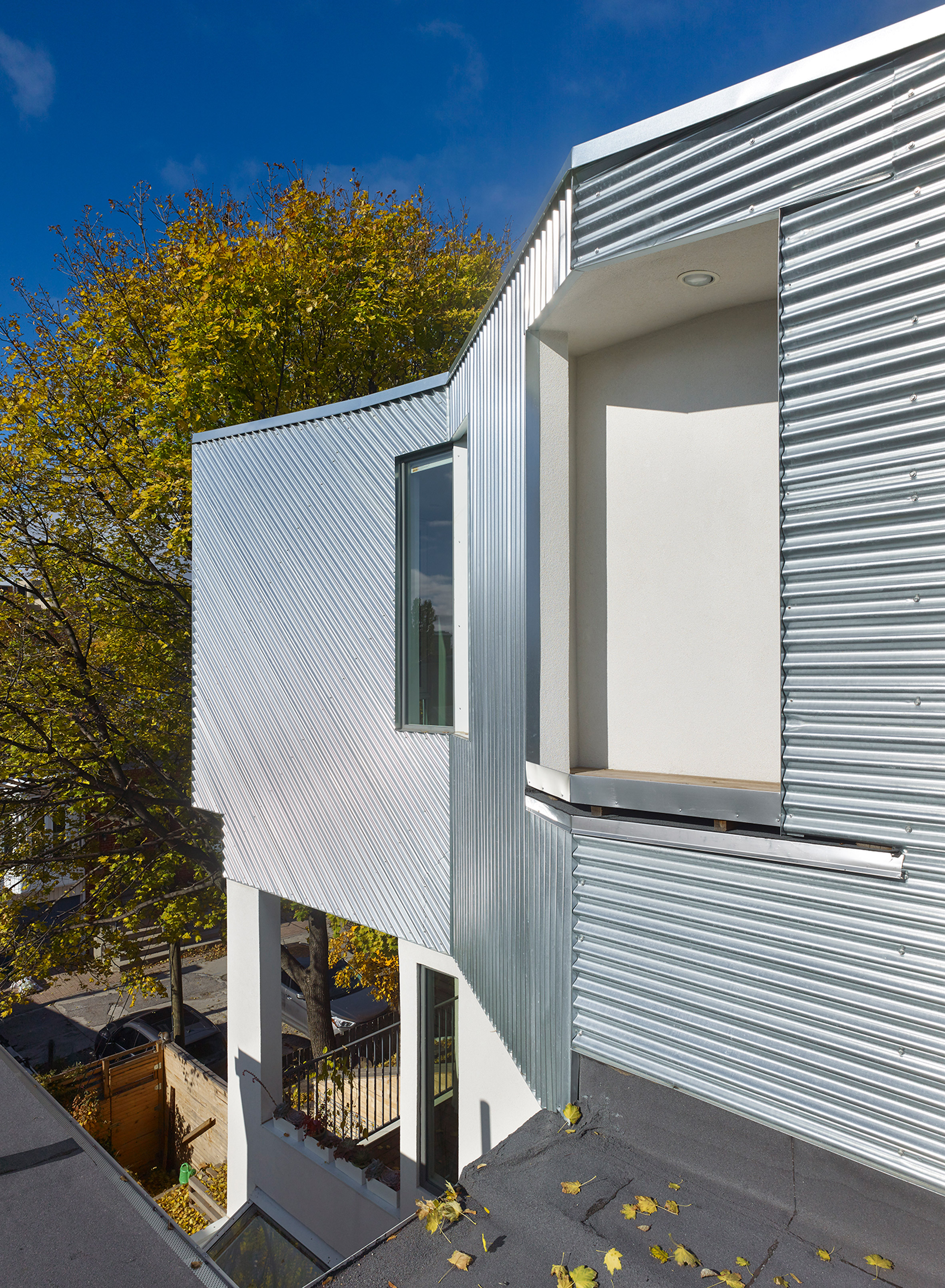 The rooftop extension, which is barley visible from the street, is composed of a sculptural unit in the front and rectilinear box in the rear that slightly cantilevers over the backyard. To physically support the addition, the team introduced a new steel structure to the wood-framed townhouse.

The 114-square-metre residence contains a kitchen, dining room and living area on the ground level, and a master suite and bedroom on the second level. The third-floor addition houses a bedroom and library, which open onto a deck and herb garden. 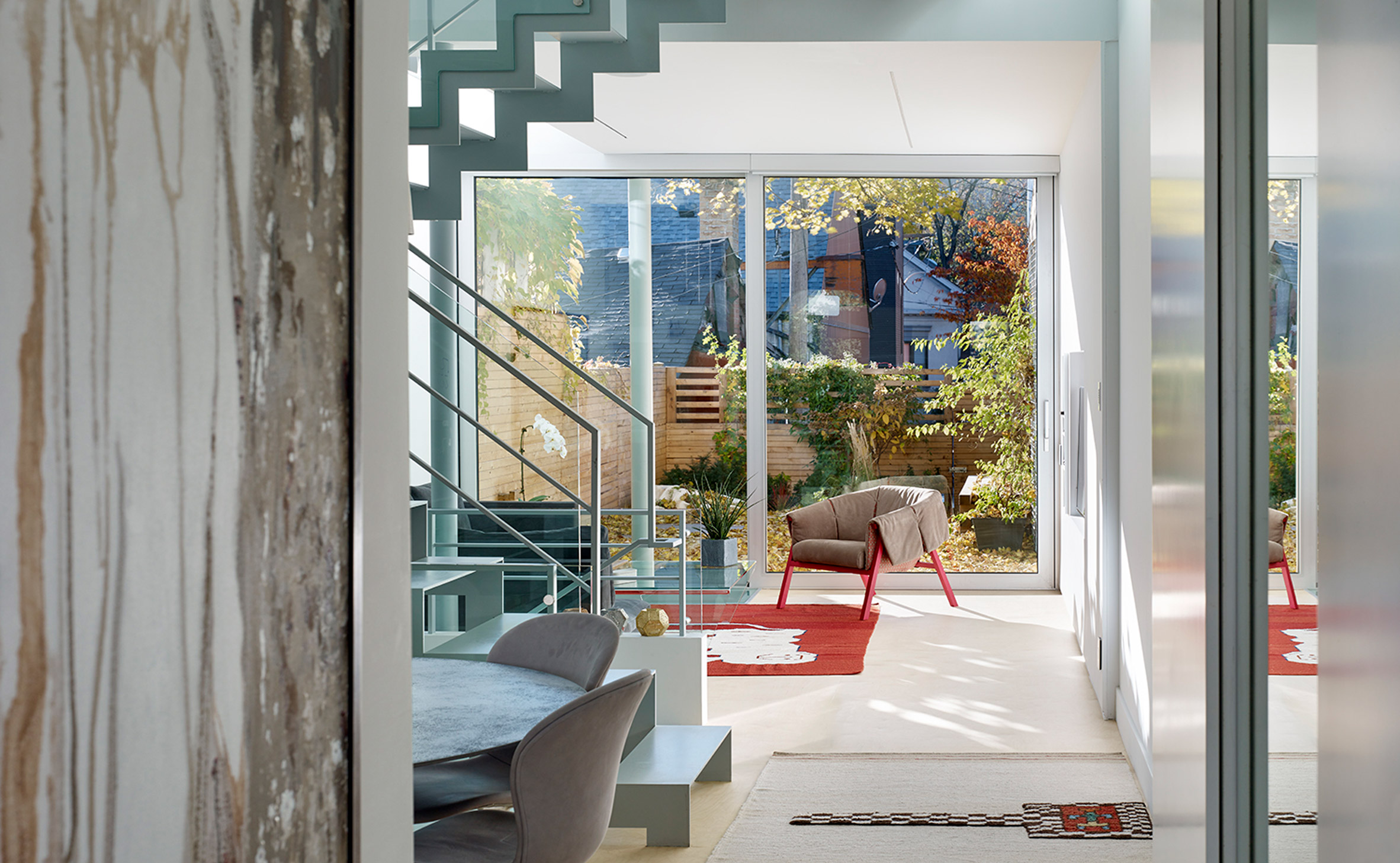 A central staircase zig-zags up through the home and “acts as a pivotal force in the design, its whimsical geometry giving the space a playful character”. 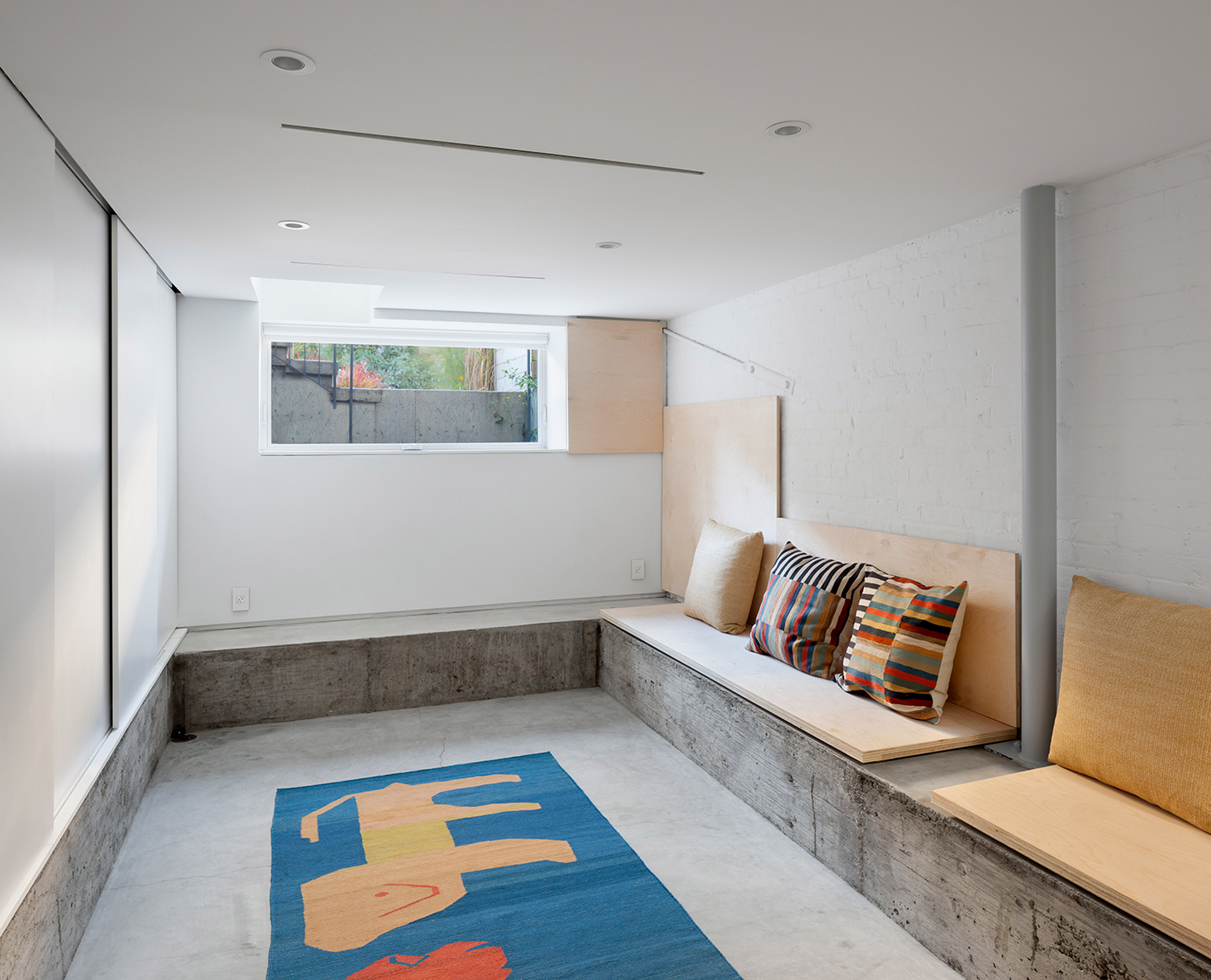 The architects took a restrained approach to the interior design, using a sparse amount of furnishings and creating many ways to hide clutter.

“Even the modular sliding storage units in the front hall and bedrooms work to conceal the usual clutter of domestic life, creating a holistic composition that emphasises near-Fordist organisation standards,” the team said, referring to the system of mass production and consumption that characterised developed economies in the mid-20th century. 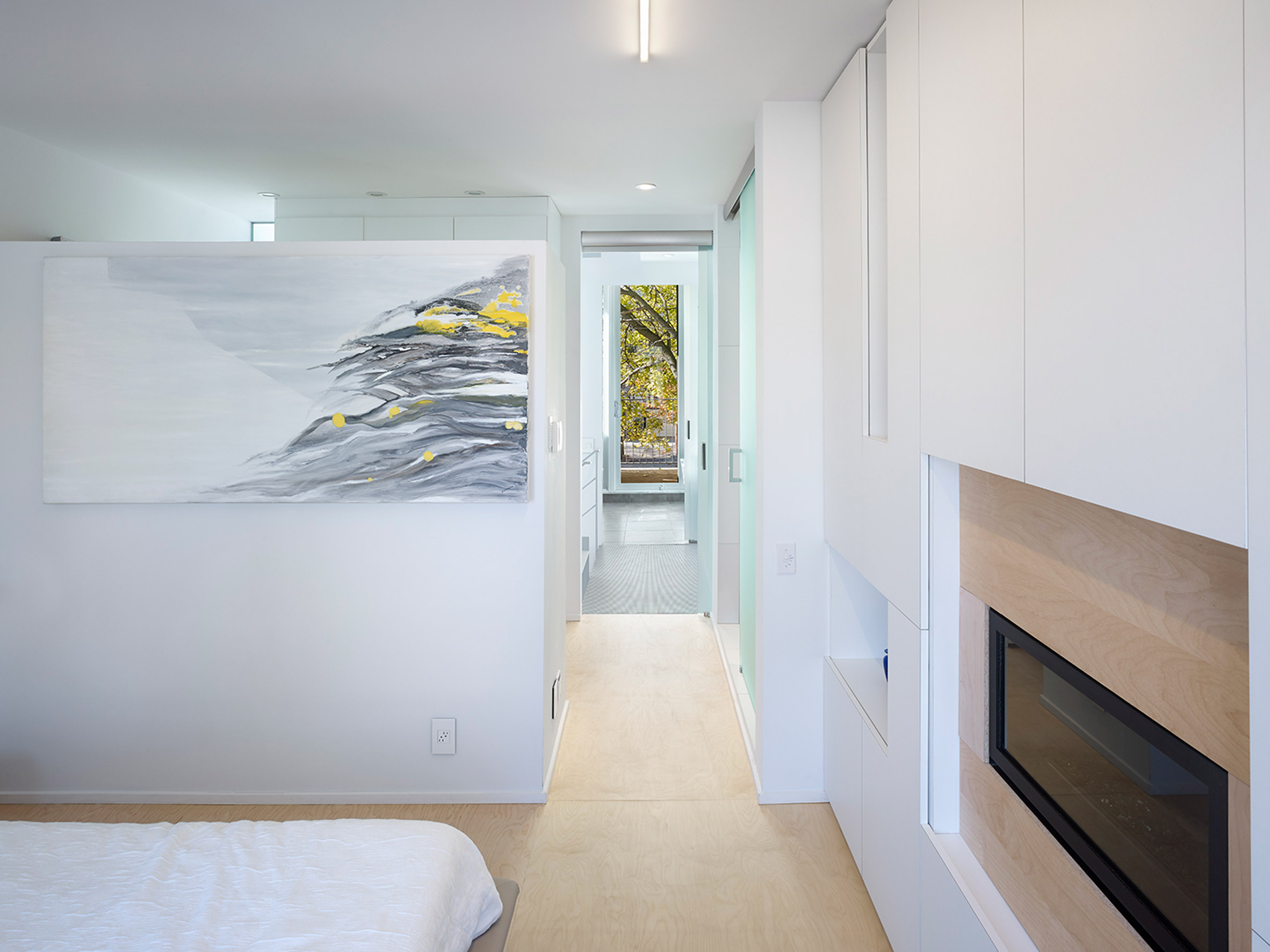 To soften the atmosphere, the architects incorporated natural elements, such as a wall of plants in an upstairs bathroom. Ample glazing, including large windows on the rear facade, bring natural light into the home.

“Architectural elements disappear in favour of the atmosphere – one that is an amplified reflection of the outside,” said Delnaz Yekrangian, director of Aleph-Bau. “Light, the sky, the clouds, the neighbours’ tree, the sound of rainfall, and the shabby structures in the laneway are inside now.” 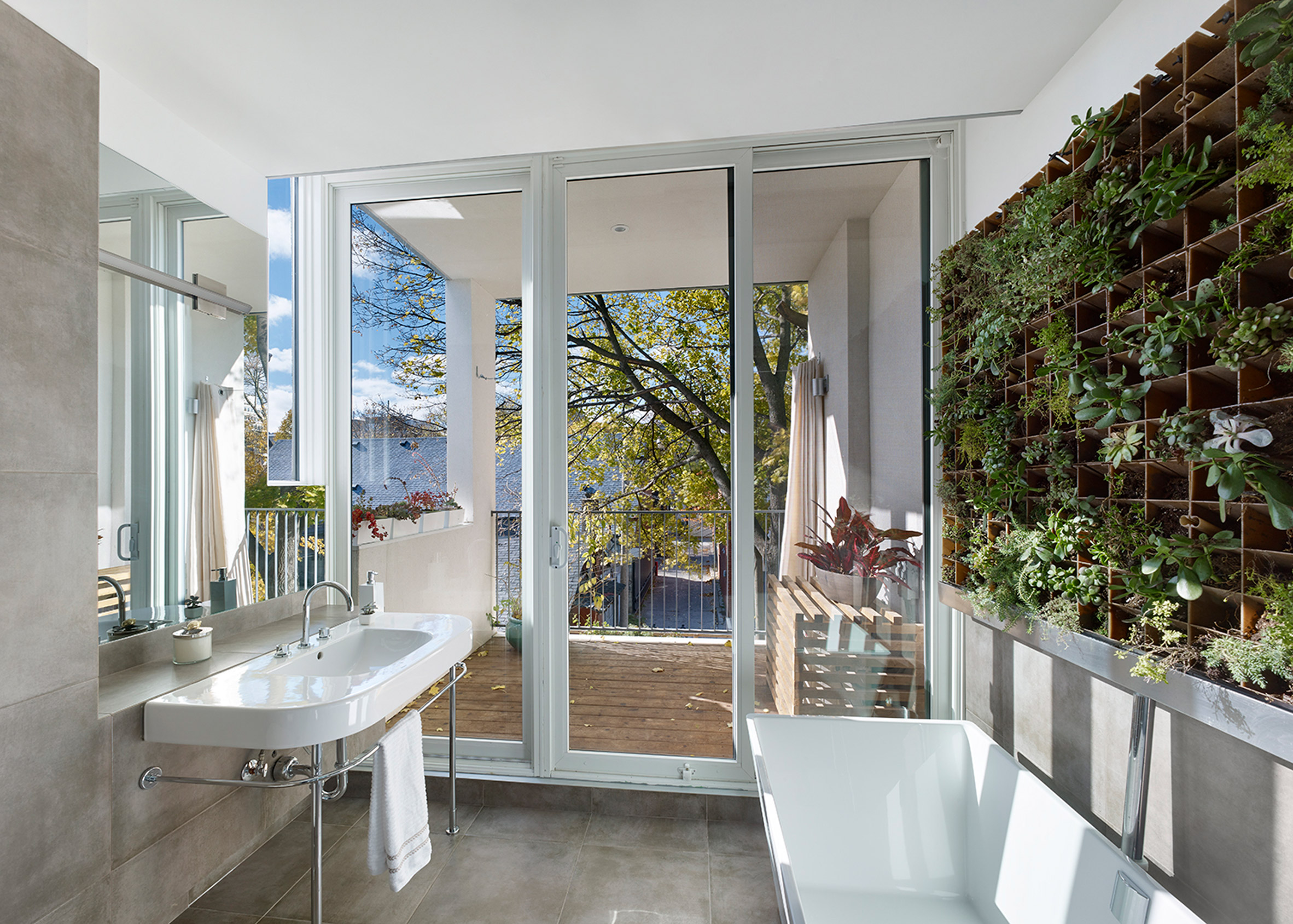 Other residential projects in Toronto include the overhaul of a century-old brick house by Post Architecture and urban townhouses by Batay-Csorba that are faced with brick and wooden screens. 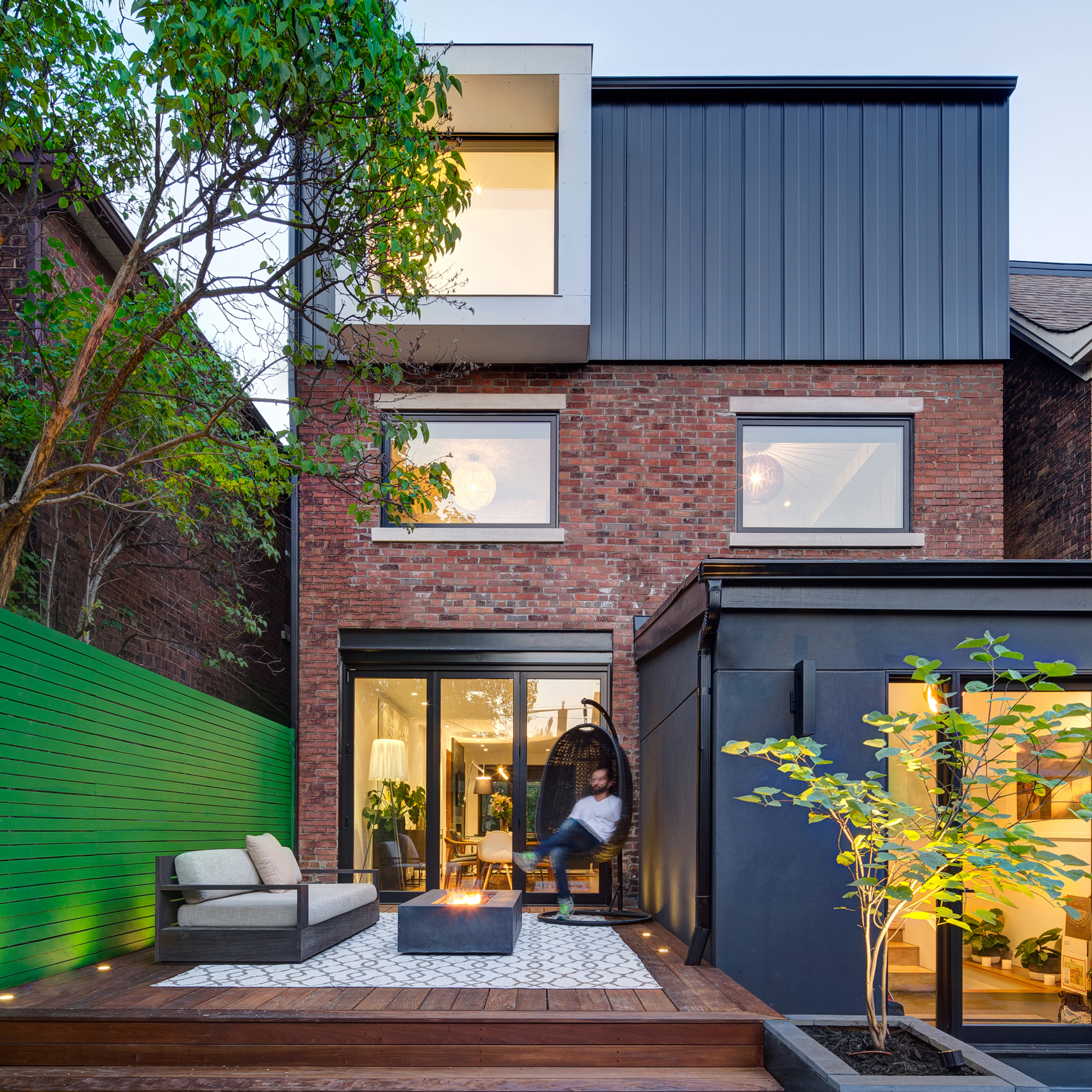