Architect Alfonso Arango has designed himself a 24-square-metre weekend retreat next to his childhood home overlooking the Andes mountains in Colombia. 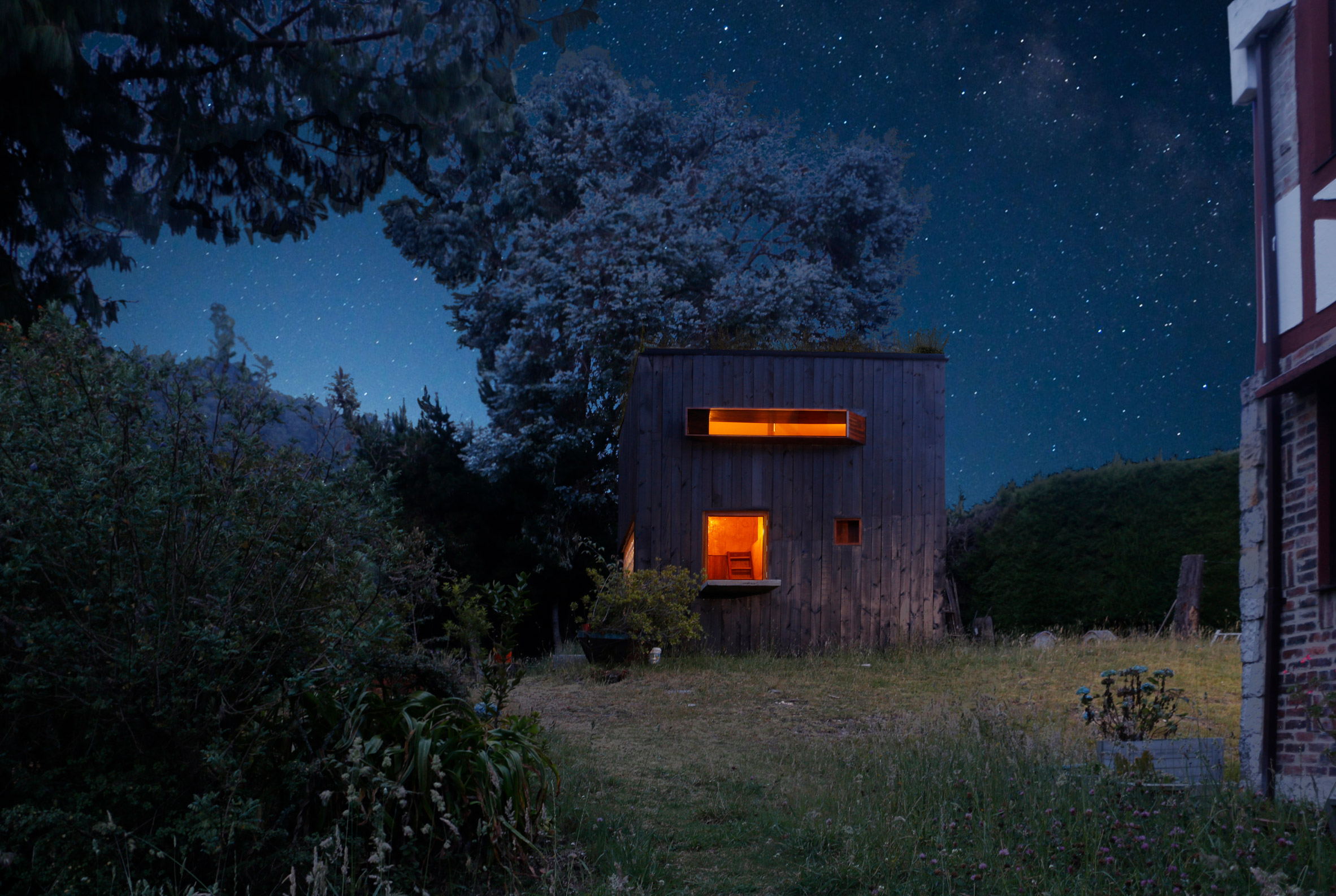 Arango’s House on The Mist is located next door to his family’s residence in La Calera – a small town in the eastern reaches of the mountains. It is located 11 miles from Colombia’s capital city Bogotá, where the architect lives during the week.

Designed as a weekend getaway, the cabin has compact proportions that offer just enough space for a kitchen, bathroom and living area – which Arango will also use as a studio – and a mezzanine bedroom. 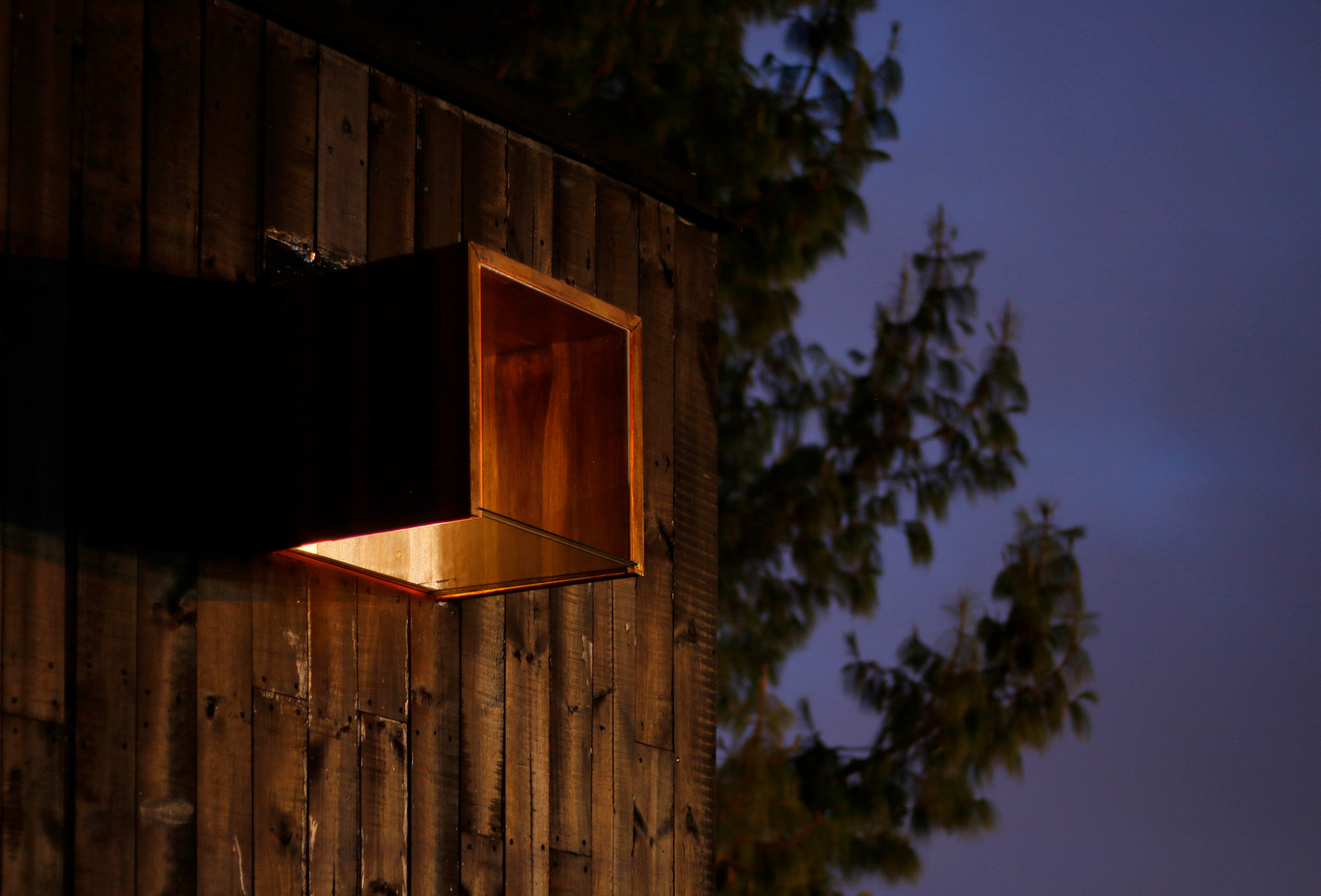 “I started to plan and build the house in the mist when I left my parents home, so it’s a very nostalgic project,” Arango told Dezeen.

“I will use the house as a weekend house, so I can work on my projects at the end of the week with fresh air away from the city, and also to visit my grandma.” 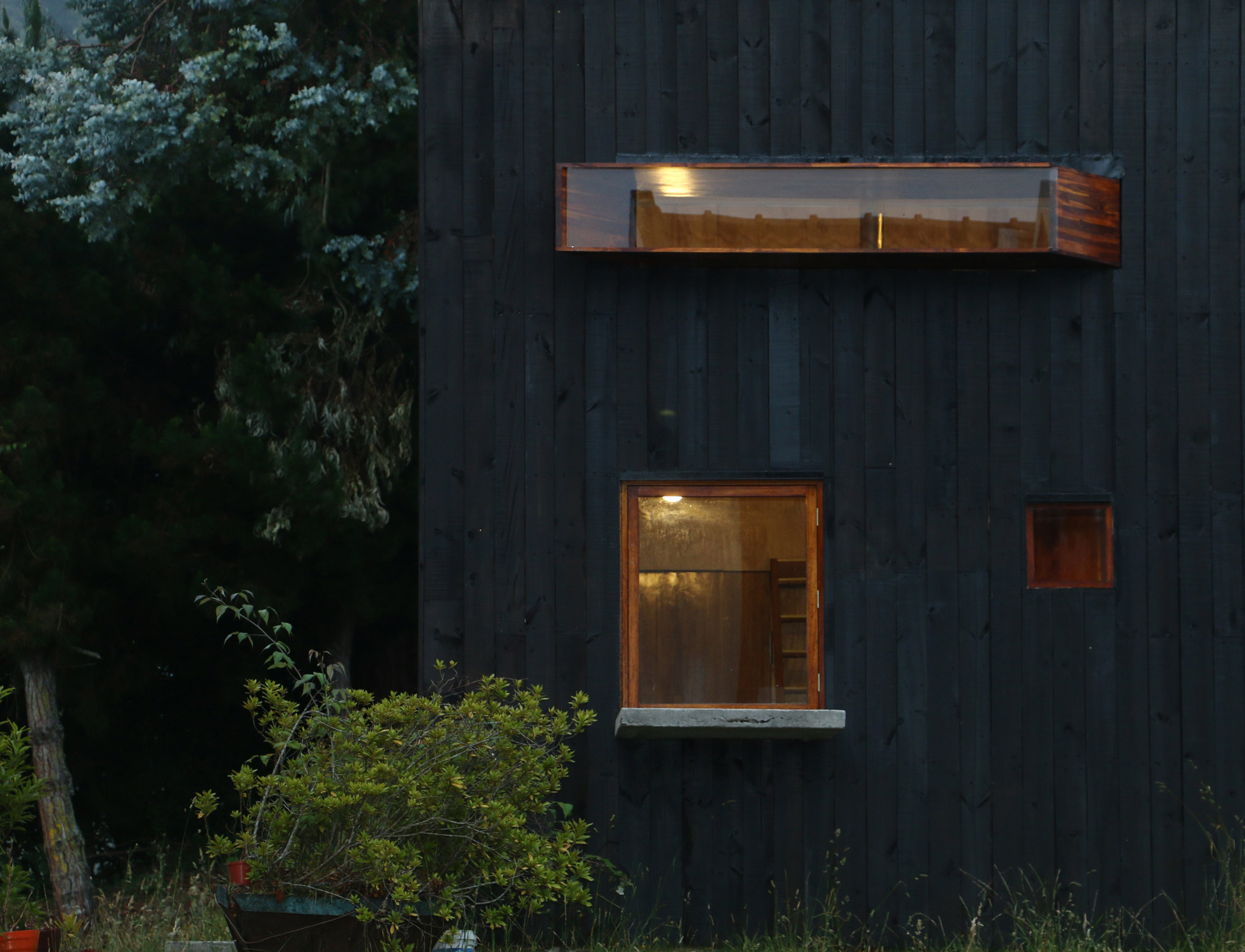 The cabin is a simple structure, comprising a pair of 4.2-metre square slabs that form the floor and the rooftop, which is covered in greenery.

“The roof is proposed as a high garden where birds and winds bring a wide variety of seeds and spores of the endemic flora, allowing free and spontaneous vegetation growth of a garden a few metres near the skies,” said the architect in a statement. 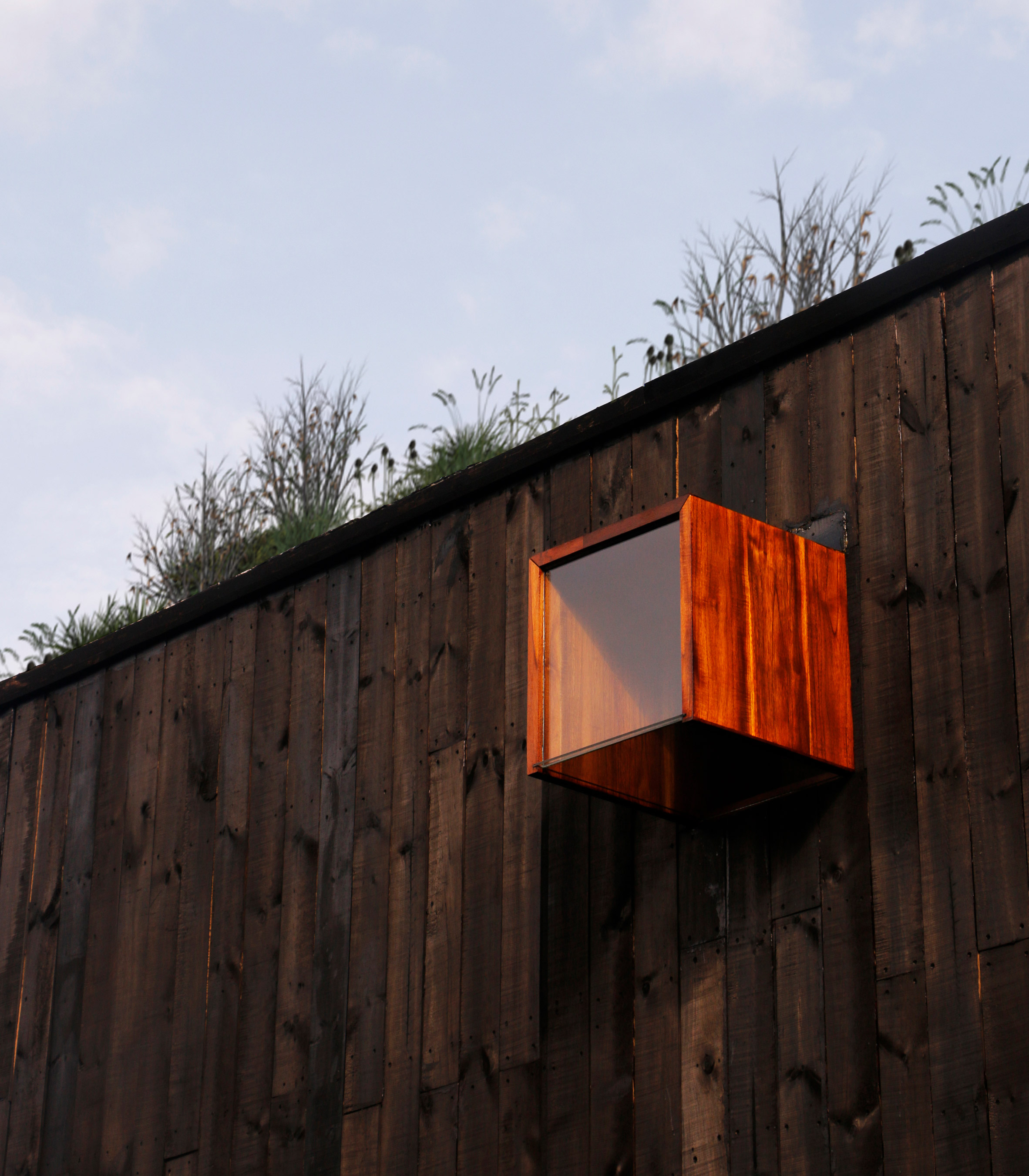 As the area is prone to “very cold and humid nights”, the structure is set at a 45-degree angle to mountains in the north. A large glass-brick window on the north-east wall is intended to gather as much heat during the day. 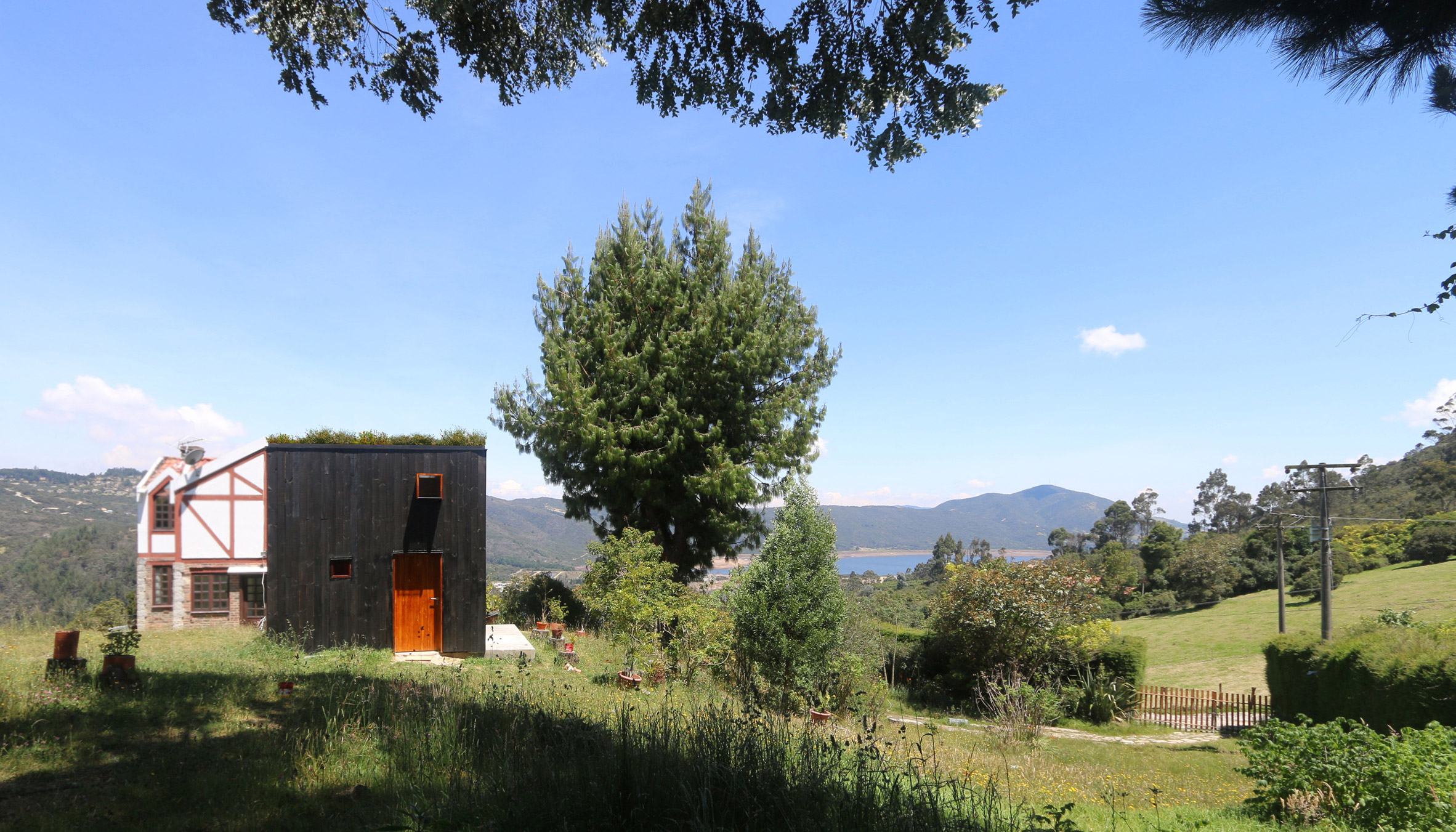 The rest of the exterior is clad in pine wood, blackened with a product made with resin from the pine tree. The treatment is used for waterproofing the wood and was formerly used to protect fishing boats. Arango said it also scents the house, and combines with smells carried to the building on the breeze.

“Once the main door is opened, the cold winds that came down from the mountain are impregnated with a subtle eucalyptus scent that remains on the house interior,” said the architect in a statement. 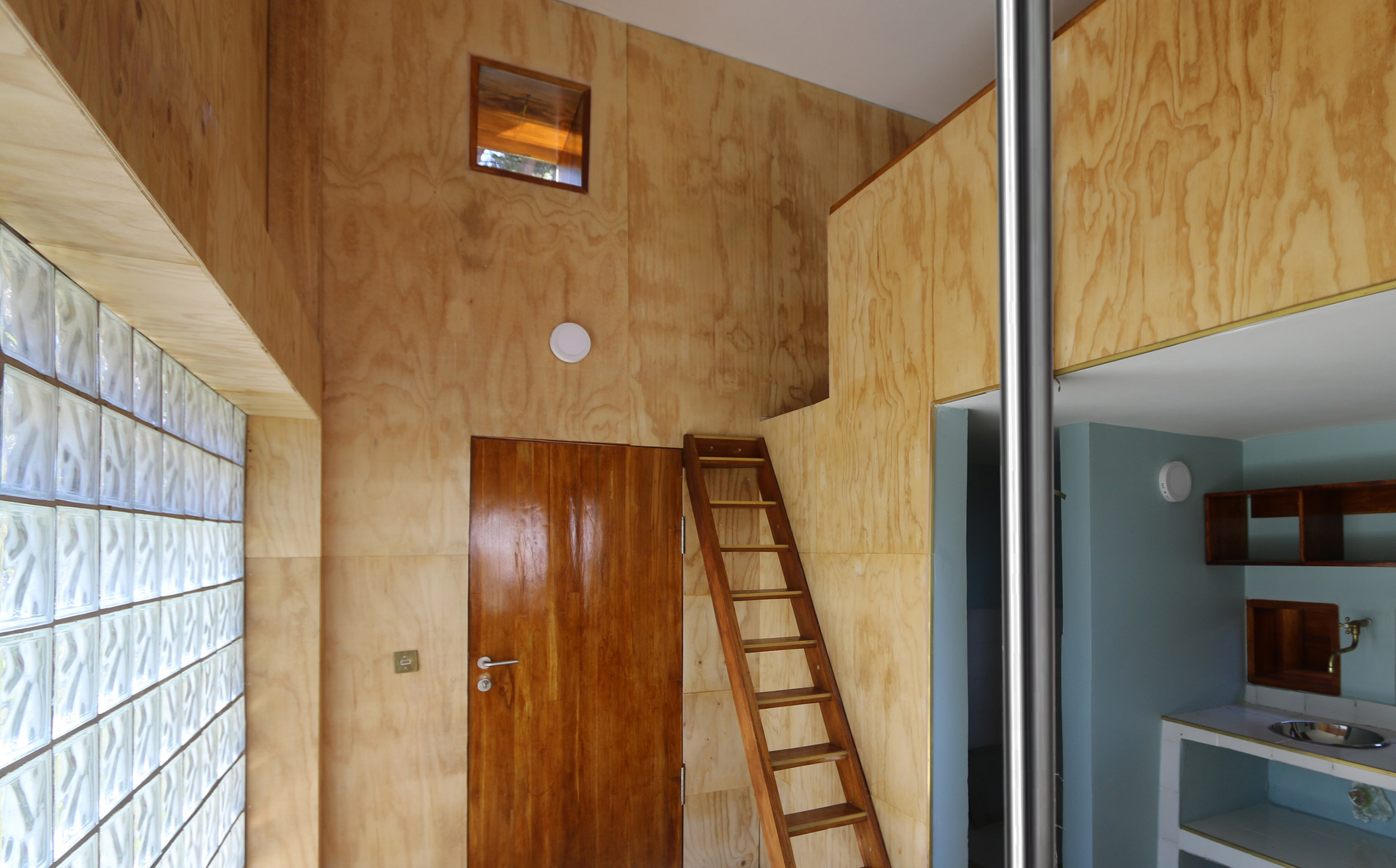 Windows with teak-wooden frames puncture through the external walls. One protrudes over the front door on the southeast side, while another three of varying sizes are found on the northwest wall.

The openings provide views of the surrounding landscape – which includes the San Rafael reservoir – from inside the house. The frames offer a red-tinged glow when the interior is lit up at night. 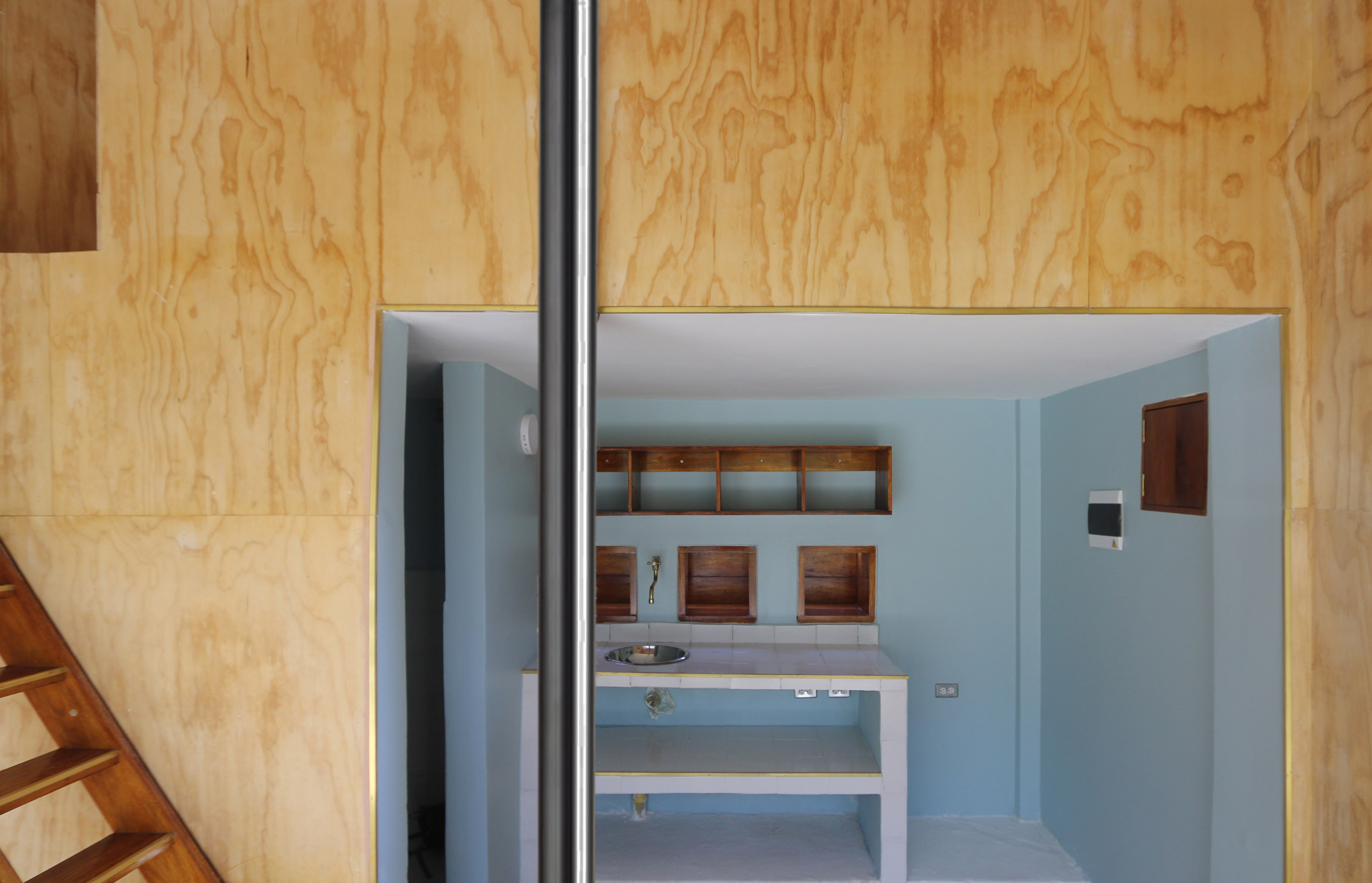 Inside, Arango chose white flooring and a paler wood to line the walls, as a contrast to the dark exterior. He told Dezeen that he is currently in the process of picking his furniture.

Light patterns from the glazed window decorate the wooden wall in the lounge, where a ladder leads to the upper-level bedroom. 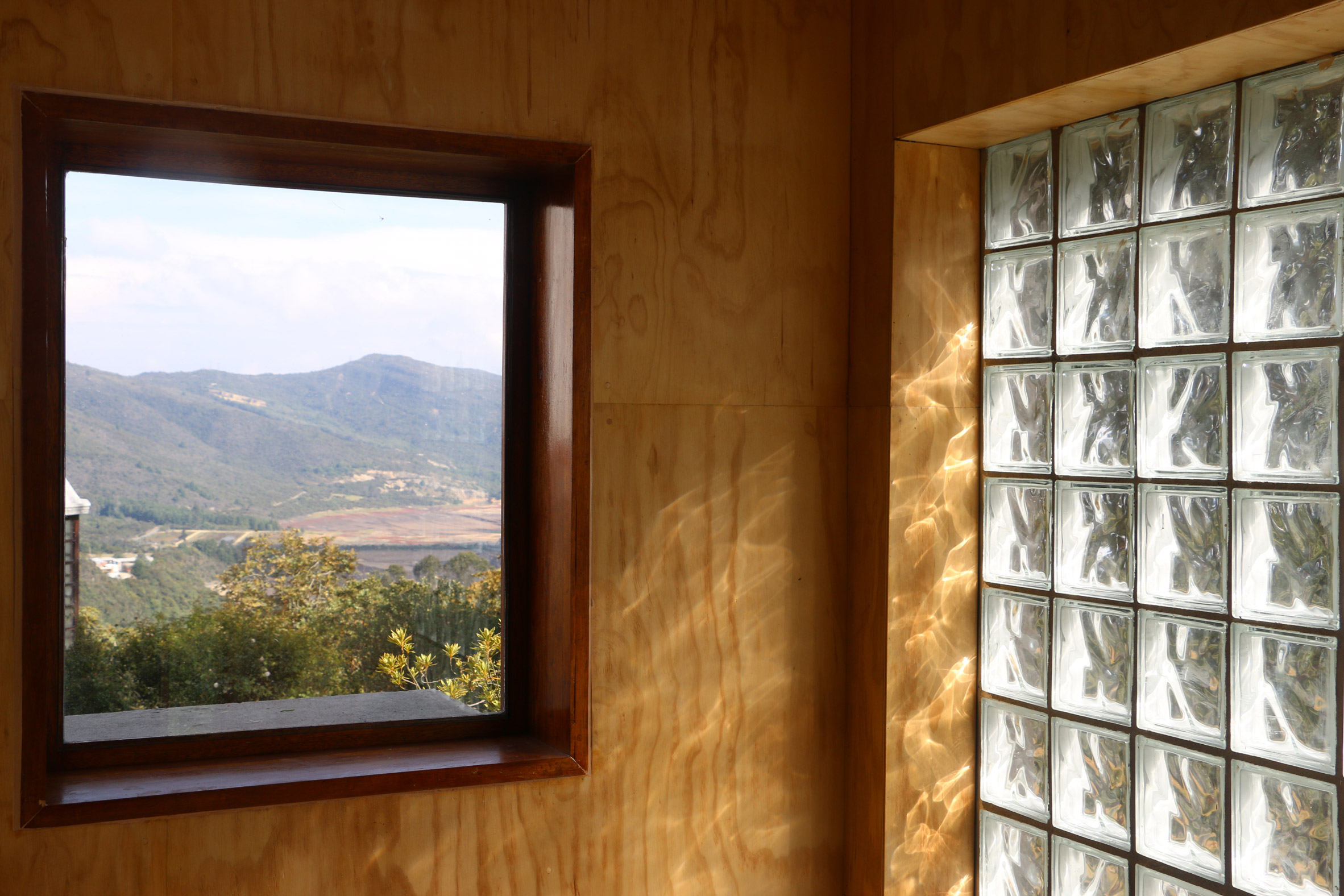 Tucked into an alcove underneath the mezzanine is the kitchen, featuring a sink placed in a white-tiled counter and wooden shelving built onto the wall. A door leads from here to the adjoining bathroom.

Arango joins a host of architects and designers who have completed their own residences. Chad Oppenheim built himself a getaway on a secluded three-mile-long island in the Bahamas, while Rafael de Cárdenas renovated a rundown Brooklyn brownstone for himself. 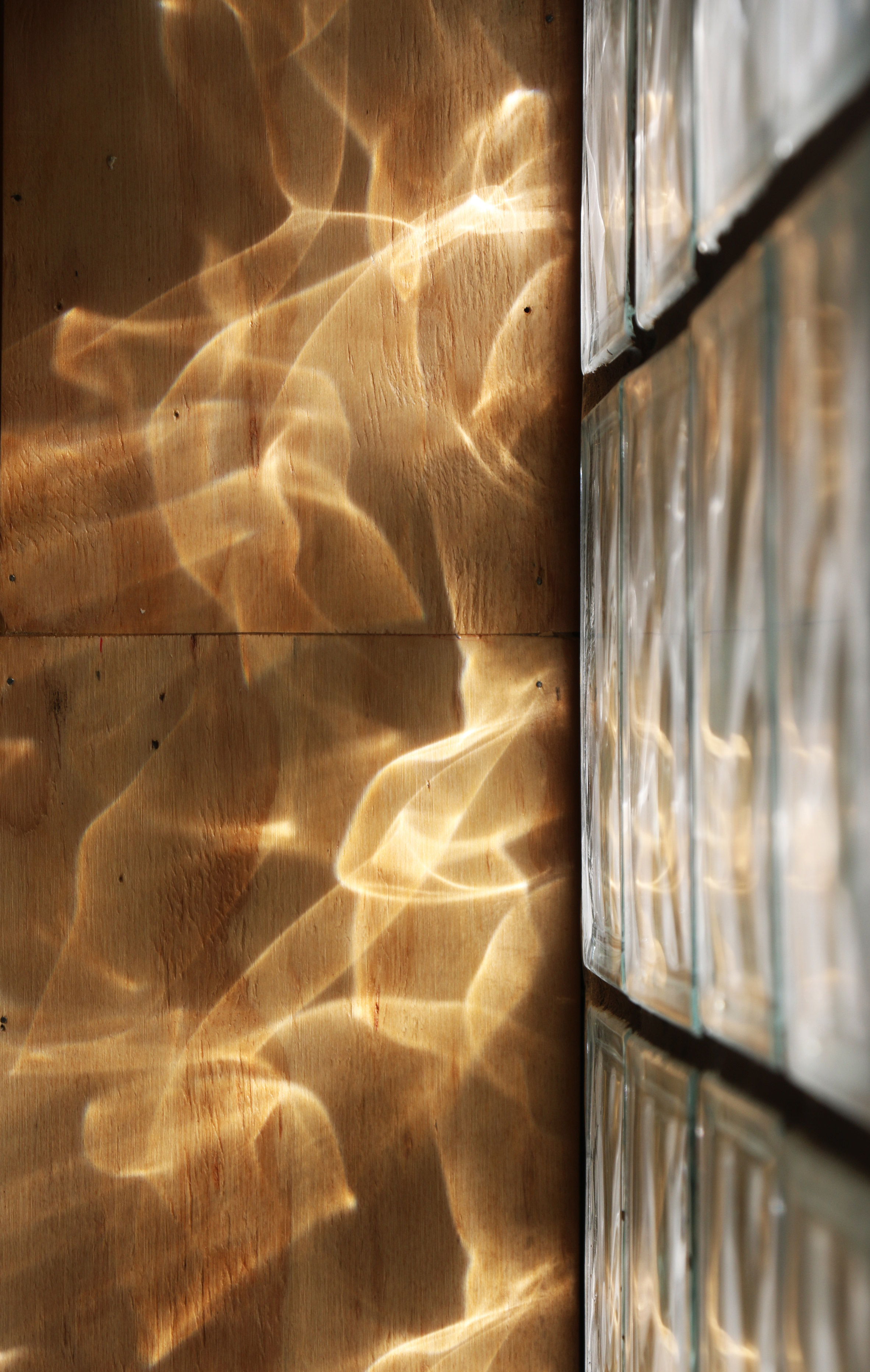 As it measures under 34 square metres, House on the Mist is classified as a micro home. These tiny residences often feature space-saving designs like a raised “sleeping box”, sliding furniture and a Japanese method of organisation.

Photography is by Alfonso Arango.