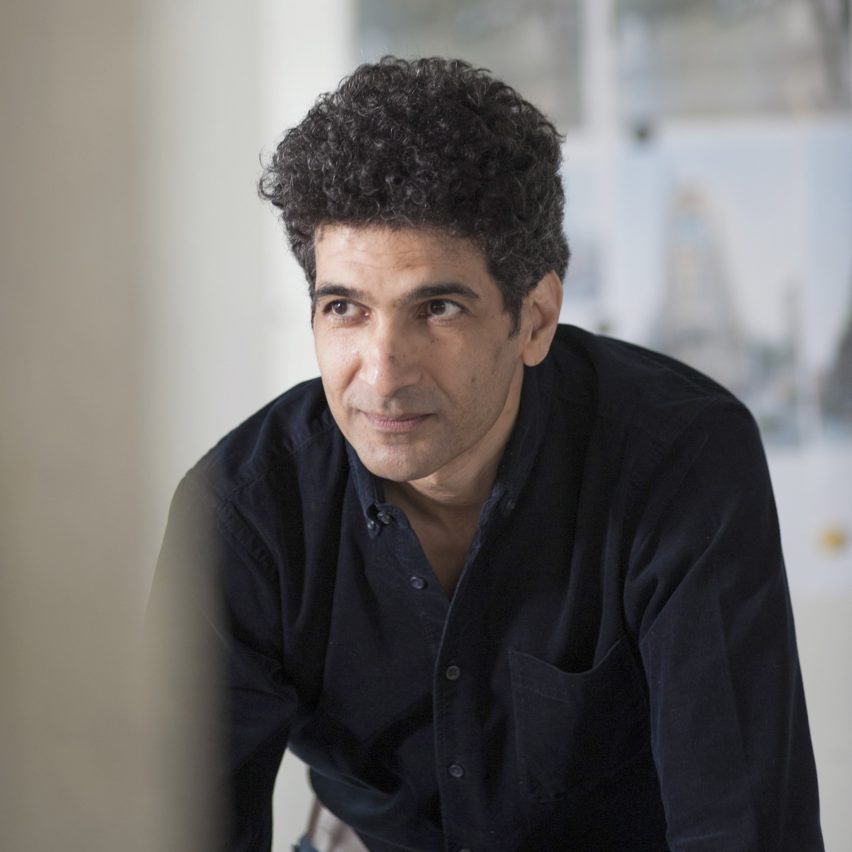 Groupwork founder Amin Taha has expressed his surprise at the studio’s 15 Clerkenwell Close project being included on the shortlist for the 2021 Stirling Prize three years after it was removed from consideration due to a planning dispute.

Taha’s studio Groupwork has been included in this year’s six-strong Stirling Prize shortlist despite not being one of this year’s RIBA National Award winners, which normally make up the prize’s longlist.

The project won a RIBA National Award in 2018. However, unbeknown to Taha, it was removed from contention for the Stirling Prize that year due to a planning dispute over the stone used for the building’s facade.

The building’s inclusion on the shortlist this year, therefore, came as a complete surprise to the architect.

“I was a bit speechless and confused until they explained it had been under consideration three years ago, but set aside for the planning appeal to be resolved,” Taha told Dezeen.

“We aren’t made aware whether a building is in final consideration until the shortlist is announced.”

Being shortlisted “is simply a pleasure”

RIBA removed the six-storey housing block in Clerkenwell, which contains Taha’s home and Groupwork’s office, from contention for the prize in 2018 after the local council issued a demolition order for the building.

At the time, Islington Council claimed the natural stone facade was not fully detailed in the planning documents.

However, following a successful planning appeal, the building was saved from demolition in 2019 after a planning officer admitted to redacting information relating to the facade.

“Winning the appeal on hearing the enforcement officer concede no demolition order would have been issued had he not removed all references to our stone design was vindication,” said Taha.

“As RIBA jurors had already told us during their Regional and National Awards visits how much they appreciated the design and its investigation, being shortlisted for the Stirling Prize is simply a pleasure.”

“RIBA does have to set aside controversies”

Although Taha was surprised to learn the building was removed from consideration in 2018, he understands the reasons why RIBA made the decision.

“The RIBA does have to set aside controversies that would otherwise take attention away from the Stirling Prize itself,” he said.

The 15 Clerkenwell Close building was designed by Groupwork to demonstrate the possibilities of using stone as a building’s structure. The six-storey building has a structural stone frame.

“We aimed to question what a building is made of,” said Taha. “Could it be lighter/greener, surprise us.”

“The design team, from engineer to quantity surveyor, hadn’t built in loadbearing stone before,” he continued. “We found it quicker, cheaper and found beautiful fossils.”

“That the final investigation turned out to have a 92 per cent saving on embodied CO2 compared to a steel frame clad in stone was unexpected and encouraged the team to take those lessons and substitute as much conventional building materials with stone and timber.”

The winner of the award will be announced on 14 October.