imagined on the coastal shores of somewhere with high temperatures and breath-taking views, anti reality has designed a summerhouse with panoramic windows and a pool for a roof. set in a rocky seaside area with direct contact with water, the one-storey dwelling would encompass 914 square feet (85-square-meters). 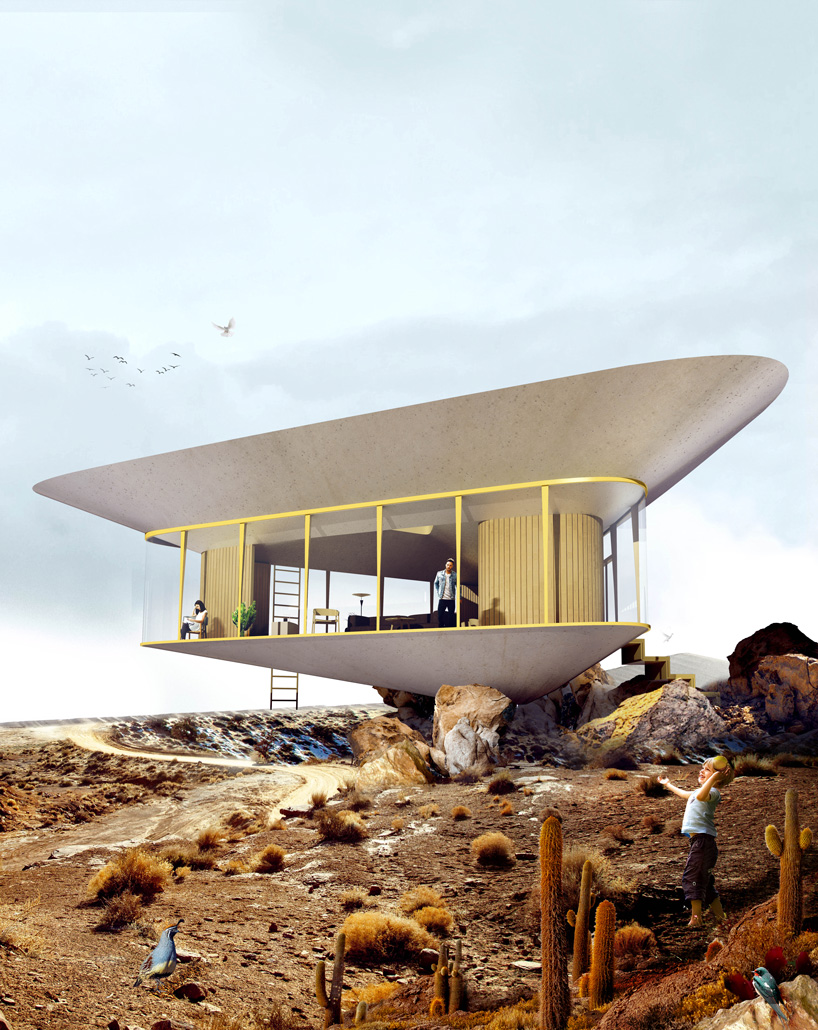 the house is built on a triangular layout and is made up of two principal parts: a living space and a swimming pool. inside, an external passage with a panoramic view of the seaside wraps around a multi-functional space which serves as both a living and dining area.

the function of the interior space is dependent on the configuration of three structural cores that contain a bathroom, a kitchen, and a bedroom. these cores can be used to create three small oval rooms, constituting the only permanent element of the interior. alternatively they can opened up entirely to create walls that enclose the interior space completely, creating privacy from the outside world. the layout is controlled via a mobile panel on the wall.

‘one of the key design intents was to create a building that would be completely open to the surroundings, providing the possibility to observe and engage in direct contact with nature‘, anti reality explains. ‘the summer house has been designed with seasonal recreation and weekends outside the city in mind.’ 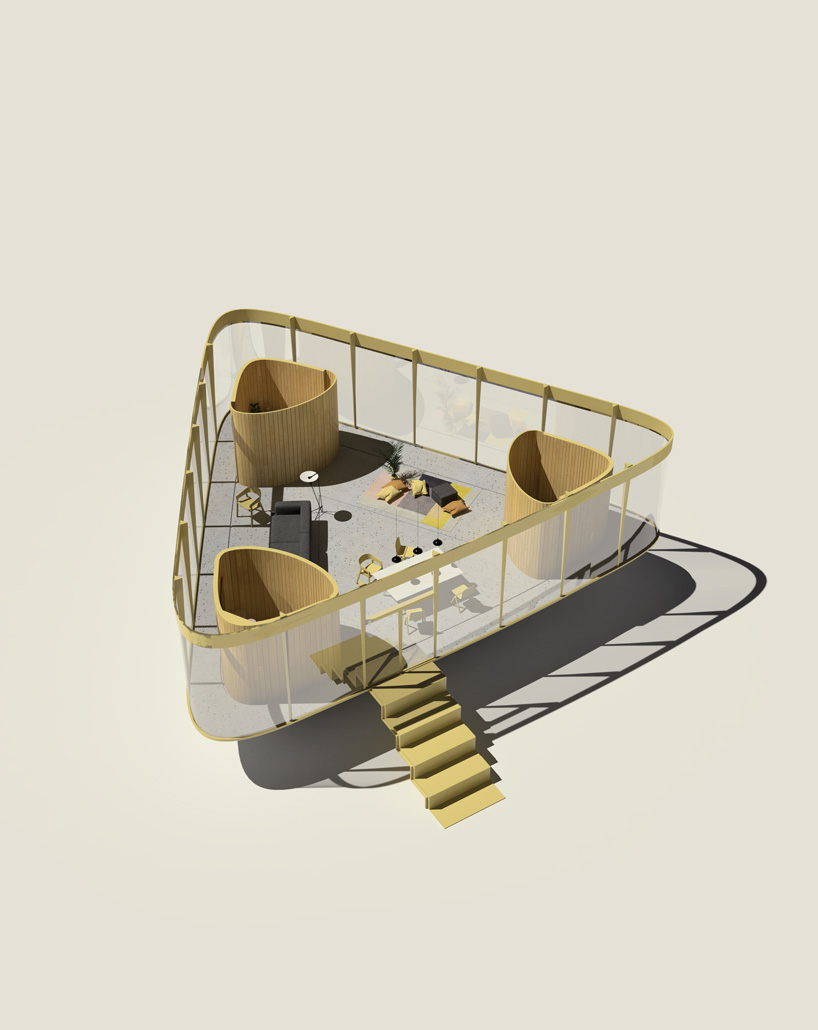 as well as an interior that opens up panoramically to the surrounding landscape, anti reality also imagines an inverted roof structure that can be transformed into a swimming pool. the water level in the reservoir can be controlled by using a siphonic drainage system with roof outlets located over the architecture’s three structural cores. this allows water downpipes to be led through the building interior into an inspection chamber. 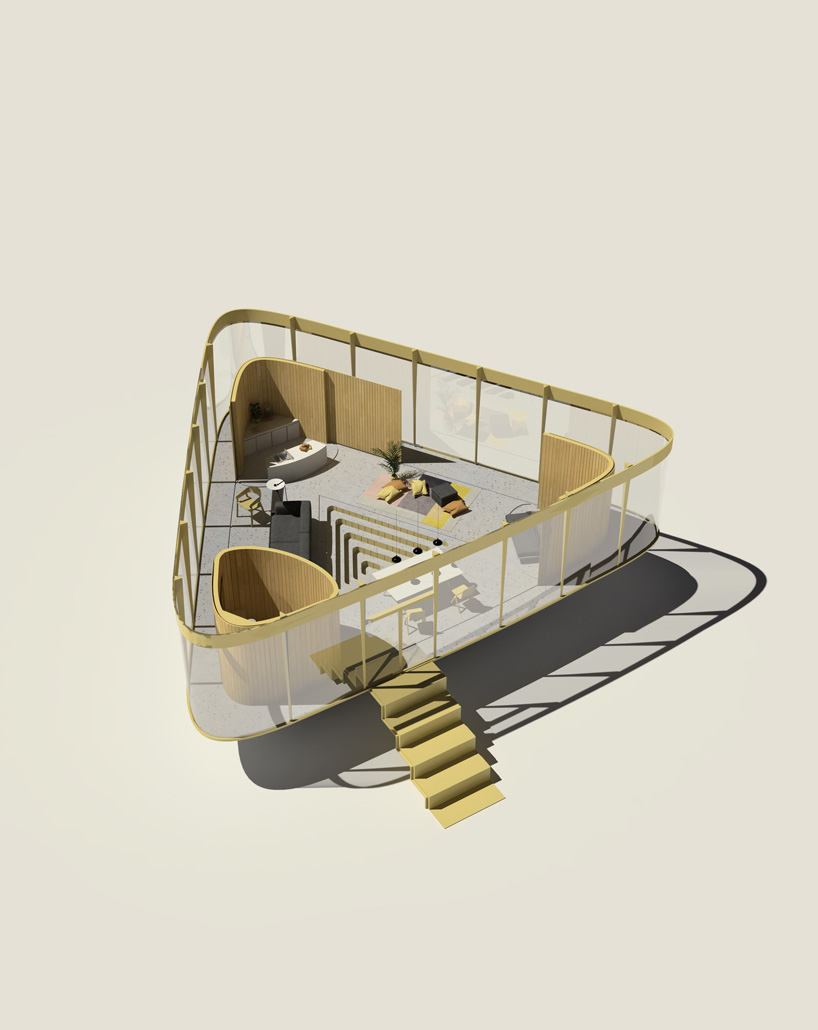 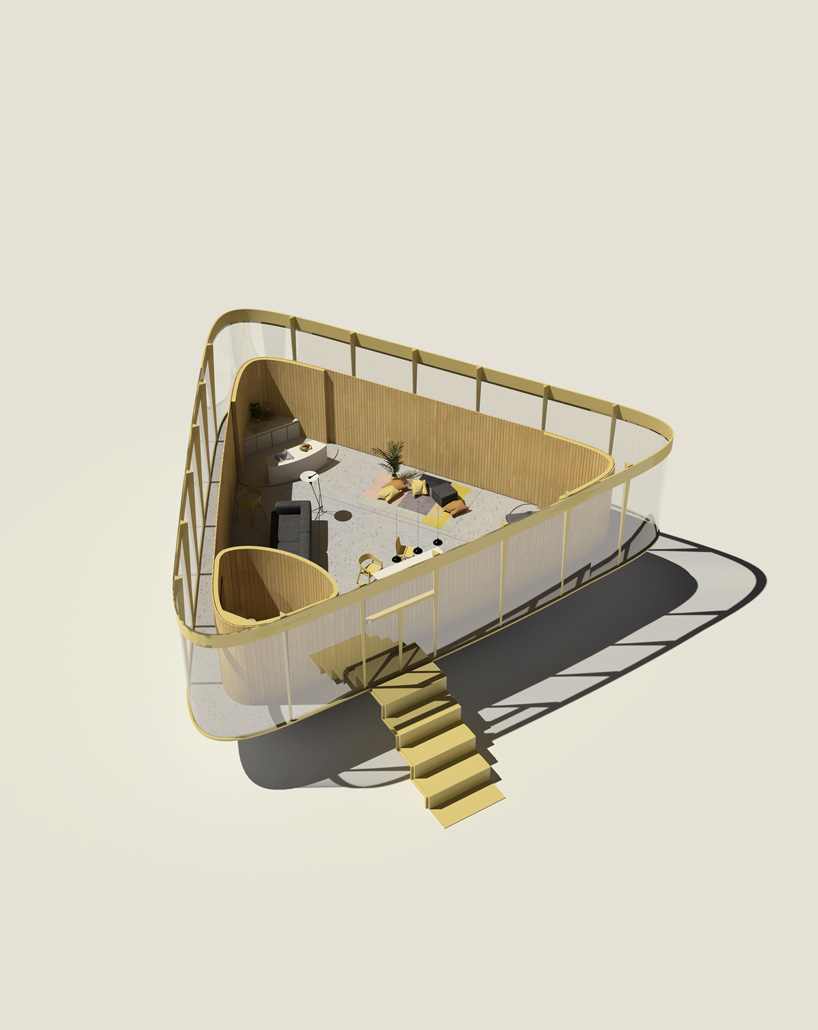 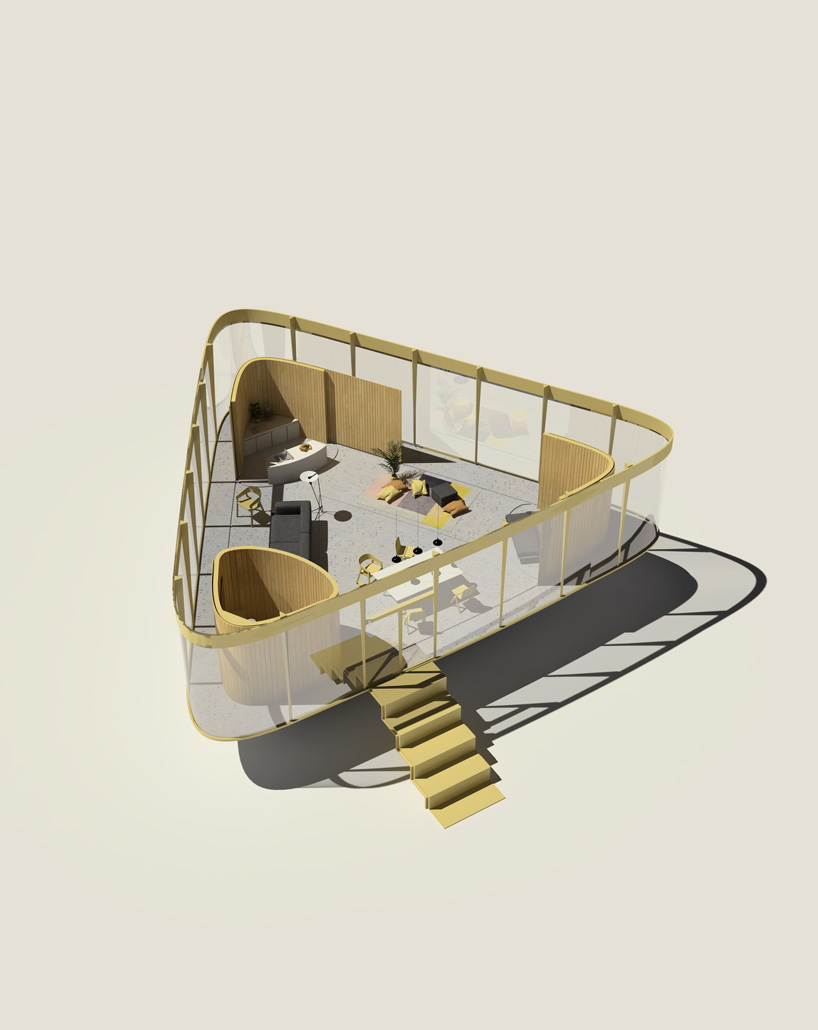 The post anti reality reverses roof of this summerhouse to create space for a pool appeared first on Architecture Admirers.