photographer pygmalion karatzas shares his images of doha‘s ceremonial court designed by the pritzker-prize winning, japanese architect, arata isozaki. the scheme of the project provides a multi-functional, open-air space in which to host events in the capital’s ‘education city’ campus. the photos captured by karatzas embody a muted tonal palette and effectively convey the vast expanse of uncovered space and the light, horizontal elements of the architecture. 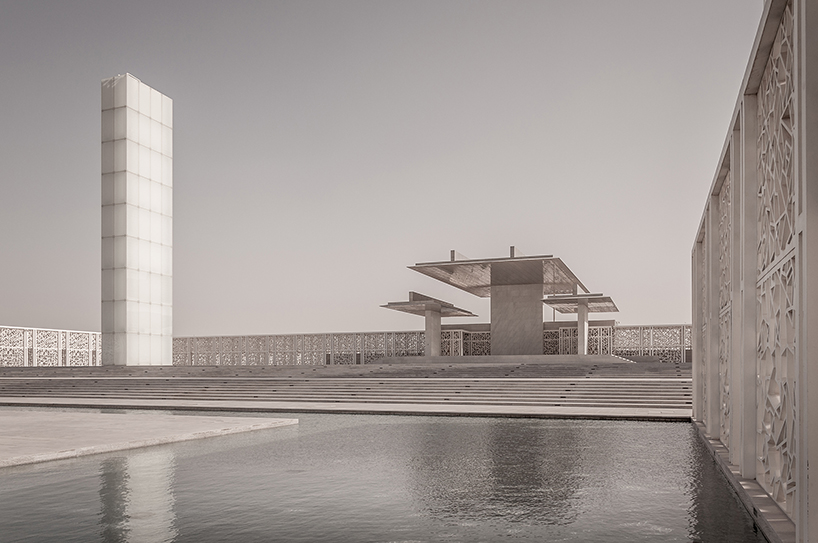 isozaki‘s design creates two settings in which to host special events such as graduation ceremonies, lectures and music concerts. the first space is a formal stage area, situated to the south of the site and with a seating capacity of 3,000. a more informal amphitheater-style arrangement can be found to the north of the venue and can accommodate up to 3,000 people. 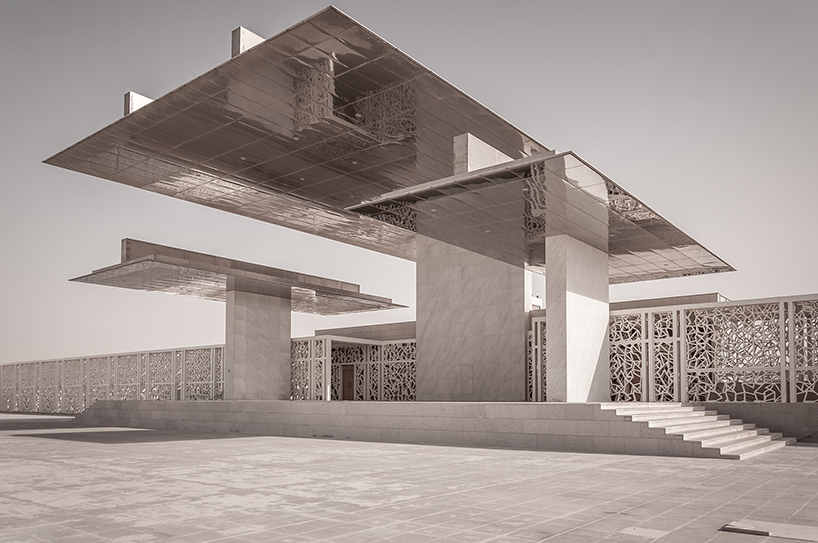 the ceremonial court has a gross floor area of 1,880 square meters and benefits from a central location within the greater educational campus. adjacent to al shaqab academy and at the end of a central green spine, the new architectural intervention consists of two courtyards. these spaces are shown in this photography series and special detail is given to the concrete panel pergola system, which encloses the space on three sides and leads to a stage located in the center of the southern boundary of the facility. 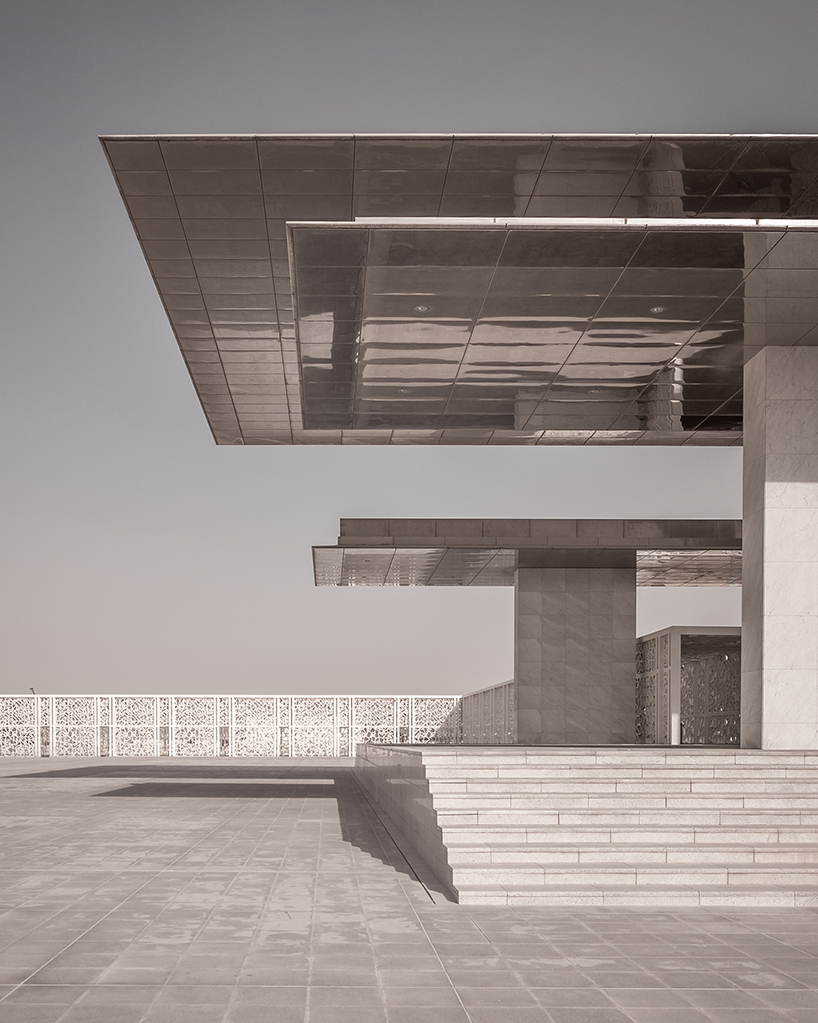 on the northern side of the court there is a pool of water which separates two grand entry stairways, preceded by palm tree courtyards, which are connected via a series of steps and ramps. another attractive feature which karatzas has captured are two 30 meter high lighting towers located at the level change between the higher and lower courtyards. the facilities and amenities include private rooms, north and south stage venues and dressing areas for performers. 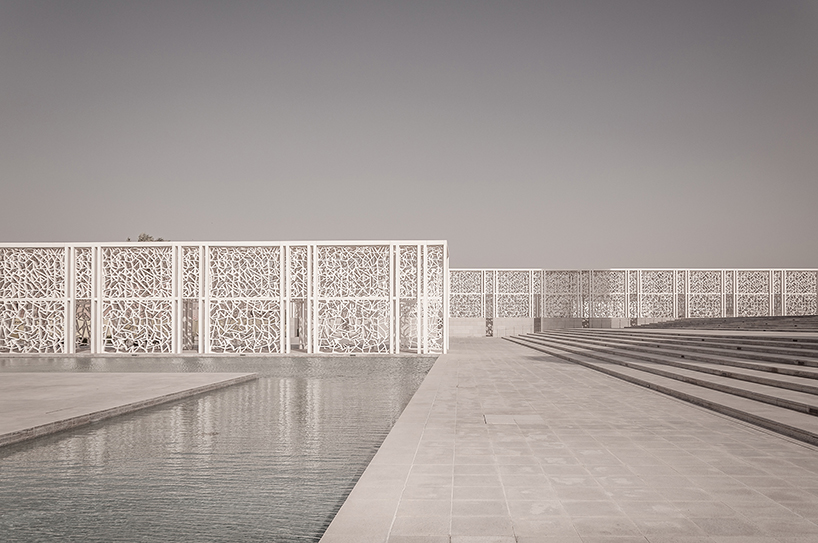 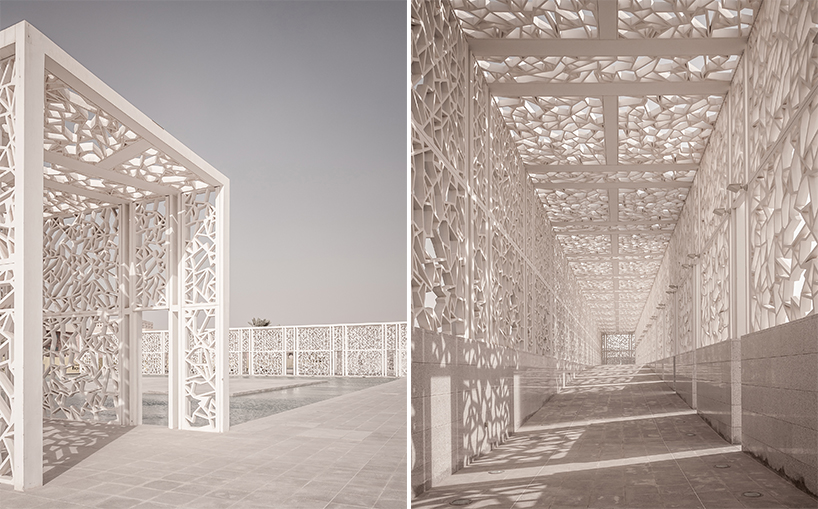 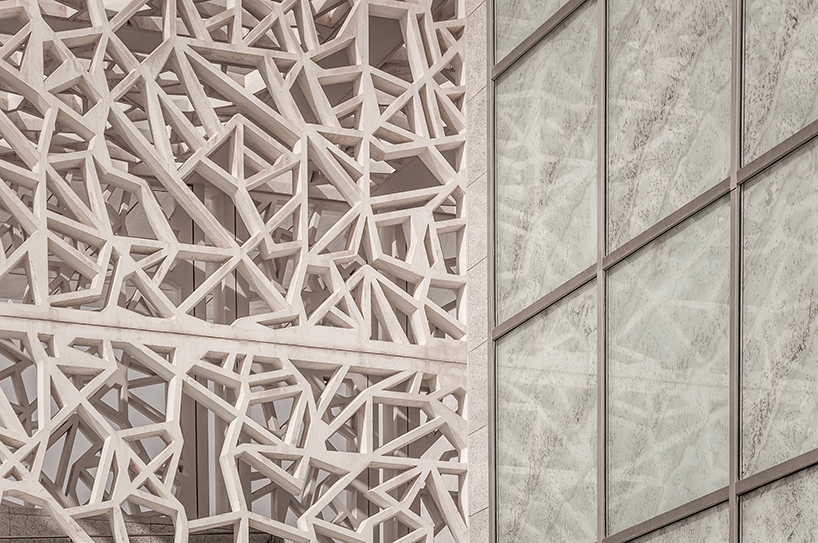 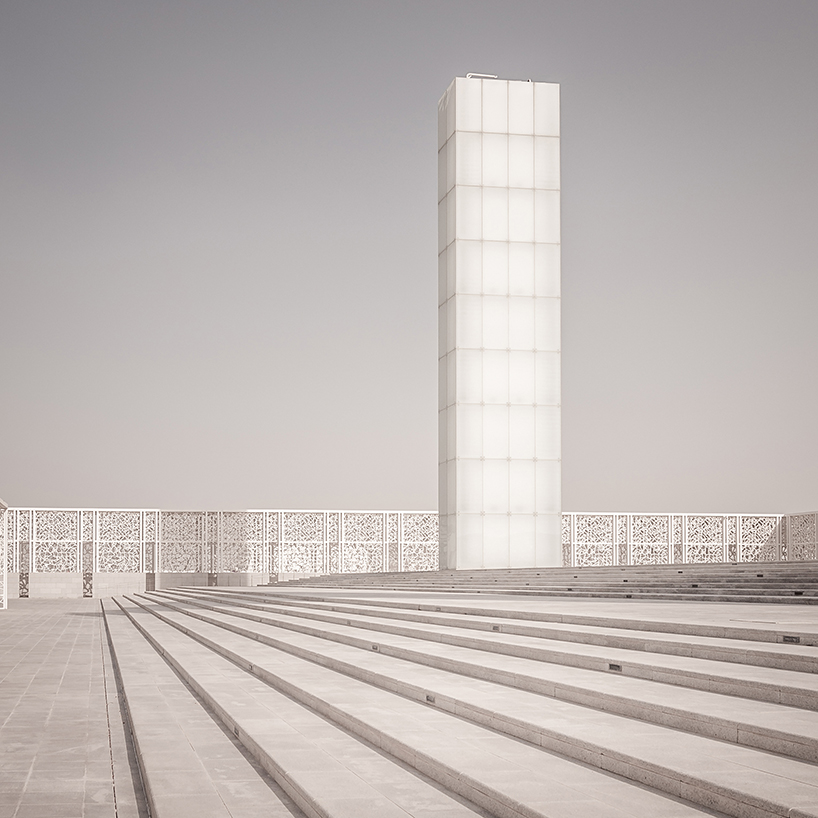 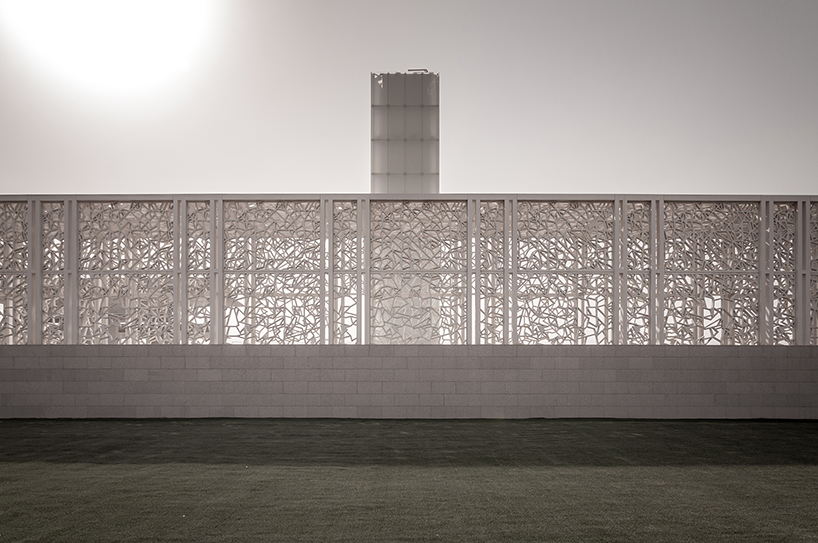 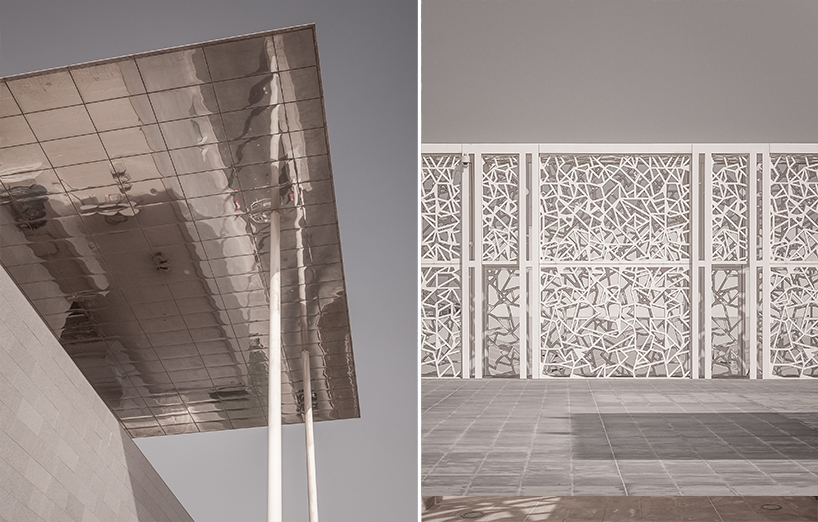 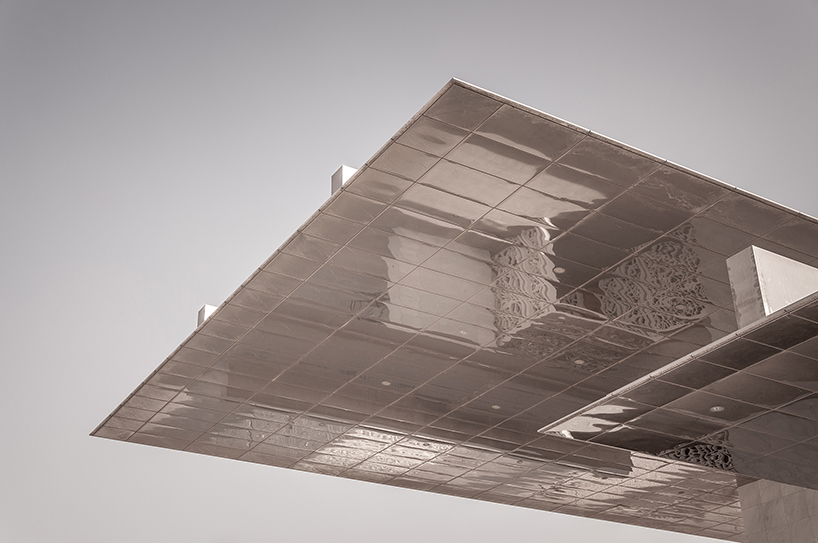 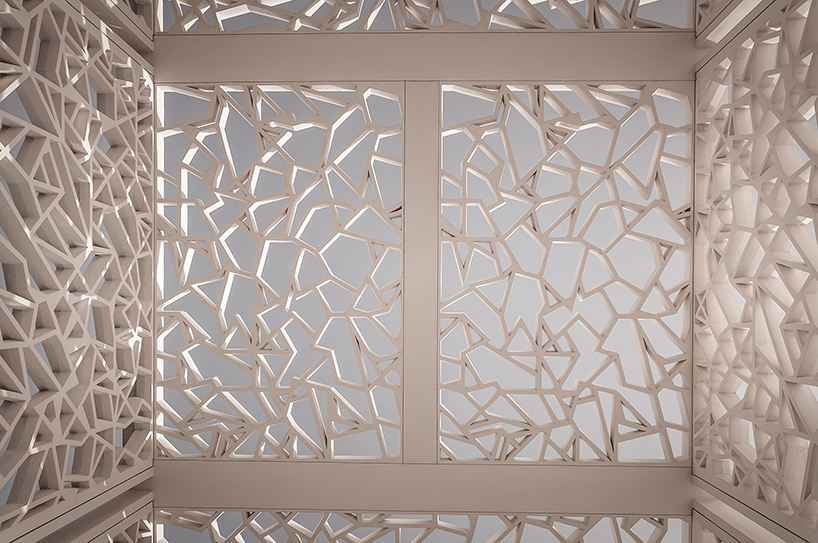