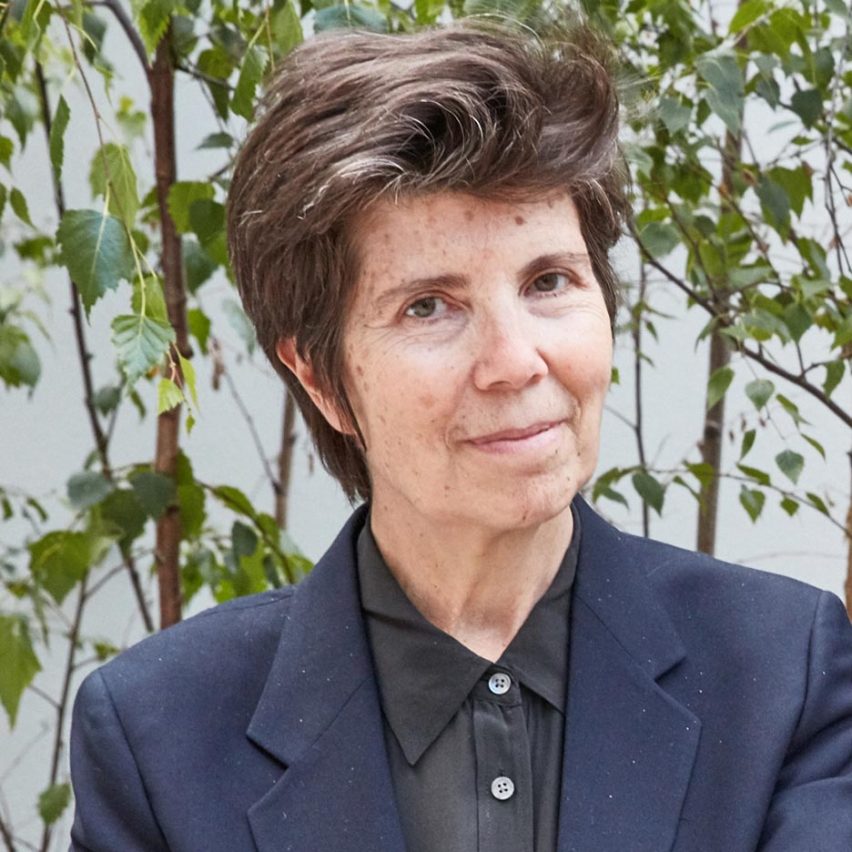 Architect Elizabeth Diller has revealed the “stealthy” way that Diller Scofidio + Renfro creates public spaces – and disclosed how it was accused of corrupting Russian youth after an outbreak of open-air sex in Moscow’s Zaryadye Park.

In a TED talk, the co-founder of the New York studio described how the studio managed to create an open space in central Moscow that pleased the authorities while allowing Muscovites to act freely.

“The park’s liberating effect on a repressed younger generation was caught on security cameras,” she said in the TEDWomen talk, which was recorded last November but uploaded to the internet last month.

“Government officials blamed American influence for corrupting Russian youth. But for us, this was a great sign of success.”

In the talk, Diller explained the “stealthy, under-the-radar” ways the studio has created spaces that serve the public rather than commercial or political interests.

“Public space must be as free and abundant as the air we breathe,” said Diller at the start of the talk, which is titled “A stealthy reimagining of urban public space”.

Diller made the comments as part of her TEDWomen talk

Besides describing the studio’s work on the High Line in New York City, where the firm created a linear park in the teeth pressure from developers, Diller discussed its approach to Zaryadye Park in central Moscow.

“We faced a moral dilemma,” said Diller, recounting the Moscow project. “Was it possible to make a democratic public space in the context of a repressive regime?”

Completed in 2017, the 35-acre Zaryadye Park is the first new public space in Moscow for 60 years. The site, which faces the Moskva river on one side and the Kremlin and St Basil’s Cathedral on another, was formerly occupied by the enormous Rossiya Hotel.

The hotel was demolished in 2006 to make way for the Zaryadye Project, a proposed urban quarter designed by Foster + Partners.

However, when Russian president Vladimir Putin returned to power in 2012, he instructed Moscow’s mayor Sergei Sobyanin to turn the site into a public park.

Diller Scofidio + Renfro was appointed to design it the following year.

The project was politically sensitive from the outset. “Given the vulnerability that public spaces pose from opposition, governments try to control them,” Diller said in her talk.

“The architectural brief we got discouraged large open spaces, presumably out of concern for public assemblies and social unrest. Our response was to make open meadows and plazas whose uses could be open-ended.”

Unlike most parks in Moscow, the layout encouraged people to stray from paths and enter planted areas. “This was our stealthy move,” she said.

“Instead of the manicured gardens and restricted inventories of official plantings, like rose bushes, we introduced a principle we called wild urbanism consisting of plants sourced from across Russia to evoke national pride.”

Zaryadye Park features a concert hall, an elevated walkway and landscaped gardens designed to recreate a variety of Russian landscapes such as tundras and steppes, which cover a large underground car park.

The park was hugely successful, with a million people visiting in the first month when it opened in September 2017. “So, not surprisingly, Putin politicized Zaryadye as his park for the people,” said Diller.

However, the undulating topography and hidden corners made it immensely popular with copulating couples, who were caught on CCTV. This alarmed the authorities but delighted Diller.

We came to believe that regimes come and go – some more slowly than others – but public spaces endure,” Diller concluded. “They can work quietly, even subversively, to empower the public.”

She used her talk to set out a manifesto for how architects should approach the design of public spaces.

“In our real estate-driven cities, where open space is increasingly carved up, traded and sold as a commodity, architects must defend public space, advocate for more of it, and reclaim space that’s been squandered by neglect or lack of vision,” she said.

“In our practice, this sometimes means openly sparring with a client to carve out public space, or inventing stealthy, under-the-radar ways of insinuating space for the public into otherwise private building projects.”

“Either way, all democracies need champions,’ she said. “It’s our role, as stewards of the urban realm, to will public space into existence and to democratize our progressively privatized cities.”

Diller Scofidio + Renfro was founded by Diller and Ricardo Scofidio in 1981. Diller, named one of the most influential architects in the world by Time magazine in 2018, has previously spoken out on topics such as women in architecture and supertall skyscrapers.