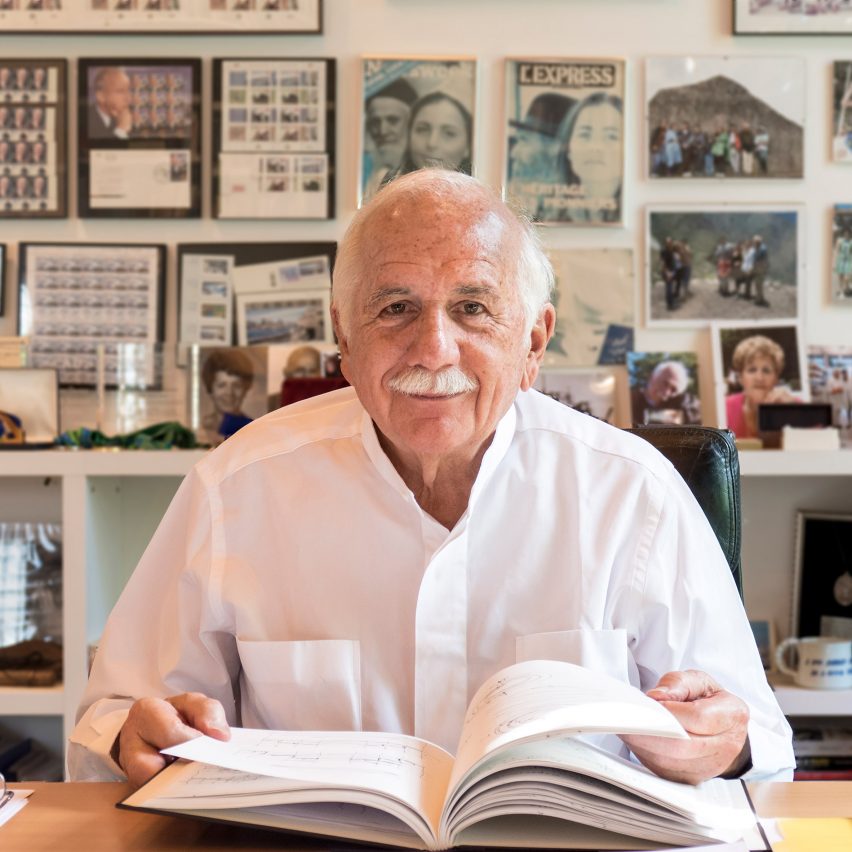 Architect Moshe Safdie has encouraged others in the profession to become more reactive to the world’s changing climate, by incorporating adaptable spaces into their projects.

As some environments become more extreme, architects need to create convertible spaces that can be used during both very hot and very cold weather, Safdie told Dezeen.

“In terms of design, I always say that if things get worse climatically, hotter and colder, then architects need to respond by being more versatile,” he said.

“We’ve been looking at garden-like commercial environments that open up on a beautiful spring or a summer day, and you just let it be outdoors. And then, like nature, it transforms with snow and shuts up.”

Particularly, cities in the US northeast are expected to experience increasingly scorching summers and frigid winters as a result of climate change.

Safdie suggested that adaptable outdoor spaces for residences could provide more pleasant living conditions in these places, rather than relying on air conditioning and heating.

“In Boston, the winters are getting colder but the summers are getting hotter,” he said. “So you create a little terrace, and you can’t use it half of the year. So let’s find a way that we can [enjoy it more].”

“In New York, if I was to design ideal terraces, I would have a section that is a greenhouse,” Safdie said. “And the greenhouse opens up to become part of the larger terrace. Come winter, you’re in the greenhouse and you’re surrounded by beautiful snow.”

Leading by example, he has created such a space at his own house in Cambridge, Massachusetts.

“I added a living room, so I put a greenhouse roof over it, and I can shade it in the summer for the heat,” said Safdie. “I can open the whole wall to the garden, and then it’s part of the garden. It’s a minor step but it is a way where you transform the space.”

Safdie is known for projects like Habitat 67 – a revolutionary housing development in Montreal, built from a series of concrete cubes in an arrangement that offers all apartments an outdoor space.

He recently applied a similar approach to the Sky Habitat residential complex in Singapore, which also features generous balconies that could have benefitted from adaptable shading, the architect reflected in hindsight.

“What you realise is that it is too bloody hot during the day, and we wanted something to shade with a retractable canvas,” said Safdie.

The architect spoke to Dezeen at an event in New York last month, during which he provided updates on some of his latest projects.

Among these is Safdie Architects’ Jewel expansion of Singapore Changi Airport – a bagel-shaped greenhouse structure scheduled to open in April.

“For something like Jewel, [if it] was in a city with a temperate climate, my dream would be would be to open it up to the air and nature when the weather is wonderful,” Safdie said.

“It’s not easy technologically because once the client has invested in an air-conditioning system, they’re very reluctant to deal with the consequence of not depending on it. But I think it is in the air.”

“The success of some outdoor, unroofed, un-airconditioned projects, I think that is hinting at what is to come,” he added. “People do want to be out there and breathe when the weather permits.”

Overall, Safdie believes everyone can do their part in combatting threats to the environment.

“The only thing we can do about climate change is reducing carbon footprint,” he said, referring to the total carbon-dioxide emissions caused by an individual or an organisation’s consumption of food, fuels, buildings and transportation.

“We do everything we can to reduce our carbon footprint,” Safdie said.

As reports from organisations like the UN paint a bleak picture of the world’s future if steps are not taken to slow or reverse global warming, Safdie’s comments echo those of others in architecture and design.

Writer Darran Anderson also called for a new form of architecture that can adapt to major environmental changes in an Opinion column for Dezeen, while curator Paola Antonelli said humans have the power to design ourselves a “beautiful ending” ahead of her Broken Nature exhibition in Milan.

The post “Architects need to respond to climate change by being more versatile” says Moshe Safdie appeared first on Dezeen.