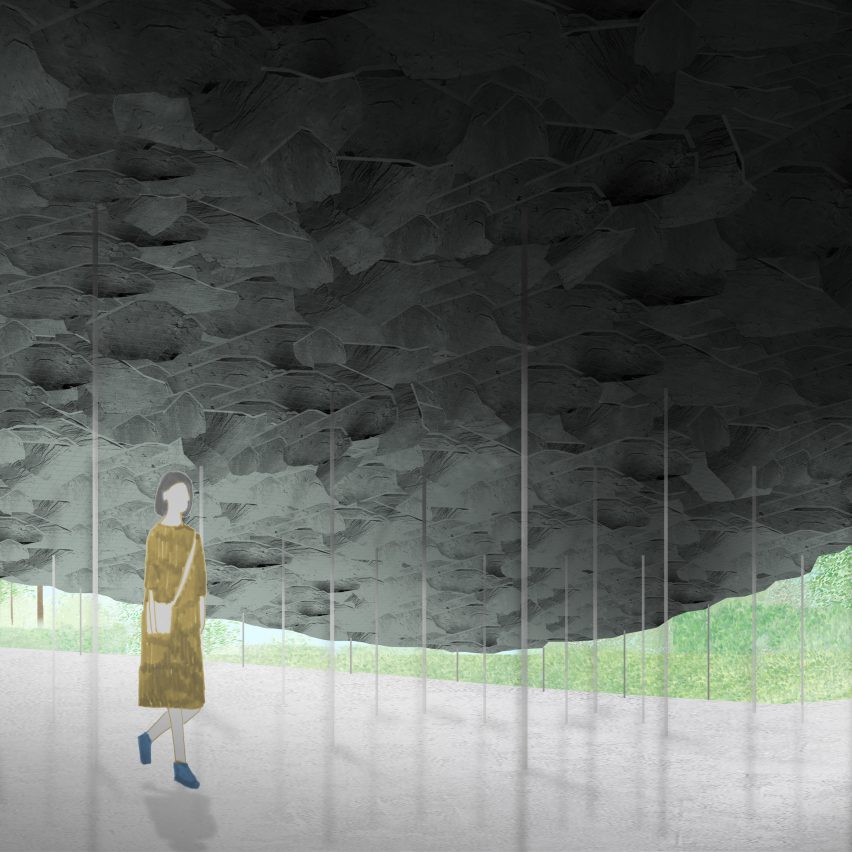 Architects who rely on free labour should be banned from high-profile projects like the Serpentine Pavilion says designer Adam Nathaniel Furman, who first revealed unpaid internships at this year’s pavilion architect Junya Ishigami.

“This makes my blood boil,” Furman told Dezeen. “People such as Ishigami shouldn’t be given prestigious commissions such as the Serpentine [if] they are designed using unpaid labour.”

Furman published an email from Junya Ishigami + Associates on his Instagram account two weeks ago, in which the Japanese studio sets out terms for an unpaid internship.

“The internship is un-paid [sic]”, reads the email, sent in reply to a prospective candidate. “Interns are required to use their own software and computer equipment. Working hours in the office is from Mon-Sat, 11 am to midnight.”

The email goes on to say that the studio is unable to help with visas for overseas applicants.

Campaign against unpaid labour in architecture

Furman posted the message as part of his #archislavery campaign to encourage architects to share their experiences of unpaid internships and invite debate over the issue of architecture studios profiting from unwaged labour.

The issue was subsequently investigated by the Architect’s Journal, which published a story on the issue.

The Serpentine Gallery said it was discussing the issue with Ishigami. The Serpentine only supports paid positions on all of its projects and commissions and we are in touch with the architectural practice about this,” a spokesperson told Dezeen.

The gallery does not pay architects for the annual commission, which has been running since 2000, when Zaha Hadid became the first architect to design a temporary structure for the gallery’s lawn.

As of 2011, RIBA chartered practices in the UK have been required to pay all their staff the statutory minimum wage. In 2016 this rule was updated to require RIBA regulated architects to pay the UK’s Living Wage.

“The rest of the profession should do the same,” Derbyshire continued. “This exploitation of talent runs counter to a diverse and inclusive profession and must be stamped out.”

Japanese architect Junya Ishigami was announced as the architect for this year’s Serpentine Pavilion, a prestigious annual commission to build a temporary structure next to London’s Serpentine Gallery, in February 2019.

Ishigami’s concept features a roof of natural slate arranged to appear as though a rocky outcrop has emerged from the lawn of Kensington Gardens.

A similar row erupted six years ago when Sou Fujimoto, architect of the 2013 Serpentine Pavilion, cheerfully acknowledged his own practice’s use of unpaid interns.

“In Japan we have a long history of interns and usually the students work for free for several periods,” Fujimoto told Dezeen at the time. “It’s a nice opportunity for both of us.”

Unpaid “open desk” internships are common in Japan, although they are illegal in the UK.

Miralles Tagliabue’s practice EMBT in Spain is currently advertising for an internship position where architecture students or graduates must obtain their own funding through the EU’s Erasmus scheme.

Dezeen has approached all the architecture studios mentioned in this story for comment.