Burning Man festival has revealed a spiralling wooden pavilion as the main temple to be built and then sent up in flames in the Nevada desert this year.

The design, by Arthur Mamou-Mani of London-based Mamou-Mani Architects, was selected by the Burning Man Arts organisation, which oversees the creative programme for the annual nine-day event.

Named Galaxia, the temple will be formed of 20 timber trusses that spiral up and form a tower as they converge.

The triangular trusses will create different paths into the centre of the pavilion, where a giant 3D-printed mandala will be placed. Small alcoves along the routes will provide spaces for visitors to write and reflect. 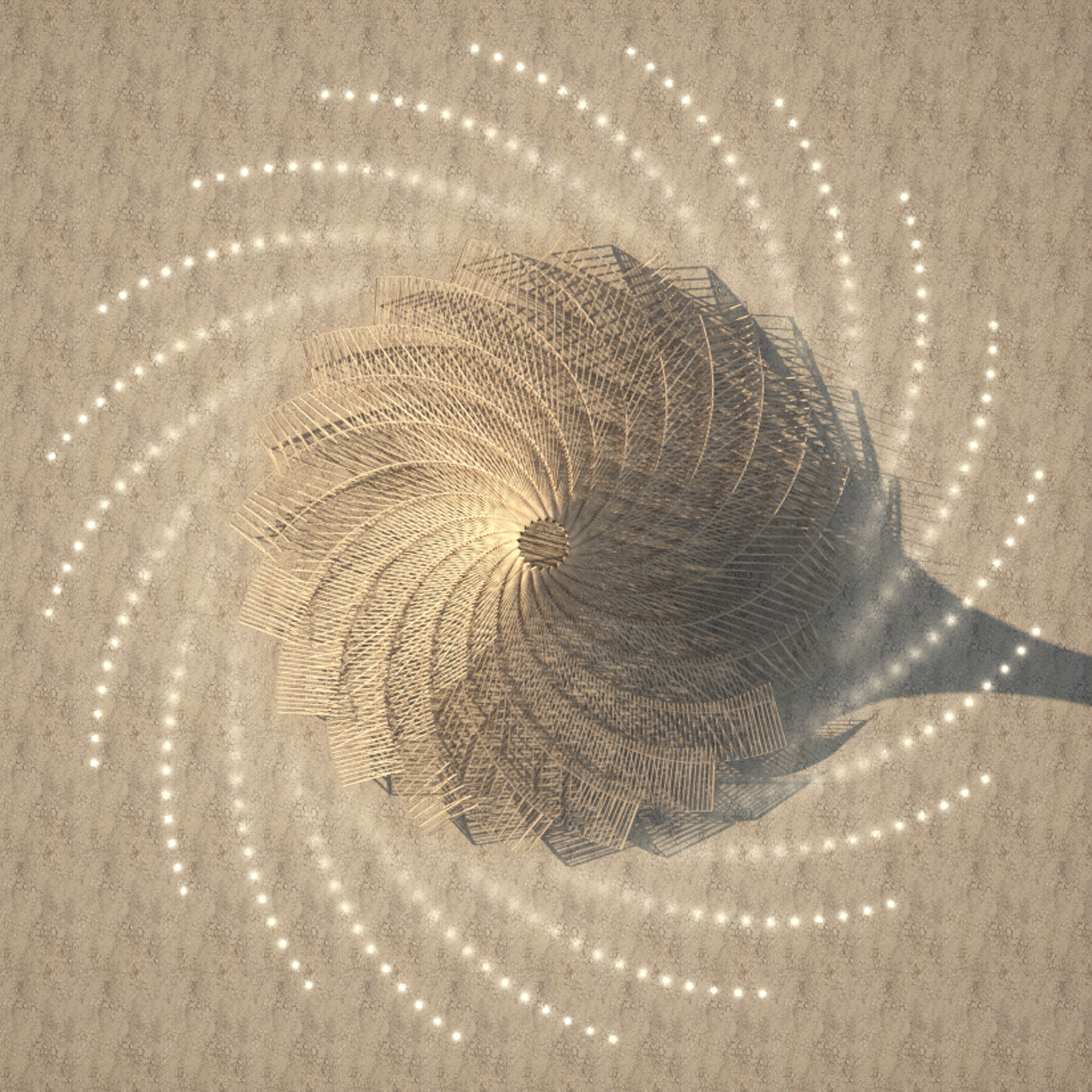 The structure was designed with the help of digital 3D-modelling tools like Rhino and Grasshopper. It references the fictional planet Gaia from the 1980s sci-fi book series Foundation by American author Isaac Asimov.

“Galaxia celebrates hope in the unknown, stars, planets, black holes, the movement uniting us in swirling galaxies of dreams,” reads a blogpost on the Burning Man website.

“A superior form of Gaia in Isaac Asimov’s Foundation series, Galaxia is the ultimate network, the fabric of the universe connecting living beings into one entity.”

Each year, the temple forms a focal point in Black Rock City – formed in the desert as 68,000 revellers set up camp. Burning Man founder Larry Harvey spoke to Dezeen about the need for urban design at an event of this scale during an interview in 2015.

French architect Mamou-Mani is also a professor at the University of Westminster, and has been taking groups of students to Burning Man for many years.

Structures his students have built include the Tangential Dreams installation, one of the highlights of the 2016 edition.

Burning Man 2018 will take place 26 August to 3 September. Mamou-Mani and his team will build much of this year’s temple in Reno, Nevada, and assemble it in the desert with the help of volunteers.

Last year’s temple was designed by artist Marisha Farnsworth and constructed from 100 dead trees to highlight the “dramatic changes occurring in our forests”.

It was joined by an artificial tree illuminated with “light flocks” by Studio Drift and many more installations and artworks, some of which were captured architects and designers in attendance.