To build the walls of this house in Mexico City, architecture firm ASP took soil excavated from the site and turned it into blocks. 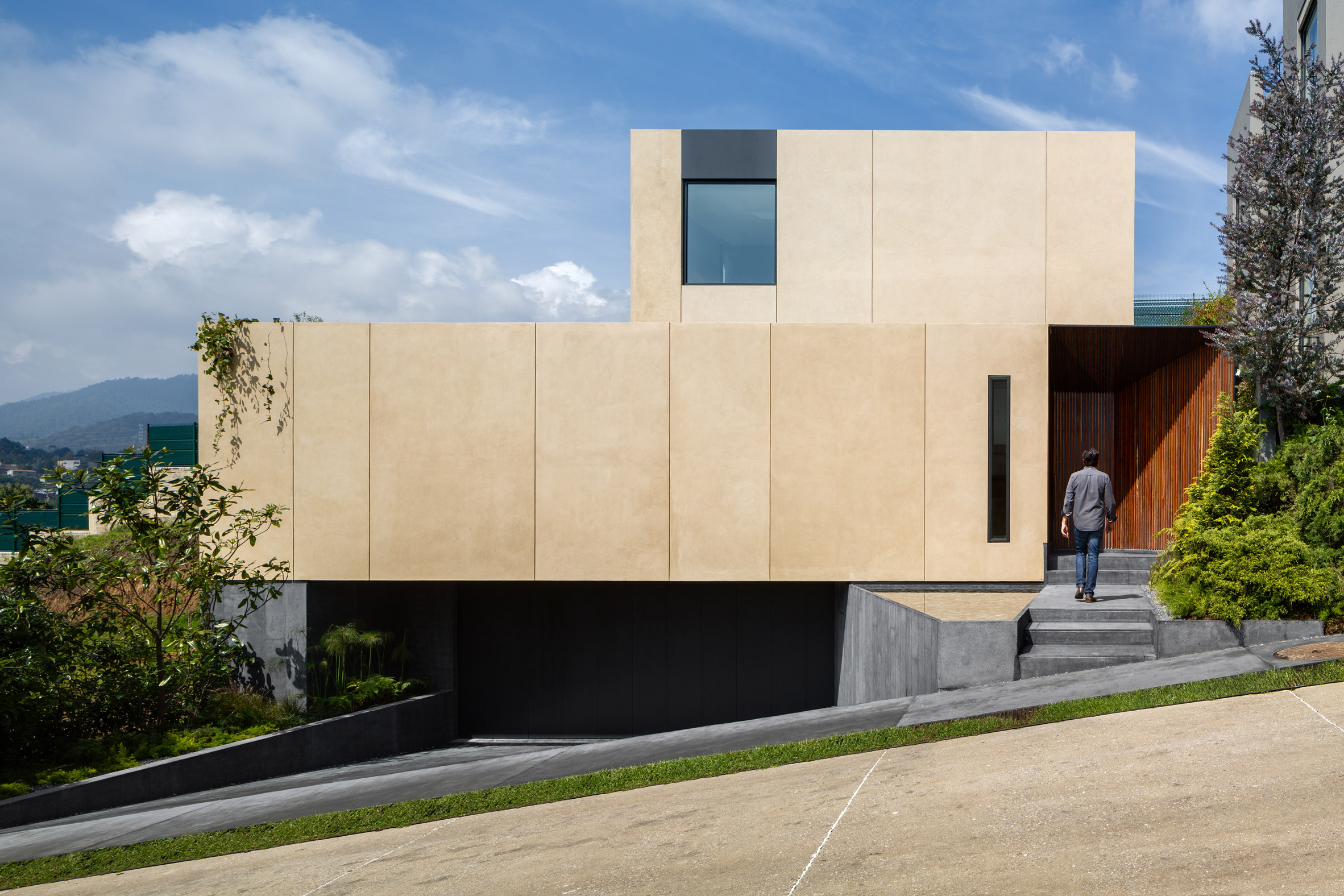 Arquitectura Sergio Portill (ASP) designed the Cumbres House for a plot in the Cumbres de Santa Fe housing development, in the southwest of the sprawling metropolis. 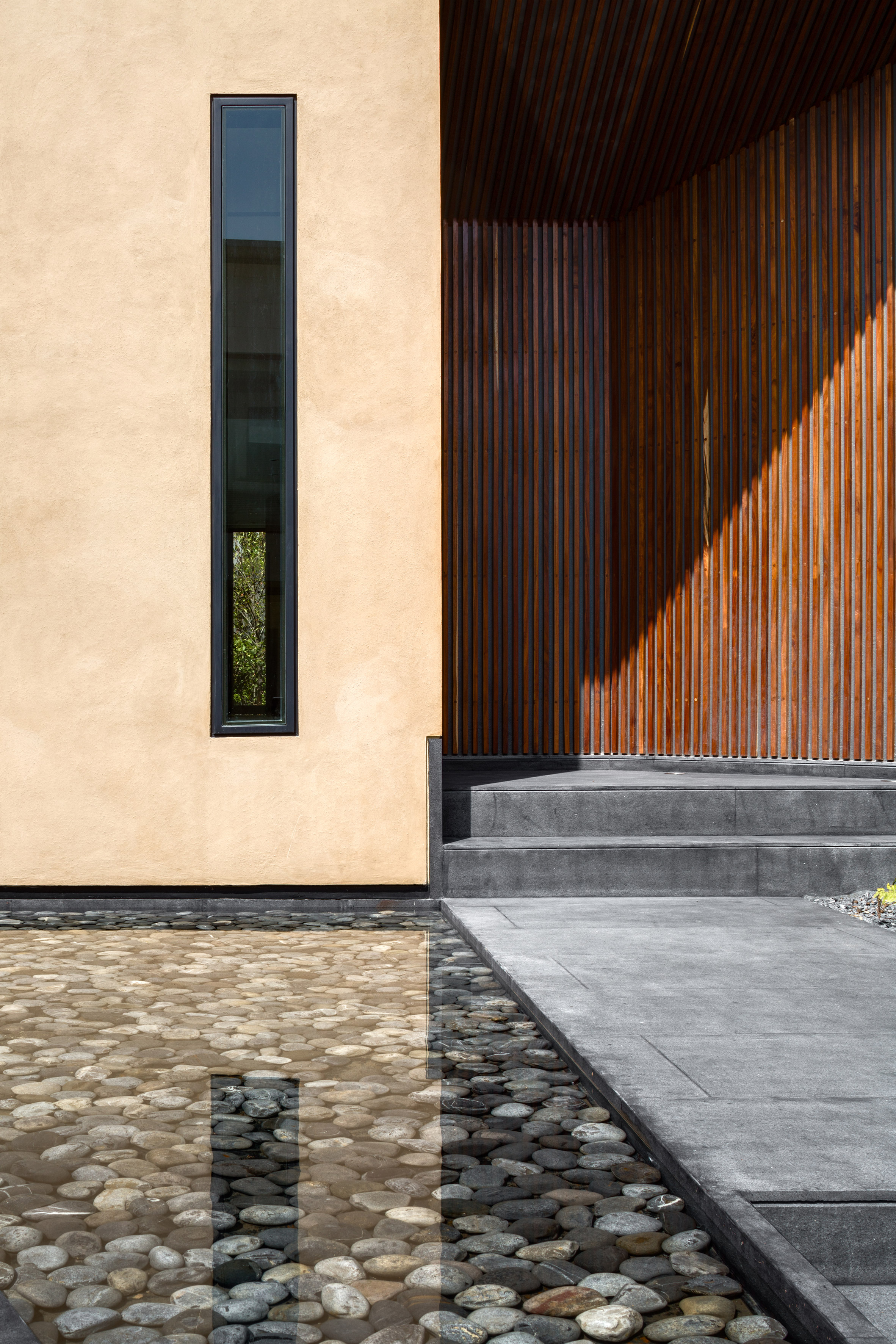 During construction, soil that was excavated from the plot was turned into compressed earth blocks (CEB) on-site. These were then used to build the walls, which are covered in stucco almost mixed using the leftover earth. 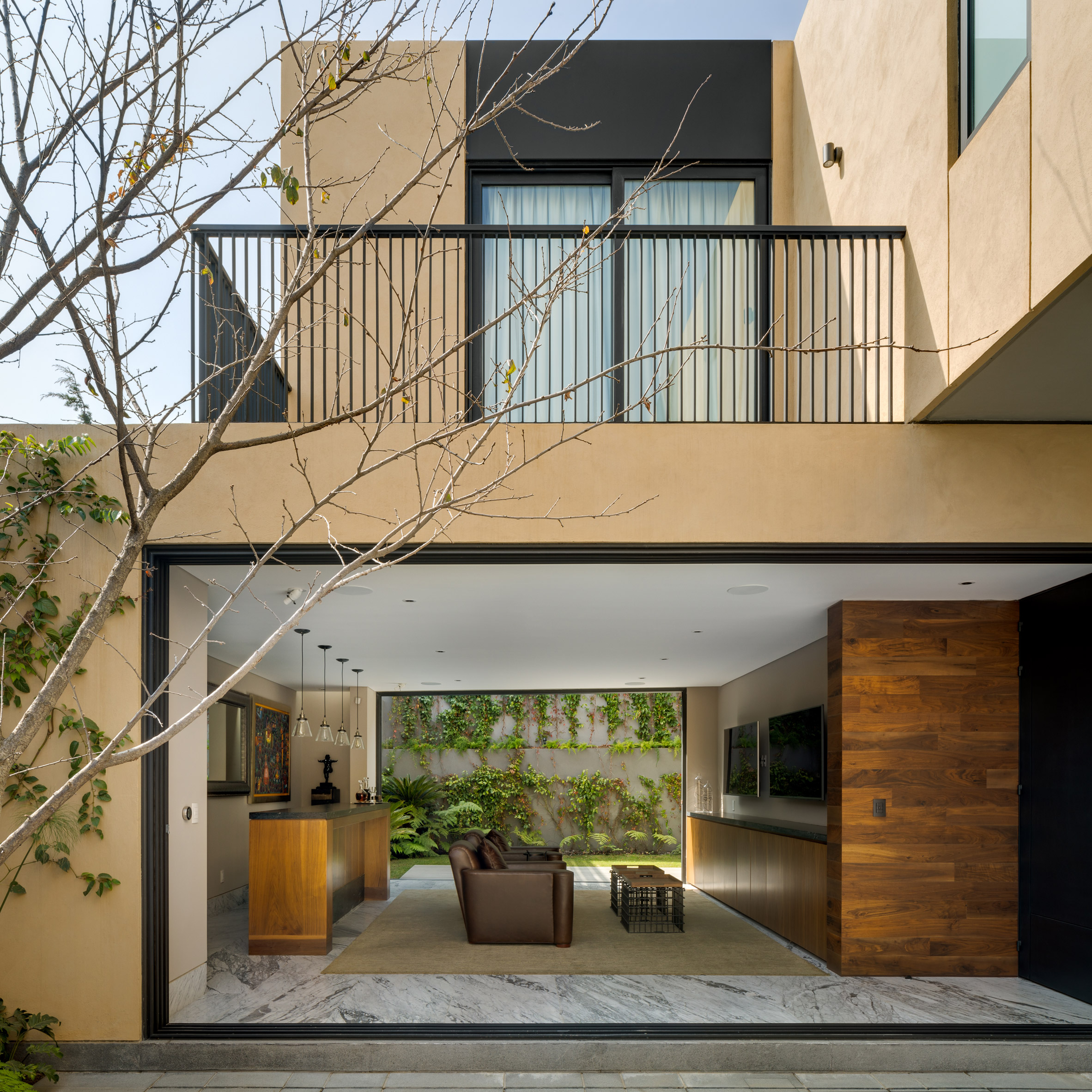 This approach had both environmental and financial advantages, according to the firm.

“Cumbres House is a project that presents an ecological solution because, due to a significant excavation and land withdrawal, it was decided to carry out an on-site production of CEB (compressed earth block) with which it was possible to take full advantage of the natural resources, causing less environmental impact as well as a benefit for the customer,” said the team. 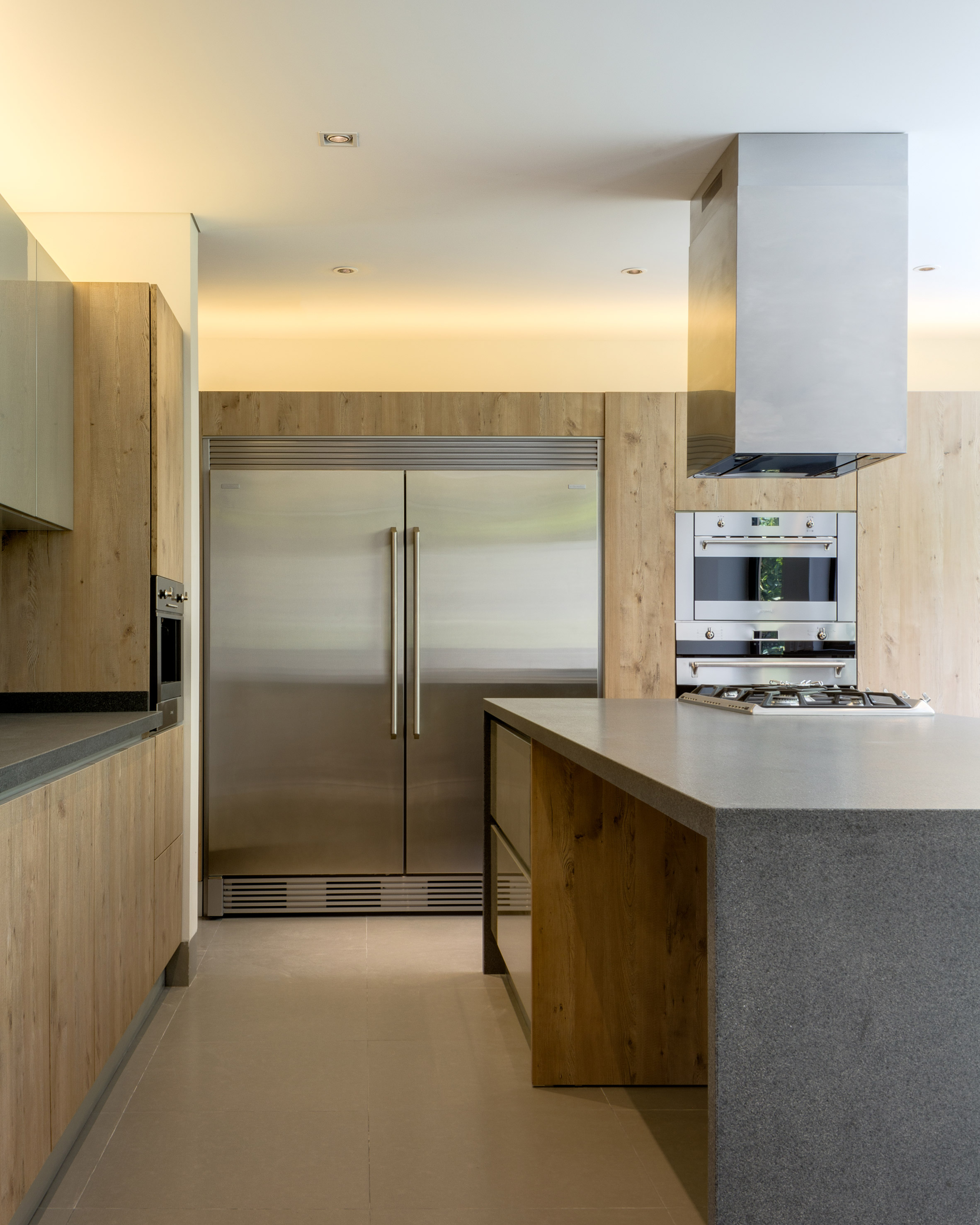 The 517-square-metre building is arranged around two patios – a common feature of houses in Mexico. Similar layouts can be found at a dark-walled residence and a renovated artist’s home, both also in Mexico City. 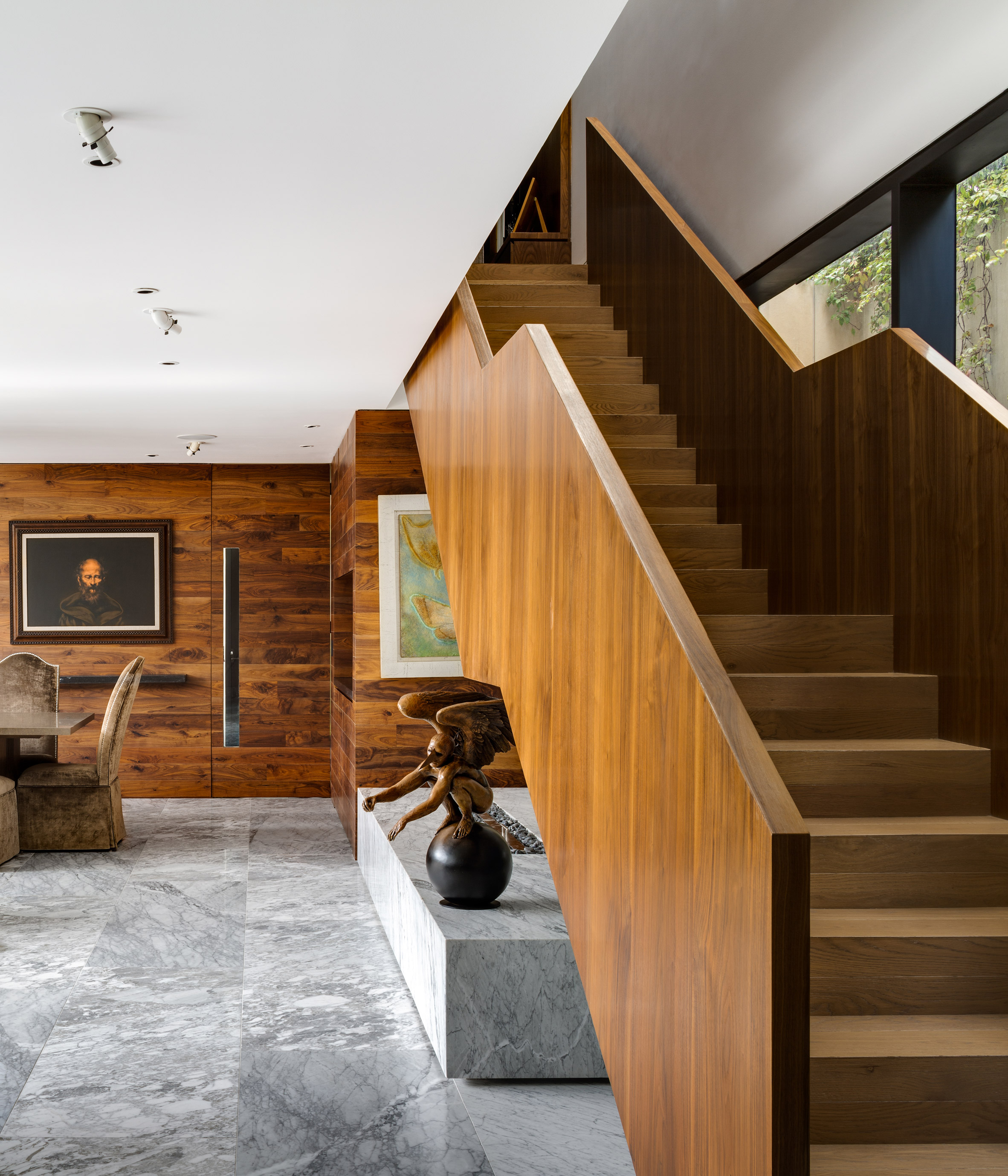 Cumbres House forms a L-shape around the smaller patio, while the space left at the back of the plot also forms a garden with a paved area. The home’s rear wall is angled to run parallel to the site boundary. 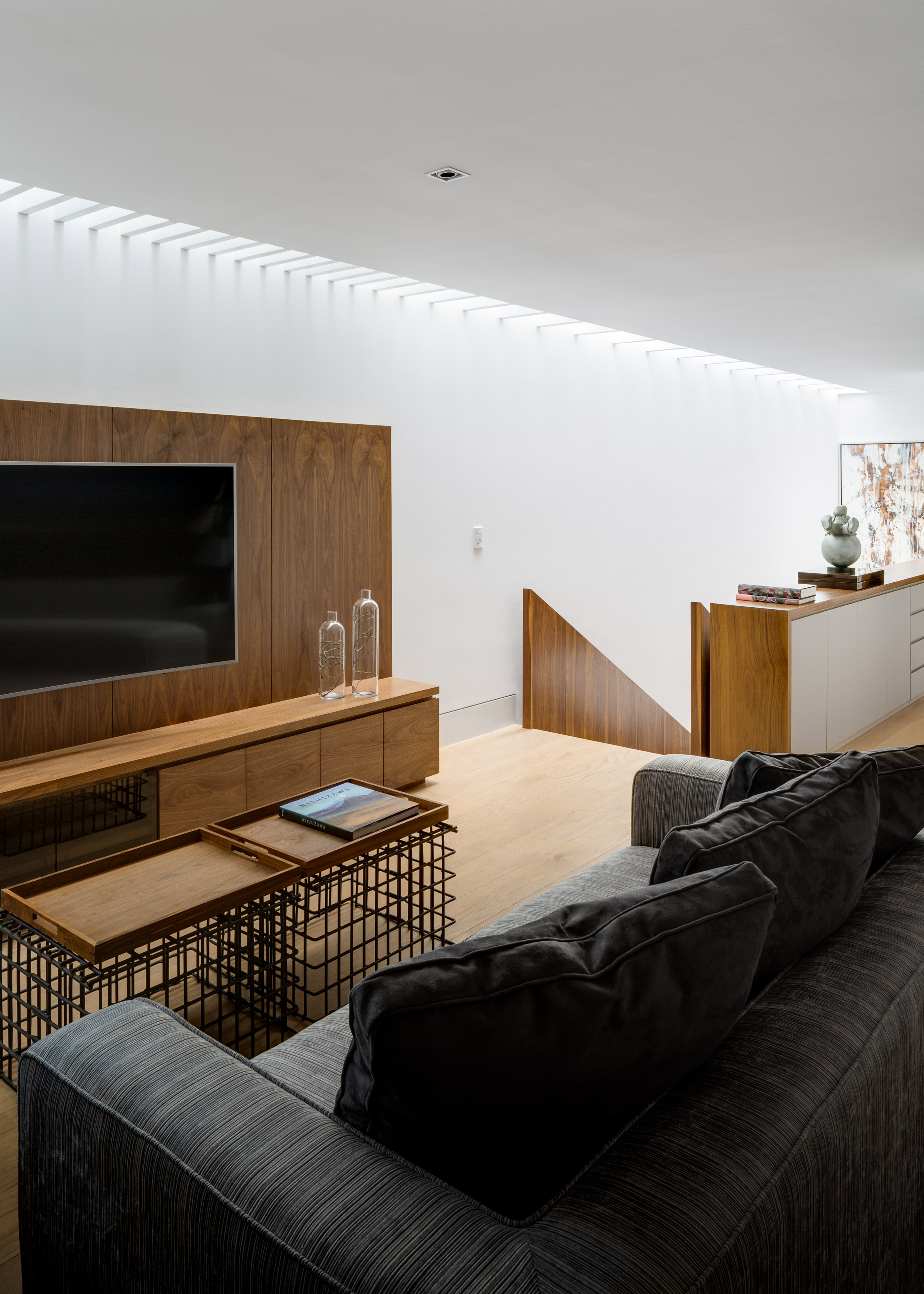 With lots of neighbours close by, the massing on the compact site was arranged to restrict views into the property. 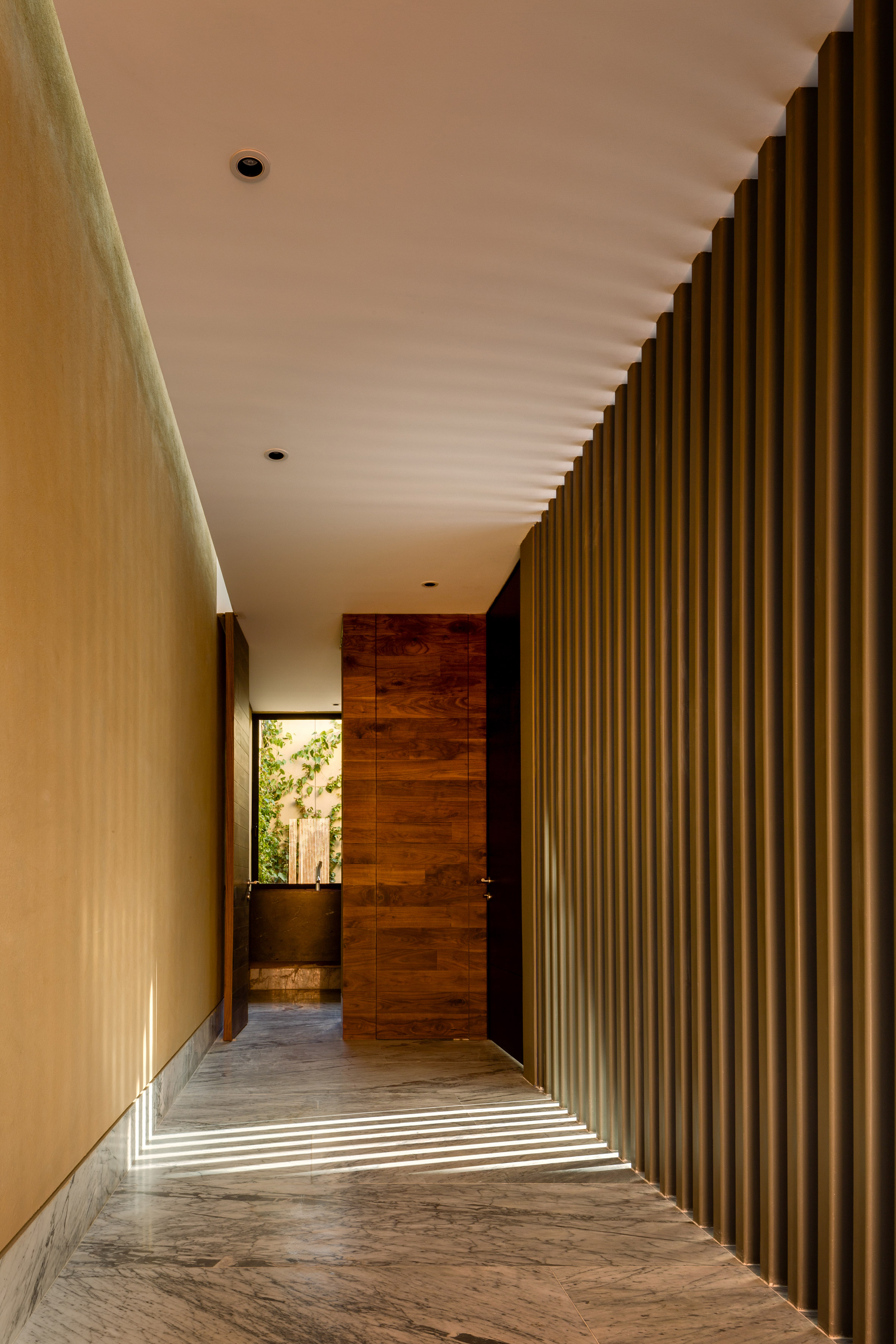 “From the exterior, the project appears to be a grouping of extruded blocks that allude to the impenetrability and the massiveness of the material, while the interior highlights the openness and lightness of these elements in an open floor plan,” said the firm. 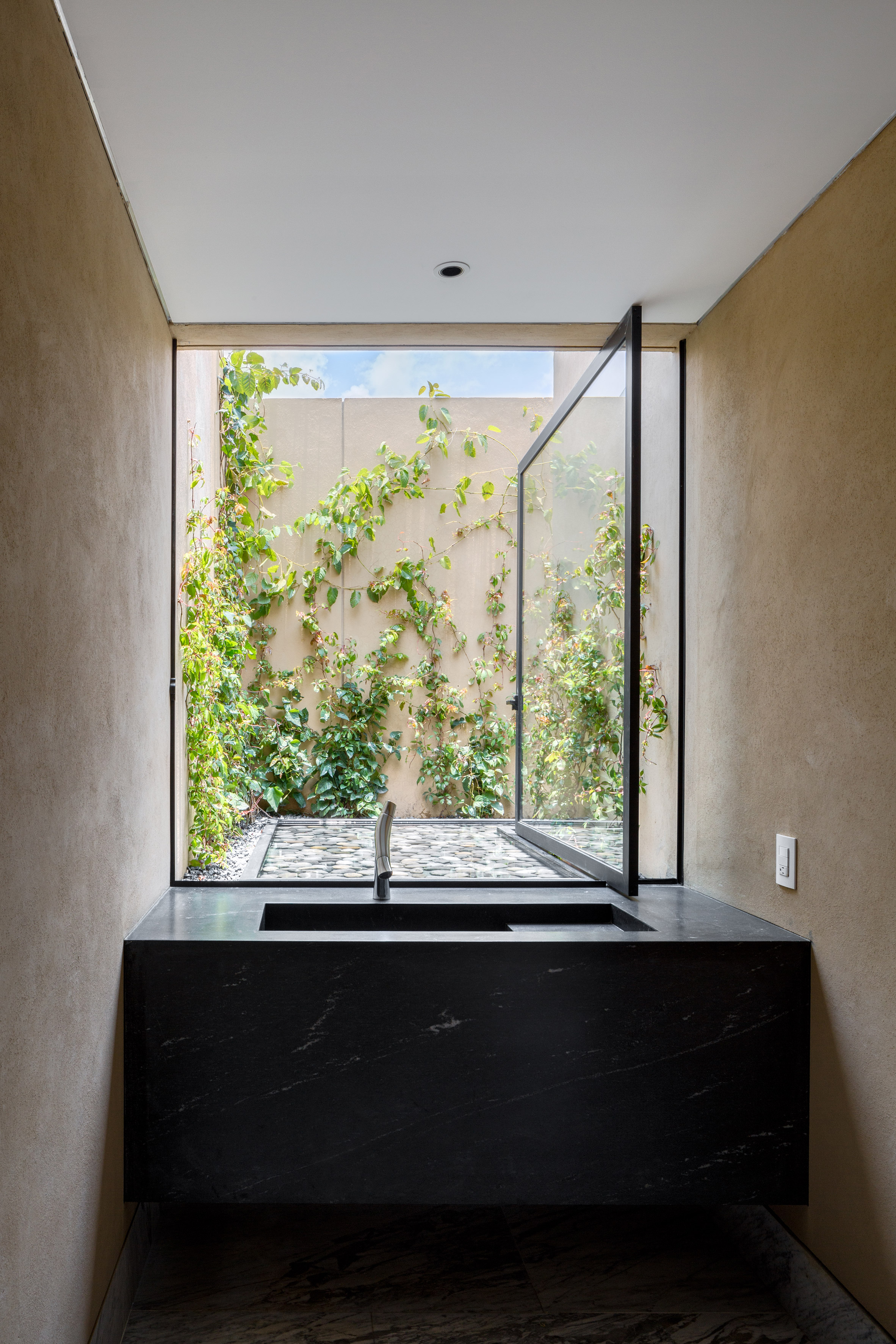 At the front, only two small windows face onto the street. A driveway slopes down to a four-car garage in the basement, where staff quarters are also located.

Past a small pond and through the main timber-lined entrance at ground level, a partition of vertical slats screens the spacious reception room. Two doors lead into an enclosed kitchen at the back, which is located beside a lounge. 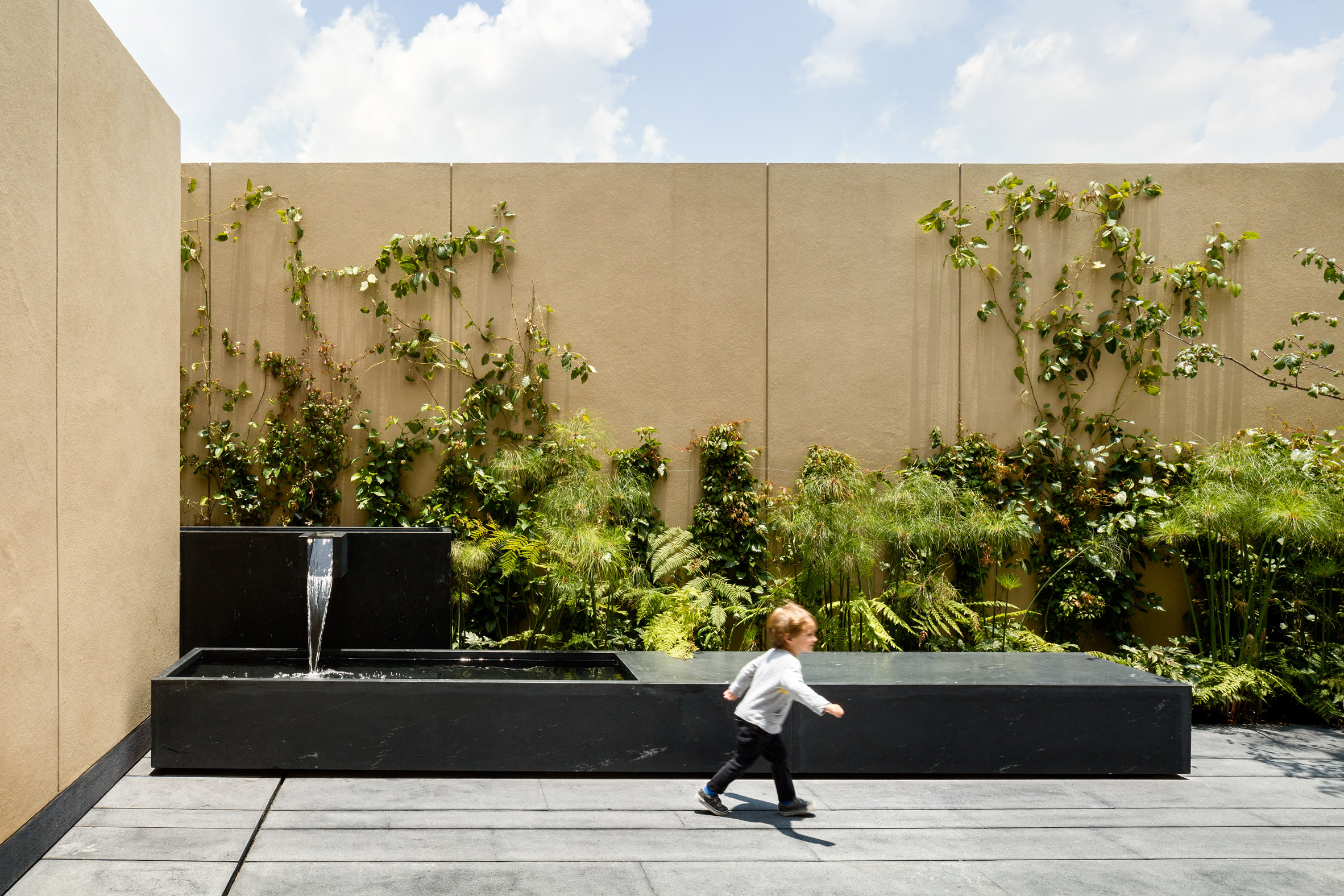 Both sitting rooms open onto the smaller patio once their glazed doors are slid into the walls. A similar system on the other side of the lounge provides a direct connection between the two outdoor spaces. 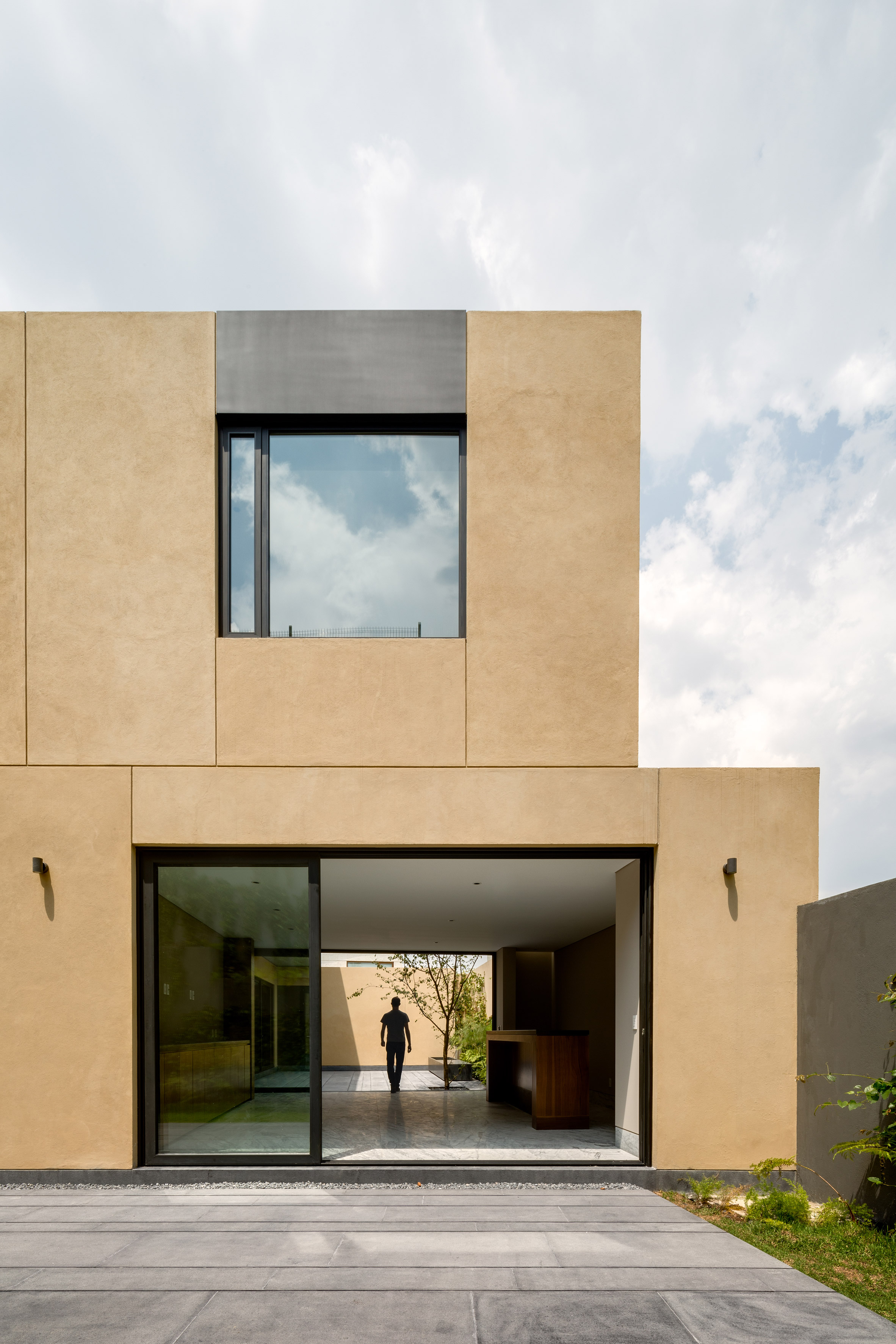 Heavily veined stone is used for the flooring in the living areas, while dark wood lines the walls. The kitchen, however, features a lighter and more modest material palette. 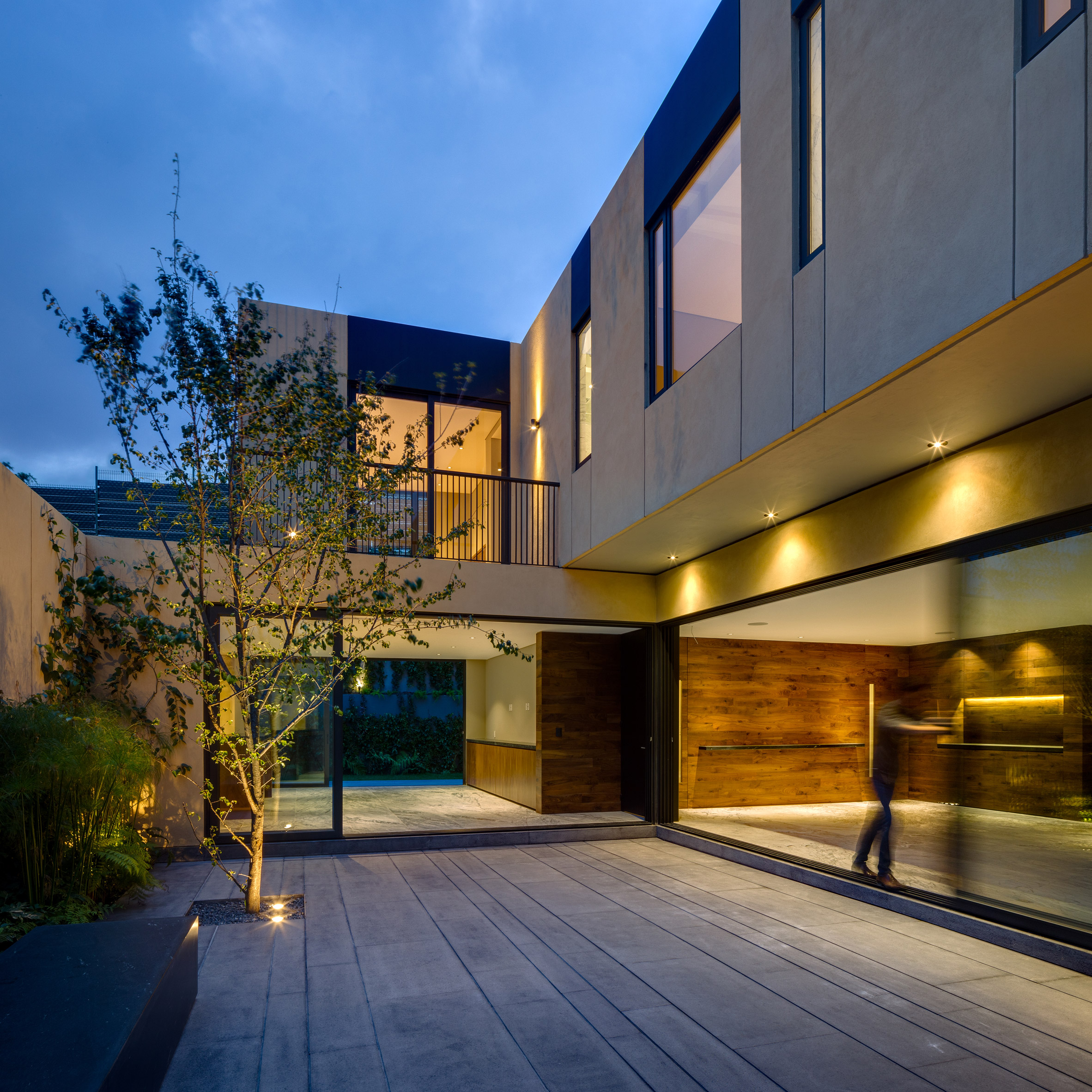 One of the home’s main features is the wooden staircase, which ascends from the reception room past a glazed wall that lets in light from a slither of outdoor space.

Upstairs, seating areas are interspersed between the two bedrooms, three bathrooms and a generous walk-in closet. 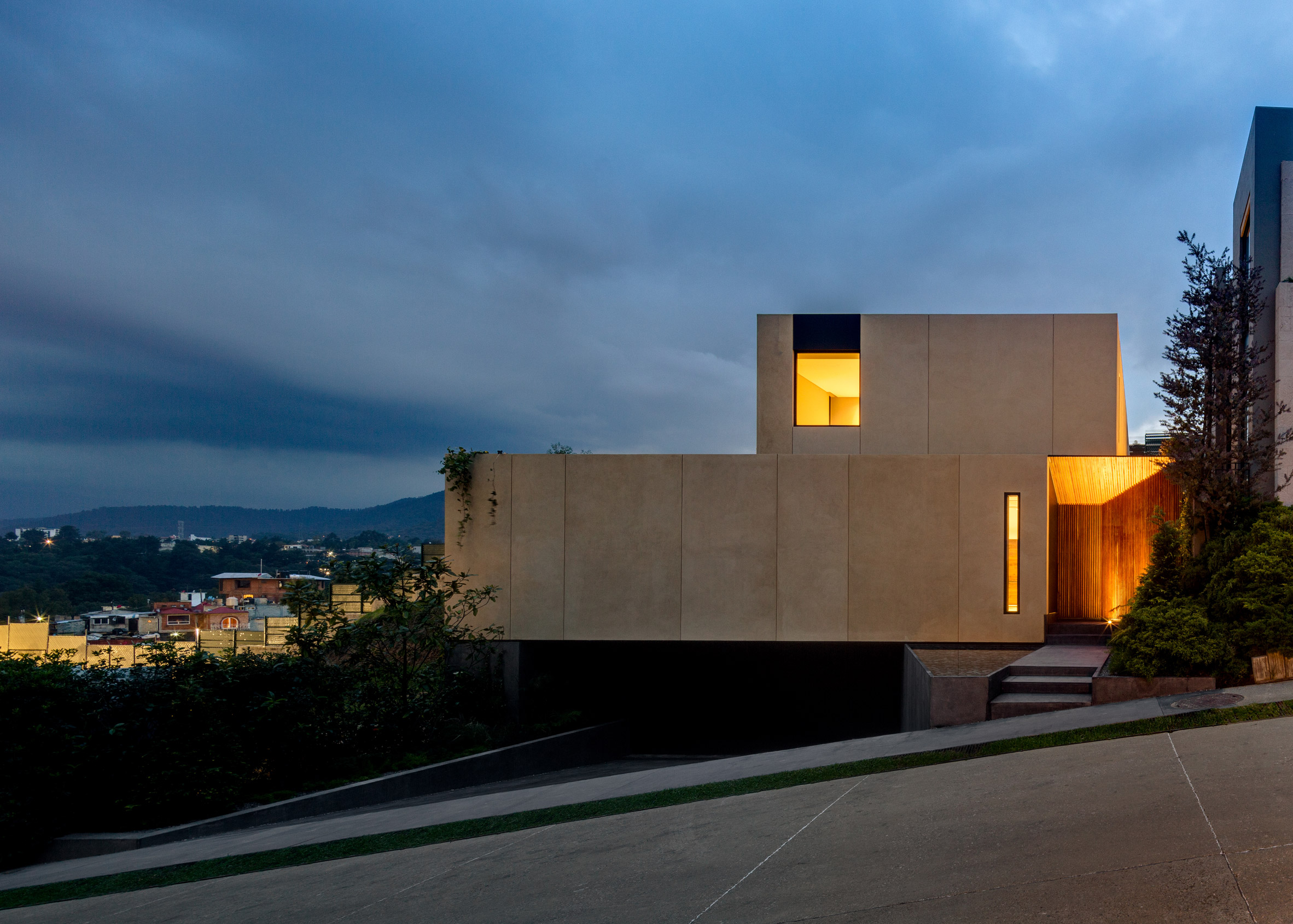 Light pours down the corridor walls from skylights, and the master bed has access to a small terrace overlooking the patio and the city beyond. 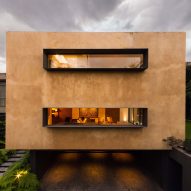