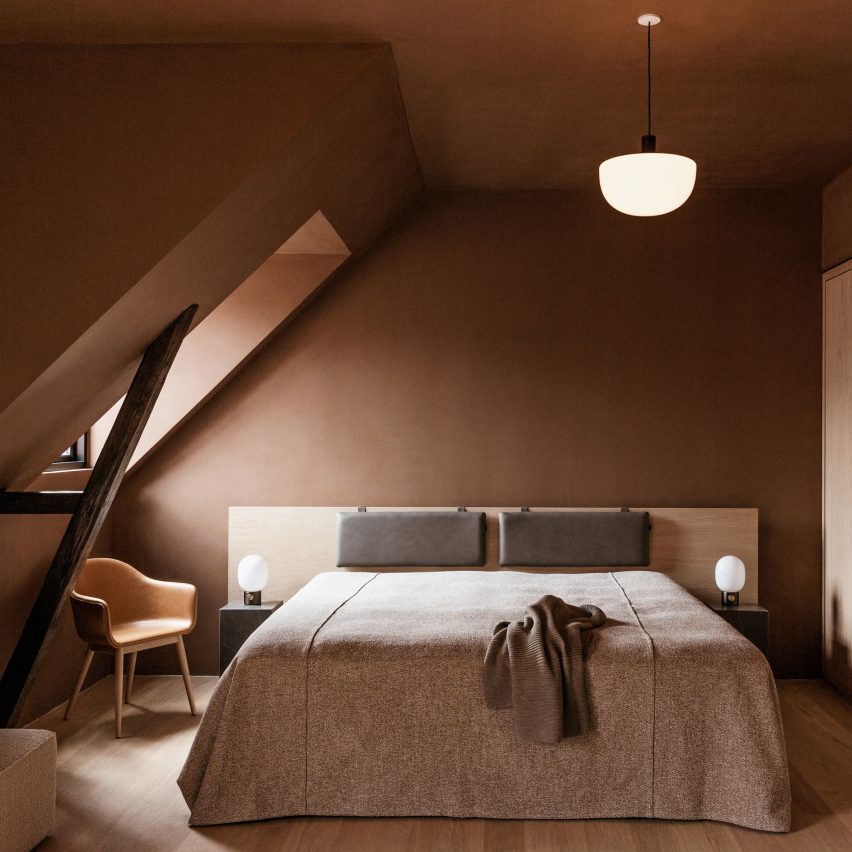 Copenhagen’s The Audo is a hybrid hotel and furniture showroom says Menu founder Bjarne Hansen, in this video produced by Dezeen for the AHEAD awards.

The Audo, which was awarded the title of New Concept of the Year at the 2019 AHEAD Europe hospitality awards, is a 10-room hotel in Copenhagen that Danish design brand Menu designed with architecture studio Norm Architects.

It doubles as a headquarters and flagship showroom for the brand.

Menu’s range of furniture, lighting and home accessories is featured throughout the property, alongside pieces from other brands which are also available for purchase.

“One of the things that distinguishes The Audo from many other places is that you can go in and experience products before you want to buy them,” said Hansen in the video interview, which was shot by Dezeen at White City House in London.

“You can actually purchase everything that you see, from floor to ceiling to furniture. We have 20 brands that are using The Audo as their showroom.”

Alongside the hotel rooms, the Audo also has a variety of flexible public spaces that can be reconfigured for different activities, including a library, a restaurant and a design shop.

“Our thought from the beginning was that it should be possible to use the rooms for as many different purposes as possible,” said Hansen. “You can actually use it the way you want it.”

According to Hansen, these spaces have been designed to encourage spontaneous interactions between guests and visitors.

“We want people to come into our common areas and meet meet each other,” he stated.

Hansen told Dezeen that the furniture and fittings at The Audo will be changed on a regular basis in order to provide guests with unique experiences, as well as to showcase new products from Menu and other featured brands.

“The idea with the hotel rooms is that we will constantly refurbish and redo them so that people will get different experiences,” he said.

“The plan for The Audo in the future would be that it would never stay like it is,” he continued. “We will always make new partnerships, refurbish and redo things, so that it lives and continually has new things to offer.”

This video was produced by Dezeen for AHEAD. It was filmed at White City House in London. Photography is courtesy of AHEAD and The Audo.

The post At The Audo hotel "you can purchase everything you see" appeared first on Dezeen.