Windows appear to have been carved out of the curving walls of this cylindrical church in the Czech Republic, designed by Brno-based studio Atelier Štěpán.

Atelier Štěpán designed the Church of St Wenceslas for Sazovice, a village in the Zlín Region that had wanted a new church since before the second world war.

The studio based its design on the circular Romanesque churches built in the 10th century, often called rotundas. In particular, the team focused on a building that Bohemian duke Saint Wenceslas built in Prague, which was later incorporated into the city’s St Vitrius cathedral. 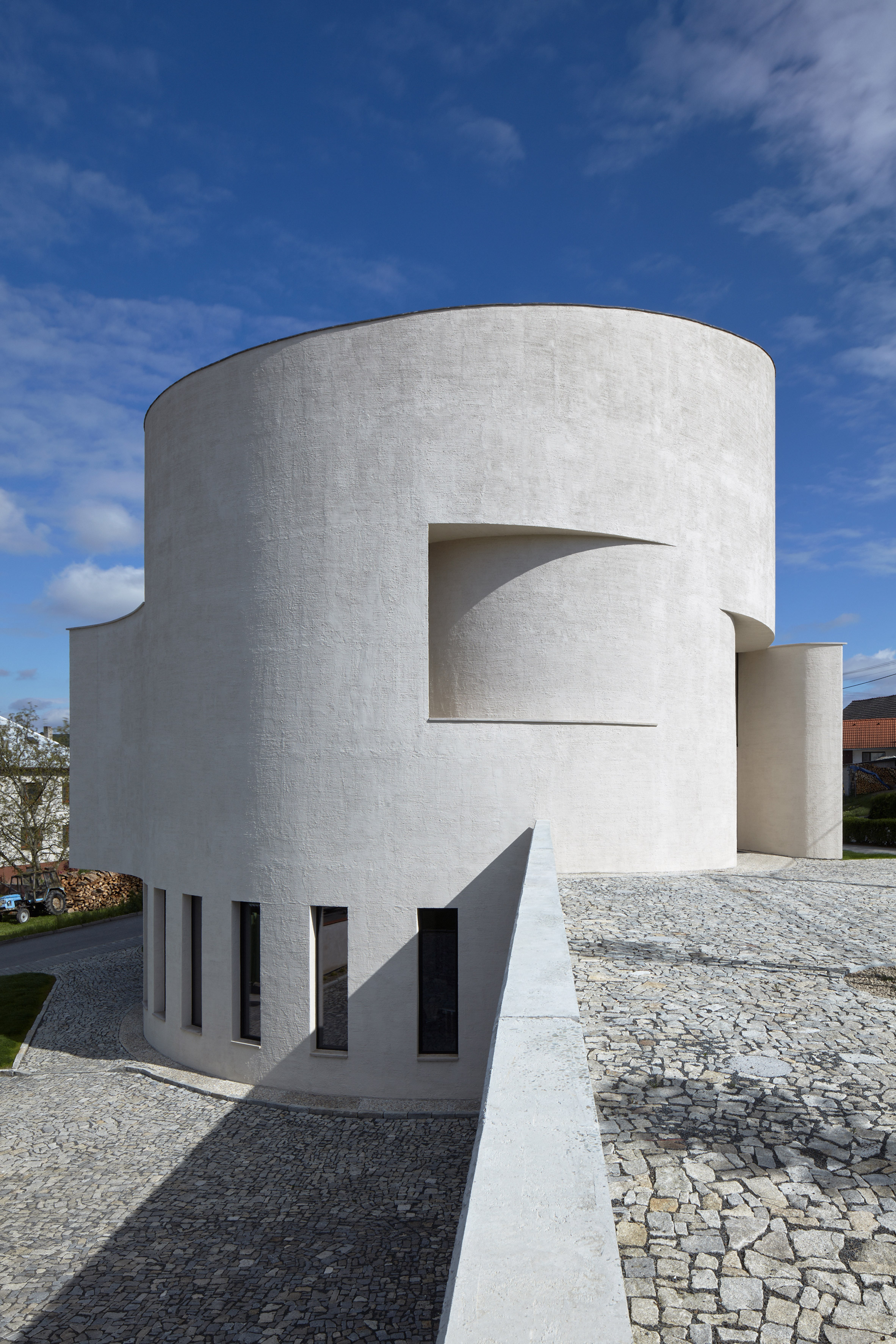 Reinforced concrete was used to create the cylindrical volume. The concrete surfaces are coated in pale plaster, which is imprinted with linear brush marks.

Scoops in the walls contain window, allowing light to gently filter in and create a gradient of shadow on the interior walls. There is also an opening at the top of the building, which provides an alcove for a grid of church bells. 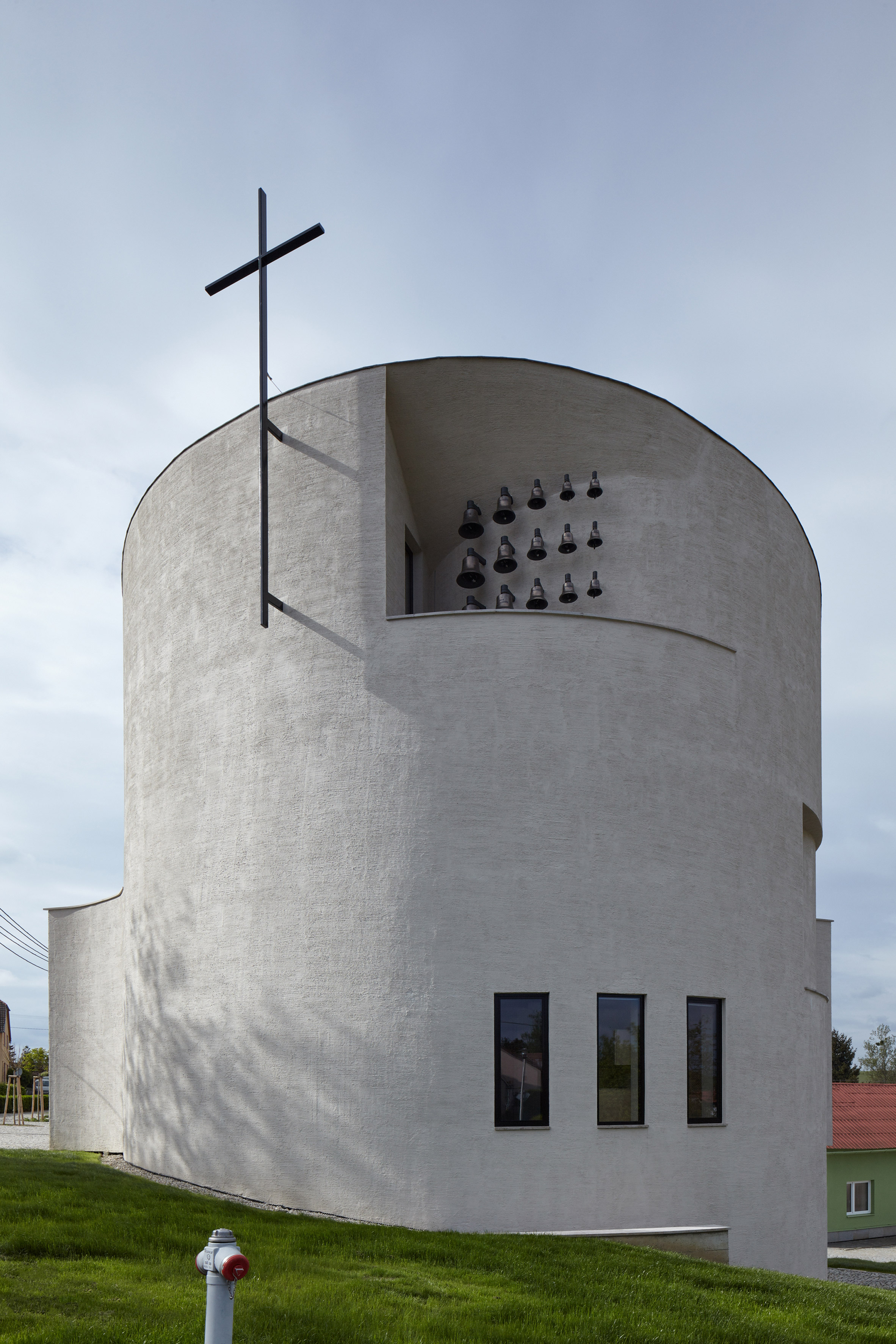 “When you observe the volume, you feel the lightness made by the design principle of tapering the walls into tiny lines. It’s like cutting a paper cylinder and exploring its possibilities,” said architect Marek Jan Štěpán.

“I created the windows by pushing and pulling the cuts, and letting the light glide softly on the walls.” 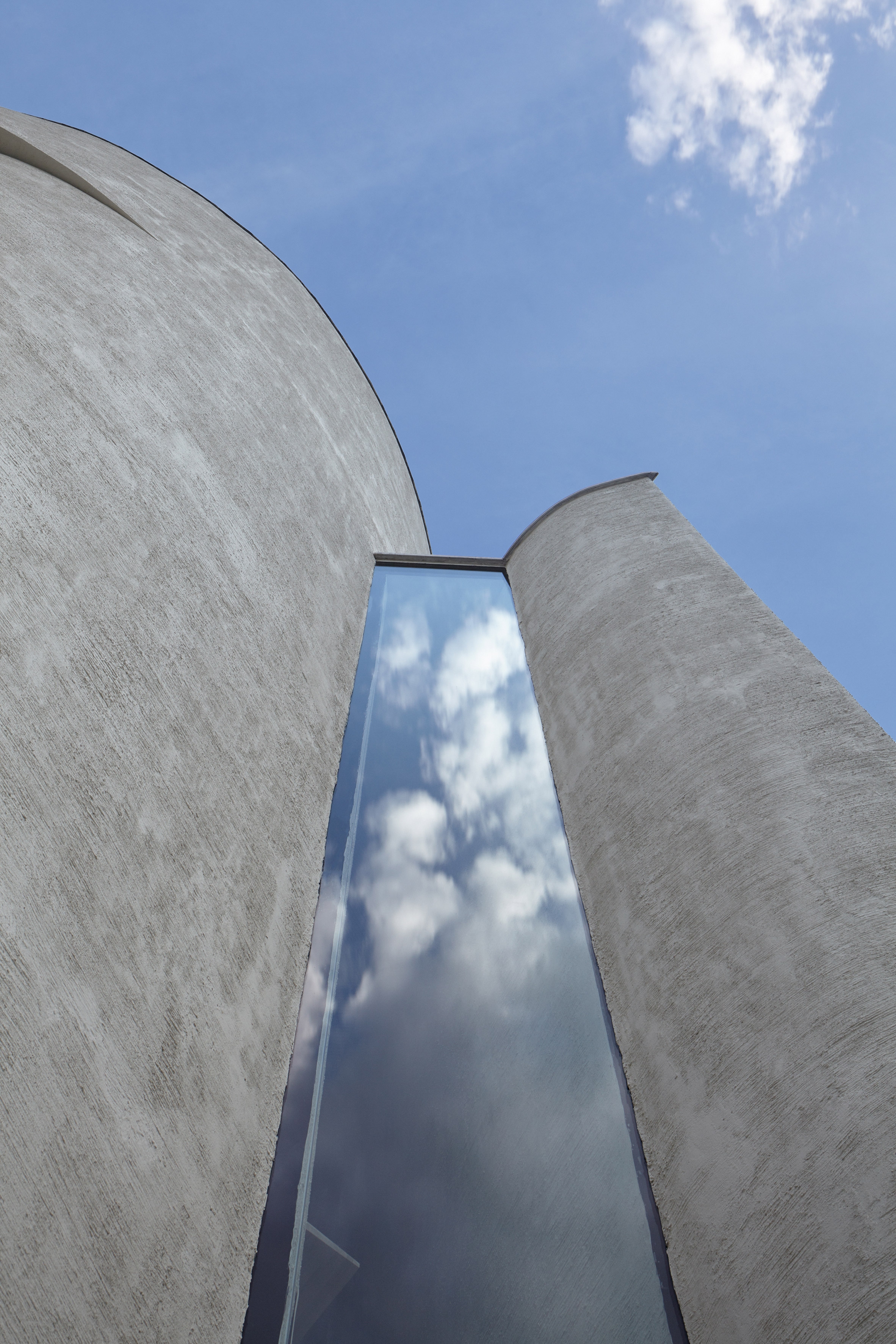 The Church of St Wenceslas occupies a sloping site, which made it possible for the design team to create paved yards on different ground levels. These are linked by a curved pathway on the exterior.

On the top level, one of the walls curls open to reveal the tall main entrance, which leads into the three-storey-high worship space. 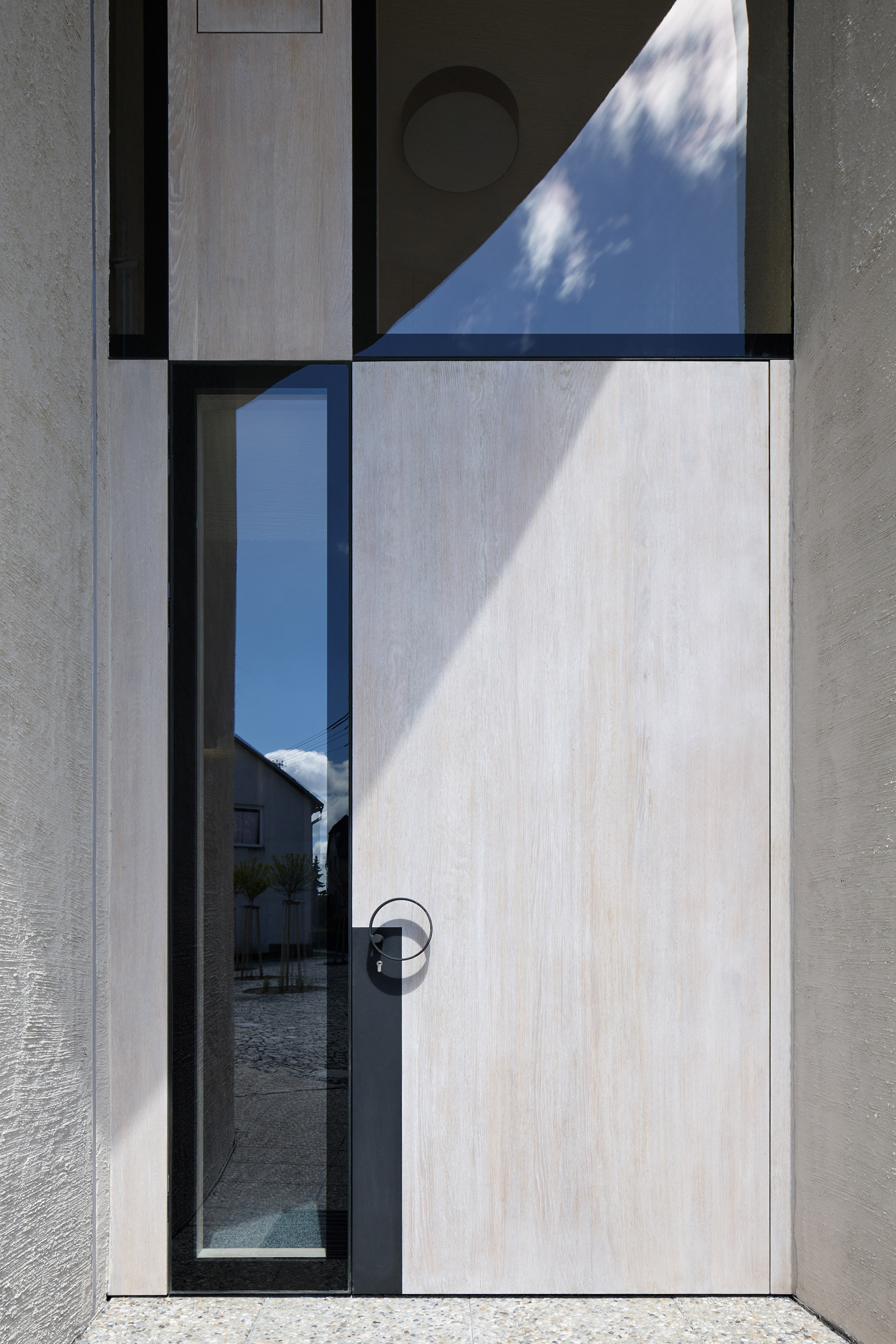 The church also features a sloped lattice wood roof – a contrast to the domed roofs of typical rotundas. This is punctured by a triangular skylight, which is positioned above the platform hosting the altar and pulpit. Both of these are sculptural golden forms. 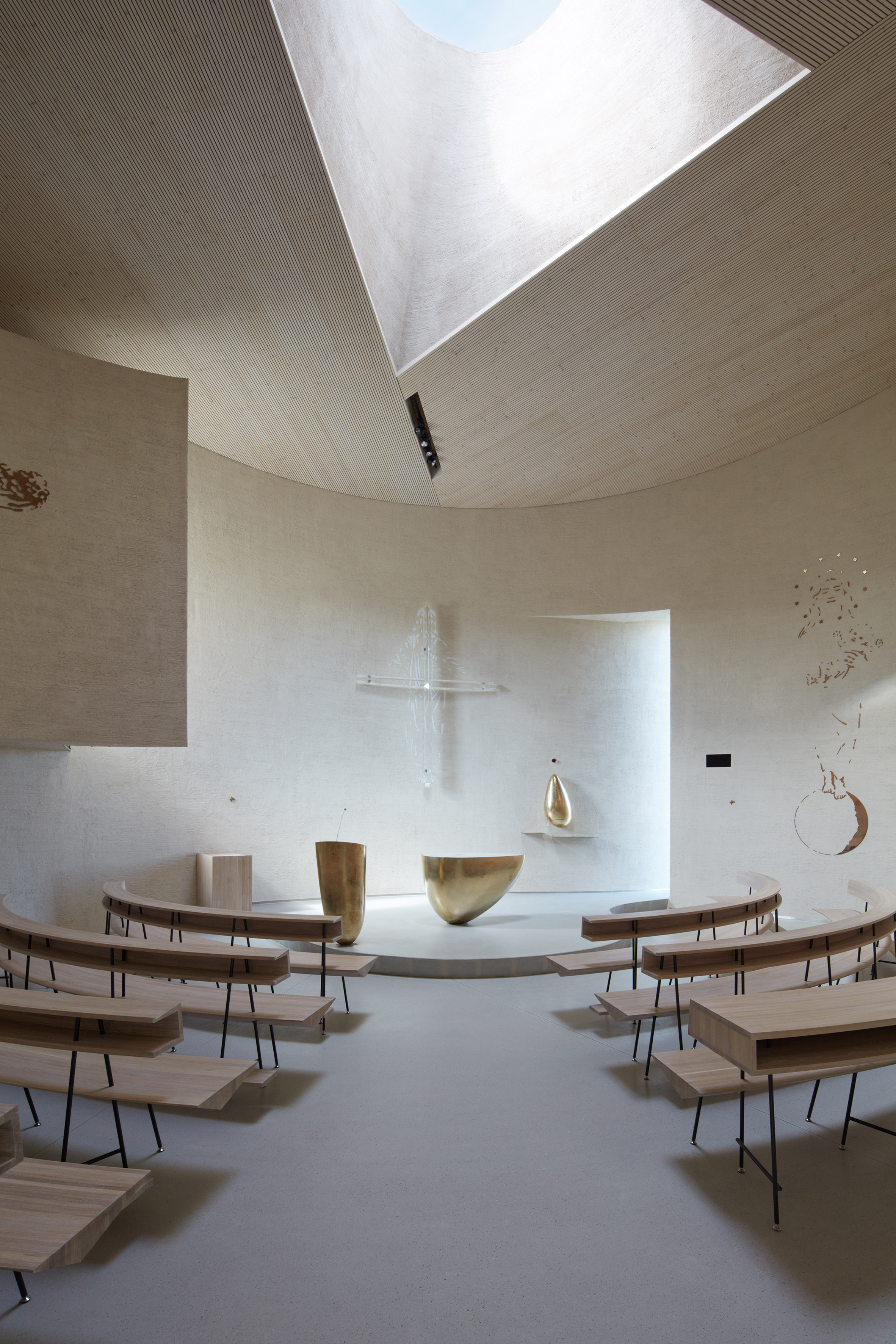 On the whole, the interior is pared-back and clean in appearance. Curved wooden pews are arranged around the altar, while wooden storage cupboards are built into the rear walls, and the windows are frameless. 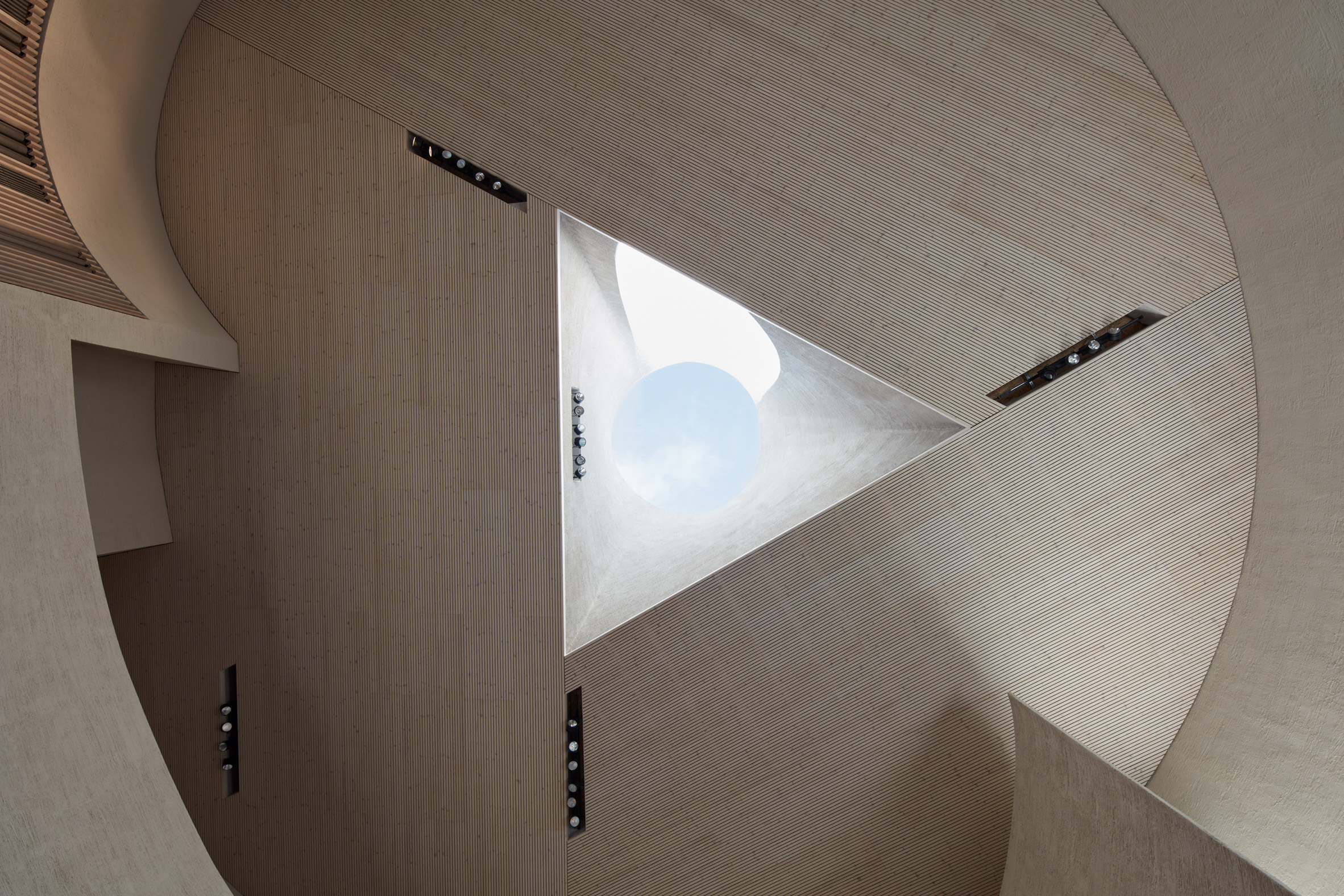 A concrete spiral staircase leads to the building’s upper level, which faces over the alter. It also provides access to a basement floor continuing more private spaces, including a small study room. 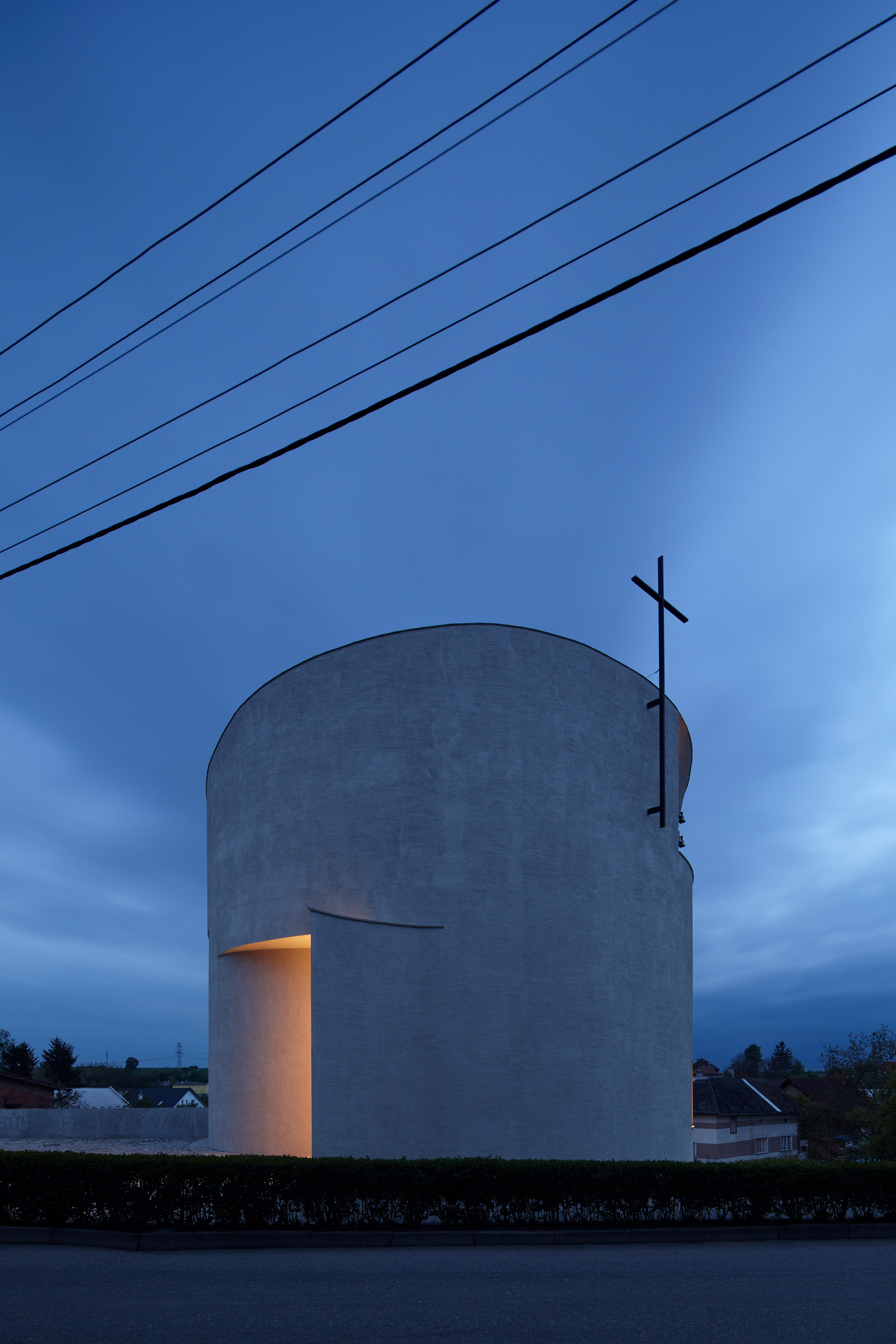 Atelier Štěpán isn’t the only recent studio to design a place of worship with a round shape. Other recent examples include a temple in Chile and a chapel in England. 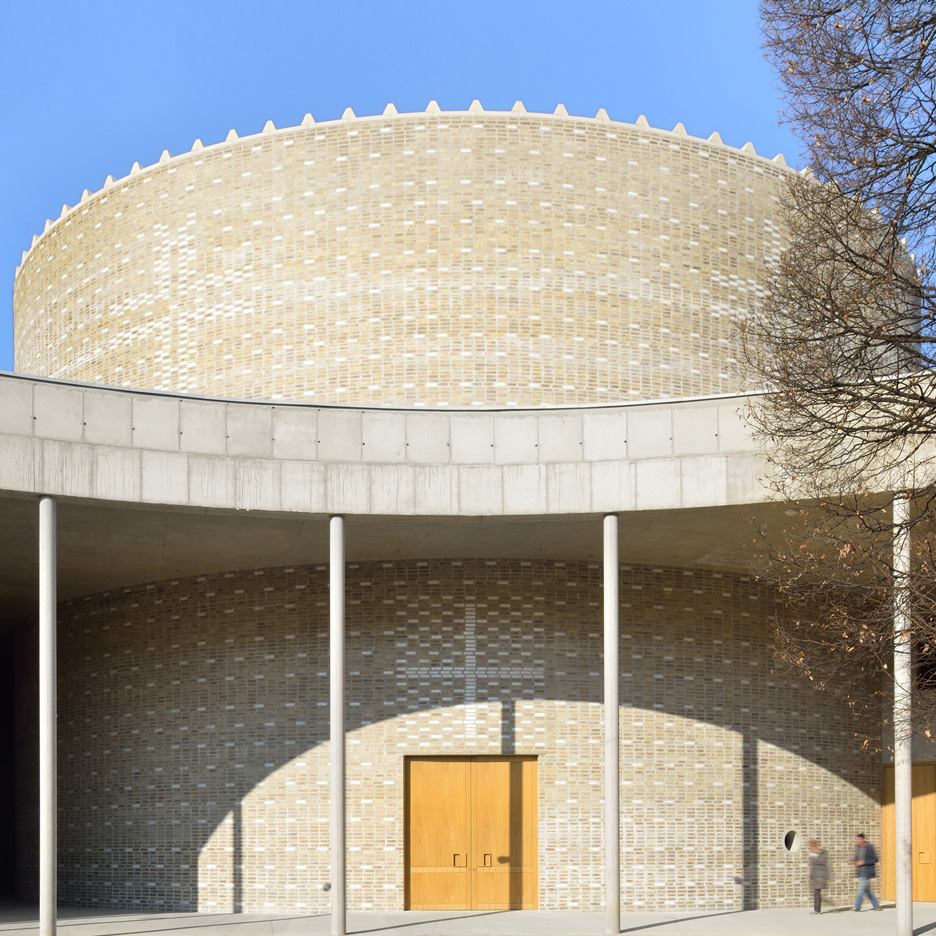 Photography is by Boys plays nice.