Portuguese practice Aurora Aquitectos has transformed an old family home near Lisbon into a hostel, with colourful accents throughout based on the tropical patina of sunshine and vacations. 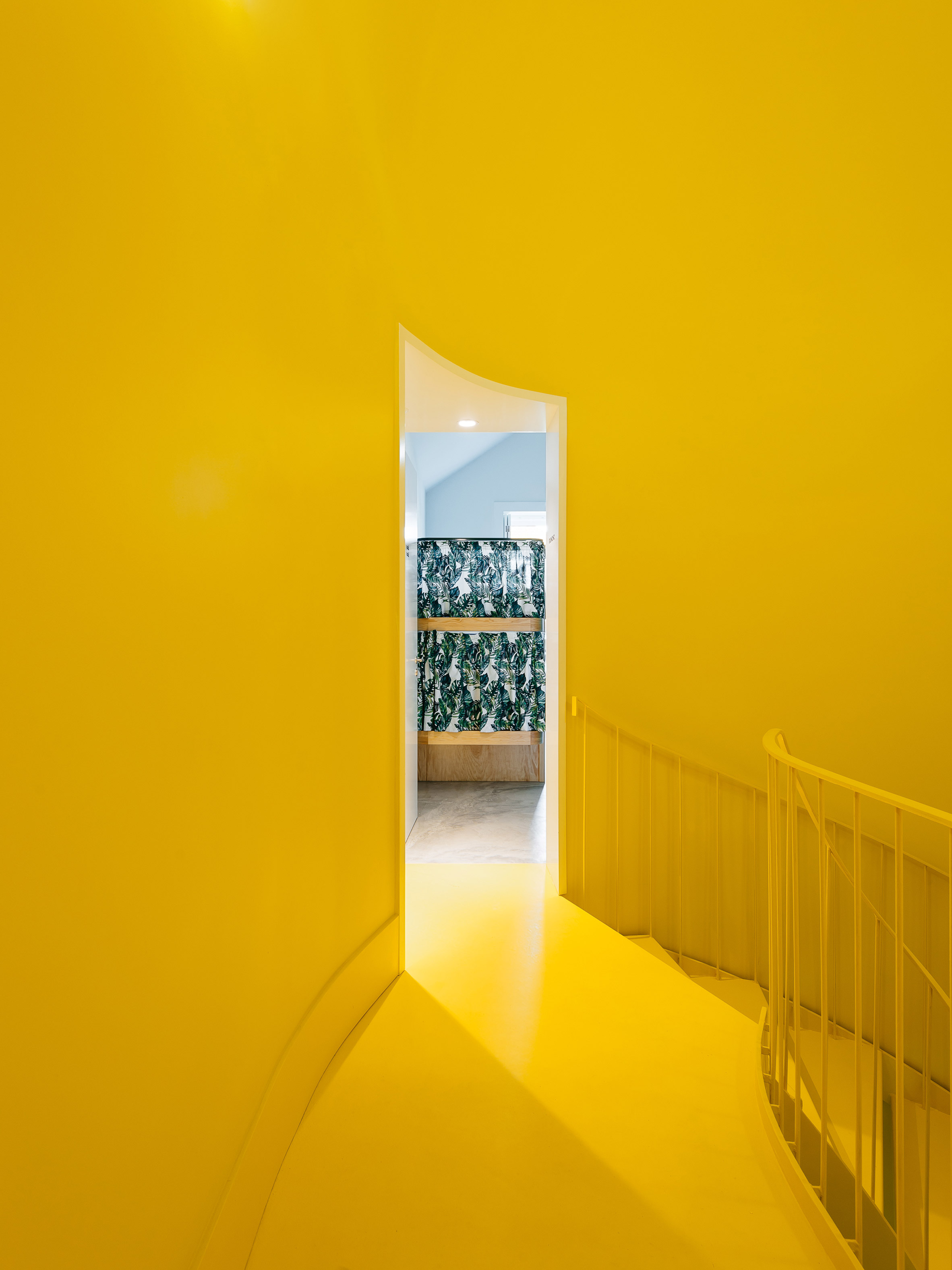 The hostel is situated just west of the capital in the coastal town of Cascais, an area frequented by both locals and tourists for its marina and sandy beaches.

Formerly a family home, the property was acquired by an entrepreneur who is hoping to set up a network of hostels throughout Portugal. 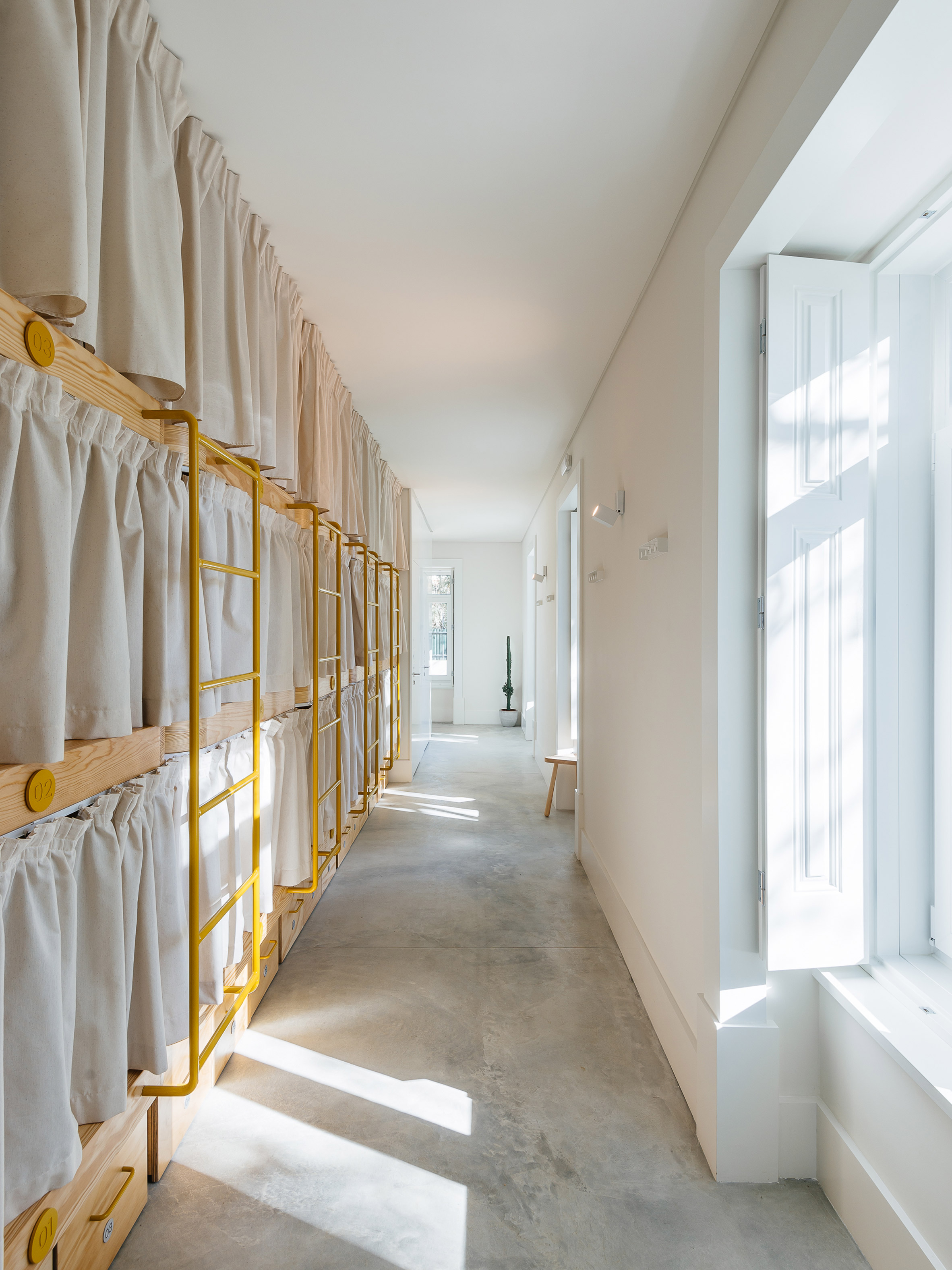 They tasked local practice Aurora Arquitectos with the creation of the first branch, specifying in the brief that the guest accommodation should have a high level of flexibility.

“The building’s overall structure derived from the logic of easy future transformation,” said the practice, which is led by architects Sofia Couto and Sérgio Antunes. 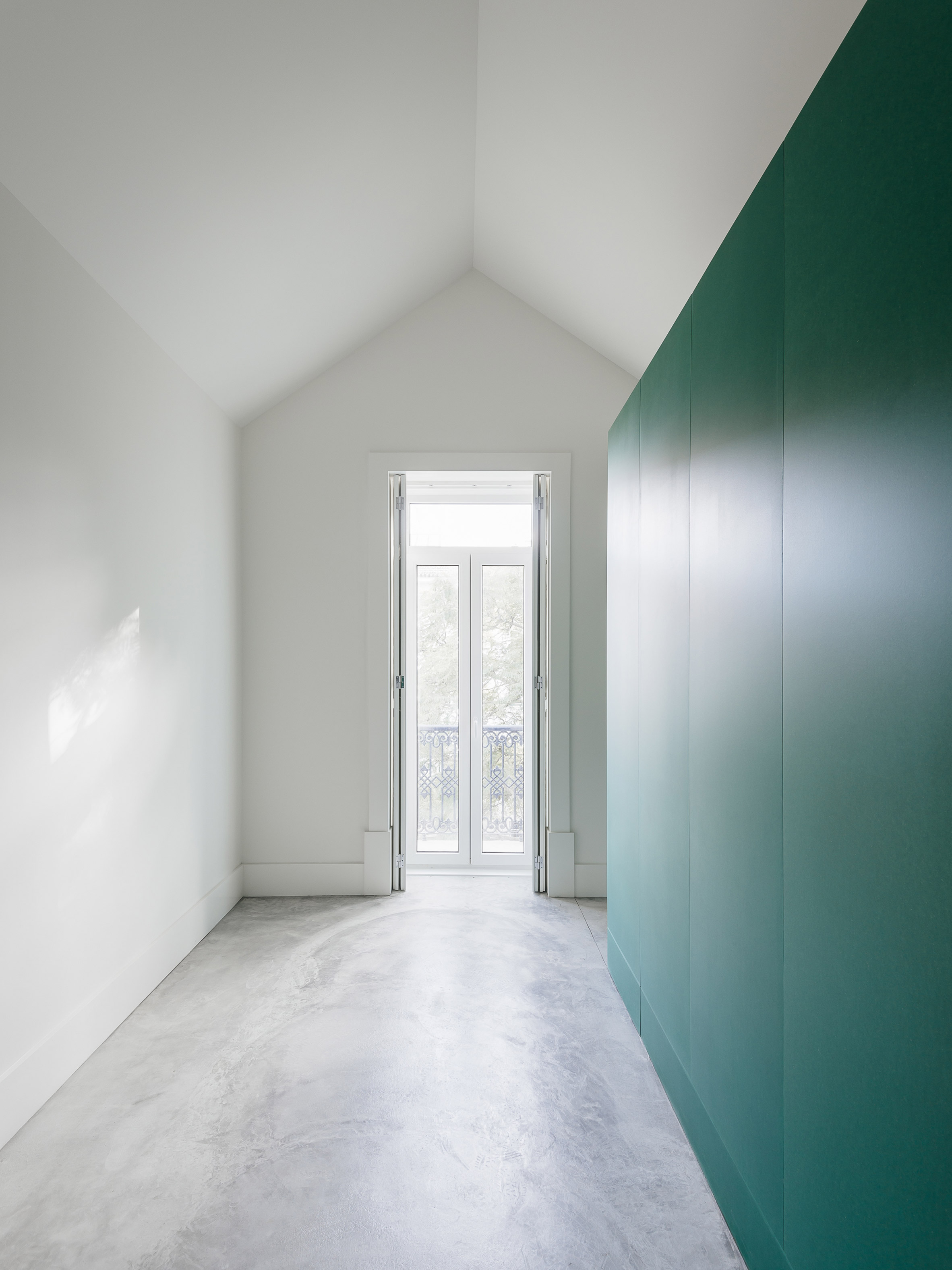 To begin, the architects used laminated steel to restore the largely dilapidated framework of the building. Only the roof, with its four pyramid-shaped protrusions, was left intact.

The interior has been divided into nine rooms that are arranged over three floors, all of which have been finished with white walls and polished concrete flooring. They are connected via a central stairwell that has been almost entirely painted bright yellow. 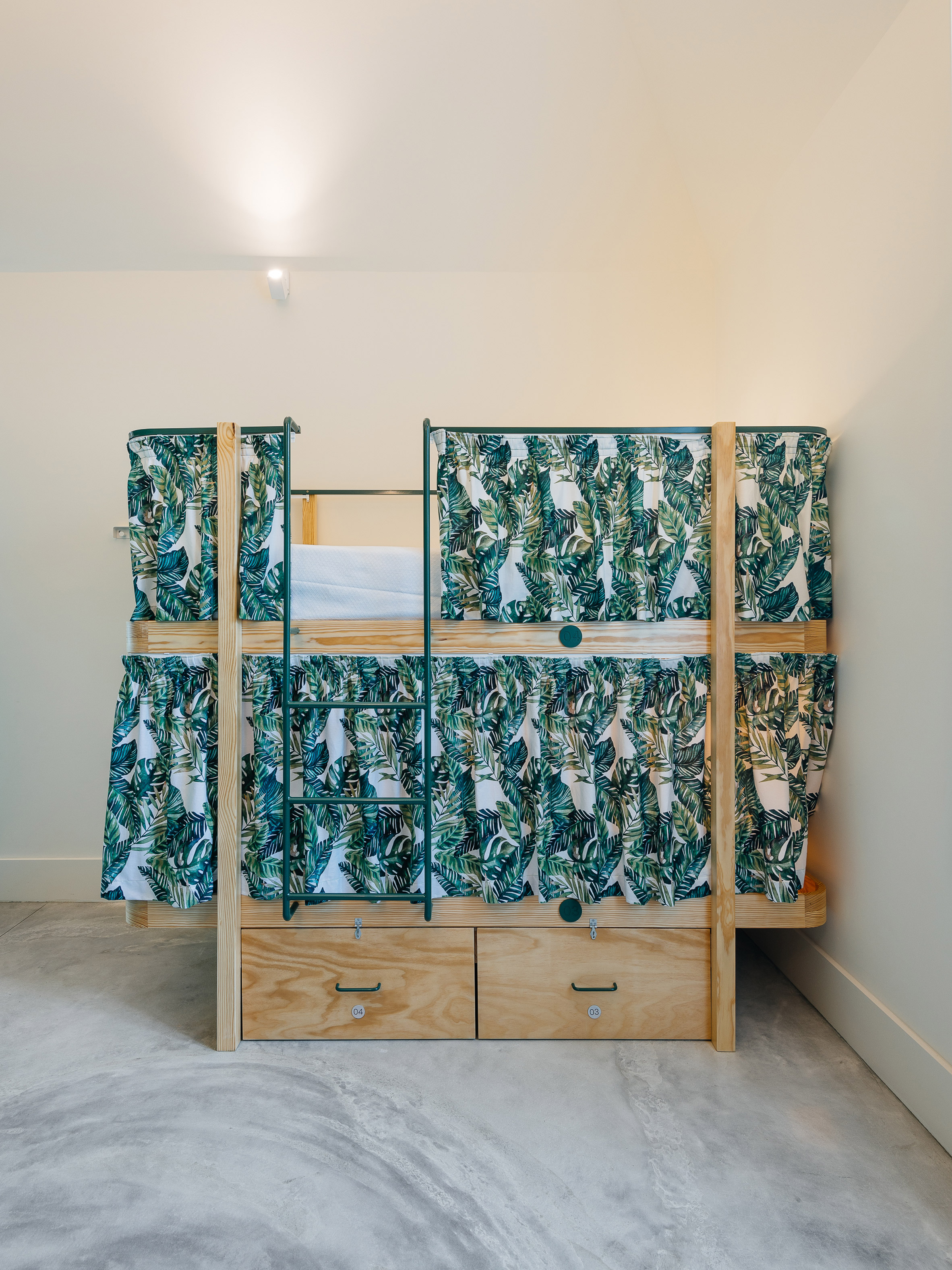 Bold splashes of colour also appear in the bedrooms – each one on the first floor features a sea-green boxy volume that houses bathroom facilities. Palm leaf-printed fabric has then been used to create curtains for privacy on the bunkbeds. 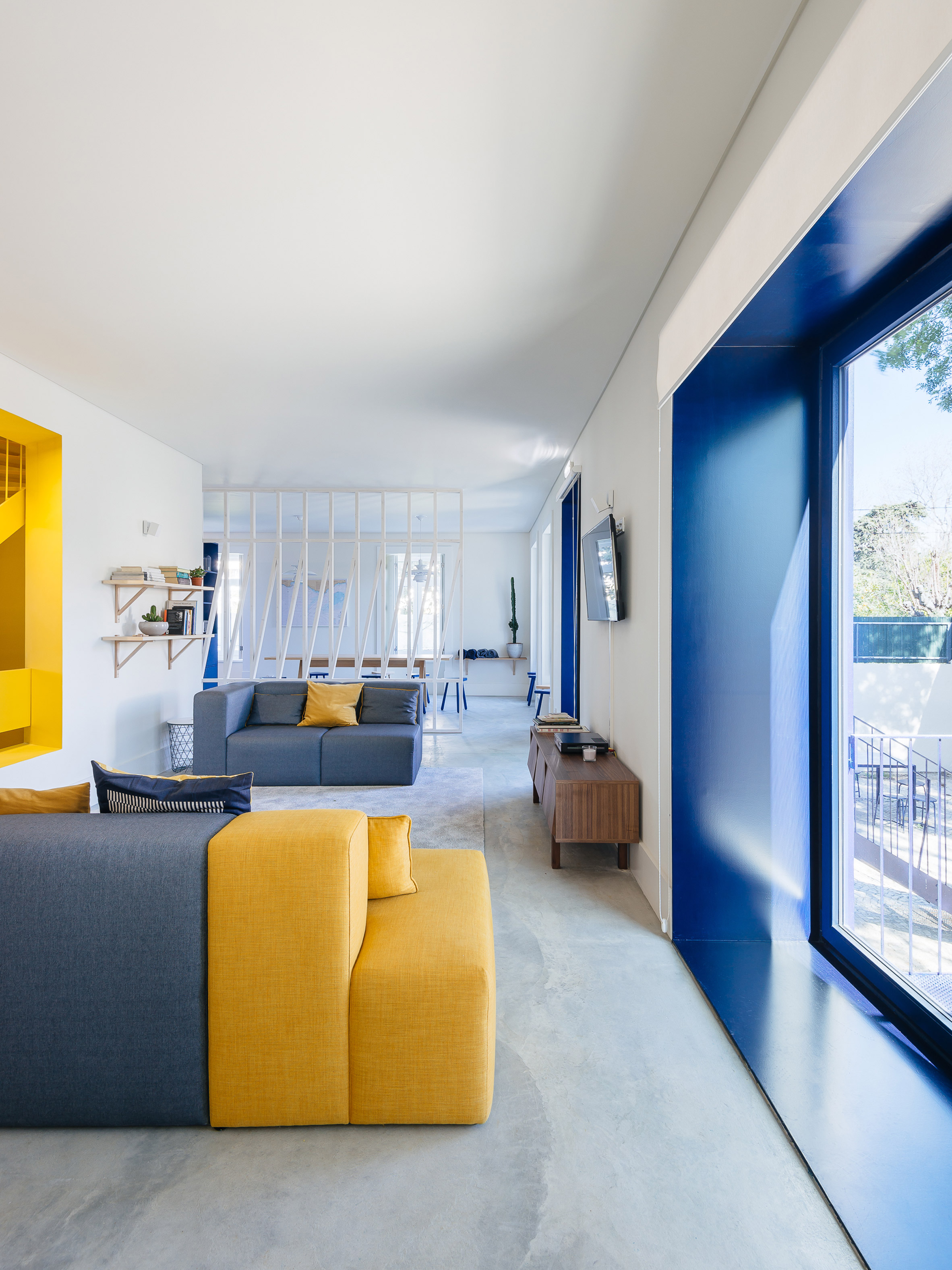 Communal areas on the ground floor have been completed with cobalt blue shelving units and deep set window frames.

The same shade has been applied to a walkway that runs from the front of the hostel to a rear patio, which serves as an outdoor lounge spot. 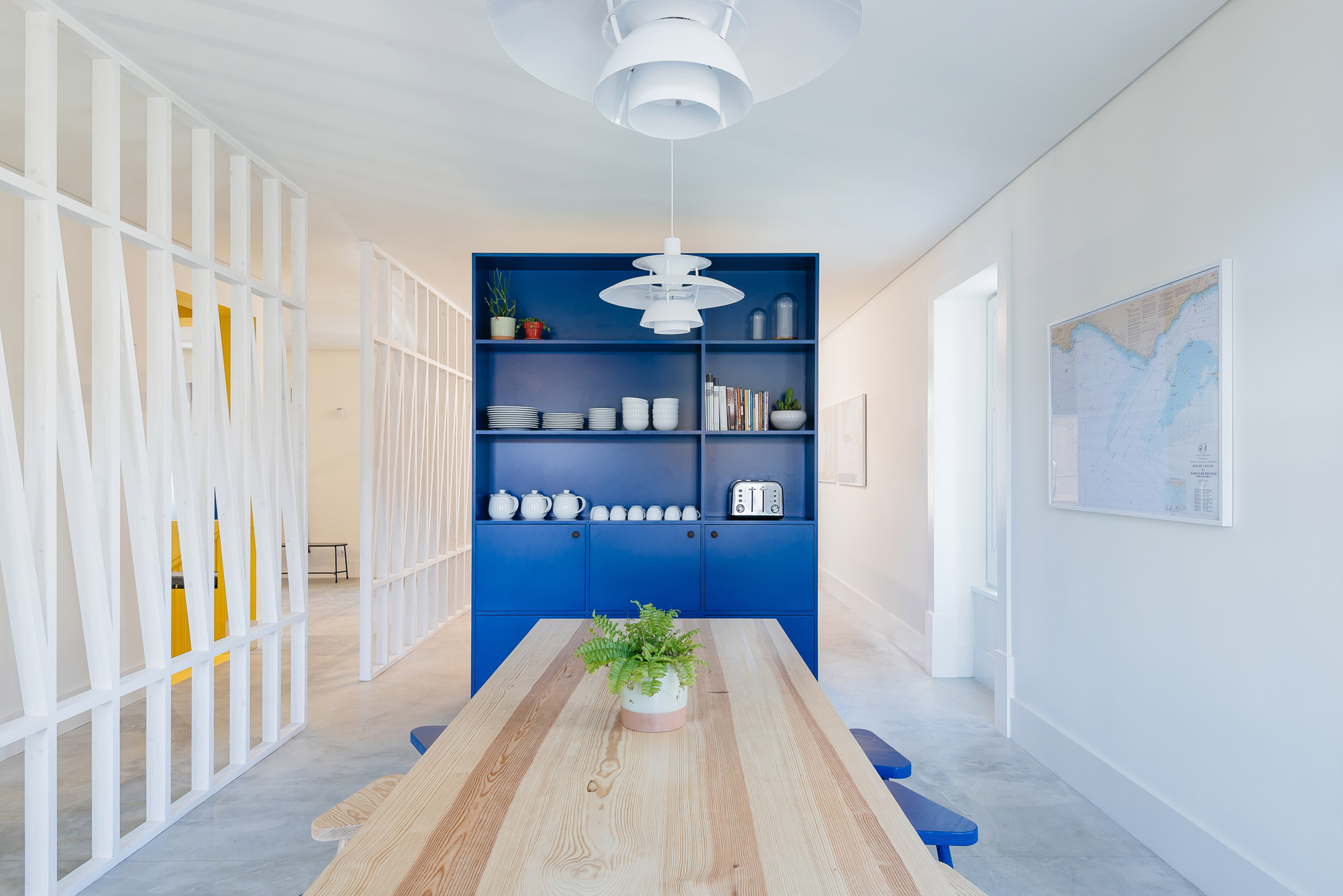 Last year Aurora Arquitectos turned their hand to a 1970s apartment in Lisbon, where they inserted angular skylights and folding walls. For the renovation of another dwelling in the city they knocked through a series of partition walls to draw attention to “ruptures” in its original structure.

Photography is by Do Mal o Menos.